4 Most Dangerous Spiders Around Canada

Many countries are famous for being home to some of the world’s dangerous or bizarre creatures. But not many know that the Great White North has its fair share of hazardous insects.

You may have heard of blackflies and mosquitos, but did you know that Canada is home to many dangerous spiders as well? But many spiders have found their way into the country through transportation from other countries, usually of fruits.

Whether or not you are interested in spiders is one question, but are you fine with them finding their way into your home?

Let’s have a look at four of the dangerous spiders every Canadian should know about.

The brown recluse spider is surprisingly small in size, but that doesn’t mean its bite is harmless. These little spiders have a very dangerous bite that can leave any person in pain for weeks. It does this by causing a tiny amount of tissue near the bite mark to die.

If it sounds scary to you, then you are right to be scared. There have been a few reports of the brown recluse spider bites. However, they generally stay in dark, undisturbed places, and only attack when threatened.

That is why you must be very careful of these poisonous spiders when cleaning out certain parts of your home, such as the basement, attic, or shed.

The yellow sac spiders are generally found in parts of Central America, California, and a few other places. However, they can easily find their way to Canada through shipments from these countries. These are usually of fruits, grapes more than others.

If you have ever experienced a wasp sting, then you can understand how bad a yellow sac spider bit can be for a person. The bite is worse than a wasp’s sting, and the swelling, as well as pain, can last for weeks. You might even feel muscle pain that lasts a few days.

The black widow species of spider looks quite frightening. They have a distinctive black, shiny, and round bodies with two red triangles around their abdomen. These spiders aren’t usually found in the country. But, much like the yellow sac spiders, they find their way into Canada through shipments of grapes.

However, it is believed that a few varieties of the black widow species are native to the southern areas of Canada.

But luckily, these spiders only bite when they are threatened. They also don’t generally release venom when they bite. But when they do, it can cause muscle pains for weeks. Also, it can be fatal in rare cases.

The wolf spiders are native to Canada, and they have an extremely horrifying appearance. While there are varieties of the wolf spider around the country scaring people by chasing them, they are mostly harmless.

These creatures only bite when they are threatened, and they chase whoever tries to threaten them. However, their bites are not as bad as the spider species mentioned above. 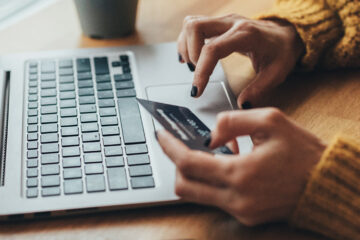