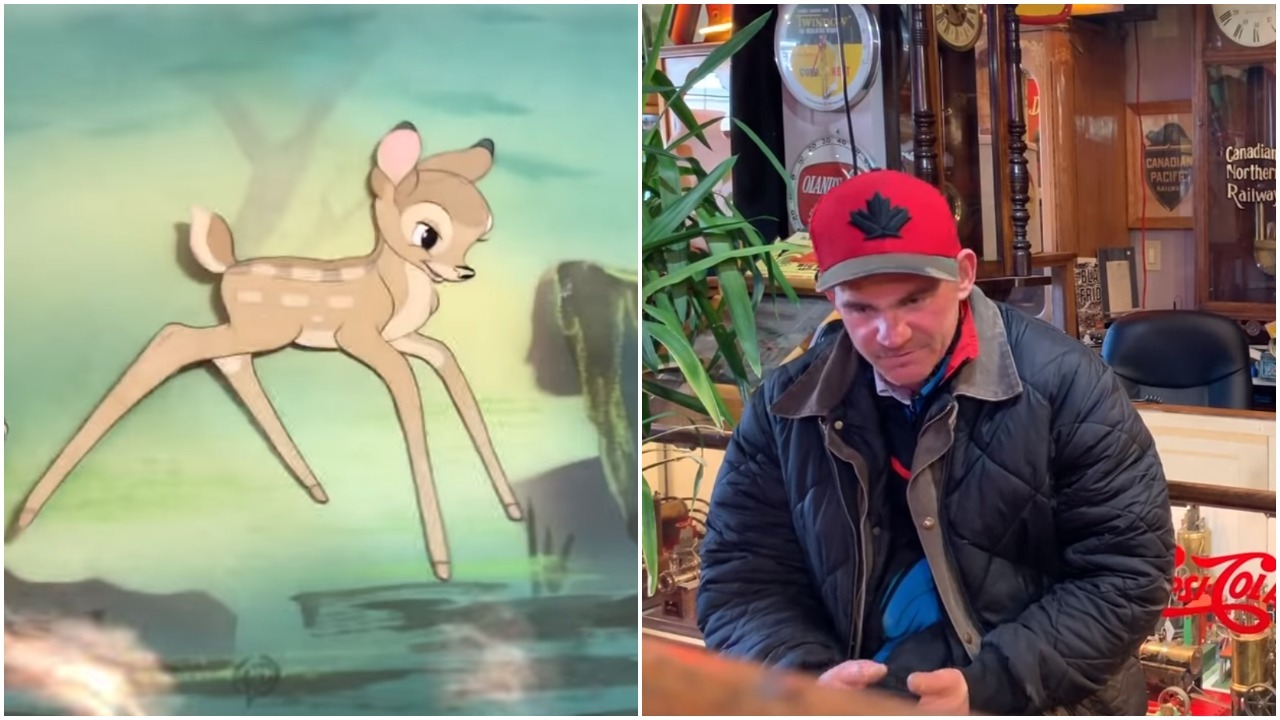 Adam Gillian was living on the streets in Edmonton, Canada. He would frequently visit Alex Archbold’s store where he could sell items that he found for money to buy food. When Adam brought in a rare Disney photo did his life change forever. 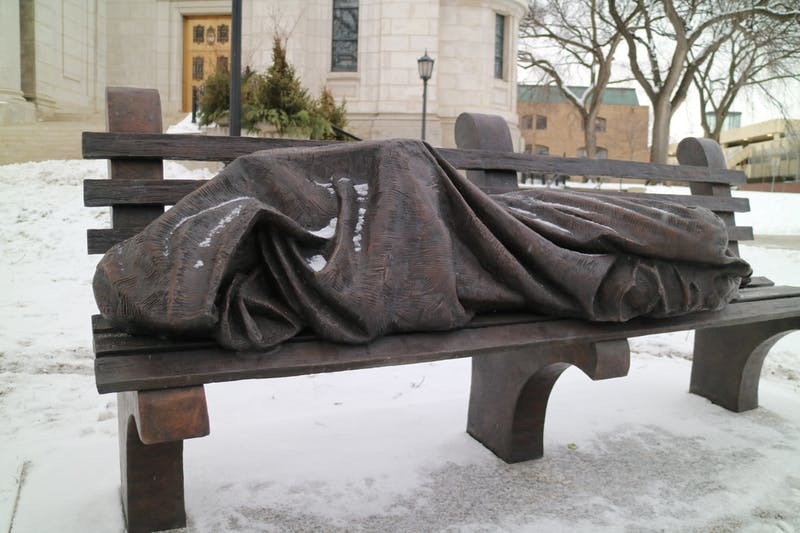 There are thousands of homeless people on the streets in the United States and other countries. Whether it’s drugs, alcoholism, gambling, lack of education, or just plain bad luck, it’s a sad sight to see. People don’t see homeless people as human beings and look down upon them. Needless to say, it’s extremely difficult and tiring to be homeless. 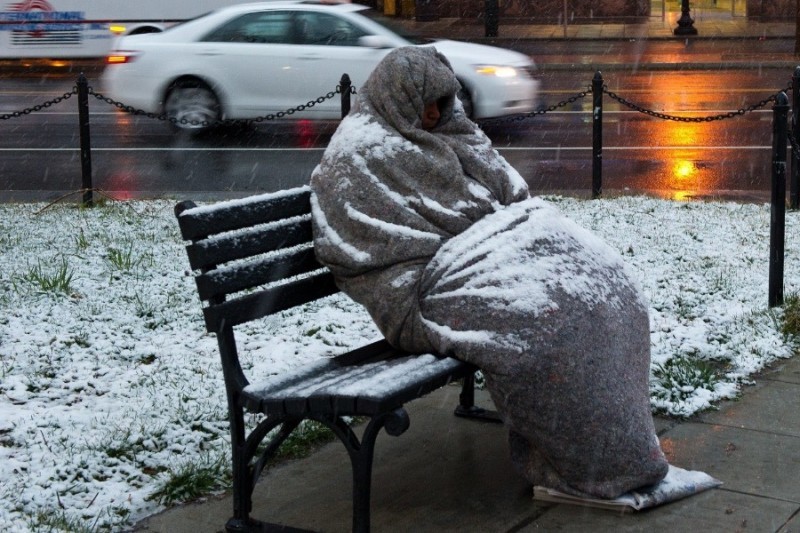 For Adam Gillian, he had to face the harsh winters in Edmonton, Canada as a homeless man. The freezing temperatures were miserable and life threatening. So, he would move in and out of shelters, never sure where exactly he would sleep each night. 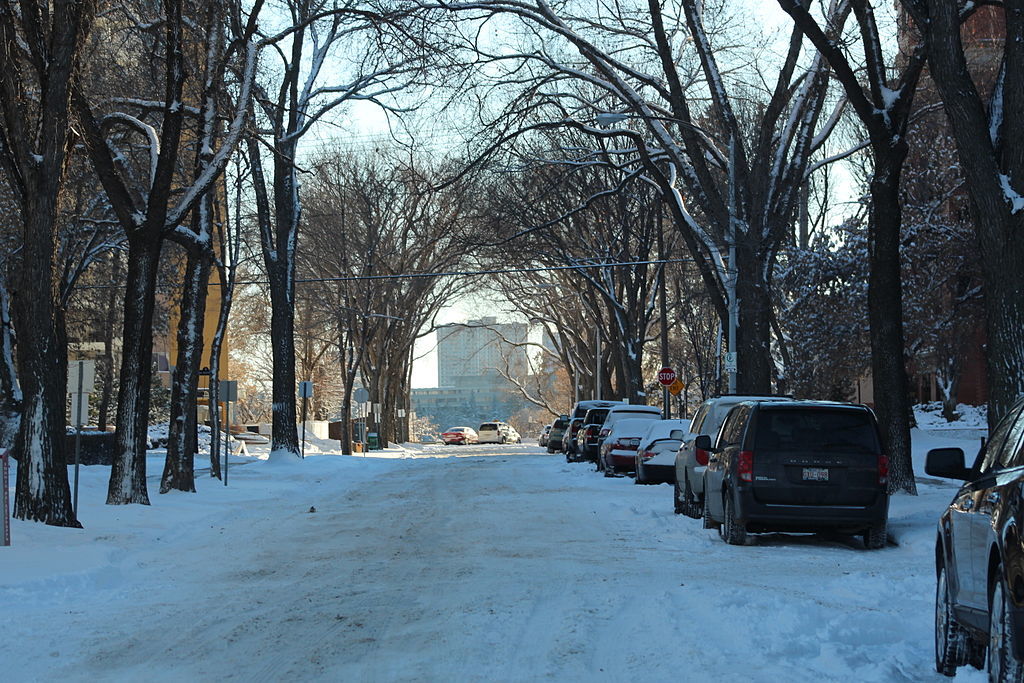 Adam wasn’t always homeless. He had moved to Stratford, Ontario to be closer to his family when he got a job putting up drywall. Unfortunately, life had other plans when he lost his job. 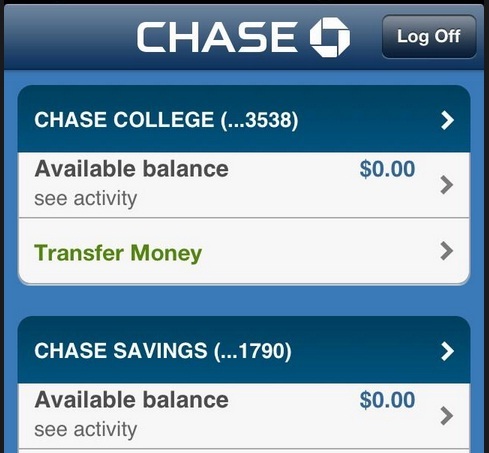 After losing his job, Adam slipped into a deep depression and quickly ran out of money. His three children were put into foster care and he lost his home.

Living on the Streets 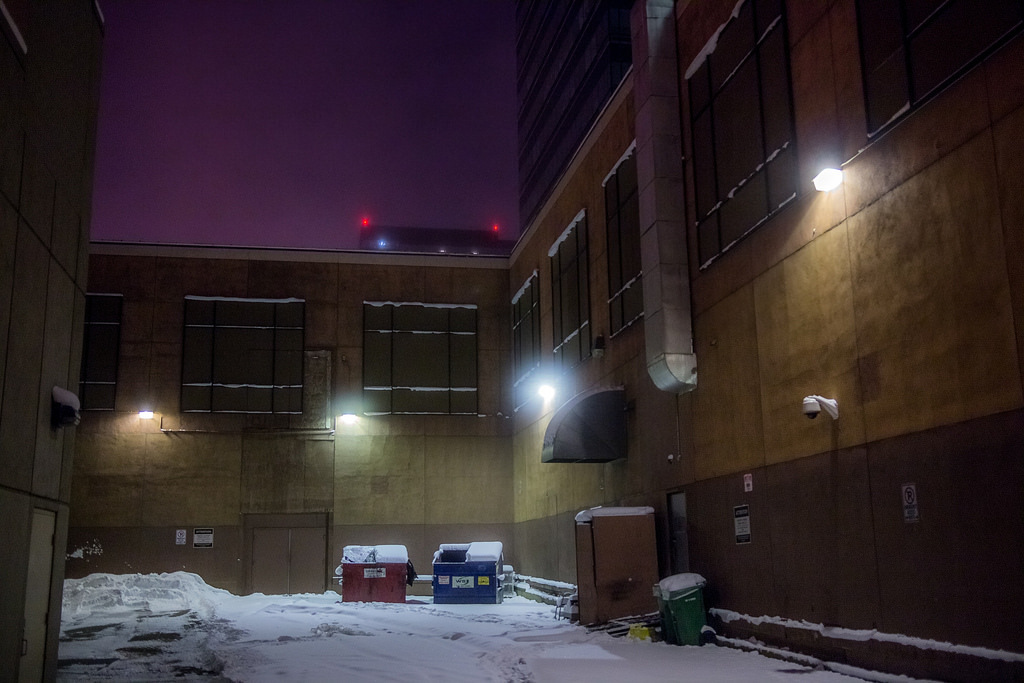 Adam didn’t plan to stay on the streets for long, but he lived there for three years. Occasionally he would stay with a friend or buy a cup of coffee in a 24-hour diner to keep warm. He was having some trouble getting back on his feet though. 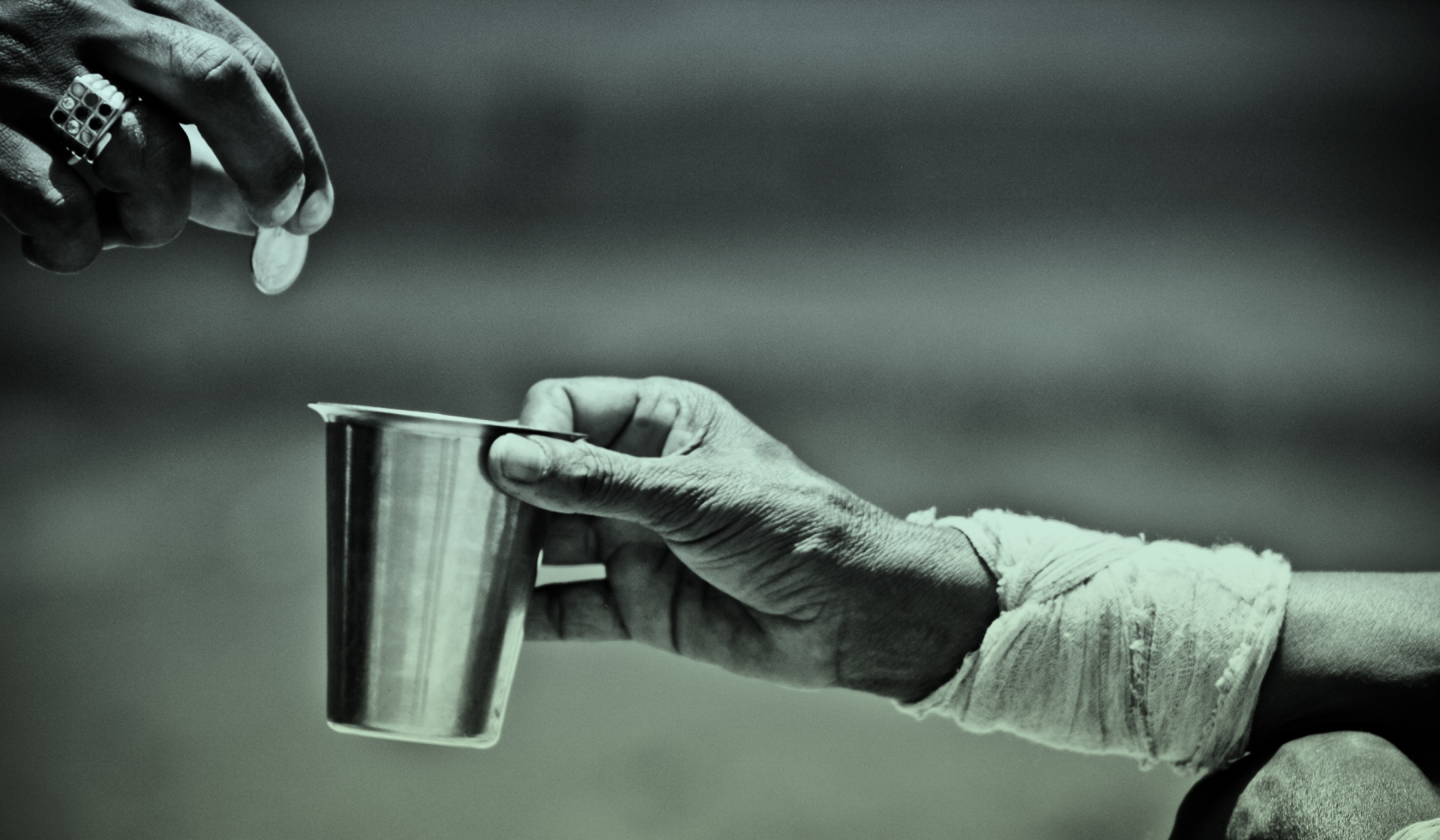 Adam was desperate for money. So, he resulted to panhandling on the streets hoping he could make enough for his next meal. When it didn’t seem to be as profitable as he hoped, Adam tried another way to make money. 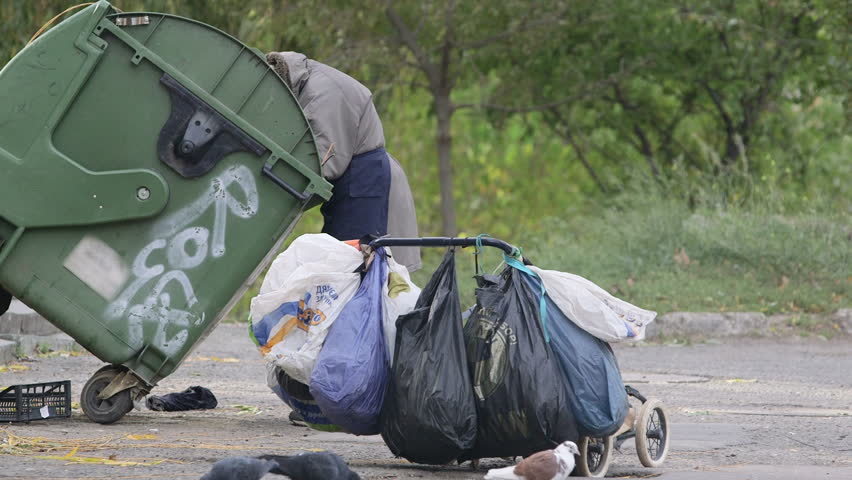 They say one man’s trash is another man’s treasure. So, Adam resulted to dumpster diving or “binning.” He would look through the trash to see if he could sell anything to pawn shops. 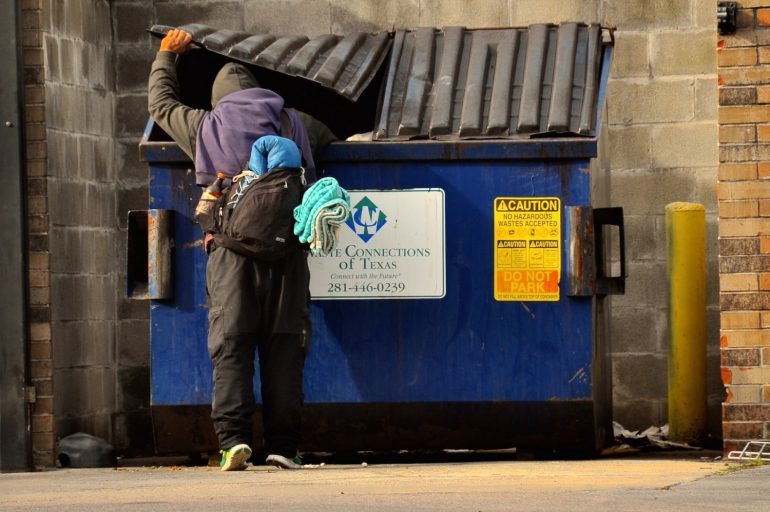 Dumpster diving is a common practice among homeless people. They can find valuable items to exchange for cash and even some food to keep their bellies full. It wasn’t the most ideal job, but it helped Adam survive. 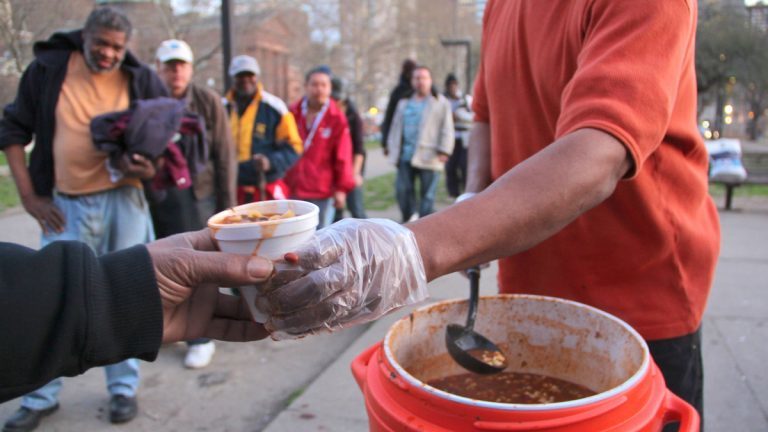 Adam didn’t make enough money to live off of with his dumpster adventures. However, it could afford him a hot meal every once in a while, which was a great treat for him. 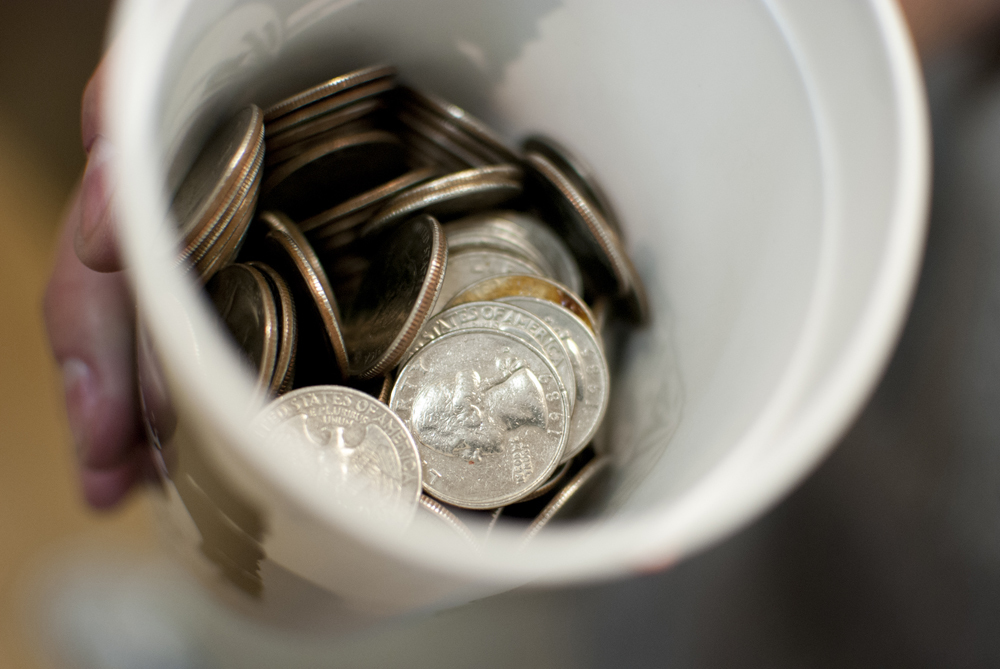 Adam relied solely on luck and chance when it came to surviving. He never knew what he was going to find in the trash. When he did see something valuable, he would take it to Curiosity, Inc. to sell. 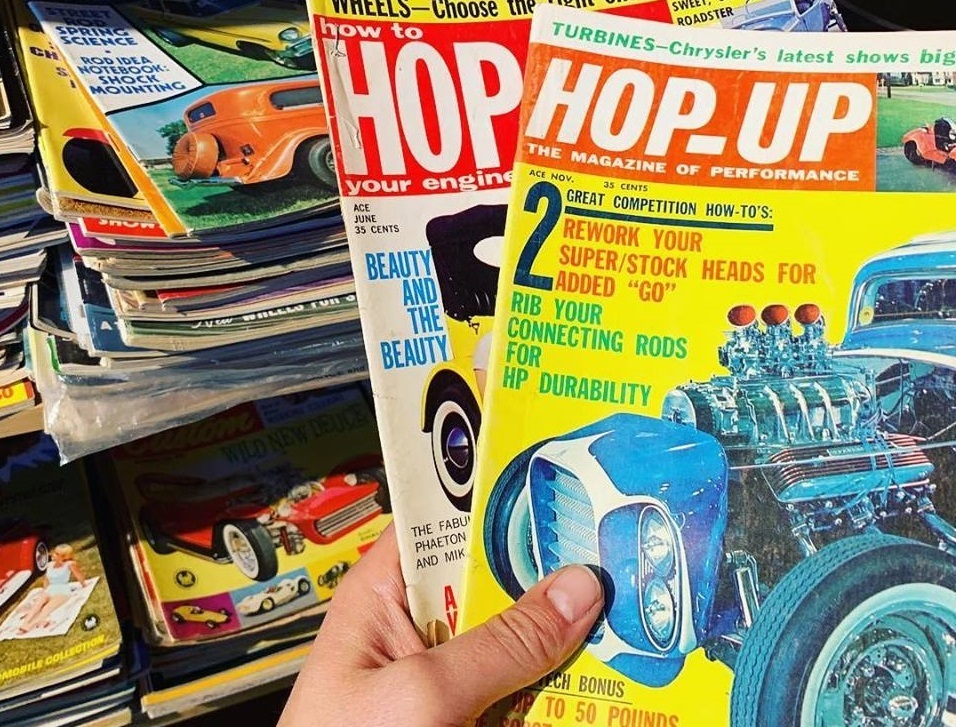 Eventually Adam became friendly with the staff at Curiosity Inc. The business enjoyed making transactions with Adam and helping him make some money. He would even bring them some rare items. 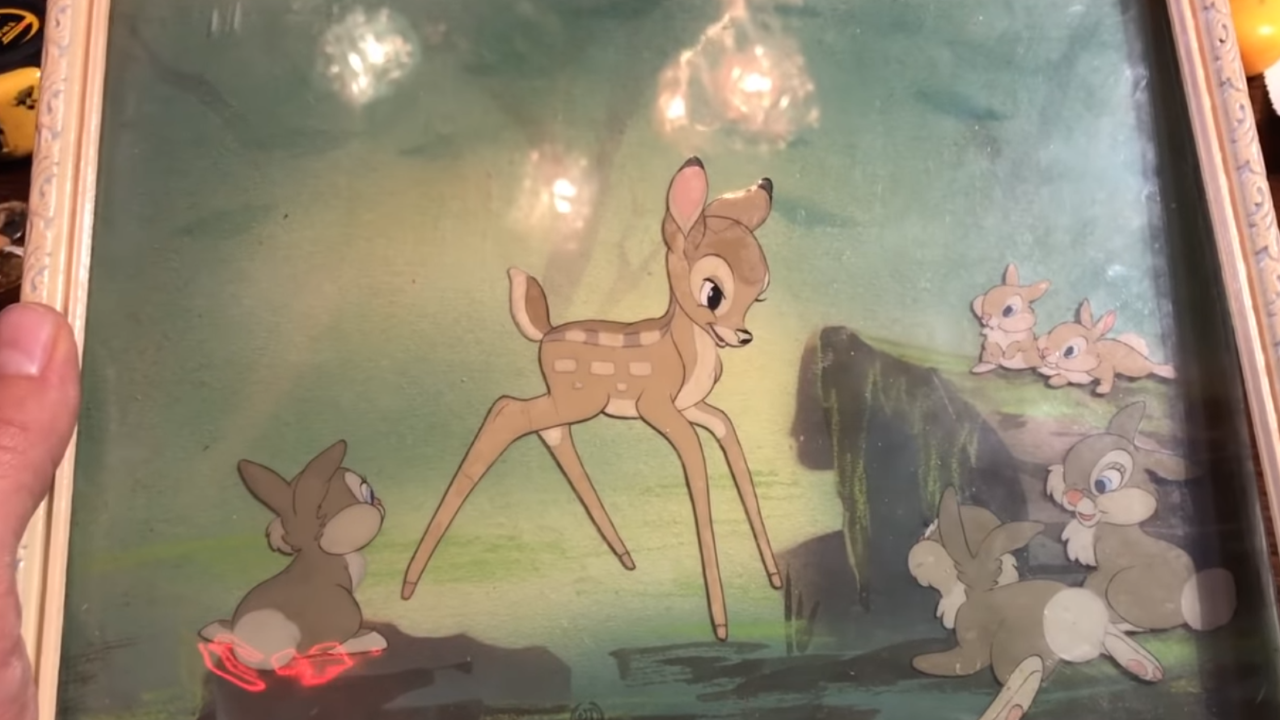 One day when Adam was digging through a dumpster, he came across a print from the Disney film Bambi. It was in almost perfect condition and was even framed. He had a feeling that it was going to be worth something. 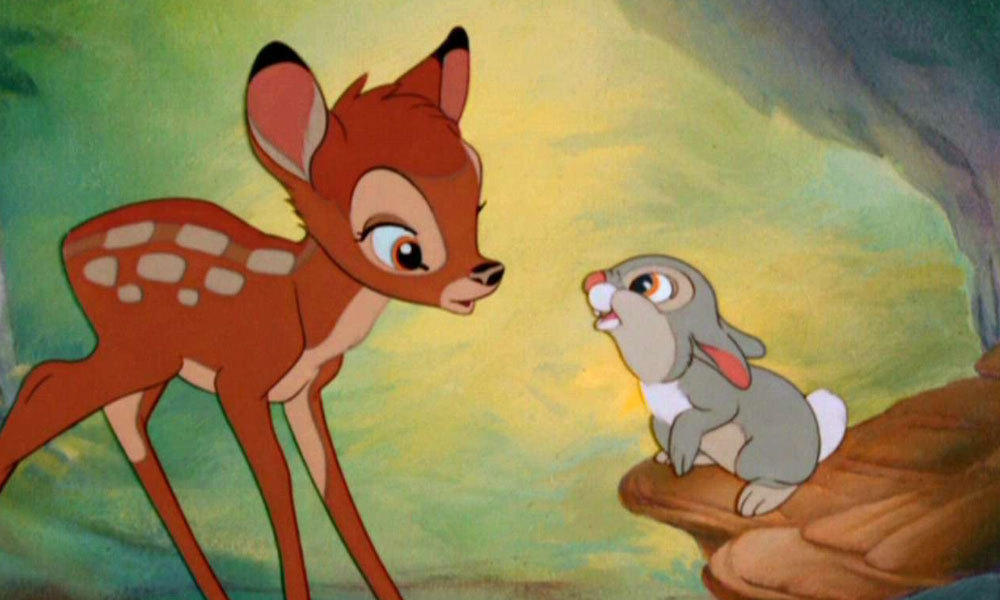 Bambi came out in 1942 and became a well-known and beloved classic. The story is about a deer that befriends a rabbit and a skunk in the forest. Not many people know that the movie was based on a novel though. 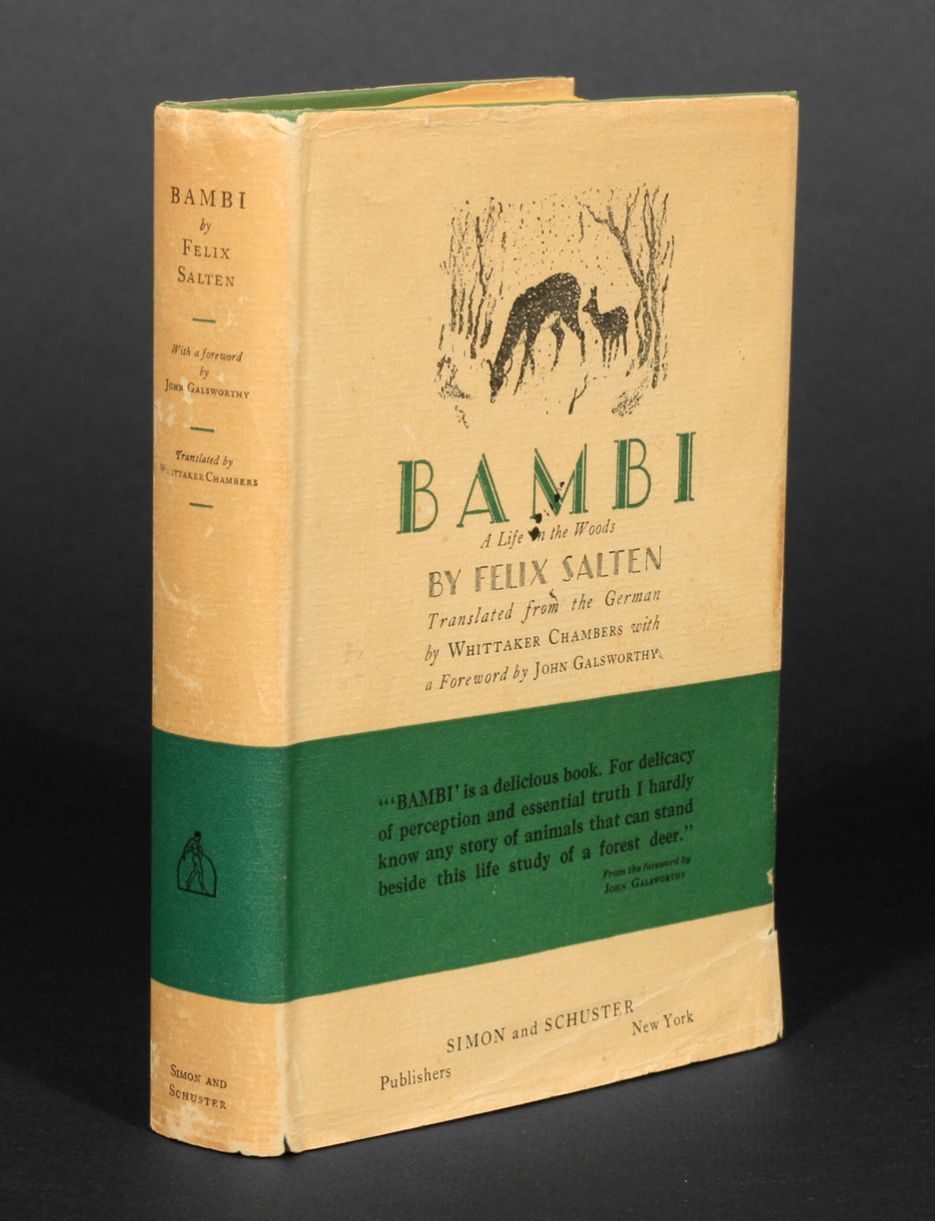 German author Felix Salten wrote Bambi: A Life in the Woods. The book caught Walt Disney’s attention and he decided to make an animated movie. 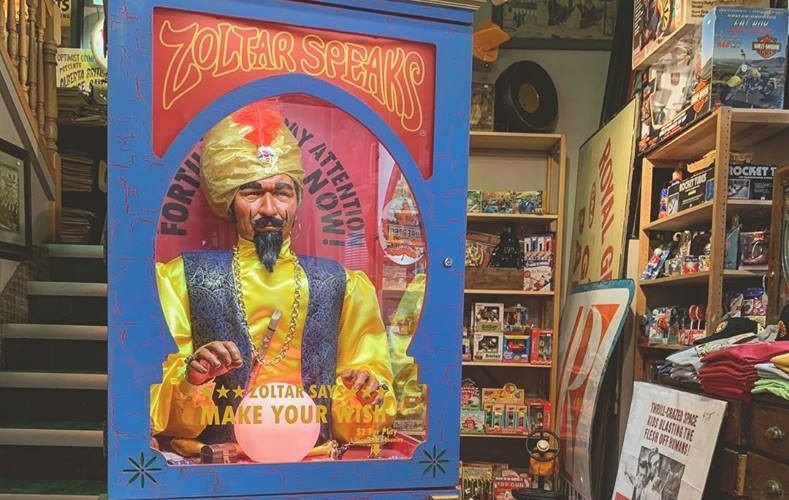 Adam took the print to many pawnshops, but nobody seemed to be interested. It wasn’t until he stopped by Curiosity Inc. that he would see a stroke of luck. 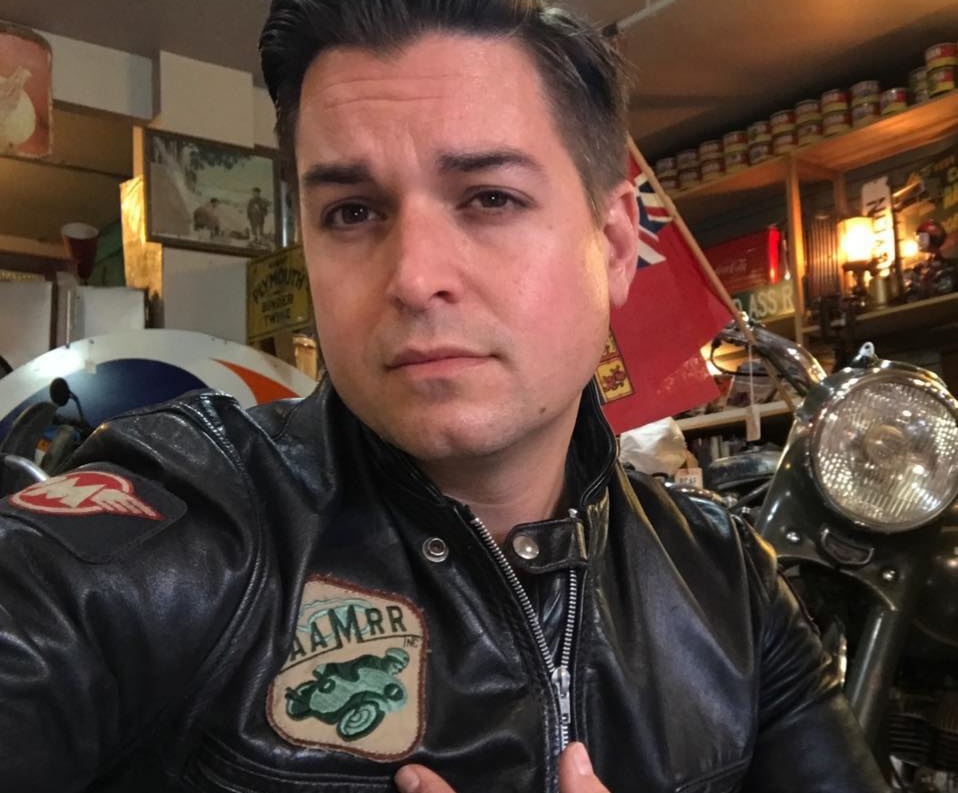 Alex Archbold owned Curiosity Inc. and was familiar with Adam and the items that he sold. Alex was an entrepreneur and antique dealer who managed a YouTube channel about the items he received in his store. 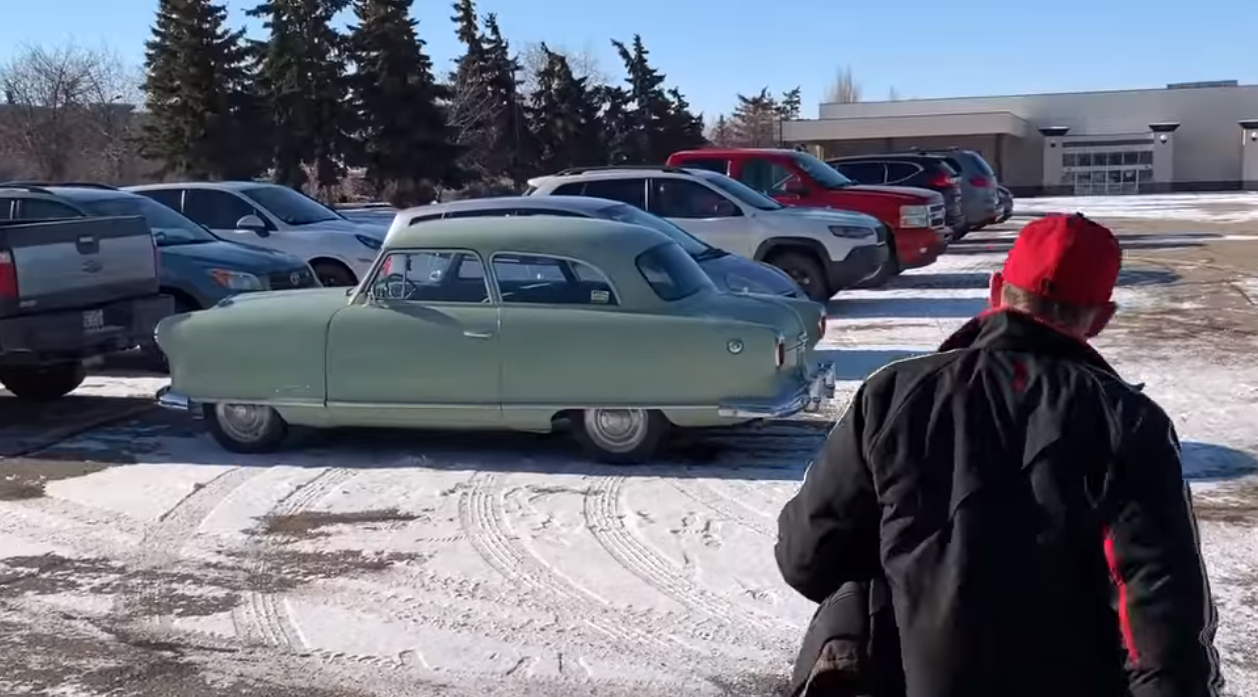 Alex’s business did so well because he had a good eye for valuable items. He was also very personable and friendly. 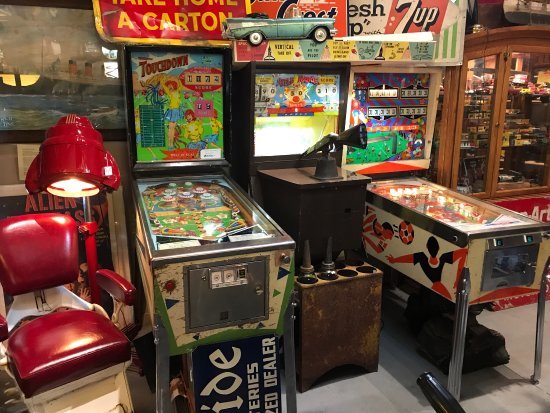 Alex’s shop was full of curious treasures. He would buy and sell old video games, antiques, and anything else he thought was valuable. He would share some of his most prized items on his Instagram account. 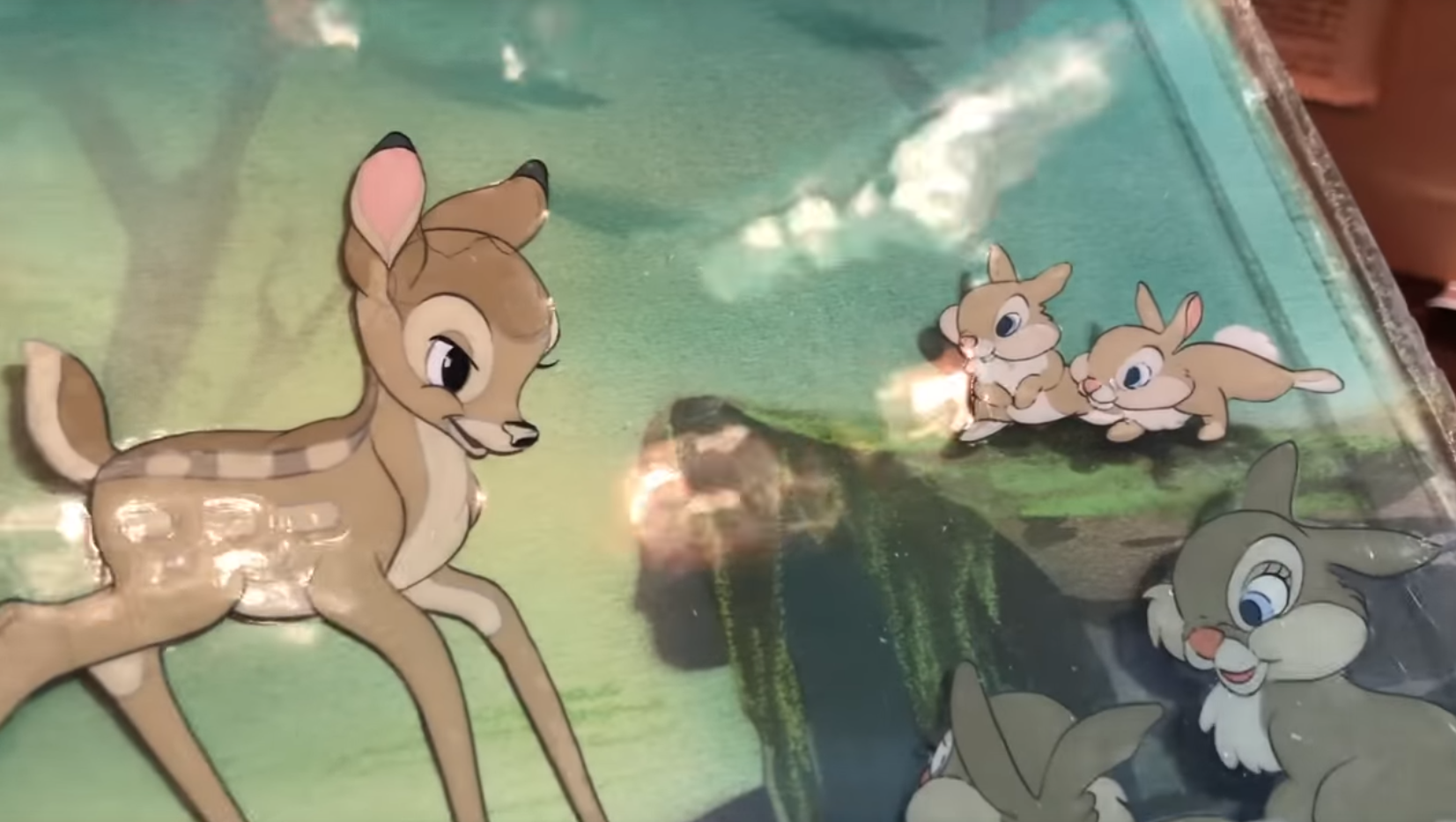 When Adam came into Alex’s store with the Bambi picture, Alex agreed to buy it for $20. “I thought, well, it’s Bambi, I can probably clean it up,” Alex said. 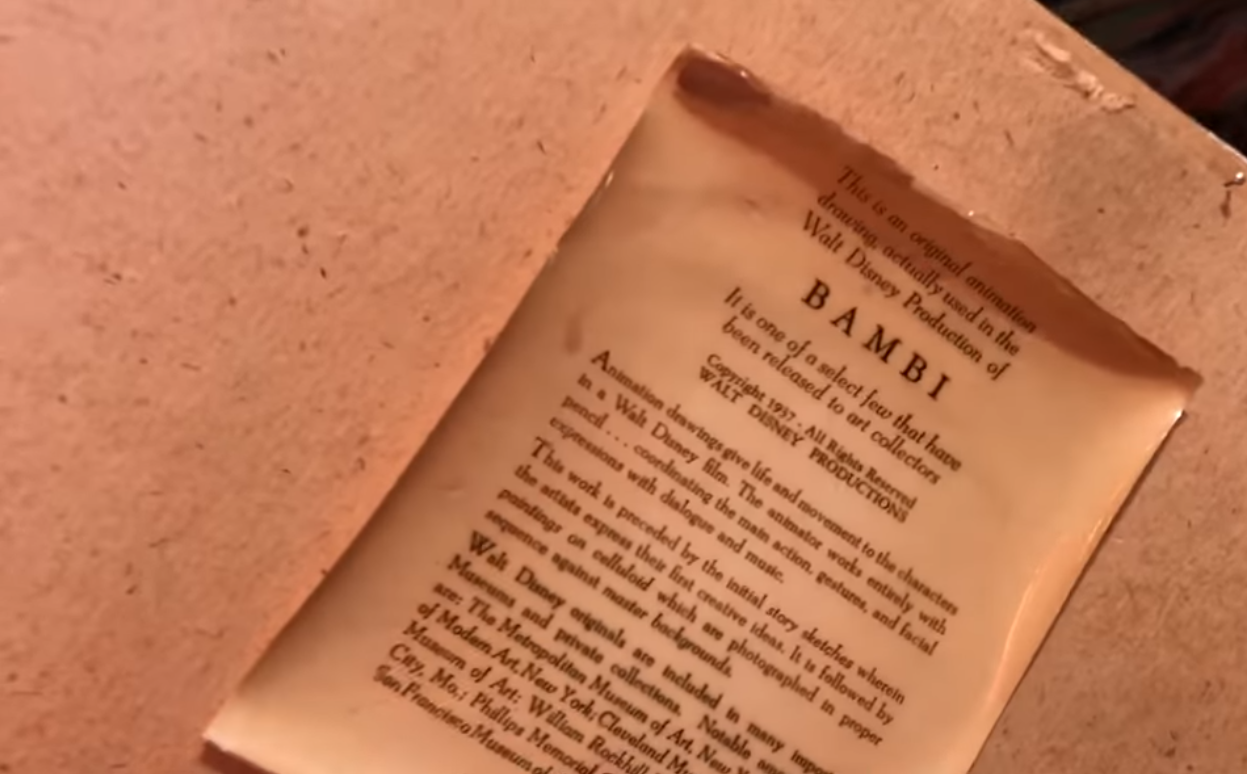 When Alex took the picture from the frame, he was surprised to find a certificate of authenticity behind the picture. It turns out that Alex was in possession of a piece of celluloid from the film. 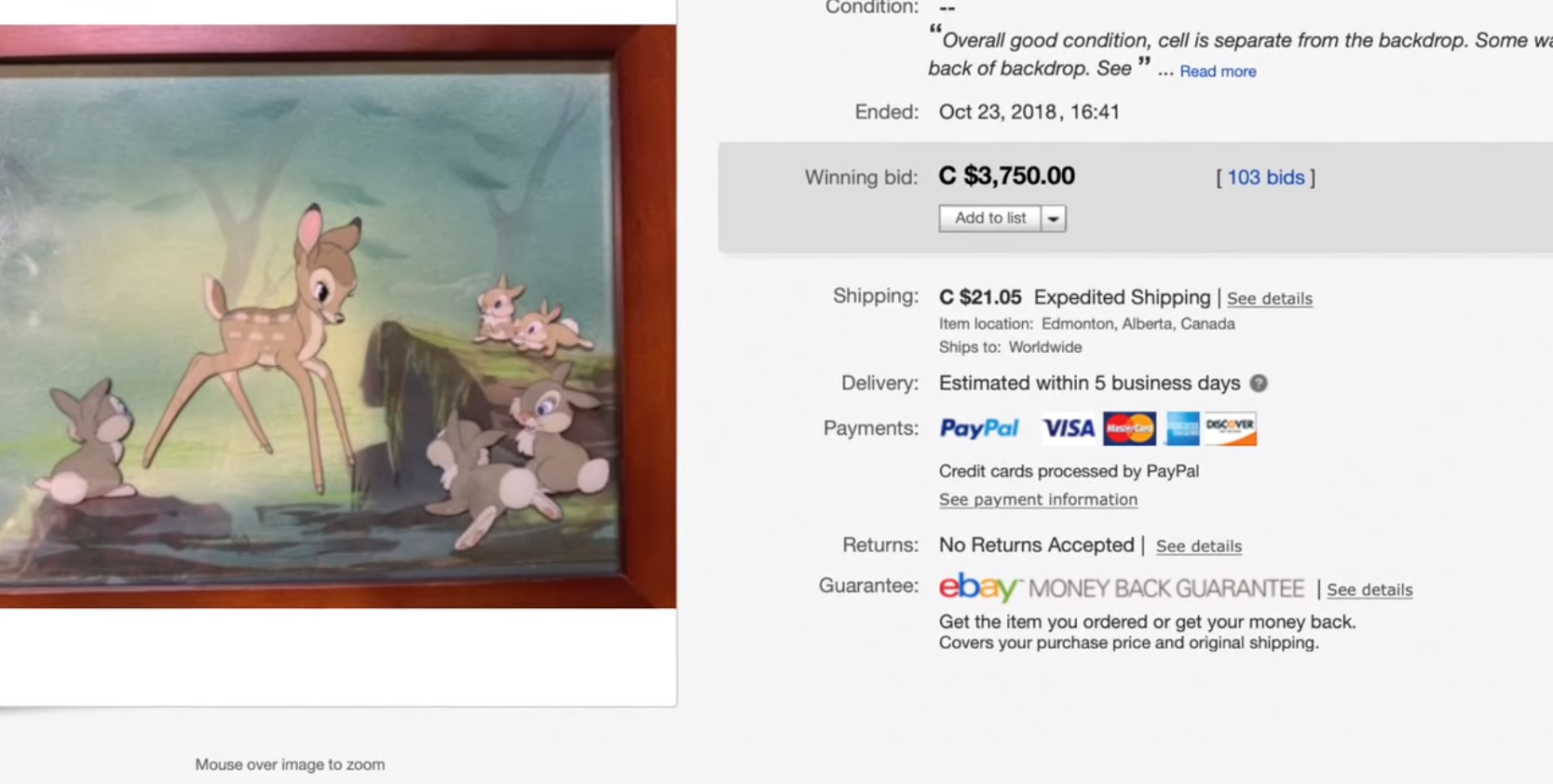 The picture dated back to 1937, which was before the film was even released. Alex knew he could make some good money off this picture. So, he put it up for sale on eBay starting at $2,800. 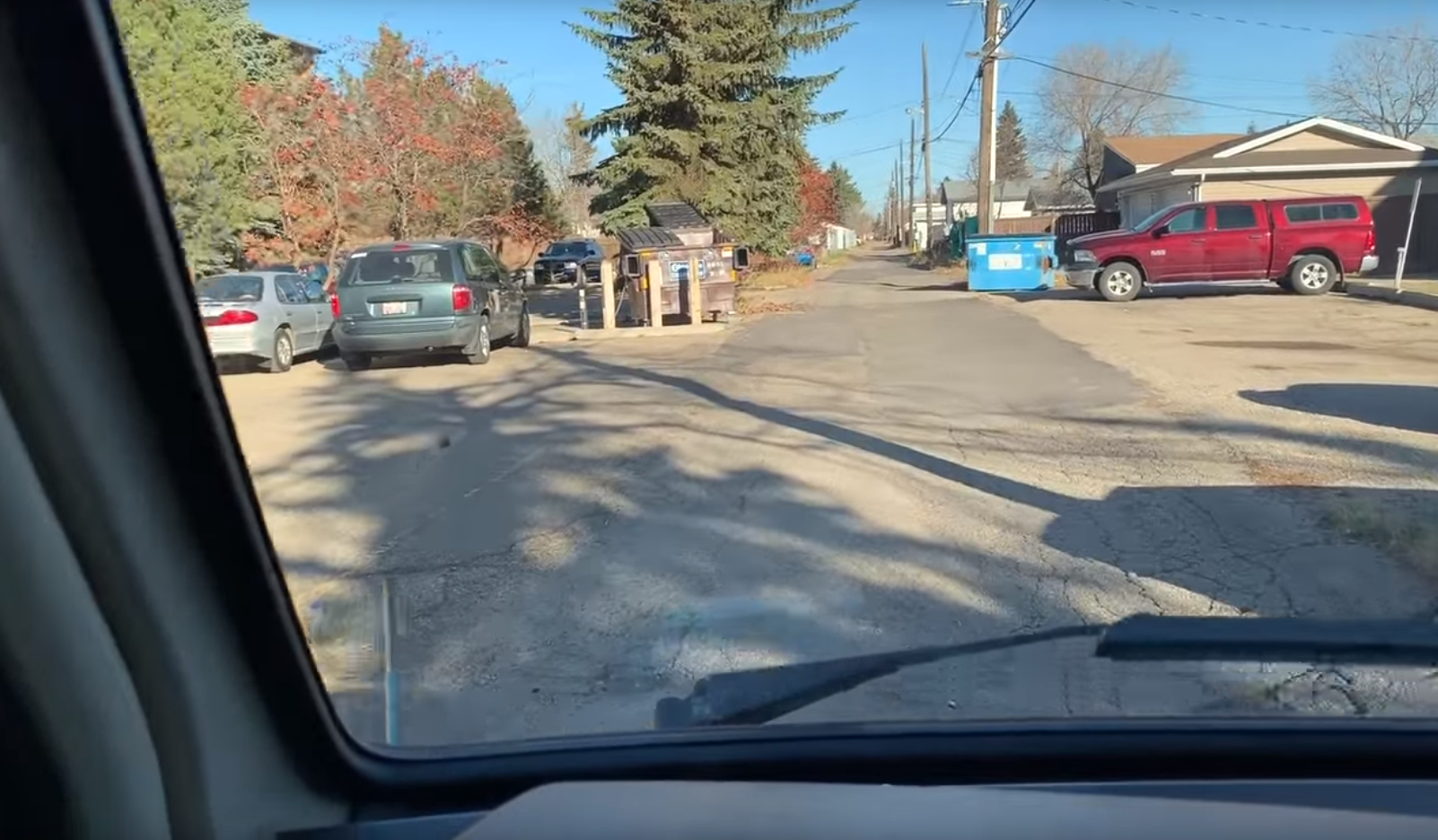 Alex, a good person at heart, knew the right thing to do was share some of his profits with Adam since he was the one who found the picture. So, he took to the streets of Edmonton to find the homeless man. 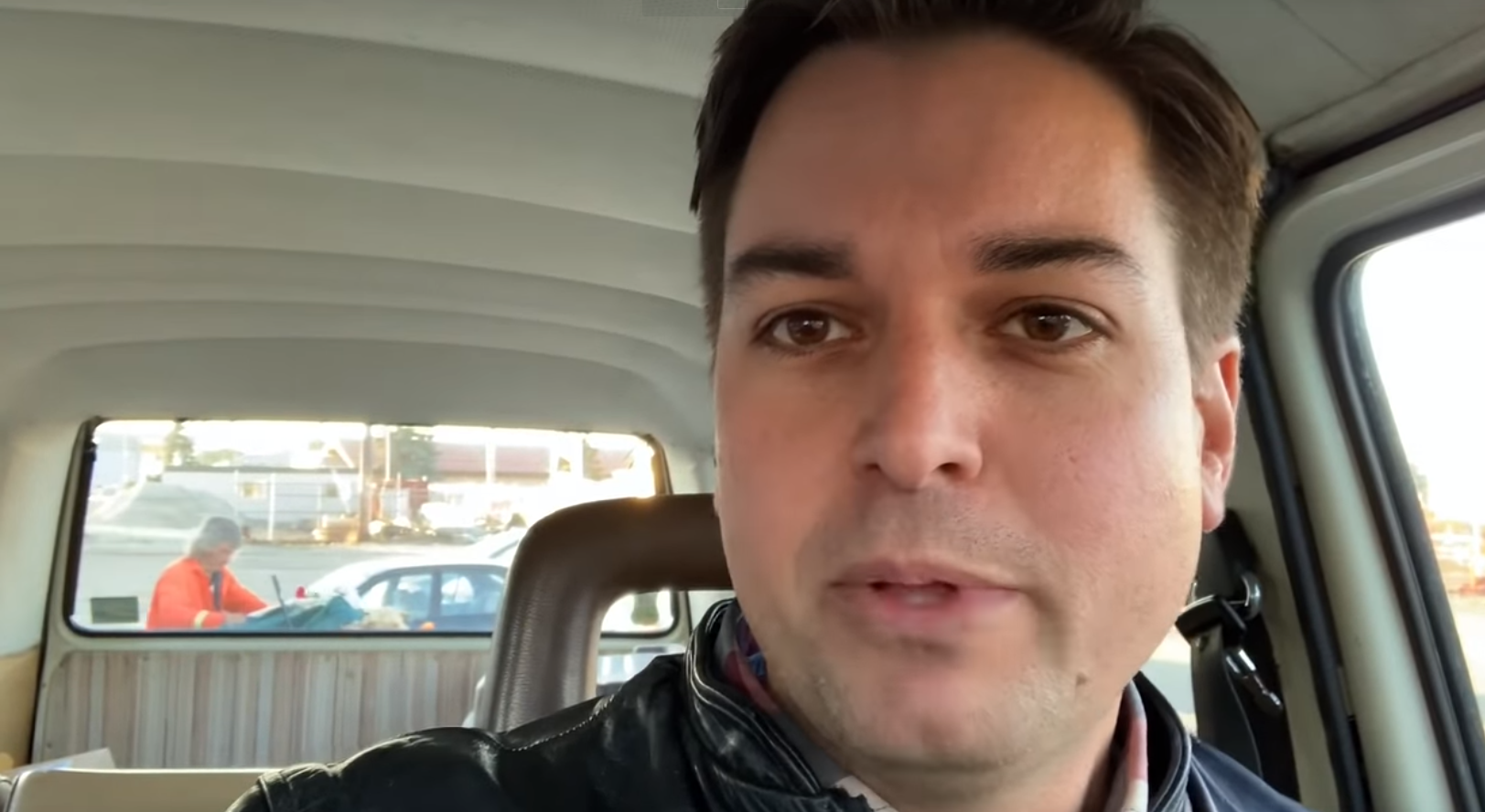 Alex had a hard time finding Adam. He looked around dumpsters and in places he knew the homeless would frequent. Then one day, Adam showed up in the store. Without telling Adam about the print, Alex invited him to sit down for an interview on his YouTube channel. 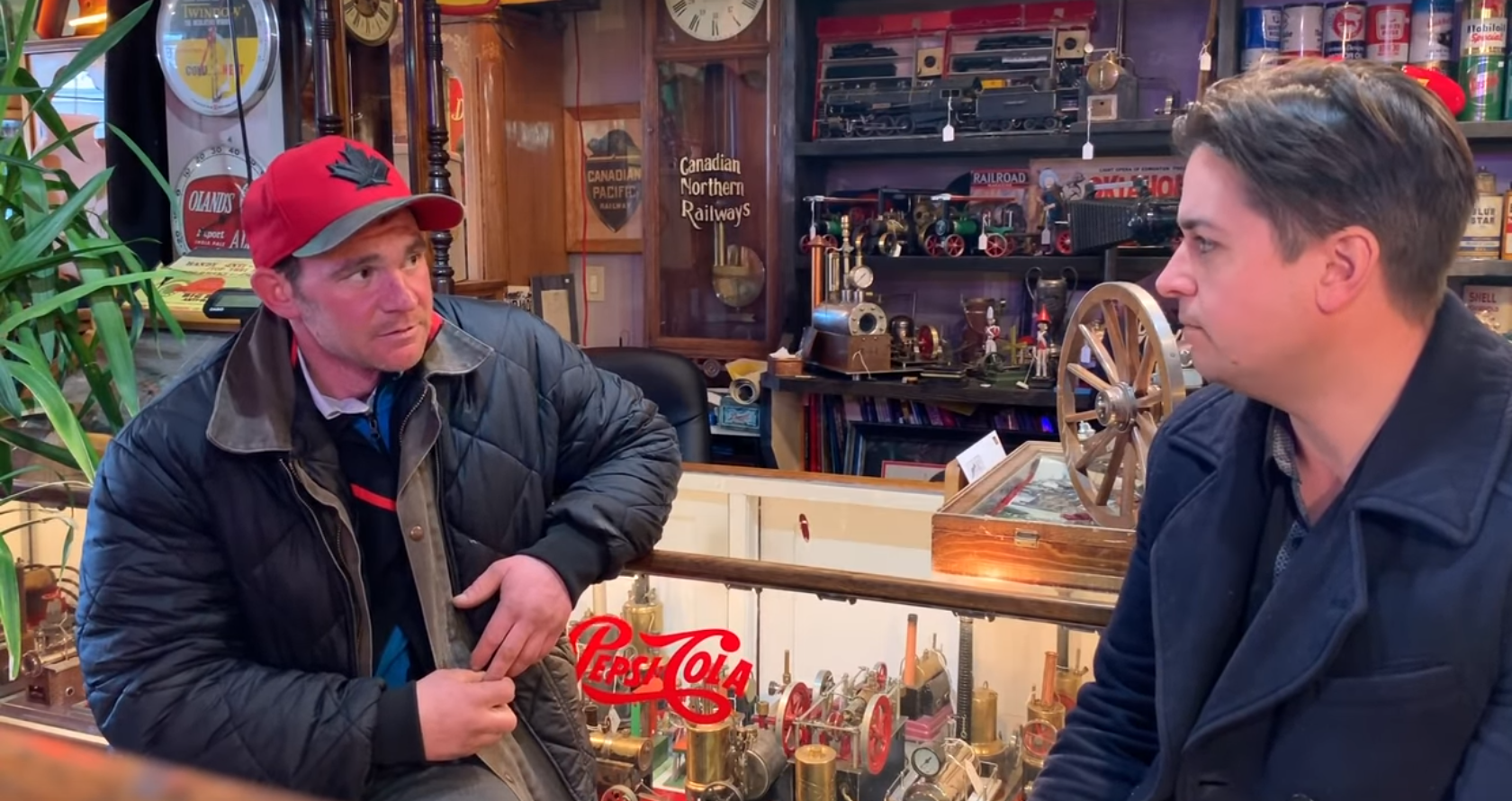 Adam returned the next day for the interview. Alex asked him about his life and how he ended up living on the street. Then the conversation turned to Adam’s dumpster dives and the items he has found. 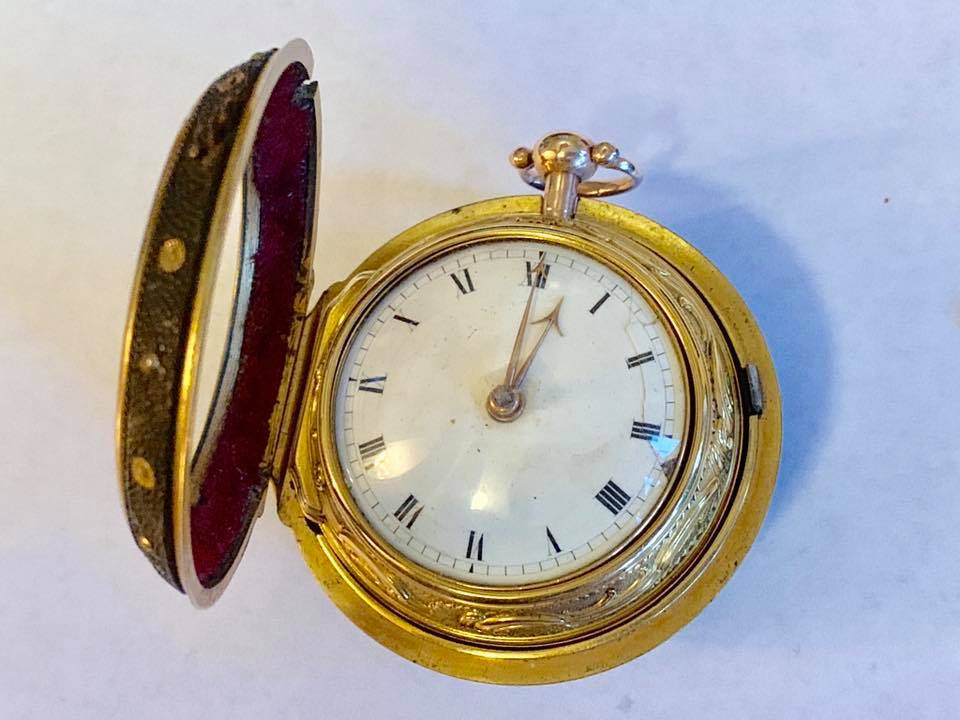 Alex asked Adam about some of his most valuable finds. Adam explained he had discovered a pocket watch from 1968 that was worth $300. He also found some silver quarters. Adam couldn’t believe what people would throw away. 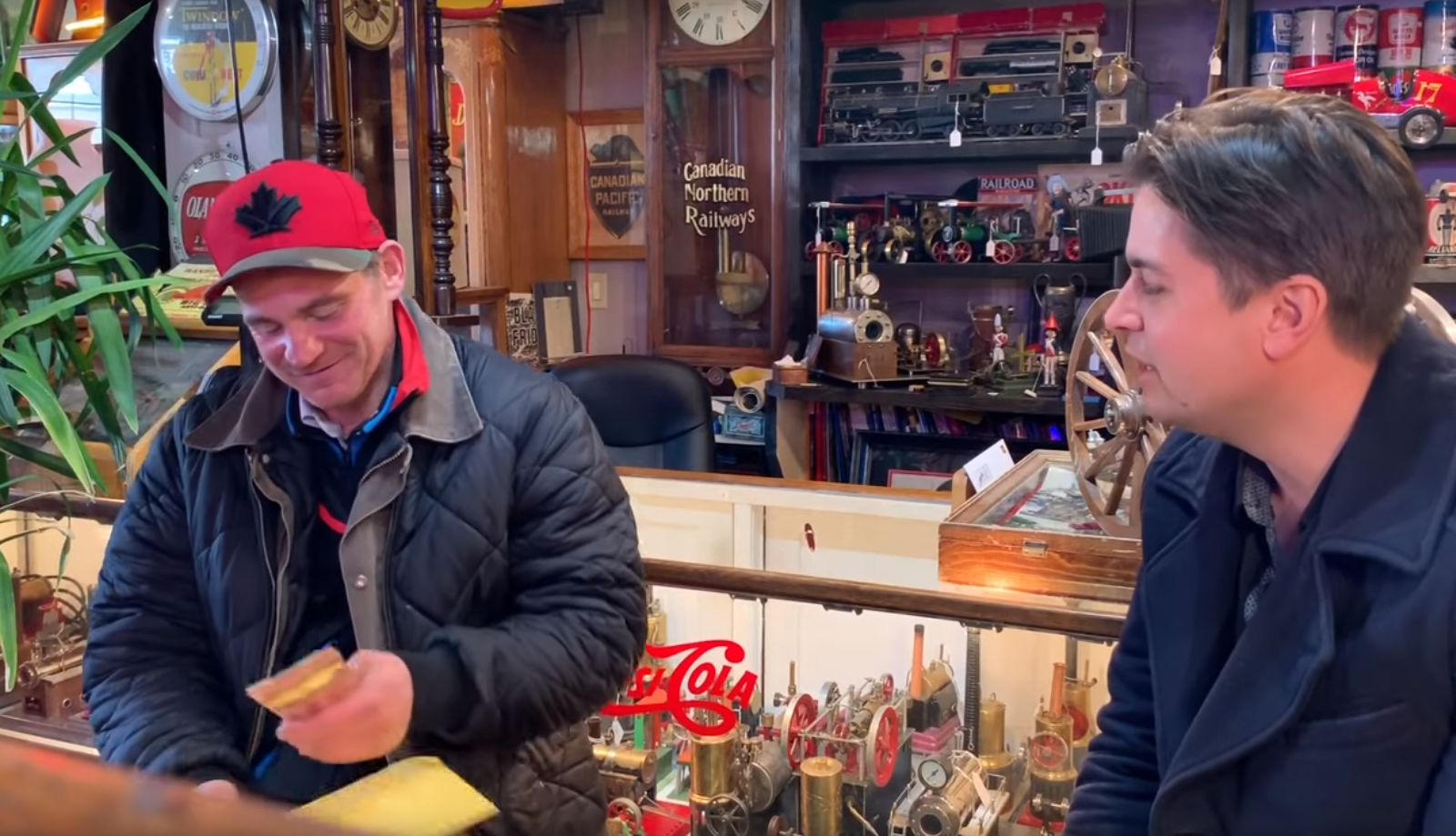 At this point in the interview, Alex decided it was time to surprise Adam with the money from the Bambi print. “There is a little bit of money in there for you. There’s $1,600 and 35 cents!” Alex said handing Adam an envelope of cash. 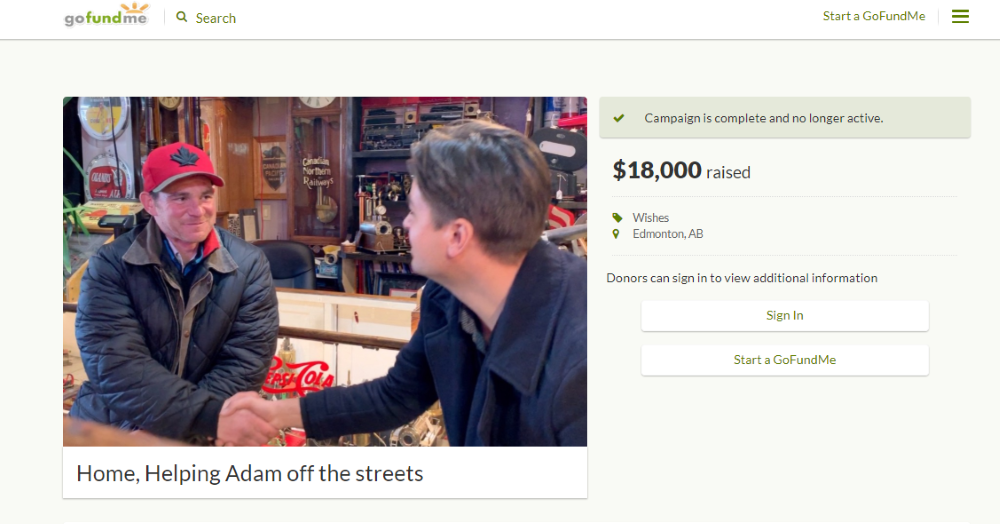 Adam was so grateful and surprised at the grand gesture. Alex then proceeded to inform Adam that he wanted to set up a GoFundMe page to help him get on his feet. Adam was shocked and thankful for Alex’s kindness. 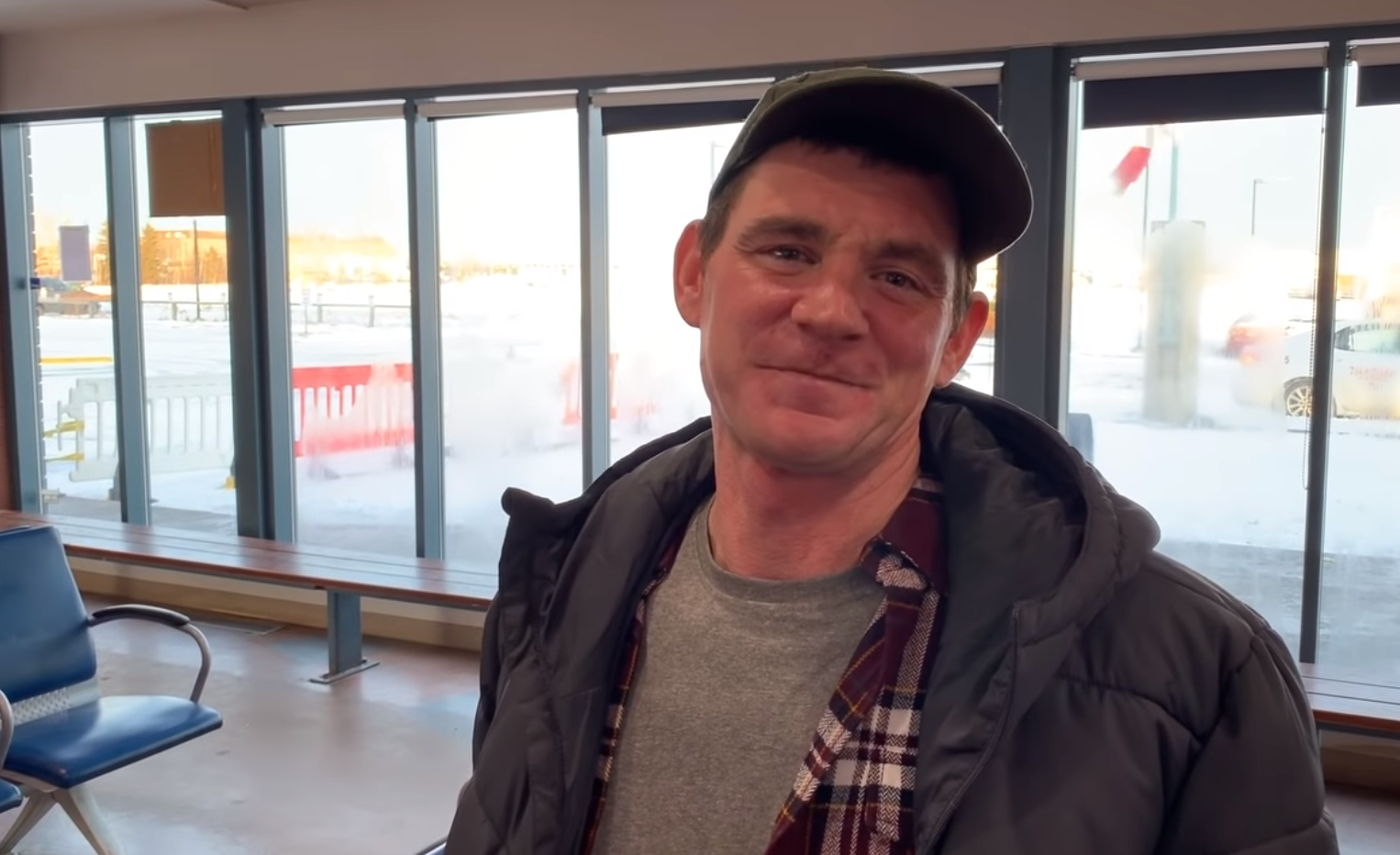 Adam’s family saw the video on YouTube and reached out to him after having lost touch for so many years. They wanted to help Adam get off the streets and reunite with him. 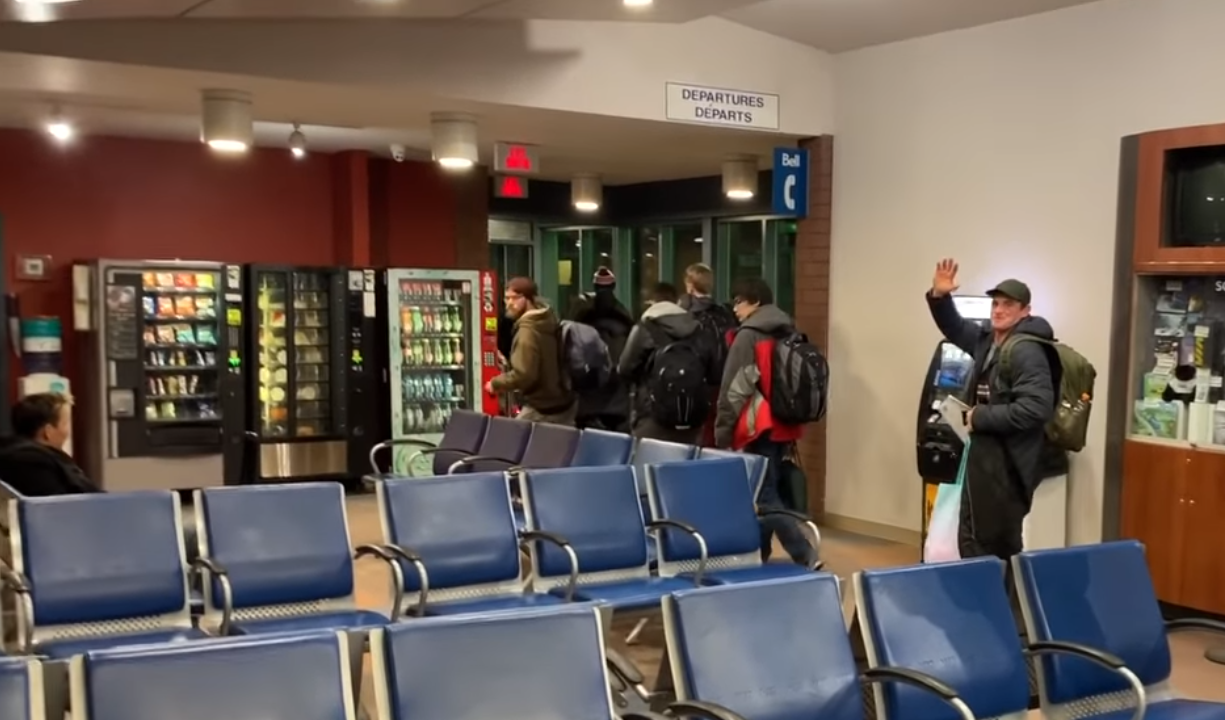 Adam was so excited to see his family again after three long years. Alex went to the train station with Adam to wish him good luck. “Couldn’t be happier for the guy, couldn’t be happier for you, Adam. And I hope you take advantage of this opportunity when you’re back home around your family and loved ones to put your best foot forward. Much love from our family and from our business to you and yours,” Alex wished Adam.