This Man is the Only Person Still Using an Iron Lung 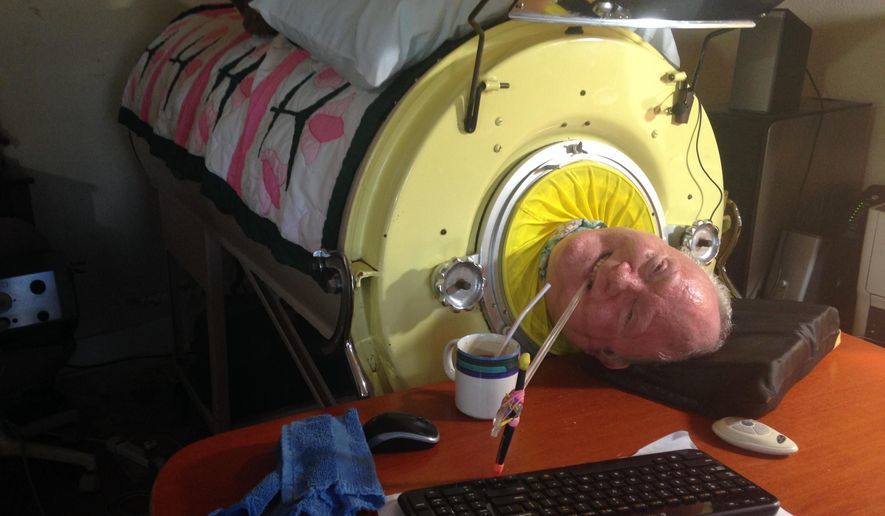 Peter Alexander is a lawyer. He is also one of ten people who use an iron lung to help them stay alive. The iron lung is a machine that is no longer used or prescribed to help polio patients breathe. At 71 years old, Peter still uses the machine that helped him get through law school and travel the world. 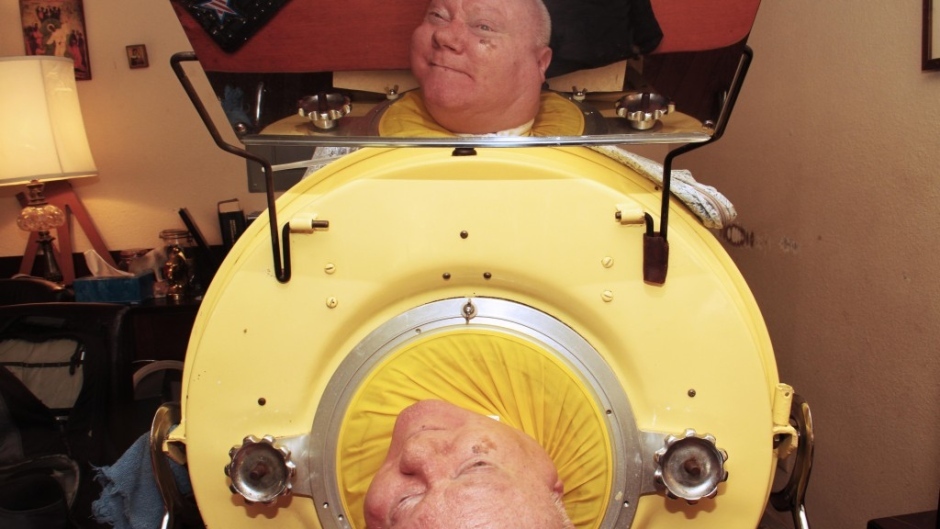 Peter was just 6 years old when he contracted the polio virus. It caused him unable to breathe on his own, so he had to be placed in an iron lung. “I didn’t know what had happened. I had all kinds of imaginings, like I’d died. I kept asking myself, is this what death is? Is this a coffin? Or have I gone to some undesirable place?” he recalls about the first time waking up in the iron lung. 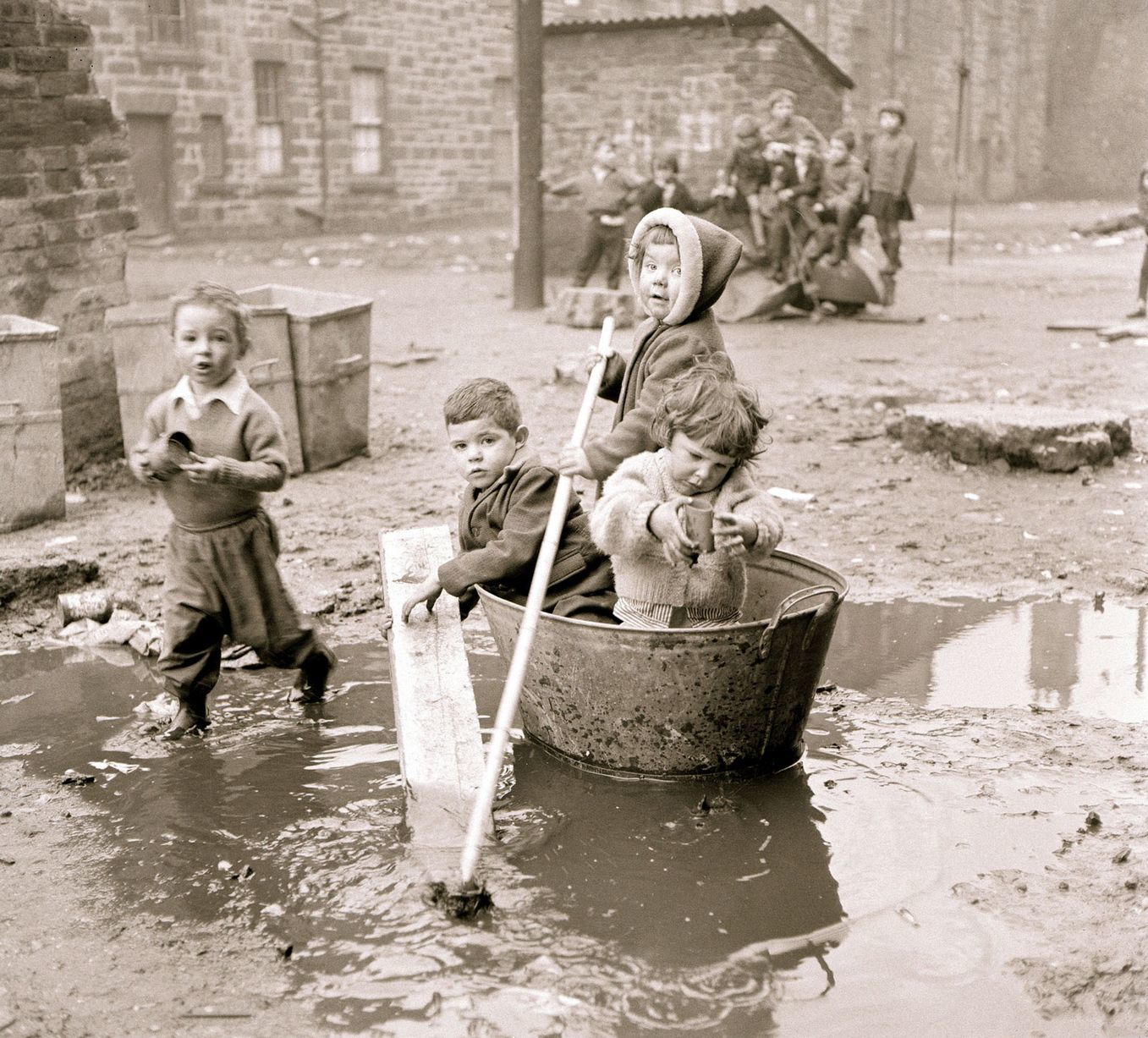 There was a lot of fear going through his hometown when children started coming down with polio. “I remember walking into my mom’s kitchen one day and her turning around saying, ‘Oh no,” and I was like, ‘Mom, I know I’m muddy and dripping on the floor. She said, ‘Paul go get a bath right now,’” Peter remembers.

Polio spreads through fecal matter. So, when Peter’s mother saw her child covered in mud, fear set in. 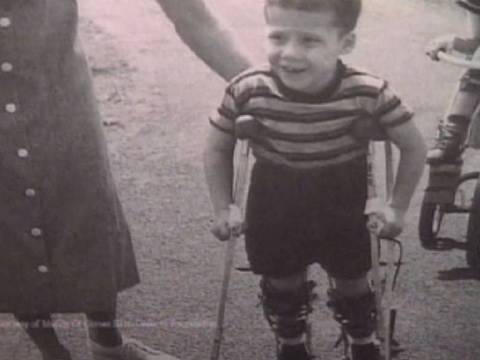 Peter’s mother knew almost immediately that her child had caught the virus. “After I got the mud off, she put me up in her bed and she knew instantly. Every parent in Dallas, and everywhere else, was so afraid that the polio epidemic was going to come see their child. So, she knew right away,” Peter said. 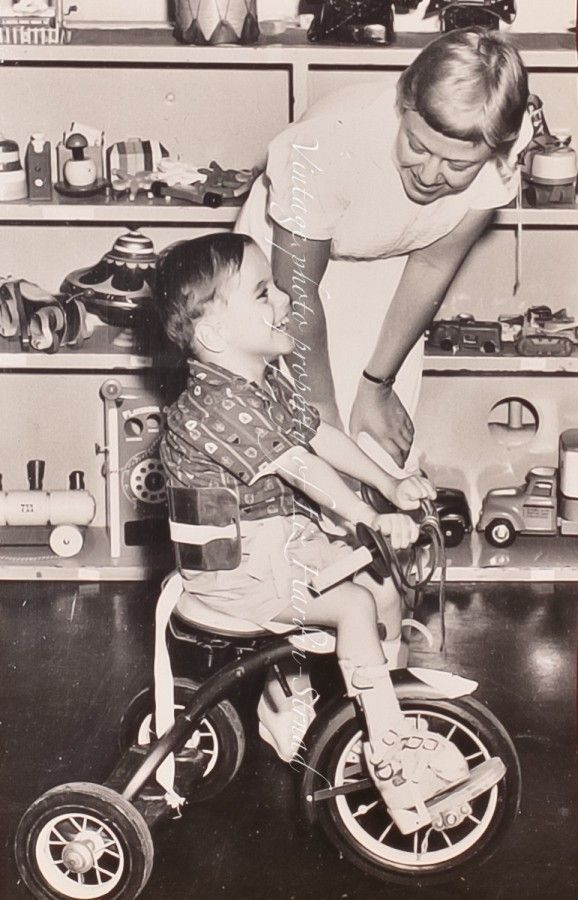 Peter can remember the virus slowly taking over his body. “Every day, I could do a little bit less. Every day it was harder to hold onto the crayons. It was like the devil going through my body, shooting all the lights out.” 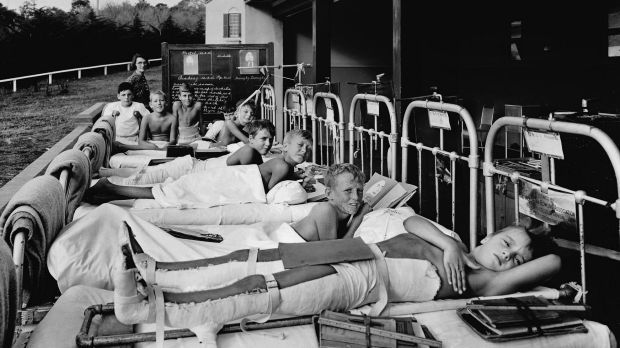 While at the hospital one day, Peter had stopped breathing altogether. The doctors were quick to pronounce him dead and move on. However, he wasn’t dead. When another doctor examined him, he instantly put the child in an iron lung and saved his life. 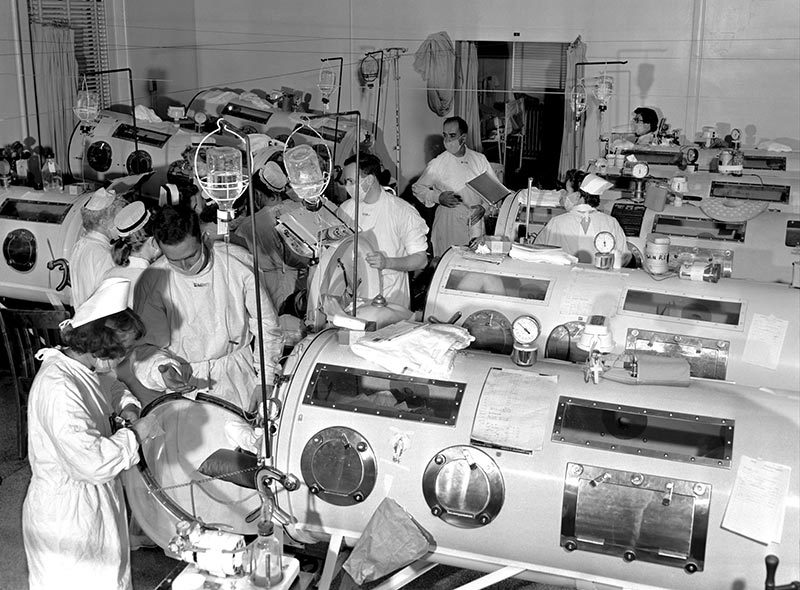 Peter was unconscious for weeks as he lay in the iron lung. “Nobody ever knew what happened or why he picked me up, and unfortunately, I never got to ask him. But he picked me up in both arms and ran upstairs with me, and performed the tracheotomy, so they could get all the congestion out and so I could breathe,” Peter explains about the doctor who saved him. 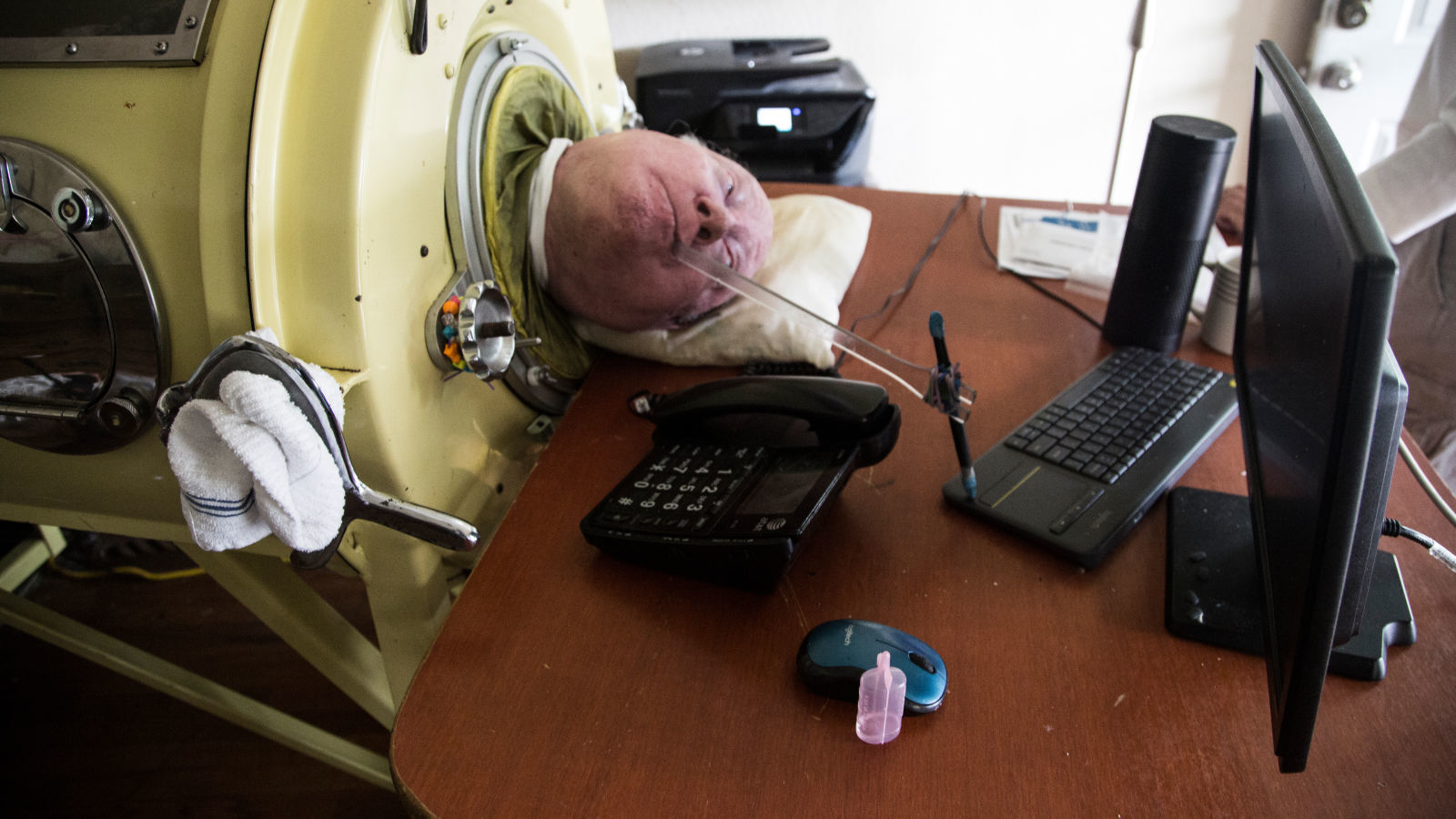 Peter is so thankful for that one doctor who saved his life. “He did all that, and I don’t know what he saw – could’ve been nothing, could’ve been something – but for whatever reason, he was motivated to save this one child,” Peter said. 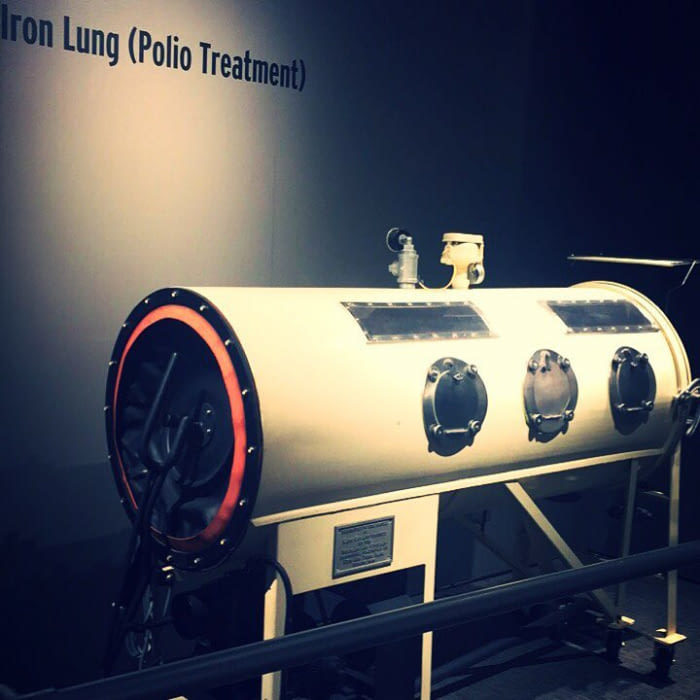 The iron lung was a mechanical respirator that would use negative pressure so air could be pushed into someone’s lungs. The entire body of the person would fit inside with just their head sticking out. 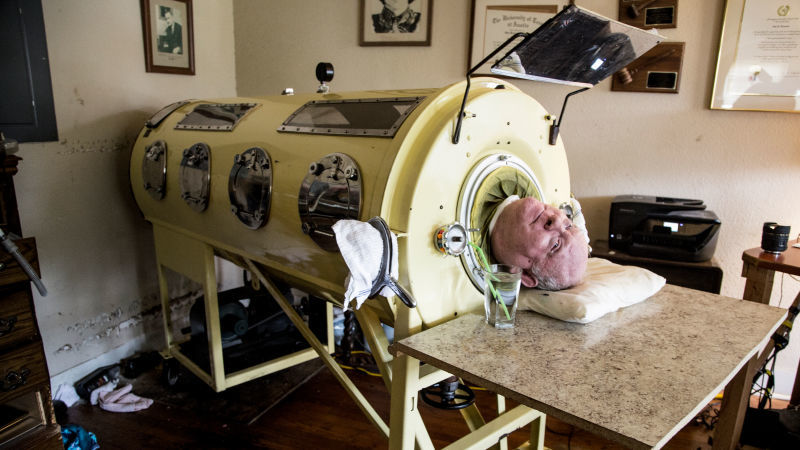 Peter wasn’t going to let this virus stop him from living the life he wanted. “The way I looked at it initially is that I could adapt myself to the iron lung or I could make the iron lung adapt to my desires and lifestyle. So, I decided, how about the latter? I have traveled with it – put it in a truck, took it with me. I’ve gone to college with it, lived in a dorm. That freaked everybody out,” Peter reminisces. 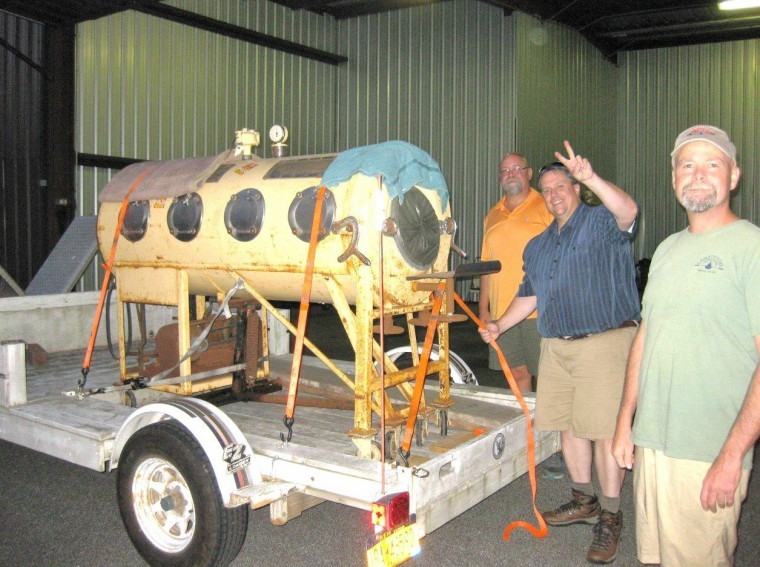 As time went on, it became harder and harder to maintain the iron lung since nobody was using them as much anymore. “A lot of people who had polio and they’re dead. What did they do with the iron lung? I’ve fond them in barns. I found them in garages. I’ve found them in junk shops. Not much, but enough to scrounge parts,” Peter said. 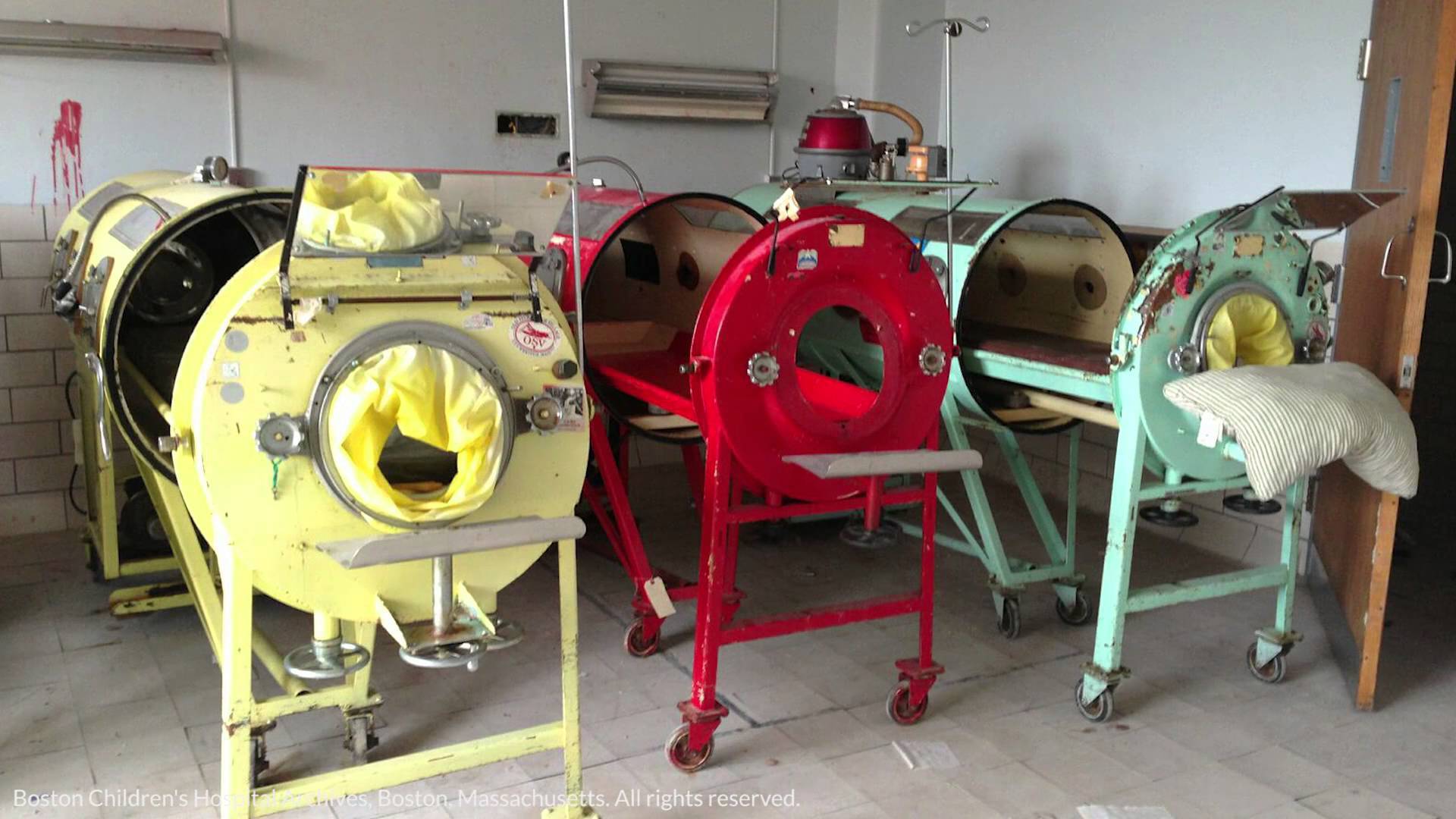 Surprisingly, it was YouTube that paired Peter up with a mechanic who could maintain the iron lung. Peter had found Brady Richards, who has a lab that tests products to make sure they are environmentally safe. He was perfect for what Peter needed. 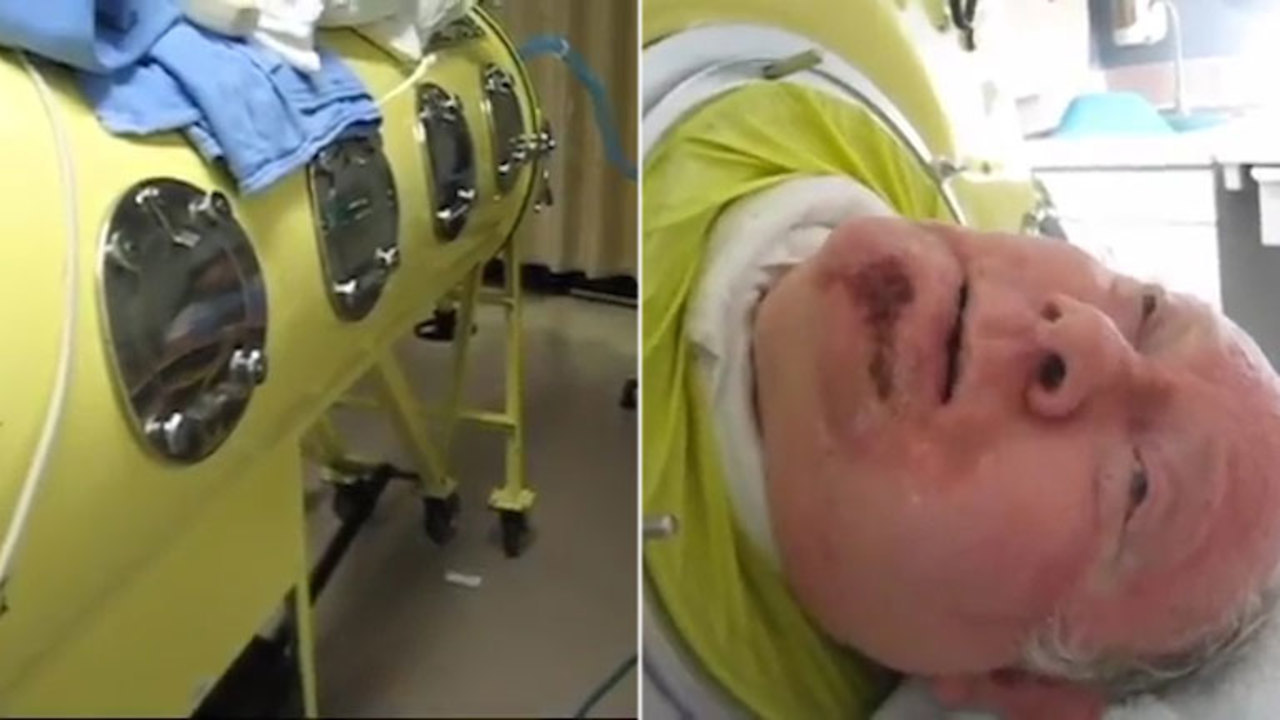 “It’s a rather simple machine. Give me electricity and I’m okay,” Peter explains. Peter doesn’t want to give up his reliable iron lung. However, he does live outside of it for most of the day.

Learning How to Breathe 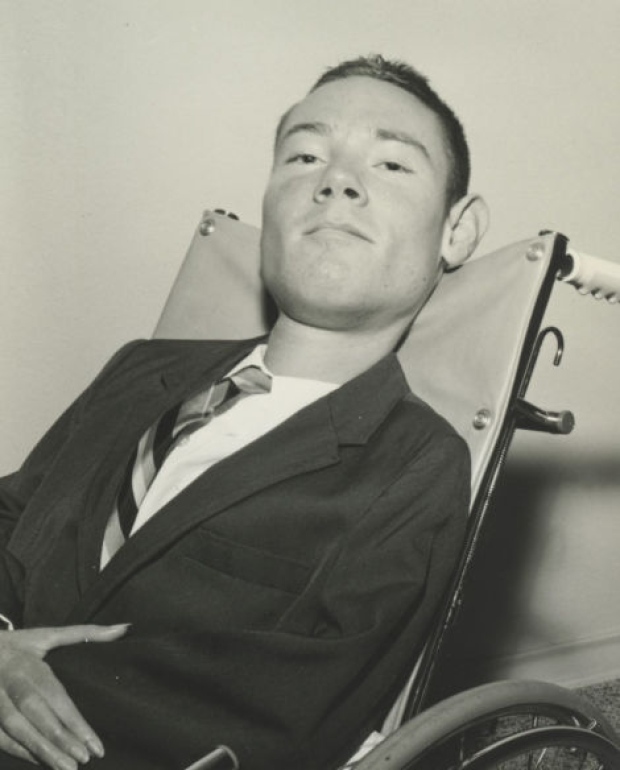 Peter has taught himself a new way to breathe and survive outside of his iron lung. “It was years and years and years before I developed another way of breathing. It’s a task that requires a lot of energy. But I was challenged to do it. I did it and it took me a year to get it up to three minutes,” Peter recalls his victory. 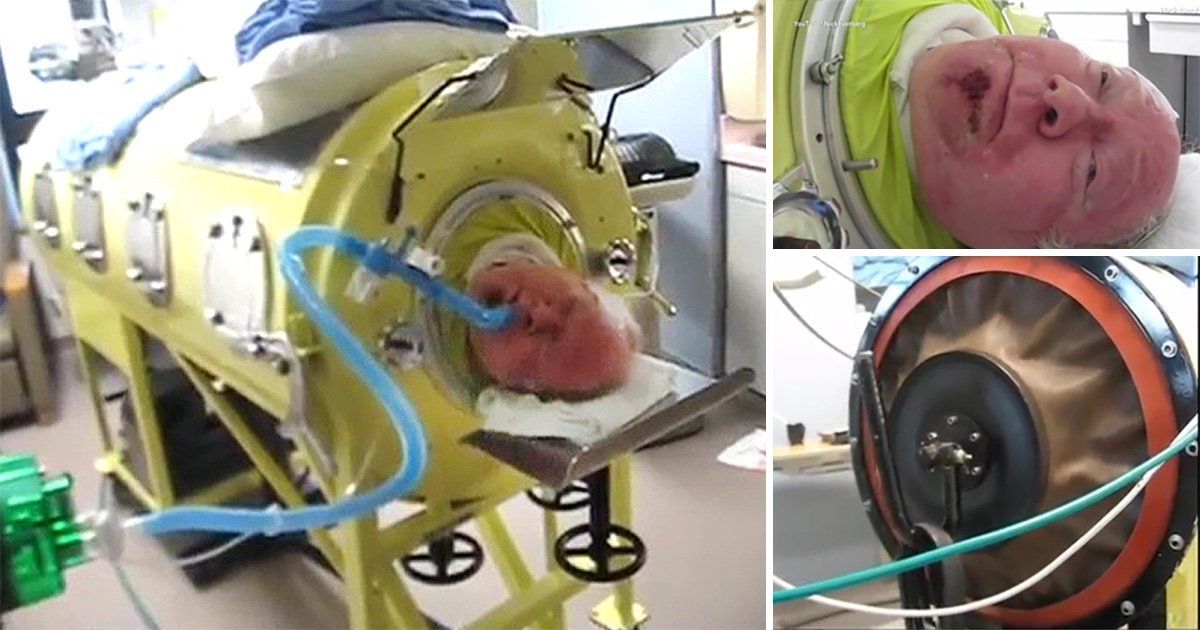 Without the machine, Peter has to gulp and swallow in order to breath. “What I do is I use my throat to gulp. I gulp in breaths and swallow them into my lungs,” he said on the talk show As It Happens.

Peter has a live-in caretaker who helps him go about his daily tasks. She turns the machine on and off for him. She helps in other ways, but Peter is almost fully capable of living on his own. 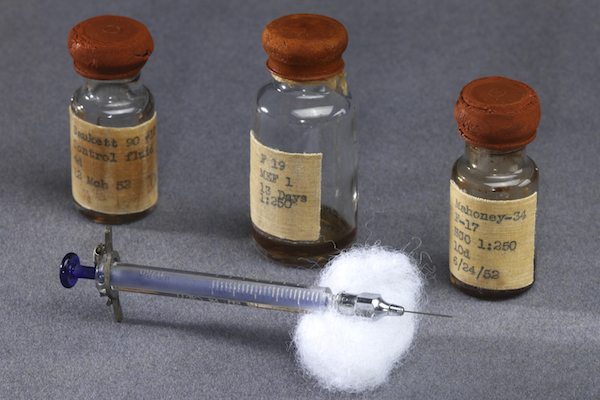 There is no cure for polio. However, there is a vaccine that protects people from the virus. Peter is a strong advocate for vaccinations and hopes to help educate people who are anti-vaccination. 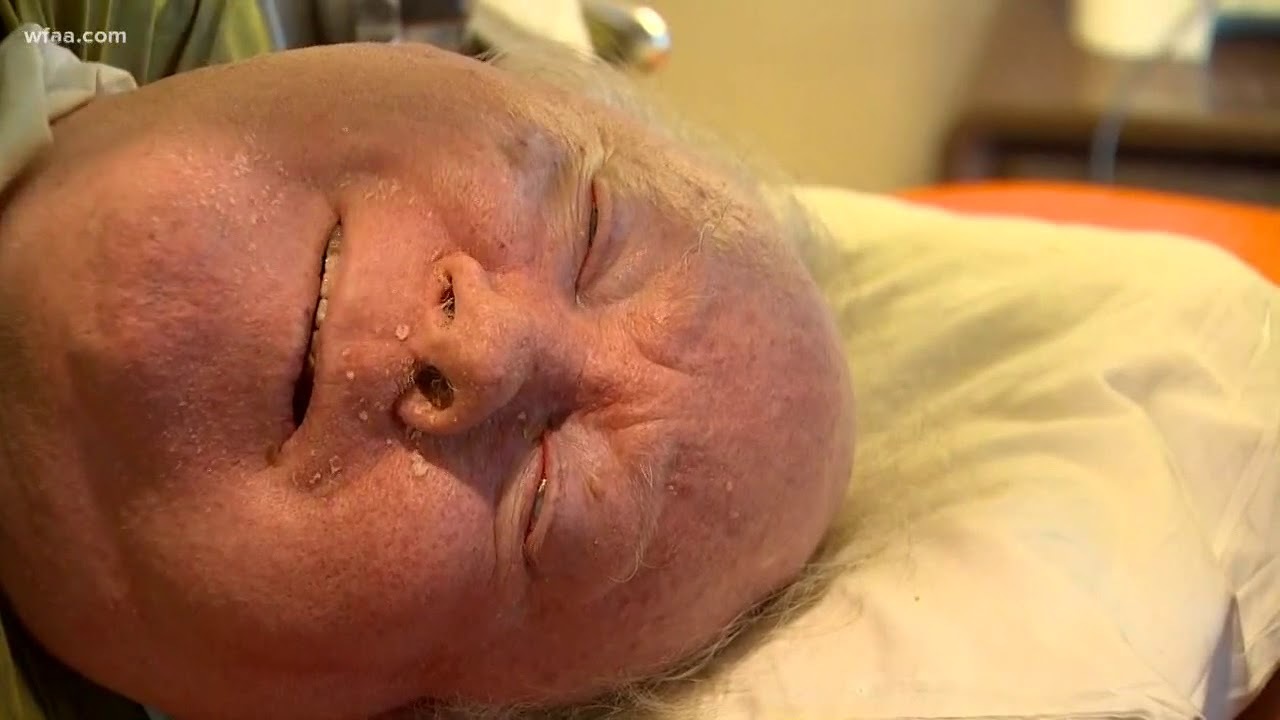 Peter hopes that his story can change the minds of people who think vaccines are harmful. “It’s their decision. But I gave them facts about polio. It’s been a hard life. It’s been tough. I’ve been abandoned by attendants. I’ve been very sick on occasions. I’ve had the government deny me care,” he explains. 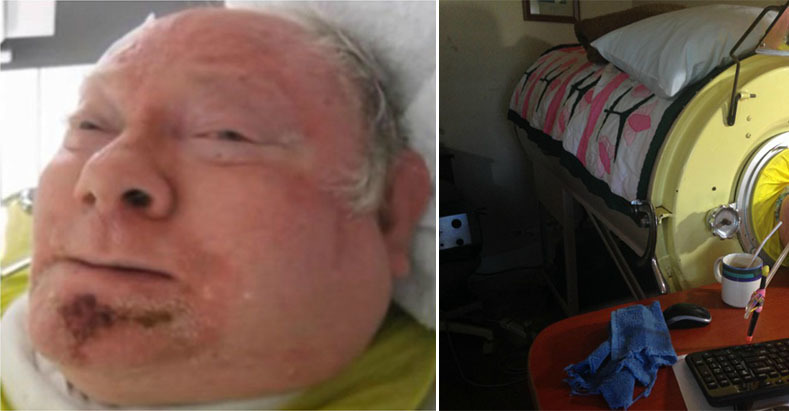 Peter’s story is so inspiring and tragic that he has decided to write a memoir. He hopes that he can help turn people away from the anti-vaccination movement by showing them his struggles from contracting the virus. He also wants to teach people how to be compassionate, like the people who have helped him. 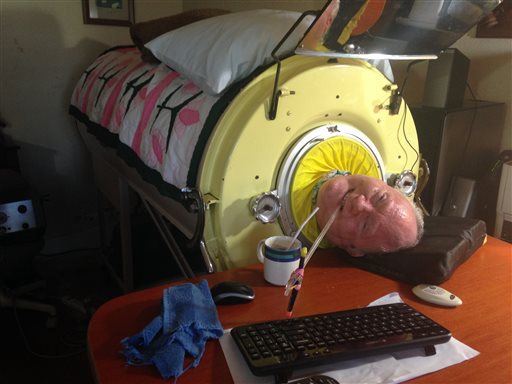 One group that builds wheelchair ramps, the Texas Ramp Project, heard Peter’s story. They agreed to help him by putting a ramp in front of his home if he became a spokesperson against polio. Of course, Peter immediately agreed.