Rescuers Saw This Wild Seal Behaving Abnormally, When They Took A Closer Look They Realized He Is Asking For Help

The sea can be a treacherous place for seals and other animals. Garbage, debris, plastic and fishing nets can get caught around their bodies, leading to serious injury and even death. Thankfully for a seal dubbed Lucky Star, a dedicated rescue team knew he was entangled in a fishing net and they would spend months in an attempt to free him. 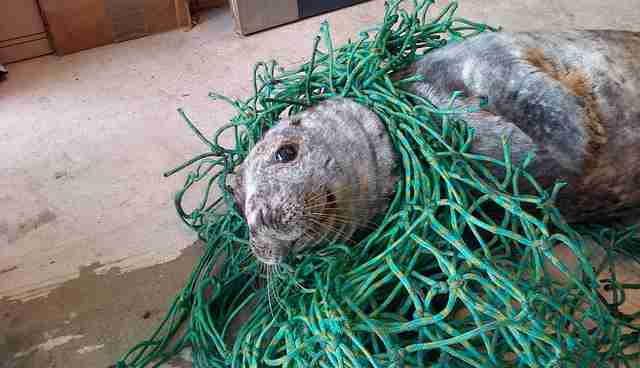 Surveyors from the Cornwall Seal Group Research Trust were working along the coast in England when they saw a heartbreaking sight: a gray seal who was entangled in a broken fishing net. The net was tightly wrapped around the seal’s neck. 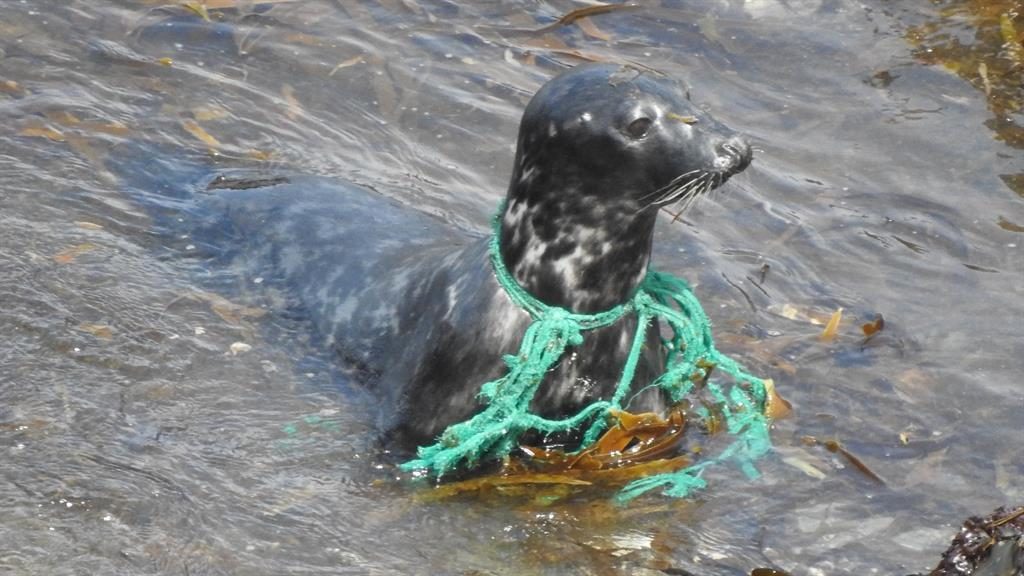 The surveyors had seen this happen all too often. Debris and trash pose a serious threat to seals. The surveyors named the seal Lucky Star as they pursued him. Their fear was that if he wasn’t freed from the net, he would eventually choke to death or get caught on something dangerous. 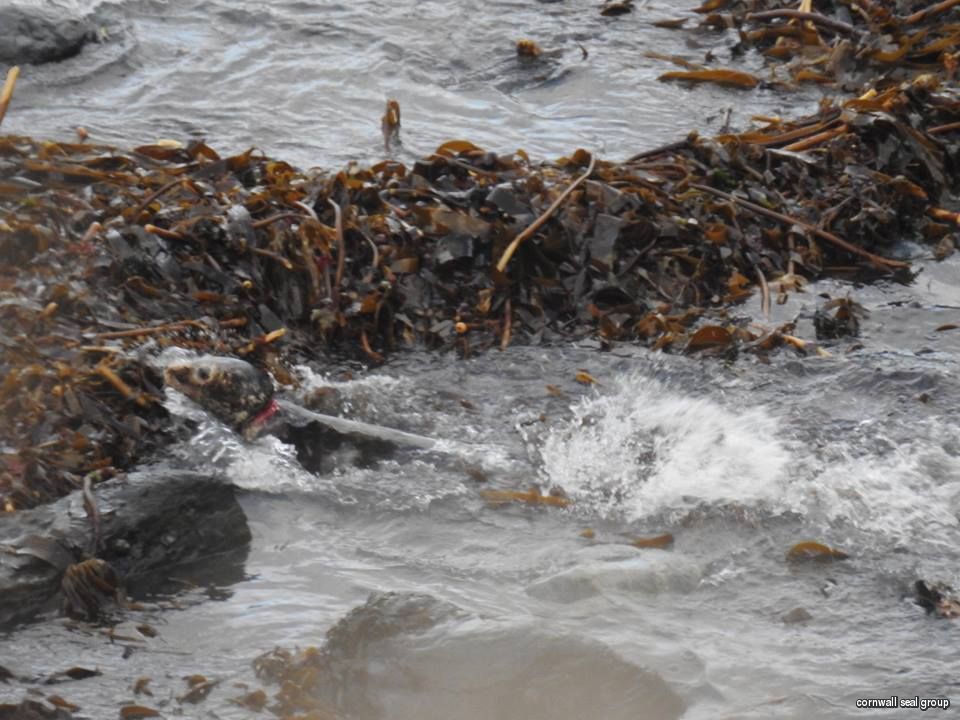 Lucky Star was not having it, however, swimming deep into the ocean to avoid capture. Although the rescuers were trying to save his life, he feared humans. The surveyors were disappointed, but they knew they needed to keep an eye out for him, because he wouldn’t be able to get out of the thick fishing net on his own. 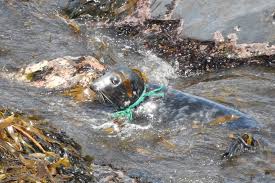 Over the next several weeks, the team saw Lucky Star surface several times. But the seal always eluded them.“When he was seen, he would often be heartbreakingly just out of reach, either hauled out on offshore rocks or swimming in the sea where it was impossible to get him,” the Cornwall Seal Group Research Trust said in a release. 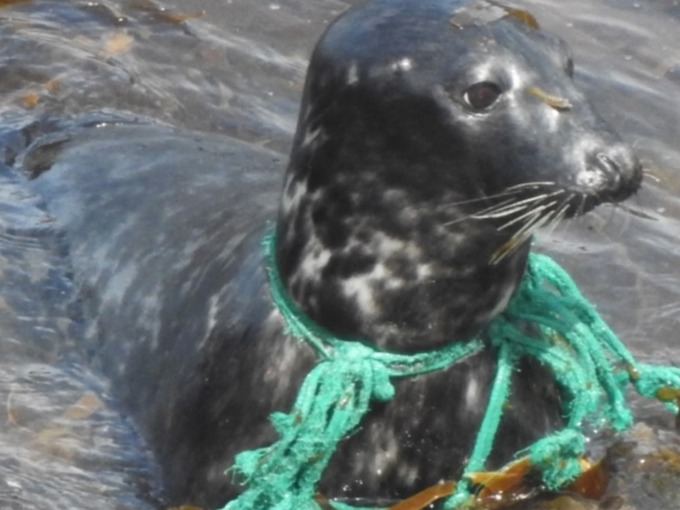 Then Lucky Star finally got his lucky break. Although he didn’t realize it at the time, it was a break that had to happen for him to have a long and healthy life. Months of tracking the seal paid off. Like Madonna once sang, “you must be my lucky star, because you follow me wherever you are.” 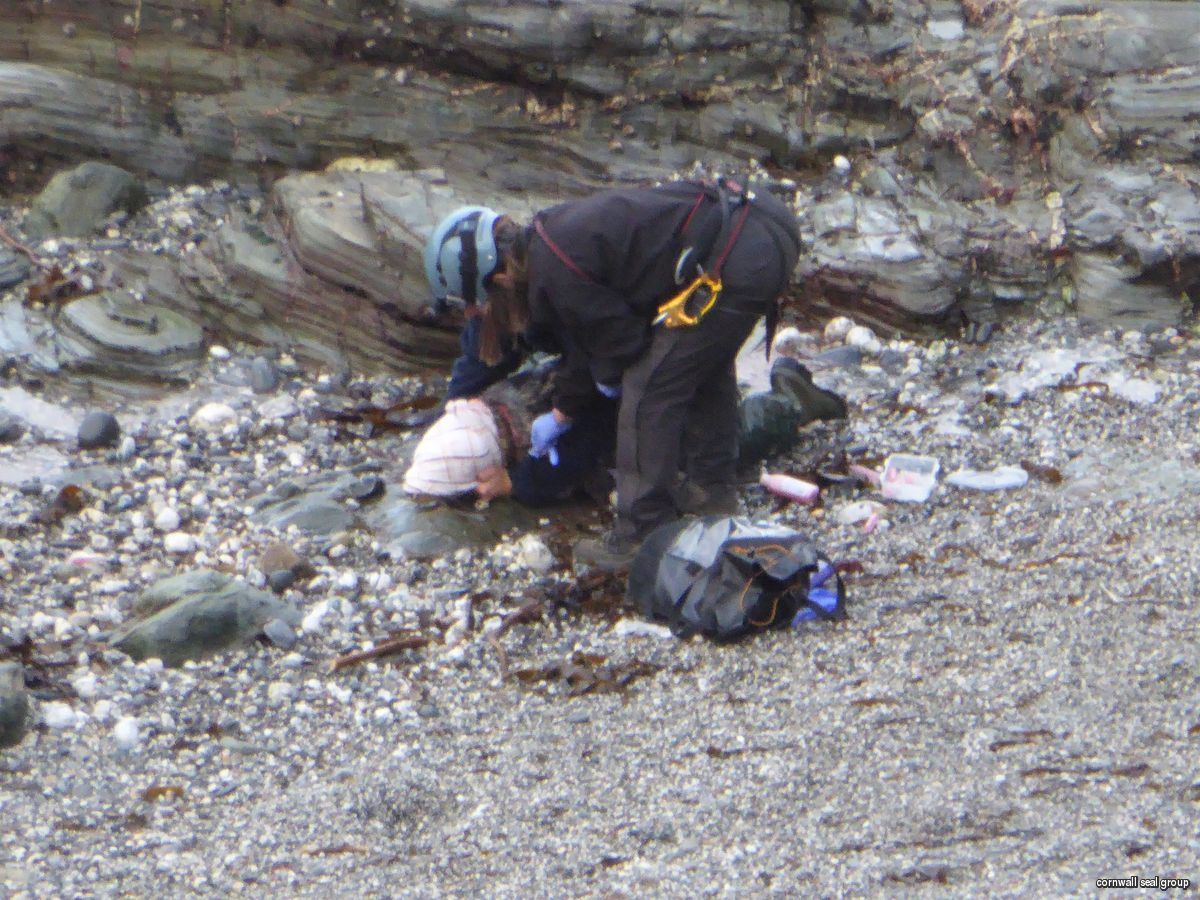 A stunning four months after they first saw him, Lucky Star resurfaced on the shore. A volunteer spotted him and alerted the other surveyors. Dan Jarvis and Sue Sayer rushed to the shore to see if they could finally capture the seal.

8. Freed from the Net 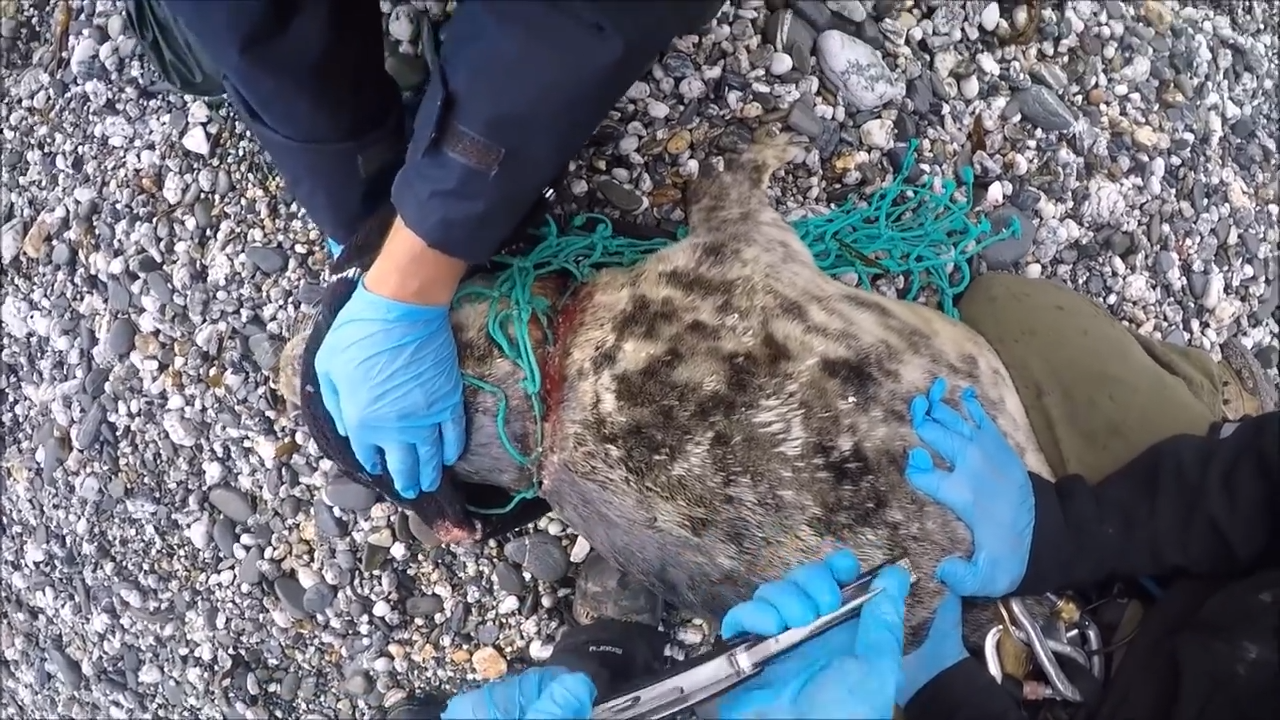 This time they were able to reach him. Jarvis was able to capture Lucky Star long enough for Sayer to cut him free of the ropes that were around his neck. That act saved his life, but the team wasn’t done taking care of this young seal. 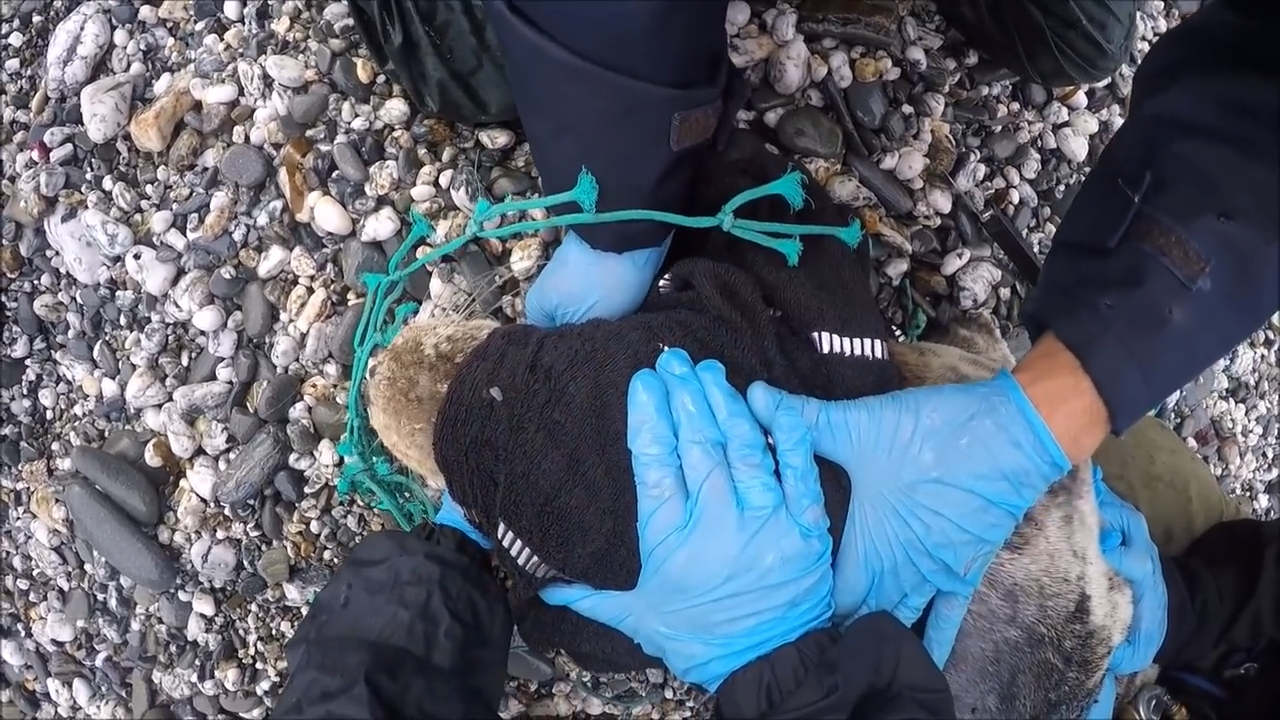 Now that the fishing net was gone, the team could see that the fishing net had injured Lucky Star.”Underneath the net, a raw deep wound was revealed across the back of his neck that would have caused him a great deal of pain every time he moved,” the Trust wrote. After the net was removed, the healing could begin. 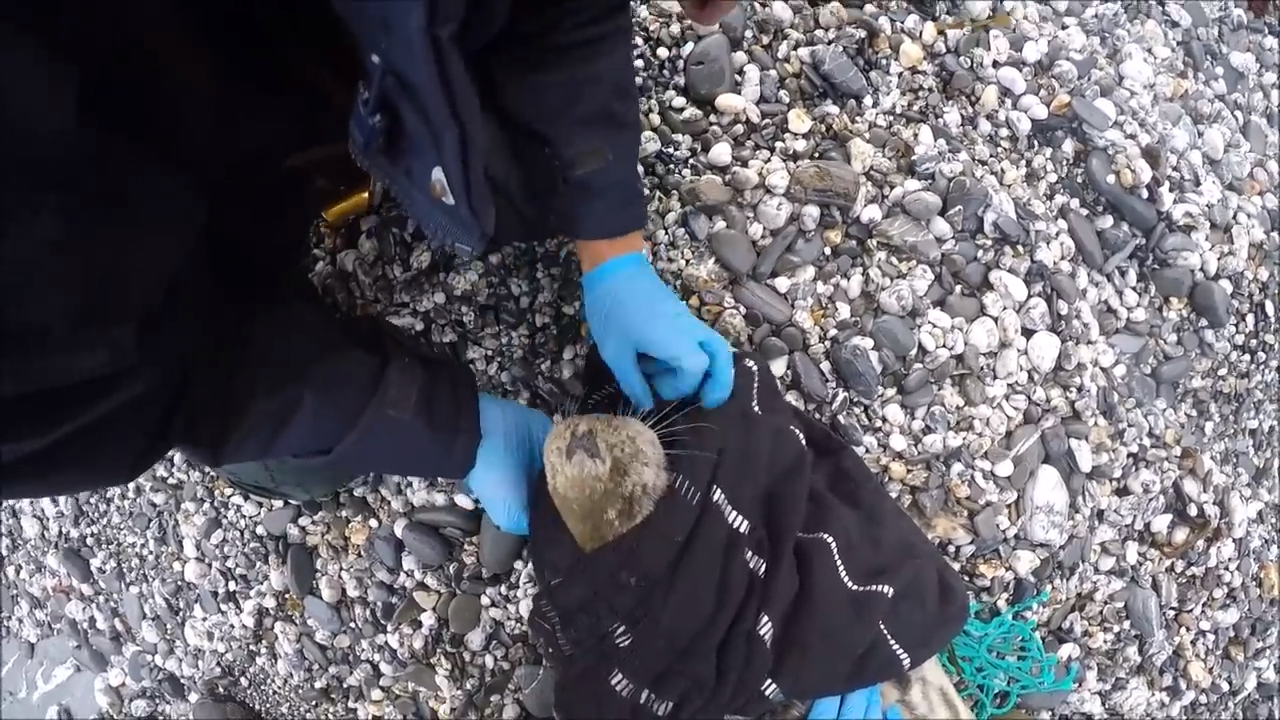 Sayer cleaned the wound and gave the seal antibiotics. After making sure he was well enough to return to the sea, Jarvis and Sayer released Lucky Star. Now he had a new lease on life and he happily went back to his life swimming and sunning on the coast.

Entanglement is a major threat to marine life, with many dying because humans dump trash like bottle plastic in the water. Birds also become entangled with these hazards. That’s one reason the Trust wanted to speak out about the rescue, to raise awareness about trash in the water. 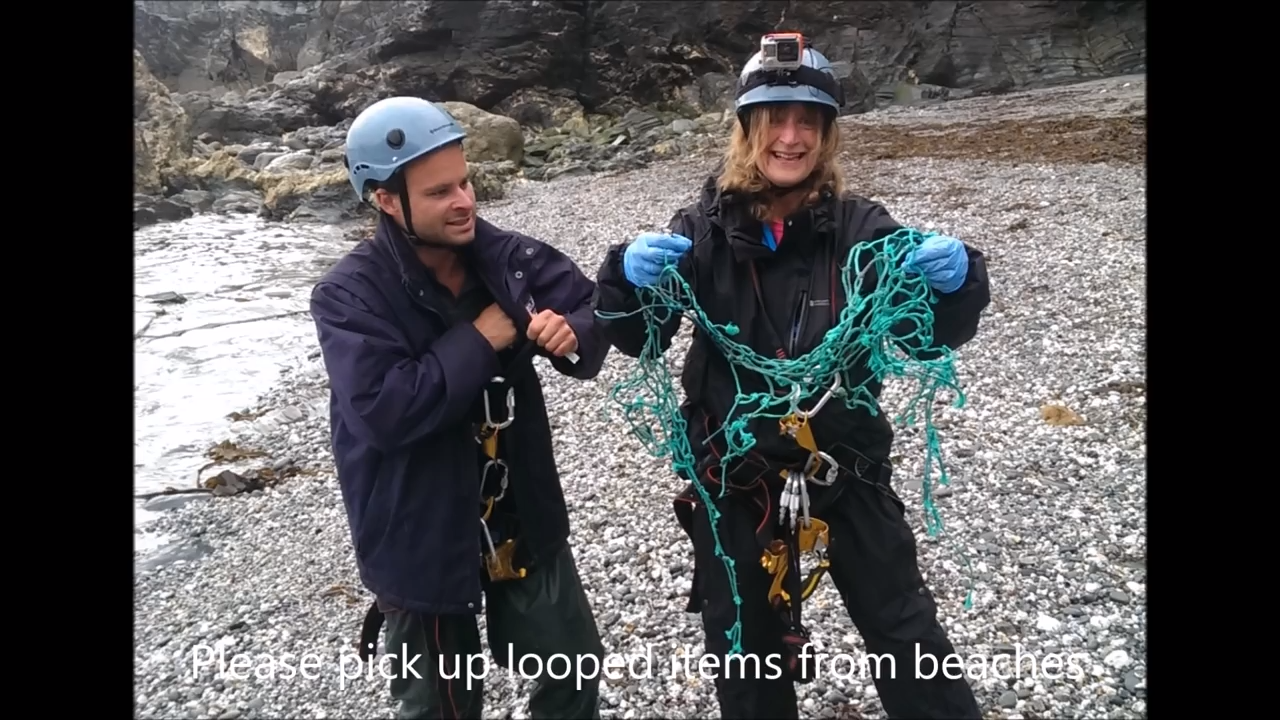 “I’ve watched this animal too many times and not been able to rescue him to allow him to slip away one more time. Winter is coming, and this may well have been our last chance to save him,” Jarvis said. “I was absolutely determined that we would succeed this time, and it finally felt like we had some luck on our side at last too.”

Jarvis and Sayer saved Lucky Star from becoming a statistic. “We were all overjoyed as well as relieved that we were finally able to save him from a slow and painful death,” Jarvis said. Lucky Star survived and thrived.

The Trust thought it was good timing to rescue Lucky Star on the same day that a BBC documentary about plastic trash, “Drowning in Plastic,” would be on TV. The program shined a light on the struggles of marine life around the world to fight the tide of man-made pollution.

After releasing Lucky Star, the volunteers took the opportunity to do a two-minute beach clean. This brought up a big bag of plastic bottles, polystyrene and even pieces of plastic balloons, in addition to Lucky Star’s net. It was a grim reminder of how much work there is to be done to ensure a healthy environment for marine life.