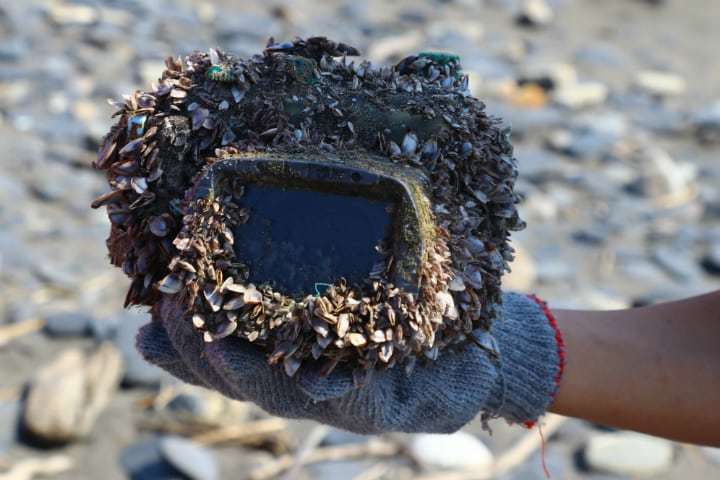 Miracles truly do exist. Just ask the woman who lost her camera at sea and had it returned to her years later. Covered in barnacles, the camera washed up on a beach in Taiwan. Surprisingly enough, the video footage was preserved. The person who discovered it went through great lengths to find the owner of the camera. 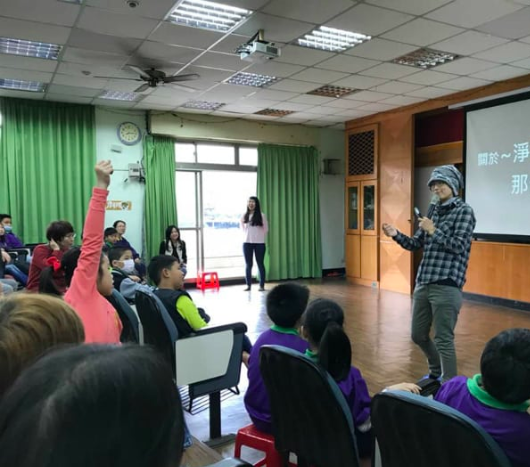 Park Lee taught children at Yue Ming Elementary School in Yilan, Taiwan about pollution and the harmful effects it had on the earth. He talked about how plastic killed the ocean and its creatures and how they could help by cleaning up trash on the beaches. 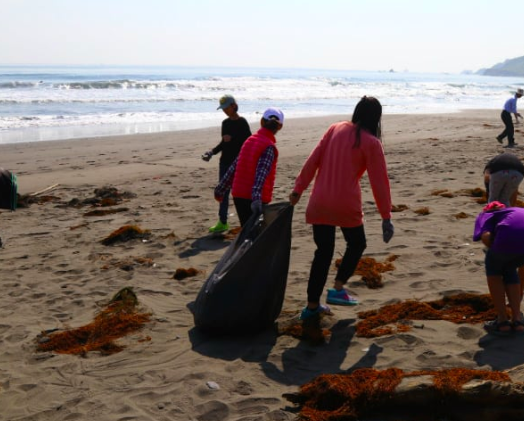 The children gathered on the beach with trash bags in hand ready to clean up the beach and the ocean. While they were just making a small impact on the larger problem, every bit helps. The kids loved it so much, another trip was planned for them. 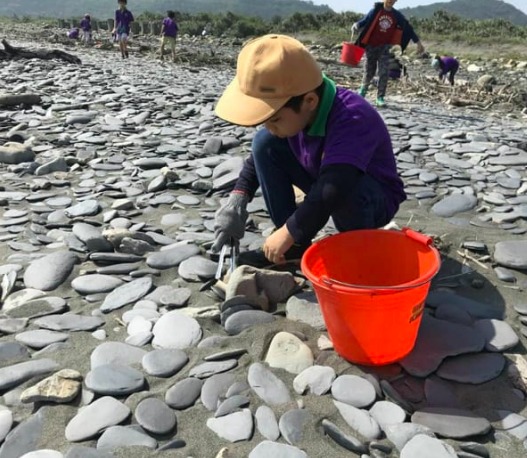 Equipped with buckets, tongs, and trash bags, the students were told to comb through every part of the beach picking up trash and plastic that didn’t belong there. By the end of the day, there were multiple buckets full of trash. 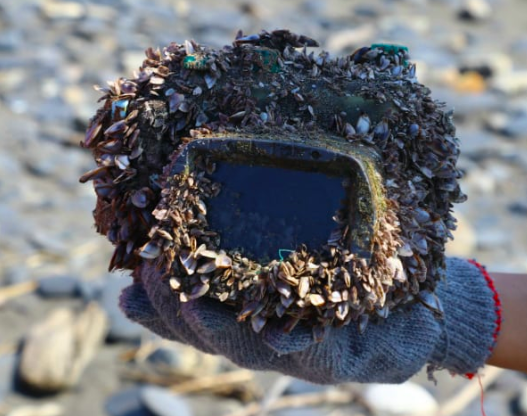 One student came across a large and strange looking object as they cleaned up the beach. It was covered in lichen and barnacles. At first, they thought it was a rock, until they saw a glass screen on the back. 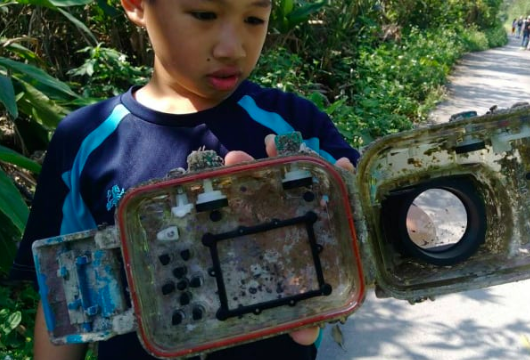 Park Lee examined the object and started taking away the barnacles and shells that were stuck to it. He discovered that it was an underwater camera case. “We thought it was broken, but then by change, knocked off a barnacle on the casing and found a button to open the case,” Park told BBC. Inside they discovered a Canon G12 camera. 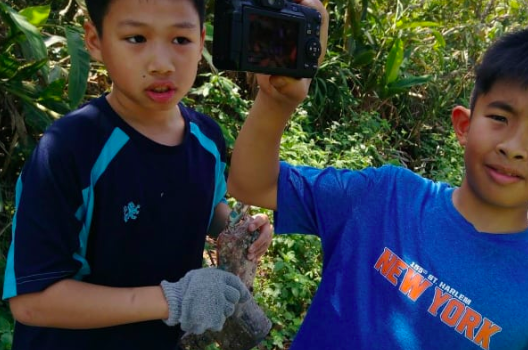 The waterproof case really did its job. The camera was hardly scratched and looked almost brand new when they took it out of the case. From the amount of barnacles, Park Lee concluded that the camera had been lost at sea for quite a while. 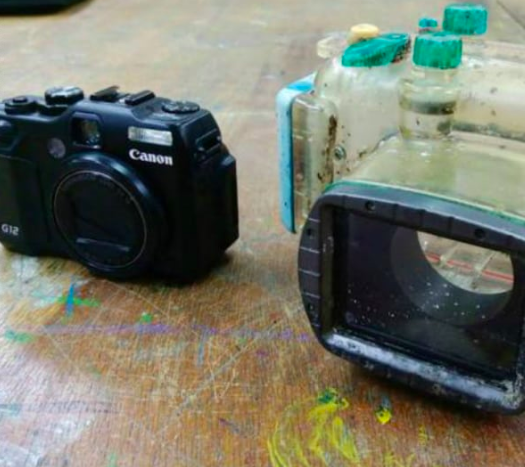 Even though the camera was at sea for so long, it still turned on when a student pressed a power button. They were also able to go through the pictures on the memory card. Lee immediately wondered who the camera belonged to. 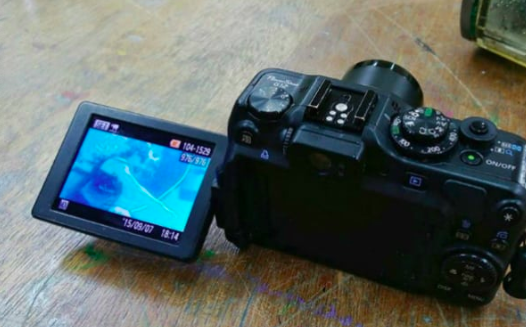 Lee struggled with whether they should look through the pictures on the camera or not. However, he decided to look at them in an effort to find out who the camera may have belonged to. “Some children though we had earned the camera and could for ourselves. Other suggested we should try to find the owner – and so we all sat down to think about how to do that,” Lee said. 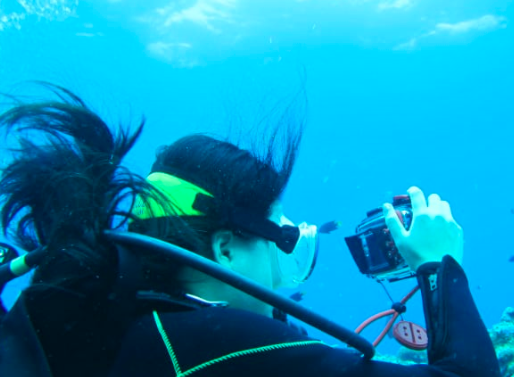 After viewing the last picture on the camera, the group concluded that the owner of the camera was a scuba diver. That wasn’t much to go on though. 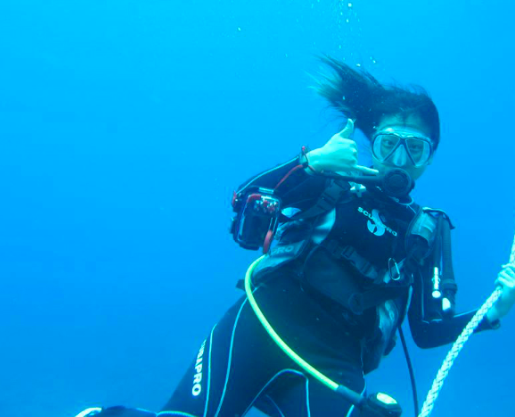 Finally, they came across a picture of a full face. They weren’t sure if the woman in the picture was the owner of the camera or just a friend of the owner. Either way, they were getting somewhere! 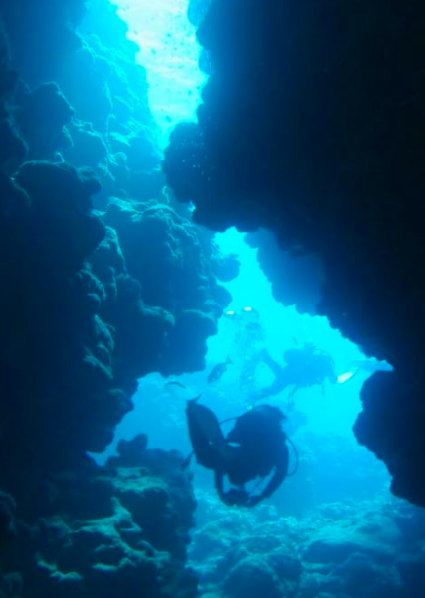 The group concluded that the owner of the camera had been on a scuba diving expedition to explore different reefs in the ocean. The pictures were mesmerizing and absolutely stunning. 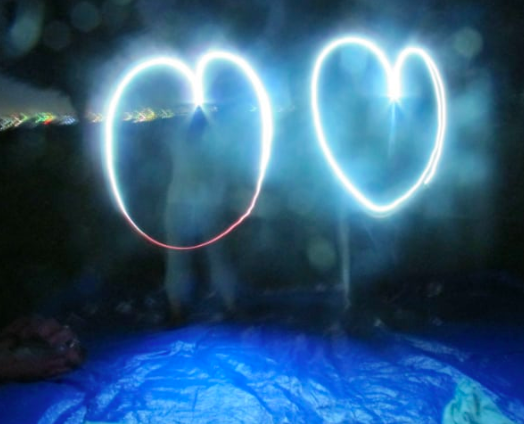 Soon, they discovered photos of a light festival. It was around the same time the scuba pictures were taken. The students thought the owner may have been on vacation. 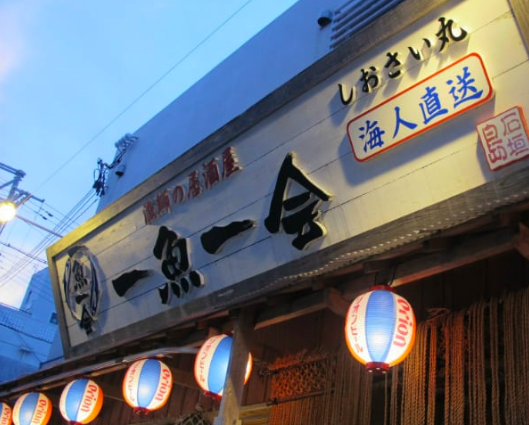 Another picture was of a Japanese fish market. The students became excited. This meant that the owner had been in Japan at one point. Another part of the mystery was whether it was north or south Japan.

They came across some pictures of dolphins and a woman swimming with them. They weren’t sure if it was an aquarium or under the water. 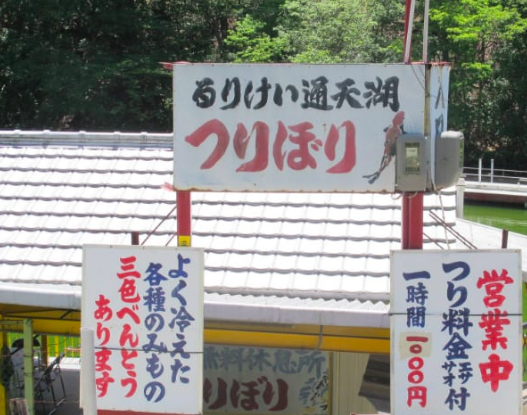 These signs indicate a fishing pond in Tsuribari. They concluded that the owner had been on vacation because only tourists would take a picture like this. Now they had a specific area where the owner had been, though. 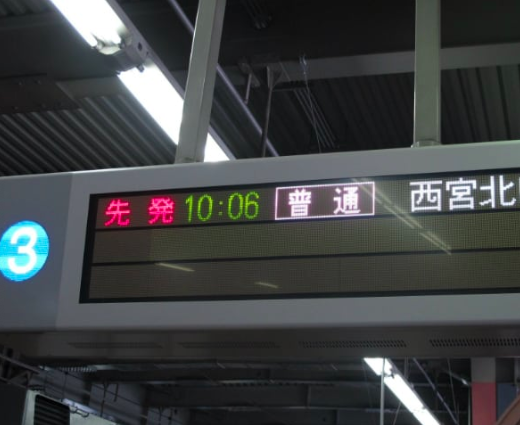 It was this picture of a sign in the Okinawa Perfecture that the group realized the camera had traveled about 155 miles since it was lost at sea. It was incredible that the camera made it all the way to Taiwan from japan. 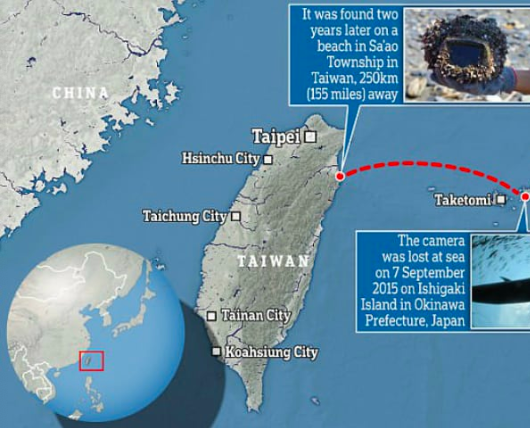 Lee made a map of the camera’s travels for his students to see. They were sure that the owner thought the camera was lost forever. They were on a mission to get it back to them. 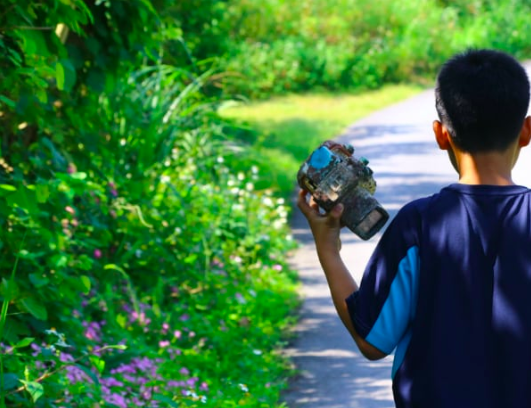 The easiest way to connect with strangers and people from all over the world is through social media. So, Lee decided to use Facebook to try and find the owner of the camera. He posted the pictures from the camera asking if they belonged to anyone and for people to share them. 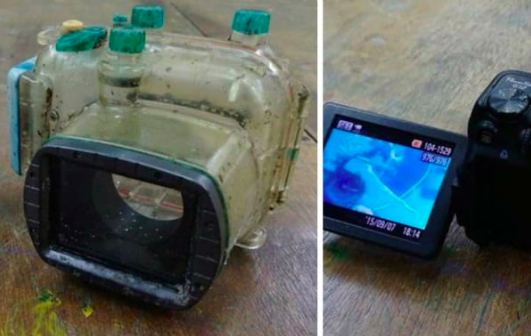 Park Lee made it clear that he thought going through a stranger’s pictures was unethical, but he thought it was important to get the camera back to the owner. 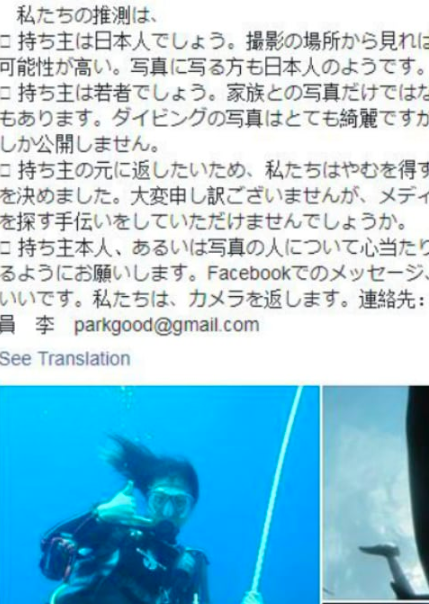 Lee made sure to include an explanation of the pictures on the camera and what he and his students hypothesized about the owner. Hopefully these clues would help bring them closer to finding the owner. 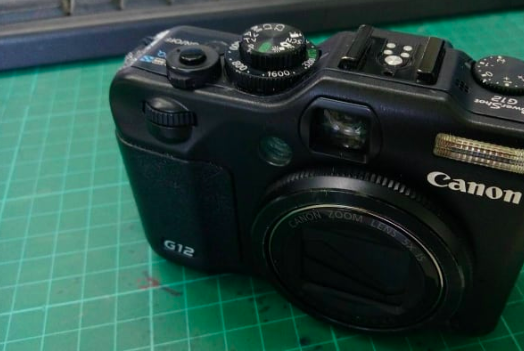 To show how respectful Lee and his students were about going through the camera, he posted a photo of its pristine condition on Facebook. “I received countless messages from people in Taiwan and Japan [who] wanted to reunite the camera with its owner,” Lee said. The post was shared over 10,000 times. 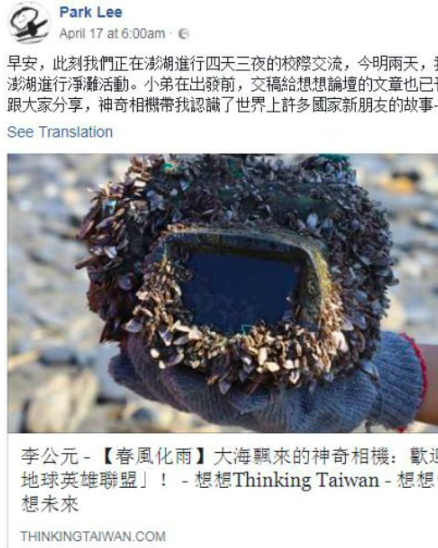 Park finally received the message he had been waiting for. Someone claimed to be the owner of the camera. “Thanks to the amazing internet world, we’ve found the camera’s owner. While I was confident that we would eventually find the owner, I had no idea it would happen so quickly,” he wrote. After just 30 hours of searching, the owner had been found. 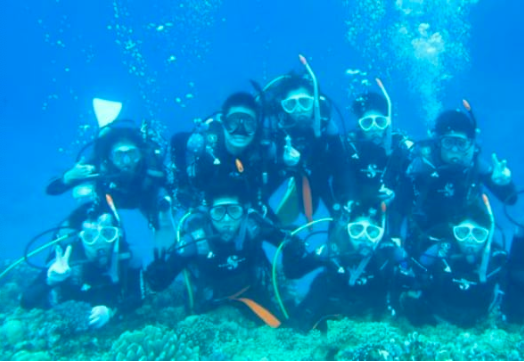 The camera’s owner was Serina Tsubakihara. “I was scuba diving and I lost the camera when one of my friends ran out of air and needed my help,” Serina explained to Lee. While she thought she would never see the camera again, saving her friend was much more important. 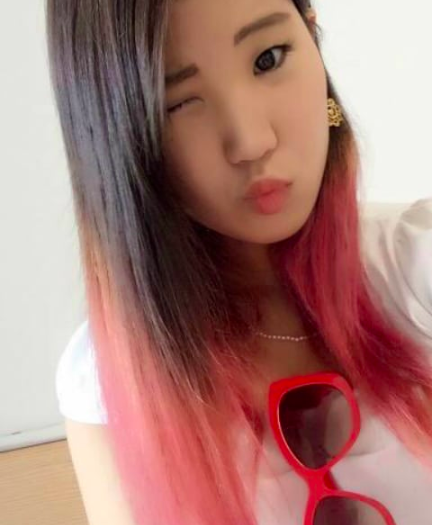 Serina was a student in her third year at Sophia University in Tokyo. She was studying English. “I was super surprised when my friends told me about this and sent me the post with those pictures. I couldn’t believe it was happening,” she said. She was so grateful that her camera was found and that people worked hard to return it. 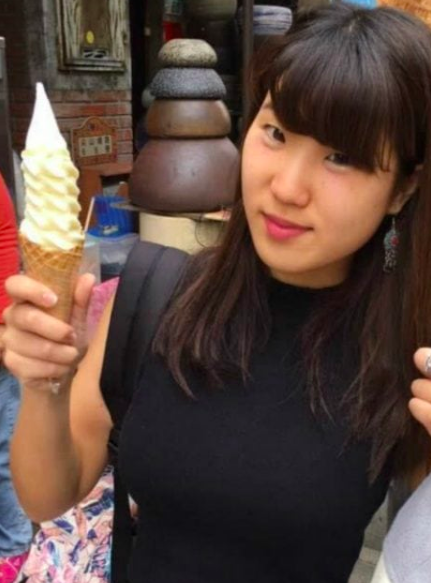 “Those pictures remind me of old memories and looking at them brought me back to them,” Serina stated. The pictures had been taken two years ago. Another coincidence was that she had traveled to Taiwan the year before! “I still can’t believe this is happening but the only thing I want to say is thank you so much for every single person who was involved with this. I never thought this would happen, but it’s still a wonder.” 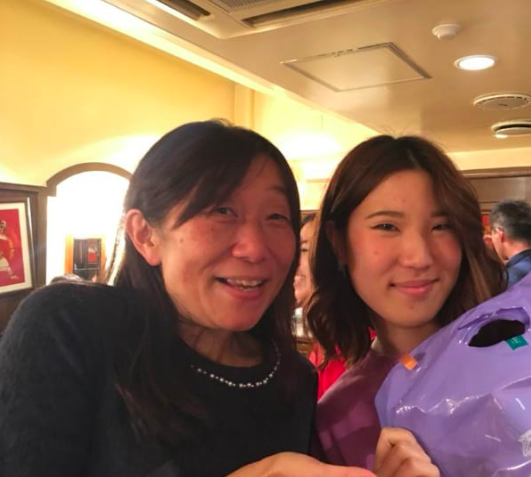 Serina planned to visit Taiwan to retrieve her camera. She was excited about getting her camera back and visiting Taiwan again. 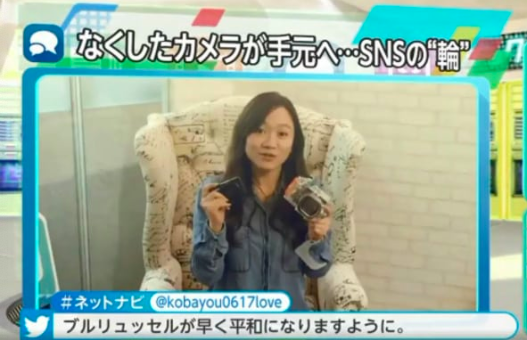 The media was excited when they caught hold of the story. Serina ended up on the news and in interviews about the journey of her camera. 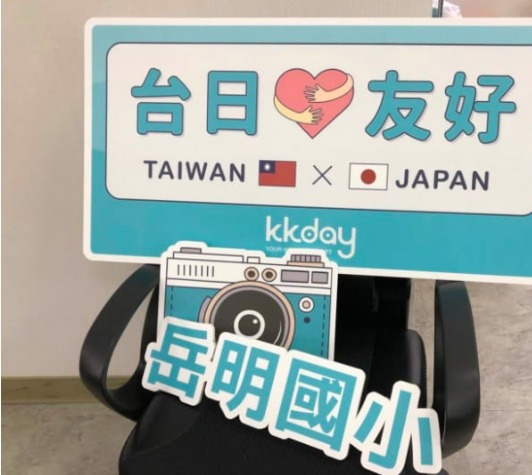 The travel agency, KKday sponsored a trip for Serina to go to Taiwan and collect her camera. Serina also arranged to meet Park Lee and his students and give them a big thank you for finding her camera. 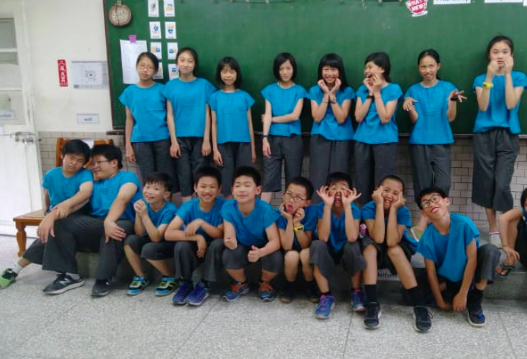 When Canon heard the story, they donated cameras to all of the students who had found the camera and worked to return it to Serina. The students were asked to take pictures of their adventures cleaning up beaches during their environmental class. 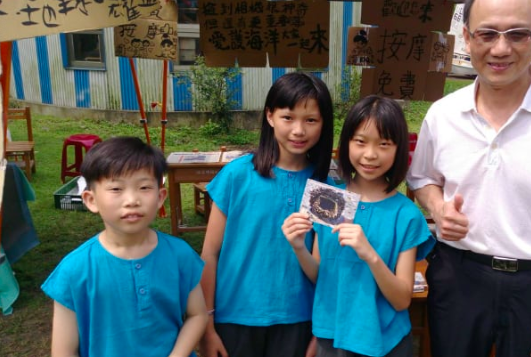 Park Lee and his students decided to run with the good publicity and raised $3,176 so they can put on a puppet show of their experience finding the camera at two seaside schools in an effort to bring awareness to ocean pollution.