Darci Brown Elliott, followed the same path in life that many of us do. She welcomed her son into the world with fears and dreams about this future. While the birth was uneventful and the day Broc was brought into the world, things would soon take a turn. Parents know just how stressful having a child can be. Watching them grow and trying to keep the fears away while celebrating and guiding their lives towards something better than their own. What Darci wasn’t prepared for was a rare genetic disorder that baby Broc would soon bring to light. 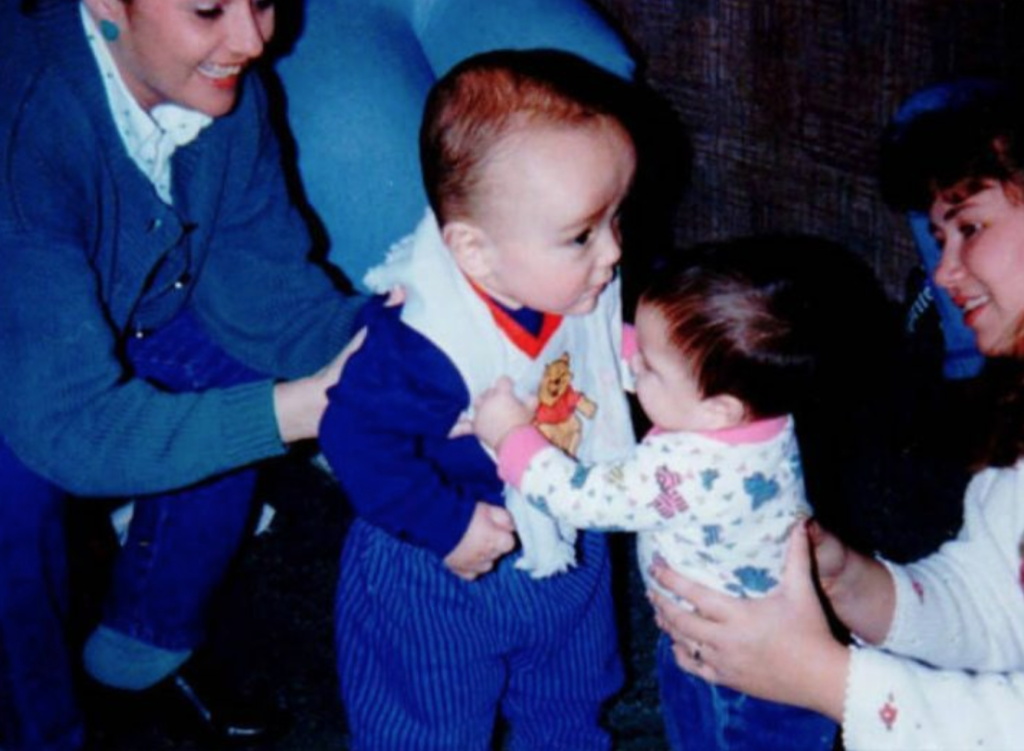 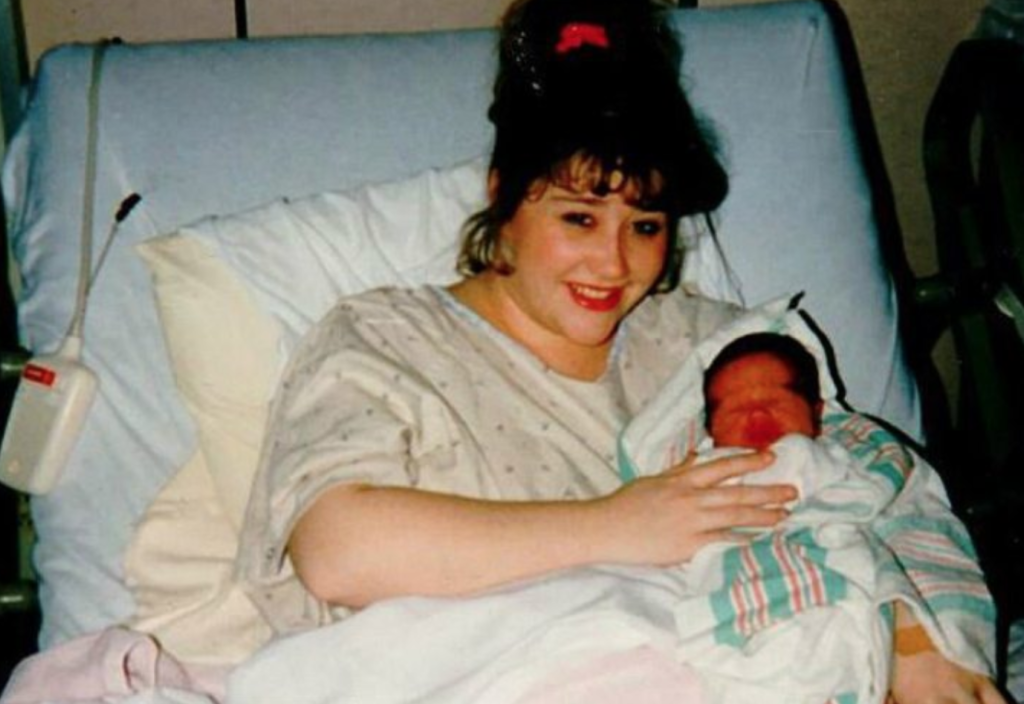 Broc Brown was born at a healthy size and weight; 8 lbs. 22-inches. A perfectly normal sized baby, actually smaller than some. The future, though, would make that the only time in his life that his size could be considered “normal.” 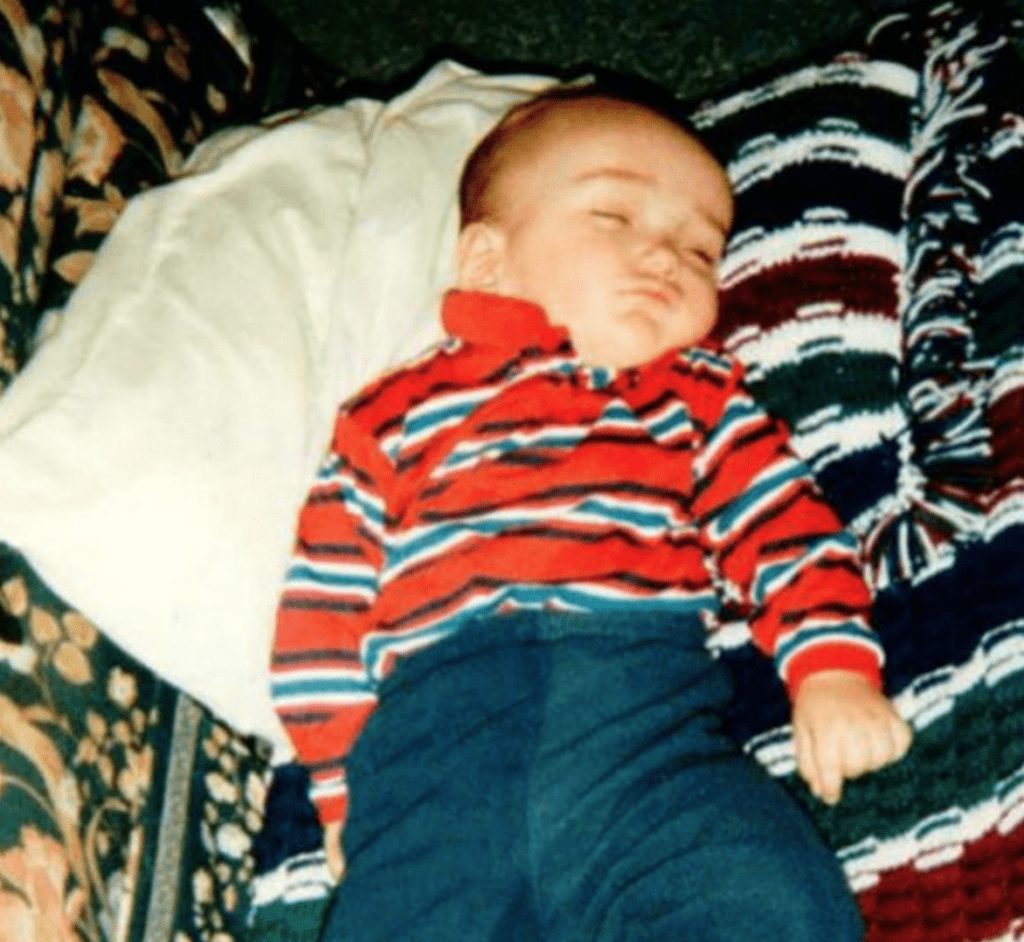 As any parent knows, the first five years of a child’s life are incredible. For those that have been fortunate enough to stay at home with their child, that first day of kindergarten can be heart-wrenching as it is the first time they send their child out into the world alone. Broc was growing fast, and by the time that he was ready for kindergarten he was already 5′ 2″. The question is how is he growing so fast? 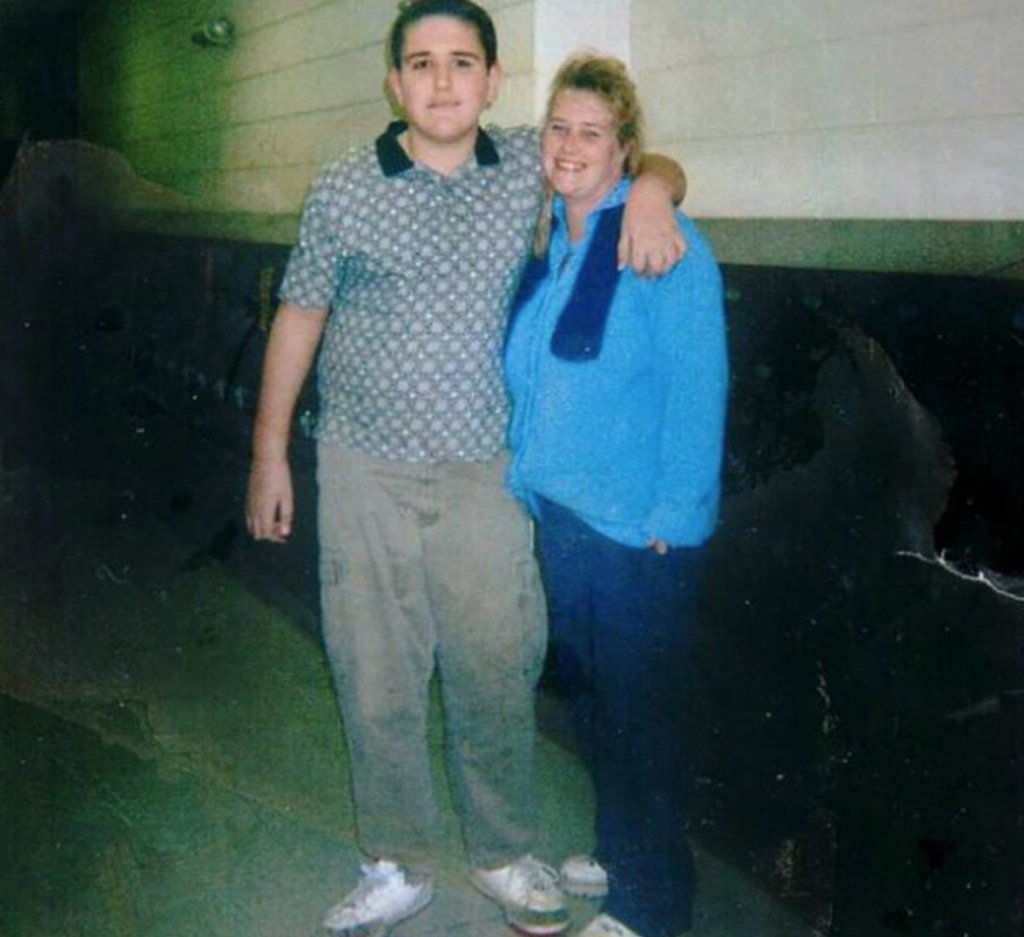 Going into kindergarten, Broc was already almost as tall as his mother. For most, kids don’t get there until their teens. Broc was there at around 5 years old. His Aunt Stacy said, “When he was small, he couldn’t ride a bike, but when you’re trying to teach a 6-year-old who’s the same size as you, it’s hard. You can’t stabilize him.” 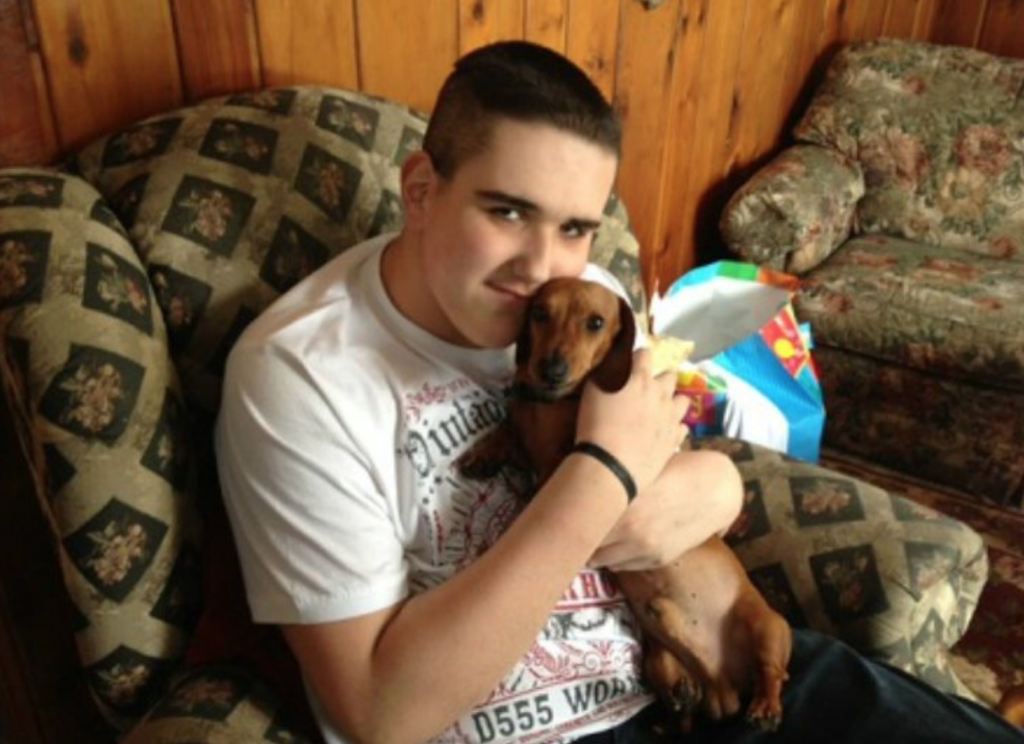 Due to the rapid growth of Broc, Darci knew she needed to work with medical professionals to figure out what was happening. In times like these, fear is most likely the biggest concern is that those that grow this fast often face serious medical problems.

Learning What is at Stake 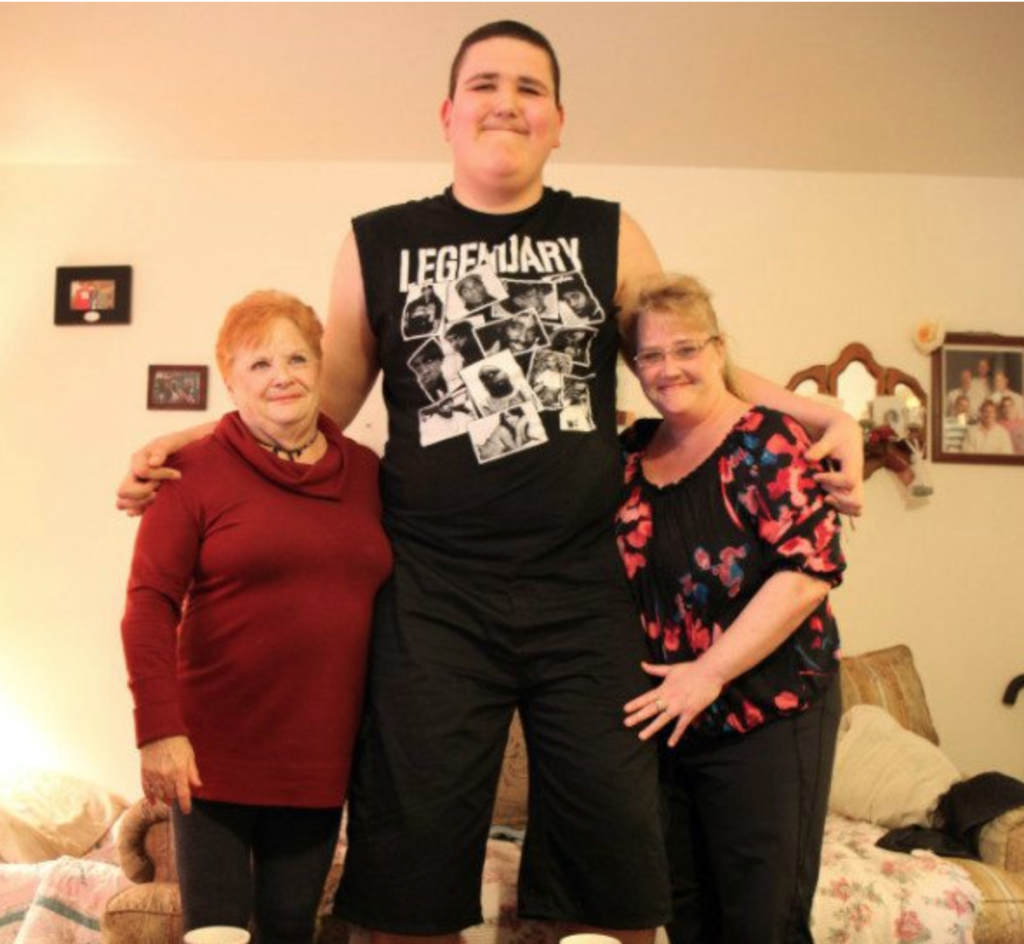 With many consultations with medical professionals, the tests on the young boy would reveal much of what was going on. While Darci waited for the results, worry set it, but still, the happiness of Broc was the most important thing.

A Rarity in Medicine 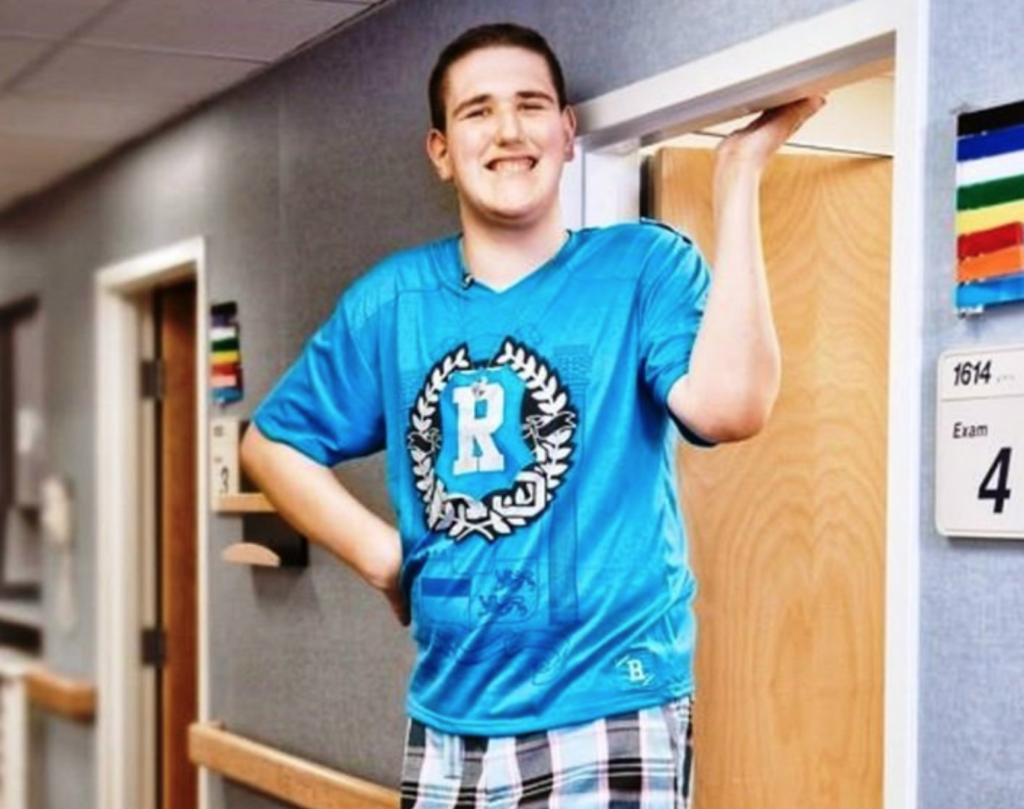 At only 5 years old, Broc was diagnosed with a rare condition, which was hereditary, called Sotos Syndrome, more commonly known as cerebral gigantism. It affects one out of every 15,000 people at has a fairly disheartening prognosis.

With Sotos Syndrome, doctors told Darci that it was unlikely that Broc would live into his 20’s. Darci understood the prognosis and what her son was facing, saying, “There’s nothing that can stop him from growing – I don’t know if he will ever stop.” 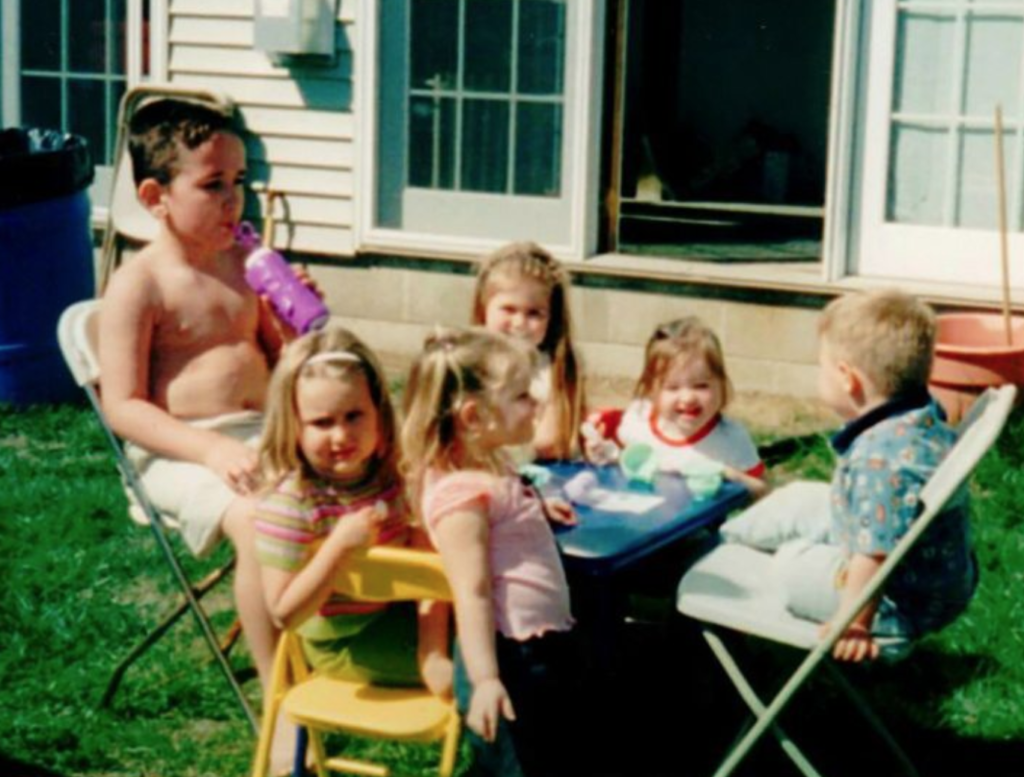 Knowing that her child was facing a difficult road, Darci quickly started looking for some sort of treatment. What she found was not something that gave her any form of hope. There is no standard treatment for the syndrome, so there was no way to know what the future held. What would happen throughout Broc’s life, though, would surprise everyone.

Trying to Fit In 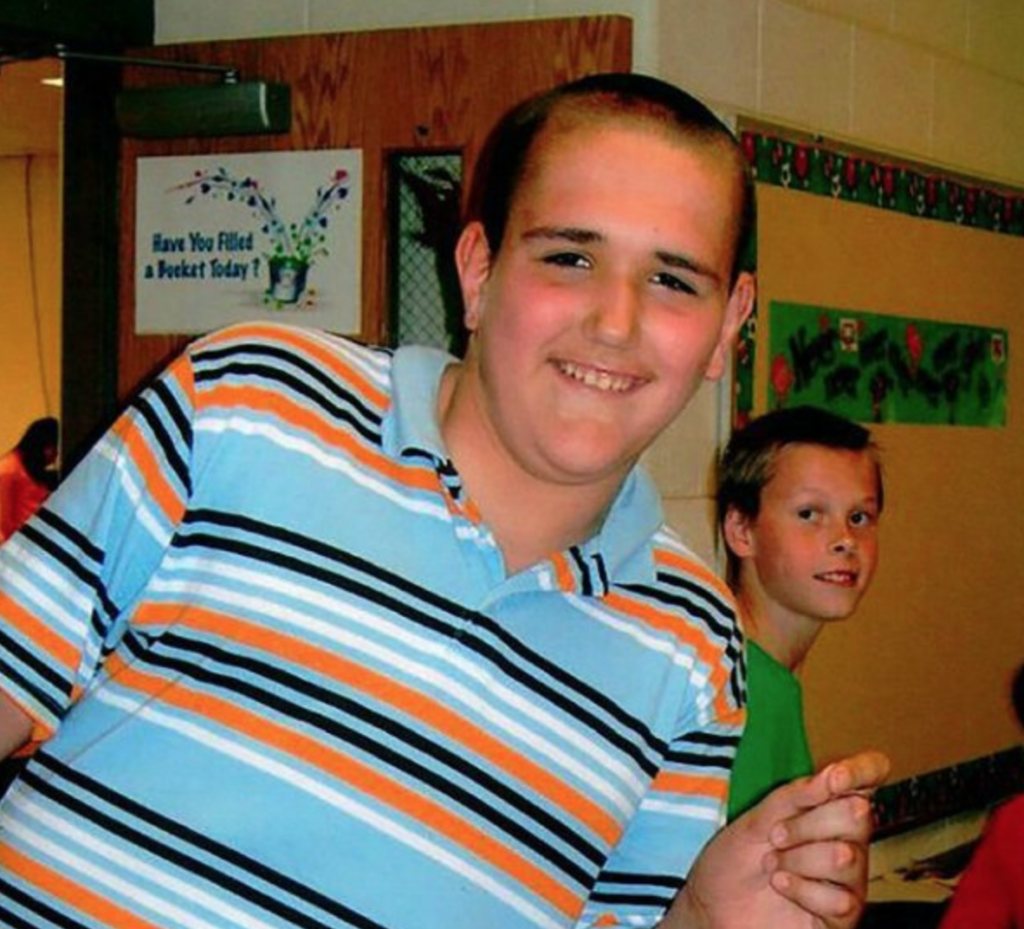 Teen years can be difficult, but add to that the alarming growth rate of Broc and high school was even more difficult. He was so much taller than anyone else in his school, ever since he was in elementary, that he always stood out. If you can remember your days in school, standing out was not the goal. 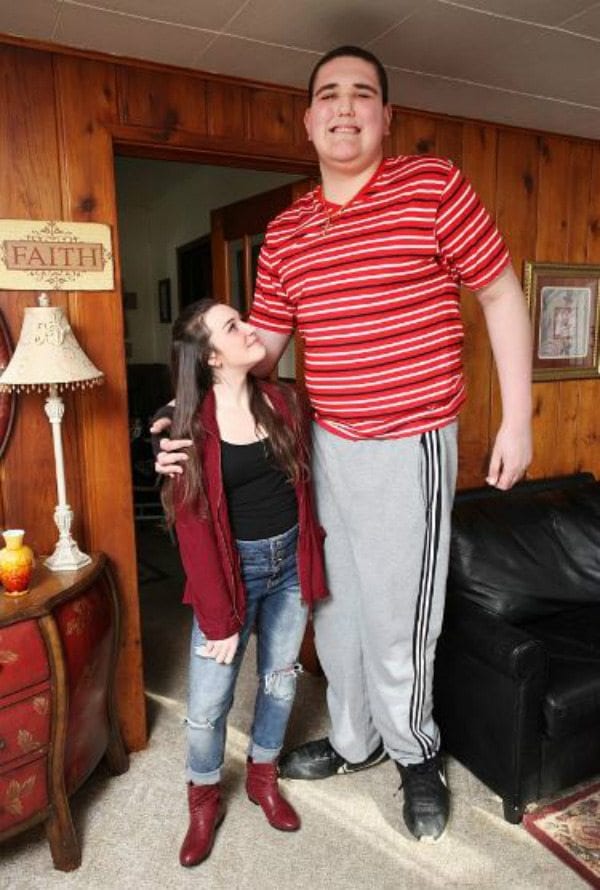 Growth is not unusual for those with Broc’s condition, but he was seemingly shocking everyone. At only 11-years-old he was already crossing the 6′ range and three years later, at 14, he was around 7′. But there was still more to come.

A Turn for the Worse? 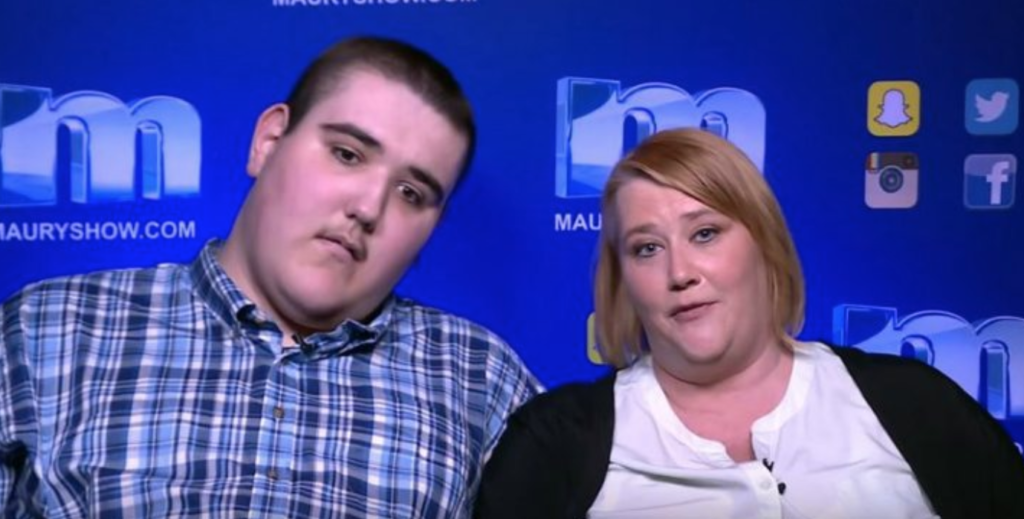 Sotos Syndrome generally leads to taller individuals, but with Broc, things were different. He was not just taller, but larger. This could be a bad sign as he was not following the traditional expectations of those suffering with the genetic disorder. It was a cause for alarm and his health was a major concern. 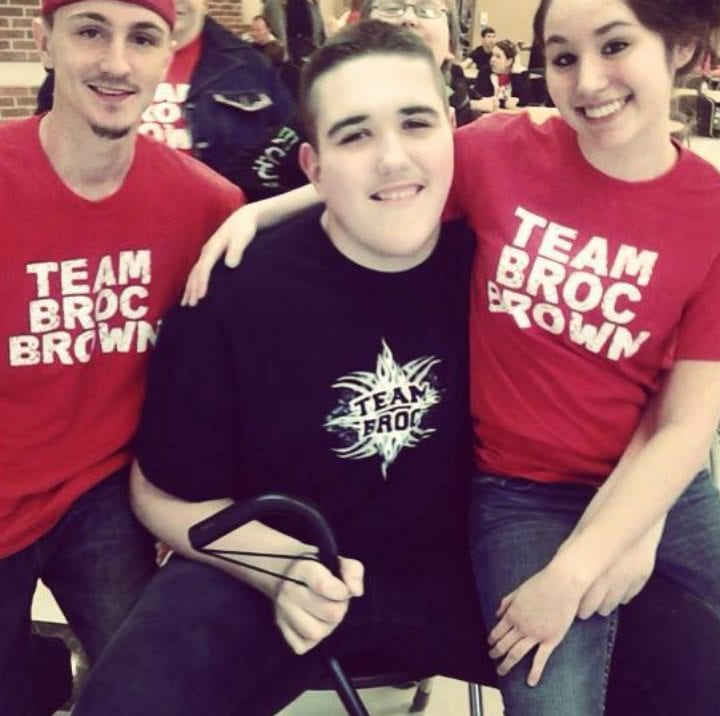 With a curvature in his spine, strain on his hart, some learning difficulties, ADHD, and only one kidney when he was born (preventing the use of most painkillers), Broc faced an uphill battle. One that he would take on alone, if he had to. Fortunately, he wasn’t alone and those around him supported him in every way possible.

The Cost of the Condition 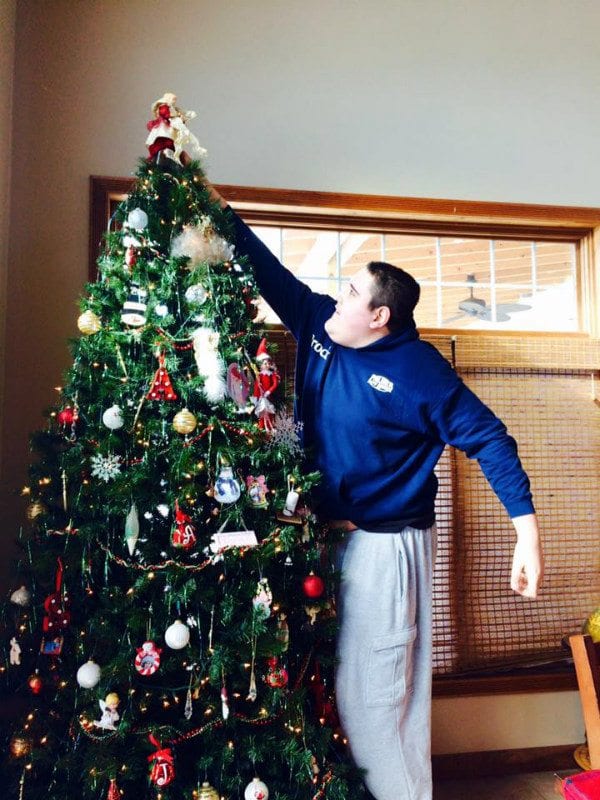 With his growth continuing, his family had to look at ways to ensure he could live as comfortably as possible. Most of his furniture is custom made and costly, and his bedroom needs to be comfortable as he can sleep for 16 hours a day when he hits a growth spurt. The disorder was taking a toll on Broc and his family, but they never lost hope.

From the Mouth of Babes 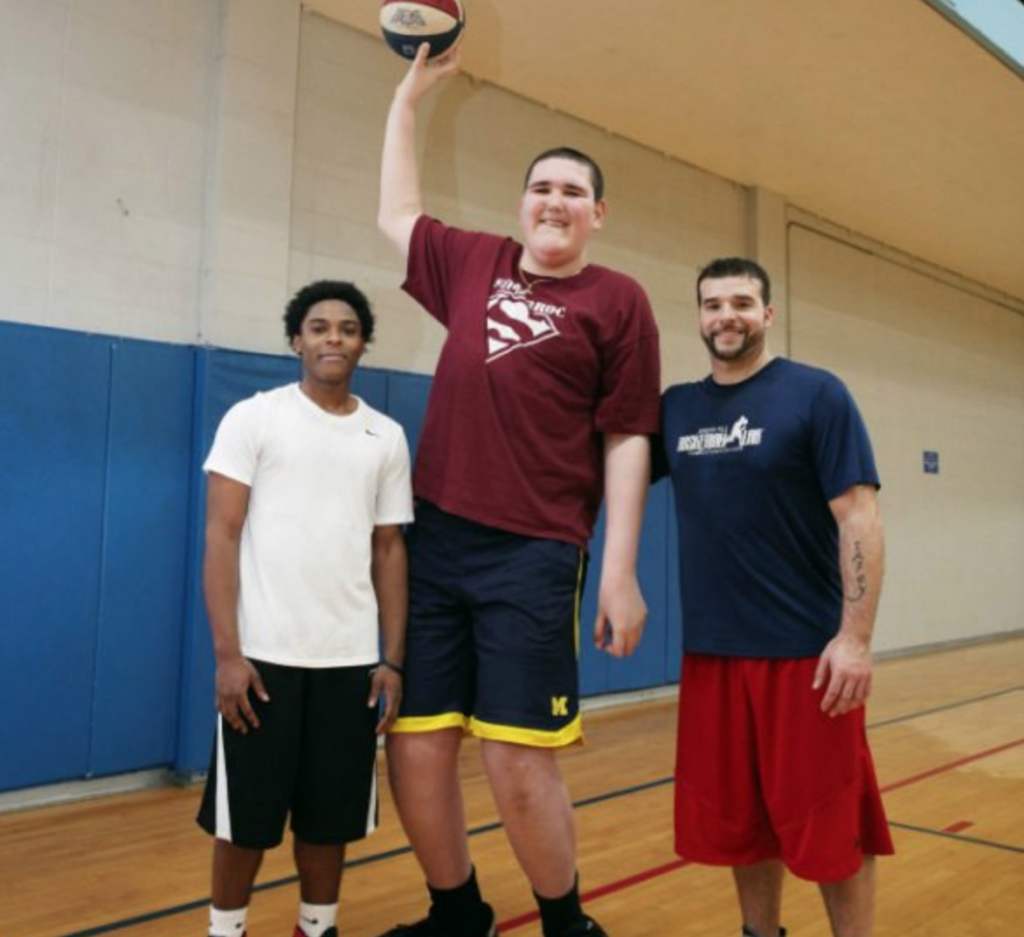 “It kind of feels like a big tennis racket has gone through my back,” he has said about his relentless pain. “I do stuff to stop it hurting and it makes me feel like there’s a needle gone through it – it’s hard to deal with.” His mother, though, paints a clear picture of the man, “Overall he is a big softie, his heart is as big as his body. Amazingly, Broc has maintained a sunny attitude throughout everything. Those who know him have observed that not only is his height extraordinary, but so is his character. The humble young man has one heart-melting request: “I just wish the doctors could do something to help my pain.” 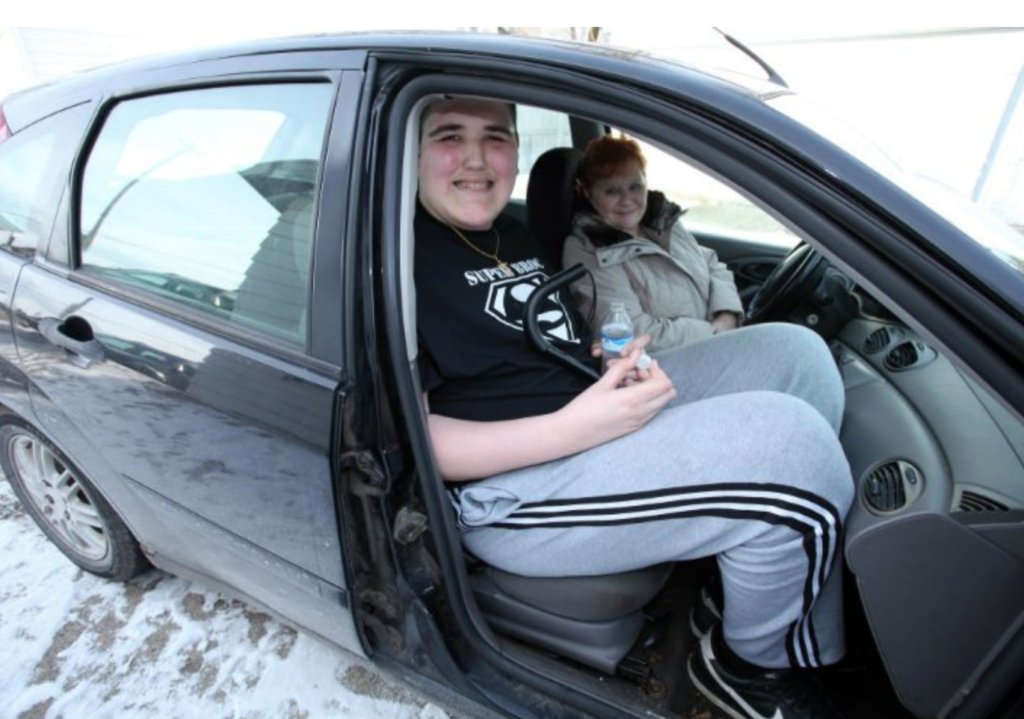 How many of us spend our time on the couch watching TV and snacking on whatever is handy? Most of us have no reason to do so, we just live a life that is fairly sedentary. Broc, on the other hand, has every reason to live that way, but he doesn’t. While he is in constant pain, it doesn’t stop him from living life to the fullest. Everything we find mundane, sitting in a movie theatre, riding in a car, or having a meal at a restaurant is a struggle due to Broc’s size, but he makes it work and he stays as active as he can while doing it. 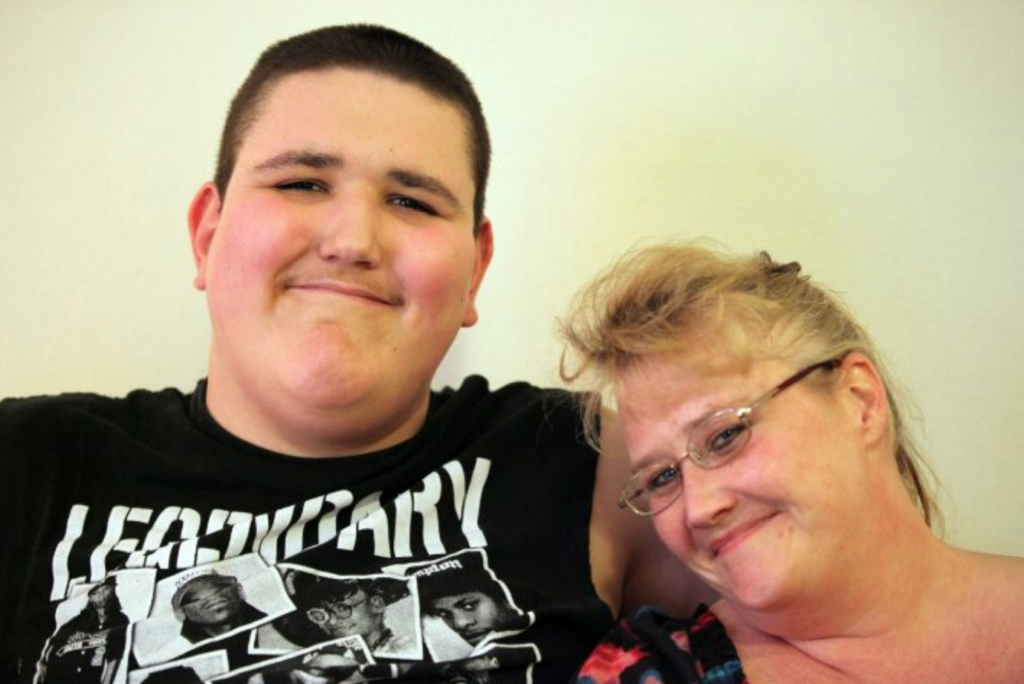 Due to his size, life in our world is challenging for Broc, but with a little hope on the horizon, Broc and his mother flew to Arkansas to see a specialist that may be able to give them a new outlook on the future. They weren’t sure it would work, but they had to try.

A Special Meeting with the Specialist 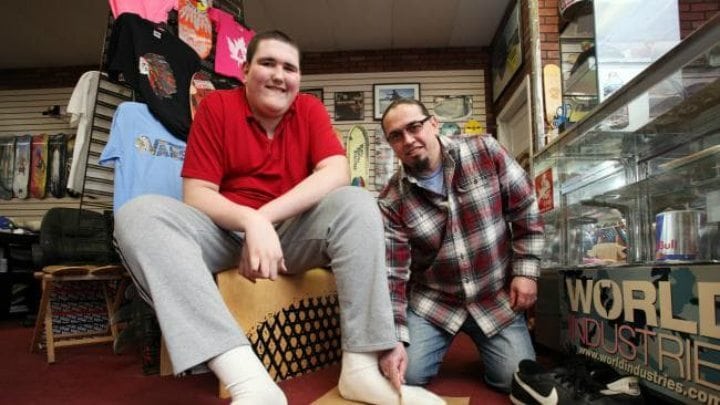 If you recall, doctors gave Broc a life expectancy into his teens. Once they met with the specialist, Dr. Schaefer, they were given surprising news. Broc Brown had already beaten the odds and Dr. Shaefer was comfortable in telling the Brown’s that Broc was now outside of the life-threatening dangerous part of his development. “Broc is easily the tallest man I have ever seen,” said Dr. Schaefer “Unfortunately, he will always have to deal with some form of pain, but I believe that he will now have a regular lifespan.” 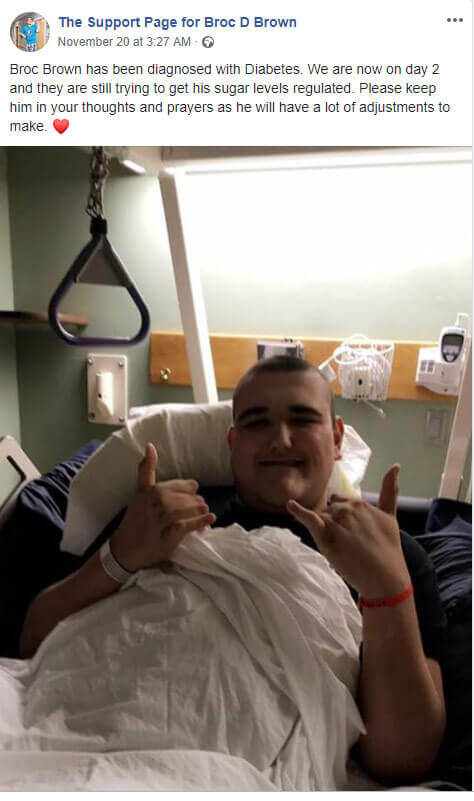 Diagnosed with Diabetes, Broc still faces a number of health issues, but he continues to push forward without fear for his future. He already overcame the odds and plans to continue doing so. His support page is there and he has friends around the world backing him. 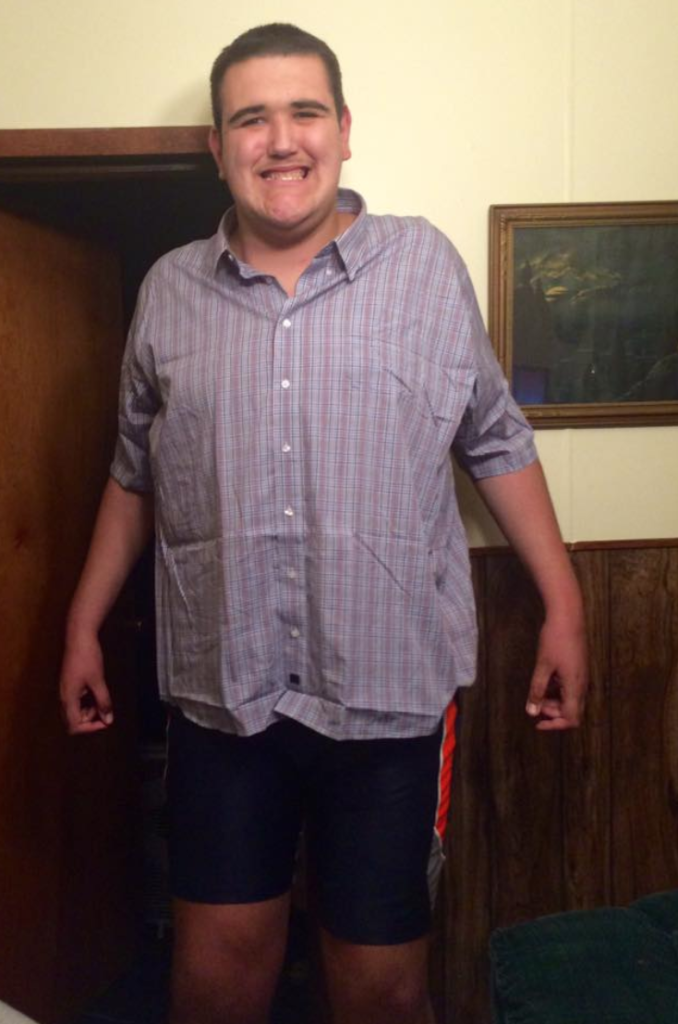 In response to the news that Broc was expected to live a normal lifespan, he kept things short and simple, “It’s the best thing I could have heard,” he said with excitement. “I’m so happy that I will live for a long time.”

The Future is Uncertain 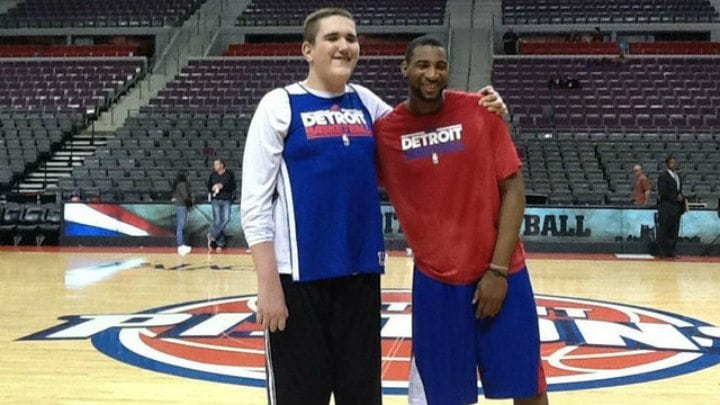 While he has beaten the odds, Broc has no idea what the future holds. He does have some plans in the short term though. As a sport fan, he wants to get a job. According to Brown, “I hopefully want to work for a sporting goods store so something like that, a cashier or something,” which will give him a bit more freedom and allow him to meet others. Hope springs eternal with the Browns and their story has captured the hearts of fans throughout the world.