For those of you who don’t know, Great Danes are pretty big dogs. However, one Great Dane has been breaking the Internet with his enormous size. This one Great Dane is over 7-feet tall and you won’t believe how he spends his days! 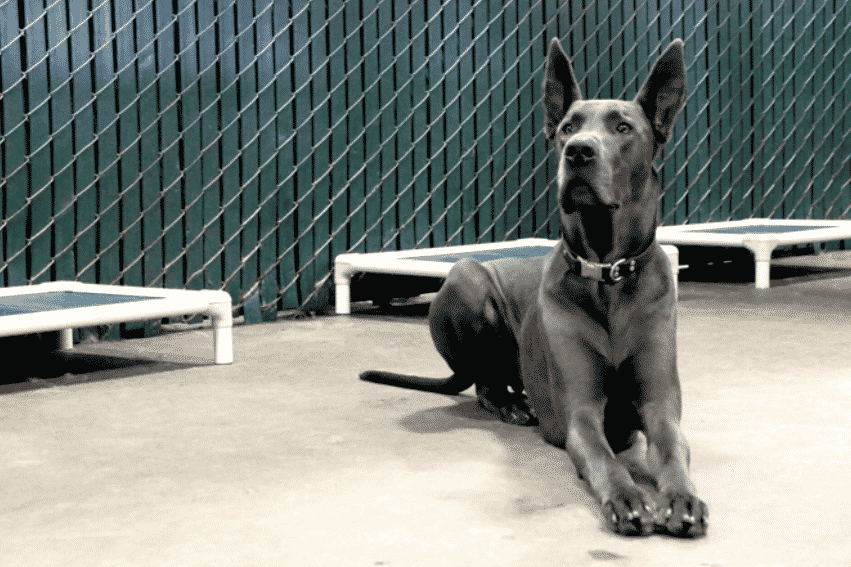 Great Danes are pretty big dogs. They’re often known as the gentle giant or the “Apollo of dogs.” Apollo is the Greek god of the sun and Great Dane’s are pretty happy and radiate a sunny personality. 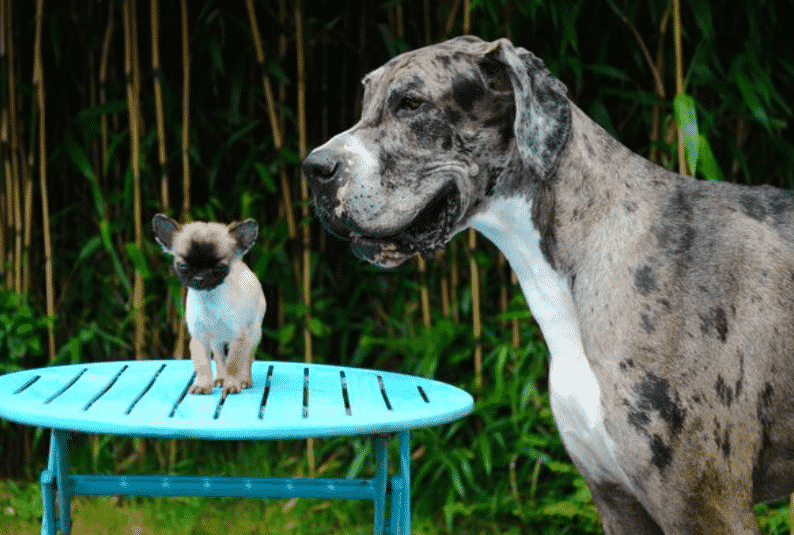 Great Danes are pretty big, there’s no disputing that. However, one Great Dane has exceeded all of our expectations when it comes to his size. This Great Dane is named Freddy and he has been breaking world records! 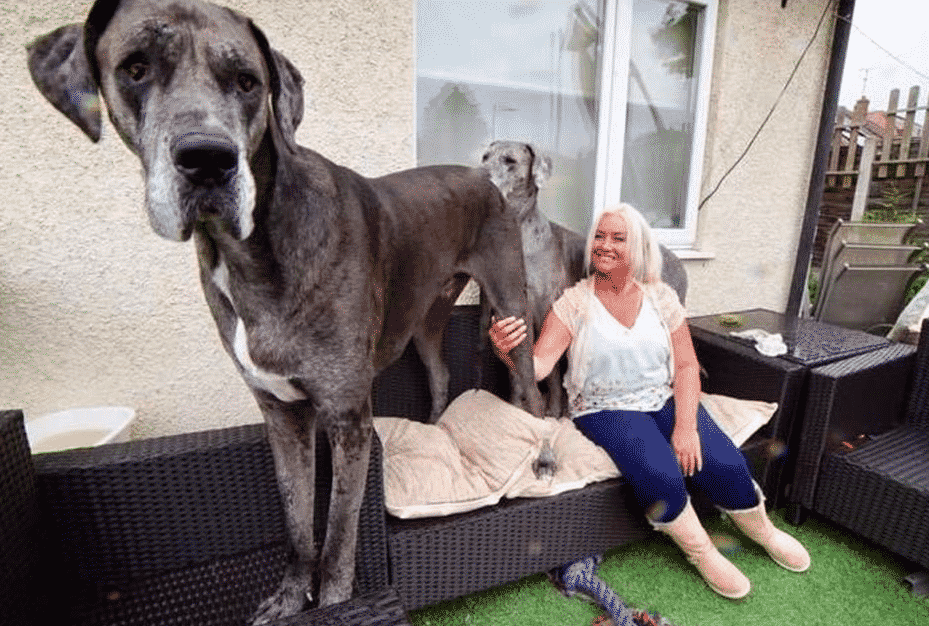 Freddy is a Great Dane that lives in Essex, England. What makes Freddy so amazing? Well, he’s officially the world’s largest Great Dane. How big is he?! 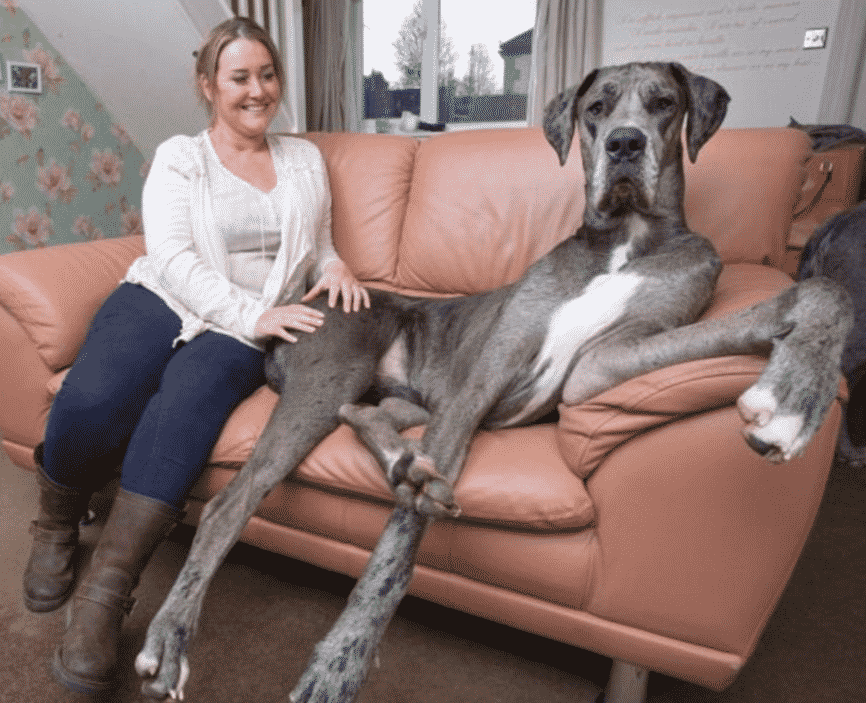 Freddy currently stands in at 7 feet 6 inches tall – can you believe it?! Freddy lives with his mommy, Claire Stoneman, who is absolutely in love with her big and lovable dog. Stoneman states that she knew Freddy was gonna be big when she brought him home.

Stoneman knew that Great Dane’s get pretty big, but she could see that Freddy was going to grow into a pretty big one. However, he completely exceeded her expectations with his size! 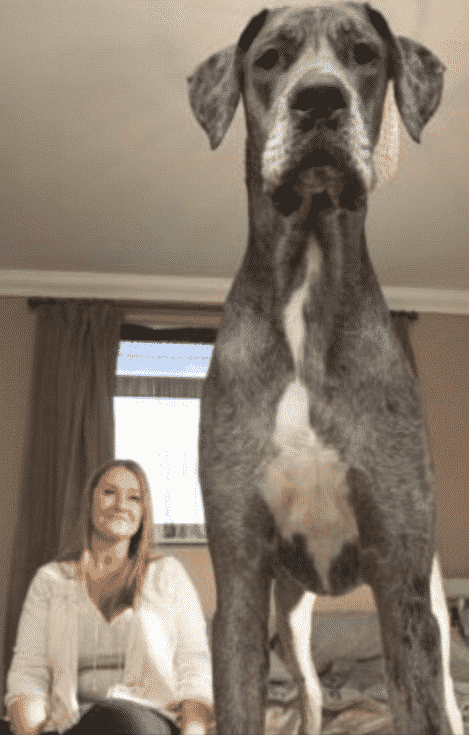 When Freddy stands on his hind legs he is over two feet taller than his mom! He also weighs around 200 pounds. He is a massive dog, but he is far from vicious or mean. 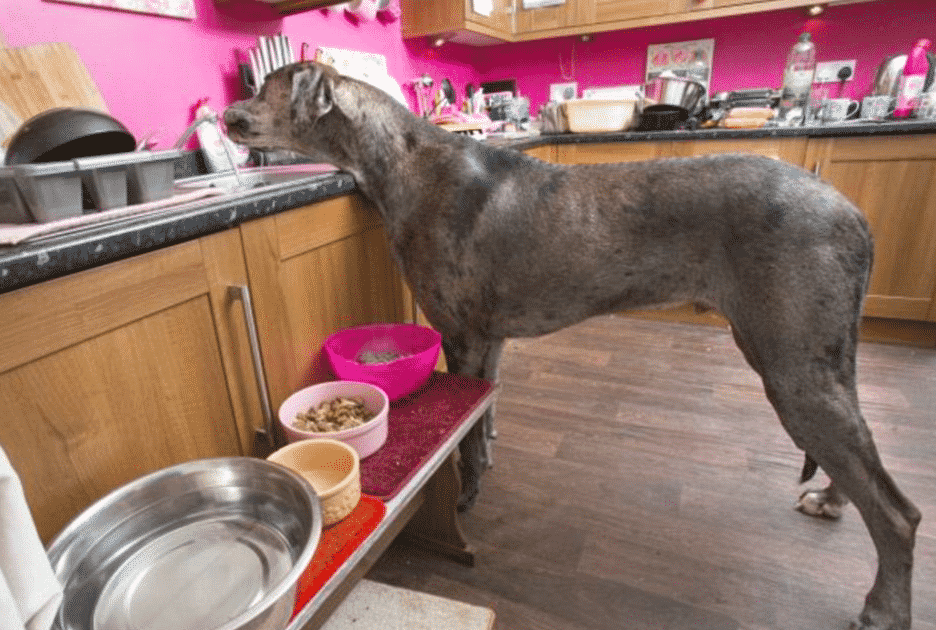 Stoneman states that despite his huge size, Freddy is nothing but a big softy. He is just a giant fur-baby who has the sweetest personality. Recently, Freddy’s size was recognized by the world. 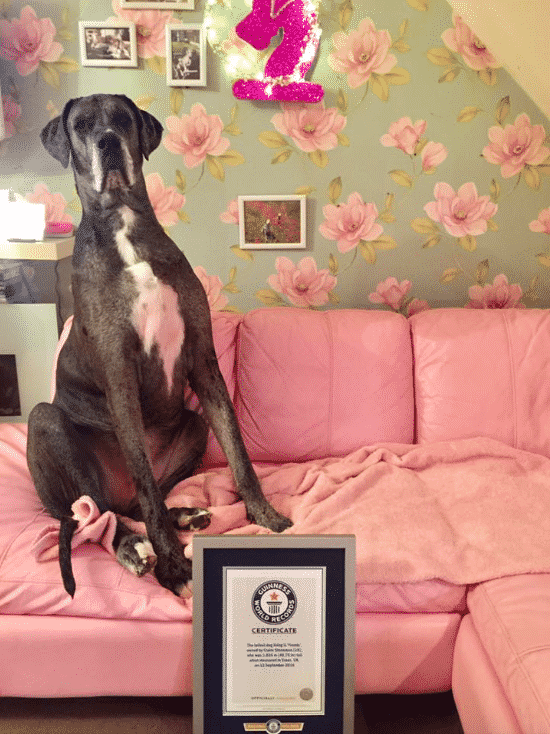 Last year, Freddy was officially marked as the world’s largest dog by the Guinness World Records. Stoneman is incredibly proud and happy for her Freddy. She has devoted her entire life to caring for her big buddy. 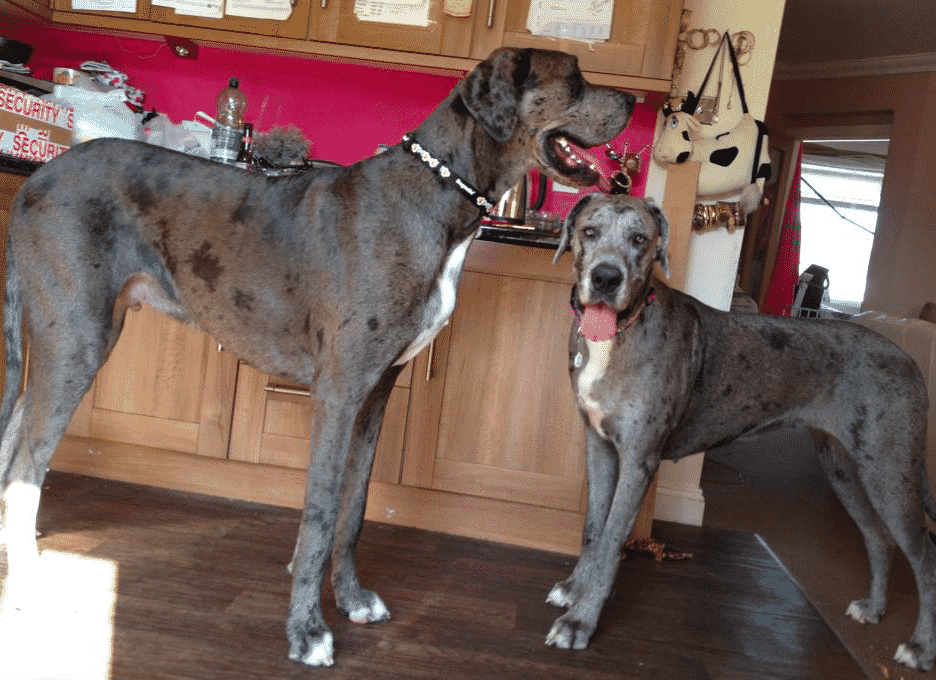 Freddy lives with 41-year-old Stoneman and his sister, Fleur. Stoneman has completely dedicated her life to caring for Freddy and Fleur. She loves her doggy family! 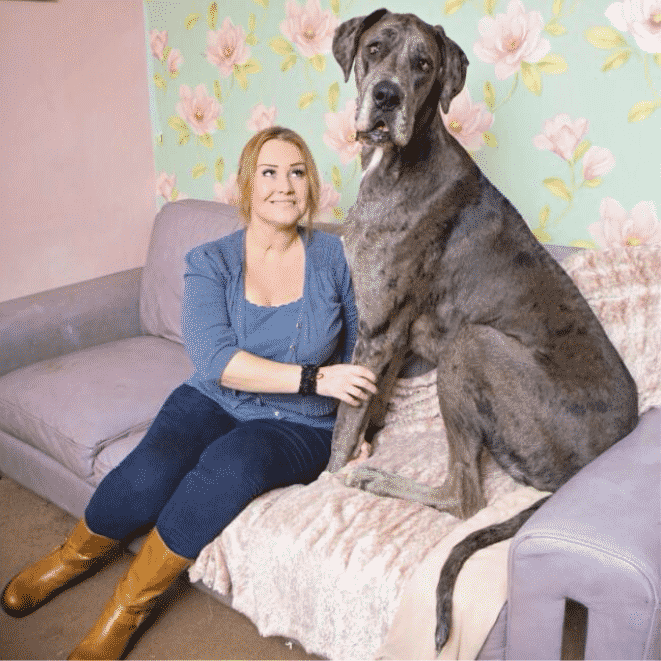 “I’ve been single for the best part of four years. But I get cuddles off the dogs and I don’t have to wash dirty underpants,” Miss Stoneman told the Daily Star Sunday. Stoneman has compared the dogs to children as well. 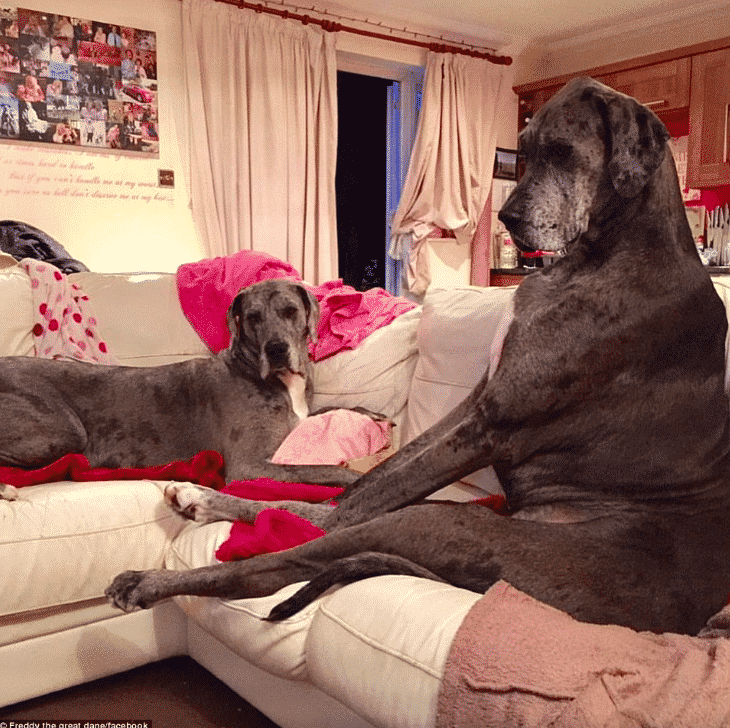 “They are children to me… because I haven’t had any kids. They need me and it’s quite nice to be needed,” Stoneman added. Stoneman even shares her king-sized bed with Freddy! 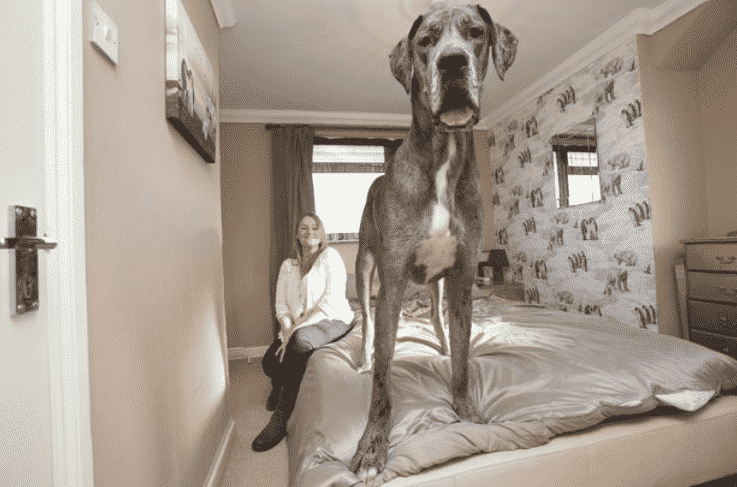 With dogs this large, many people have had a lot of questions for Stoneman. After all, how much food does a dog like Freddy consume in a day? The answer may shock you…

It can be pretty high maintenance to take care of Freddy, according to Stoneman. It takes a lot of food to keep both Freddy and Fleur happy and well-fed. She recently revealed how much money she spends in just one year! 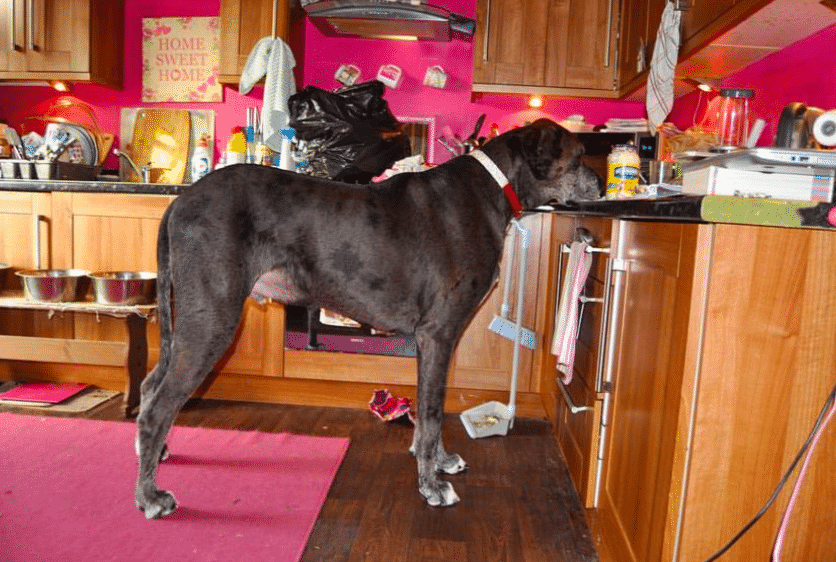 When you hear just how much Stoneman spends in a year on food for the dogs your jaw may drop! She currently spends around $15,000/yr on grocery bills for her lovely pups. 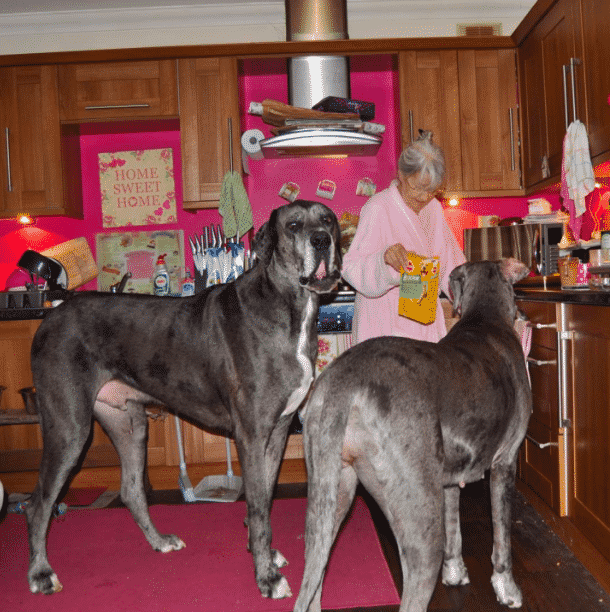 You also won’t believe what Freddy’s favorite snacks are! The enormous Great Dane absolutely adores being fed roast chicken and peanut butter. What a combination! 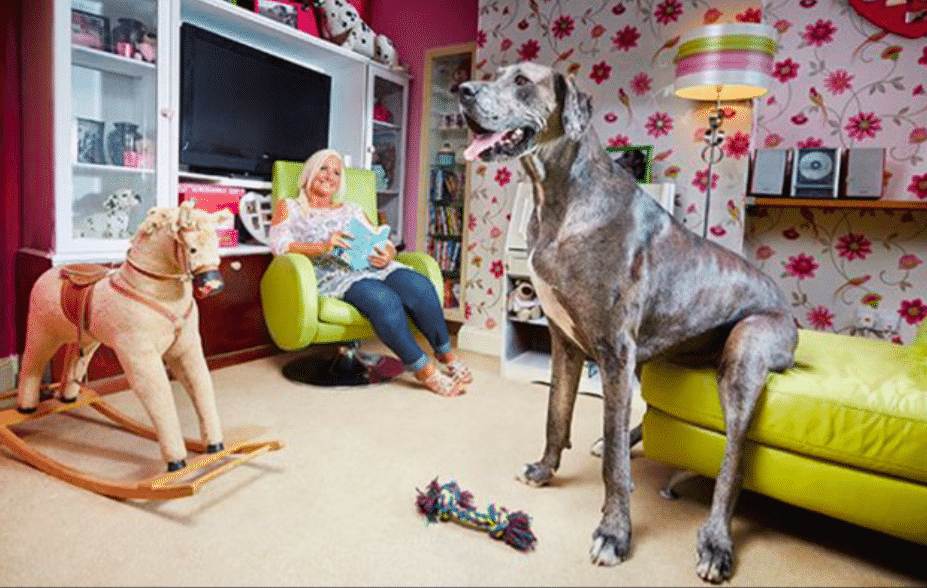 Even though Freddy loves himself some roast chicken and peanut butter, he also happens to have a taste for something else. However, this one snack hasn’t worked out in Stoneman’s favor… 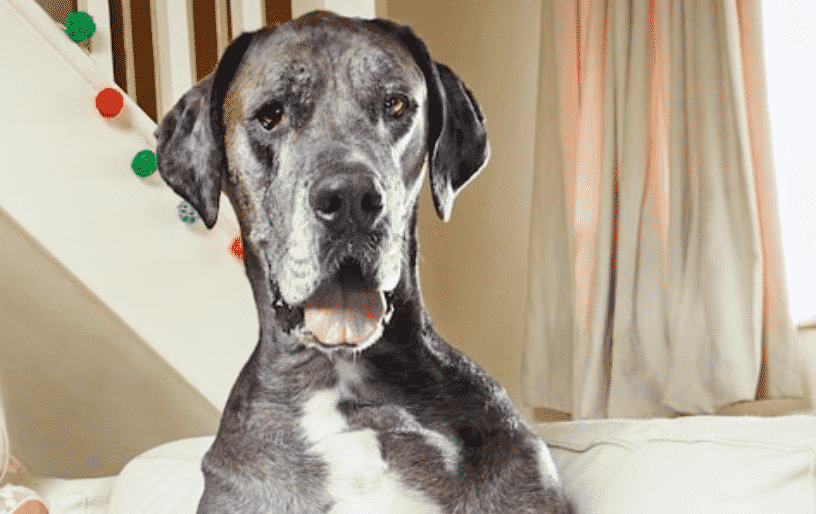 Freddy has had quite a penchant for snacking on couches. While other dogs snack on shoes, Freddy’s enormous mouth allows him to go after the finer things in life. You won’t believe how many couches Freddy has managed to chew up… 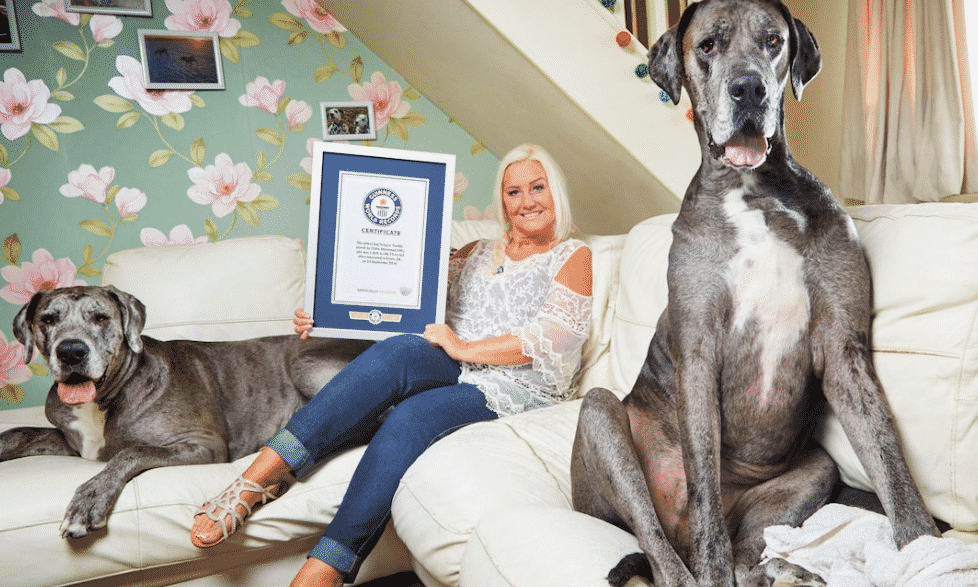 Freddy has managed to chew through 23 different couches. This was obviously quite a costly expense for Stoneman to keep replacing couches. However, these days, Freddy has realized that couches are better for sleeping on than eating. 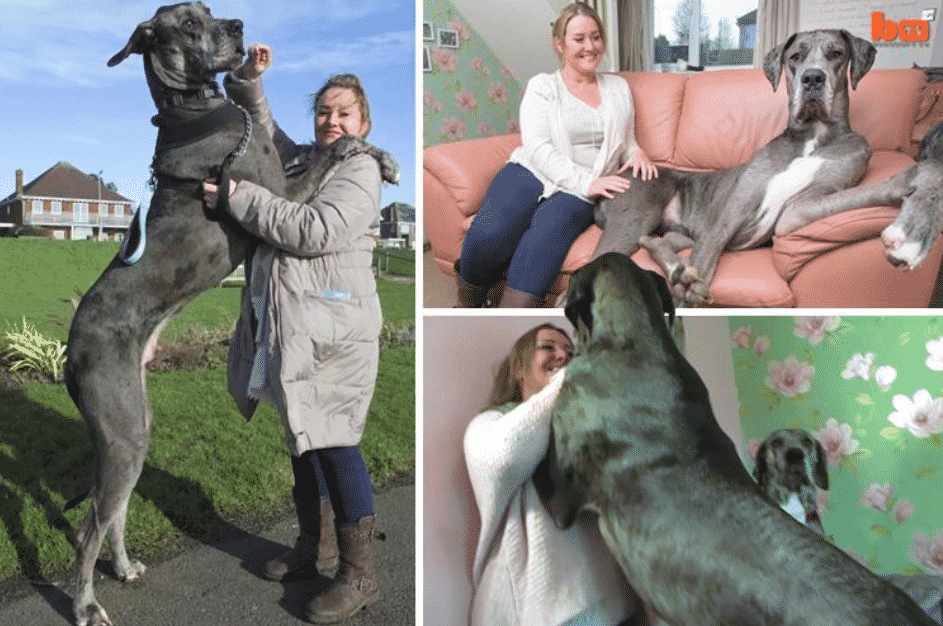 “I’d come home and find a sea of foam across the floor. But he’s my baby and I can’t imagine life without him,” Miss Stoneman told the Daily Mail. Stoneman also gets up in the early hours of the morning to take Freddy on his 40-minute walk. 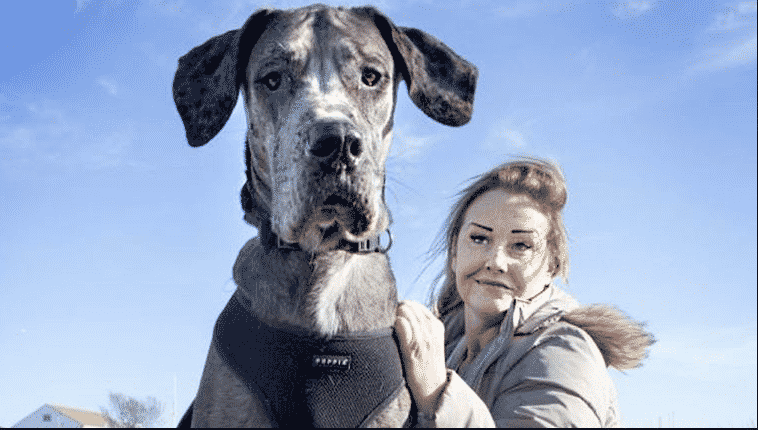 Stoneman absolutely adores her gigantic Great Dane and has gone above and beyond to make his life wonderful. Talk about a dedicated mommy!