Orphaned “Justin Beaver” Can’t Go Out In Wild, So He Makes Dams In His Adoptive Mom’s House

Beavers are quite a common sight in North America. They are quite busy animals that are always off constructing dams. Now, we’re more than sure that you’ve seen a beaver dam in person or at least in photos. However, have you ever seen a beaver build a dam inside of a house? Well, one beaver decided to be bold and do what no other beaver has ever done and he went viral when everyone saw his masterpiece! 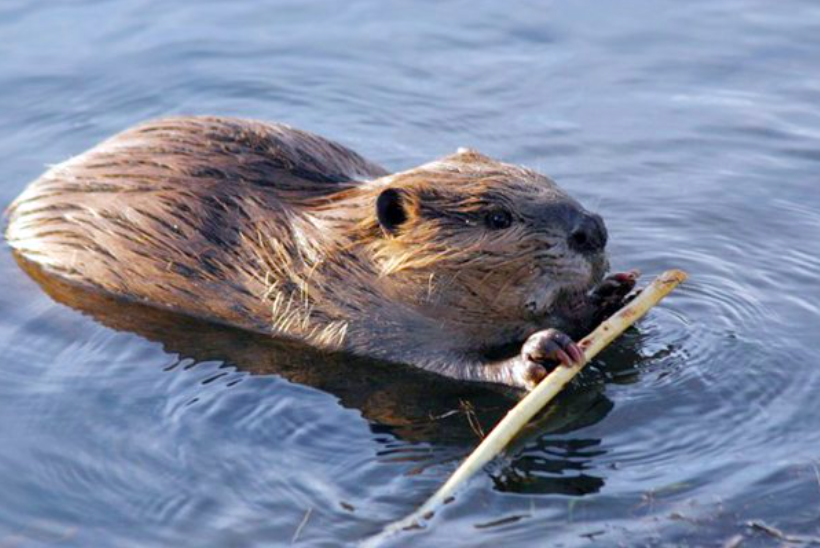 According to Wikipedia, “The beaver is a large, primarily nocturnal, semiaquatic rodent.” They also happen to be the second-largest rodent in the world. They are most famously known for constructing dams and canals. 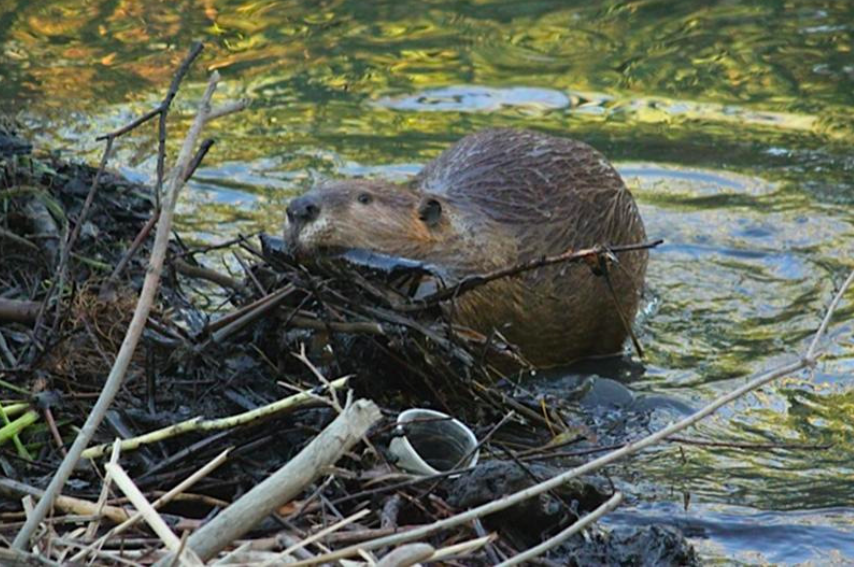 So, we all know that beavers love to build dams but do we know why? Well, beavers build dams to order to create a pond of deep water, where they can build their homes. This prevents rushing water from coming at them while they rest. 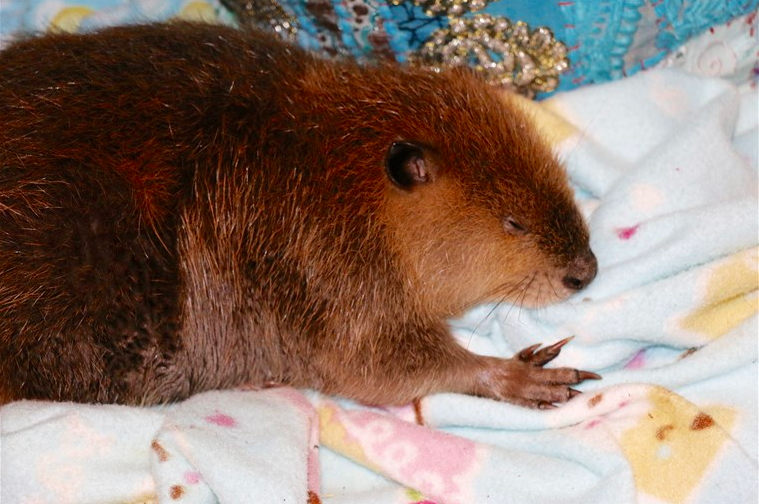 For the most part, beavers build their dams in the great outdoors. After all, their dams are an important part of surrounding ecosystems. So when one beaver decided to defy all odds and build one indoors everyone was shocked to see his instincts coming through. 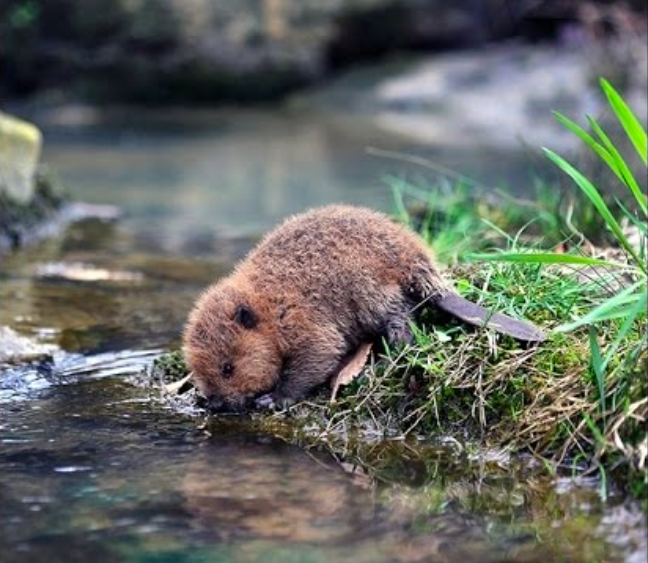 Meet Justin Beaver, also known as JB. JB is a rescue beaver that lost his family and had nowhere to live. When he was discovered, JB was taken into rehabilitation so that he could be watched over. 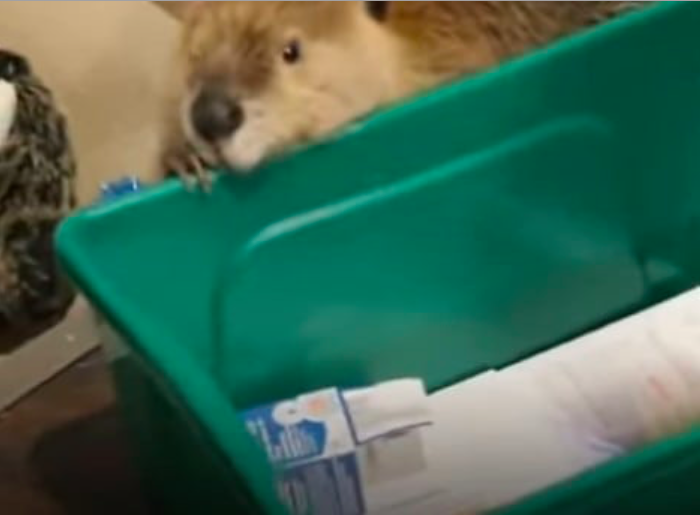 Since JB had nowhere to call his home, he was taken in by a human family. In his new home, JB was given lots of love, affection, and attention. This was great for JB as he was in need of all the love he could get. 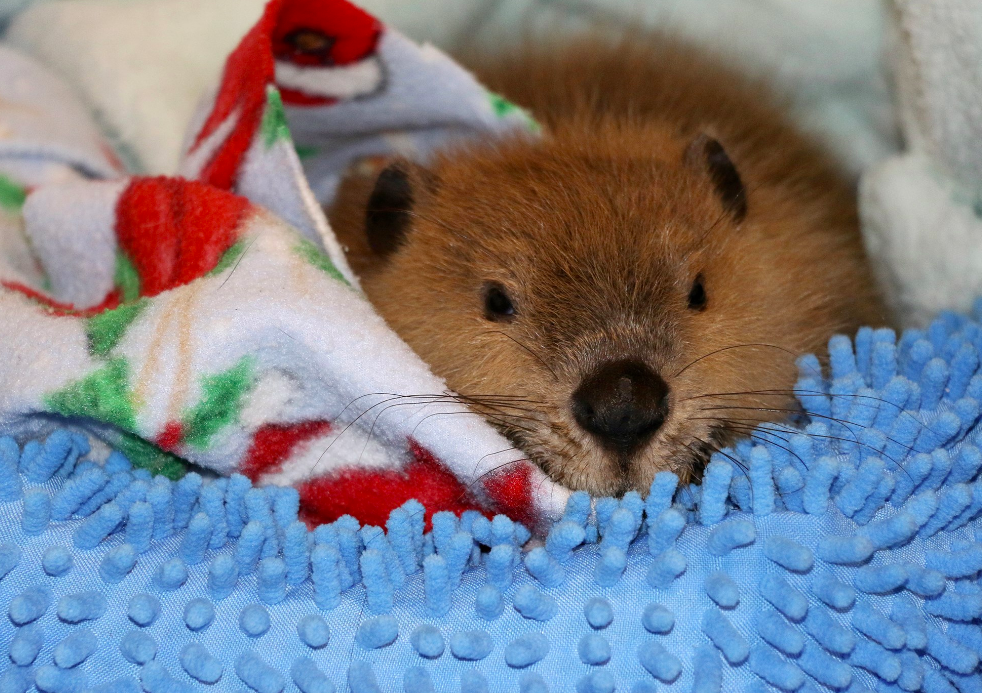 Recently, a video was posted online of JB that turned him into a viral sensation. Everyone on the Internet couldn’t get enough of JB’s adorable nature. But what could a beaver do that could cause so much commotion?! 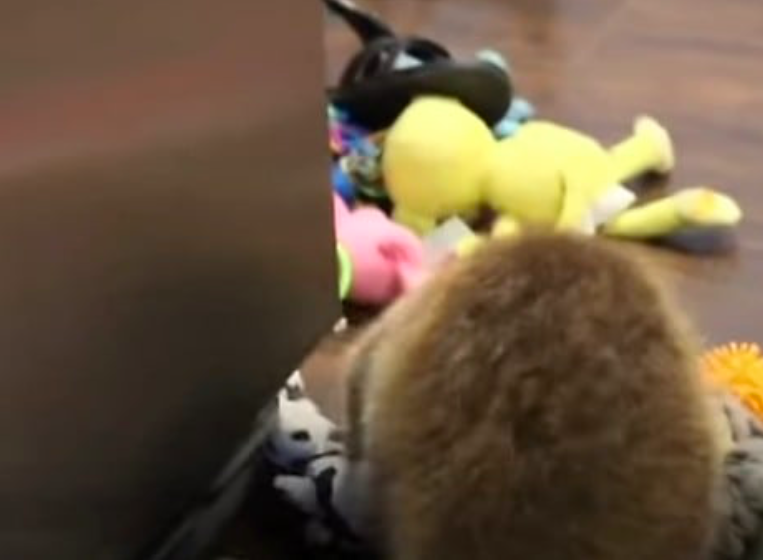 Lately, it seems that JB has been keeping himself quite busy in his new home. He has become quite consumed with building dams inside of the house. In fact, he builds them all throughout the house! 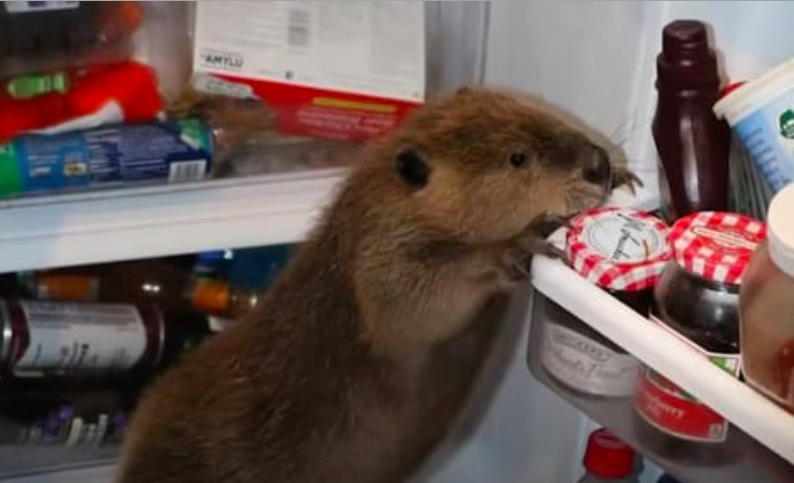 Not only does JB build dams all around the house but he is also very particular about the types of material that he’ll use while building. In the video footage, you can see JB running around looking for rugs and blankets all around the house. Then he grabs something incredibly unusual. 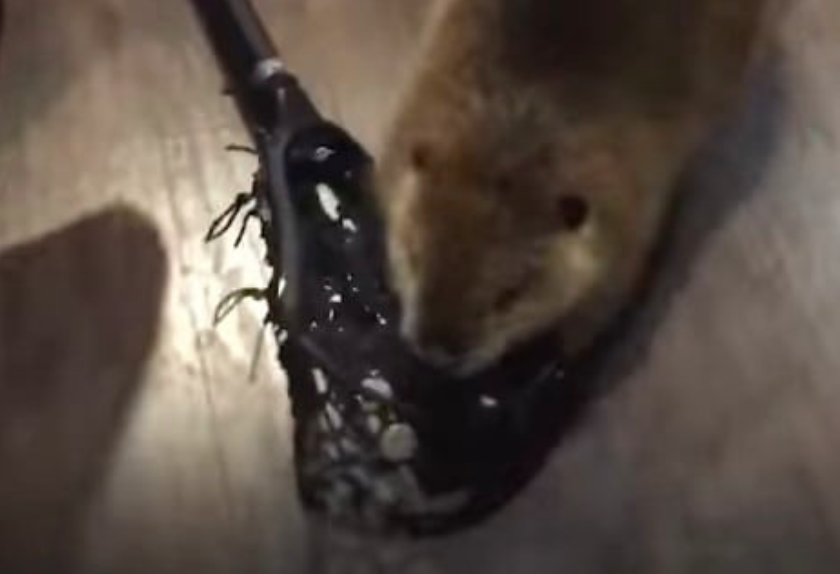 In the video footage, you can also see JB running around with something quite unusual. Brigette, his human mother, points out that JB has even stolen her daughter’s lacrosse stick to use as part of his dam. It seems that JB is quite talented. 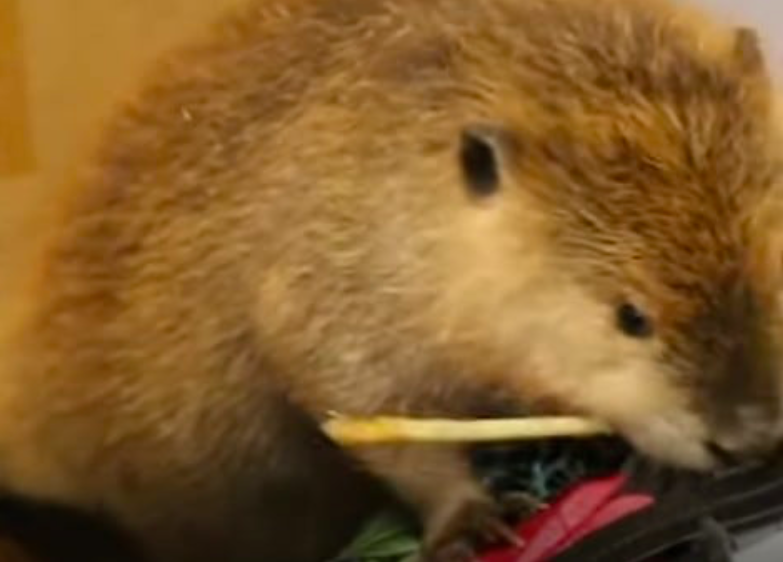 Even though JB is only a baby beaver, he is already quite the excellent builder. He stays busy throughout the day, collecting various pieces for his next dam. The little beaver is always looking for new things to add to his dam. 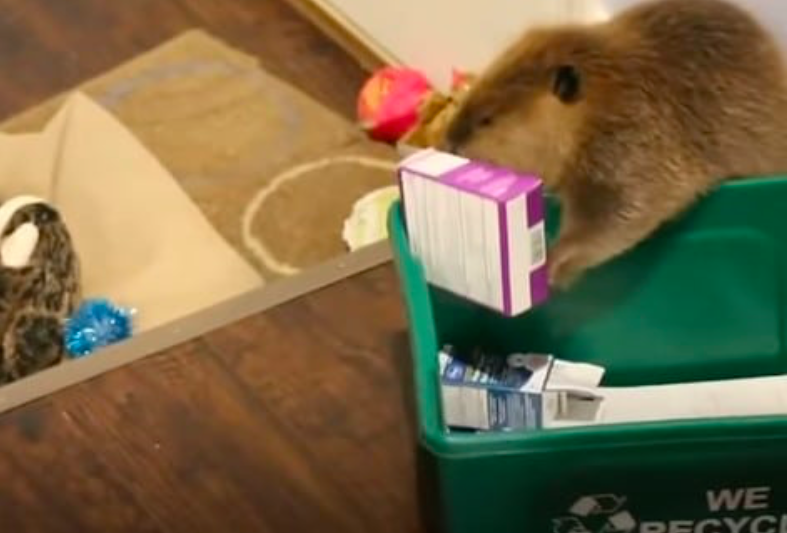 Brigette was pretty surprised when she saw just how excellent of a builder JB is. She knew that eventually he would begin to construct dams, but she didn’t know it would be this soon. She also had no idea that he would be so creative! 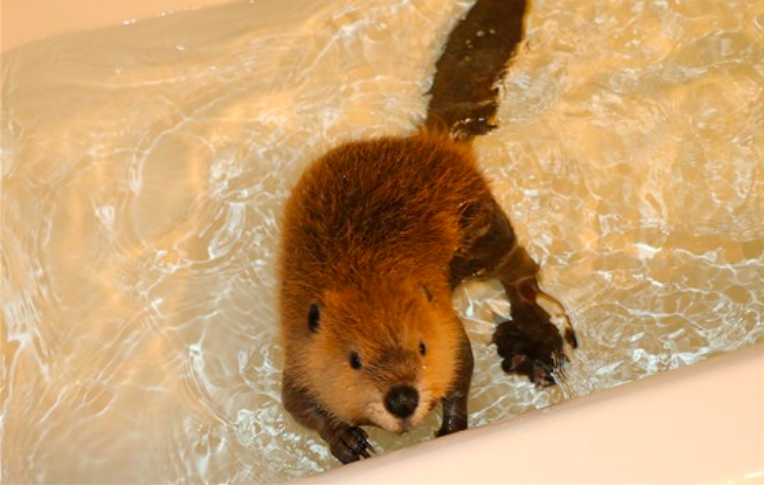 In the video, Brigette also explains what it’s like to take care of a baby beaver. Although he is very cute, he does require a lot of care. Some of this includes giving him a bath several times throughout the day. 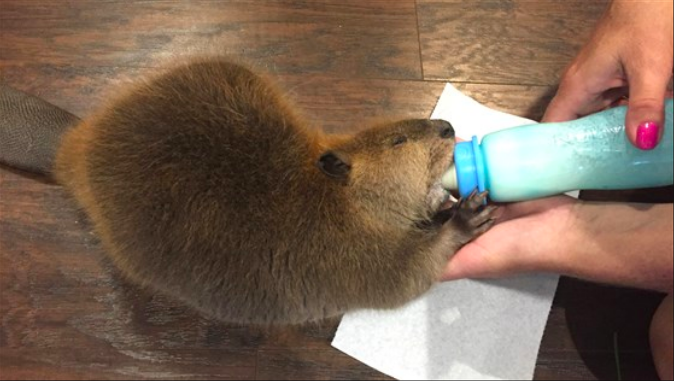 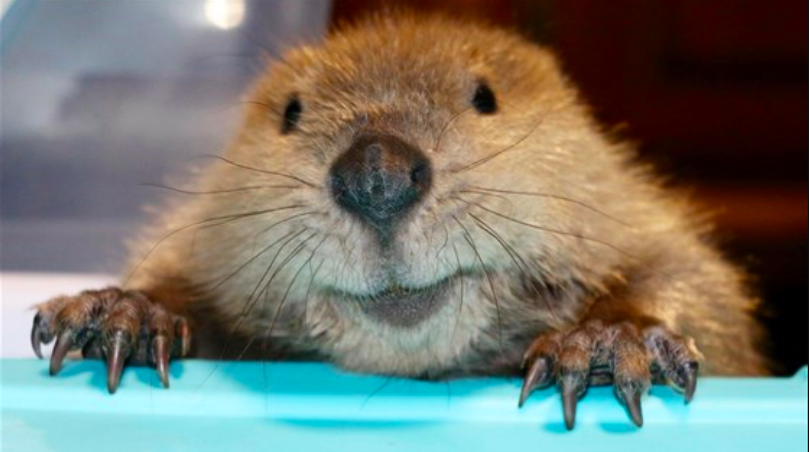 Many people noticed that JB makes different noises and Brigette decided to explain the differences to everyone. JB has a very specific sound that he makes when greeting Brigette and that sound is actually quite different from the one he makes when he wants to be let out of his kennel. 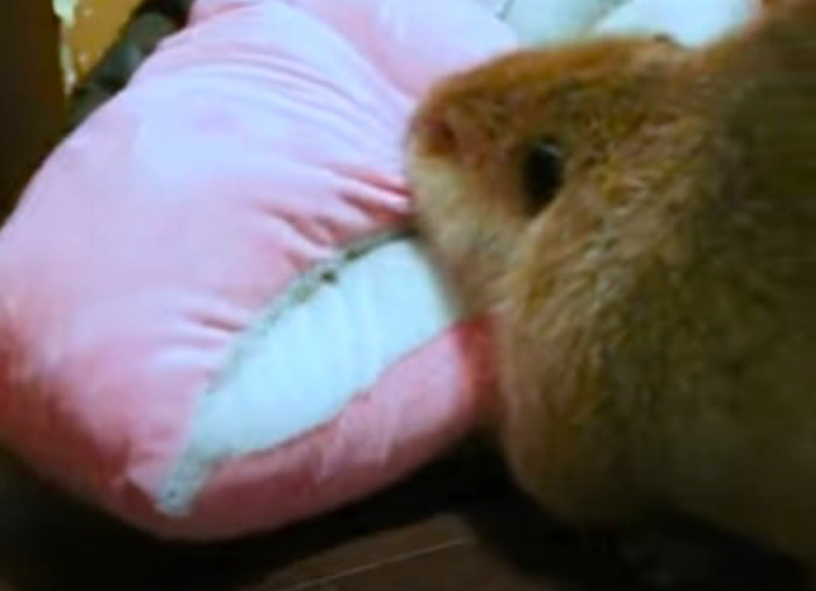 To anyone unfamiliar with his sounds, JB’s noises can sound just like a baby crying. In fact, little JB is very much like a baby human. He likes to sleep with a blanket in his mouth as it comforts him. In fact, many people had a lot to learn from watching Brigette’s videos of JB. 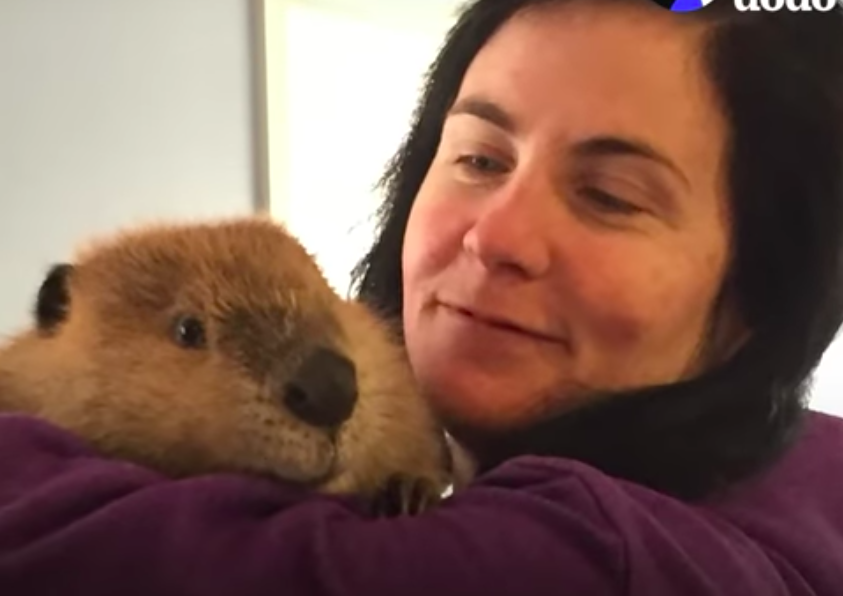 Brigette has been more than happy to provide everyone with a ton of information on beavers. In one video, Brigette went on to describe some of JB’s favorite things which includes sweet potatoes. It seems that the little beaver absolutely adores eating sweet potatoes. 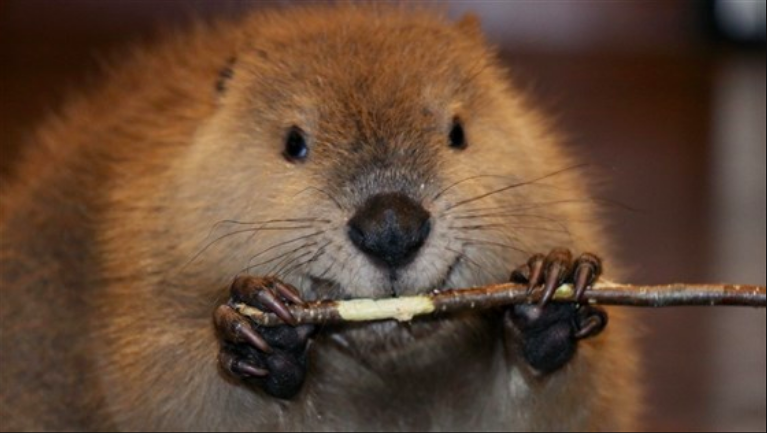 Brigette is more than happy to provide JB with his favorite type of tree to chew on. She also provides him with a gigantic fleece blanket that he absolutely adores. JB loves to snuggle and he loves being part of the family. However, it’s not always easy to raise a beaver… 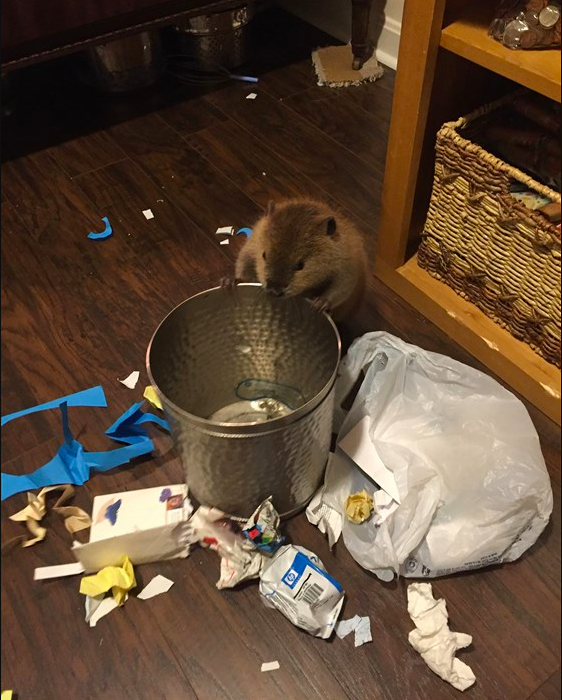 Although JB is absolutely adorable and sweet, Brigette also explained that it’s not always easy to care for a beaver. In fact, she has accumulated several hundred dollars’ worth of damage to her furniture. JB has managed to chew through the baseboards in the house as well as other wood surfaces in the house. 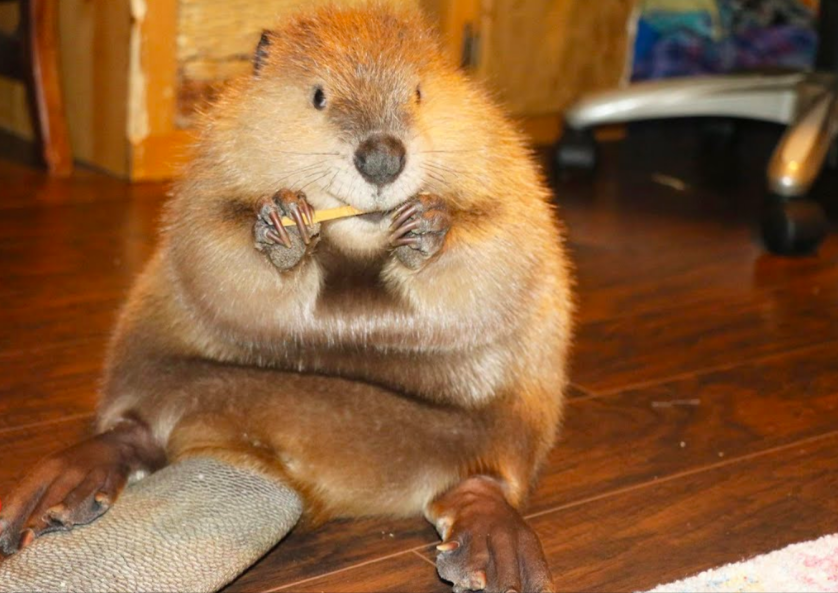 Brigette hopes to soon release JB back into the wild once he is old enough. She hopes that JB will be able to find himself a wonderful new home in the wild. She knows that she won’t be able to provide him with the real-life dam experience that he is looking for. 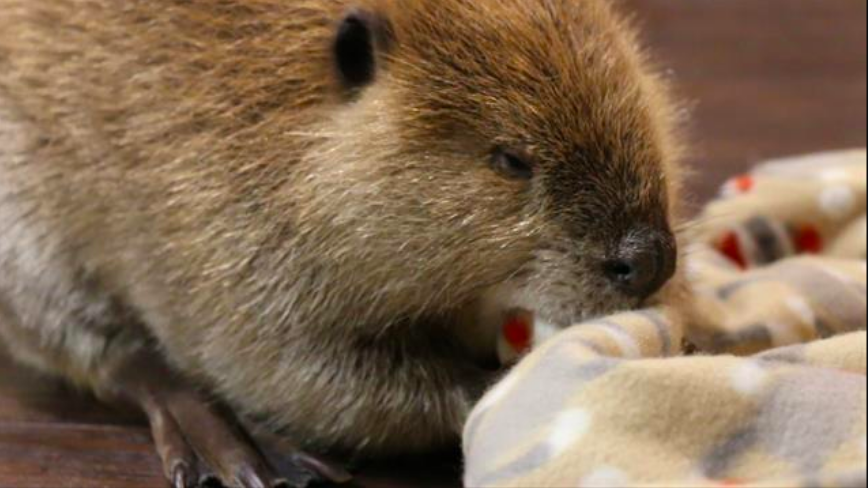 Even though JB has been responsible for a lot of property damage, Brigette is still so happy that she has been given the opportunity to care for JB. Hopefully, as JB gets older he will be able to comfortably be released back into the wild!