Man Rescues Two Abandoned Puppies From Desert, They Went On To Become The Best Road Dogs Ever

Back in December, one man was off on a trip when he spotted something odd. There in the middle of the desert, he discovered two abandoned puppies. He decided he couldn’t just leave the puppies out there alone so he rescued them. Now, this trio is traveling the world together in the most epic ways! 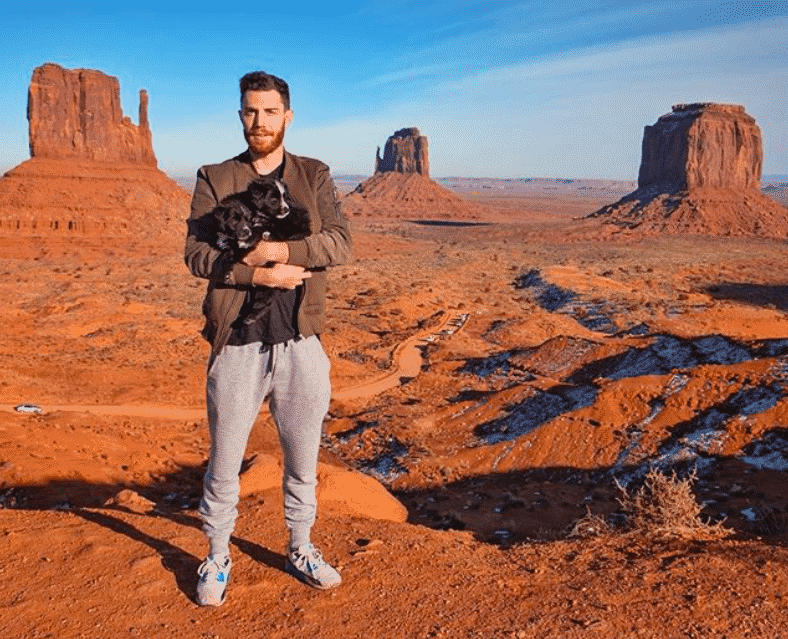 Jordan Kahana, a 30-year-old digital director, was embarking on a road trip from Los Angeles to Colorado when he spotted something strange. Kahana was driving through the desert in Arizona when he came across a startling discovery. 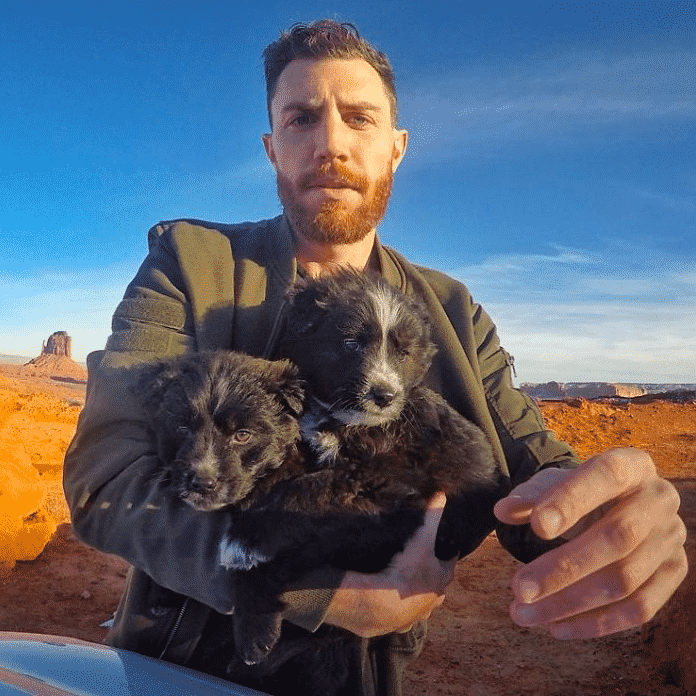 Kahana was driving down a remote road in the Arizona desert when he spotted the saddest sight. There in the middle of the desert were two tiny abandoned puppies. Jordan knew he couldn’t just leave them there. 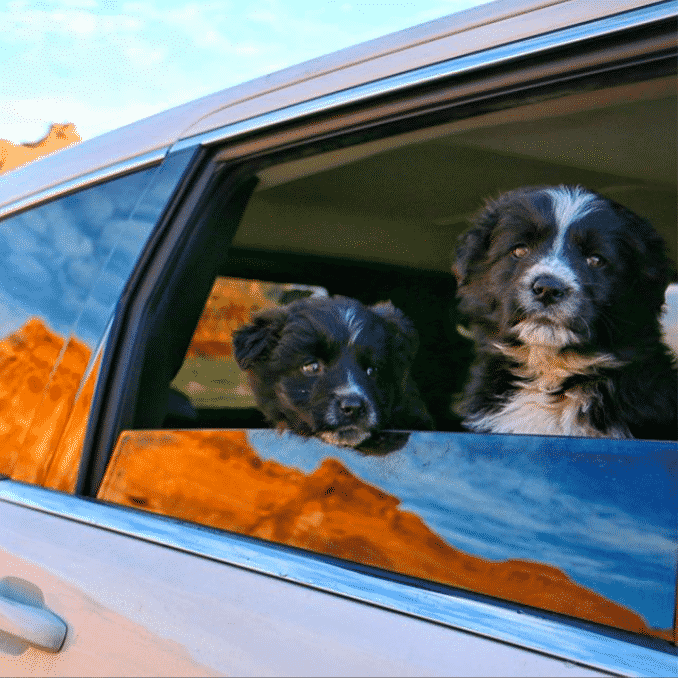 Seeing that there was no one else around, Kahana quickly understood that the puppies had been abandoned. He quickly scooped them up and placed them into his car. He immediately rushed them over to the nearest animal hospital. 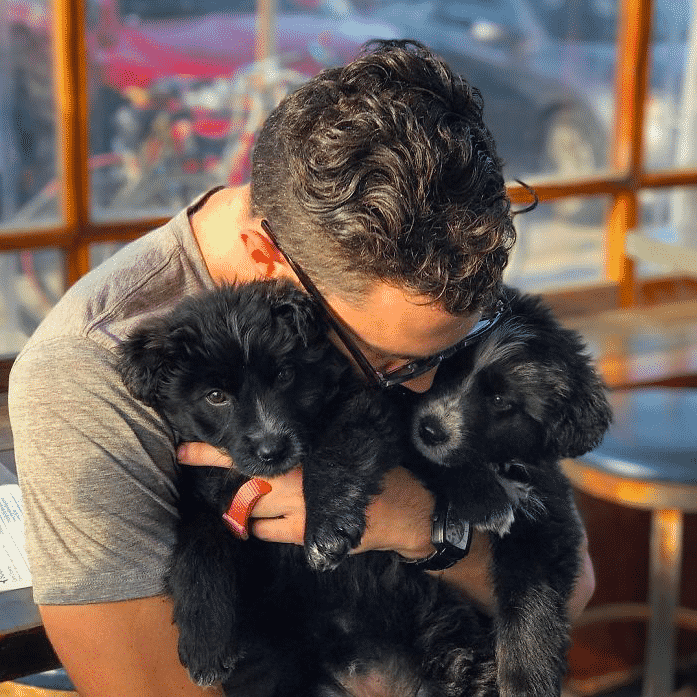 Kahana rushed the tiny puppies over to the nearest vet office so they could be looked over. The vet immediately informed Kahana that the puppies were severely dehydrated. He also learned that they were a boy and a girl. 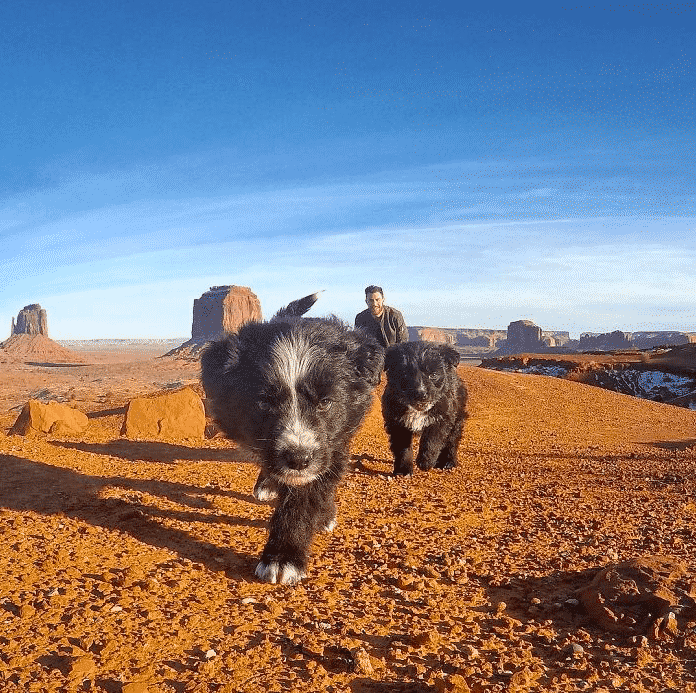 The puppies immediately began to receive treatment for their severe dehydration. Kahana then learned that the puppies were 8-week-old Border Collie mixes and were assumed to be siblings. He also learned something else quite upsetting. 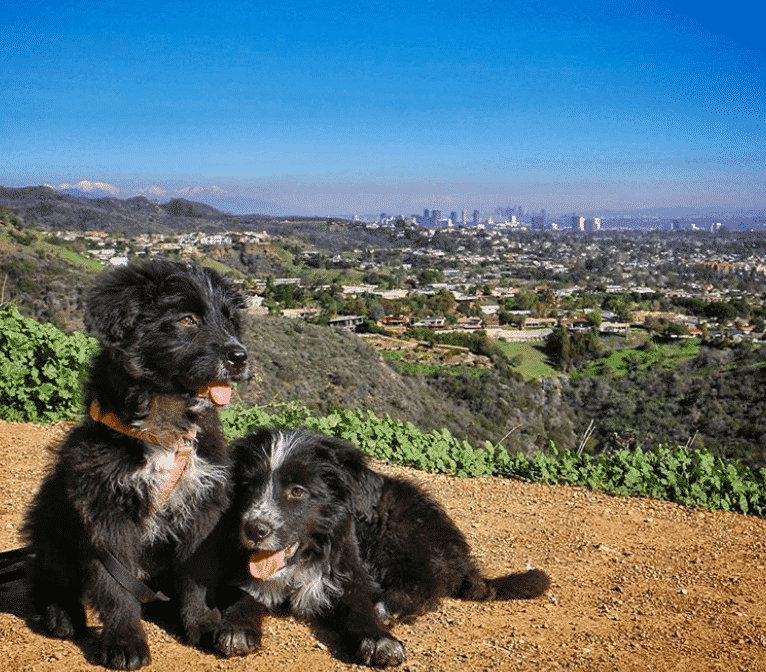 The vet’s at the animal hospital alerted Kahana to a very sad reality of the area. According to them, the stretch of highway between Sedona and Page Arizona is a known ‘hot spot’ for abandoning pets. This was some pretty shocking news. 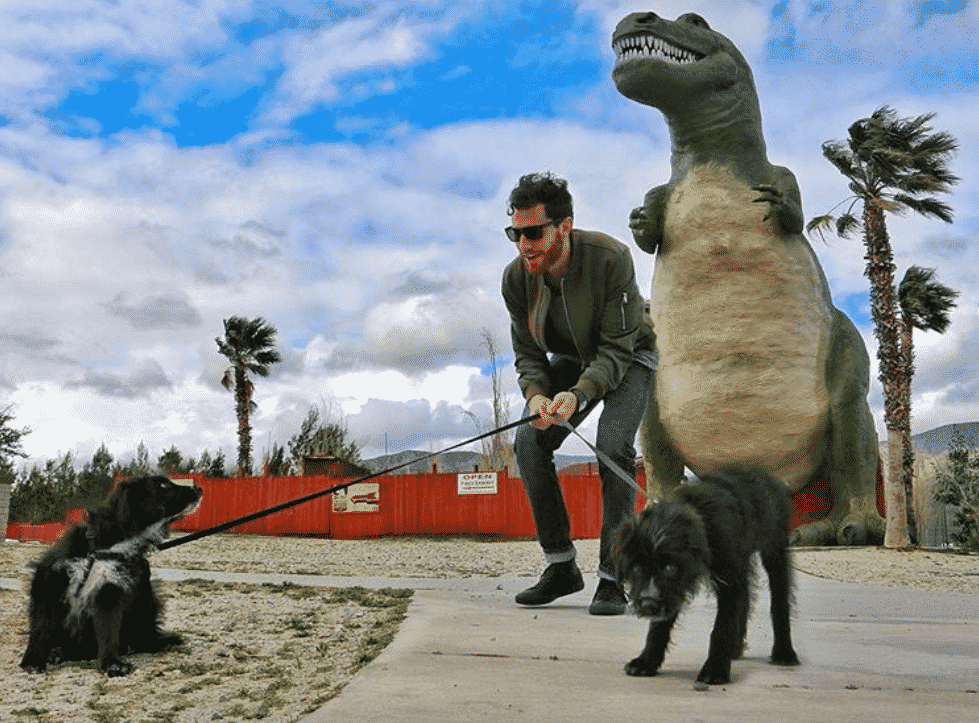 After going through all of the effort to rescue the puppies and bring them to the animal hospital, Kahana felt incredibly invested. He knew that he couldn’t just abandon the dogs now like they had been before. So, he decided to adopt them! 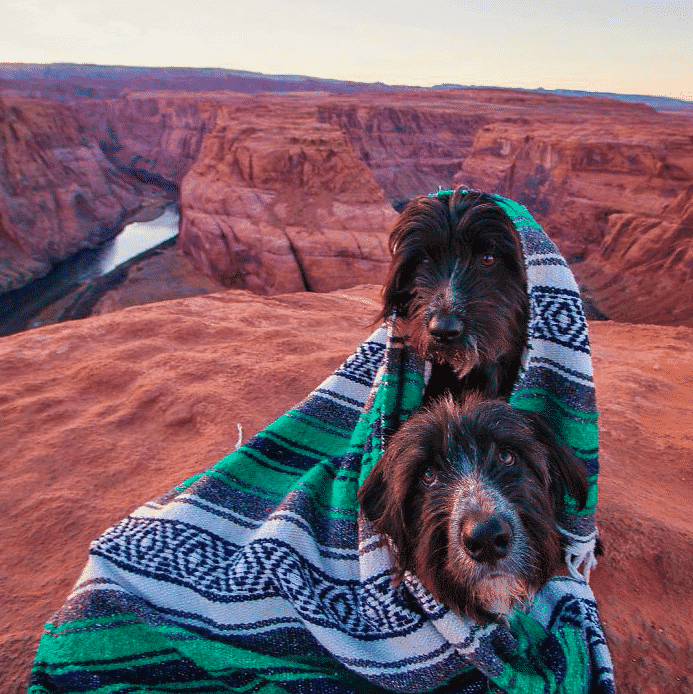 The puppies were soon all his and Kahana was incredibly happy. He named the pups Sedona and Zeus and brought them along with him on his trip. He completed the trip to Colorado with the puppies by his side! 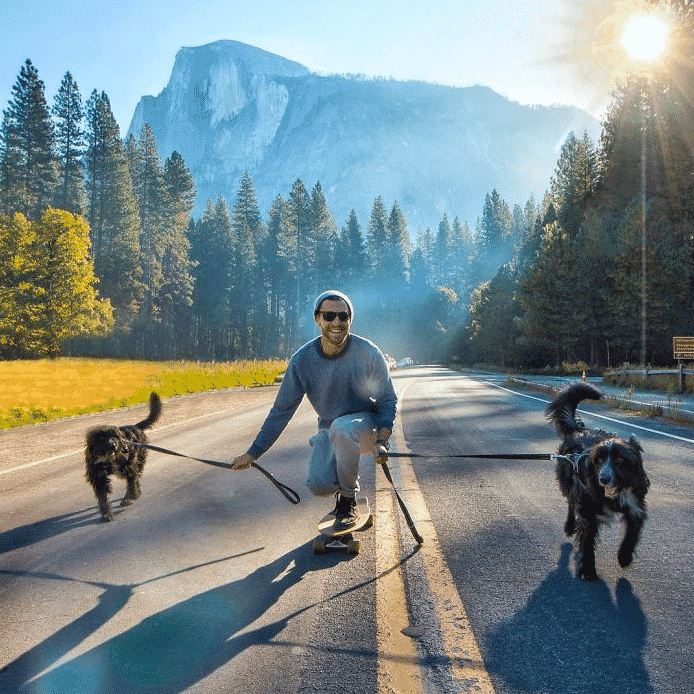 After finishing up his trip in Colorado, Kahana got back in the car and headed for Los Angeles. However, the trio made a few pit stops along the way. It was on this trip that Kahana got a wild idea. 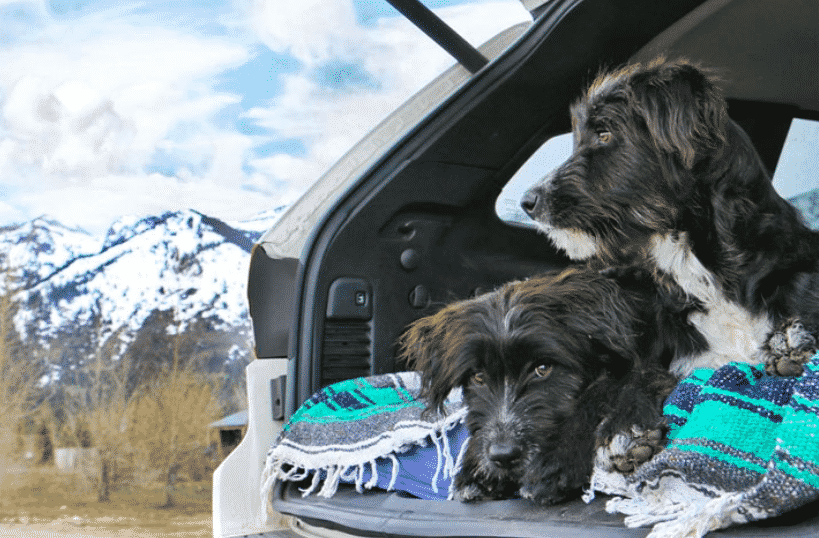 Kahana realized that the pups would make excellent travel buddies for his various adventures. He began to make tons of travel plans with the pups. You won’t believe how far they’ve traveled so far! 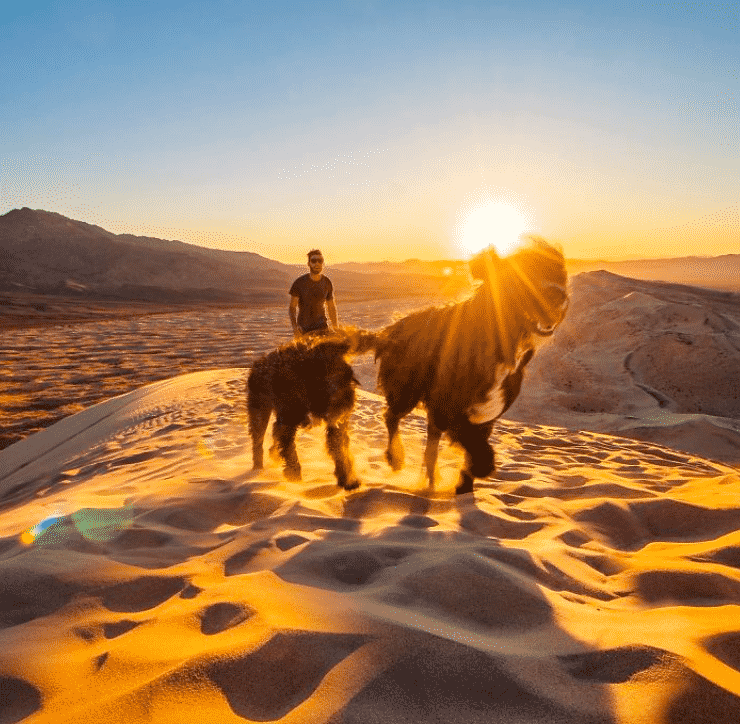 Since adopting them, Kahana has traveled around 32,000 miles, traveling along both coasts and visiting 35 US states. The trio has even found time to explore outside of the US when they took a trip out to Canada. So, what did Kahana think about his plans? 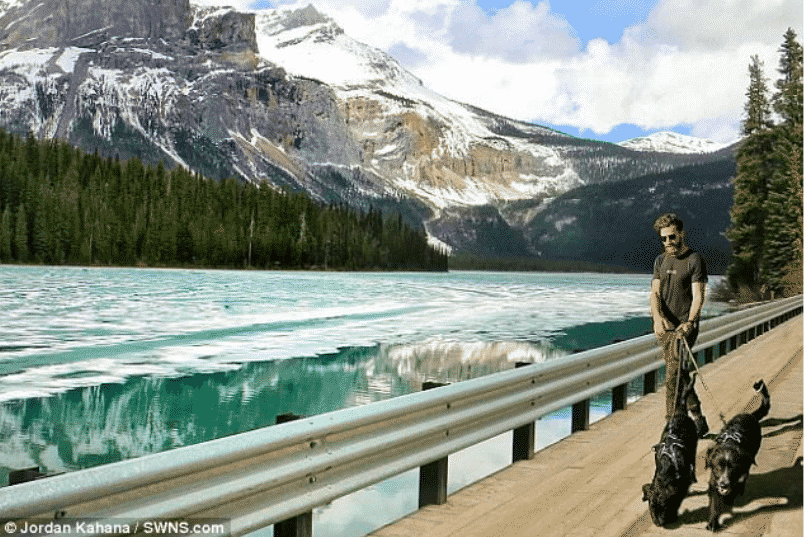 Kahana described it as making the best of the situation. “I mean, what was I supposed to do in that situation?” Kahana says in a YouTube video. “From there the Adventure Squad was born, hitting national parks, three more states and eventually getting back home in Los Angeles.” 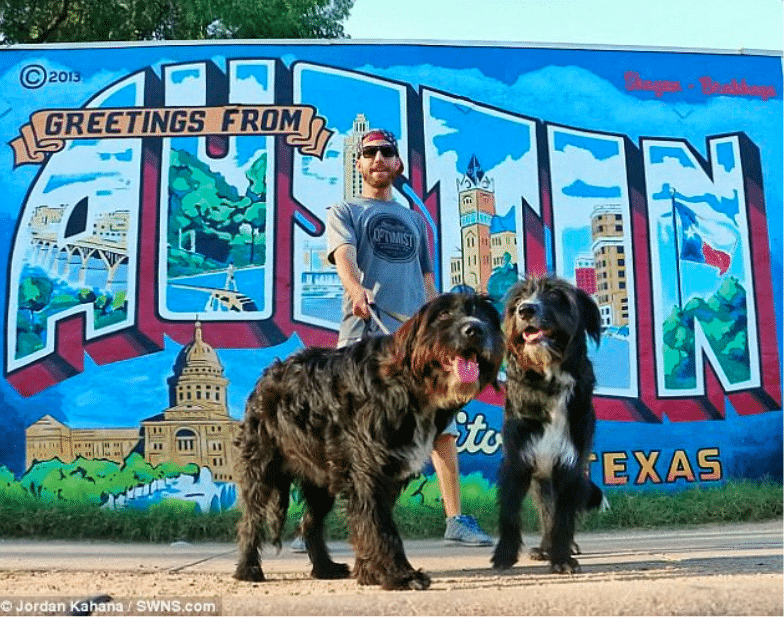 Kahana began documenting all of his various adventures with the pups. He built up a following on various social media platforms. Tons of followers log on each day to see what Kahana and his pups are up to! 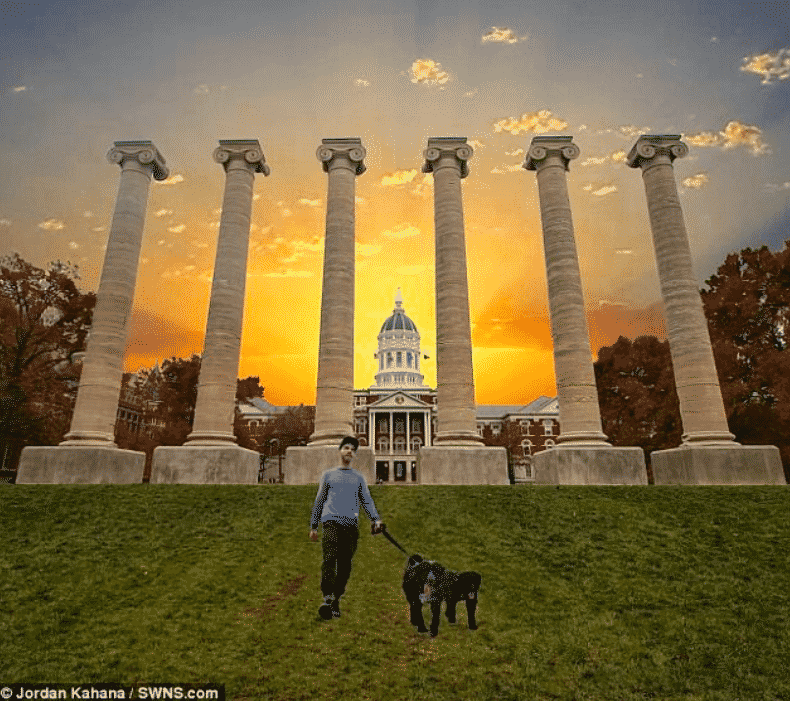 “I’m lucky because I can do a lot of freelance work, and to keep my costs down I plan my trips so that I can sometimes stay with friends. I’m used to traveling by myself, but it has been great to have some companionship,” Kahana explained. 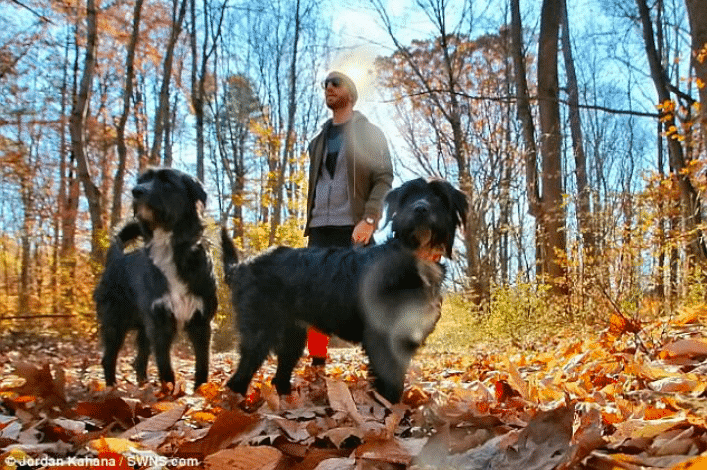 “We’ve basically traveled cross-country in month-long stints. I just put the back seat down in the jeep and I’ve got them a mattress so they’re comfortable.” The trio has been on some of the most amazing and unforgettable trips together as well. 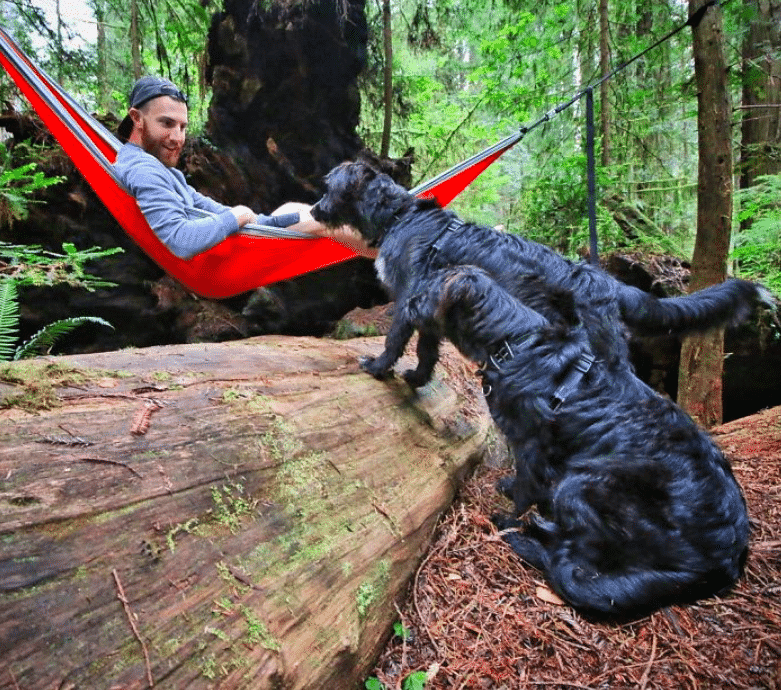 “We’ve done some amazing hikes in national parks around the country, and one of the highlights has been being able to hike virtually on our own in these beautiful places because we visit at off-peak times.” However, national parks and hikes aren’t the only places they’ve managed to see! 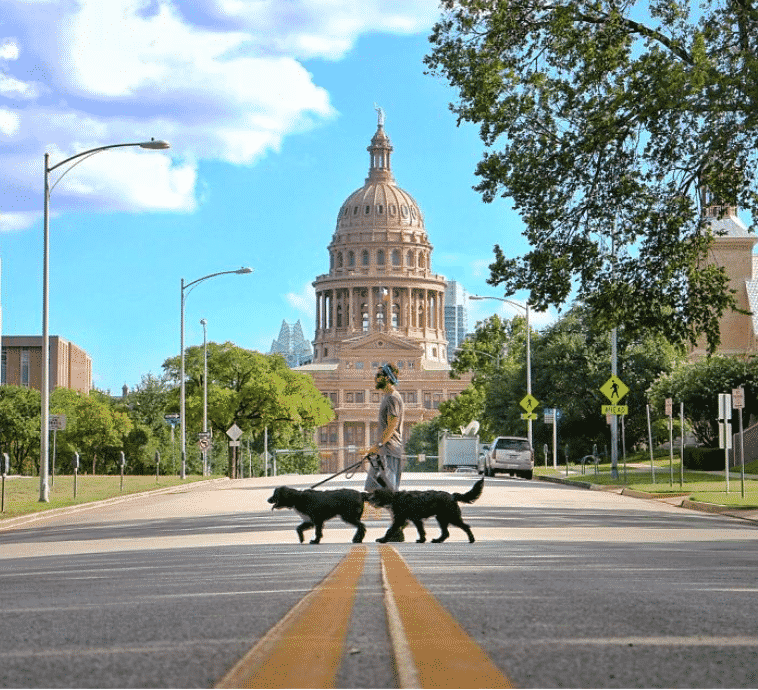 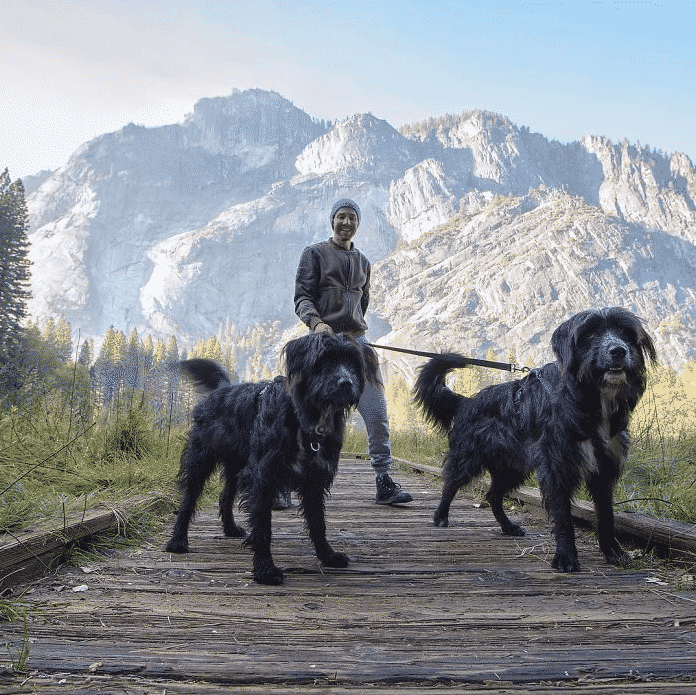 Despite all of the perfect photo captures and amazing views, Kahana has shared that it isn’t always easy traveling with dogs. While he loves his dogs there have been rough times. “They’re a lot better now but I can tell you, that first trip, my car smelled like pee the whole time,” he shared. 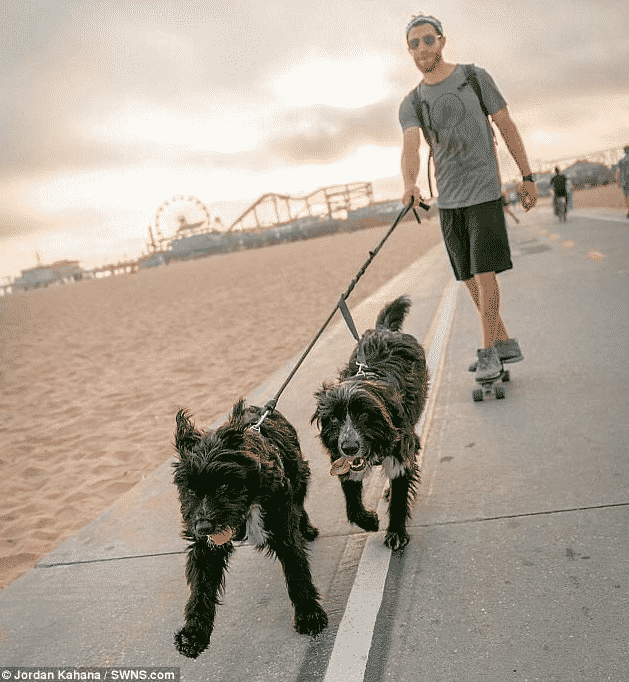 Still, Kahana is so grateful to have stumbled upon the two dogs when he was driving through the desert. He admits that having the dogs has been a truly life-changing experience for him. 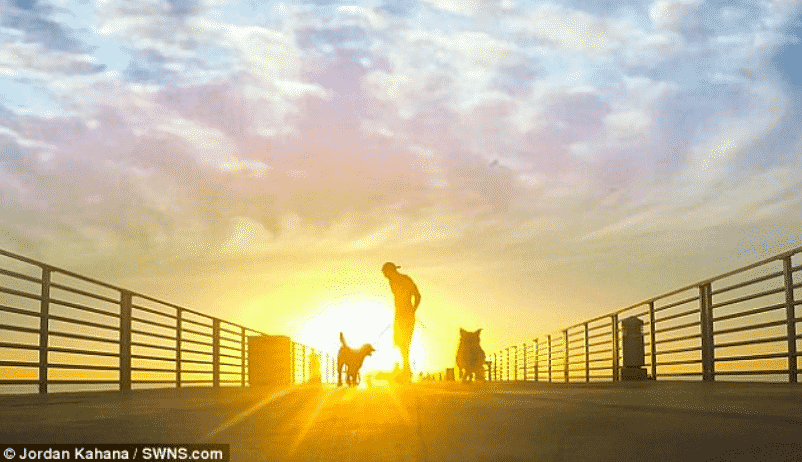 It is amazing to see how far Zeus and Sedona have come since they were first rescued by Kahana. Kahana is also excited to continue traveling with the pups and has a whole bucket list of places that he hopes to explore with them.