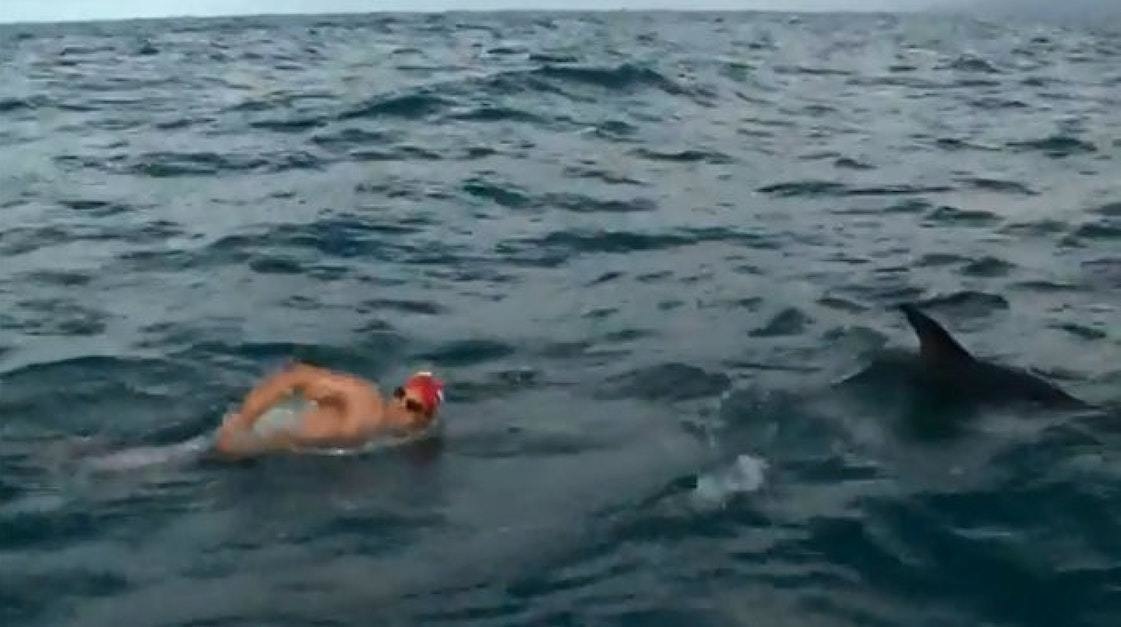 Adam Walker was swimming in the ocean training for his swimming competition when he noticed there was a pod of dolphins surrounding him. They seemed friendly, but he was still nervous about what exactly was happening. 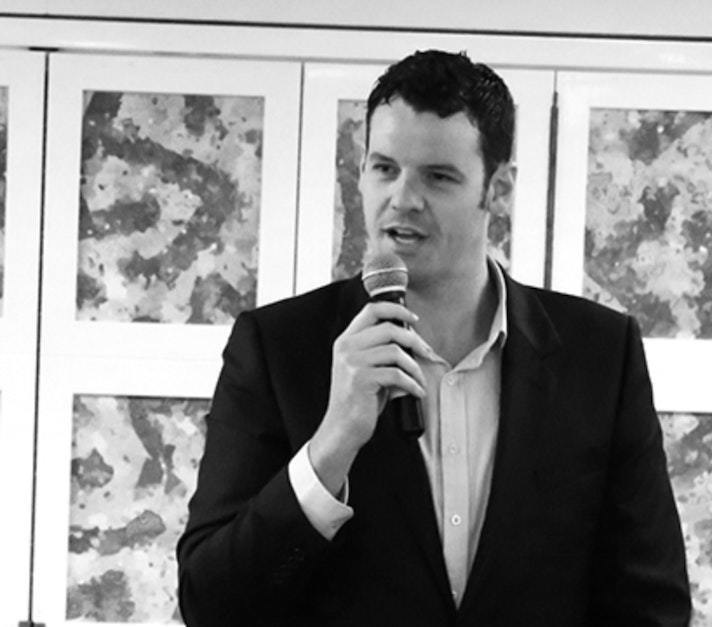 Adam Walker was a successful businessman and worked in the corporate world. While he was successful, he didn’t have much fulfillment in his life. 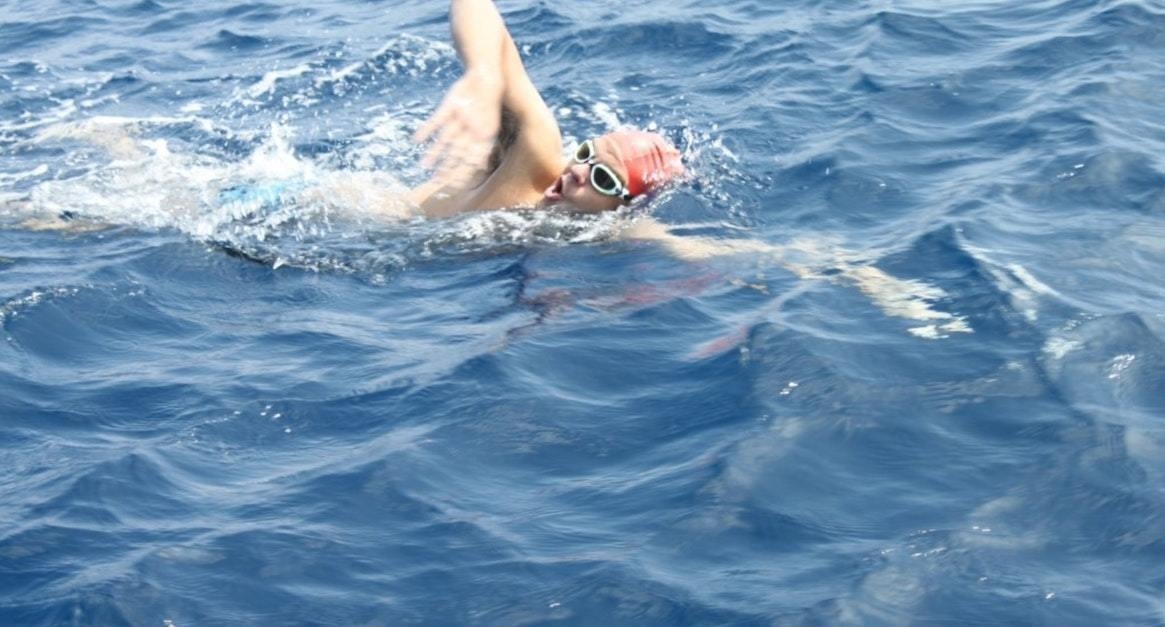 Adam loved being active. Growing up, his family was really into sports. However, while playing rugby and cricket, Adam was injured and had to put sports on the backburner. Later on, he decided to take up swimming to get out his extra energy. 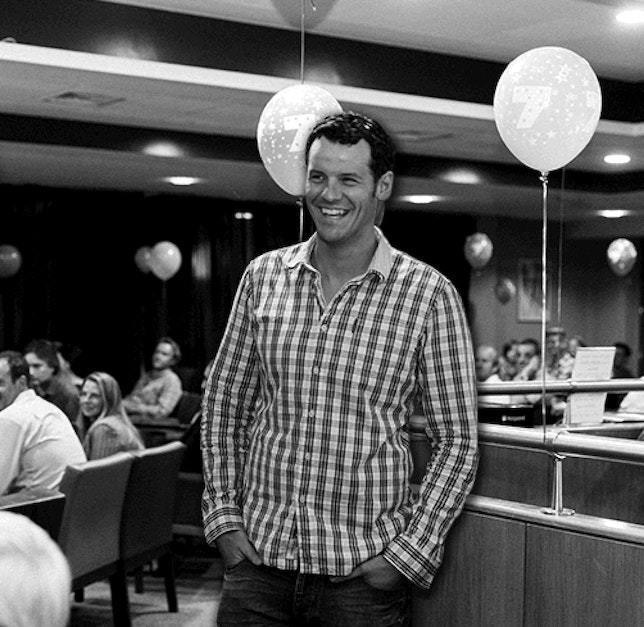 Adam decided to go into sales just like his father after he graduated from college. While on a family vacation to Australia, Adam saw a move on the flight home that would change his life.

On a Clear Day 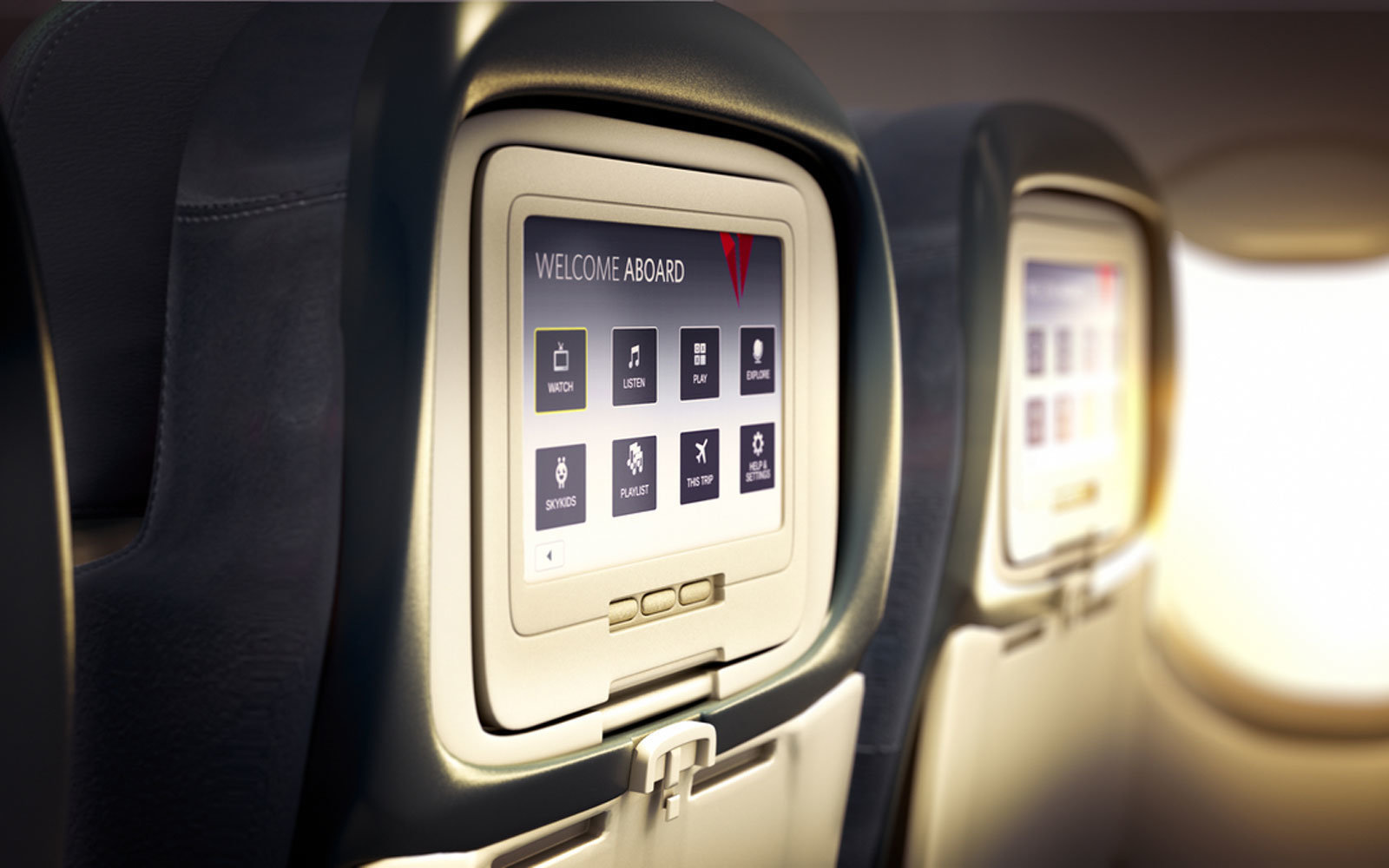 The movie he saw was On a Clear Day, which is about a man who swims across the English Channel. This stretch is 21 miles long. This movie inspired Adam to swim long distances. 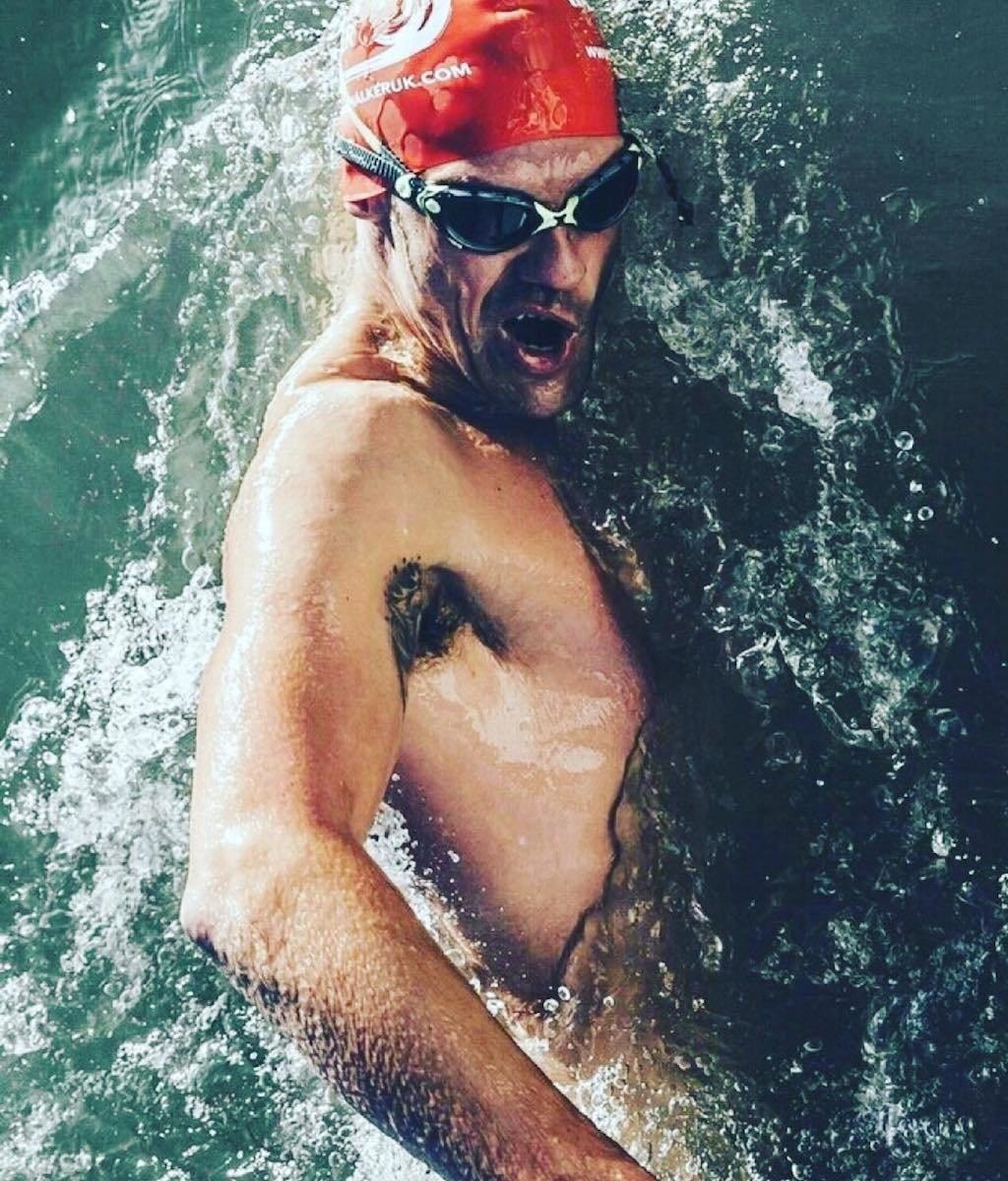 After training, Adam attempted swim the English Channel. He only lasted 45 minutes before he started to feel unwell. He became hypothermic due to the water only being 48 degrees. 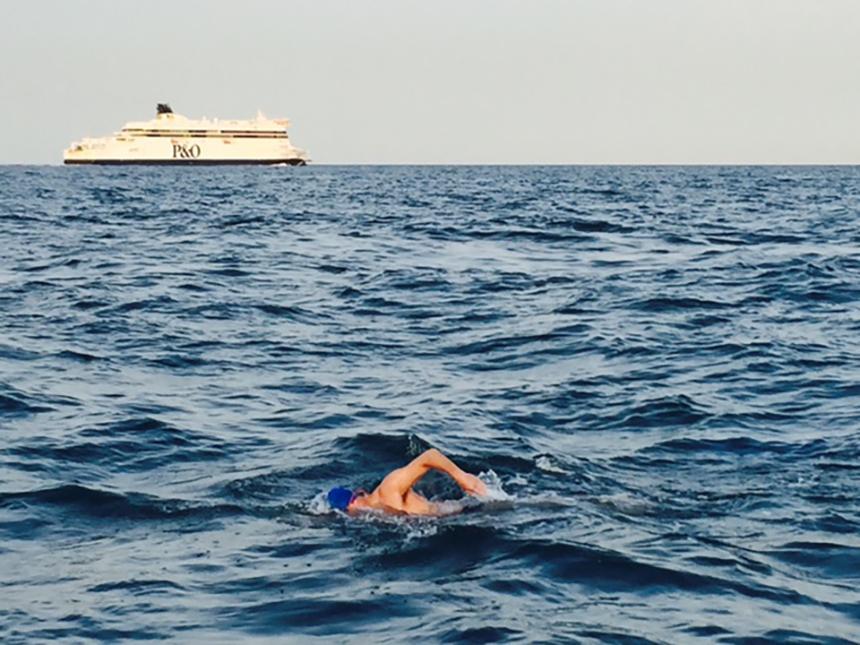 In 2008 he tried to swim across the English Channel again. This time he was successful due to rigorous training and warmer water. 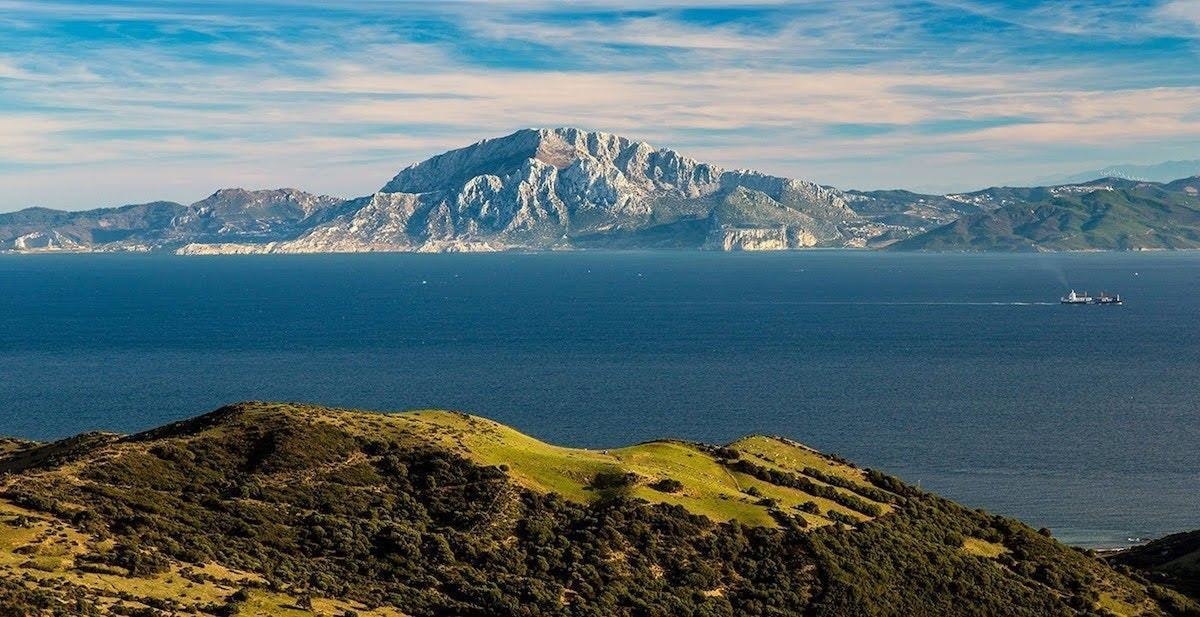 The English Channel didn’t fully satisfy Adam. Next, he wanted to swim the 9-mile distance of the Strait of Gibraltar. His goal was to swim back and forth, knowing that the water would be warmer than the Channel. It took him just one try to swim this distance. 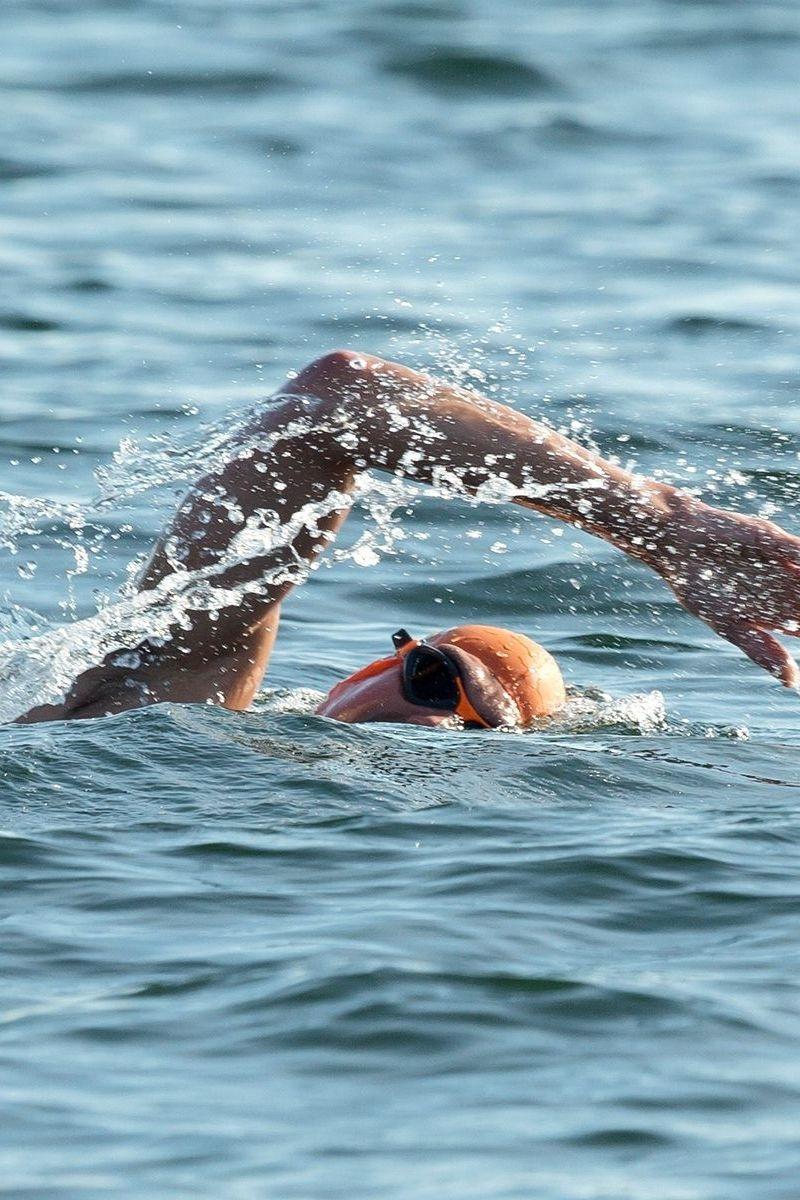 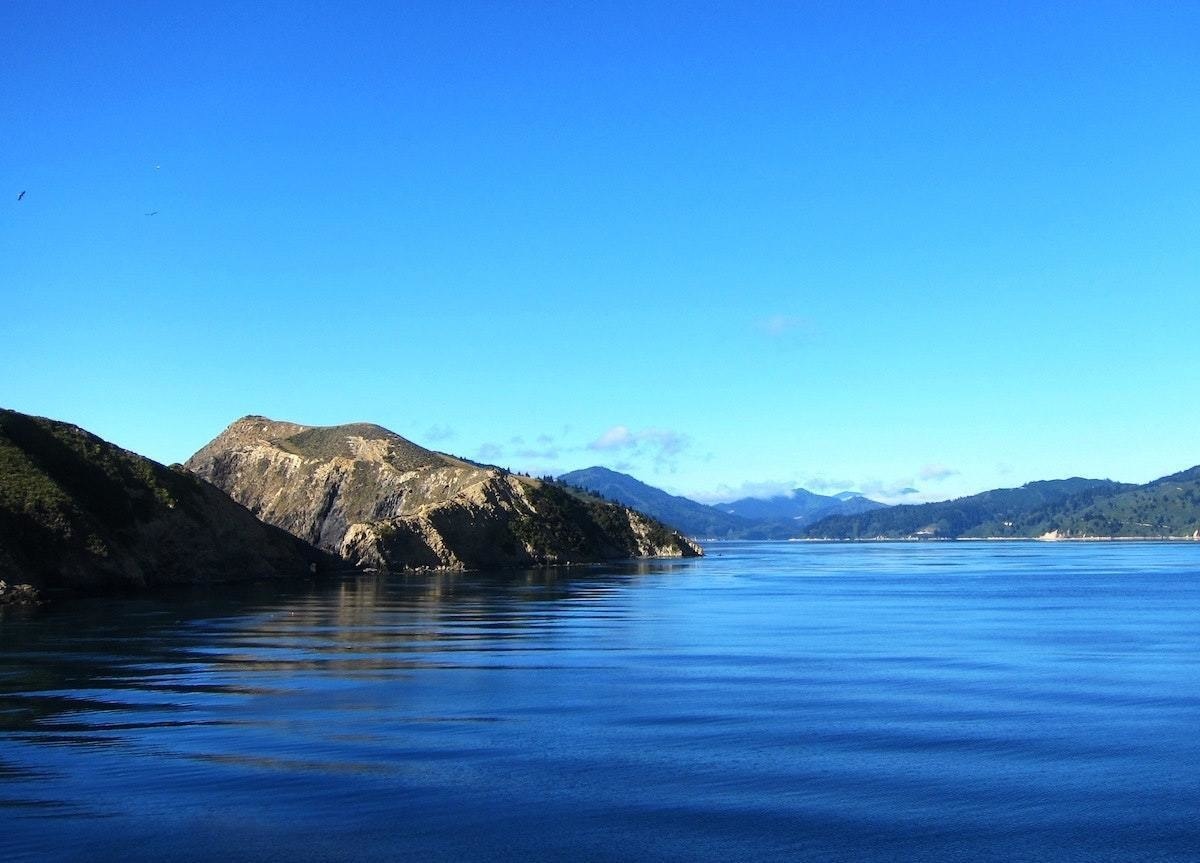 In 2014, Adam decided to take on the Cook Strait. It was the most dangerous swim of the seven listed. Eight hours into Adam’s swim of Cook Strait, he noticed something strange. 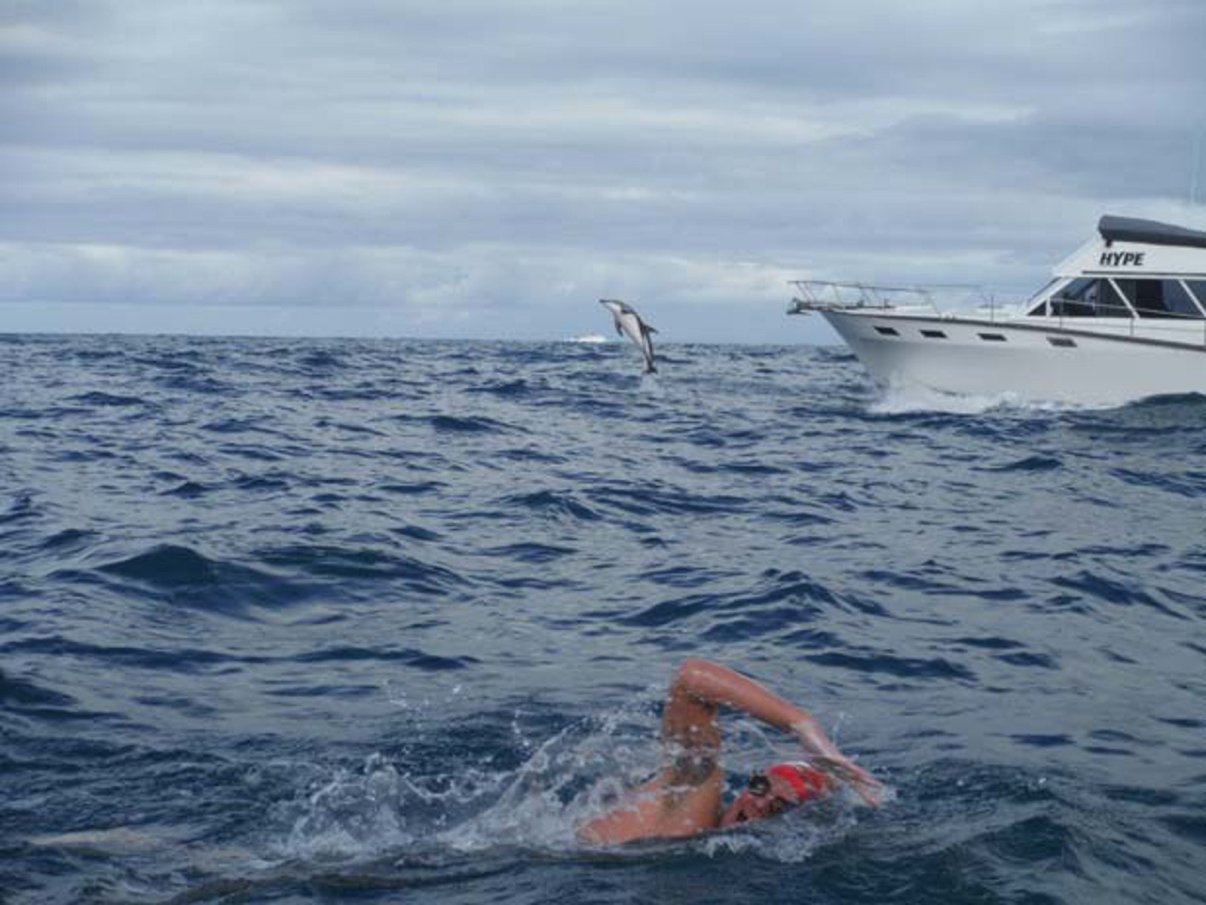 As Adam was swimming he noticed shadows following him. His heart, already beating fast from exercising, beat a little faster. He was nervous as he couldn’t tell what was following him in the water. 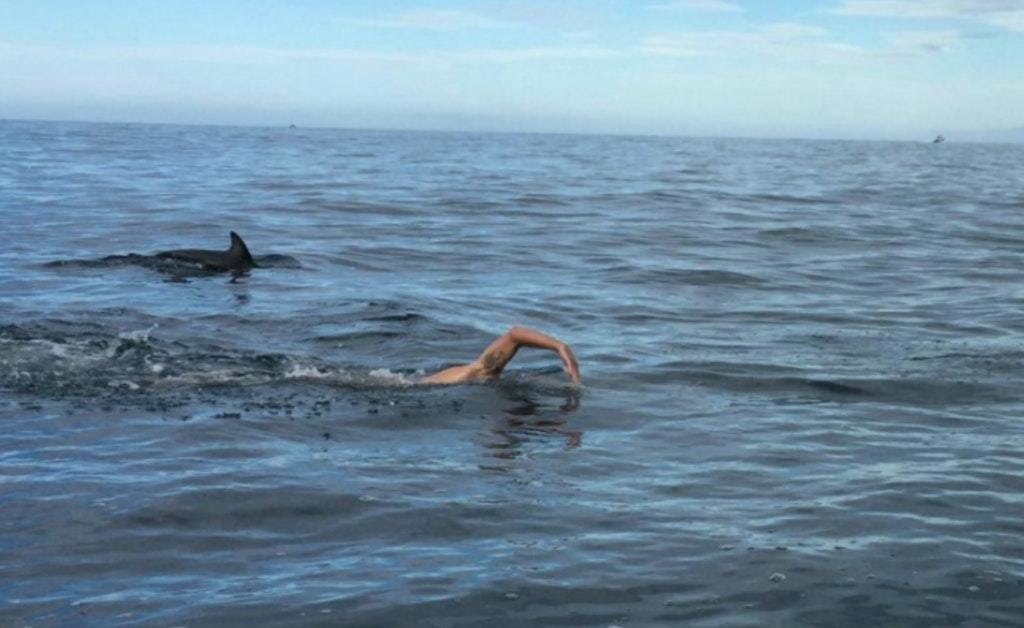 Adam soon realized that the creatures following him were a pod of dolphins. He kept swimming through the strait, expecting the dolphins to swim away eventually. When they kept following him, he started to be concerned. 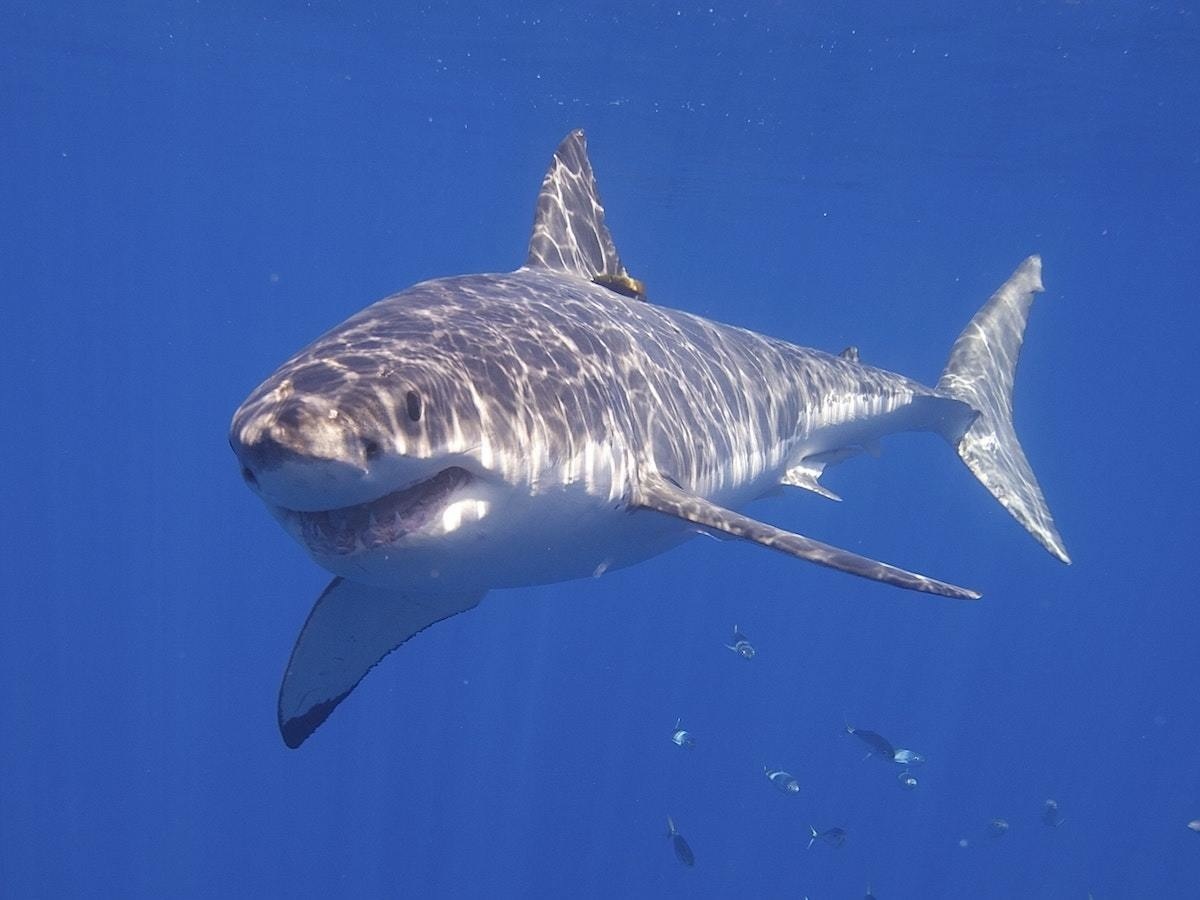 It turns out the dolphins were surrounding him because there was a shark swimming below him. Great White sharks were known for swimming in Cook Strait, but Adam couldn’t get a good enough view of shark to see what type it was. 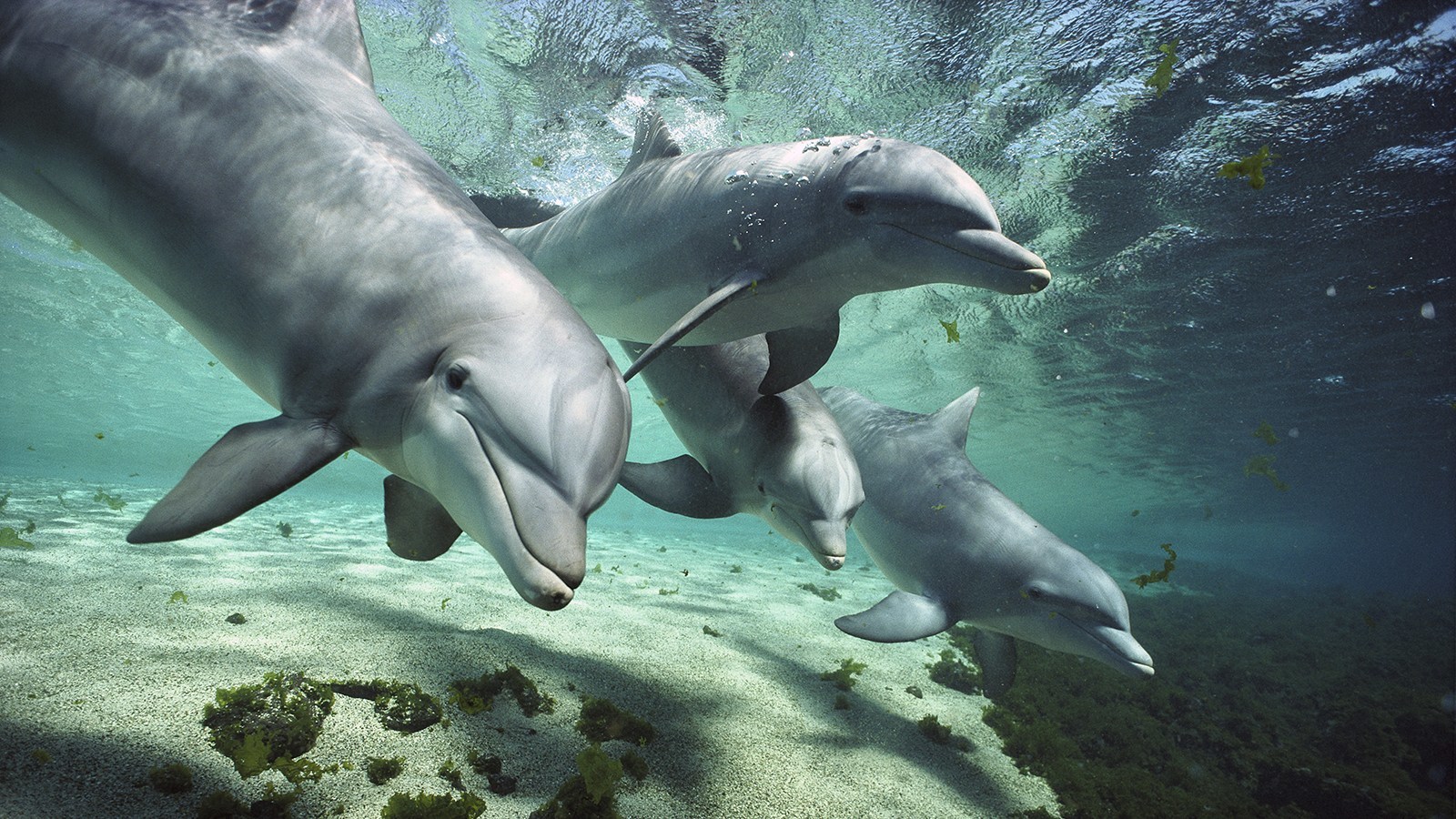 The dolphins swam around Adam until the shark gave up and swam away. Adam was so surprised that the dolphins kept their formation for so long after the shark disappeared to make sure Adam was safe.

Once in a Lifetime Experience 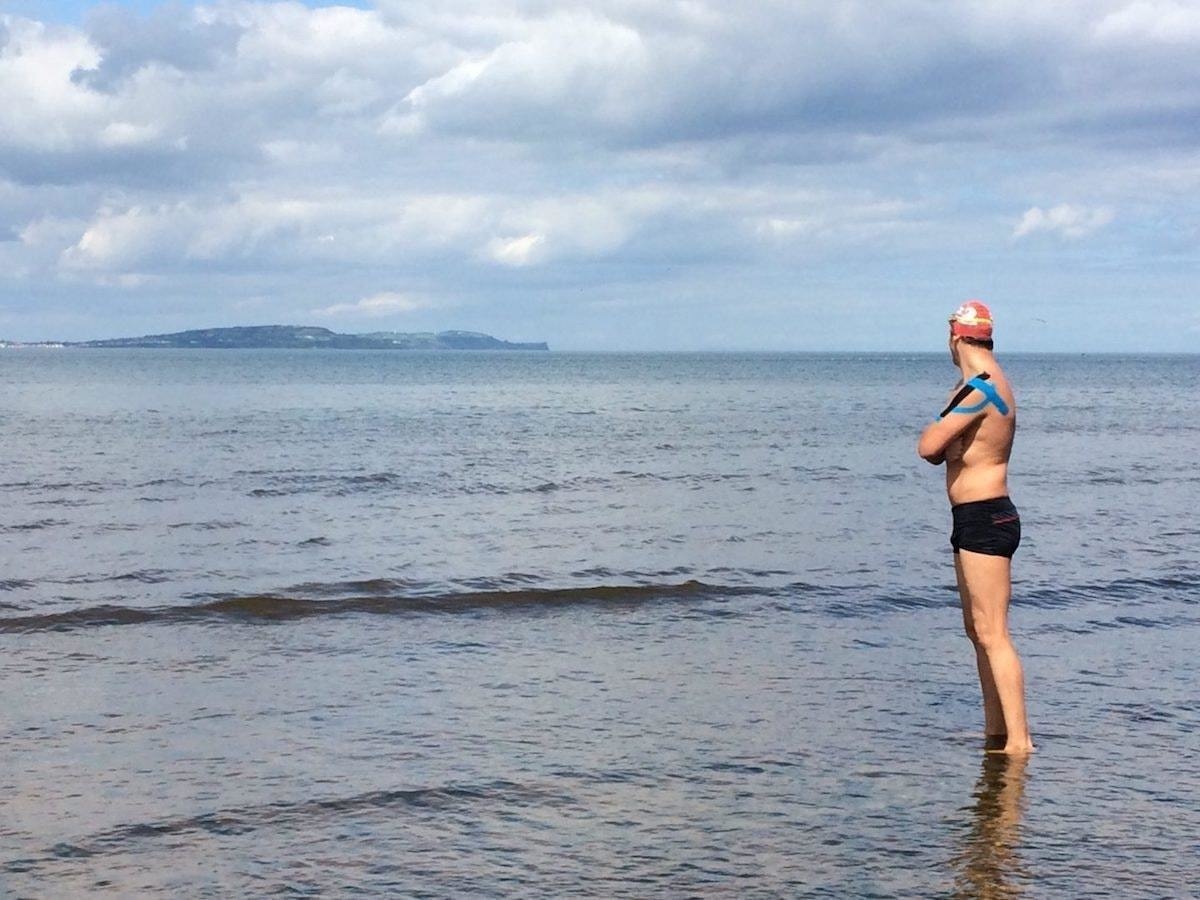 Adam was shocked at what he had just experienced. He didn’t know of that type of thing happening to anyone else. After being saved by the dolphins, Adam finished his swim clocking in at 8 hours and 36 minutes. 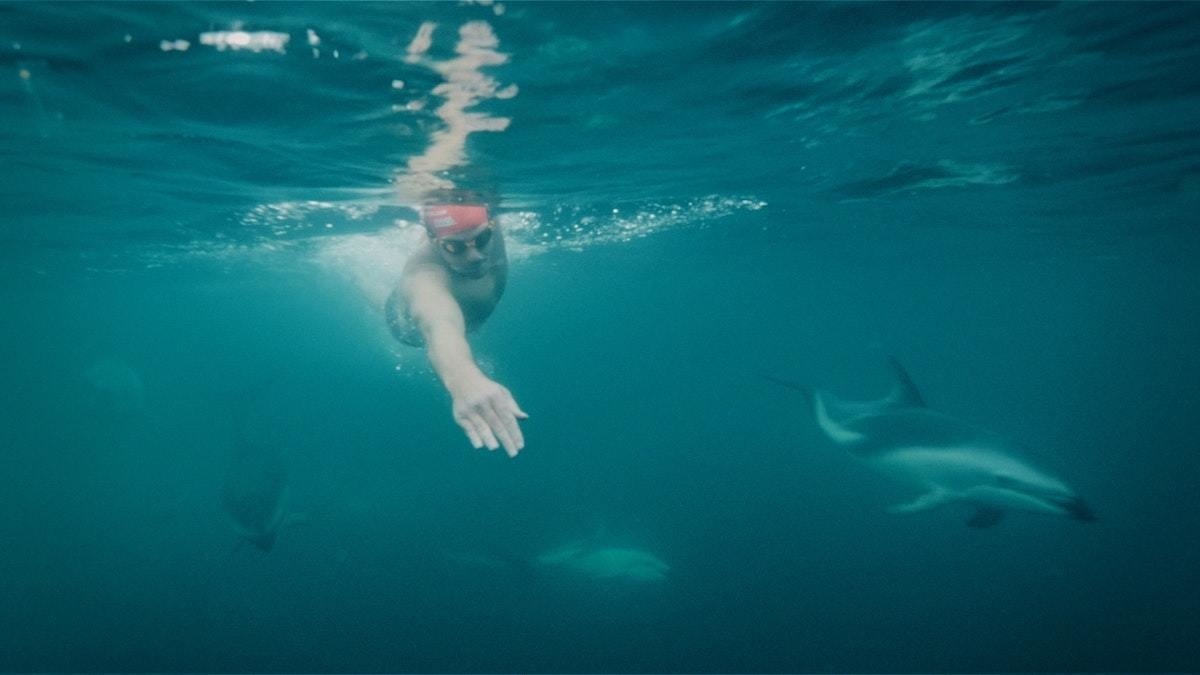 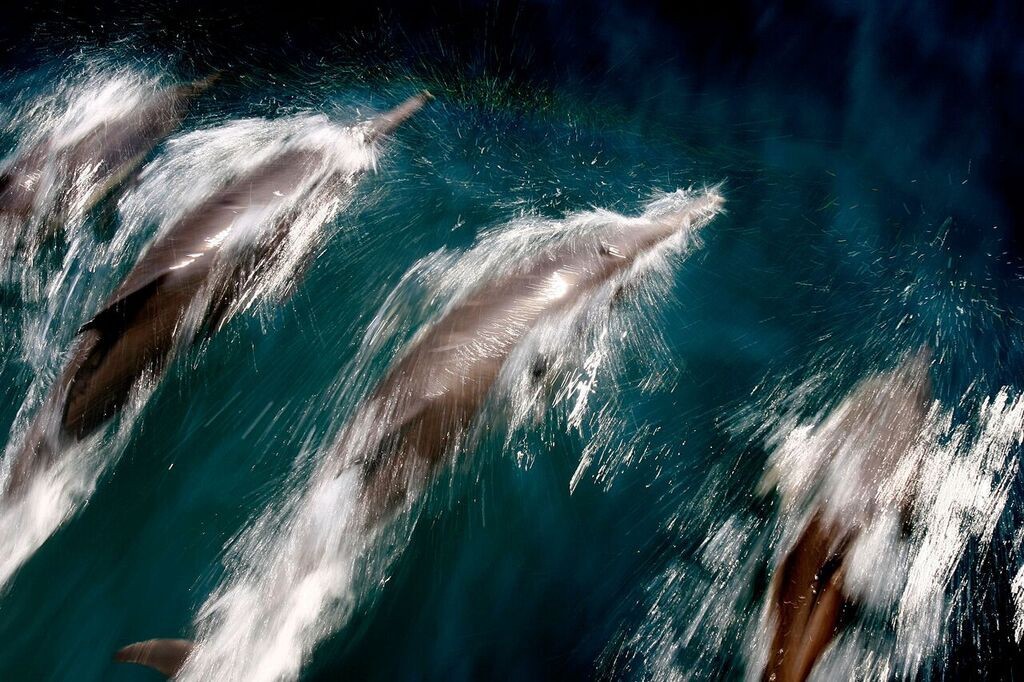 Dolphins may be the fastest swimmers on the planet, but they made sure to slow down their pace to keep up with Adam. This kind of compassion is almost unheard of in wild animals.

The Nature of Things

Adam’s story caught media attention, including some documentaries. The Nature of Things featured Adam in 2016 to discuss his experience with the dolphins. 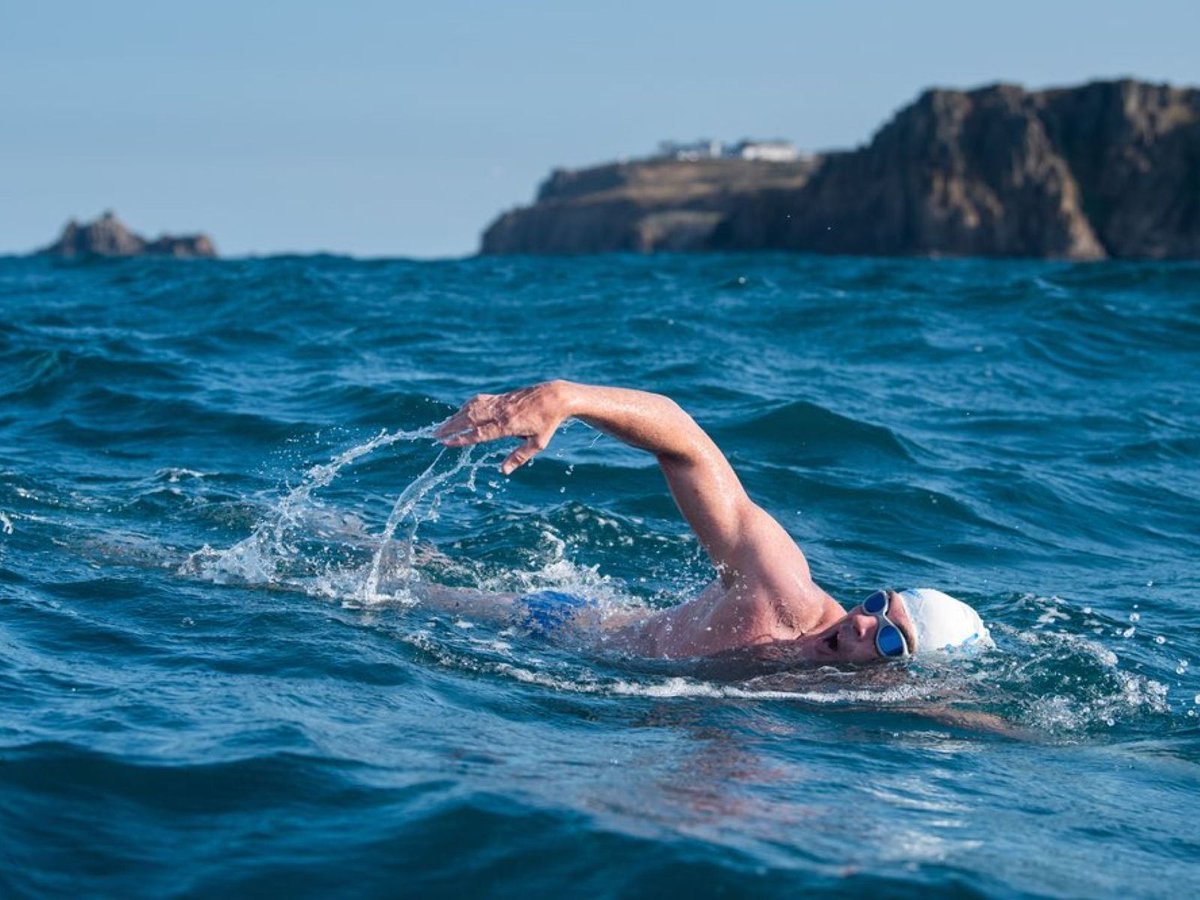 It took Adam seven years to complete the Oceans Seven Challenge. That didn’t end his swimming habit, though. Now, he swims to raise money for charities and awareness to stop whaling.

If you want to help protect our oceans and the creatures that live in them, donate or volunteer with Whale and Dolphin Conservation and Stop Whaling.