World’s Gentlest Labrador Approaches A Special Needs Toddler, Hugs Him And Lets Him Know He Is Indeed Special

Dog owners will be the first people to tell you that humans don’t deserve dogs! Dogs are some of the sweetest and most loyal pets that you’ll ever find. Anyone who has interacted with a dog can vouch for how comforting they are. However, nothing beats the bond shared between a dog and a child. When one little boy with down syndrome had no one to care for him, one dog showed just how loyal he was. 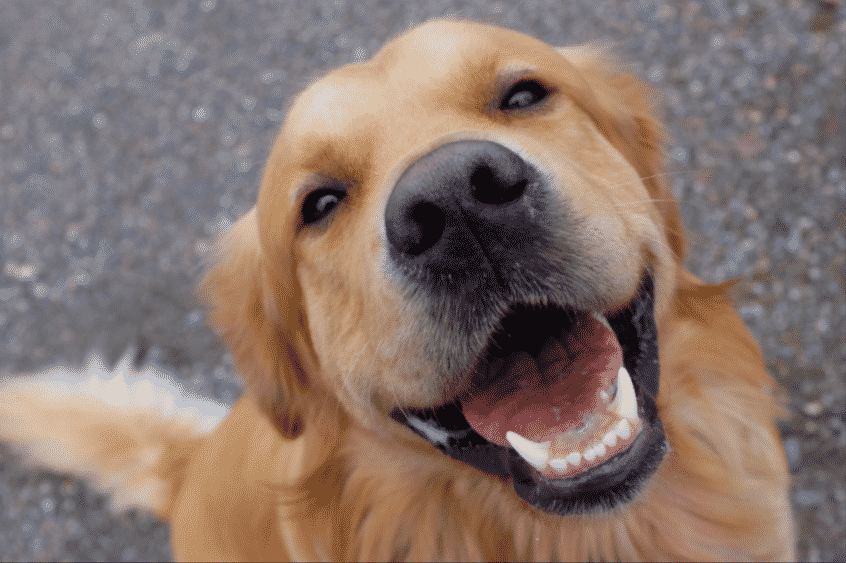 Dogs are the best friend that will never abandon your side. They are loyal to a fault and will love you through thick and thin. It’s no wonder so many people own them! 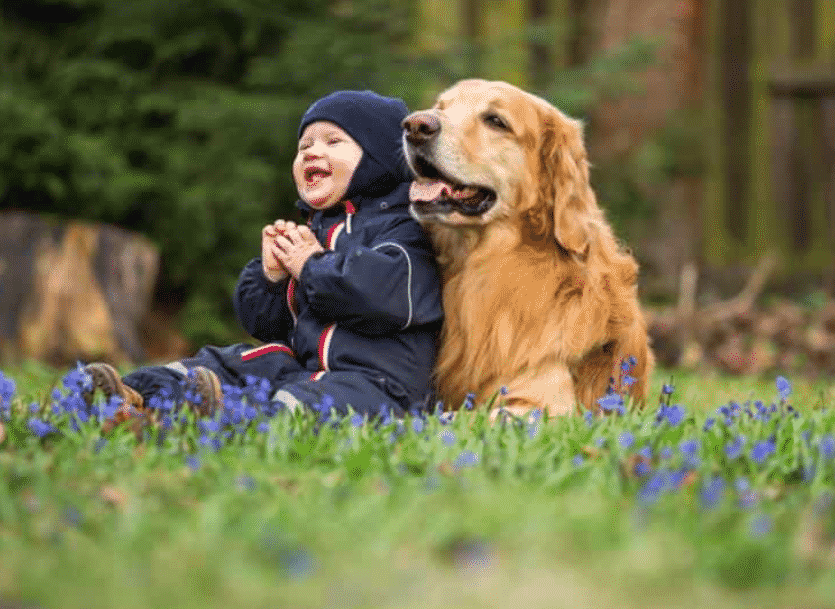 One of the strongest bonds in the world is that between a dog and a child. Children and dogs have a unique bond and you can often find them snuggled up together. This is why so many moms and dads choose to get a dog as a perfect family pet.

One of the greatest life lessons that dogs can teach humans is the art of compassion. Young children especially learn a lot from the dogs, such as responsibility and empathy. This is the exact situation one mother walked into when she saw her son and dog interacting. 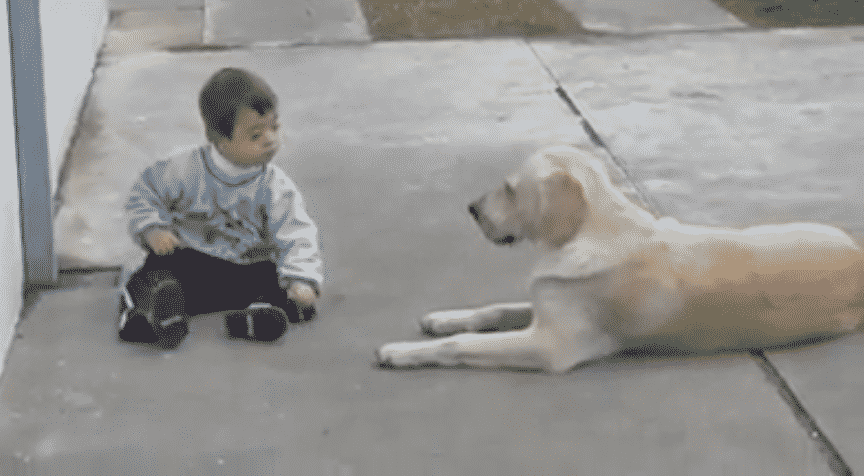 Ana Marta Vegas is a mom that lives in Buenos Aires. Recently, she spotted an amazing interaction between her son, Hernan, and the family dog, Himalaya. Vegas knew that she had to capture the moment between them. 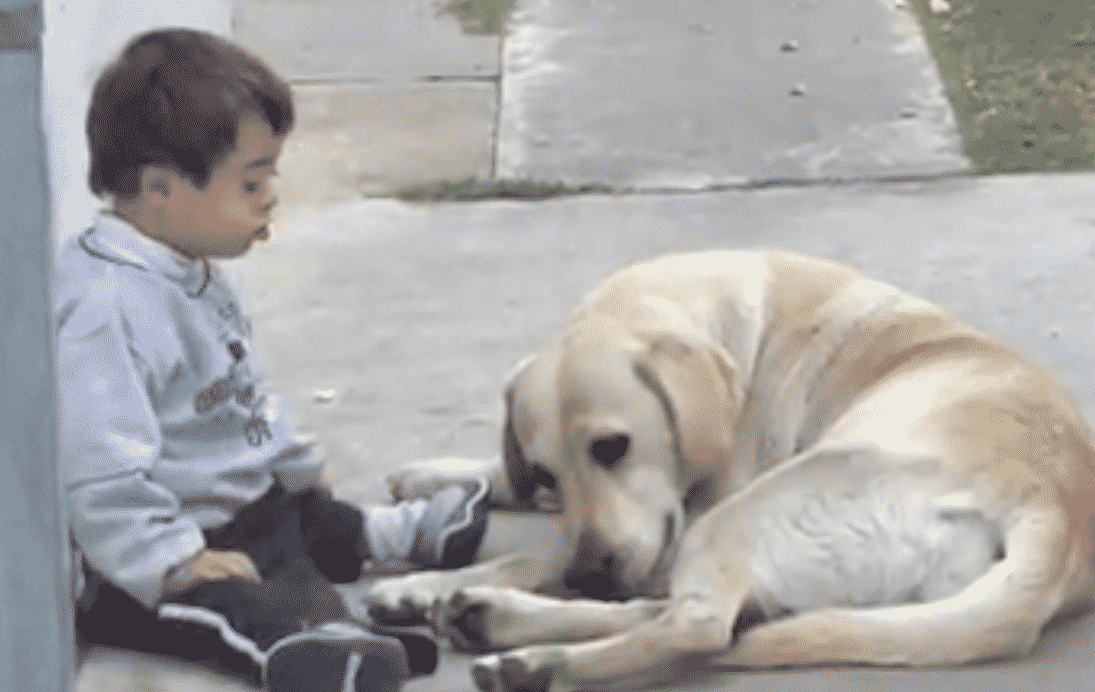 Hernan happens to be a toddler with special needs. This means that he needs extra care as he will have to go through more obstacles than other children in his age group. It was for this reason that Vegas decided to get a dependable dog for the family. 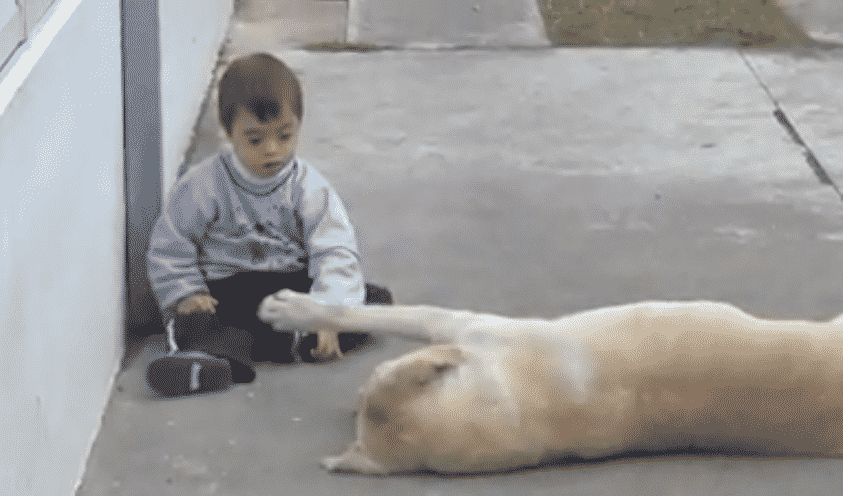 It is crucial for Hernan to learn how to express himself from a young age. Moments shared between Hernan and Himalaya are especially important for Hernan’s development. That’s why when Vegas caught this moment, in particular, she was beyond blown away. 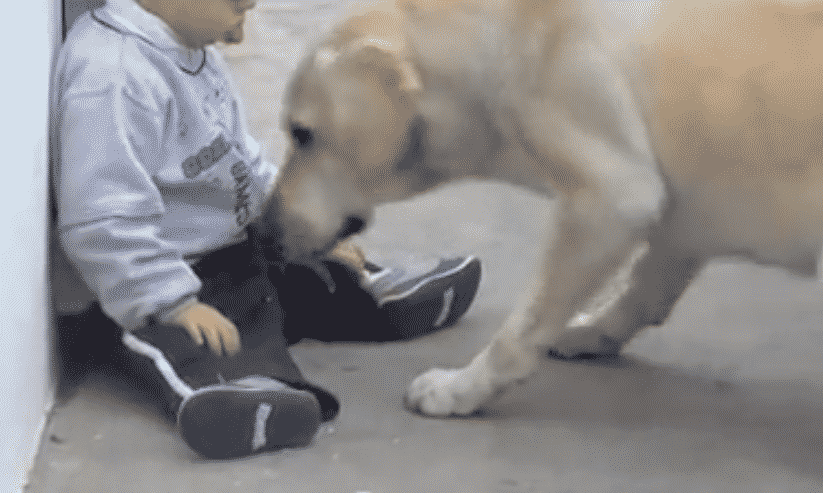 Himalaya happens to be incredibly gentle with Hernan. She obviously senses that he needs some extra love and guidance. Since she has been part of the family, Himalaya has worked hard to connect with Hernan. 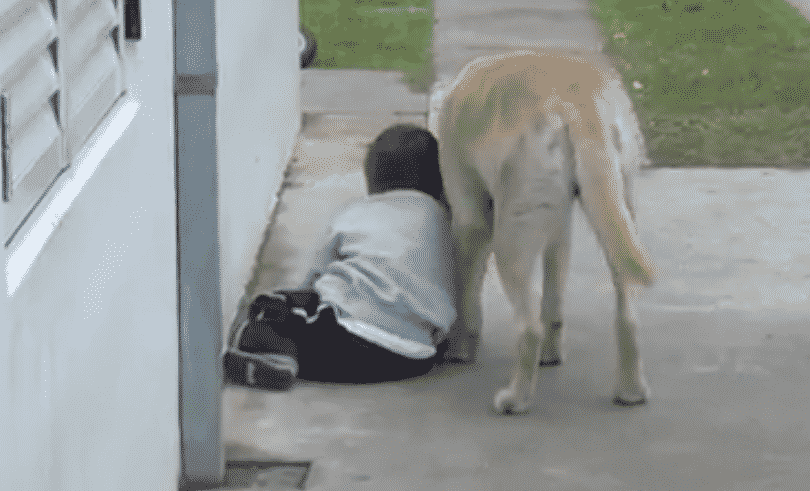 Himalaya would go out of her way to connect with Hernan in any way that she could. Most recently, an interaction that occurred outside really solidified their relationship. So what happened?! 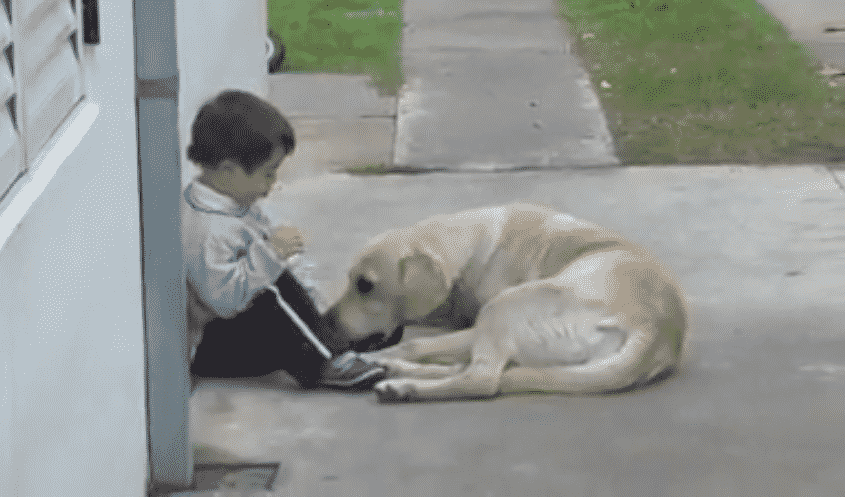 Recently, Hernan and Himalaya were sitting outside of the house when the sweet Labrador felt something was off. She must have sensed that Hernan was feeling anxious or stressed. She immediately reached out to comfort him. 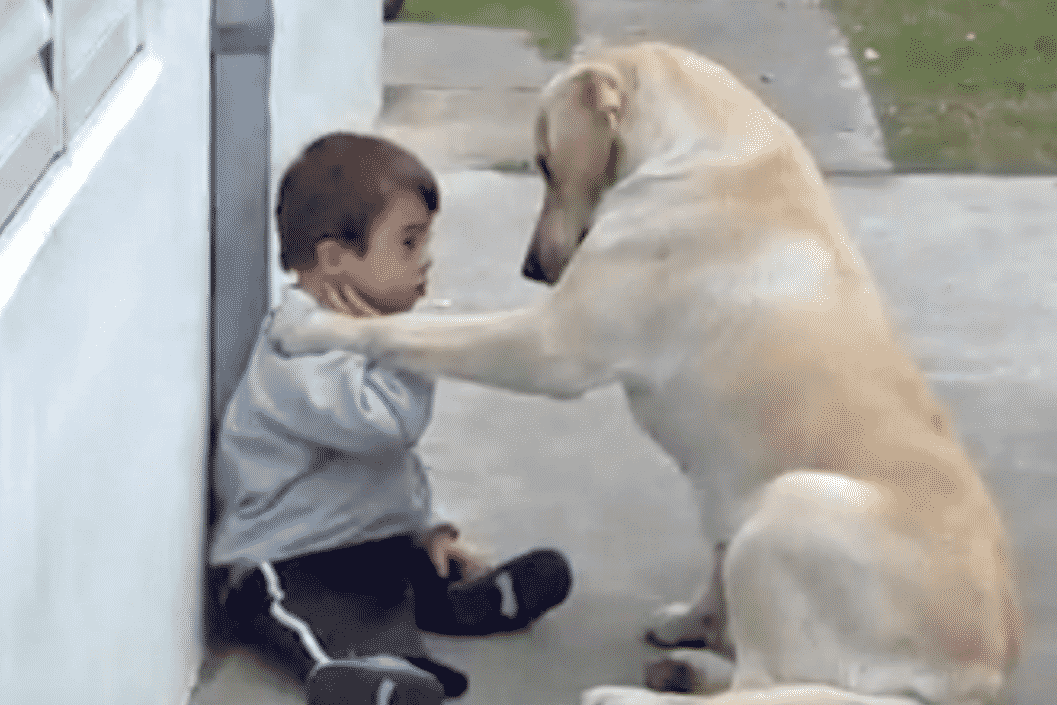 As Himalaya’s tail continued to wag back and forth, she reached out her paw to Hernan. She placed her paw on his shoulder and looked him straight in the face. It was obvious that she was trying to reassure him that everything was going to be okay. 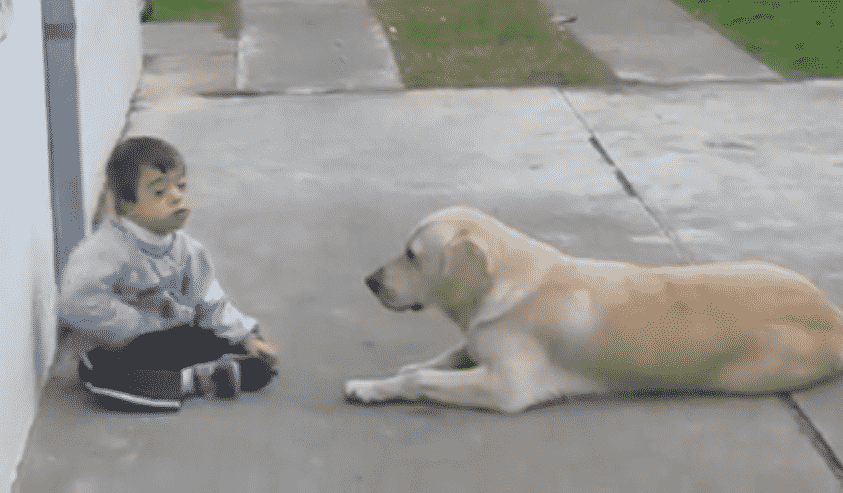 At first, Hernan seemed to move away from Himalaya. He felt a bit unsure about the situation, however, his mama was watching from nearby. She knew this was a crucial learning moment for her son. 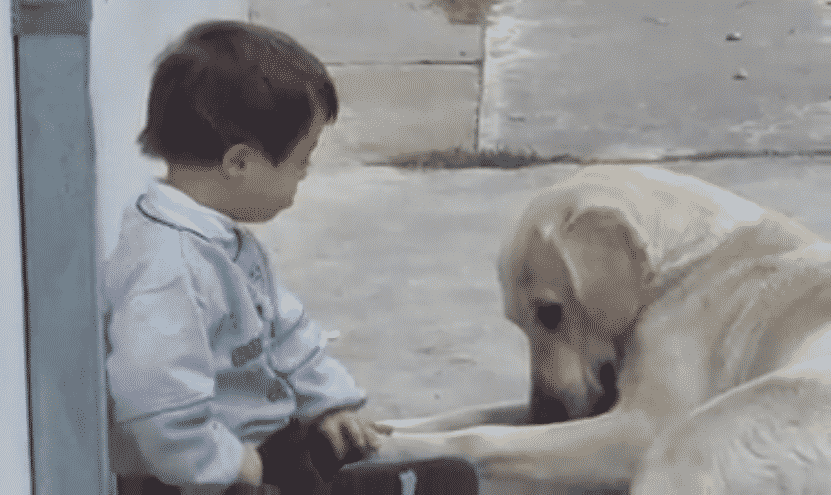 Himalaya was persistent with Hernan and wanted to get him to open up. Vegas watched from afar, and soon she saw her son react in the most astonishing way! She couldn’t believe her eyes.

It seems that Himalaya’s persistence eventually paid off. As she continued to comfort the sweet toddler, the boy reached out to his dog. He went in for a hug! 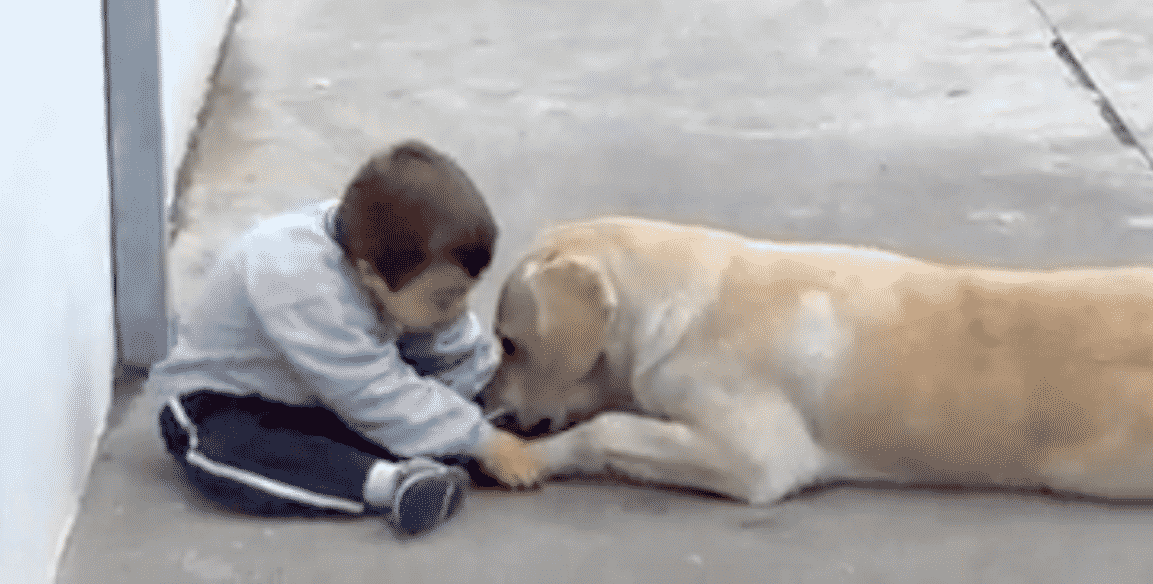 Vegas was so amazed by the interaction that she wanted to capture it forever. She quickly began recording the interaction between the two. This was a reaction she had been hoping her son would have for a while. 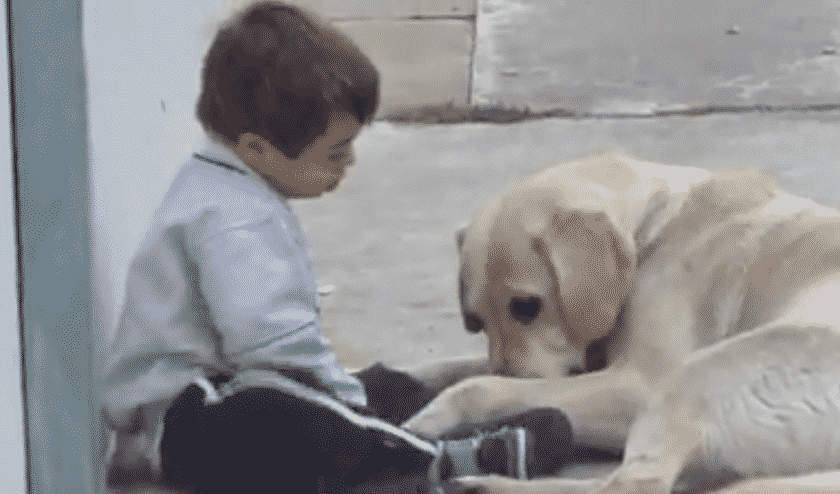 The two of them continued to embrace one another in the video. You can see that Himalaya’s hard work paid off as Hernan truly felt comfortable embracing his best pal. Hernan will truly forever feel loved with Himalaya by his side. 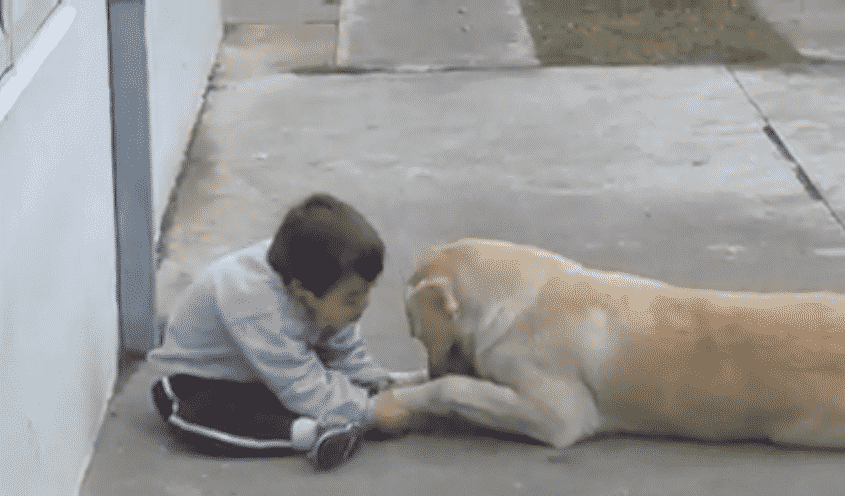 Vegas soon decided the moment was too sweet for her to keep to herself. She uploaded the footage onto Facebook. Soon her comments section was filled with the most heartwarming sentiments. 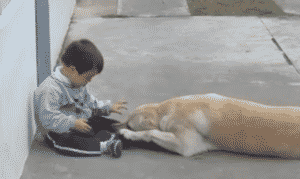 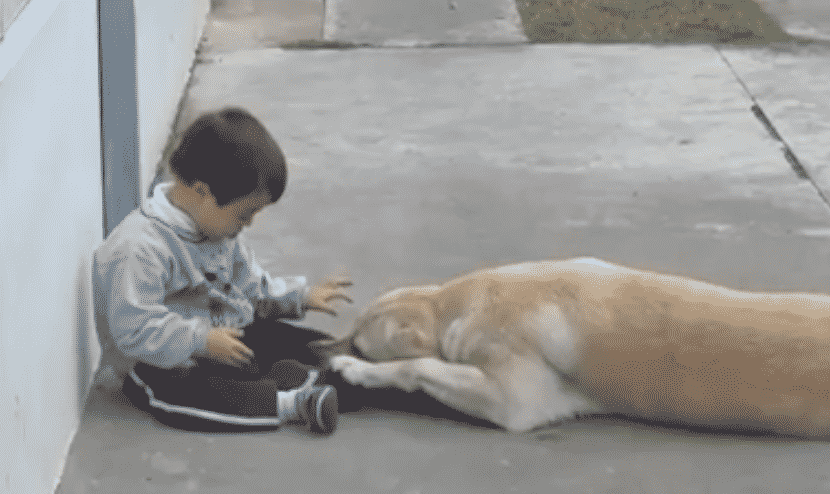 A lot of the comments were written in Spanish, however, one stood out to everyone. “I am a teacher, and that video came to me for art and magic of the Holy Spirit. For a lesson in empathy, persistence, and unconditional love, I put your video on for the students and we were discussing that beautiful relationship. God knows how to choose special parents and I admire you.” 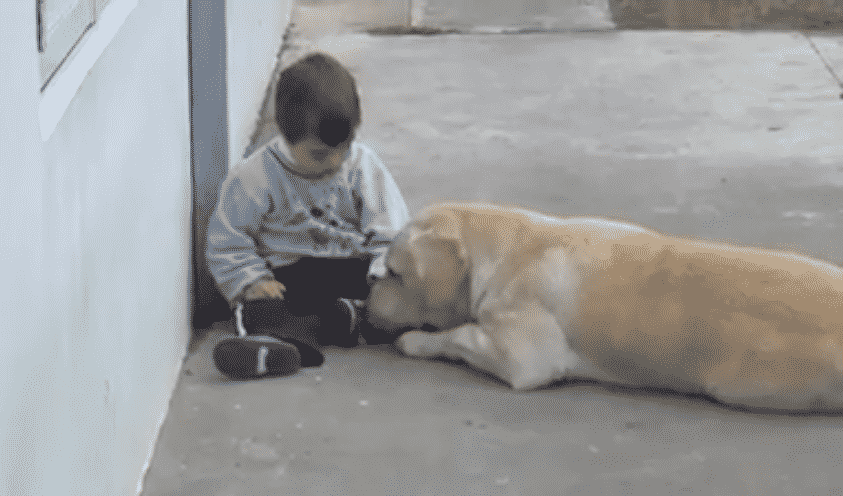 There was an outpouring of love and support in the comments section. Everyone was so thrilled to be able to witness a true moment of unconditional love. It’s not every day that you see such a pure interaction between toddler and animal. 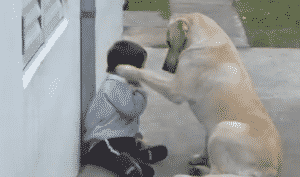 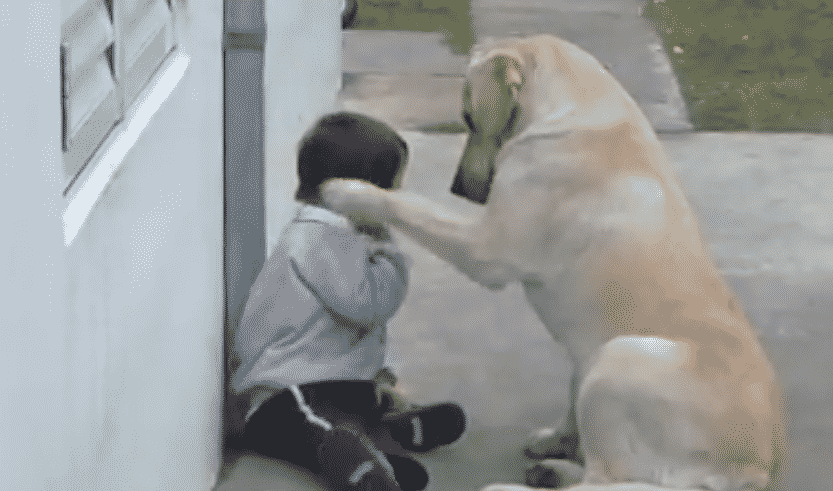 Hernan is a very lucky kid to have such a sweet and loving companion by his side. With Himalaya by his side, Hernan is sure to always feel secure and loved. Vegas is so happy to see what a positive effect Himalaya is having on her son. 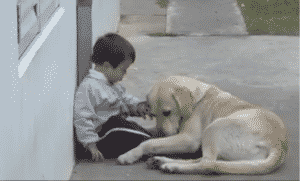 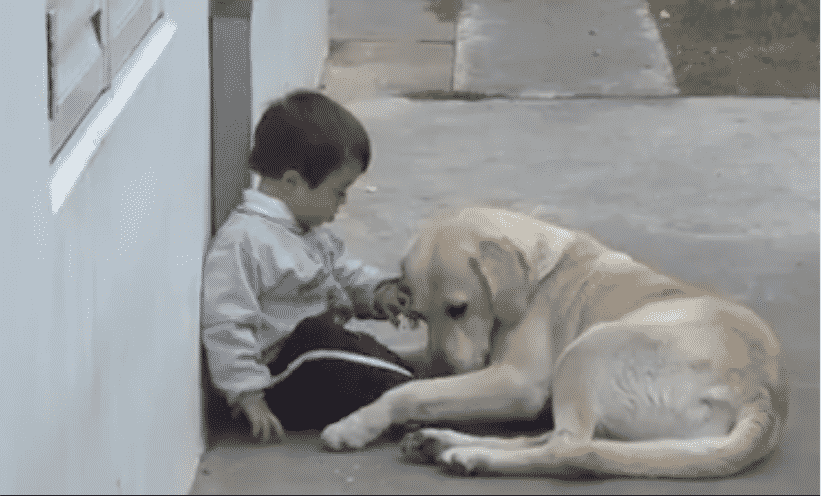 Dogs once again prove just what loyal companions they are. Even though Himalaya is not a trained service animal, her senses allowed her to help out Hernan when he was feeling stressed. It was truly a beautiful and moving moment. 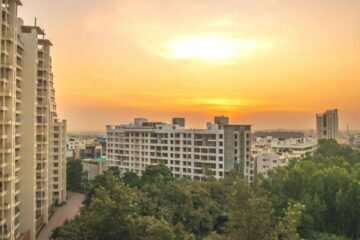 A Student’s Guide To Life In Bangalore