20 Incredible Photos Taken By Drones That Will Amaze You 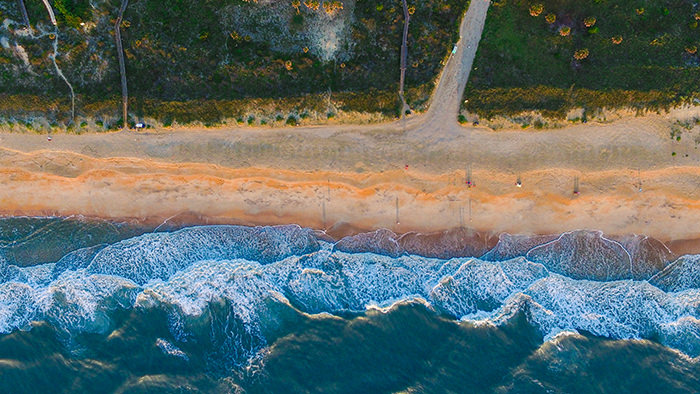 Thanks to the wonders of technology, we can now view the world from a wide range of perspectives. With drones, photography can now soar to new heights, capturing the beauty and wonder of our planet in ways we never thought imaginable. From stunning vistas to shocking glimpses of wildlife, drones allow flexibility and versatility when it comes to taking photos.

The following 20 photos are absolutely incredible and show off just how amazing drones can be when it comes to snapping unique shots that really reveal how special the world around us really is. 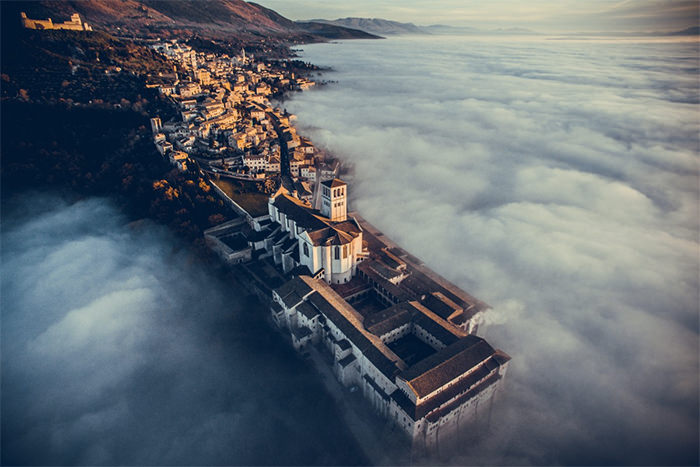 Capturing a moment where this city looks to be floating in the clouds, a drone flew high above the Basilica of Saint Francis of Assisi at sunset to take this stunning photo. It looks like it was ripped straight from the pages of an epic fantasy novel thanks to the lighting, color palette, and cloud cover. 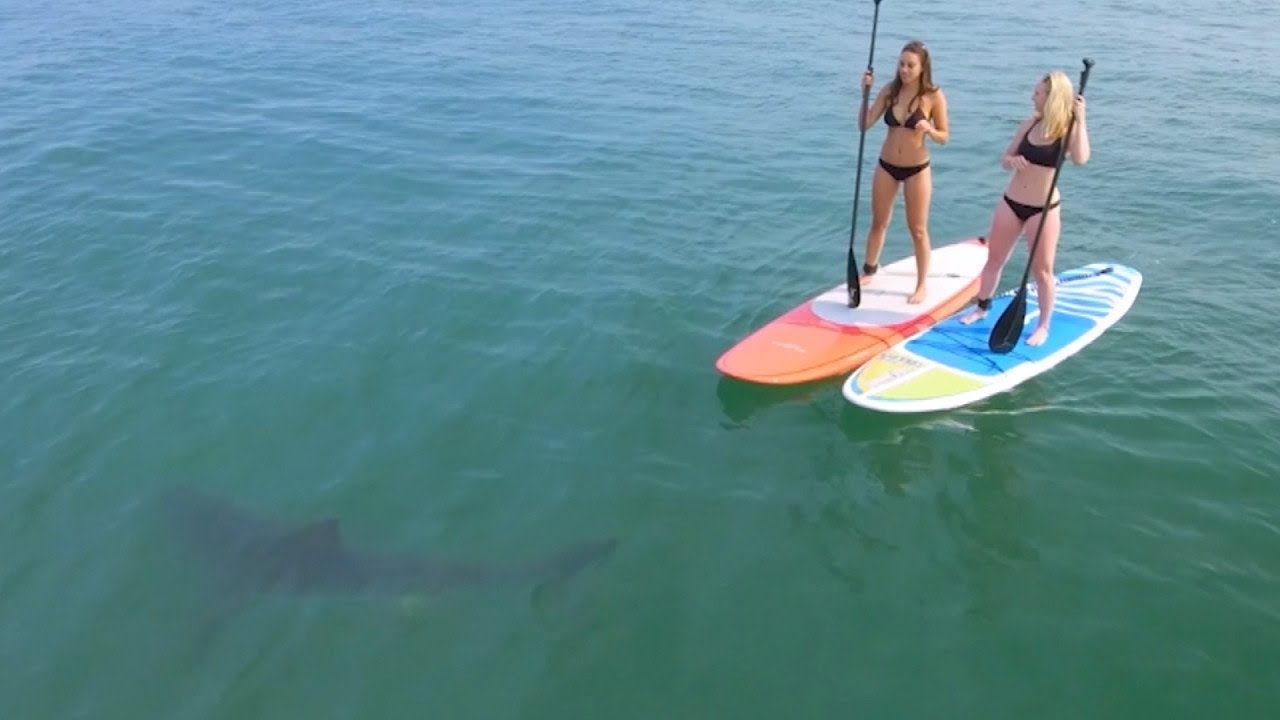 This photograph is proof that you never know what is lurking beneath the depths of the ocean. Taken off the coast of Southern California, these two paddleboarders found themselves circled by this Great White shark. At one point, there were up to five sharks swimming around them, with one of the girls revealing the sharks were so close they could see their gills. 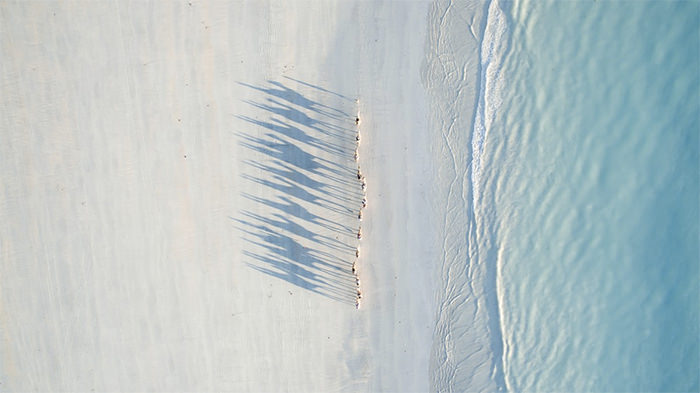 This photograph captured an incredible moment where a caravan of camels strolled along the beach at sunset. It’s amazing how crystal clear the water is and how the sand reflects purity and beauty. The top-down view and the stretched shadows almost make it look like a painting. 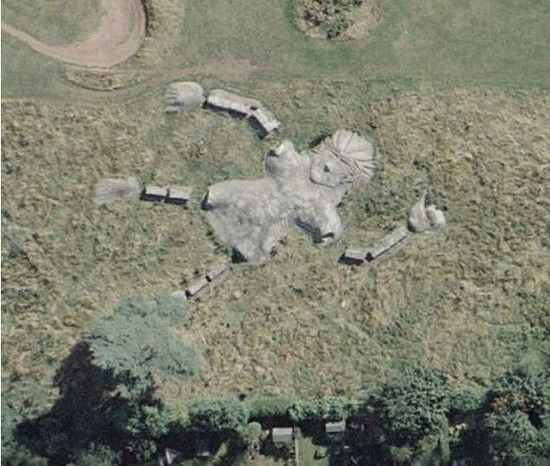 This creepy statue is known as Gulliver the Gentle Giant and used to be located in Edinburgh, Scotland. Built in 1976, it was a very popular area for children to play. However, the local government wanted to use the area for a flood prevention system, so it was dismantled. At least we will always have this cool bird’s eye shot of it. 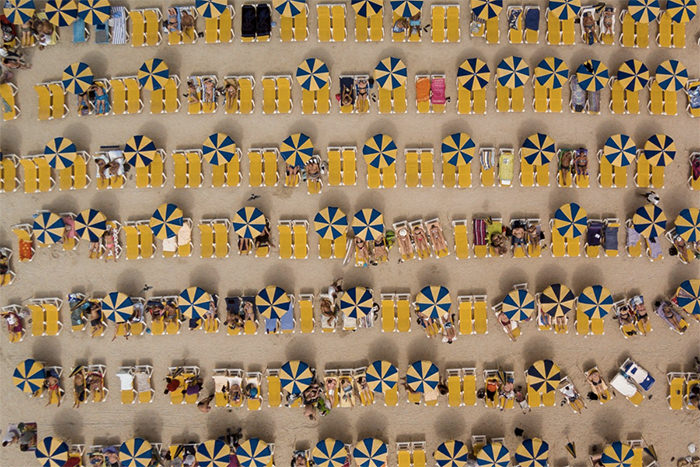 This photograph was taken in Gran Canaria, Spain during the summer. Capturing the hustle and bustle of the tourist season, the colors and patterns of the umbrellas and beach chairs almost look intentional. We definitely can feel the warm ocean breeze simply from looking at this photograph. 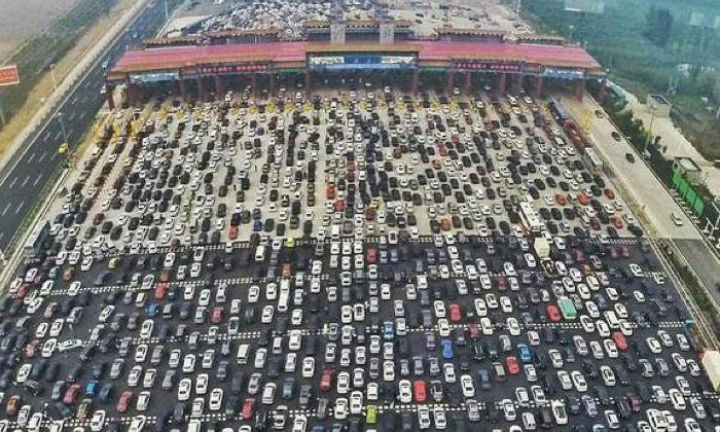 China is known for its horrible traffic. This photograph was taken by a drone during rush hour and shows the living hell it can be just trying to get home. This expressway has 50 lanes of traffic! And we thought Los Angeles was bad!

A Stunning View of a Dam 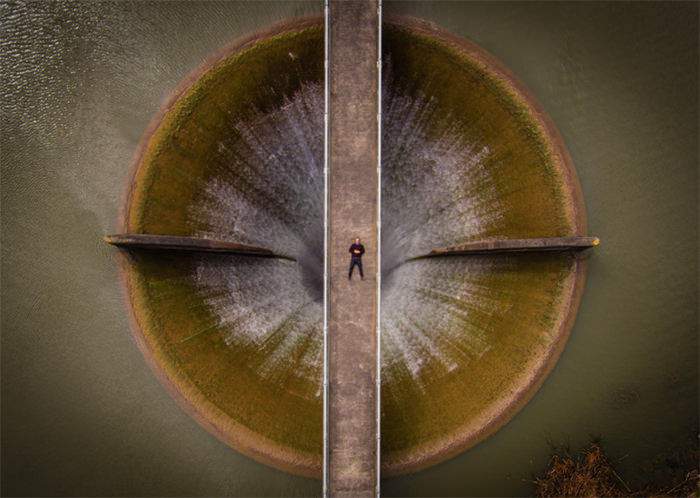 It’s amazing how this top-down view of this dam looks like a wall painting or work of art. The photographer stumbled upon it while he was out scouting locations and decided to lay down on the bridge and experiment with his drone. We’re impressed, aren’t you? 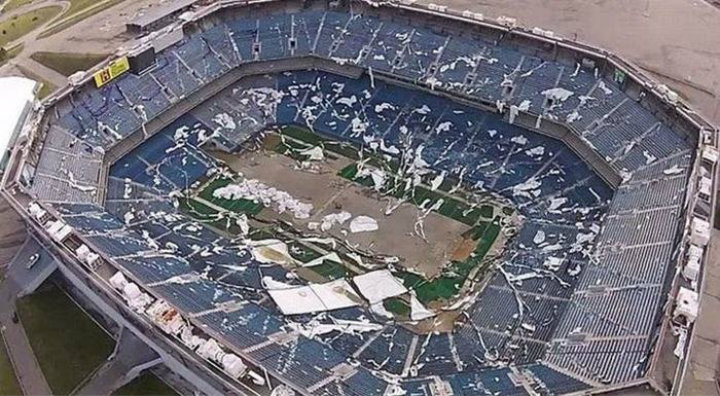 Once home to the Detroit Lions, the Silverdome has a long history of being the center of events. It hosted the pope, NBA finals and the Super Bowl! However, today, it is an abandoned monument of a time long past. It was purchased in 2009 with the hopes of turning it into a soccer arena, but as of today those plans have never come to fruition.

Life Among the Dead 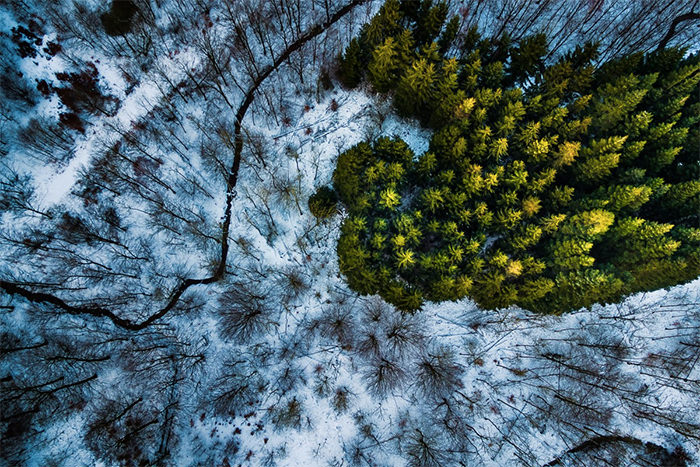 This gorgeous aerial shot was taken in the Kalbyris forest, which is located outside of Naestved, Denmark. A beautiful depiction of life among the frozen wasteland, one has to wonder why this cluster of pine trees managed to thrive during the harsh winter? 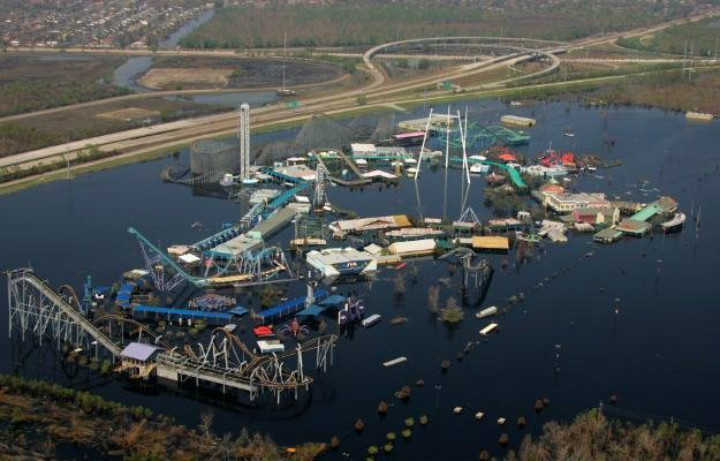 Two weeks after Hurricane Katrina struck New Orleans, this amazing drone shot was taken revealing the flooded Six Flags theme park. It is still abandoned to this day, but the site has been used for filming by a variety of production companies, Jurassic World being one in particular. Today, it’s a tragic reminder of the devastation Katrina brought to Louisiana in 2005. 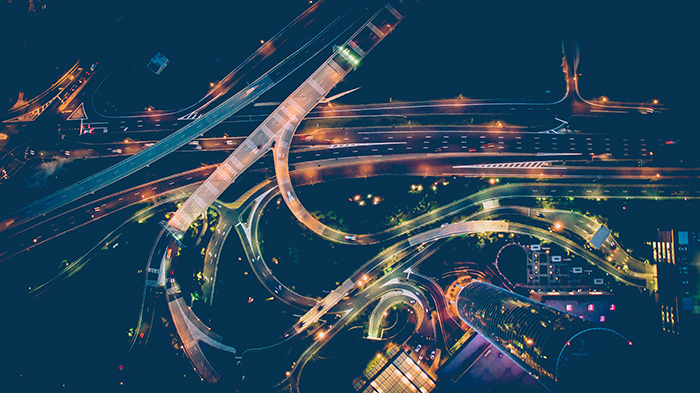 The vibrant lights contrasting with the dark of night makes for an incredible shot of Atlantic City. Who knew the city could be so stunning from this perspective? It’s simply incredible the heights that drones can reach to provide a new view on a place you thought you knew. 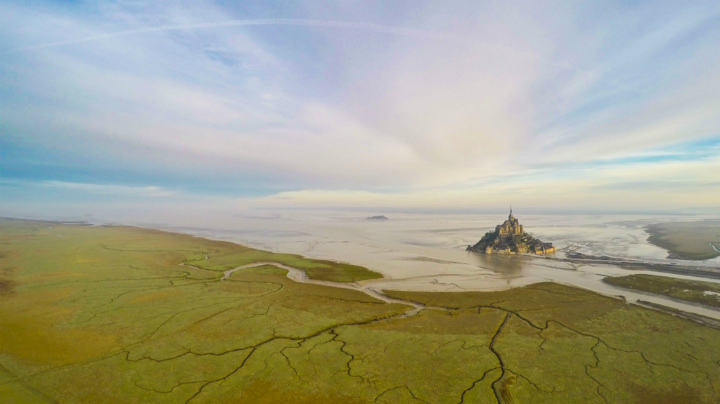 A stunning view of Mont Saint-Michel in France, this drone shot offers a unique perspective of this iconic landmark. Located in the Normandy region, over 3 million visitors travel to the site every year. Access to the area is determined by the tide, which made the abbey defensible to invaders during the 8th century.

Florida Fun in the Sun 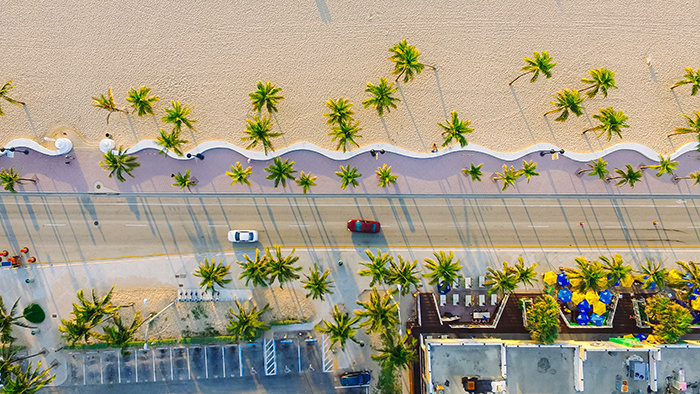 A gorgeous aerial view of Fort Lauderdale beach, this photo has been shared on social media numerous times due to its striking visuals. The lines separating the pavement from the promenade, to the rows of trees, create a pattern that looks like it was almost planned that way.

The Boneyard of Tuscon 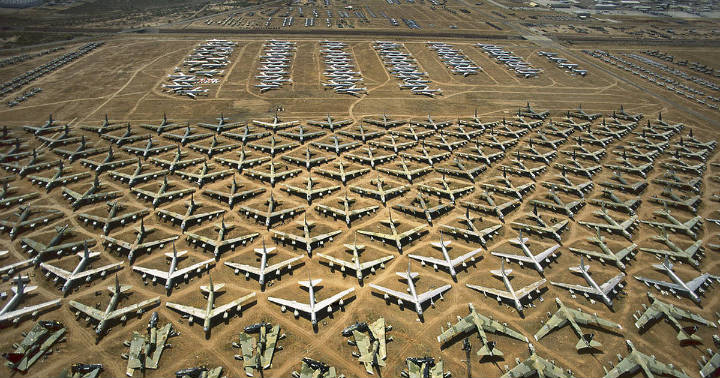 The “boneyard” is a storage and disposal facility located in Tucson, Arizona where old US fighter jets are placed after being decommissioned. It was built after World War II and it’s the only one of its kind in the entire world, with over 4,000 aircraft stored at the location. This aerial view of the boneyard certainly is an eye-opener. 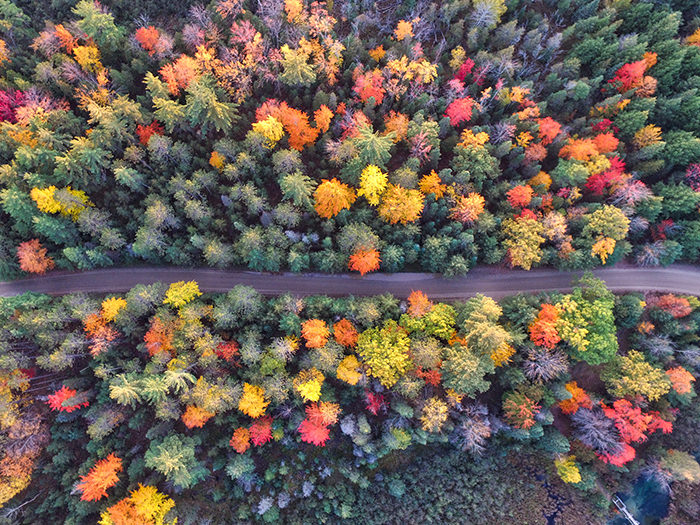 The colors of autumn are in full display this breathtaking photo, offering a bird’s eye view of Grayling, Michigan. From the bursts of yellows and read offsetting the last of summer green, this looks like it could be a creation of infamous painter Bob Ross. Drones are just amazing, right? 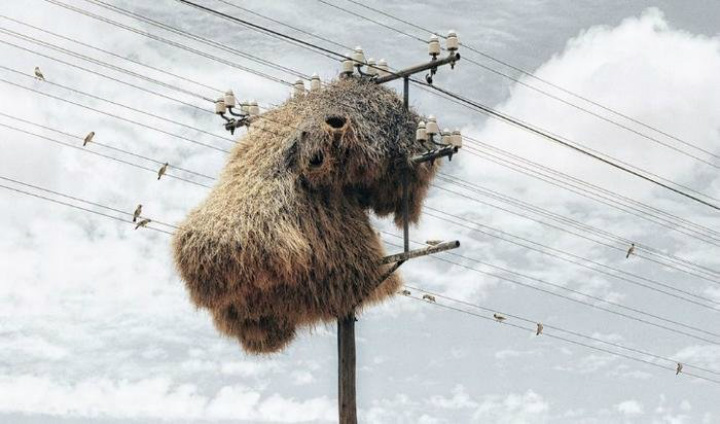 This may look like a terrifying animal, but it’s actually the largest bird’s nest in the world. The photograph was taken by a South African photographer with his drone. The nest is located in the Kalahari Desert and has become a site that has attracted a large swatch of tourists over the years. It’s pretty creepy, right?

A View from Above 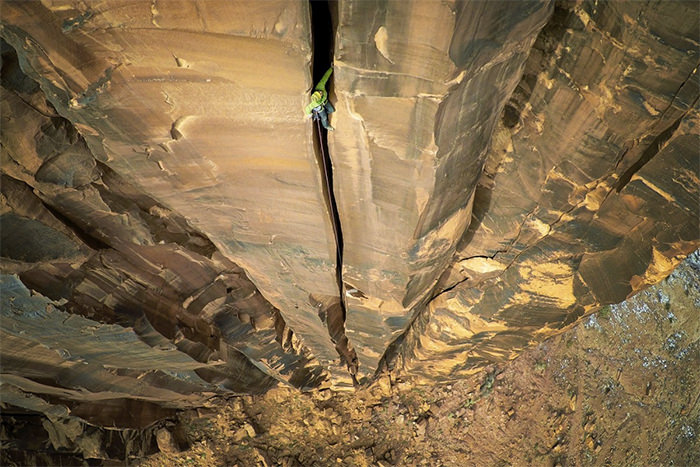 Rock climbing offers a rush of adrenaline like no other, for both the climber and the bystander. This terrific shot of Moab rock climbing from a bird’s-eye view definitely gets the heart racing. It also shows off the natural beauty of the world around us. The rock formations in this shot are spectacular. 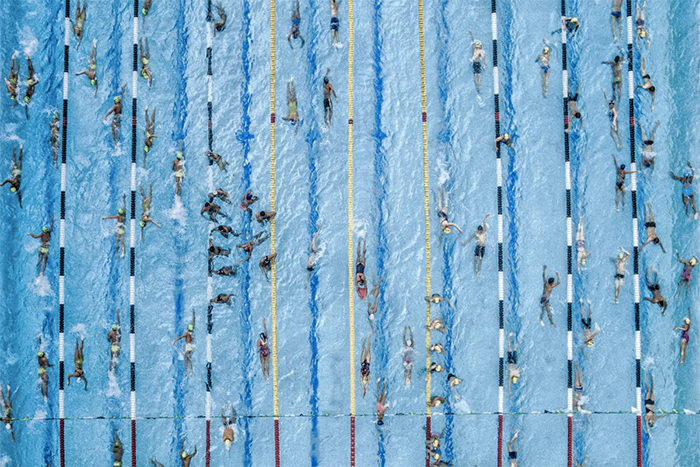 From the lines of the swim lanes to the sparkling blue of the pool, this shot of young swimmers training for a competition is like a work of art. A wonderful “in the action” moment frozen in time, it almost looks staged thanks to the symmetrical placement.

Staten Island’s boat graveyard used to be a salvage yard, but the project was abandoned, leaving an eerie scene straight from a horror movie behind. The project originated in the 1930s and the drone that took this photo perfectly captures a time that’s now long gone. Currently, there are 100 different fishing vessels left to rot in the murky waters, which has made it a popular spot for photo-snapping tourists. 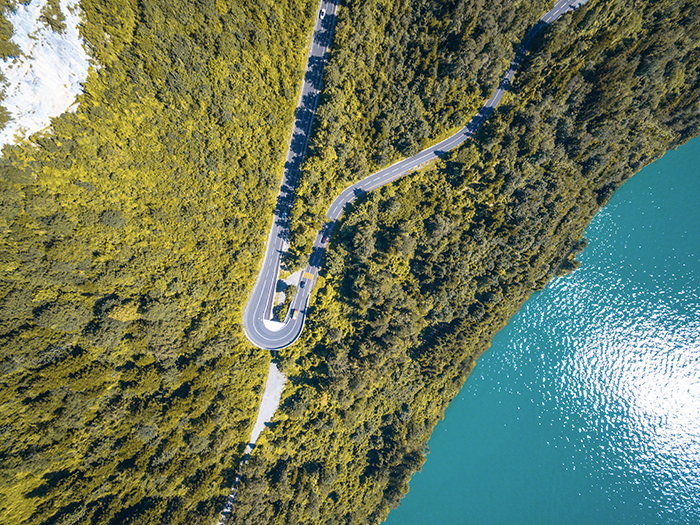 This may just be a simple curve in the road, but add in the cerulean water and rich, green forest and you have a photo that could hang in a gallery. Taken at Morschach, Switzerland it truly shows off the beauty of the landscape in that area. When can we book a one-way ticket?