Everything You Didn’t Know About the Amish 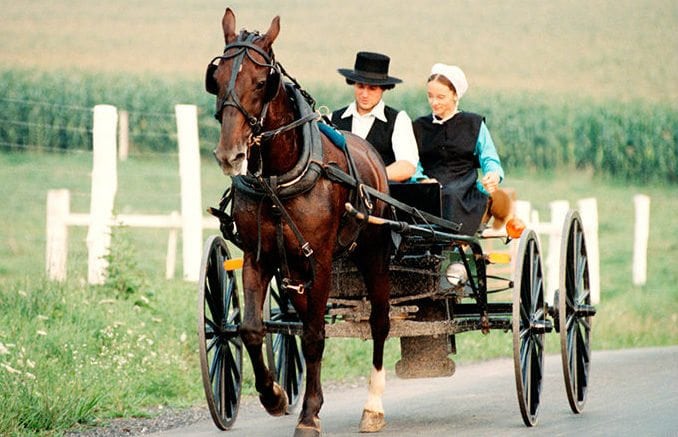 To many, the Amish are a group of individuals willingly stuck in a particular time period. They isolate themselves from the modern conveniences of life, and are well known for their craftsmanship. Plenty of arguments can be made in favor of their lifestyle. A slower paced life that is more connected to their own beliefs and talents, has led to a more stress-free lifestyle. On top of that, they have embraced the modern world in surprising ways that many may have seen in different forms of media. The truth of their lifestyle is still something of a mystery to most, so read on to learn about some of the most interesting facts about the Amish and their way of life. 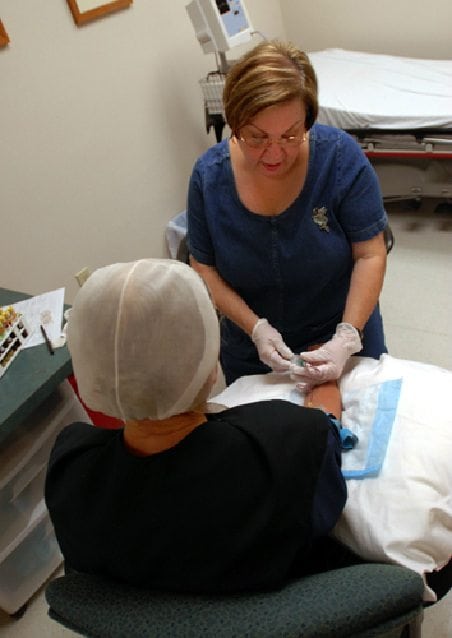 You wouldn’t be faulted for thinking that medical care is archaic by today’s standards for the Amish. With other religions having strict rules about medical care, it seems to be common sense that the Amish would stick to the medicine of the past, and dodge the constant breakthroughs we see today. That isn’t the case though. While they don’t use technology, they do allow others to use it as they seek medical care.

The Origin of “Amish” 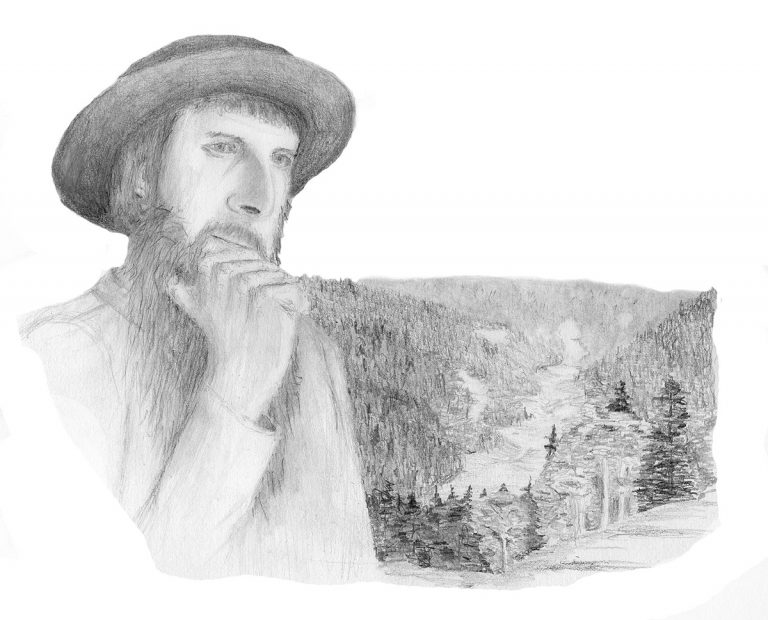 Jakob Ammann was a Swiss Anabaptist that caused a divide with the European Mennonites and mainstream Protestants. His philosophy made him a leader for religious followers through his teachings of living a simple life, following the bible as it was intended, and loving the community.

Electricity, or the Lack Thereof 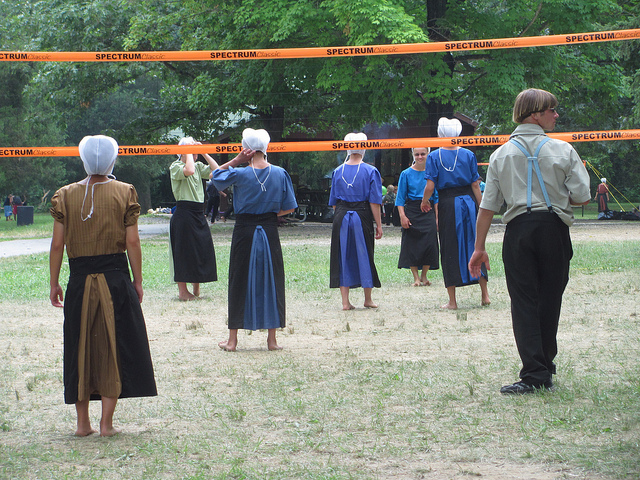 While the Amish use almost no electricity in their daily life, it is allowed when deemed necessary. This could be used for emergencies, or specific jobs that can not be done without. The main reason they avoid the use of electricity and technology is because of Gelassenheit, or “letting be” in German, which says the world should be treated as God created it.

All Outsiders are the Same 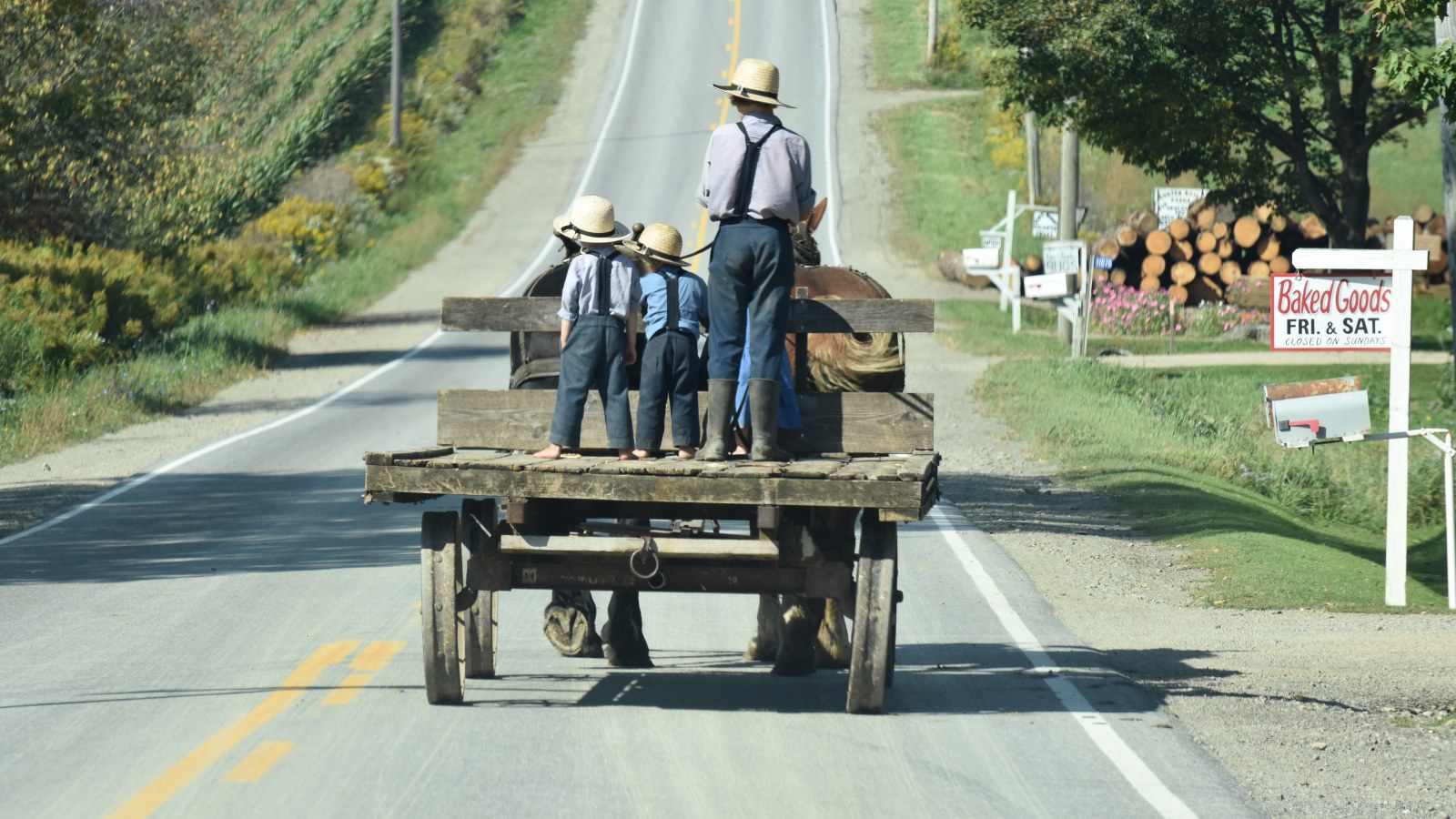 For the Amish, anyone that isn’t part of their culture is considered English. This harkens back to the immigration patterns from early in their formation and since the Amish stick to their customs, they continue to refer to anyone from the outside as the English. 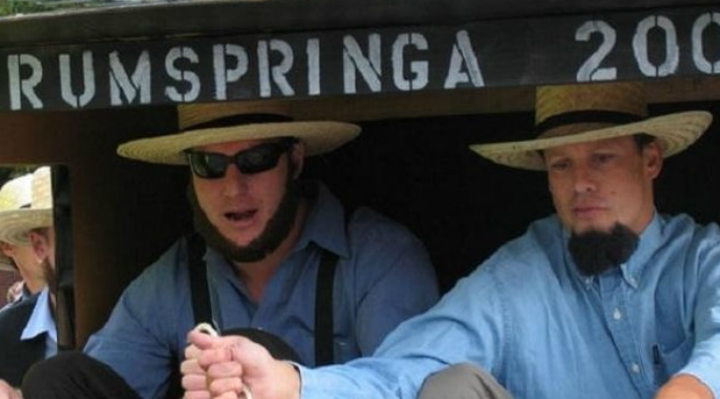 The Amish are not a completely closed community. From 14 to 18, teens are allowed to experience the English life since their baptism comes shortly after and will put them fully into the Amish lifestyle. This allows the teen to see what the outside world is like and make the decision if it is something they wish to give up. It is a big choice, but the Amish want to ensure that when someone joins the Amish way of life they are doing it of their own volition. 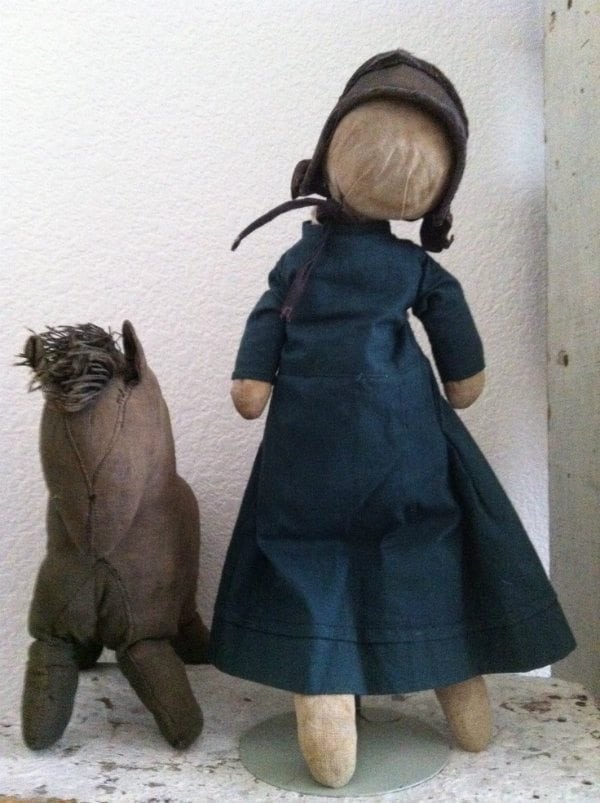 Kids have to have toys to play with. That is how things have been since the dawn of time. Ranging from sticks to video games, and everything in between, toys have always been a way for kids to learn lessons through play. For the Amish children, the toys are what you would expect. Fairly simple and meant to teach a lesson. Dolls are a big part of the culture. Handmade and generally without faces, the lesson here is that appearance doesn’t matter. 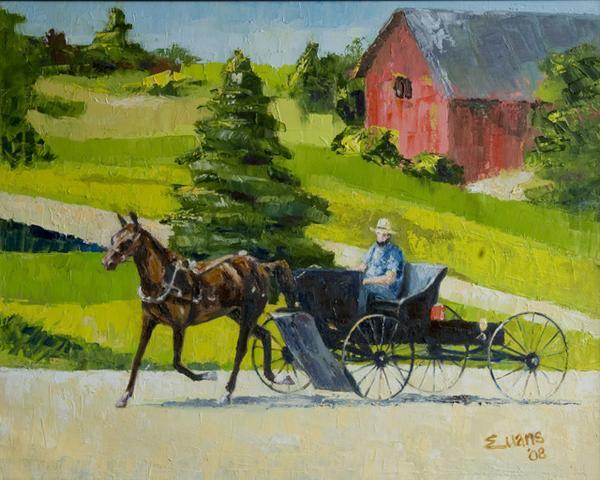 For the Amish, recording memories is done mentally. As photographs are too technological, the only images we have are from outsiders. The interesting thing is they also don’t paint. The idea is that when a loved one passes on, they consider any images graven and they are not allowed within the community. Instead, they remember their friends and family through mental imagery.

Sleeping Together Before Marriage 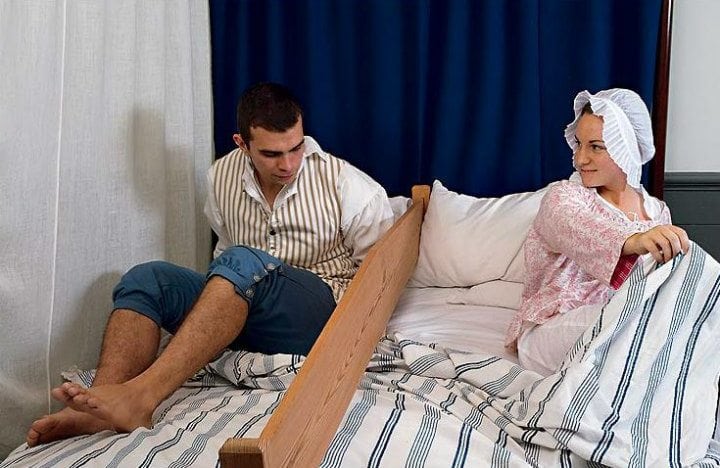 It may seem counter-intuitive that those currently in a courtship would sleep together before they are married, but there is a solid reason to this process, which seems to be the way of the Amish. While the couple doesn’t actually sleep together in the traditional sense, they do share a bed which is called bundling. The two spend one night, fully clothed, separated but in the same bed side by side staying up all night talking. The idea behind bundling is to strengthen the bond between the couple as they move towards marriage. 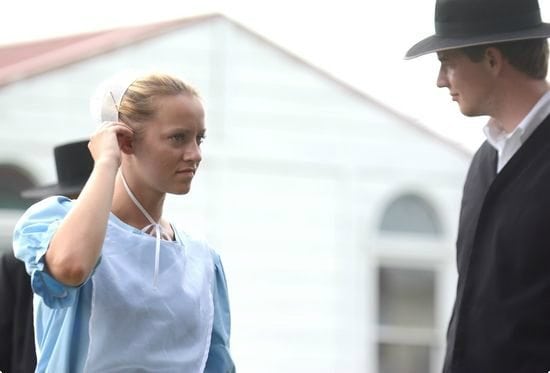 For the Amish, dating is just one step towards eventual marriage and a strengthening of the community. The rules are strict though; dating can only occur after both parties are baptized into the Amish faith and all dating must be done in public.

Love is Determined by Free Will 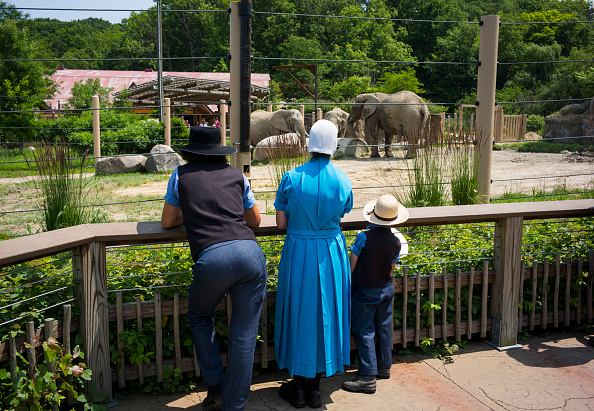 While you may have a picture of a traditional, somewhat archaic, version of life when it comes to the Amish faith, you would be mistaken in thinking that finding the perfect partner is any different in your world. There are no arranged marriages and Amish youth find love in the same way.

The Church Must Bless an Engagement

While the Amish people are free to choose who they date and fall in love with, the church must bless an engagement. Dating moves pretty fast within Amish society, so the engagement comes fairly fast. Once a man proposes, the couple must get approval from the church before things move forward. Once they are blessed, the marriage announcement is usually sent out with the town’s newsletter. 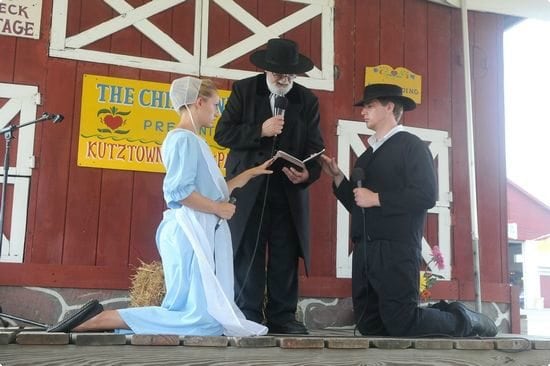 In today’s society weddings can be pretty extravagant. That isn’t the case with the Amish. There is no high end jewelry as part of the proposal as it is too much of a sign of vanity, and no jewelry or makeup are worn during the wedding. The wedding can take hours, but it is more of the ceremony and celebration than anything else, and marriages generally happen during the fall. 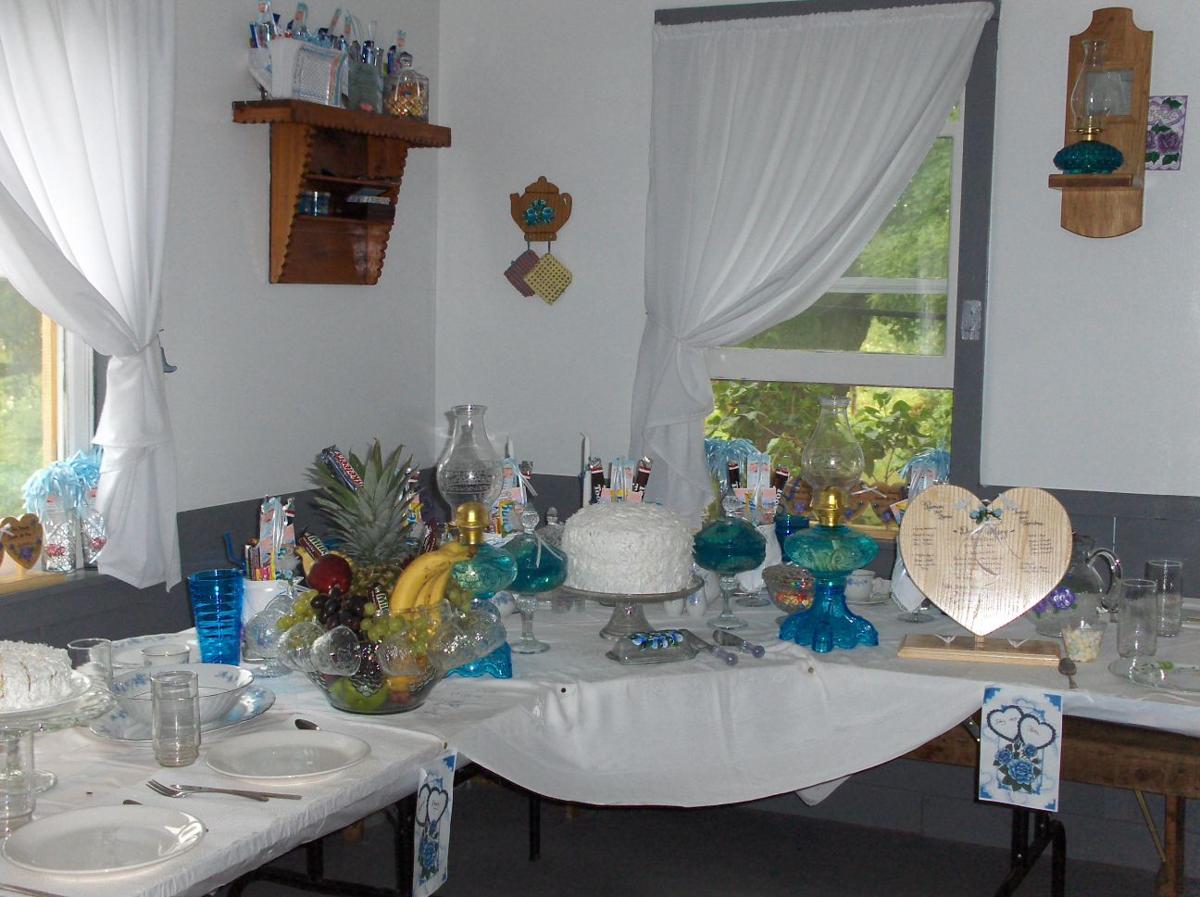 We may think of far off destinations for our honeymoons, but not the Amish. Tradition states that the honeymoon is held at the bride’s parents’ house, which allows the couple to start their marriage by cleaning the house as a sign of gratitude. After the first day, they will spend the following days visiting family as husband and wife. If they do not own a house yet, they will stay with the bride’s parents until they have one of their own. 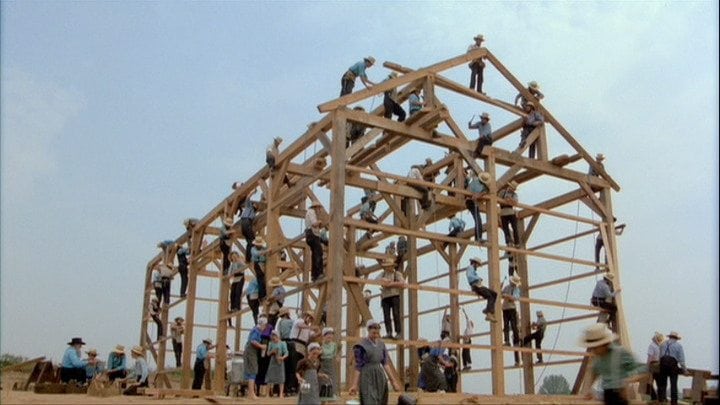 One thing the Amish are well known for is their craftsmanship. Barn building is a community experience and something that happens frequently. This carries over to all types of buildings, but the barn raising is the most well-known talent in pop culture and it is a way for the community to show their selflessness and to help others that are in need.

The Languages of the Amish 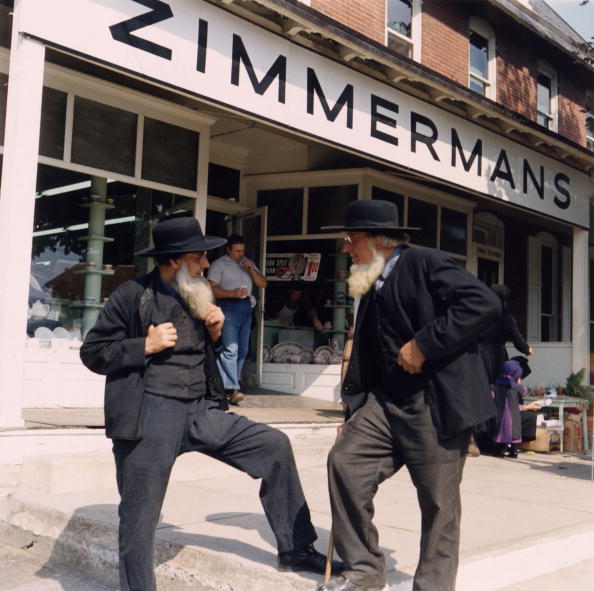 The Amish may seem a simple people, which they are; at least in the way in which they live. Don’t let that fool you into thinking they are simple minded though. They are well mannered and intelligent. Speaking three languages, is rare in the U.S., but the norm for the Amish living in America. They speak German, which is their native language, English, and Pennsylvania Dutch. German is the main language and church services are held in the native tongue. 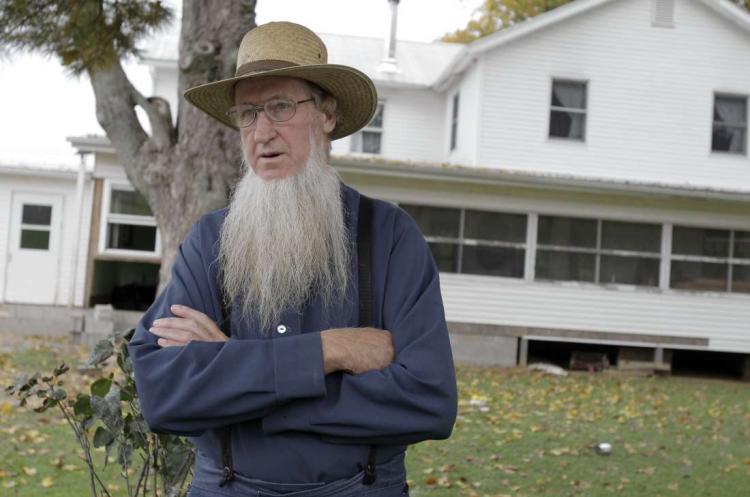 While the Amish are not immune to disease, or even cancer, their lifestyle has been proven to decrease the chances of serious illness and cancer. This may be attributed to the fact that they eat only food they grow themselves and there is no smoking or drinking in their communities. On top of that, daily hard work helps keep their bodies healthy for a long time. Their low cancer rates are no miracle, it is just common sense on how a healthy life can reduce the chances of many of the illnesses that plague modern society. 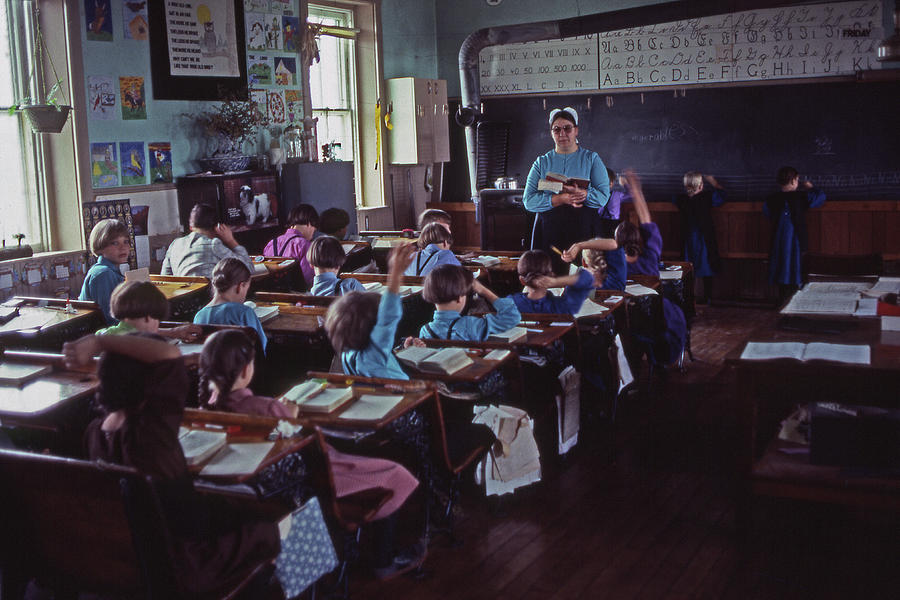 Amish children complete their schooling in the 8th grade. Men should have chosen a profession at this point and the women generally become housekeepers. For the Amish, higher education isn’t important to their society, so they are only in school until they have learned the necessary information for their lives. They may not be book smart by today’s standards, but they know how to live a good clean lifestyle, and they are required to do so.

The Book of Rules 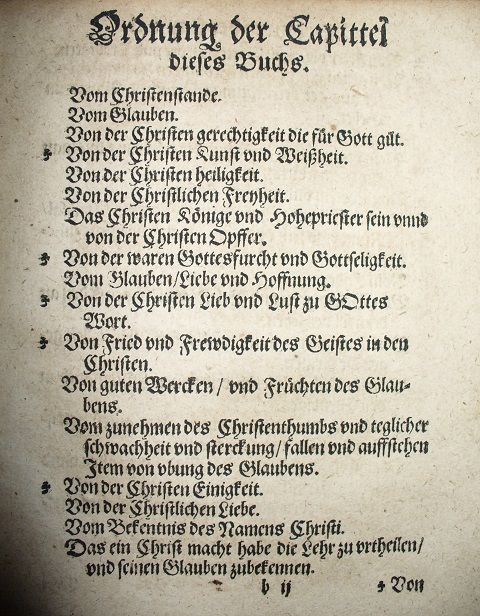 The Amish live by the Ordnung, which is a guidebook for what is allowed and what is prohibited in Amish religion and culture. It is a very serious book and discipline comes to those that break the rules. The punishment varies based on the severity of the offense, but this is one of the most important texts in Amish culture, second only to the Bible. 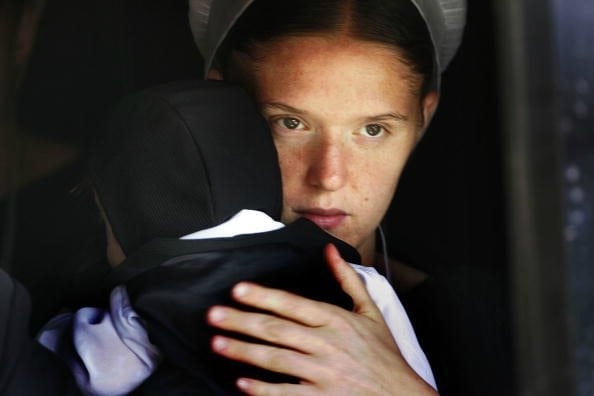 The Amish are fairly permissive in how individuals live their lives, but when they break specific codes, they are banished from society for a short time. Essentially, sending your child to their room for acting up. After the time, which is used to reflect on their mistakes, they are welcomed back to the community. 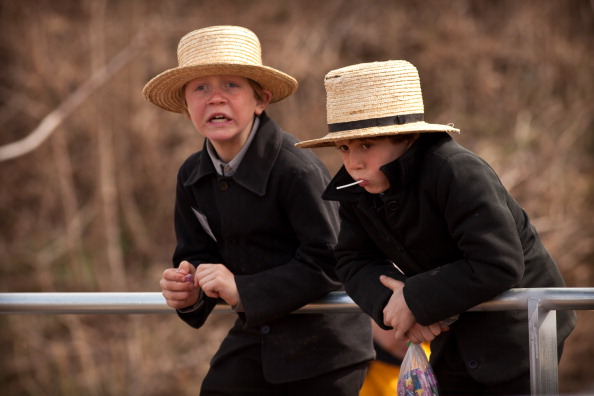 As it is with all communities, a simple time-out is not always enough to fit the act. For the most serious offenders, Bann, or permanent excommunication is the punishment. Once put to the Bann, the offender is treated as an outsider. The Bann is not always permanent, but it can last for a long period of time as the individual comes to an understanding of what they have done and is able to apologize when they are welcomed back to the community.