Hurricane Florence was a powerful Cape Verde hurricane that lasted for a while, in turn causing severe and extensive damage in the Carolinas in September 2018. It devastated many people and left tons without homes. However, another issue at hand was the amount of abandoned dogs and cats that had nowhere to go! Well, one amazing hero decided to take the issue at hand and rescue these animals in the most selfless way. 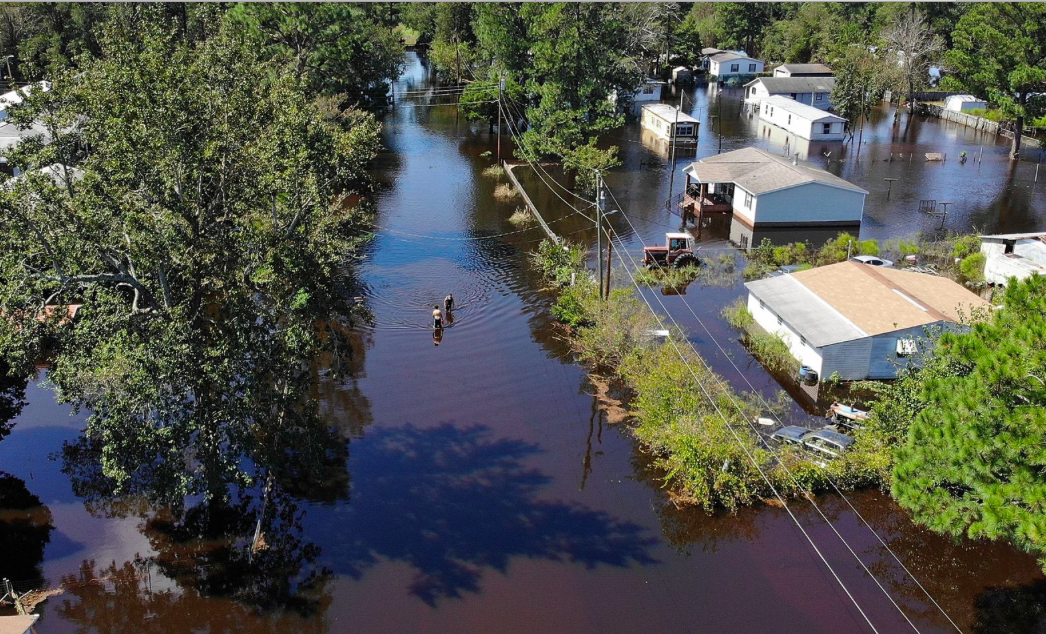 Hurricane Florence was a very strong and destructive Atlantic hurricane that hit the Carolina in the United States. The winds and flooding caused by the hurricane left behind chaos and destructive to everyone in the area. It’s been tough for all of the residents. 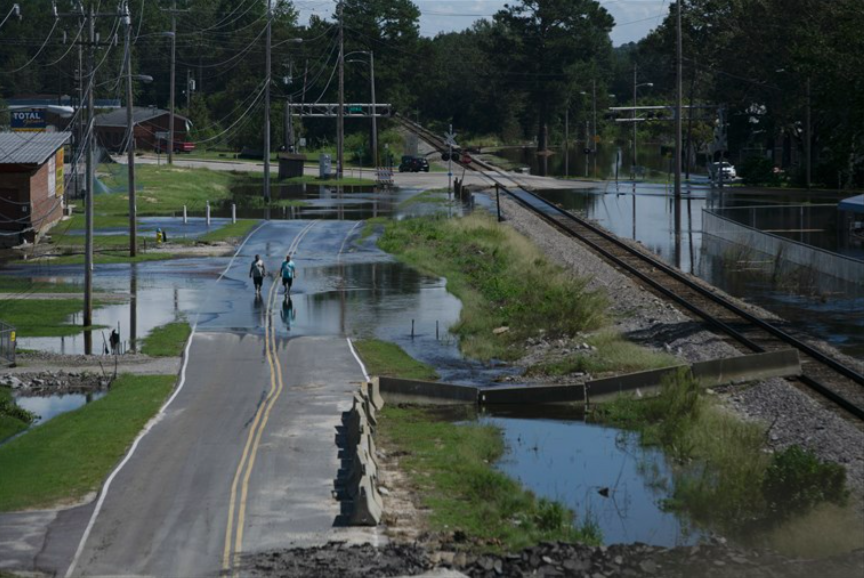 Many people’s homes were destroyed as a result of the hurricane. People are still regrouping and getting things back on track now that the hurricane has passed. However, there is still a lot that needs to be done. 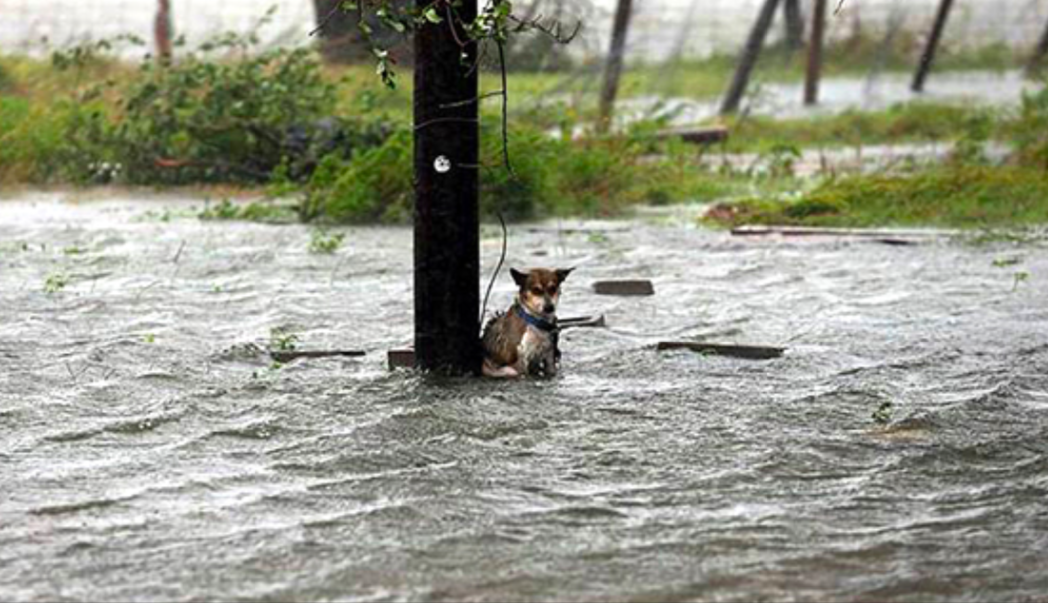 However, there are those that don’t happen to have a voice during a destructive force of nature like Hurricane Florence. These happen to be the various abandoned animals that were caught up in the middle of the storm. Many of these animals have been left stranded with no way of escaping. 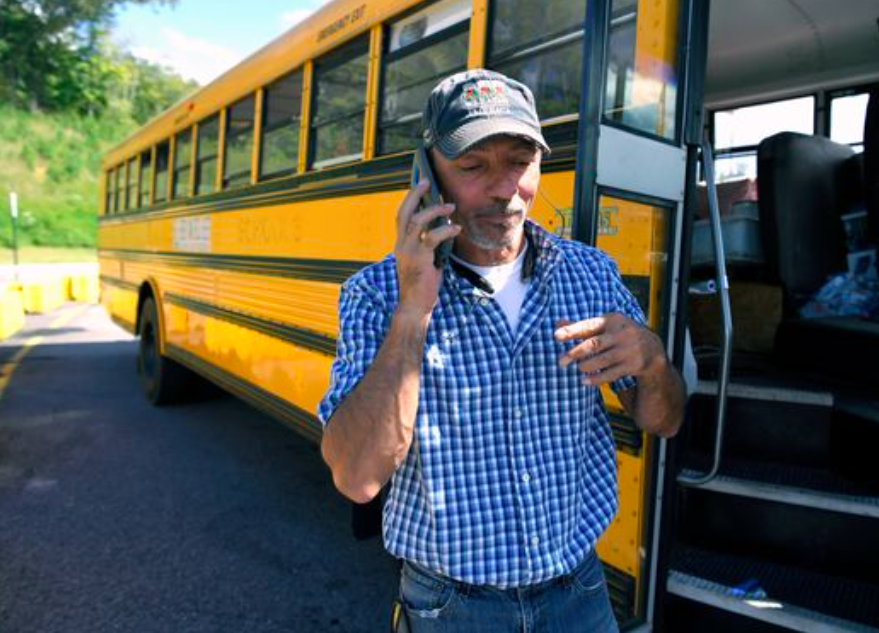 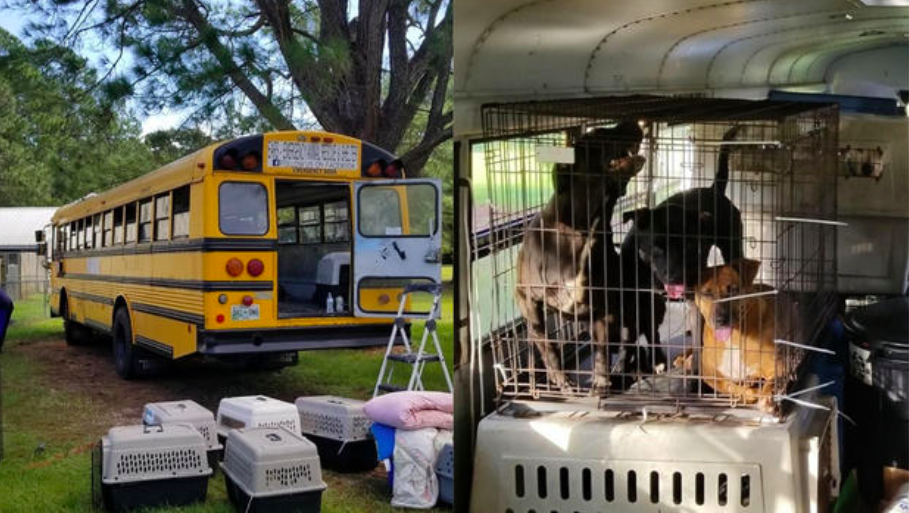 For those of us who have ridden the school bus to school, you’ll remember just how big and spacious they are. Well, our hero decided to buy a school bus and begin transporting animals in it. So who is our hero and where did he come from?! 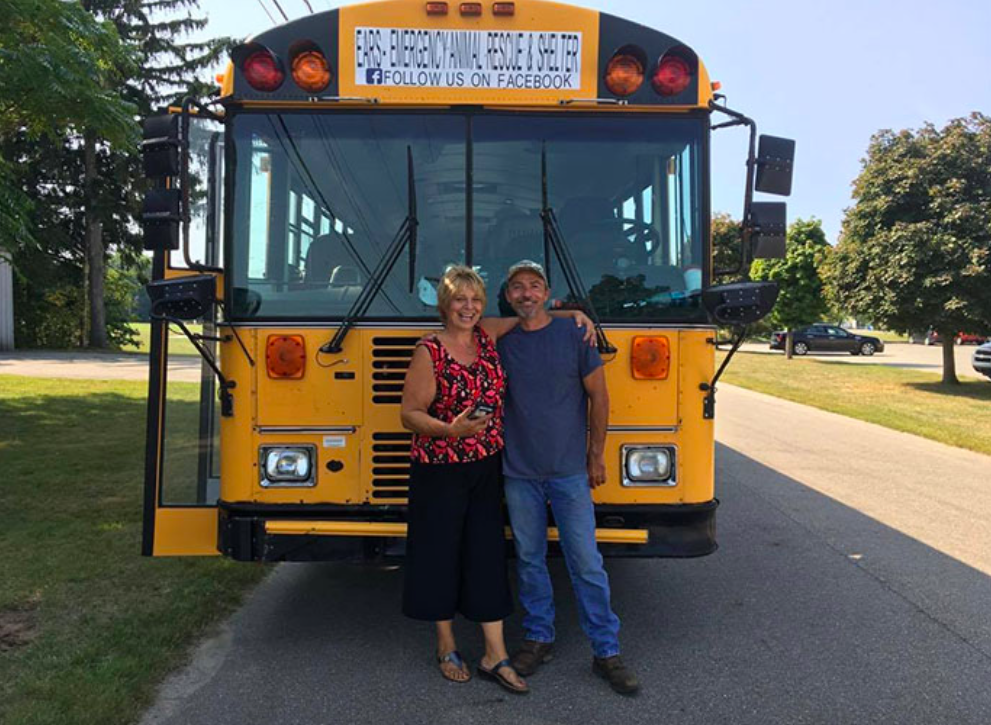 Our hero happens to be 51-year-old Tennessean Tony Alsup. Tony has purchased a school bus that now has a sign on it that says: “EMERGENCY ANIMAL SHELTER.” Tony decided to travel all the way from Tennessee to the Carolinas to rescue animals. 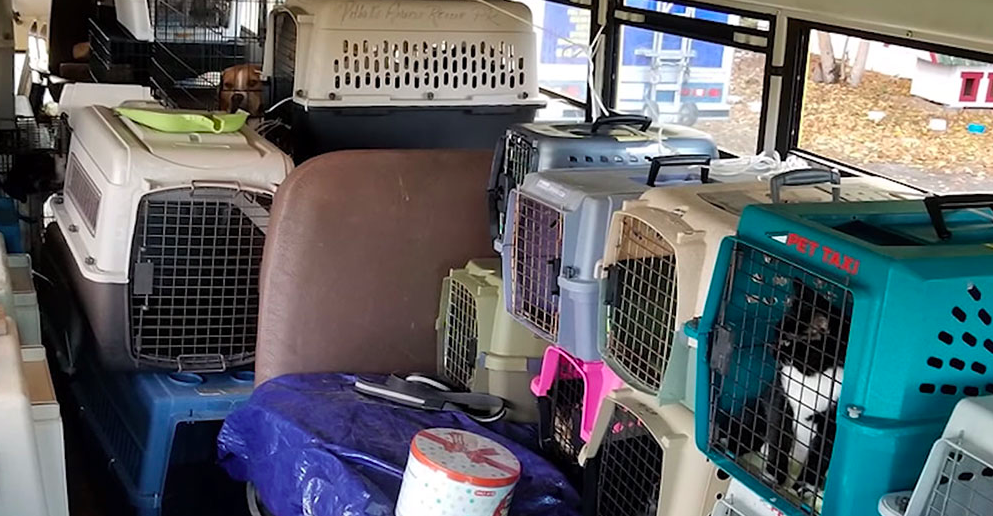 Inside of his ‘magic’ school bus, Tony transports animals that he finds on the streets. He has stated that making sure that the animals are safe and taken care of is his job. But, how did he happen to get this job?! 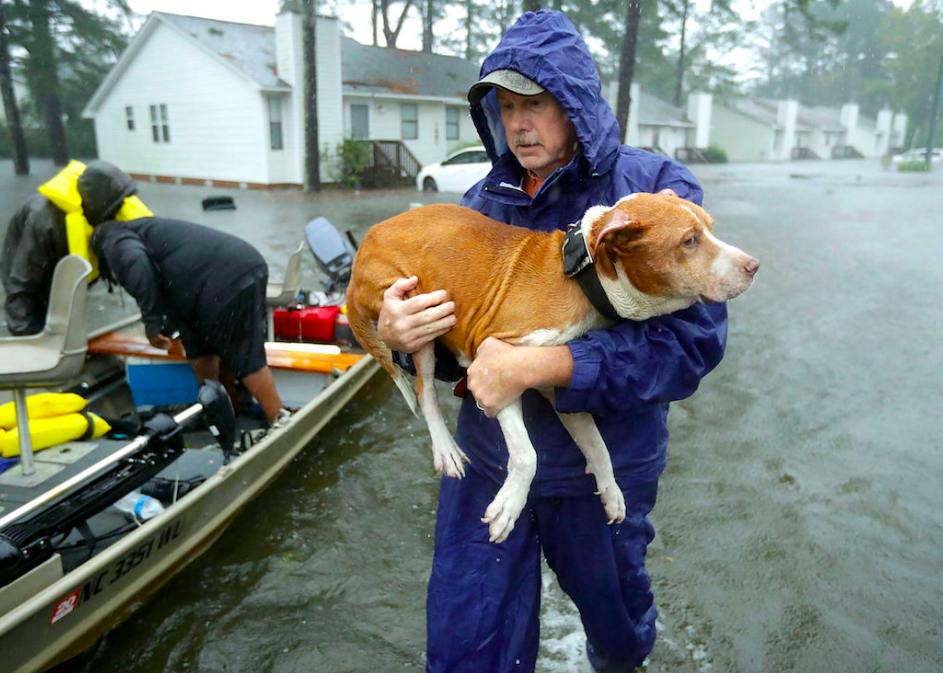 Believe it or not, but this isn’t the first animal rescue operation that Tony has been a part of. He has actually helped transport animals during Hurricanes Irma and Maria, the Washington Post reports. The Washington Post then reported on how many animals he managed to rescue during Florence and the number is incredible… 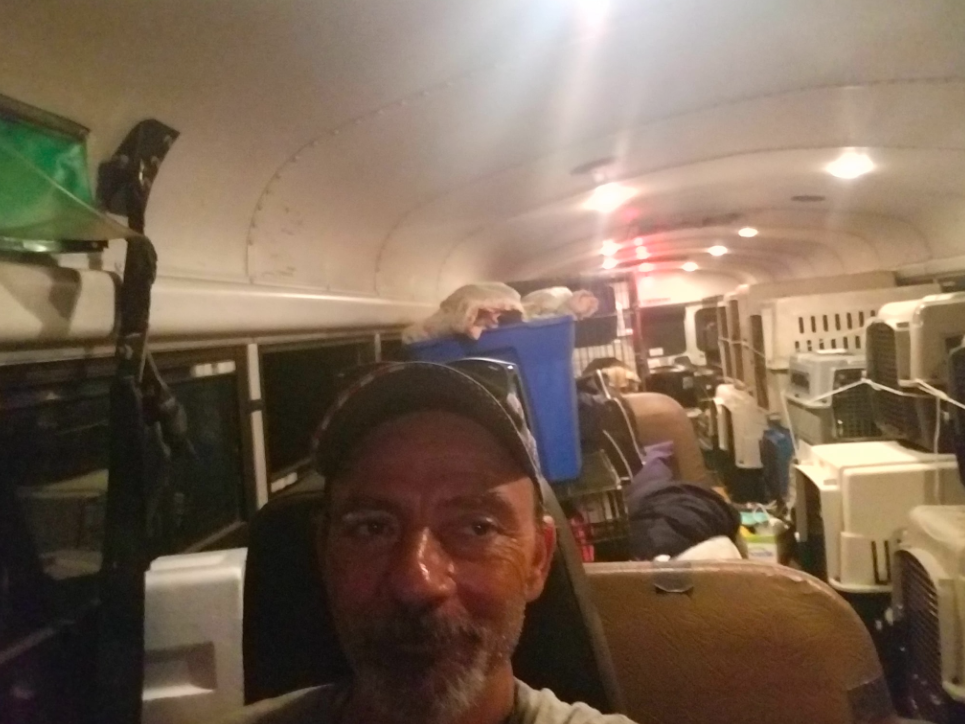 According to The Washington Post, “while Florence rained down on the East Coast, he saved 53 dogs and 11 cats from flooded shelters around South Carolina.” Tony managed to save tons of helpless animals from the disaster that was Hurricane Florence.  He then posted about the situation on Facebook. 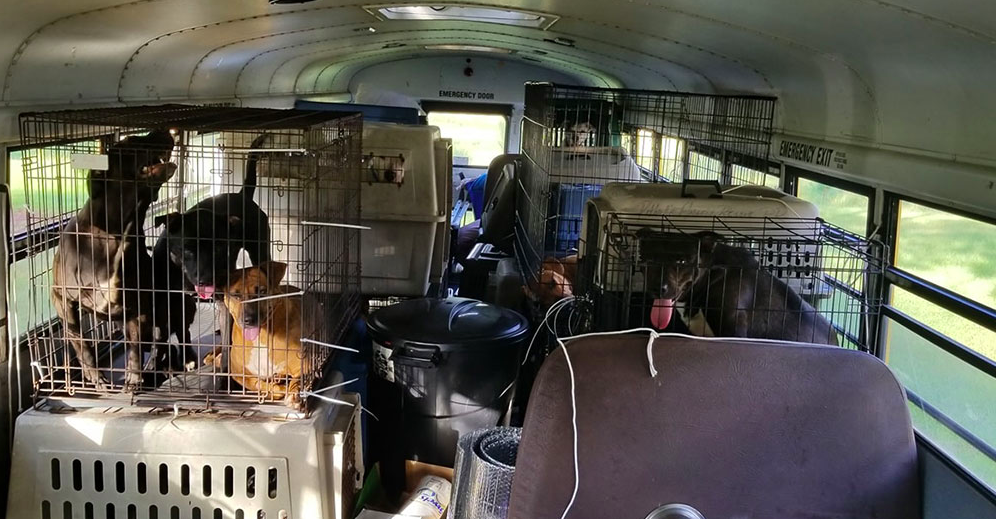 “So it begins,” Alsup posted to Facebook on Sept. 11, when he received an emergency evacuation notice on his phone. “I’m absolutely amazed at the cooperation taking place with the animal rescue groups and individuals. North Myrtle Beach and Myrtle Beach shelters will be cleared tonight. Volunteers are stepping up and reaching out to receive new pets from all over the country. Let’s keep it up. NO ONE LEFT BEHIND.” 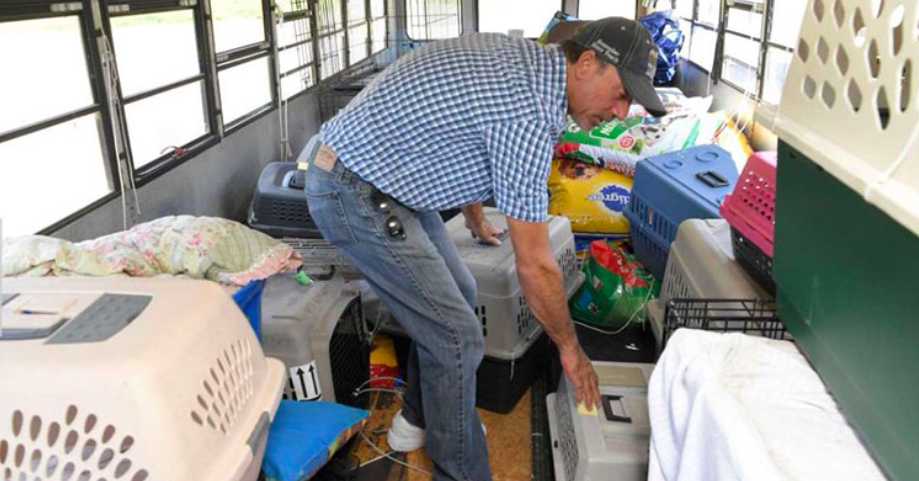 Tony is both compassionate and determined when it comes to rescuing animals from natural disasters. He absolutely refuses to leave any animal behind and he lives by that motto. In fact, those that know Tony have commended him on his valiance. 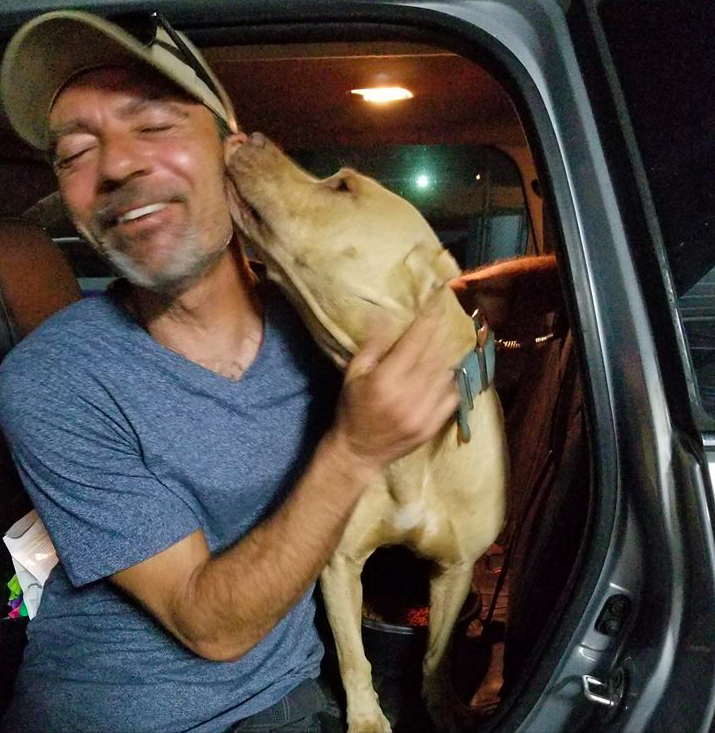 In just 48 hours, Tony was able to stop at all of the major shelters in the area and scoop up all of the animals that were there. He made stops at the Humane Society of North Myrtle Beach, the Dillon County Animal Shelter, a shelter in Orangeburg, and the Saint Frances Animal Center. 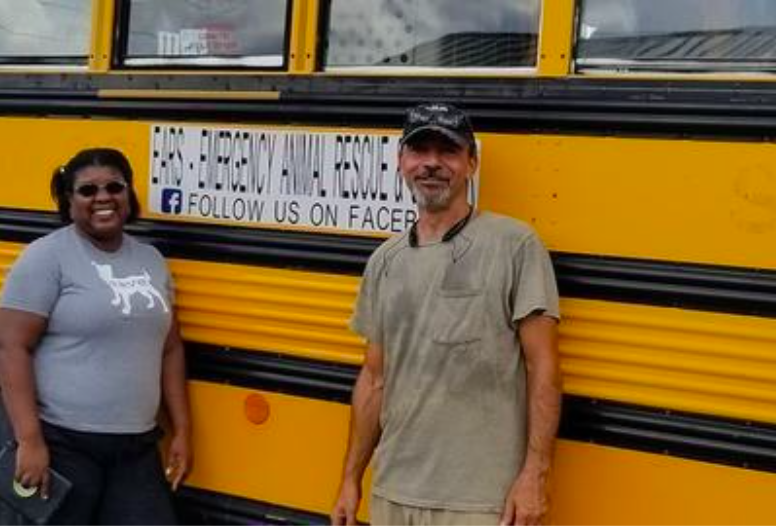 “It’s all true,” the Saint Frances Animal Center posted to Facebook. “Tony swooped in at 4am Wednesday morning to pick up our ‘leftovers’ — the dogs with blocky heads, the ones with heartworm. The ones no one else will ever take. And he got them to safety. Not the most conventional evacuation, but surely the one with the most heart.” 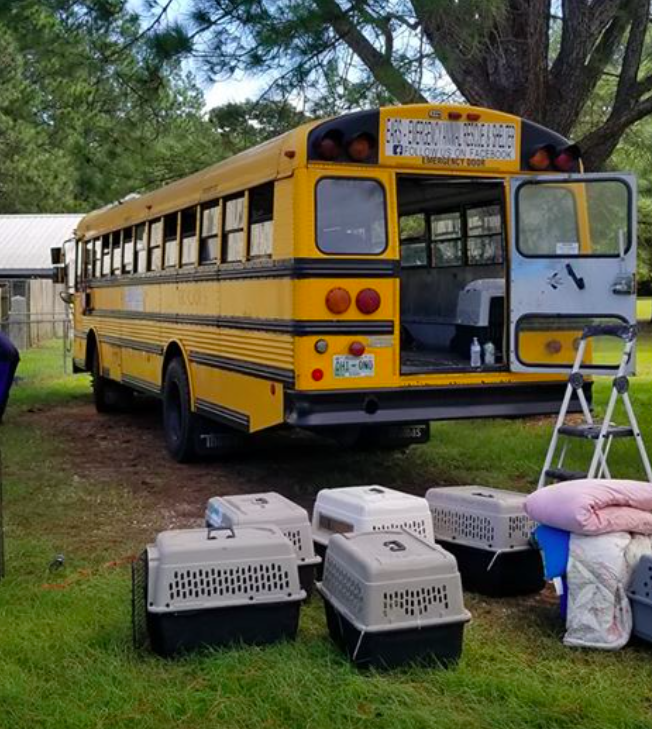 So what did Tony do once had collected all of the animals on his school bus ‘ark’? Well, he knew that he had to get away from the Carolinas and leave the storm behind. So he began to drive toward Alabama. 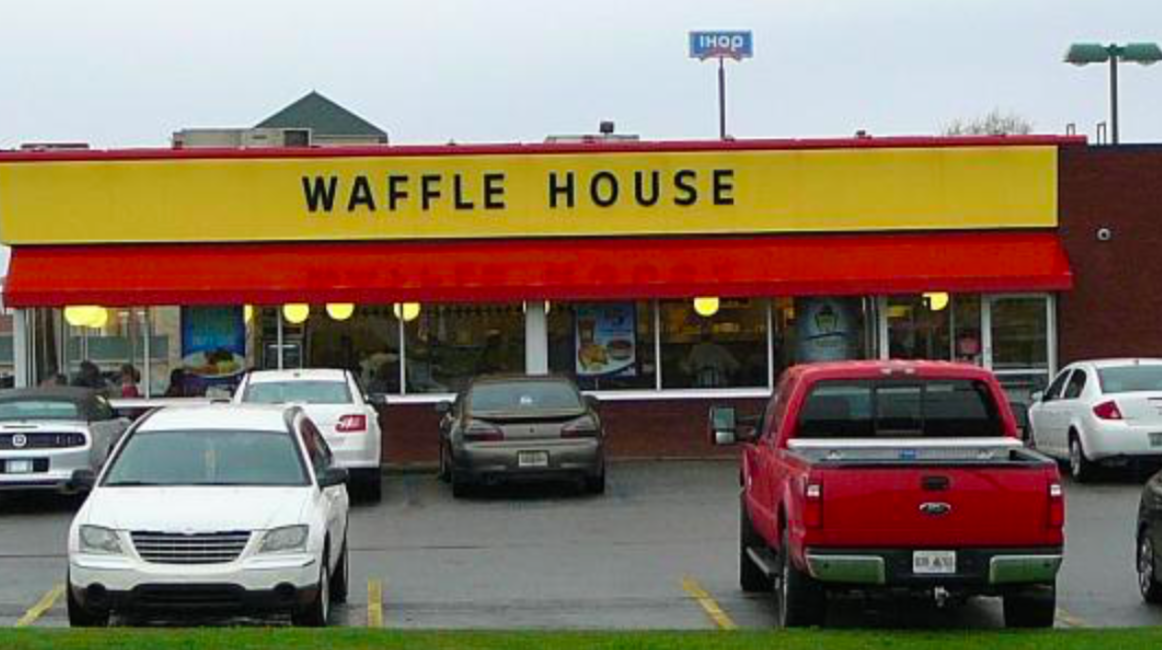 However, Tony didn’t drive the whole way over to Alabama. After all, it was a pretty long drive and the effort of collecting all of the animals was pretty tough. So Tony decided to make a pit stop at Waffle House before heading back on the road with all of the animals.

“I’m like, look, these are lives too,” he told The Washington Post while enjoying his breakfast of waffles and grits. “Animals — especially shelter pets — they always have to take the back seat of the bus. But I’ll give them their own bus. If I have to I’ll pay for all the fuel, or even a boat, to get these dogs out of there.”

Tony first purchased the school bus back in the fall of 2017. During this time, Hurricane Harvey was ripping apart Southeast Texas. It was during this hurricane that Tony knew his calling was to help all of the animals that needed it the most. 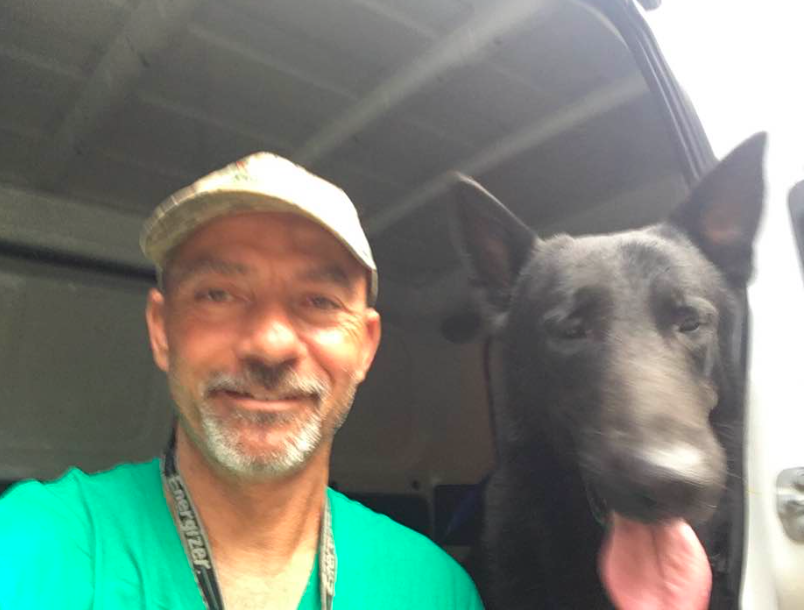 Ever since Hurricane Harvey, Tony has been on high alert. He is constantly watching out for any news of natural disasters that would require his help. He is always more than willing to head out and help animals that need it most. 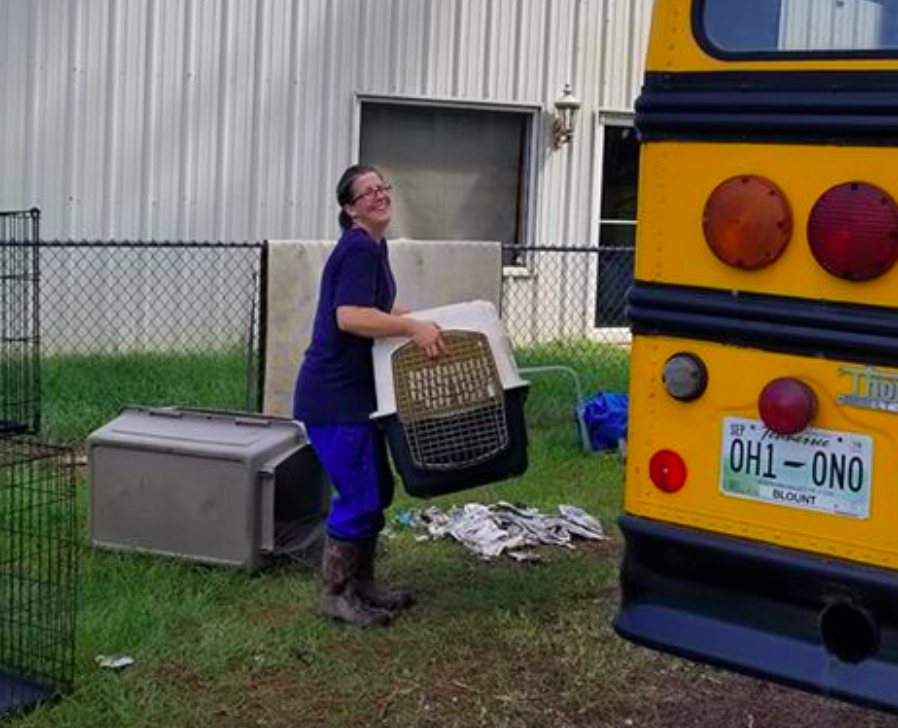 The animals that were rescued by Tony were then transported to Foley, Ala., where his friend Angela Eib-Maddux runs a shelter. Once they were at the shelter, the animals were bathed, fed, and were cared for properly. The shelter has given them a place to be until they can be put into a foster home or adopted. 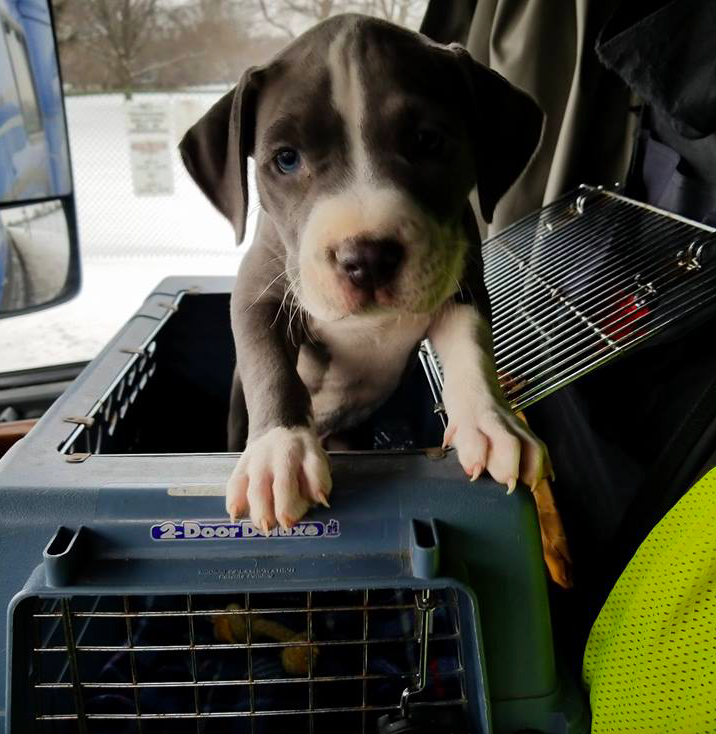 Tony and Angela both put out posts about all of the animals at the Alabama shelter waiting to be adopted. Many people soon headed in to take a look and were more than happy to adopt the animals that were rescued from the storm! It seems that Tony’s heroic efforts have paid off well.