Confused Lionesses Think The Toddler Dressed Up In A Fur Hood Is Their Own Cub, Demands Him Back From His Mother

Lions are famous for their protectiveness with their cubs. No one is advised to stand between a lioness and her babies. However, lions sometimes become protective over other animal babies. That’s what happened at  Utah’s Hogle Zoo. Only the animal turned out to be a human toddler! 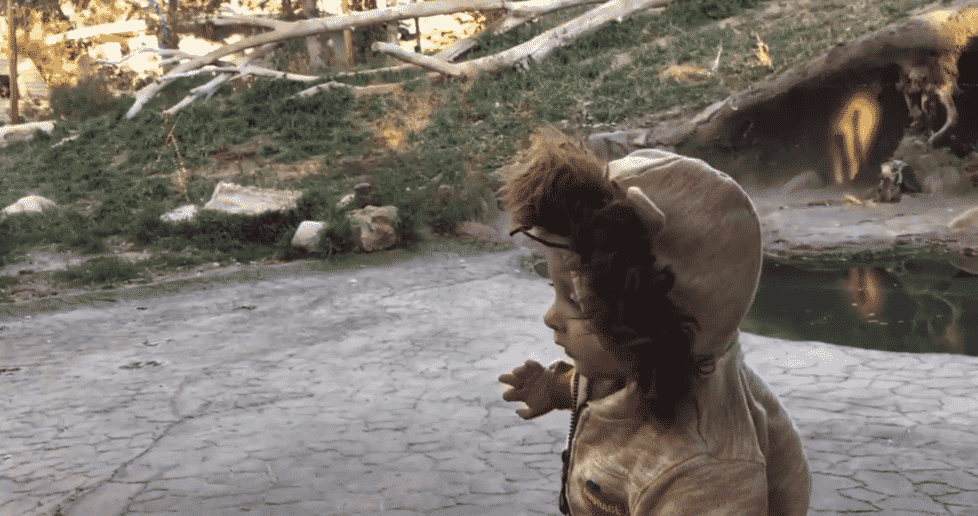 This mother dressed her cute little toddler in a very special sweater for his first visit to the Zoo in Salt Lake City. This adorable outfit is inspired by a lion. It has a hood with fur and ears, plus little claws near the hands. The toddler looks just like Simba himself!

According to these two lionesses, the baby looked a little too much like Simba! Wait until you see what happens when the two lionesses notice the baby from afar. The Utah Zoo surely had a brief moment of panic! 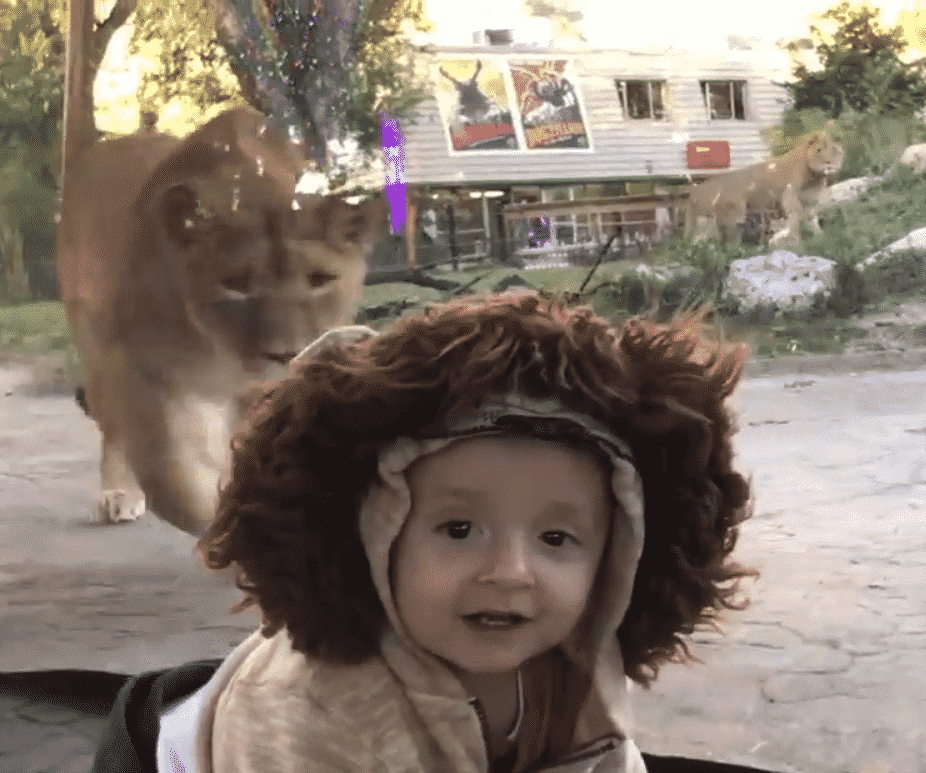 The first lioness was minding her own business on the day the toddler and his mother arrived at the zoo. Then the lioness started to survey the crowd. Suddenly, she noticed the toddler and springs into action. 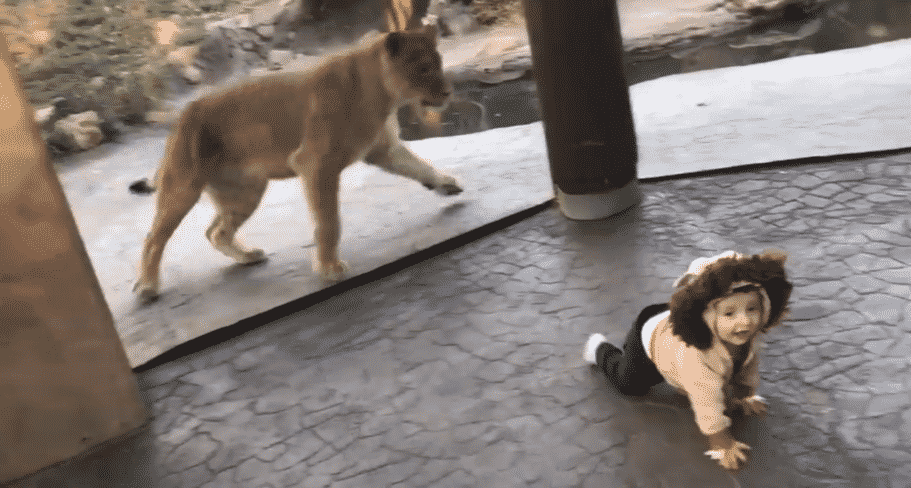 The lioness ran toward the fence line where the toddler was standing. The toddler was enraptured with the mama lion. But she was entranced with him, too! She needed to meet with him face to face. But why?? 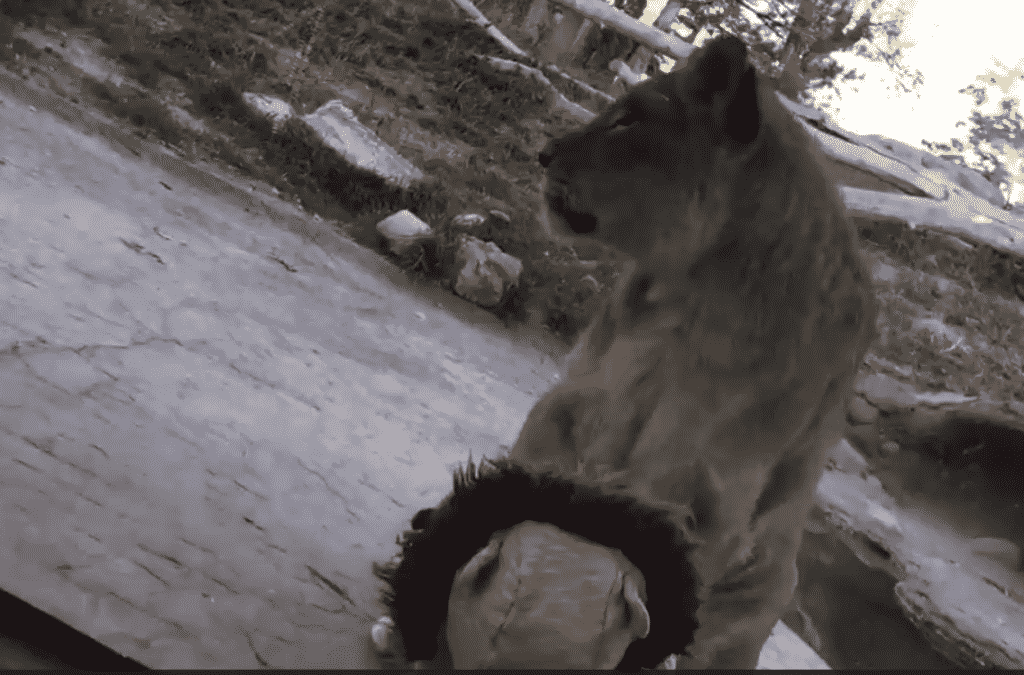 Thankfully the lioness and boy were separated by a thick plate of glass. Then it dawned on everyone why the lioness looked so interested in the boy. She was noticing his furry hood and ears. “Why he looks particularly… lion-like!” she seems to say. 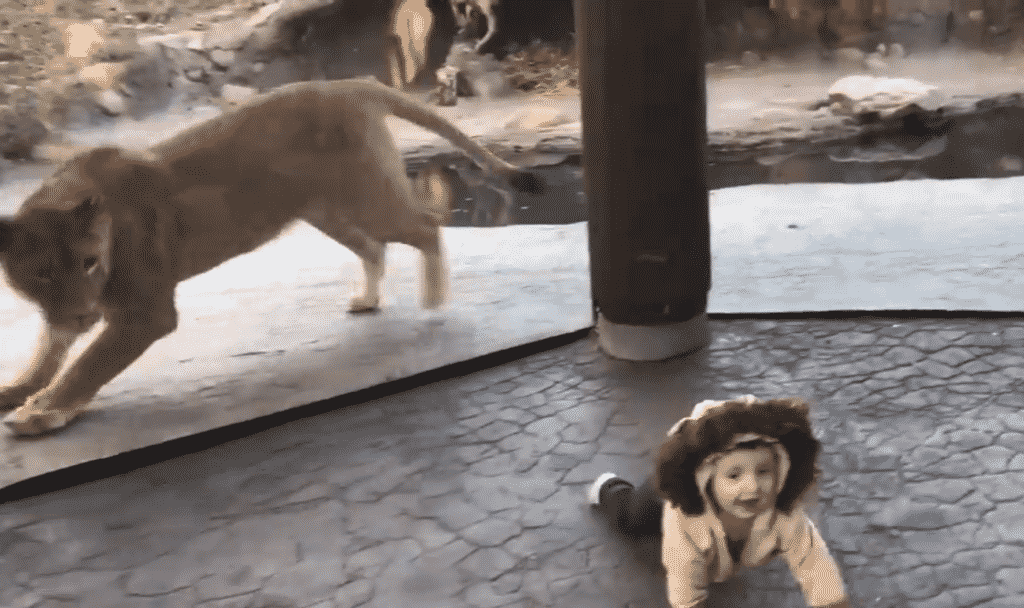 The lioness started to believe the toddler might be one of her cubs. Immediately her maternal instincts were on fire. She had to make sure the little boy was safe and sound. And that means defending the toddler from any perceived threats – including those from other residents of the zoo! 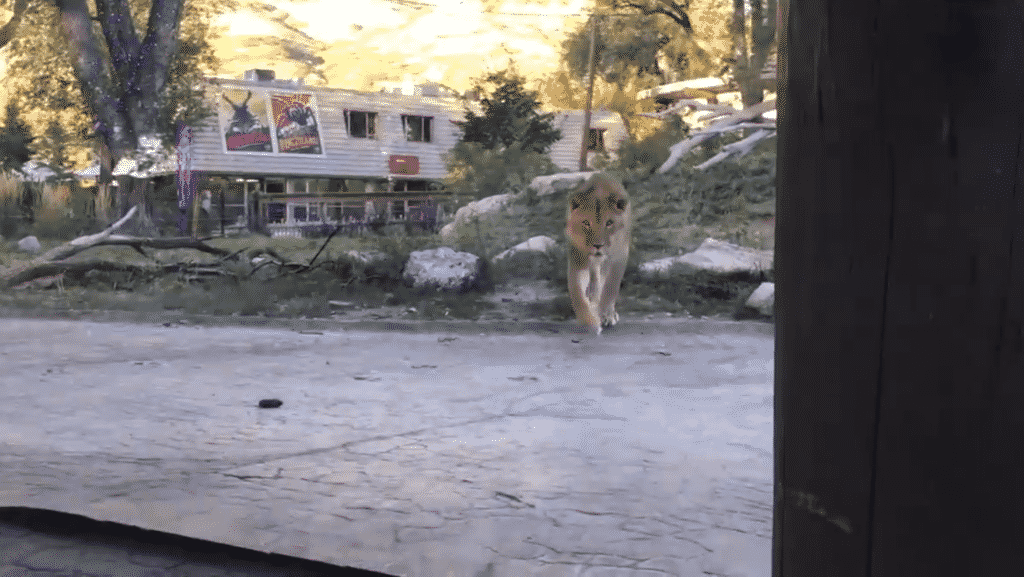 The toddler’s costume didn’t just fake out one lioness – another lion also spotted the toddler from across the yard. The second lion noticed the first one checking out the toddler, and decided he must be a lost lion cub. 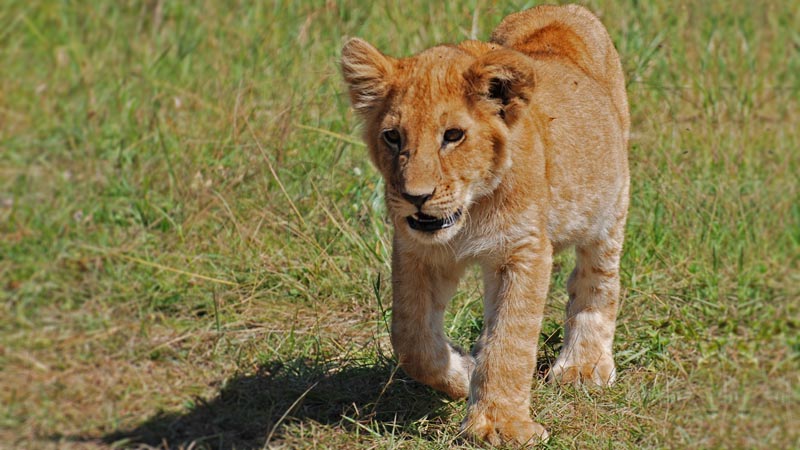 Lionesses usually give birth to cubs away from the pride. Lions are born completely helpless, so lionesses keep them hidden for their own safety. Lion cubs don’t open their eyes until about 11 days old. At eight weeks, they get formally introduced to the pride. 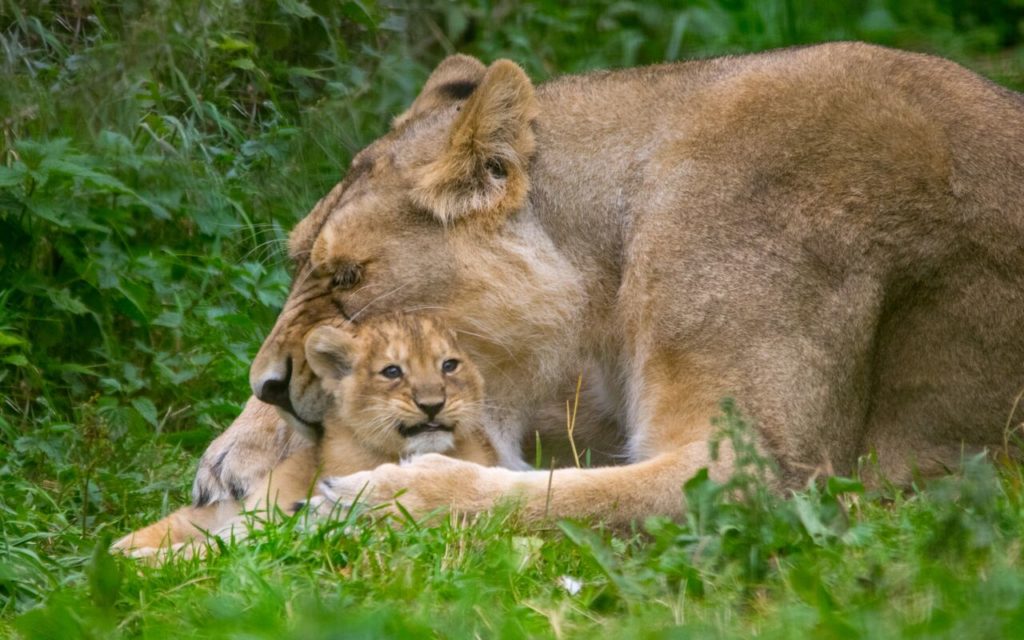 Lionesses usually give birth around the same time and have cubs of the same age. This means they usually cooperate with each other and may even raise the cubs together. Lionesses in a pride even nurse each other’s cubs. However, if another lioness has a cub that is more than three months older, they will divide them up. 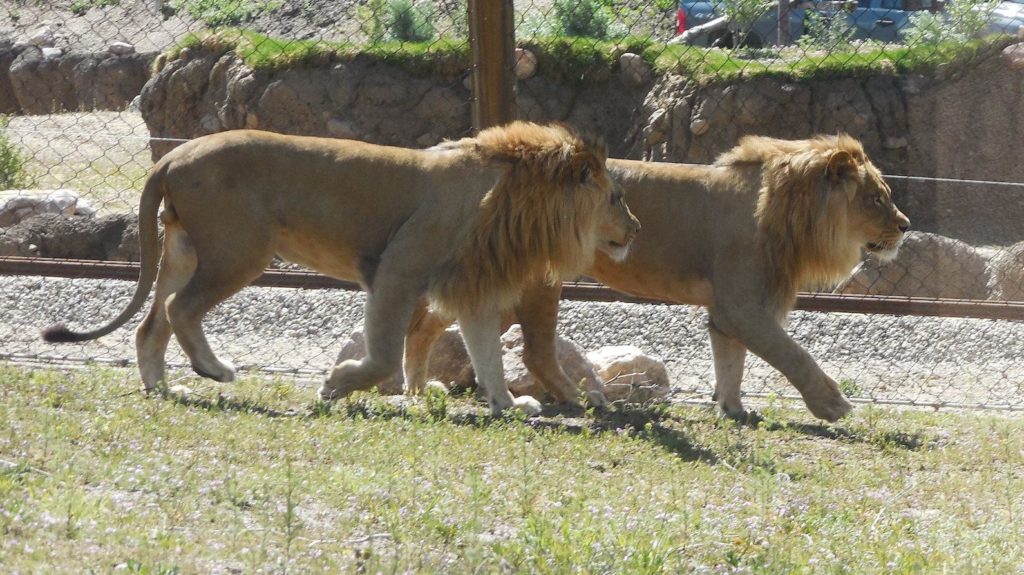 The video posted by the toddler’s mother shows that two felines are teasing each other while the boy crawls along with his lion costume. They may be fighting over the toddler. At the same time, they might actually just be having fun. 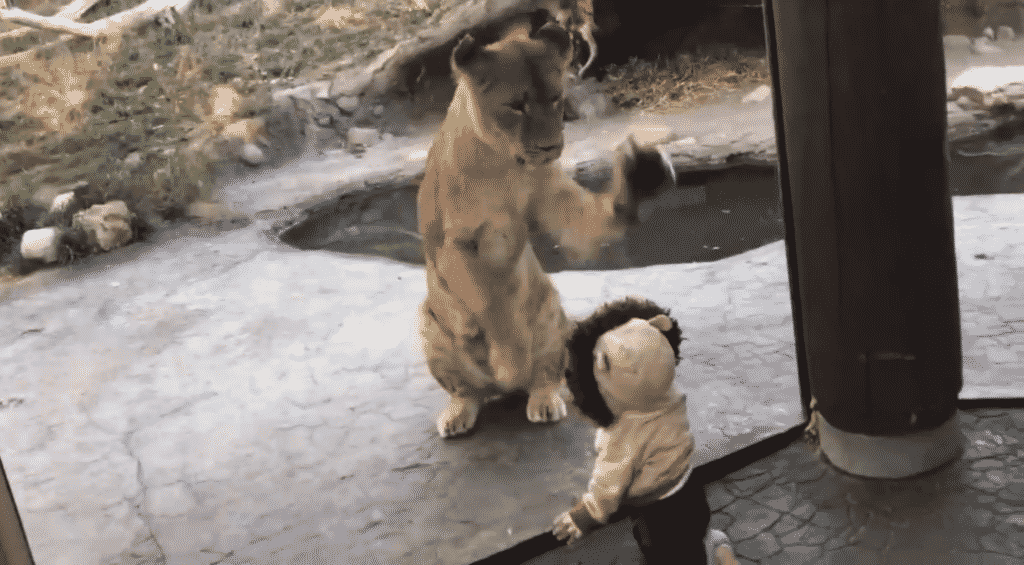 The second lion even stands up on her hind legs. She stomps her front paws along the glass, trying to get the little cub’s attention. Maybe the two lions talked it over and decided they needed to get that cub back, ASAP! 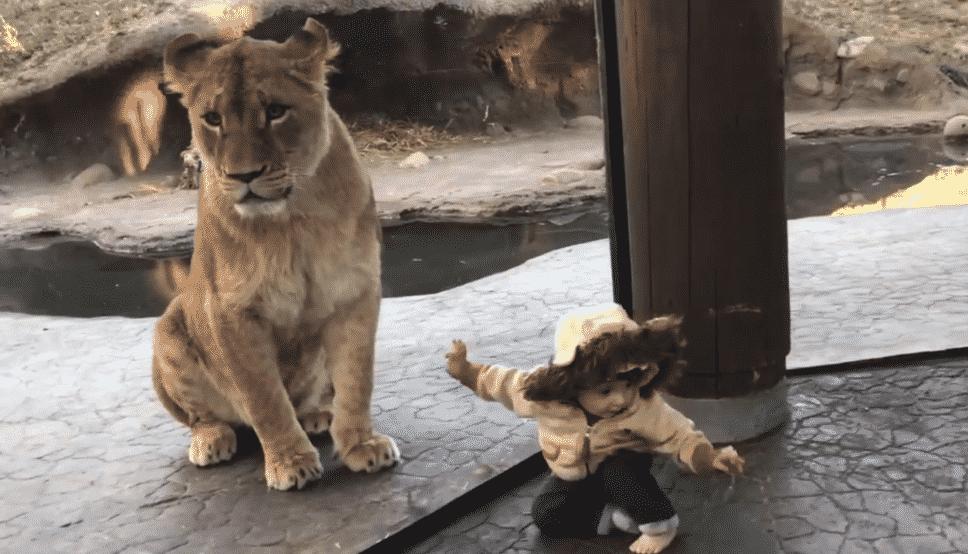 The toddler’s mother wasn’t afraid of the lions at all. She can be heard cracking up while the little boy plays in front of the lionesses. The toddler is also not bothered at all by lionesses being so close. Thank god for thick planes of glass. 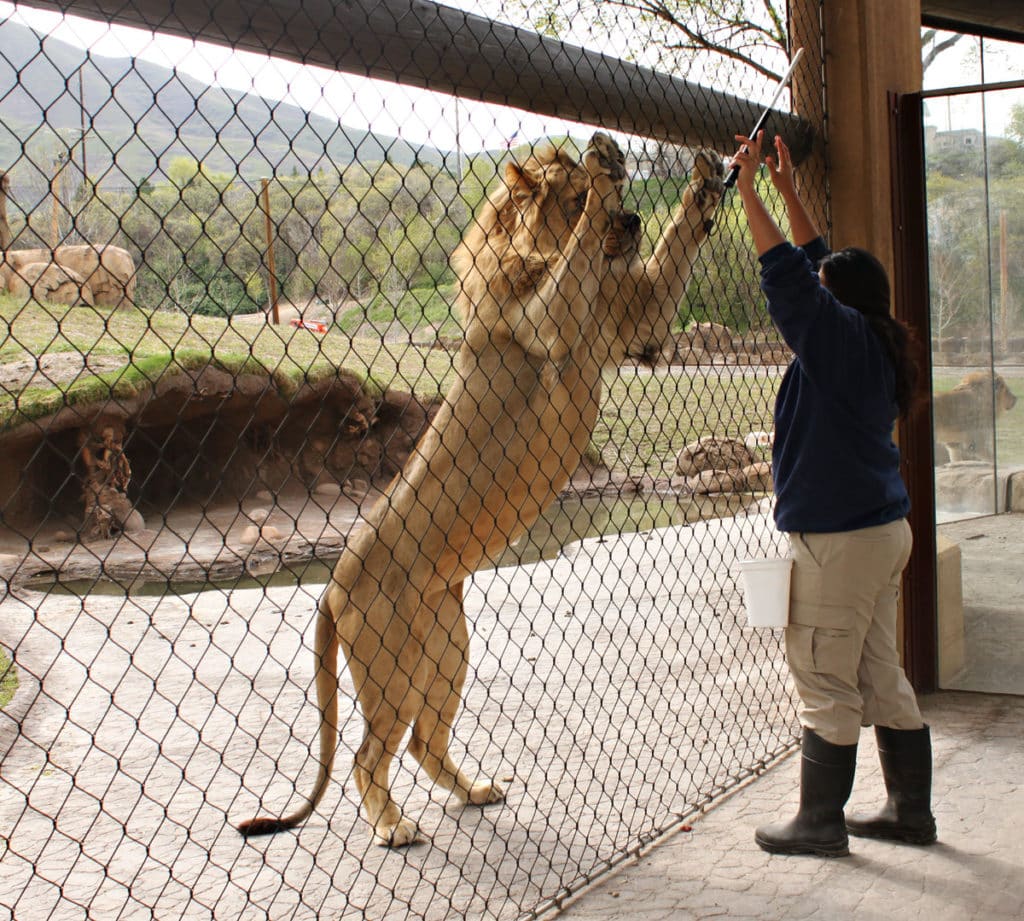 The zookeepers assume that the two lionesses thought there was a lost cub out there. They had to double and triple-check to be sure that he was a human, not a lost member of the pride. All the visitors thought it was an amazing experience that day. 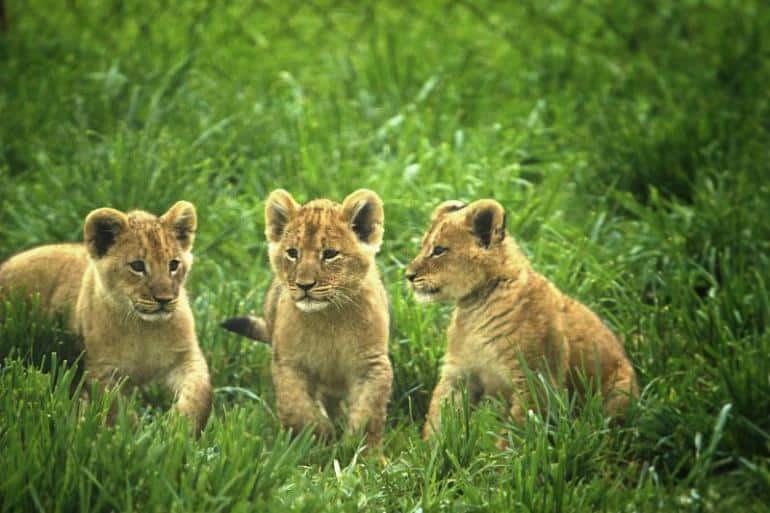 Just like human parents, lions are dedicated to protecting their cubs. Unfortunately, many lions don’t live to see their first birthday. This has to do with hunting and starvation. That’s why mother lions are so anxious about the little offspring.

Thankfully on this day, the lions and their cubs were all safe and sound. Once the lionesses got a closer look, they realized that the toddler was just a very furry human. They returned to the other side of the enclosure where they continued to enjoy the day.