Wild animals are instinctively made to survive out in nature. However, even the smartest of animals can get caught up in a bad situation. This is even more true when the animal is just a baby! When two fishermen were out on a lake, they spotted three bears swimming around in freezing cold water. However, as they continued to watch from a distance they realized that one of the bears was in need of some serious help!

Ruslan Lukanin and a friend were off on a boat in the middle of a lake in the northwestern part of Russia. The two men were fishing in Lake Vygozero when they noticed something strange nearby. They began to direct their attention to the middle of the lake. 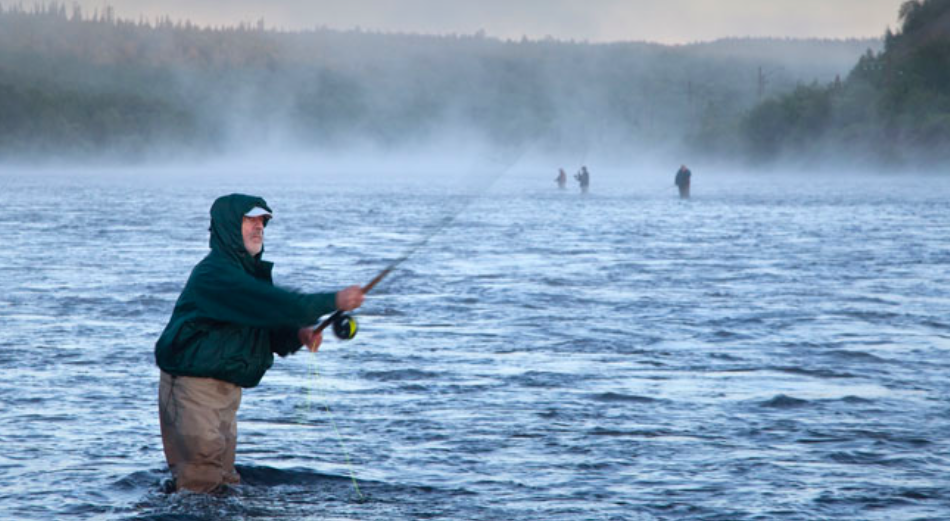 Anyone that heads out to Lake Vygozero is always aware to keep their wits about them. The lake is special in the fact that it can reach freezing cold temperatures. At times, the temperature of the water can drop as low as 4 degrees below zero. 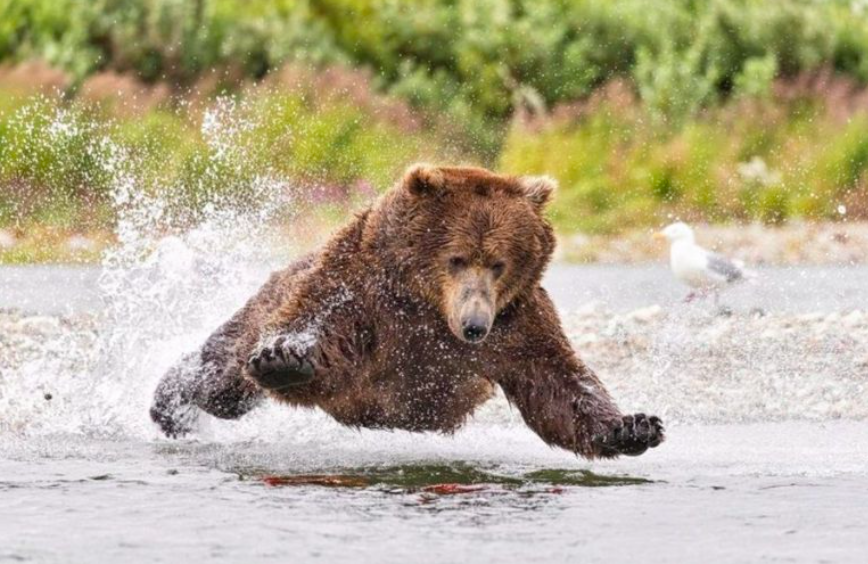 Another particularly interesting fact about the lake is that there are over 500 islands all around. All of them contain a variety of different aquatic and wildlife inhabitants. One of the bigger animals that you can catch a glimpse of is the bears! 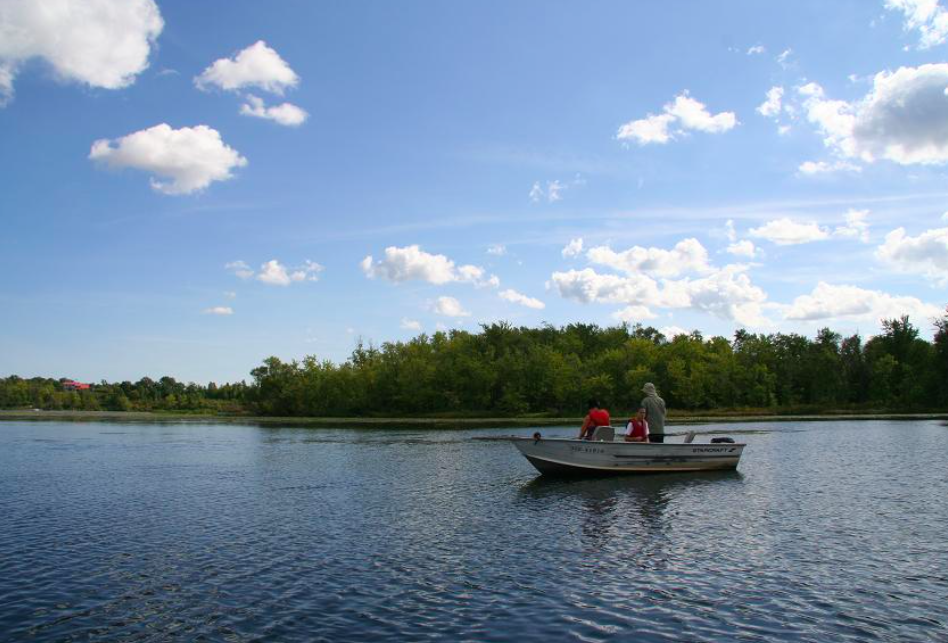 Since the conditions of the lake can be quite harsh and cold, Ruslan was obviously concerned by whatever he saw in the lake. After all, if it was someone drowning that person would be in a life or death situation. So the two fishermen decided to get closer… 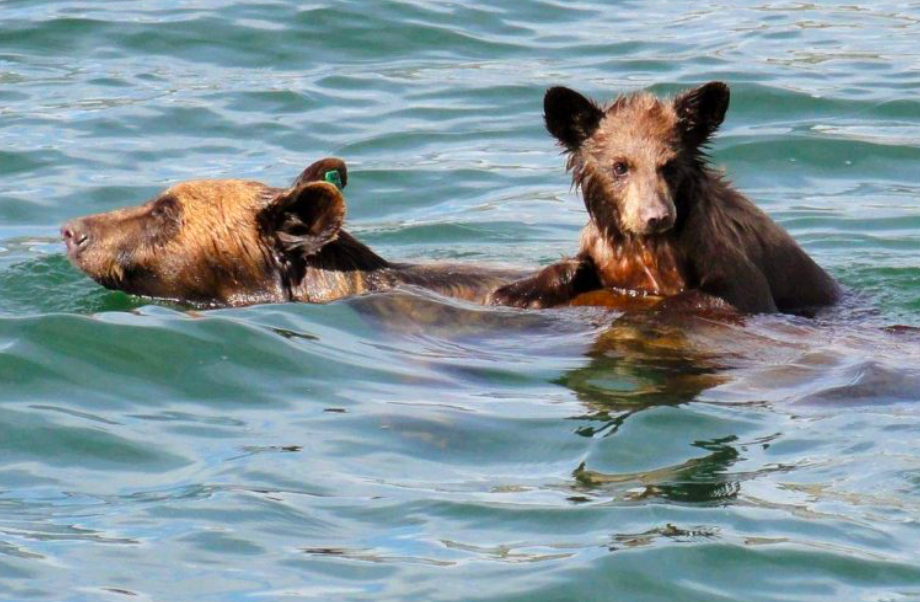 However, as the two fishermen got closer, they began to realize what they were looking at. They soon realized that they were watching a mother bear with her two cubs on her back. The three of them seemed to be enjoying the water. 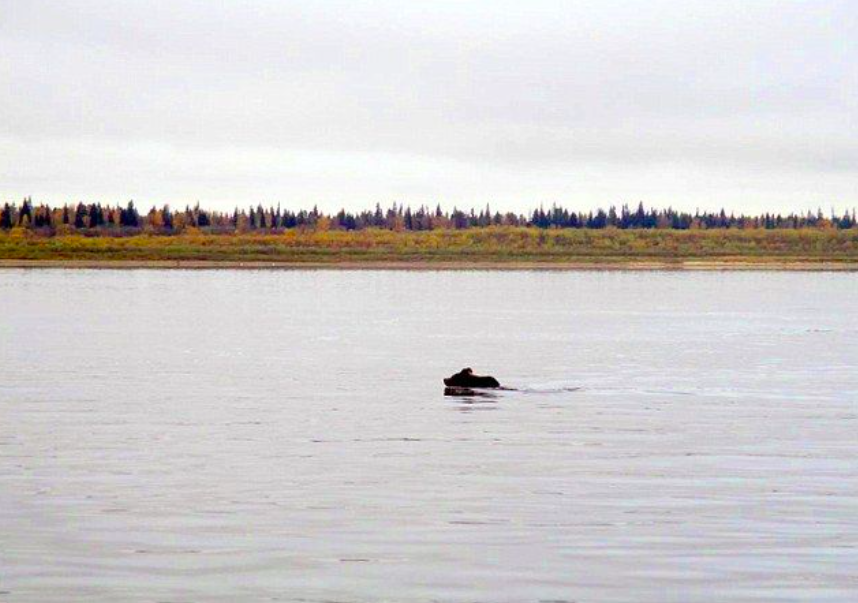 The men kept their distance from the bears, as they can be quite defensive creatures if they feel threatened. However, as they continued to watch they saw something that shocked them. They couldn’t believe their eyes. 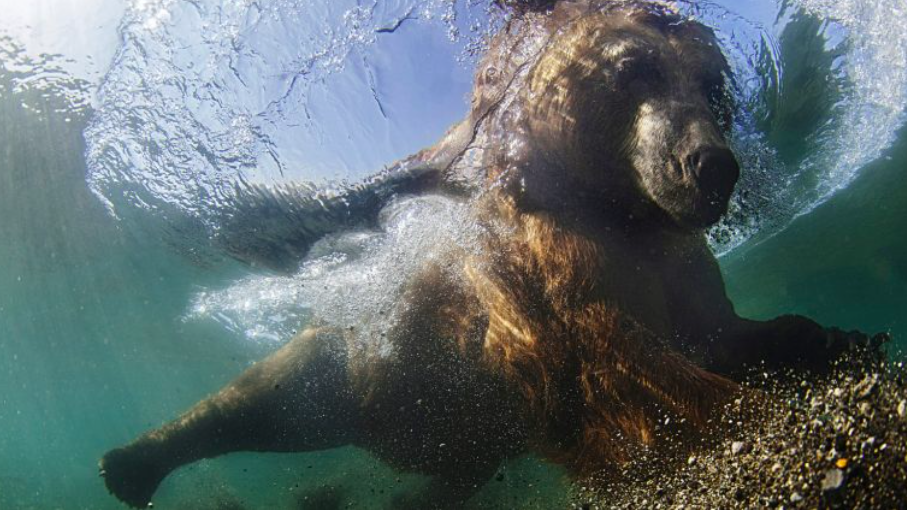 Mother bears are known to be extremely protective of their cubs. So Ruslan and his buddy were incredibly shocked when they saw the mother bear swimming away and essentially abandoning her cubs. The men then saw the cubs struggle to stay afloat… 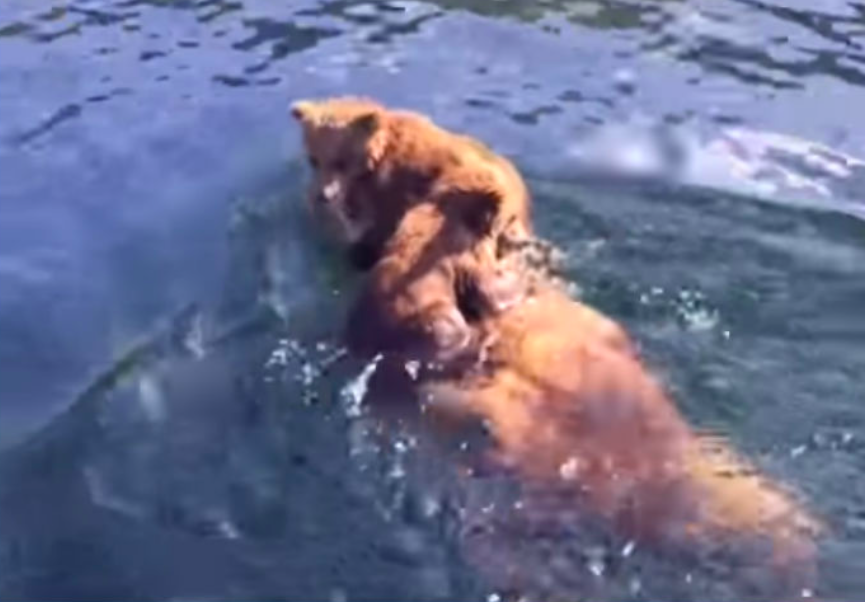 As the men continued to watch, they saw the mother bear finally reach one of the islands and step ashore. However, they noticed that the two baby cubs were left in the water on their own and they were barely treading the water. It was hard for them to stay above the water. 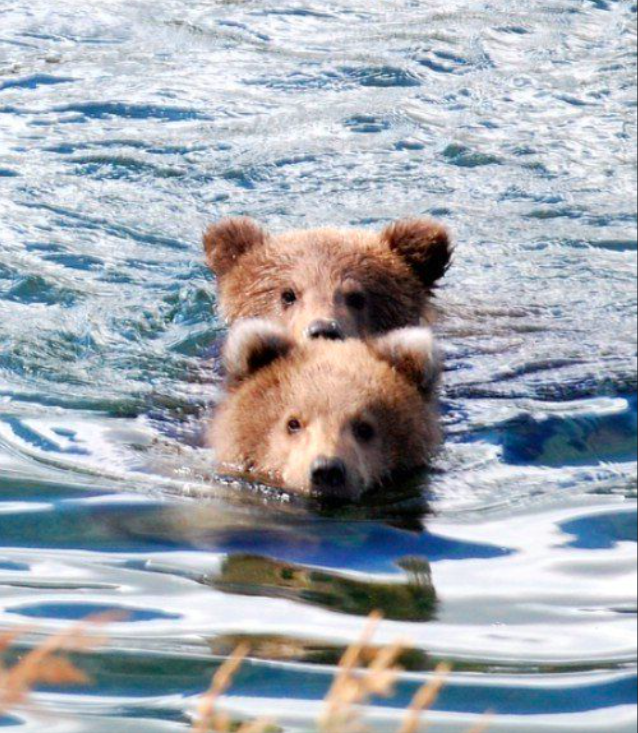 It was obvious that the two bears cubs were not strong swimmers. Ruslan and his friend continued to watch and knew they had to do something. If they didn’t intervene they feared that the two cubs would drown! 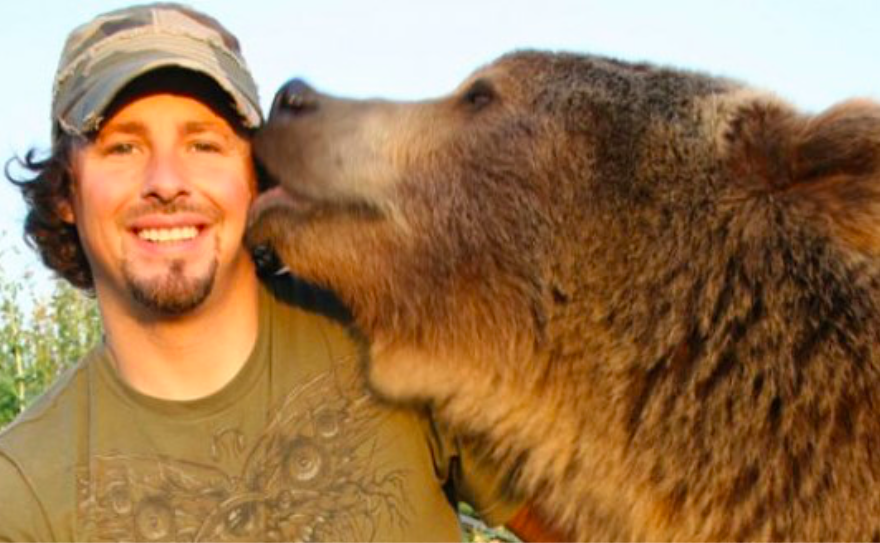 “It was dangerous of course. But they are living creatures. We couldn’t just look the other way,” Ruslan explained. Ruslan and his buddy knew that they couldn’t sit idly by while two baby bears drowned. So they quickly sprung into action. 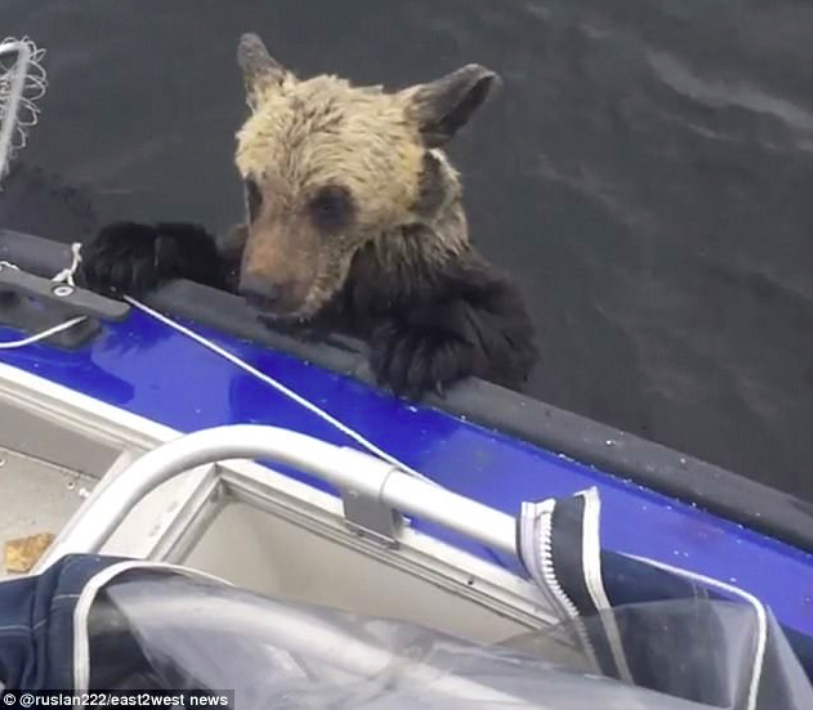 So the men began to steer their boat over to where the bear cubs were attempting to stay afloat. They immediately saw the fear in the cub’s eyes. However, they had no idea how they were going to pull this rescue out! 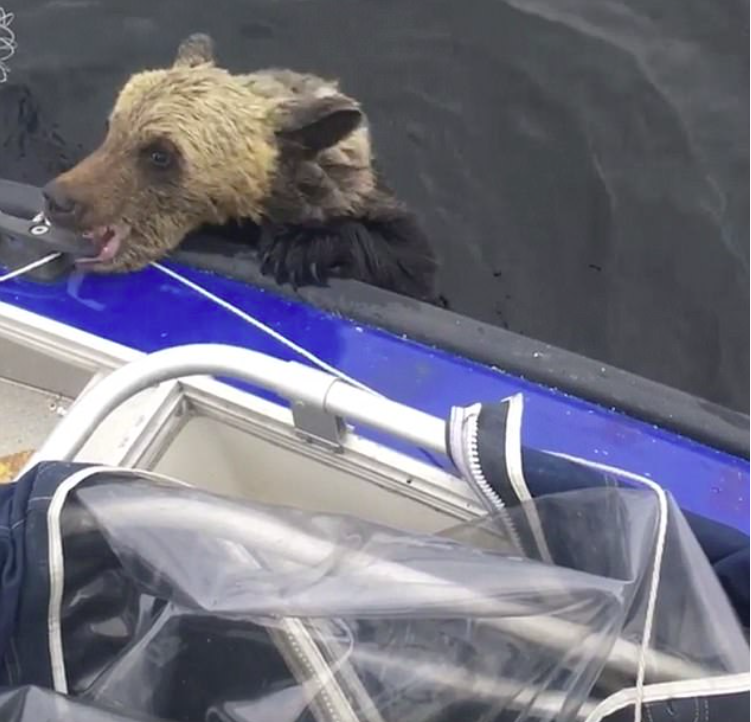 It seems that as soon as the men reached the cubs with the boat that the cubs could tell that they were there to help. At first, one of the cubs attempted to climb up onto the boat. However, he was far too weak to pull himself up. 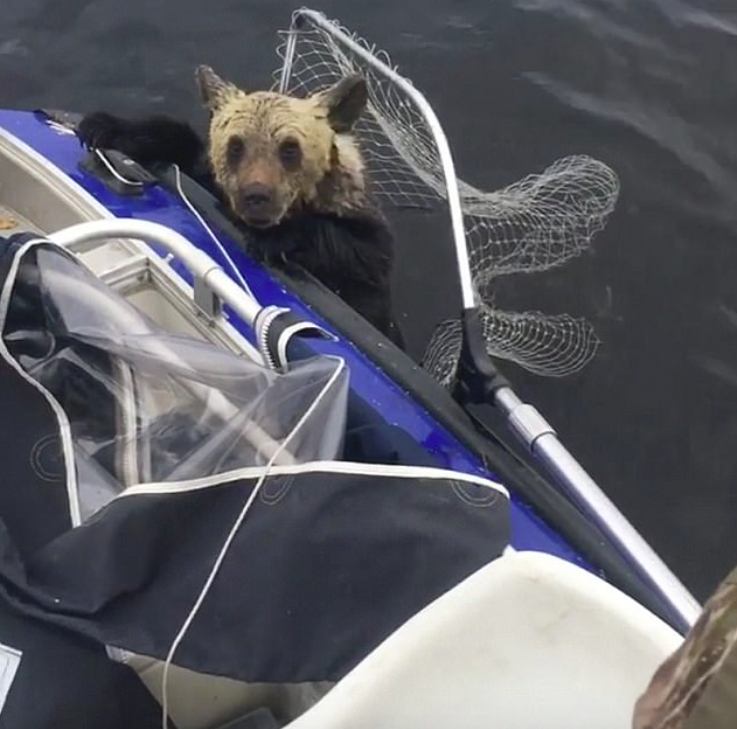 One of the men grabbed a fishing net and began to attempt to scoop up one of the bear cubs. However, the cub was a lot heavier than the fisherman had anticipated. However, eventually the cub managed to use its own strength to get into the boat.

The second cub, however, was too exhausted to even try… 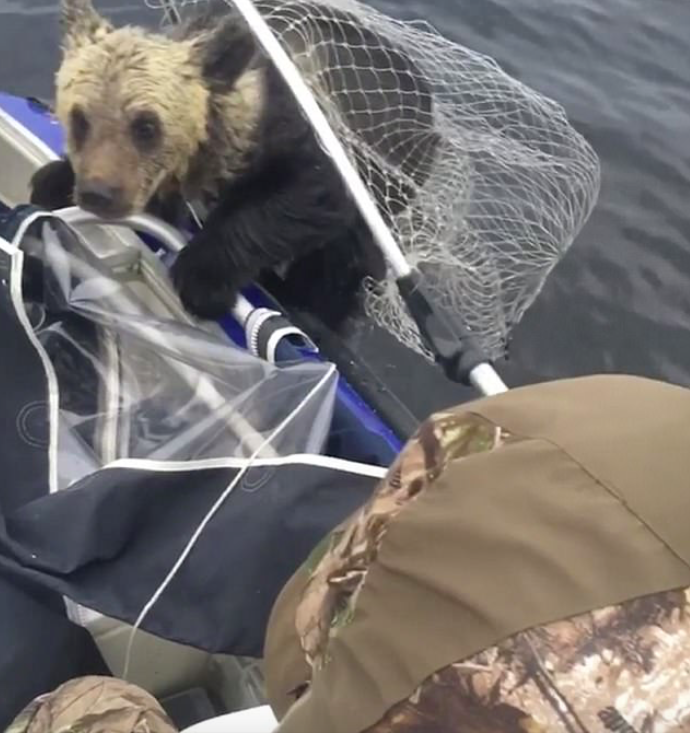 The second cub was even more exhausted than the first one. This little cub could hardly pull himself into the boat and the men weren’t strong enough to pull it in. So the men came up with a genius plan! 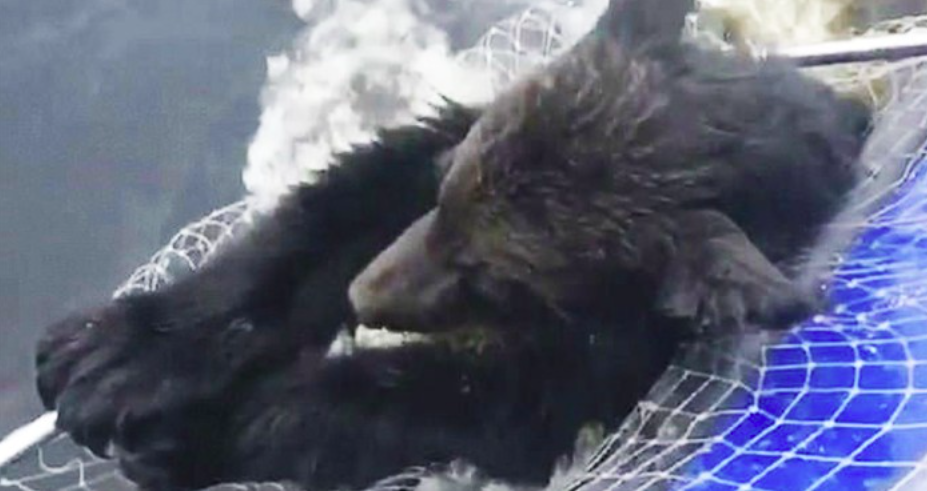 The men knew that there was no way they were going to get the cub into the boat. However, they did notice that the cub was holding onto the net with its claws. So they began to steer the boat toward shore with the little bear in tow. 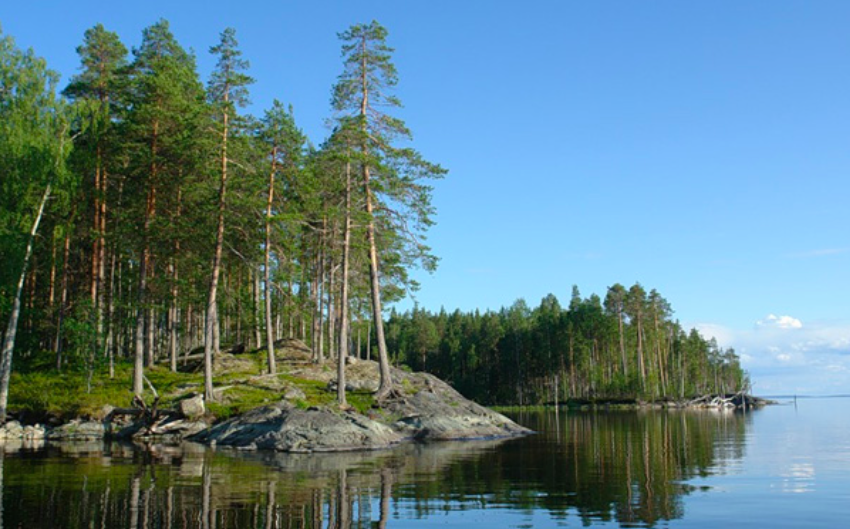 The men continued to steer the boat over to the island where the saw the mama bear had gone to. They made sure that the second bear cub was in tow the entire time. Once they reached the shore, they had another dilemma to face! 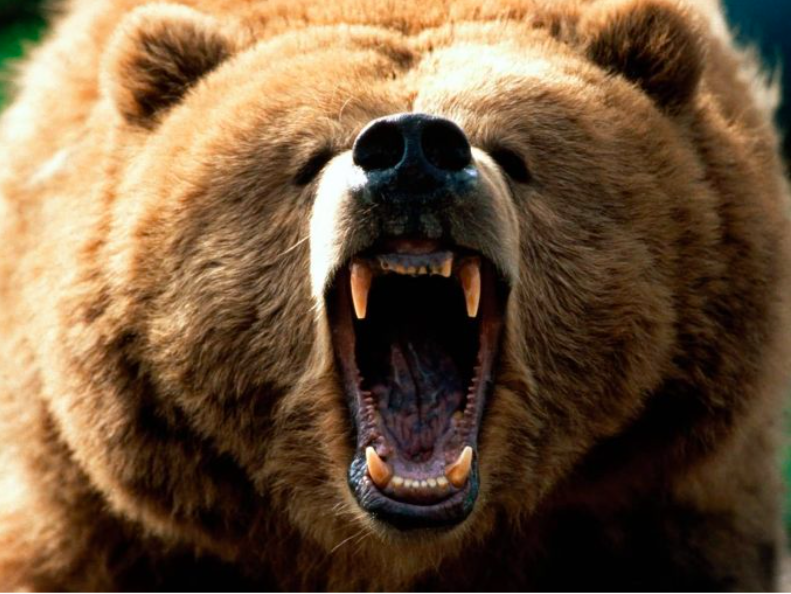 Although the men had managed to get the cubs to the island, they still had the difficult task of getting the bears back to their mother. After all, mother cubs are notoriously protective and the men were worried that she would attack them. They didn’t want that to happen, obviously. 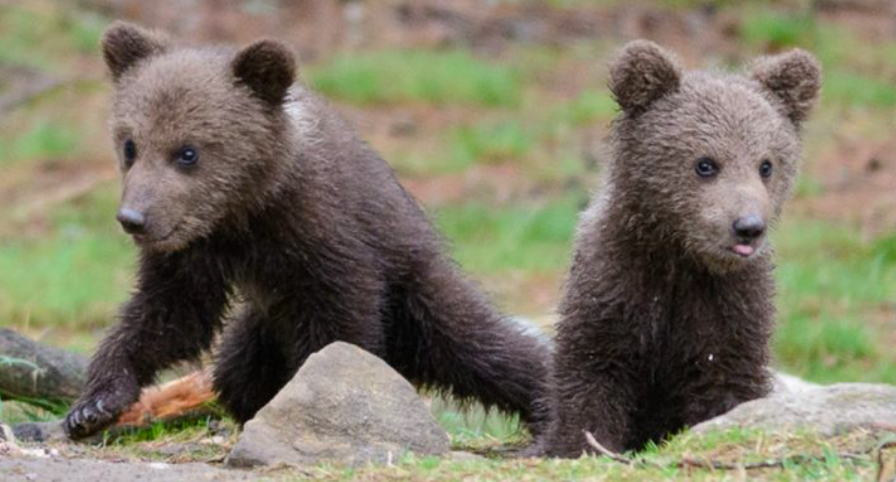 The men carefully placed the baby bears on the island and left them where their mother could find them. The men then went back on the boat and watched over the bears from a distance. That way they could be sure if the mother bear returned for her cubs from a safe distance. 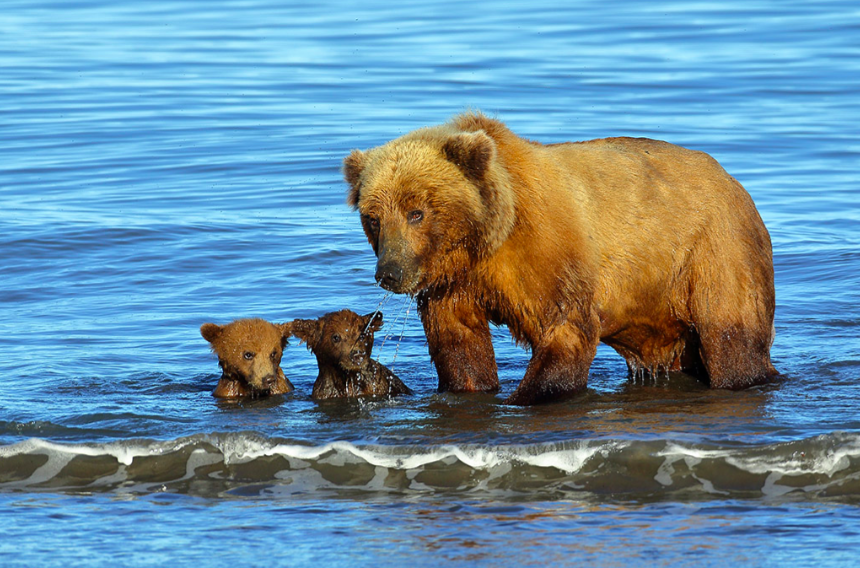 Eventually, the mother bear came back to find her cubs. She happily took over from there on and began to lead her cubs back into the woods. The men were happy that they could save these two cubs! 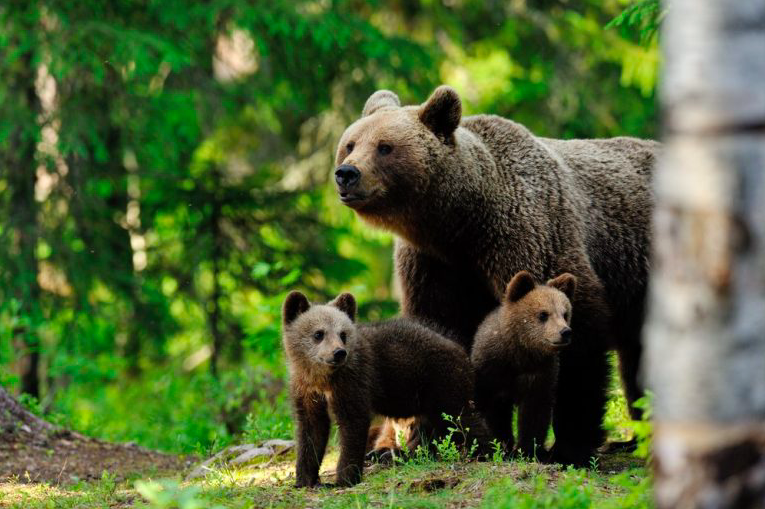 Ruslan and his friend were both true heroes that day. They managed to save the lives of not one but two baby cubs! Now the cubs are happily reunited with their mother once again.