These 3 Bonded St. Bernard Dog Weren’t Being Adopted Because They Wanted To Stay Together, Things Changed Completely When Somebody Posted This Online

When three huge Saint Bernard dogs were brought to the local shelter, workers knew they couldn’t separate them. After all, the trio were brothers and they relied on each other for comfort and support. However, workers knew it would be difficult to find someone willing to adopt all three! So was the shelter able to find them a home together? You’ll be shocked when you find out what happened… 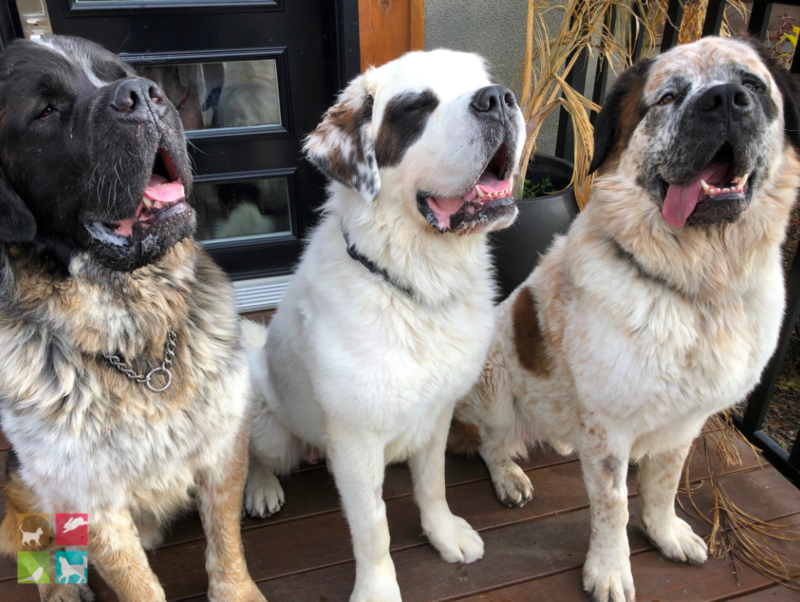 When three huge Saint Bernard dogs were brought into an animal shelter in Edmonton, Canada, everyone was blown away. As soon as these three fellas made their way through, everyone was both amused and shocked by how BIG they were. Together, the three of them weighed around 300-plus pounds. 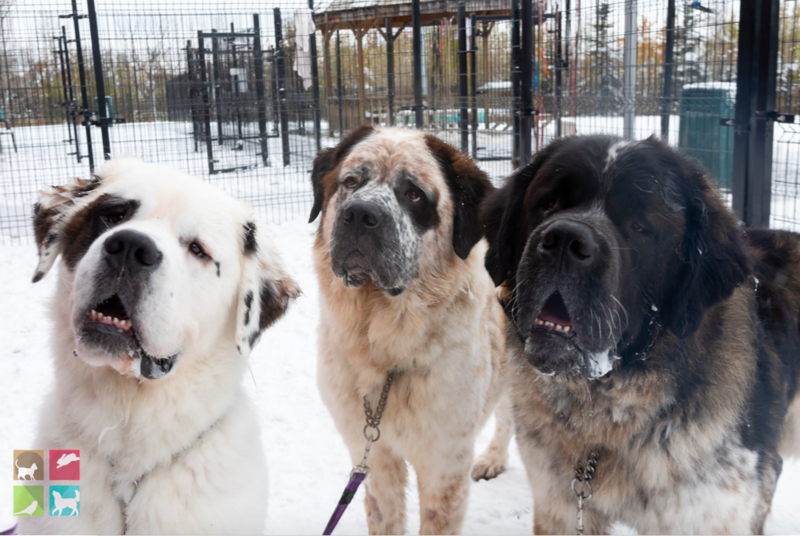 For those of you that might not now, Saint Bernard’s are a breed of incredibly large and hardworking dogs. They were originally bred for rescue missions, which is why these dogs are so large. So you can only imagine the difficulties that the shelter staff ran into… 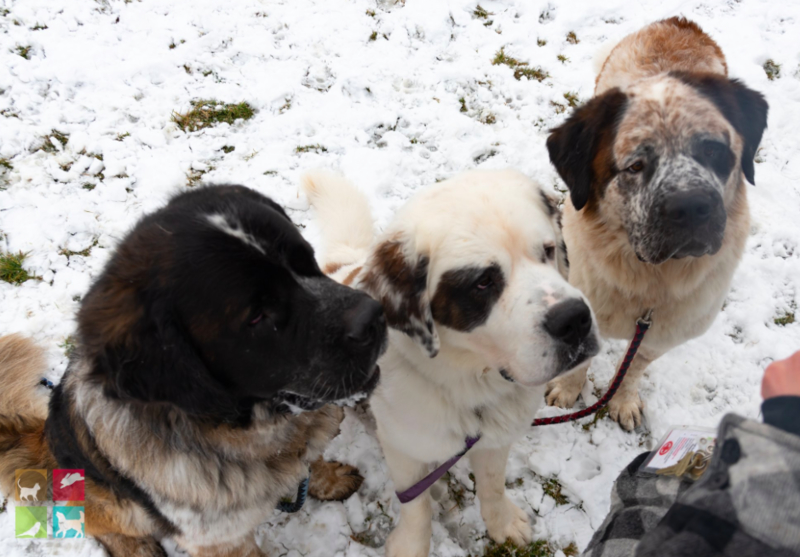 Goliath, Gunther and Gasket are a trio of supersized brothers. Shelter staff ran into a few problems when they attempted to accommodate the three of them. After all, they were in need of a lot of space! So the staff came up with an idea… 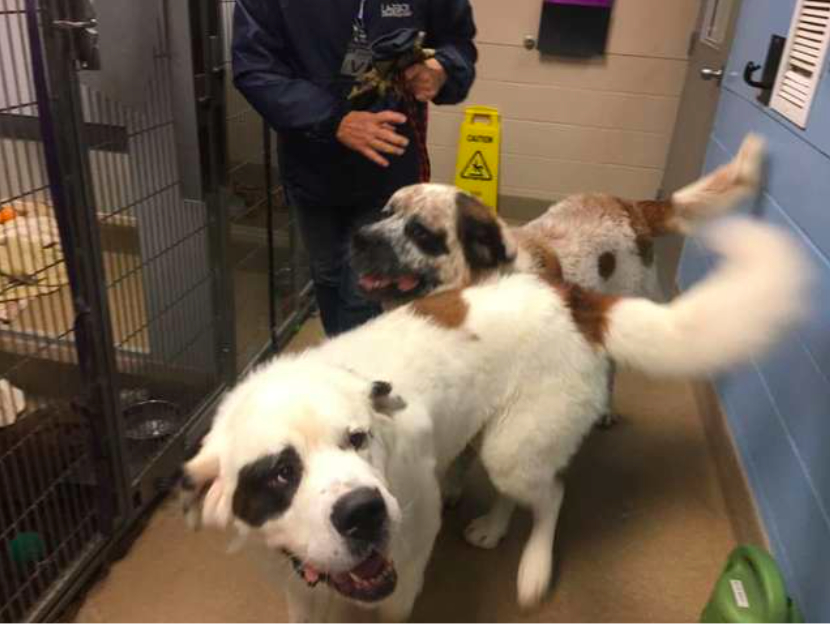 “We had to close one of our entire dog wards down so they have adequate space to stay together,” Jamey Blair, manager of animal health and protection for the shelter, told The Dodo. It seems that the pups were more than happy with their new living situation. 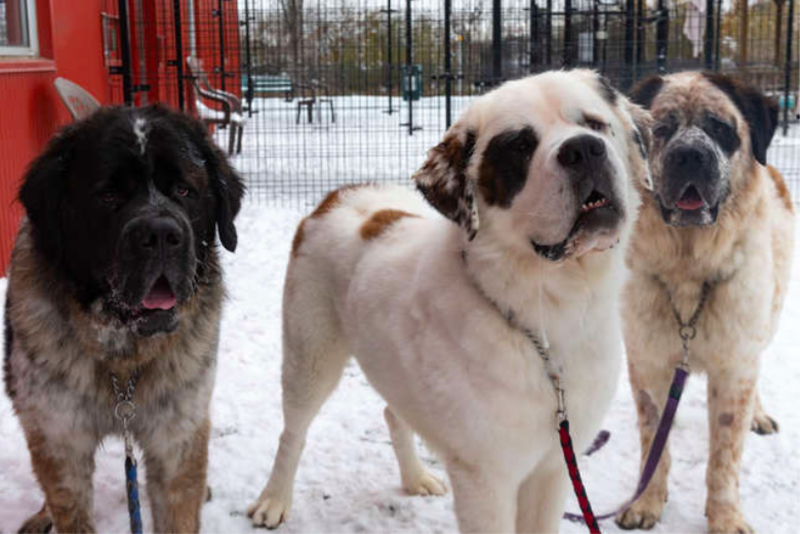 “[A staff member] happened to look into their kennel and noticed that they were all curled up in a giant pile of Saint Bernard having a sleep together,” Blair said. “She thought it was adorable and she wanted to just go and crawl into the giant pile of fluff.” 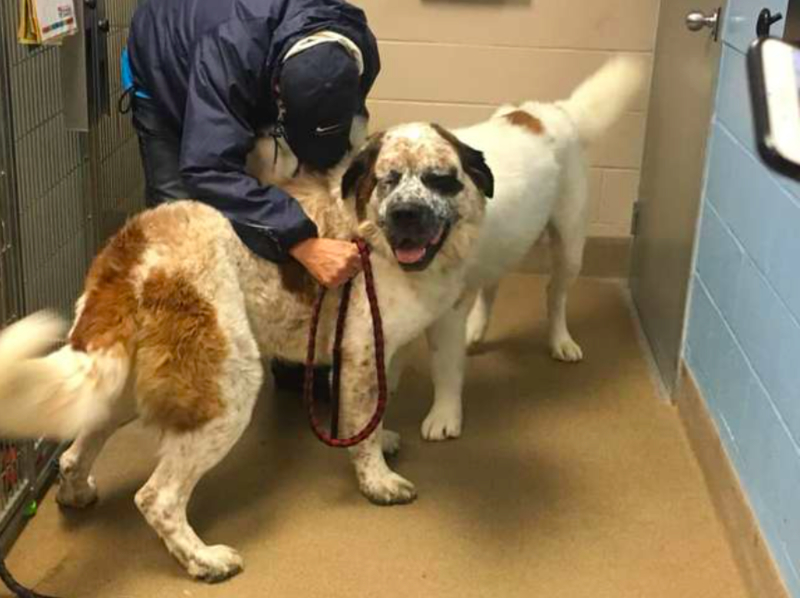 Shelter staff immediately noticed just how close the three dogs were. It seems that the five-year-old homeless Saint Bernards had been doing everything together since birth. They even eat from the same bowl so staff at the shelter decided to run an experiment. 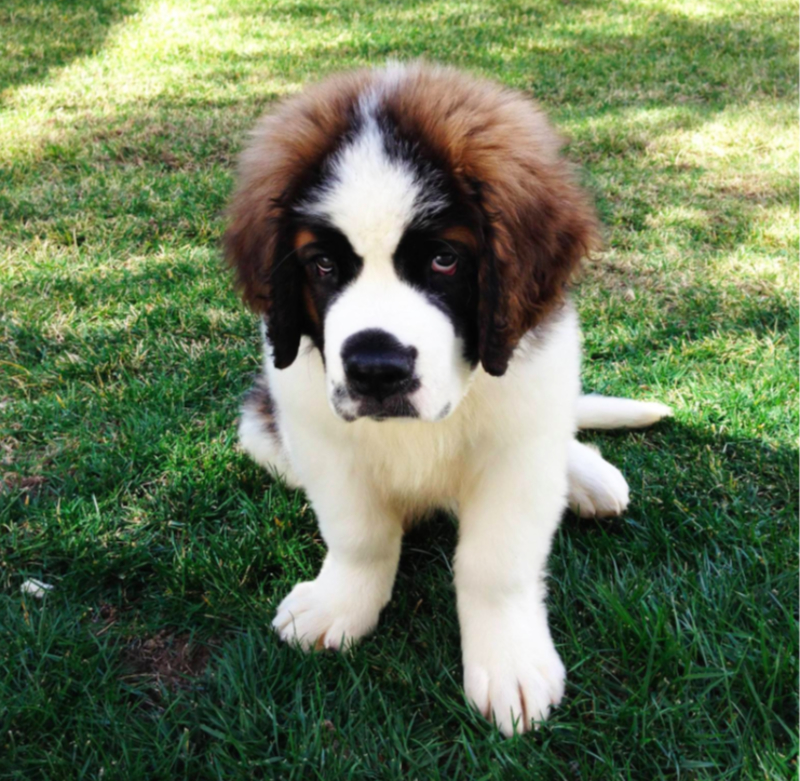 The shelter staff decided to test out separating the pups for a bit to see how they would react. It wasn’t surprising to the staff when they saw that the dogs didn’t handle the separation well at all. In fact, they were completely anxious and stressed without each other… 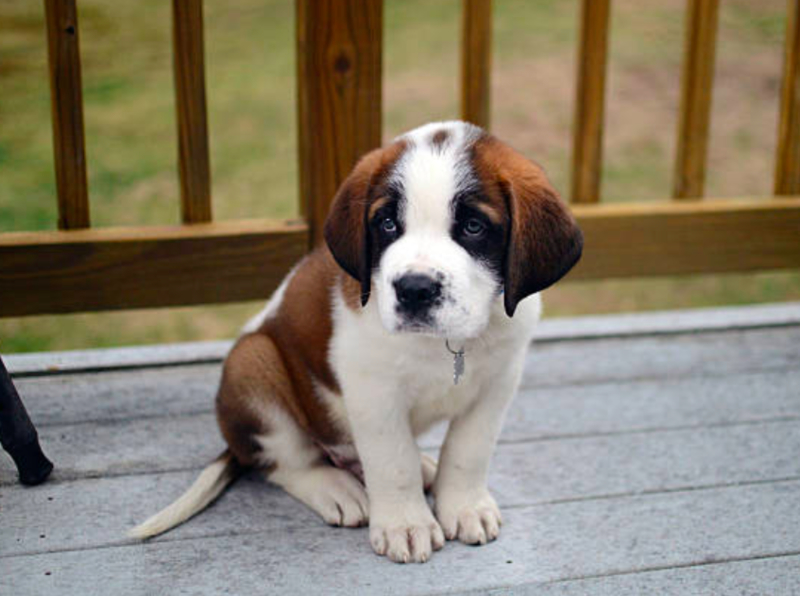 “When we did this assessment, we saw behaviors that indicated that they were stressed,” Blair said. “They were panting, trying to escape, looking for each other and not necessarily eating. These things definitely improved once the dogs were put back together.” 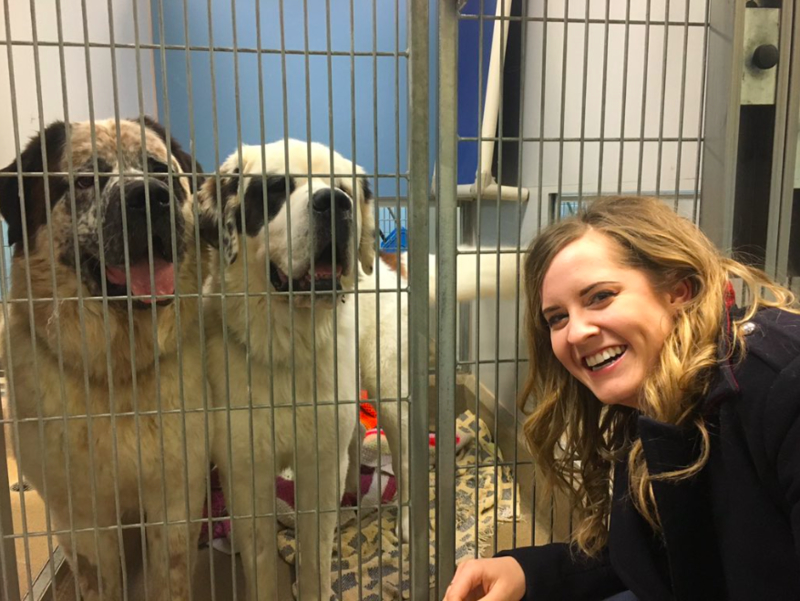 It was obvious to the shelter staff that these three dogs could not be adopted separately. Their stress and anxiety was a clear sign that they needed to be together. However, shelter staff also knew that finding someone willing to adopt three huge Saint Bernards was going to be a challenge! 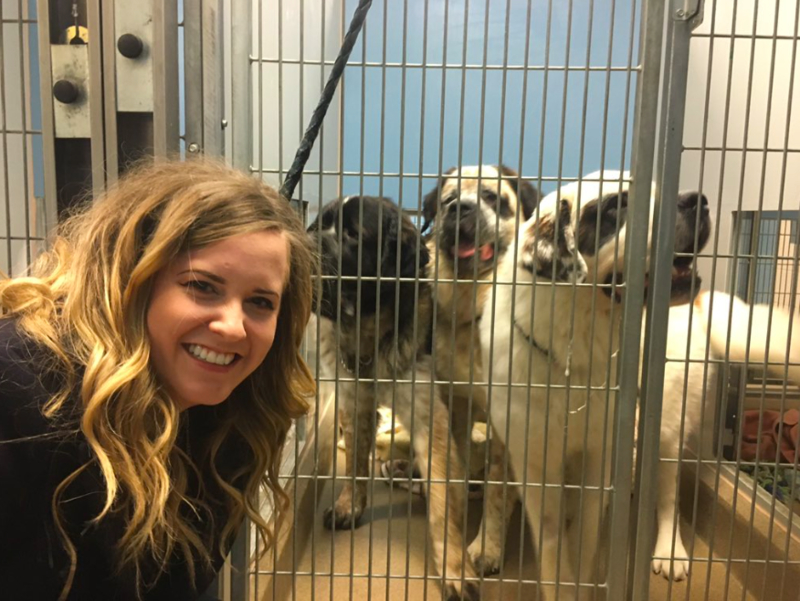 “The dogs are lovely, they’re absolutely delightful to be around,” Blair said. “They’re very social, loving and full of cuddles. They love playing, and seem to be good with other dogs as well from what we see in the shelter. So overall, they’re just phenomenal dogs.”

In order to help get the dogs adopted, shelter staff posted the pup’s story on Facebook. Shelter staff were absolutely overwhelmed by the large amount of people that were incredibly interested in adopting the trio. They never would have believed that this many people would show interest. 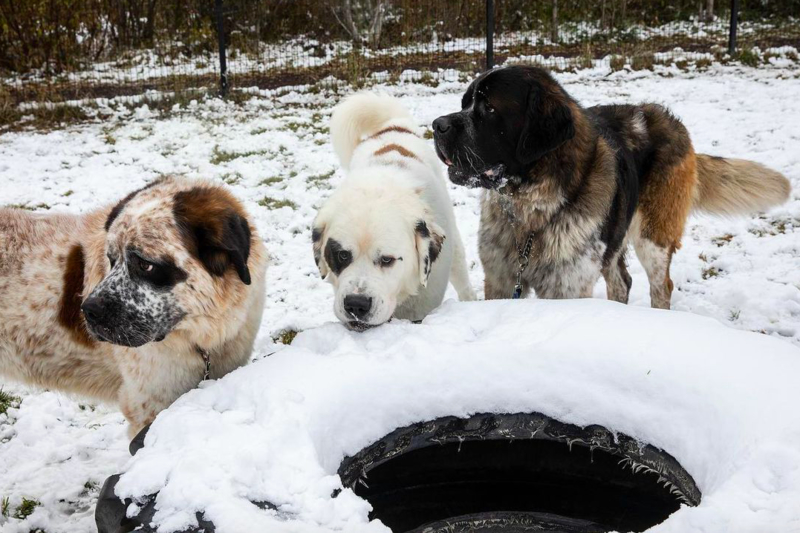 “It’s been overwhelming the amount of people who have reached out,” Blair said. “At this point we’ve received over 200 emails from interested adopters from outside the province and even outside the country, so we’re very confident we’ll be able to find a great home for them.” 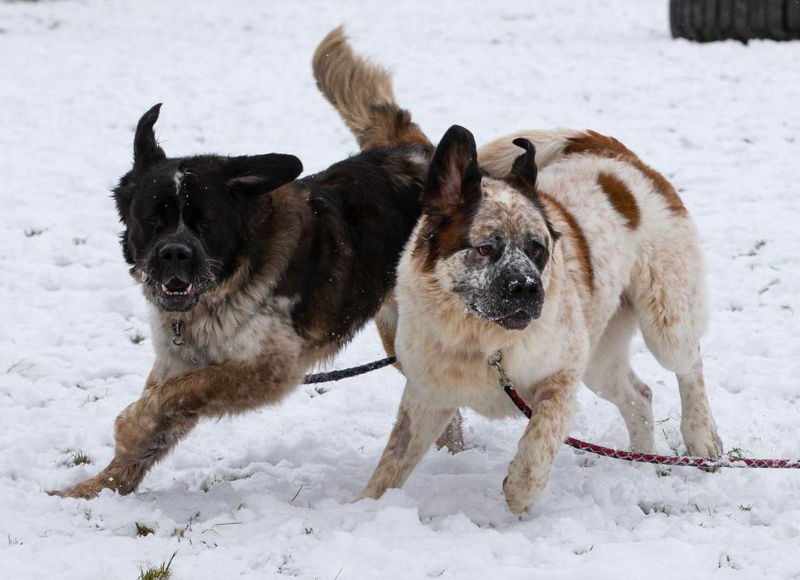 The shelter staff has begun to sort through the many emails that they have received about the dogs. They want to make sure to narrow down the best choices for the pups. Shelter workers also want to make sure that whoever adopts the dogs knows what they are signing themselves up for… 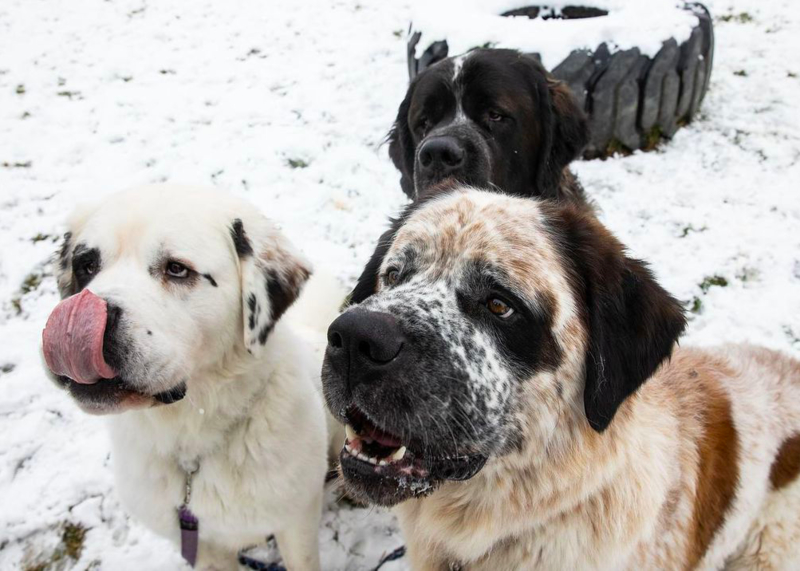 It is going to be a big responsibility for anybody to undertake since the dogs are so huge. There will be a lot of cleaning up, feeding, and taking care of these dogs. However, the cost of taking care of three huge dogs is also another important factor. Find more tips for taking care of your dogs at MyPetNeedsThat 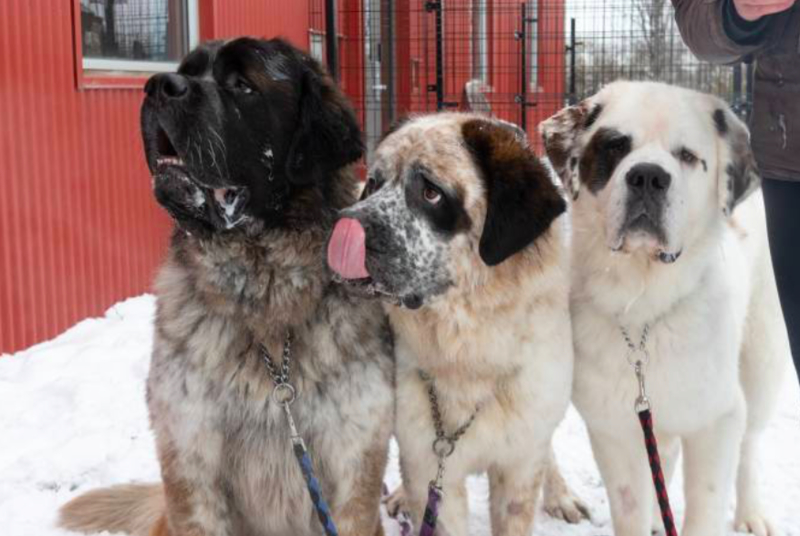 “They should definitely take into consideration the costs that go into caring for these dogs,” Blair said. “You’re looking at over 300 pounds of dog that you have to feed each month, as well as the vet care, their life span and the grooming that they will all need to have.” 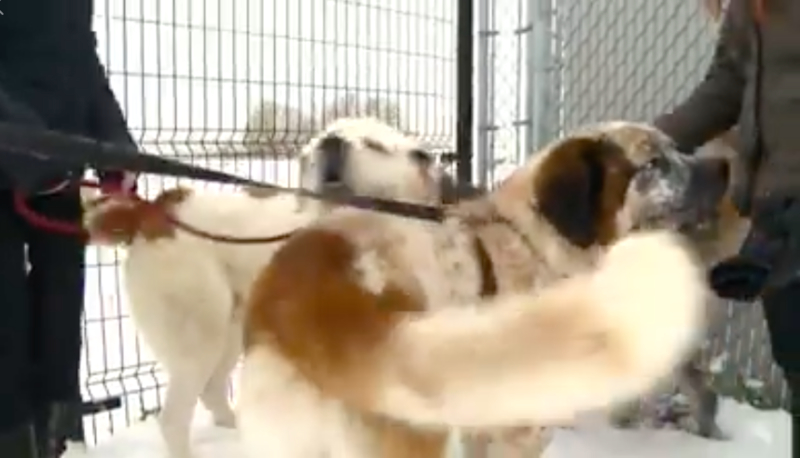 Finally, staff at the shelter were able to narrow down their choice to one family. The family had an excellent track record of taking care of their pets. “The couple are devoted proponents of adoption, having previously adopted numerous pets as well as one of their two children, who are ages 10 and 16.” 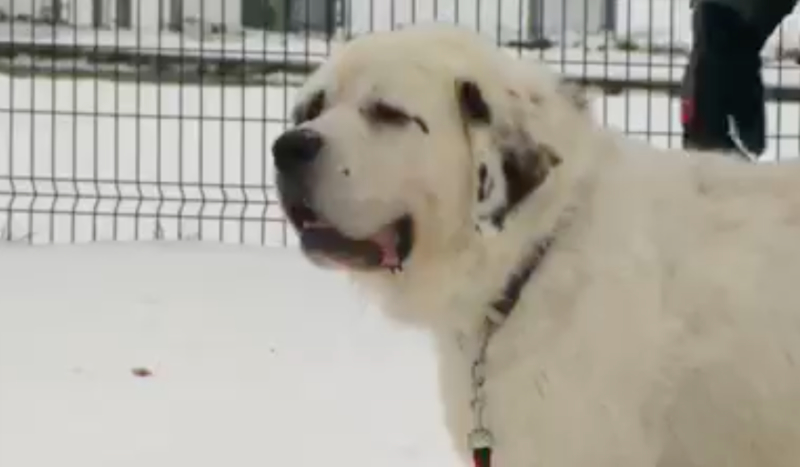 When the family found out that they were selected as the lucky ones to care for the trio they were beyond excited. They felt so lucky and blessed to have been given the opportunity to care for those three snuggle bugs! The family shared their happiness online as well. 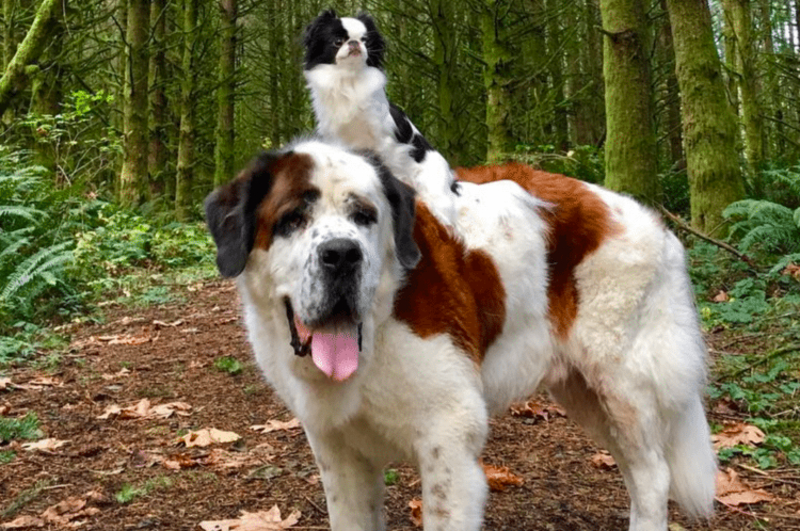 “When we found out that we were getting the opportunity to meet them, we cried tears of joy. Pets add so much to the family, and we’re so happy we can give back to them by providing a loving home for the rest of their lives,” the family shared. 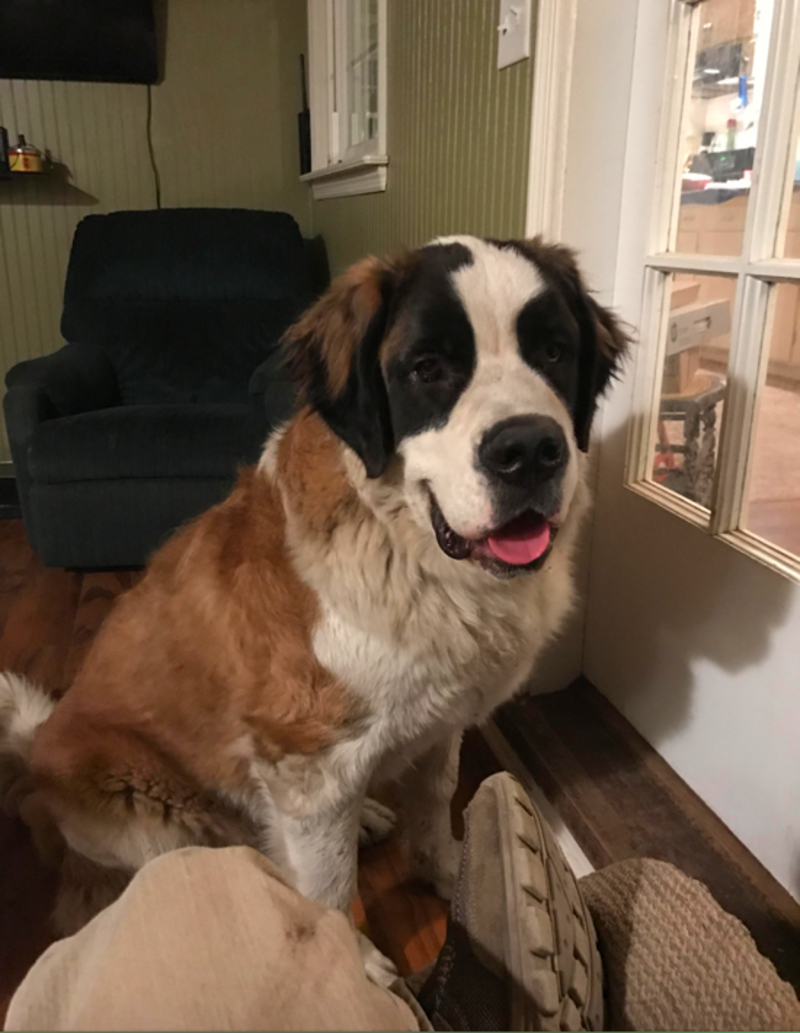 Staff at the shelter are definitely going to be disappointed to see Goliath, Gasket and Gunther leave. “They’re definitely well-adored and they will be missed by all the staff and team here,” Blair added, “but we’ll be excited to watch them go home.” 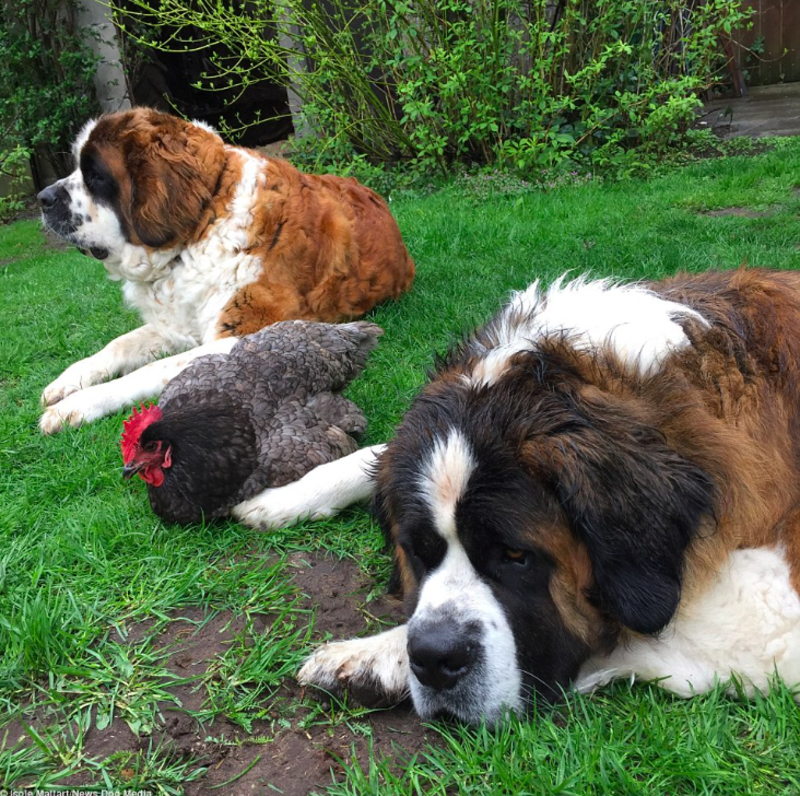 Staff at the shelter are so happy that the three brothers were able to find a loving home where they will be cared for. It was obvious that these three pup brothers were meant to spend the rest of their lives together!