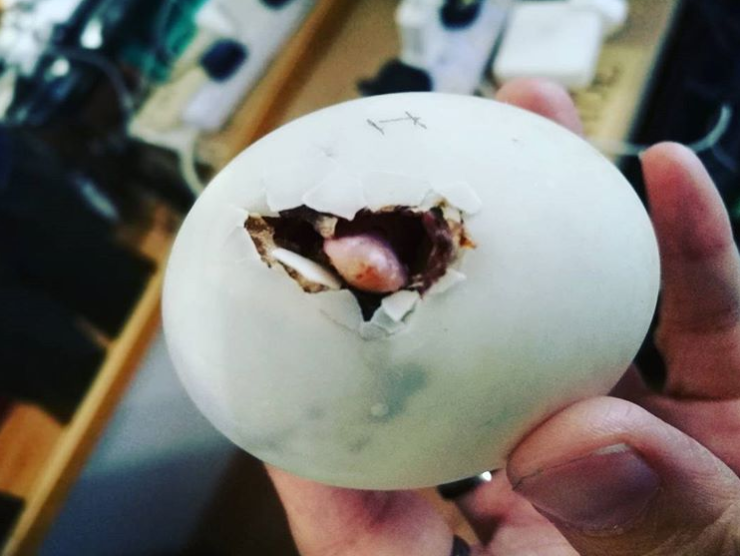 Erica Lim, a creative professional living in Kuala Lumpur, Malaysia ended up with a big surprise after purchasing a duck egg from a restaurant. She knew the egg was fertilized as it was meant to be eaten as a controversial food called “balut”. Balut is an Asian food that is made from a partially-developed duck embryo, which is why the snack is so controversial. After purchasing the egg, though, she had a different idea and the resulting story is as heartwarming as it gets.

Living in the City 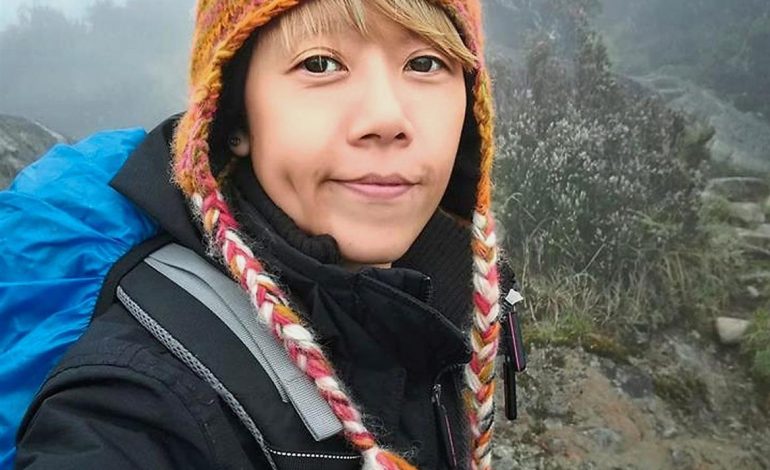 Erica Lim, the 39-year-old creative professional, lives in a big city high rise and had a fairly regular life until the events of the egg catapulted her to fame. A little ingenuity and some TLC would shortly change two fates. 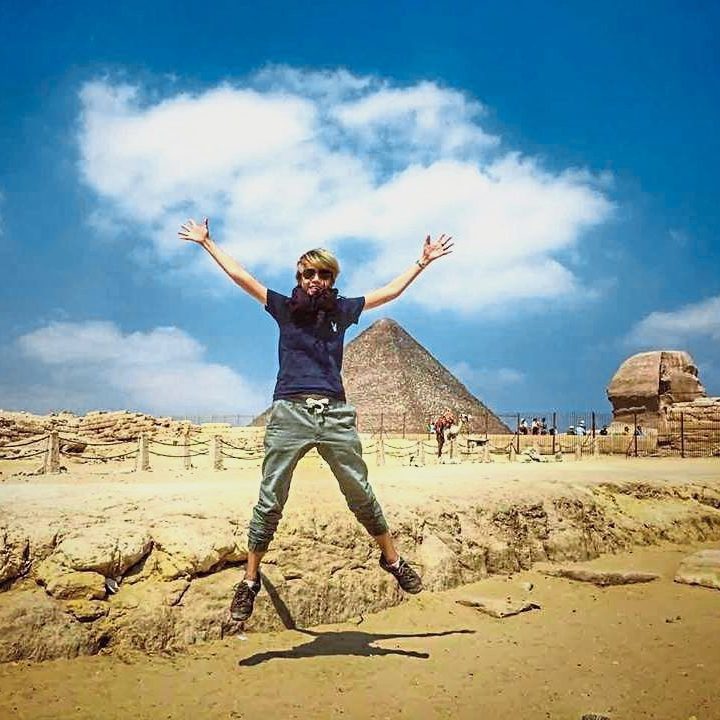 Erica Lim was already known as “Kaka the Travel Hunter” due to her online persona as an adventurer looking for beautiful sites one trip at a time. She has traveled throughout the world, finding herself in many countries. 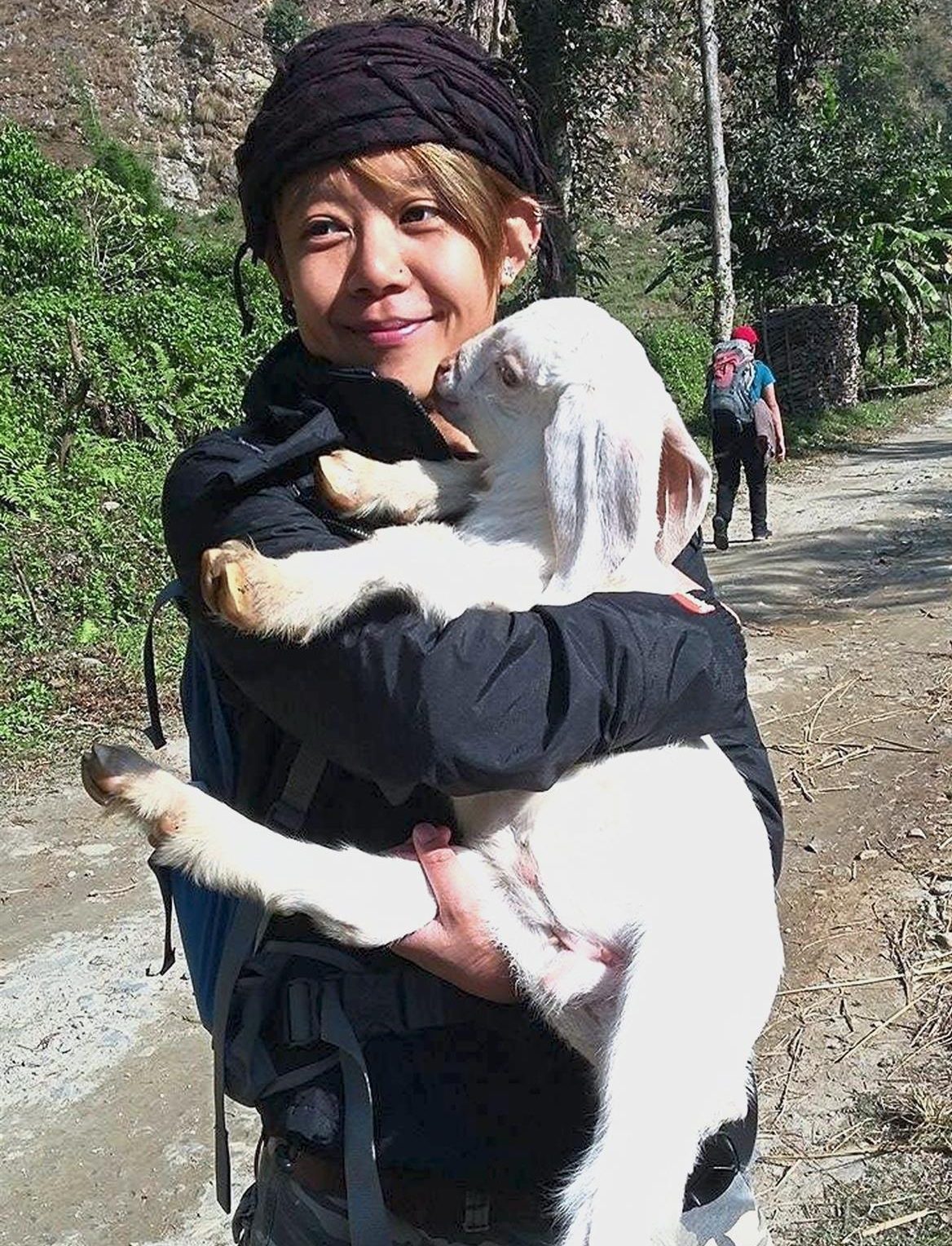 When she started her travels, Lim had no camera or phone to document her travels. She was dedicated to finding ways to make her travels as budget friendly as possible. Calling her journeys backpack budget conscious, she quickly learned how to make traveling the world a reality. 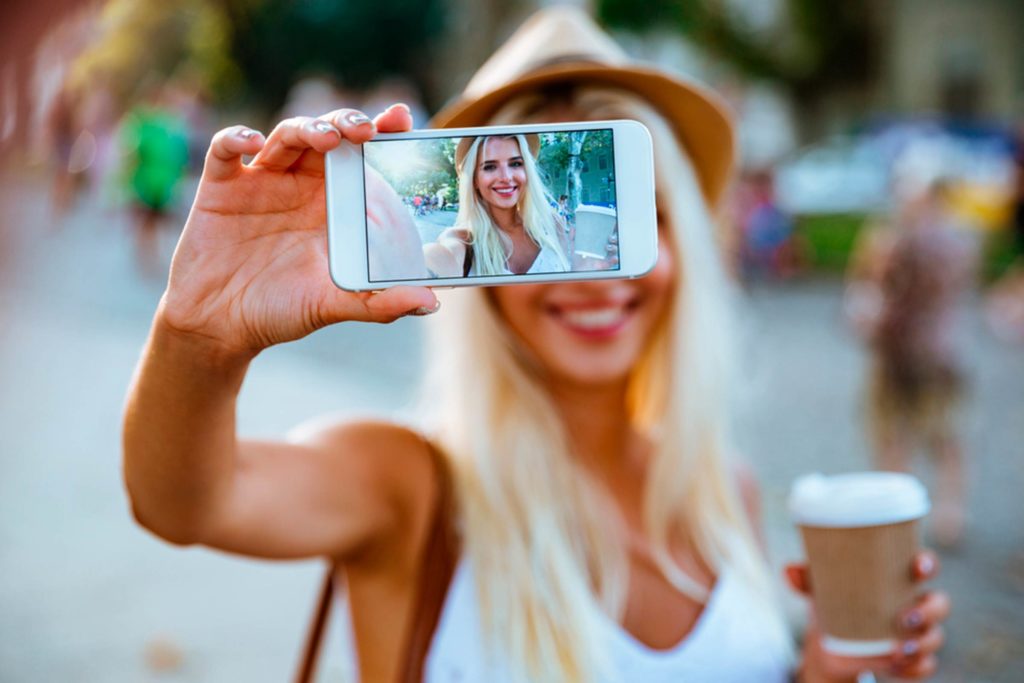 With the popularity of smart phones with cameras Lim was able to take her Kaka The Travel Hunter personality to a new level. Through social media she was able to share her travels and build a following. This would prove important once she obtained the egg. 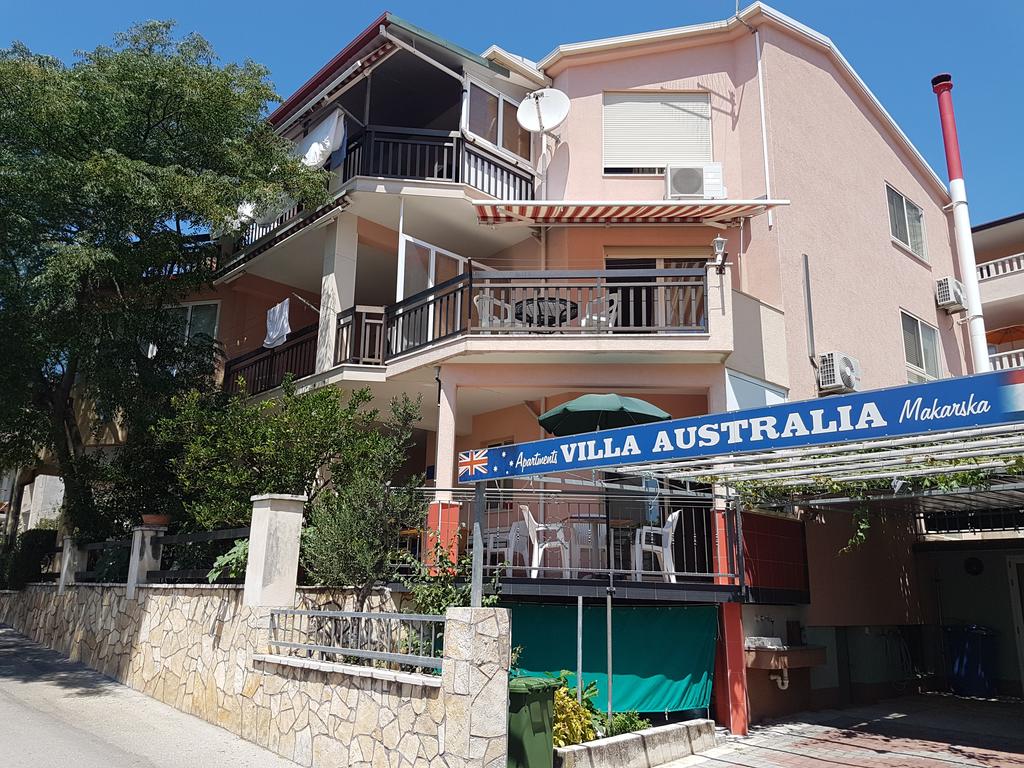 Speaking with star2.com, Lim recounted part of her travels. “In Australia, my hosts were a warm and welcoming Caucasian couple who also wanted to get to know other cultures. We even shared recipes. They liked to use the oven a lot, whether to bake their chicken or steaks. I showed them how to make simple homey dishes like ABC soup (clear boiled soup made with chunks of carrot, tomato, potato and onions),” says Lim, who even helped to cut the grass and walk their dog.

A Life Worth Living 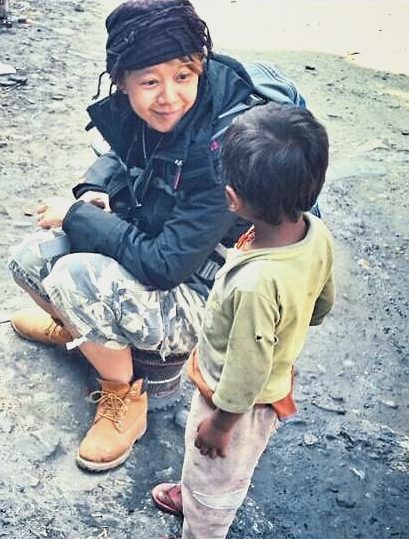 In the same interview, Lim stated that “I want to live a fruitful life. And life experience is a treasure that money can’t buy.” This is a solid insight about her character and what the future would hold. 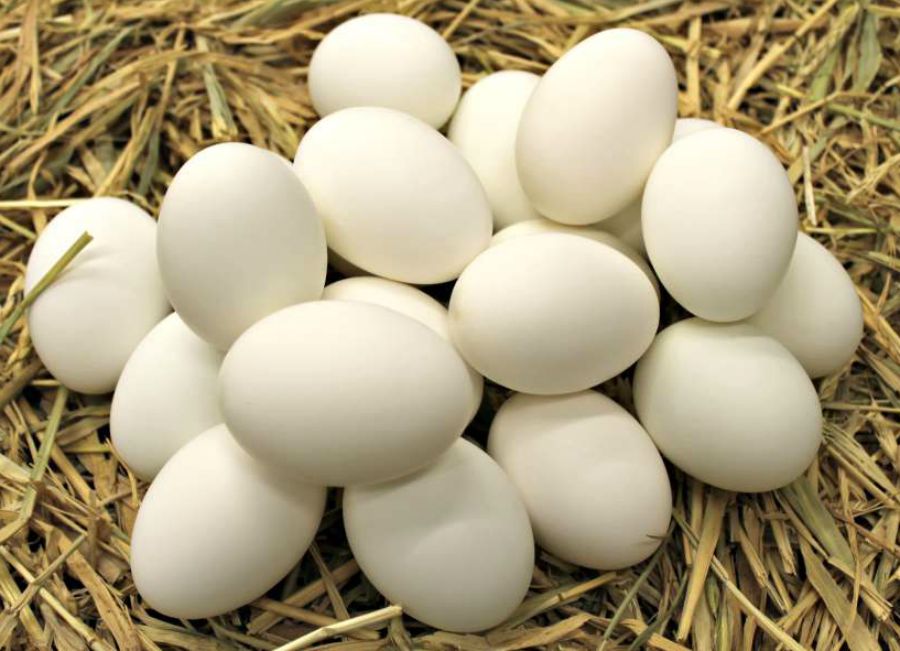 Between travels, Lim spent her time at home and visited a Vietnamese restaurant in Puchong. There, she purchased an uncooked egg for balut. She wasn’t so sure that the egg was legit, so she decided to try an experiment and see what would happen. She was likely very surprised at what would happen next.

Lim decided to start simple and create a makeshift incubator for the balut egg. To do this, she simply used a styrofoam box and some heat lamps and placed the egg inside. From there, it was a waiting game.

After two weeks of incubation, something happen. There is no info on if she ever intended to follow the path that was coming, but she embraced it in such a big way.

Welcome to the Family

After two weeks the unexpected happen and a duckling started to hatch. “Watching her emerge from the egg, I fell in love with her immediately. And that was how I became a ‘mother’ on Father’s Day in 2017,” Lim told Star2.com in an interview.

She obviously decided to adopt the duckling but had to come up with a name. She decided on Daisy, but she often calls her Bibit. The two grew inseparable almost immediately.

The surprising thing was just how personable Daisy was. She loved to rest on the couch, watch TV and splash in any body of water she could find. But the story doesn’t end with Daisy. A chain of events would continue based on this birth.

Ducks aren’t usually kept as pets. This may have more to do with the fact that they are seen as simple minded birds. Daisy and Lim changed many minds, starting with friends and neighbors. Many adopted ducklings and a neighbor even hatched one from an egg, which Lim was on site to help with.

Using social media already, Lim decided to start a daily journal of Daisy’s growth, which has helped raise some awareness of just how great ducks can be as pets.

One thing that Daisy brings to the table that more traditional pets can’t is the fact that (being female) she is able to lay an egg every 25 hours. Since the egg is never fertilized, it is similar to what you would buy in any grocery store. A free egg a day is not a bad deal.

Daisy has grown, day by day, in front of peoples eyes, all recorded through images on instagram. She is a well mannered and constant companion for Lim and has grown quiet a following on her instagram feed.

A Story That May Continue

what we enjoy the most..when mama at home=)#mypet #duck #love

As Daisy continues to grow in popularity online, her story may inspire others to look at balut in a different way. After all, Daisy started off as nothing more than a snack. Lim decided to try something different and ended up with the most famous duck on the internet.

Better than a Dog?

Everyone will have a preferred pet, but Daisy has thrown a wrench in the general decision making. Most consider what type of dog or cat that would like, but according to Lim, Daisy is an attentive and loving companion.

A Long Life Together

We spend most of the times together. Go through life=)

Another advantage of having a duck as a pet is that they are inexpensive to care for, healthy, and require little maintenance. On top of that, they can live for up to 20 years which gives you a long time to spend with your affectionate companion.

So what comes next for Lim and Daisy? That is anyone’s guess. Daisy has already made an impact and the connection between the two is obvious. Over time, she will likely make a splash in a big way as more and more individuals learn about Lim and her best friend. Stories like these generally change minds of those that would otherwise never consider an animal such as a duck as anything more than something to feed at the park, or a loud annoyance in the morning.