Mom Caught on Tape Has Police Called On Her 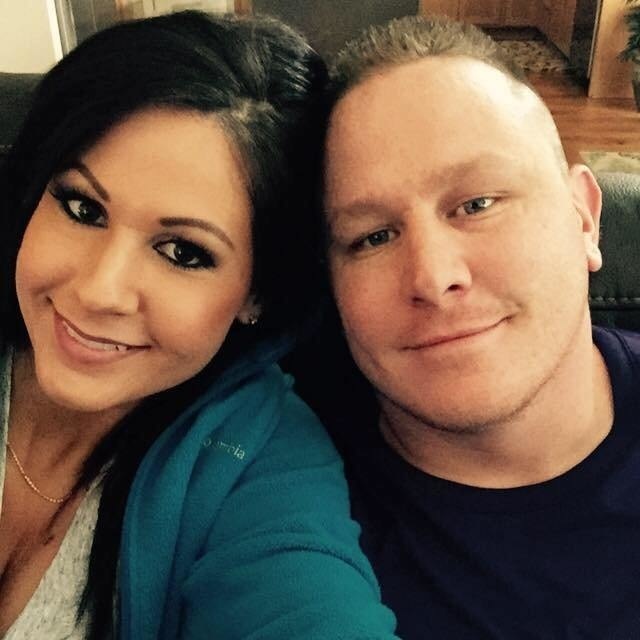 Holly Renee lives in the cold state of North Dakota. One day while she was out, she noticed something strange in the parking lot, so she decided to film it on her phone. She isn’t normally one to record strangers, but she knew she had to do something when she saw this mom. 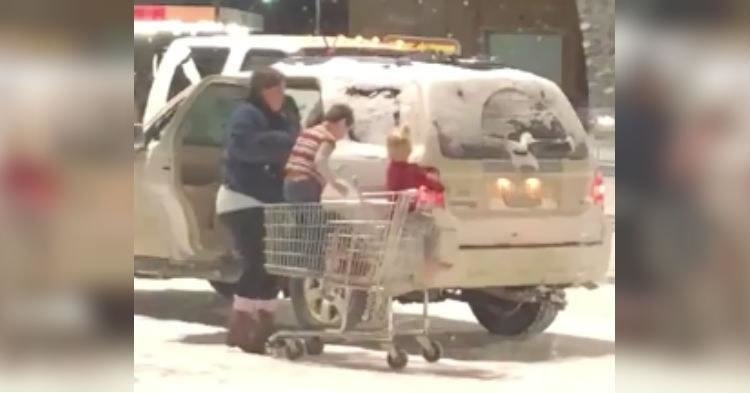 North Dakota can drop to below zero degrees in the winter without a problem. So, when Holly noticed a mom and her two children in the parking lot loading the car, she thought something looked strange. 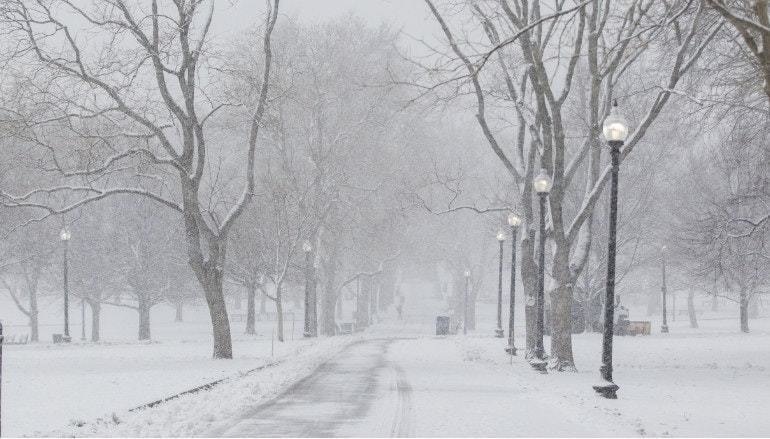 Most people bundle up when they go outside during a North Dakota winter. Coats, scarves, hats, and mittens become part of your routine. Kids should definitely be bundled up in these harsh conditions. 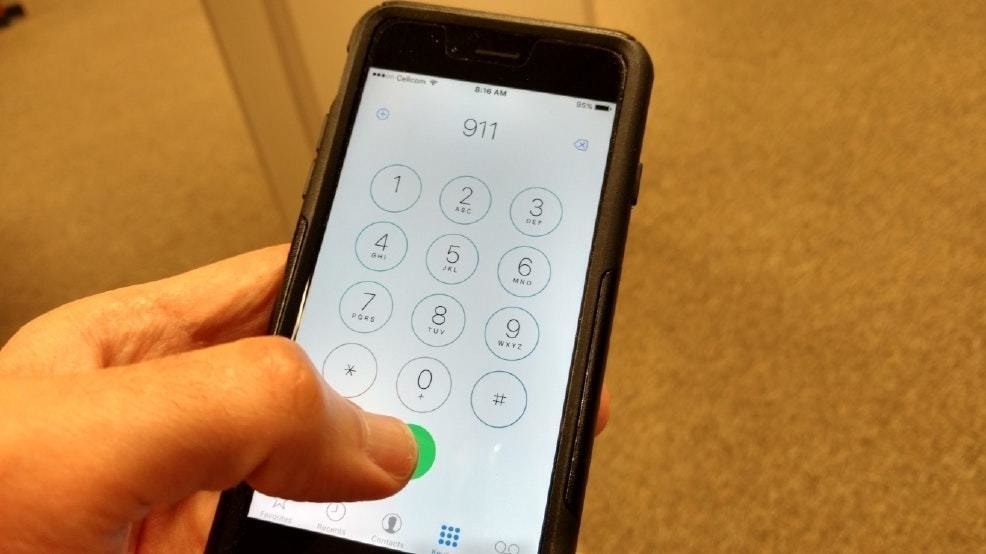 Holly decided to post the video she took of the woman in the parking lot to her community’s Facebook page. Many people commented about how the woman was acting strangely and should put a coat on her children. 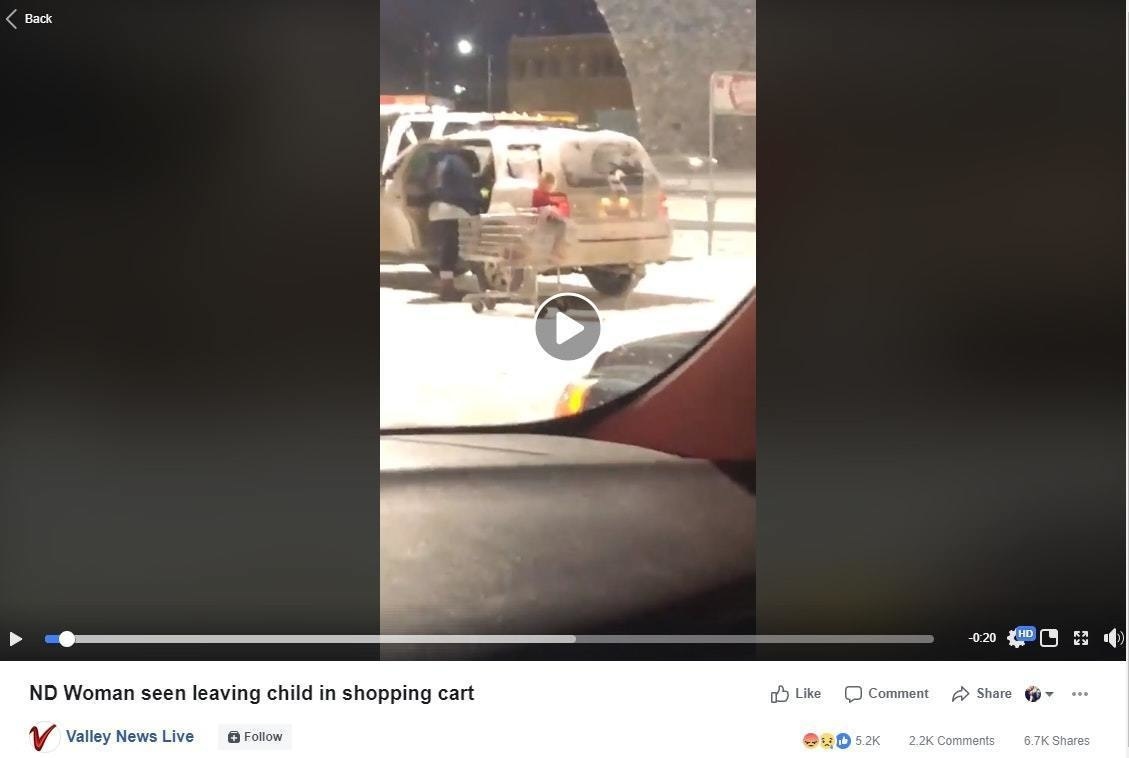 The local news station even caught wind of the story and decided to do a segment about the video. “The largest issue is that she is willing to do this in public, what goes on at home?” someone commented. 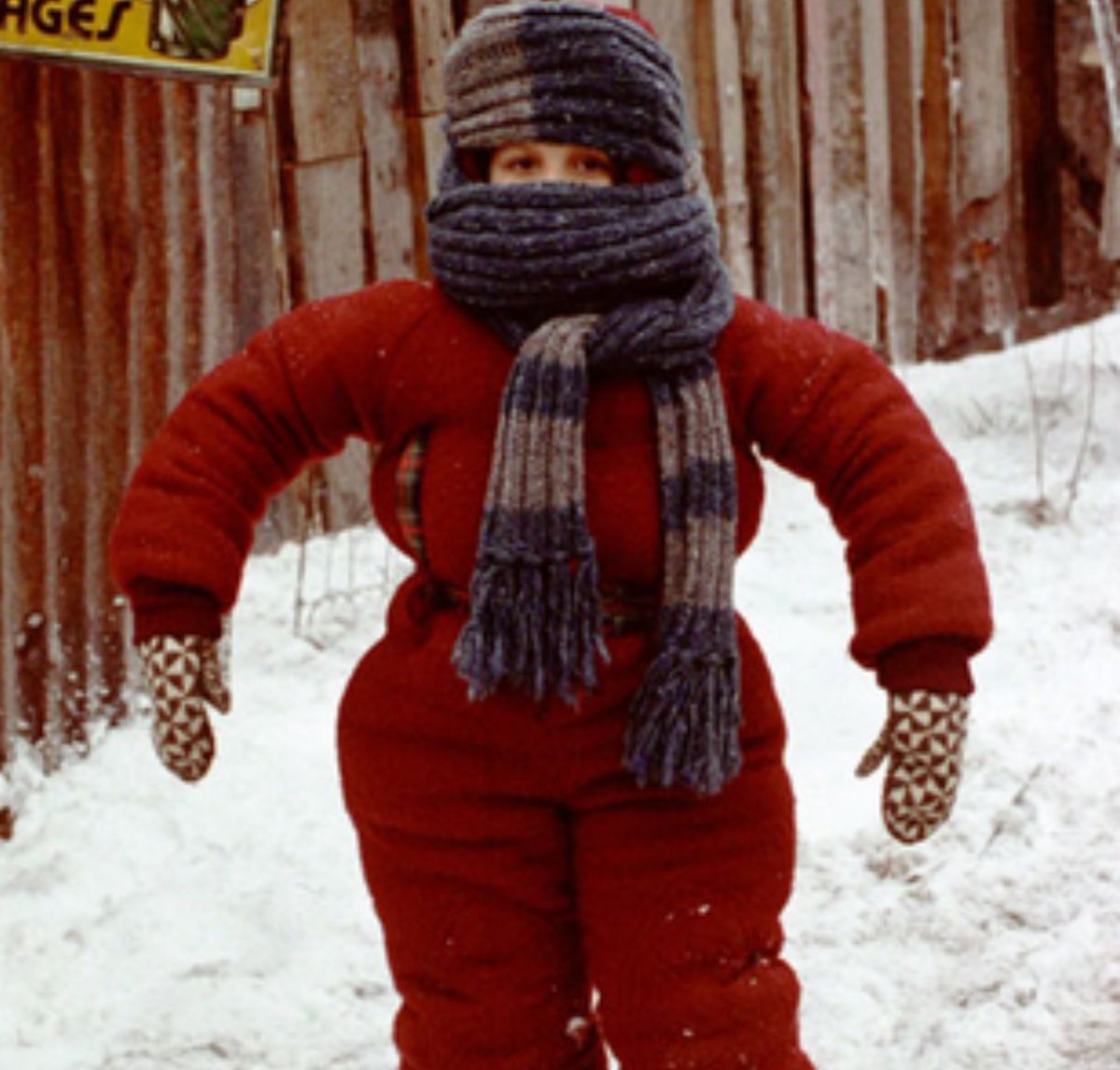 It’s common sense to dress you child for the weather. That means putting them in a coat and hat during the winter, not letting them go out in a t-shirt. The worst part about this situation is that the mother was wearing a winter coat while her children were not. 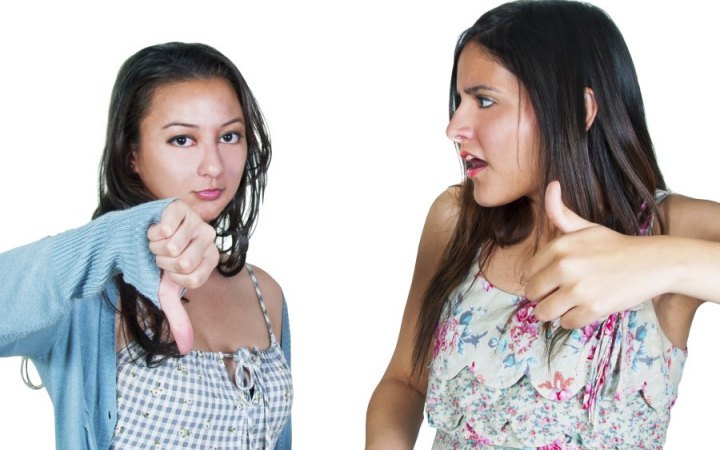 Mom-shaming has been a controversial subject lately. Some people believe parents have the right to raise their children how they want while others believe parents should stick to the norm. “Shame on everyone bashing this mom based upon 12 seconds of parenting,” one person said.

Getting the Police Involved 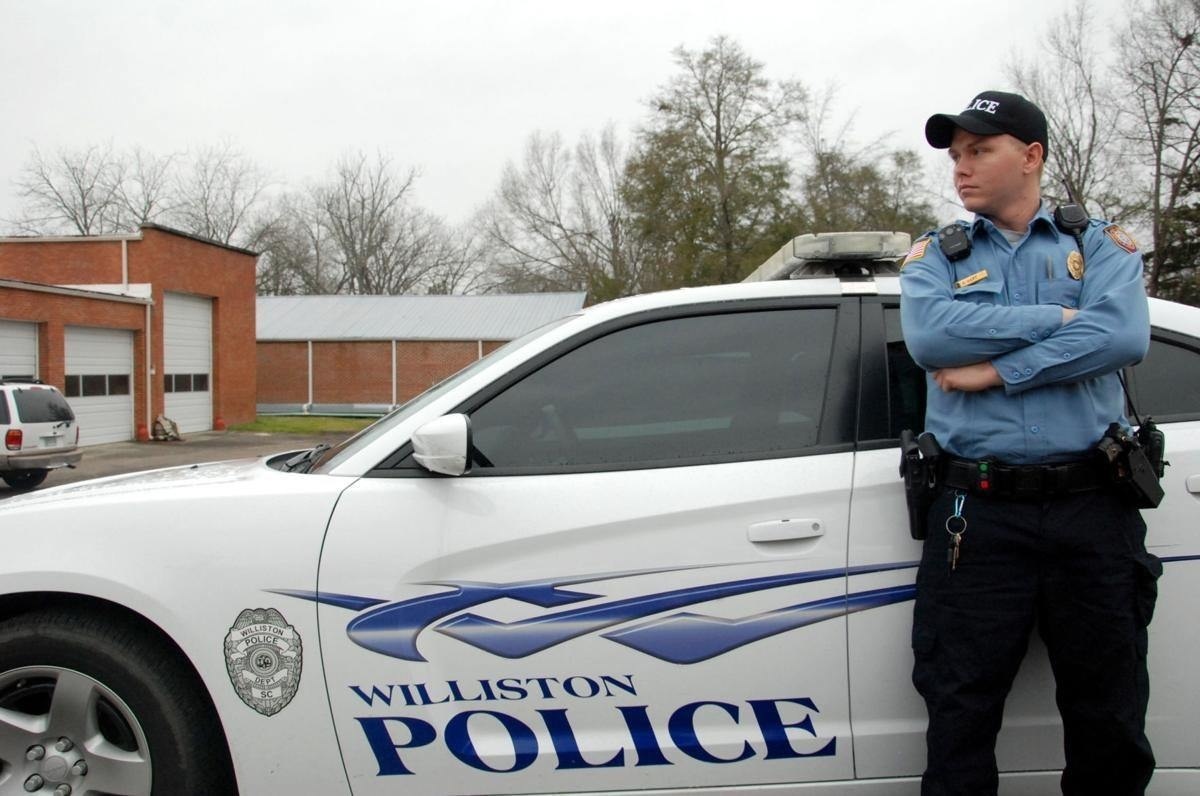 Some people even called the police on this woman. “We are told the Williston Police Department have identified the woman and children involved,” a local resident posted on the video. 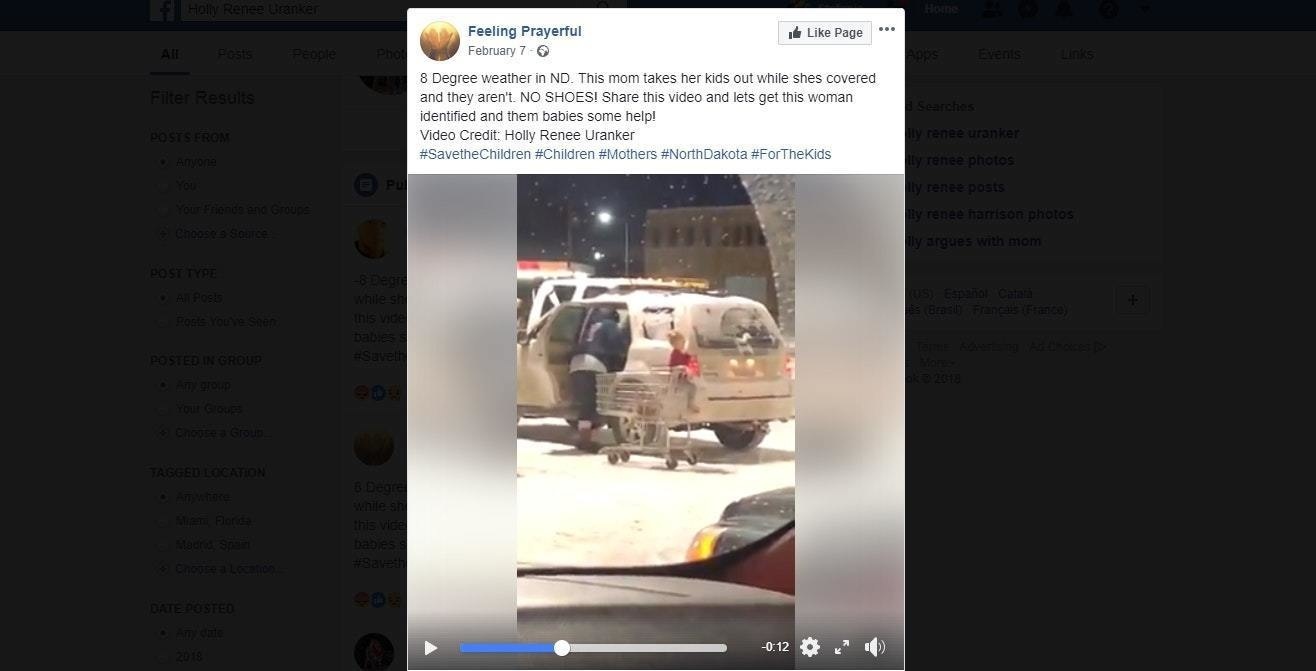 The video went viral, which meant there were even more opinions to be heard. Some people condemned the mother who didn’t put a coat on her children. Others condemned Holly for taking and posting the video. 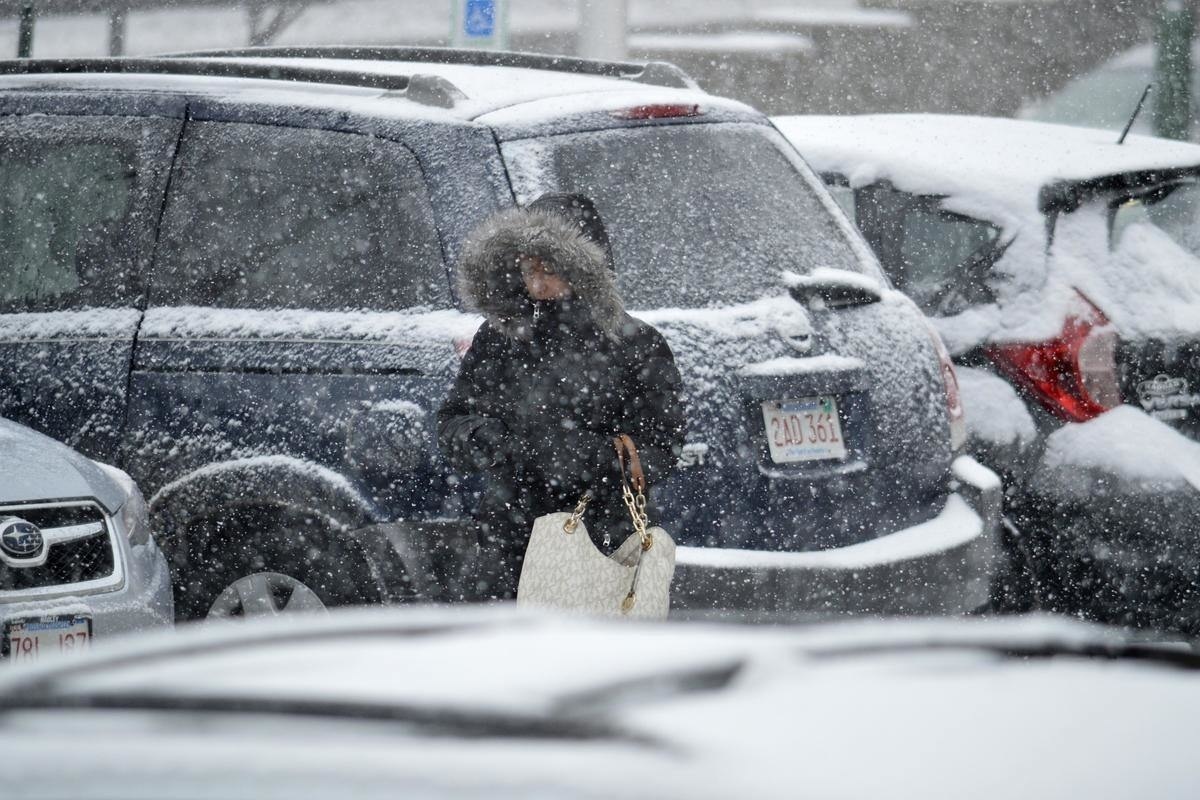 This embarrassing incident was viewed 2.9 million times online in just 18 hours. The police were going to make a house call to the woman in the video. 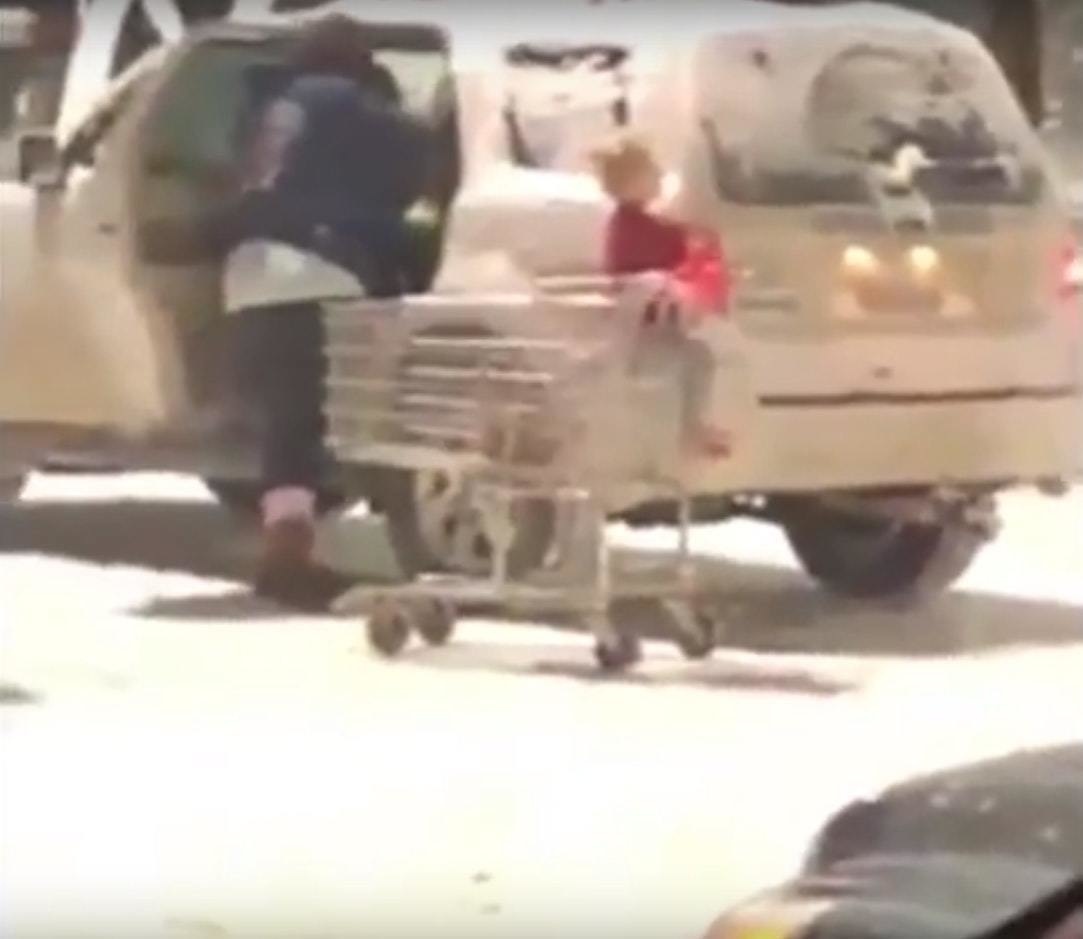 The temperature when this video was taken was 8 below zero in North Dakota. One of the children is in a long sleeved shirt and no shoes or socks. She is visibly cold and rubbing her arms to stay warm. 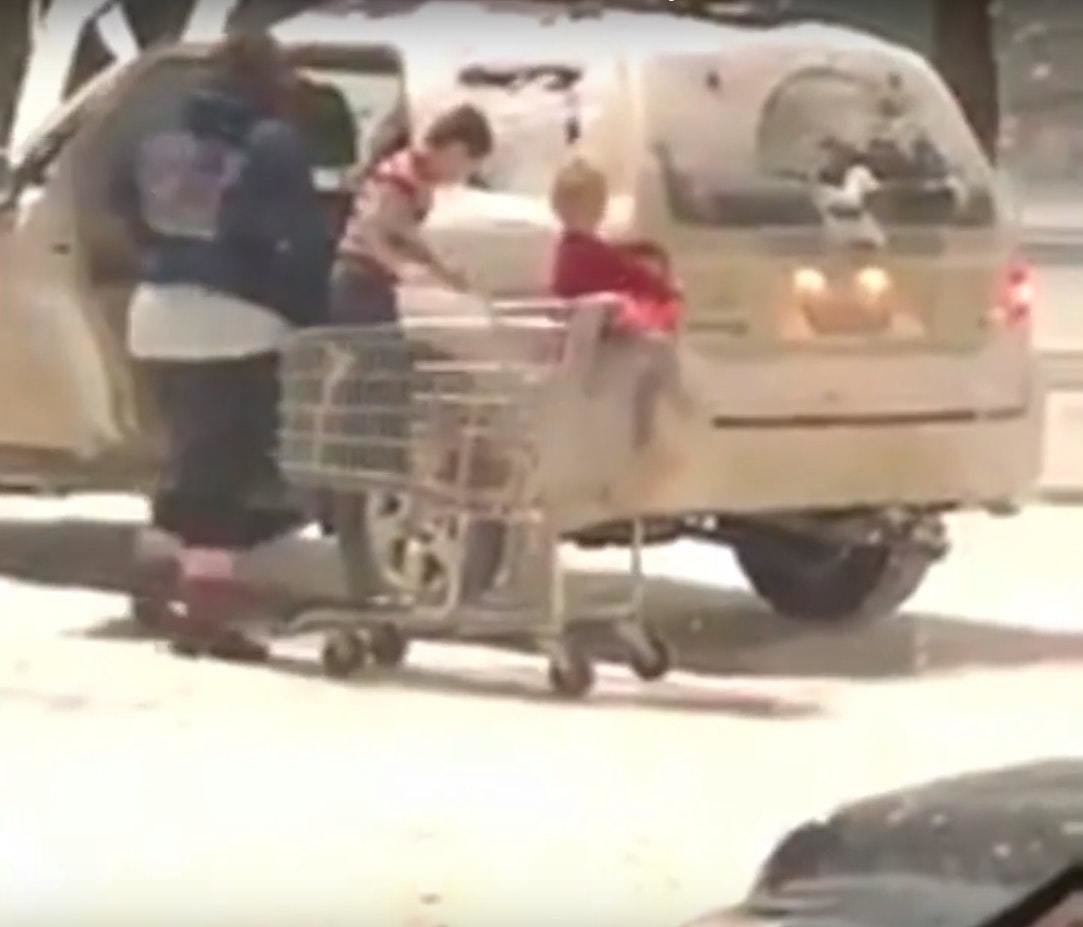 In the video, you can see the mother yelling at her son for jumping up and down in the cart trying to stay warm. He also is not wearing shoes. 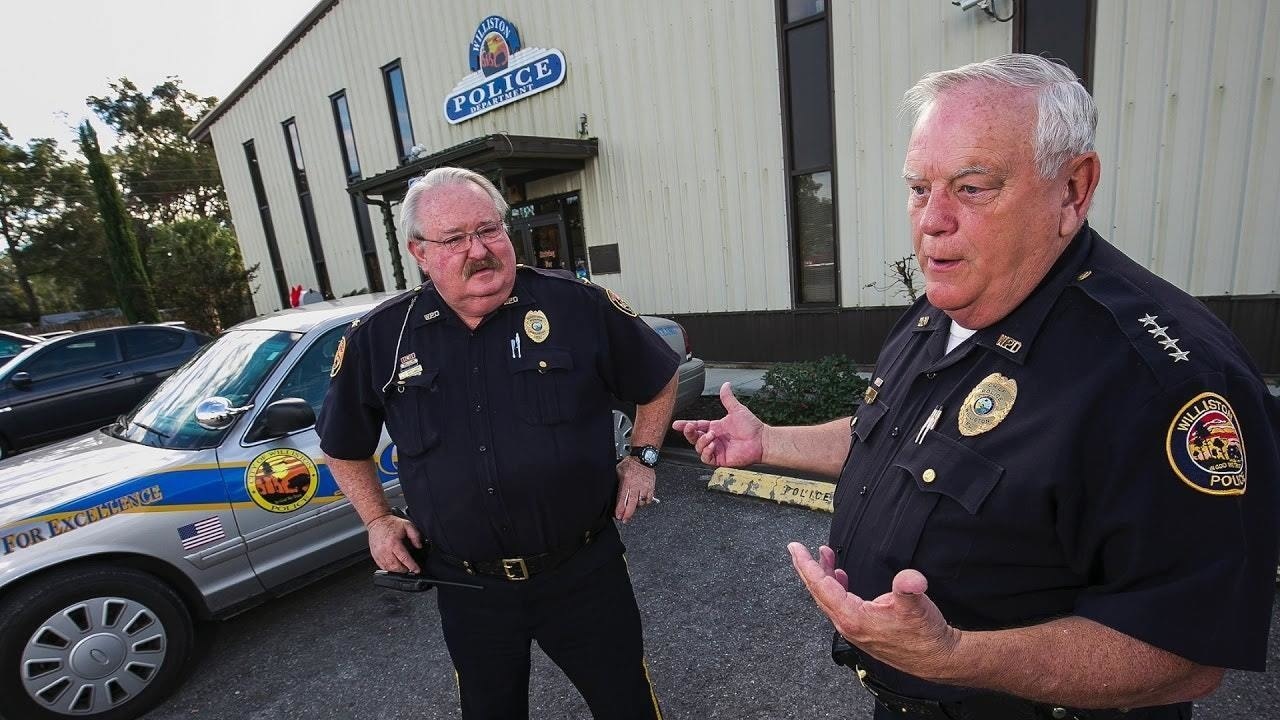 The mother in the video had absolutely no idea about the video that was posted online. She was pretty surprised when the police opened an investigation into her. 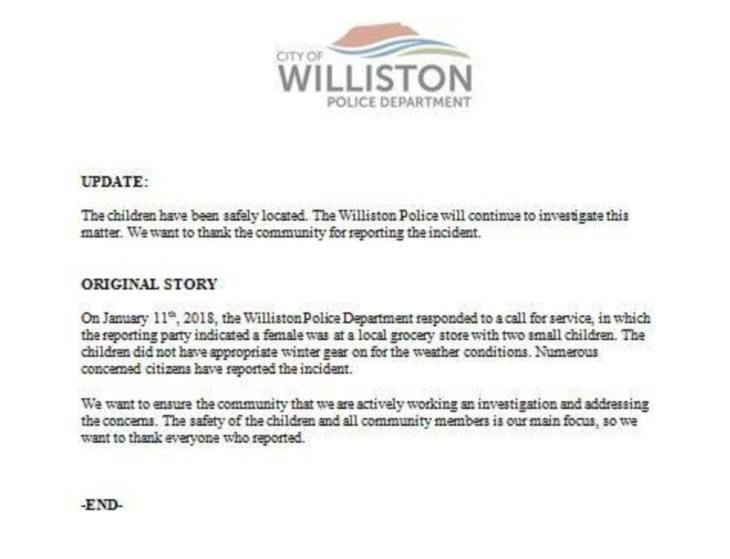 “The children did not have appropriate winter gear on for the weather conditions. Numerous concerned citizens have reported the incident. We want to ensure the community that we are actively working an investigation and addressing the concerns. The safety of the children and all community members is our main focus, so we want to thank everyone who reported,” the police wrote in an official statement. 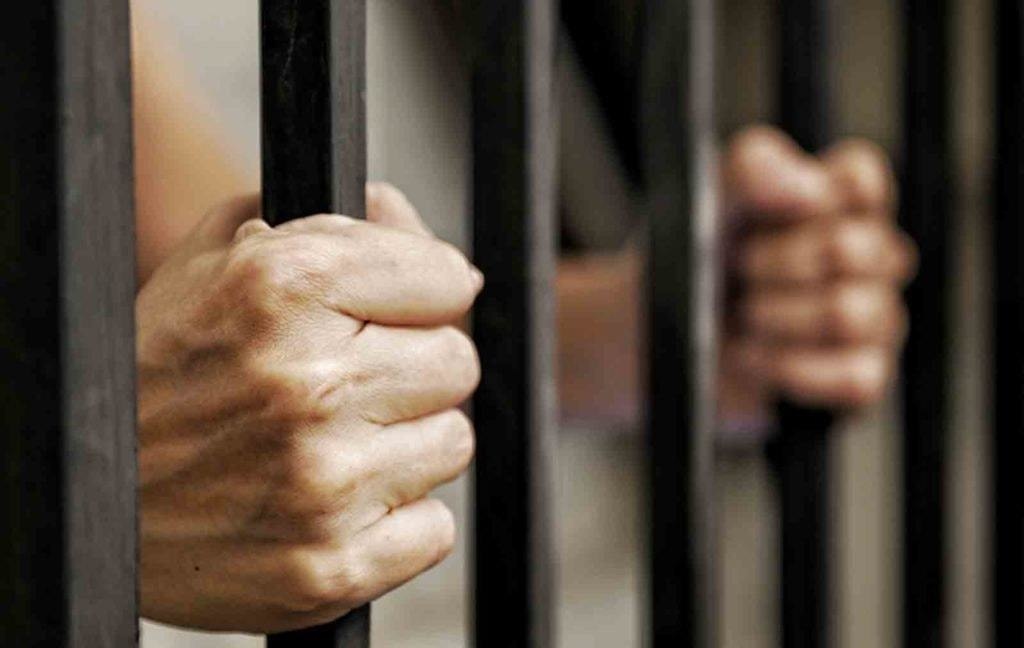 Some people were so upset that they wanted the mother to receive jail time for her actions. The police were able to locate the children and determine that they lived in a safe environment. 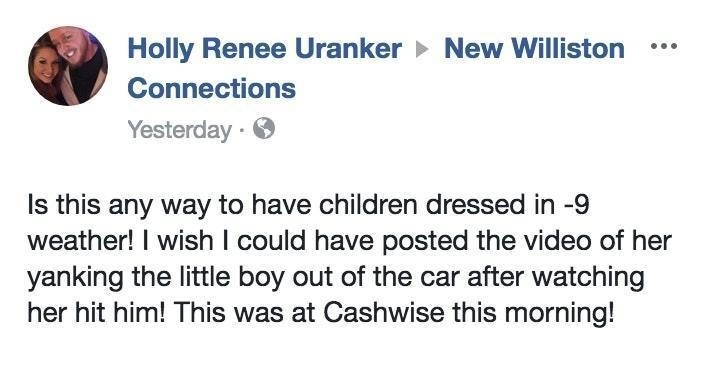 Holly was furious about what she saw in that parking lot. Along with seeing the children so cold, she witnessed the mother hit one of them. 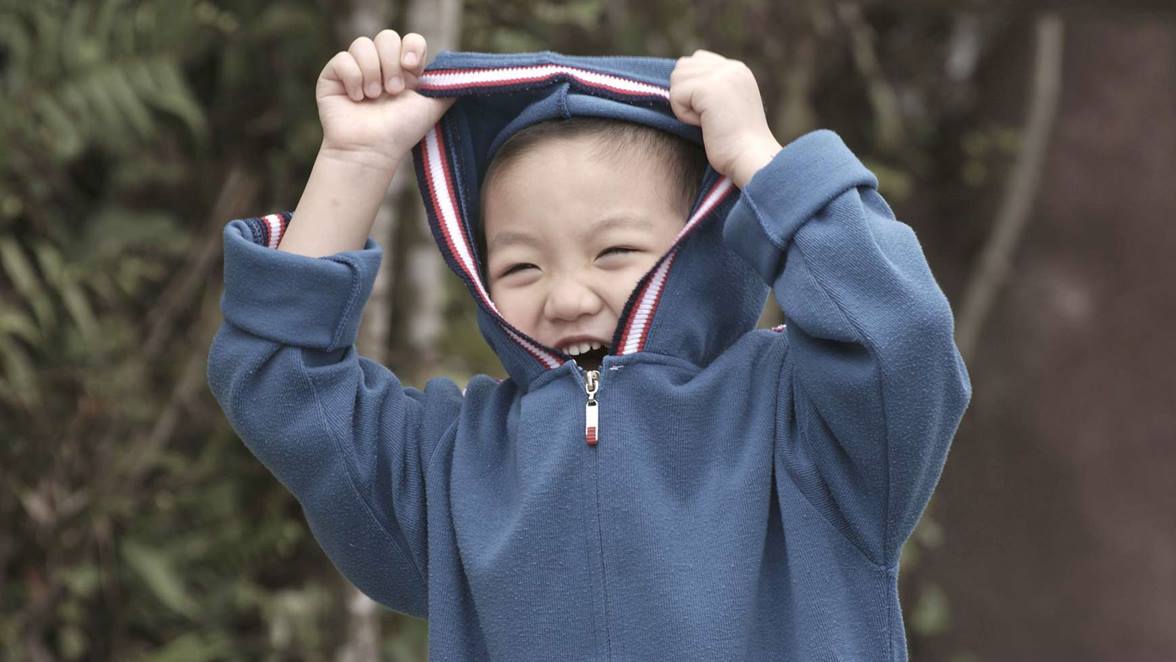 Anyone with little kids can tell you that it’s hard to get your kid to put on a jacket. Some kids suffer from sensory issues that make wearing a coat unbearable. So, some parents were curious as to how to go about this problem.

The reality is that there are many different types of parenting styles out there. No one parent is right in the way they raise a child. While this mother should not have hit her children and kept them warm in below zero temperatures, other parents shouldn’t be so quick to judge her.