Owl Stuck In Barbed Wire Gets Help And Flies Away

There’s nothing we love more than a heartwarming rescue story. When this owl got stuck in some barbed wire he was in complete and total shock. Things weren’t looking so good until a firefighter came and decided to be a hero. 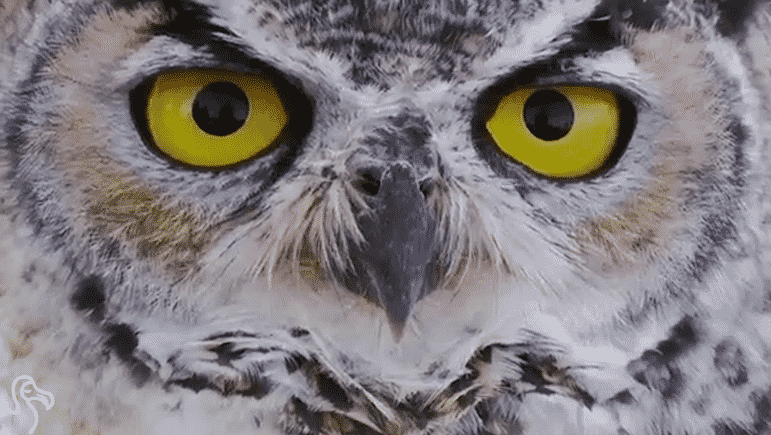 Believe it or not but firefighters happen to do more than set out fires. In fact, many of them go out of their way to help rescue animals in bad situations. That’s how one owl got the rescue of a lifetime. 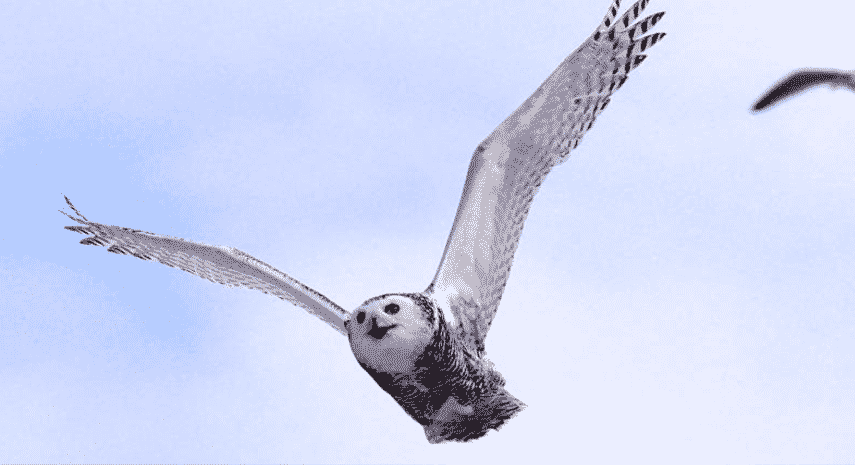 An owl was flying around in China Grove, Texas. The male owl was just minding his own business when he suddenly got himself into a terrible situation. So what happened?! 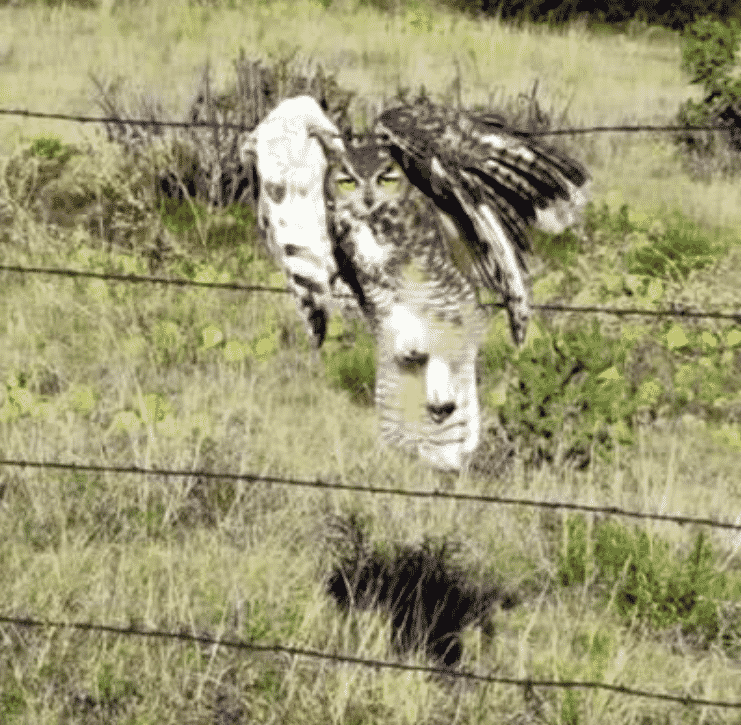 The poor owl was so focused on flying that he flew right into a barbed wire. He was then stuck and completely unable to move. It was a real shock for the poor owl. 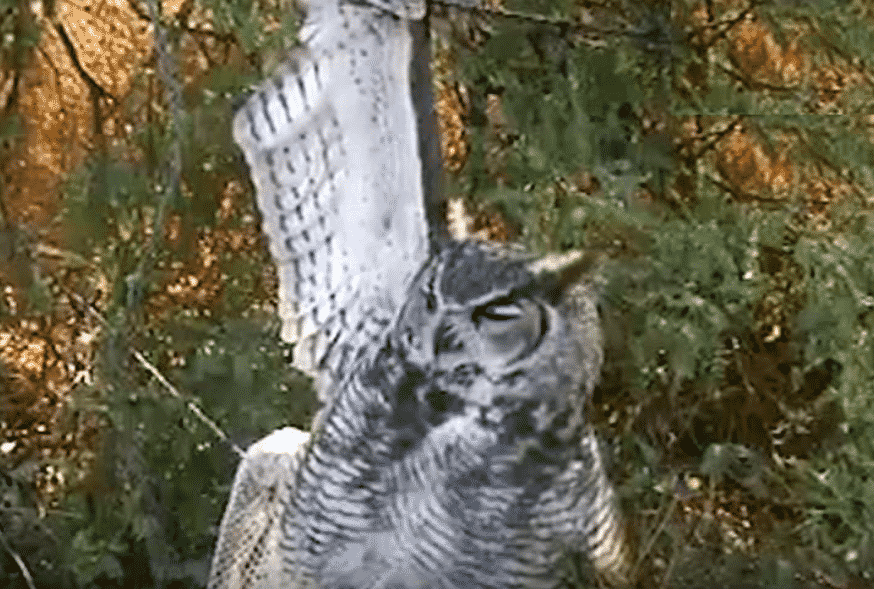 No matter how hard the owl tried to flap its wing the barbed wire wouldn’t let go. The owl was in a state of shock and it looked as if things weren’t going to get better. Then a miracle happened. 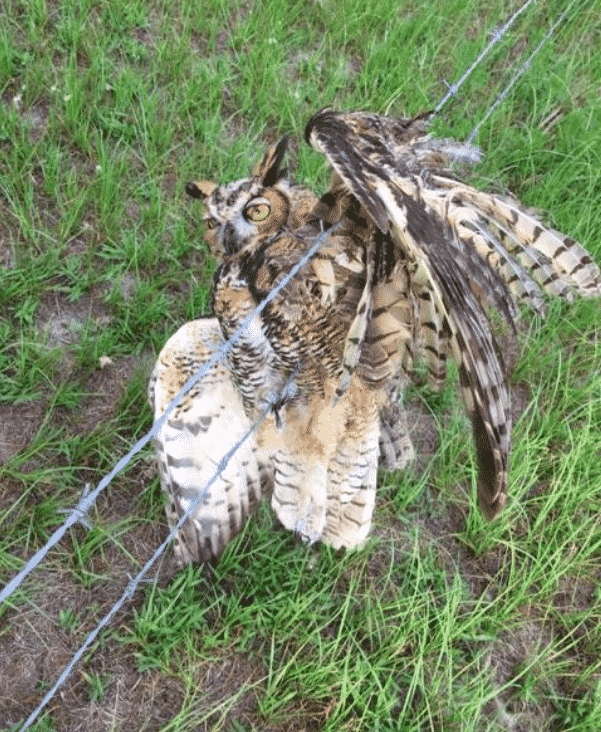 Suddenly, some locals from the area where walking around and quickly spotted the owl. They walked over to the owl and attempted to help but they saw that the situation was more complicated than expected. That’s when they called for help. 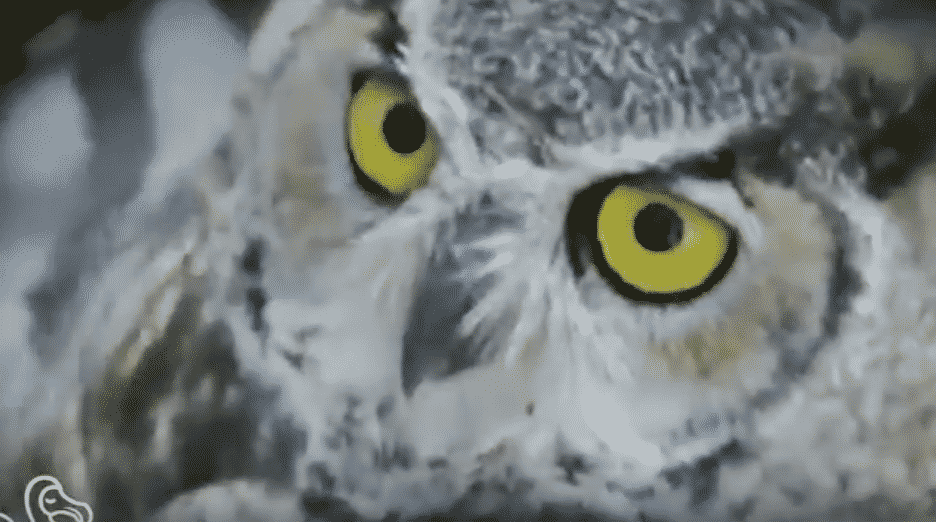 The locals quickly called for help and explained the situation. The local fire department was alerted to the situation and they rushed over to help the poor owl. After all, every minute counted as the owl was in distress.

Finally the firefighters arrived on the scene. They were so shocked to see that one of the barbed wires had completely pierced through the owl’s wing. The firefighters quickly got to work.

Grabbing some tools, one of the firefighters began to cut the barbed wire off. He made sure to do it very carefully in order to avoid hurting the owl. Finally, he was able to remove the barbed wire. 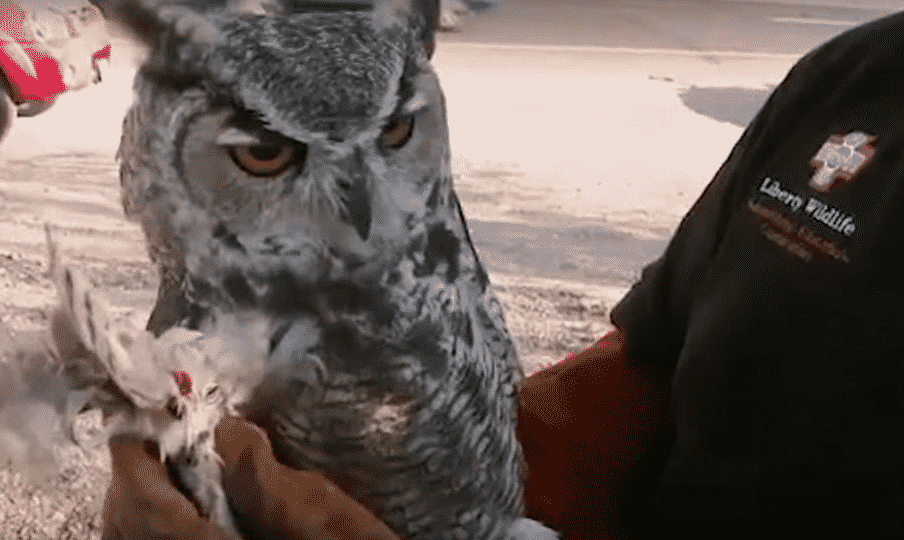 Once the firefighter had removed the owl from the barbed wire, it was time to get the owl the help he needed. The wire had pierced right through the wing and it was imperative that a vet look through the wound.

The owl was then brought over to a treatment facility where he was looked over. The vet looked over the wing and gave his prognosis. So what would become of the owl’s wing? 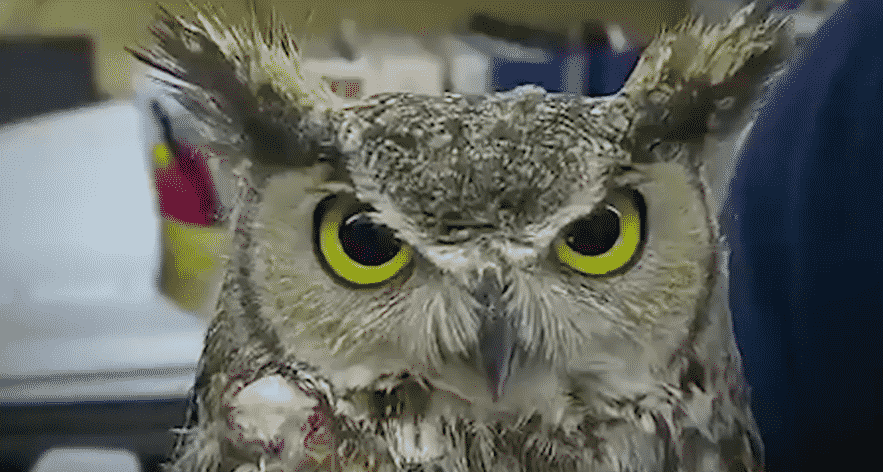 The owl was given some very good news as the vet said that the wing would be able to heal properly. The owl was then kept at the local shelter while he regained his strength and got better. 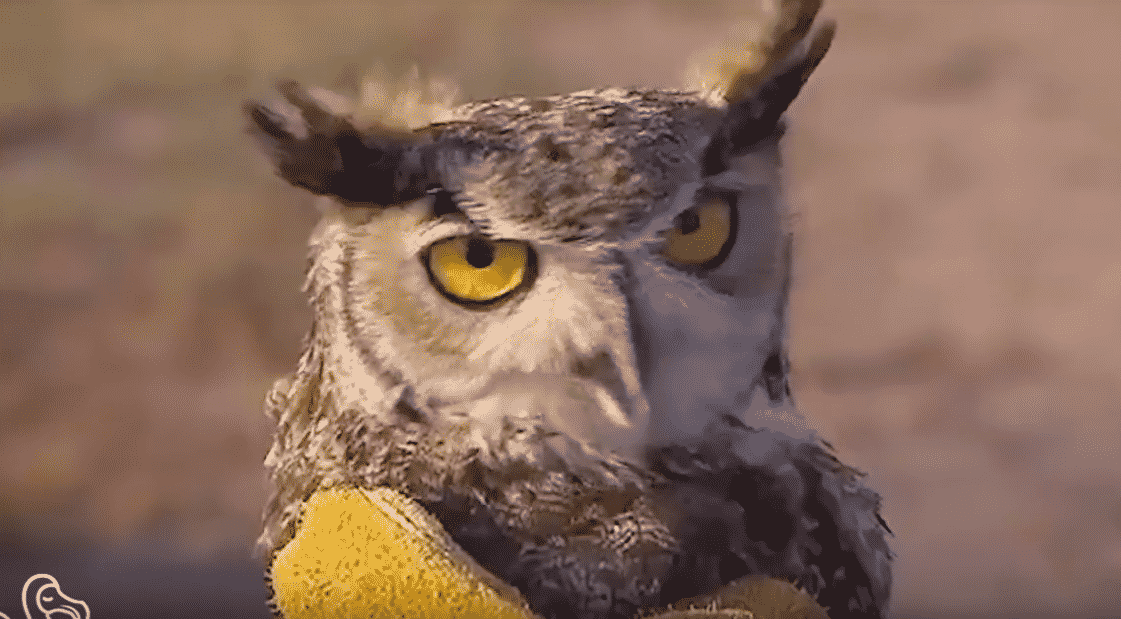 The owl was then able to make a full recovery and it was finally time for him to be released back into the wild. Rescuers brought the owl out into the wild and started the release process. 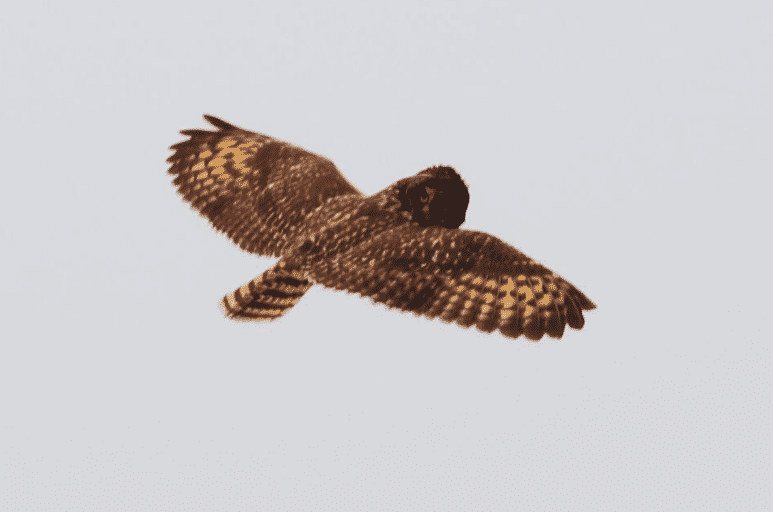 The owl was then released from its cage and into the wild. As soon as the cage was opened the owl embarked off and flew into the woods. The rescuers were so happy about how well he recovered. 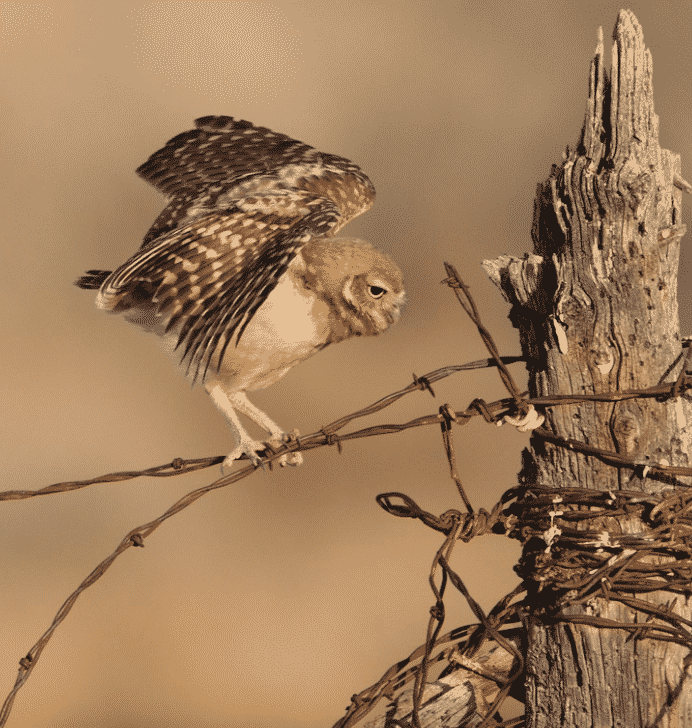 You may not believe it, but owls get trapped in barbed wire more often than you’d think. They pose a huge threat to owl’s as many of them don’t spot them as they’re flying around. Recently, another owl in Seligman, Arizona got stuck in some barbed wire. 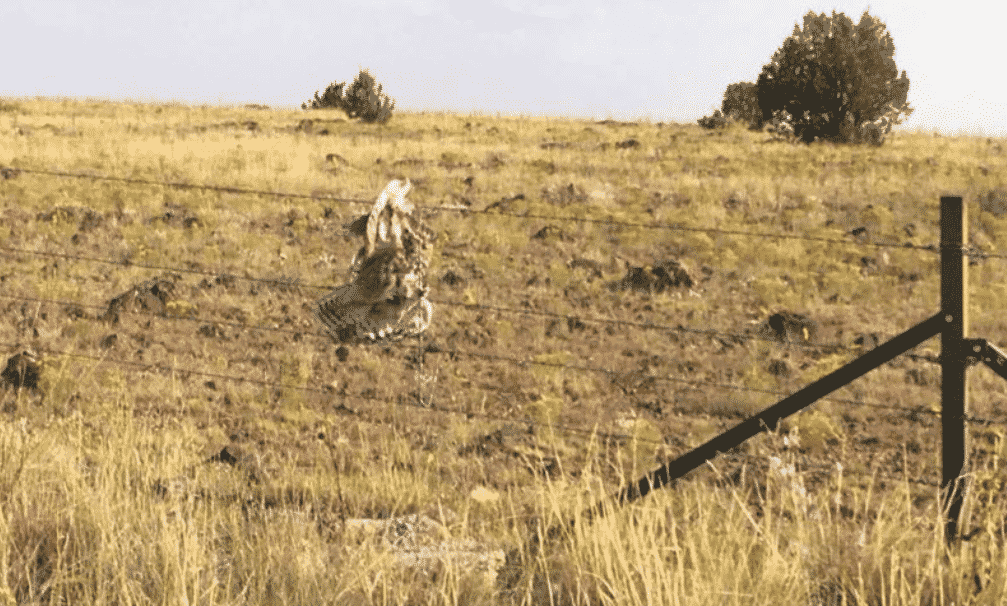 Deputy Ted Bumstead of the Yavapai County Sheriff’s Office was making his way around town when he noticed something very odd. There in the middle of some barbed wire was a Great Horned Owl. The poor owl was trapped! 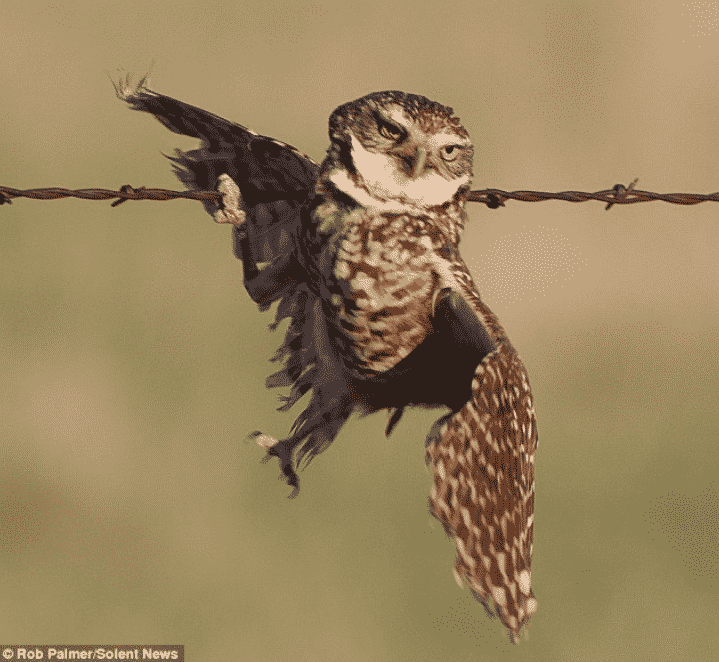 As the deputy walked closer to the owl, he noticed that the owl’s right wing was completely wrapped up in the barbed wire. The deputy, who had previous experience handling birds, decided that he would go over and figure out a way to rescue the poor owl. 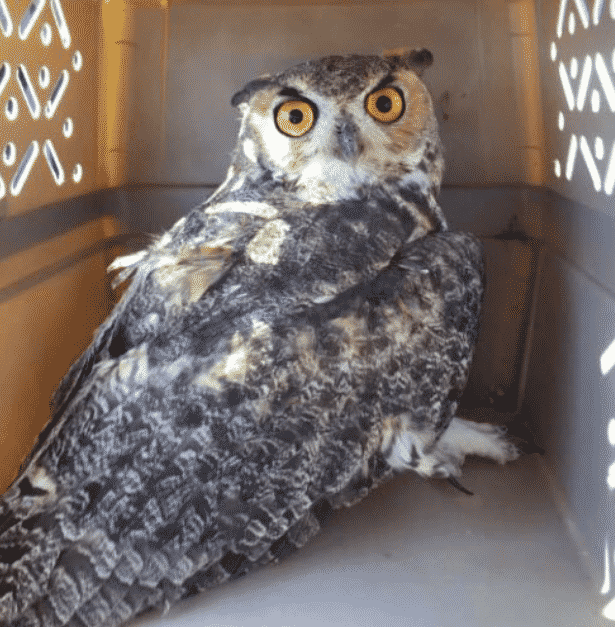 The deputy began to work his magic by unwrapping the barbed wire from the owl’s wing. However, once he did that he realized that the owl would need some more professional help. So she was brought over to Arizona Game and Fish Department (AZGFD). 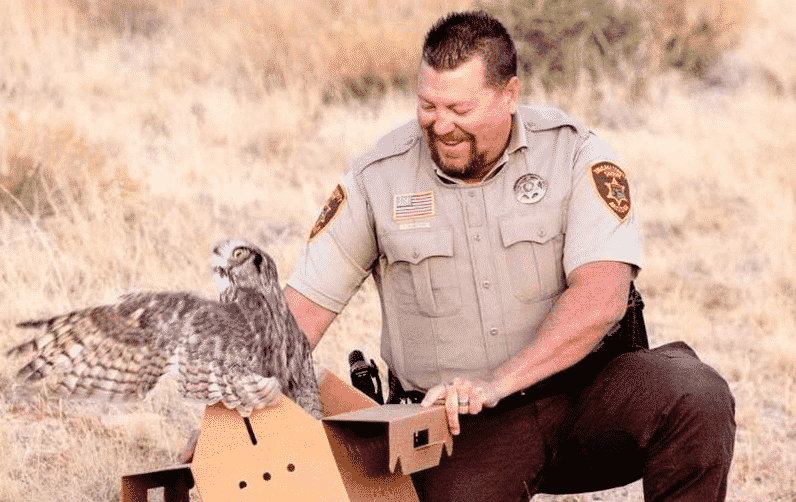 The owl was then transported to Liberty Wildlife campus in Phoenix for treatment and rehabilitation. For the next couple of months, the owl was supervised and nursed back to health. Then it was finally time to bring her back to the wild. 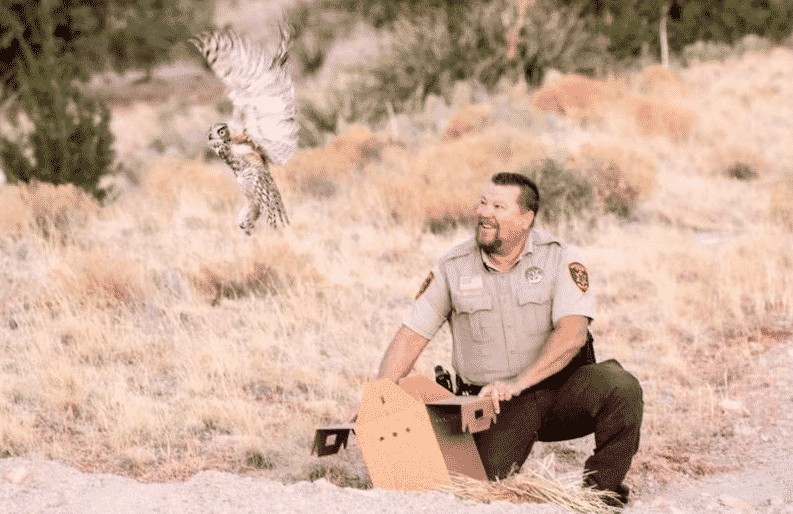 Once the owl had completely healed, she was brought back to the wild. She quickly flew away as soon as she was released and looked happy to be back where she belonged. 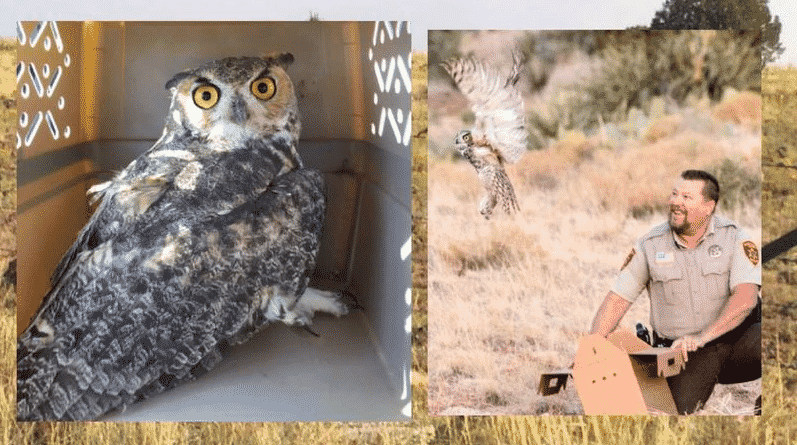 Thanks to these wonderful rescuers, these two owls were able to escape a pretty bad ending. Now they have both been released back into the wild where they belong!