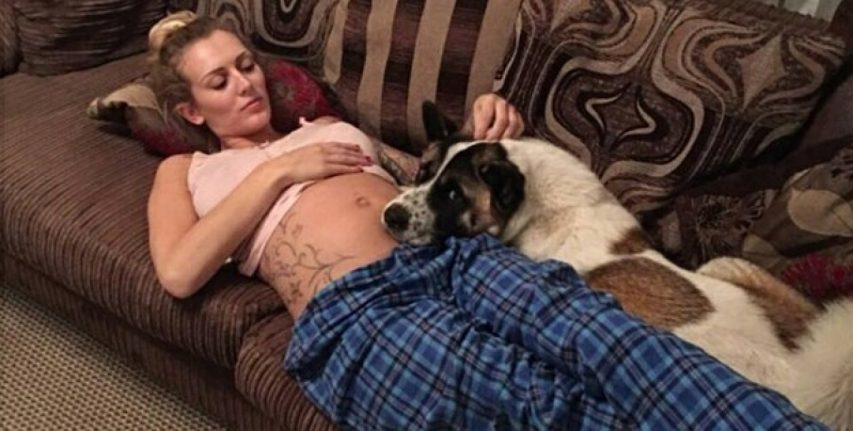 Dogs have an extra sense where they can tell something isn’t right. Whether it’s an intruder in the house or an earthquake about to happen, dogs seem to know things before they appear.

Lana Butler’s dog warned her of a danger while she was pregnant by barking at her belly for hours. Lana couldn’t tell what was going on with her Akita, but she was amazed when she finally figured it out. 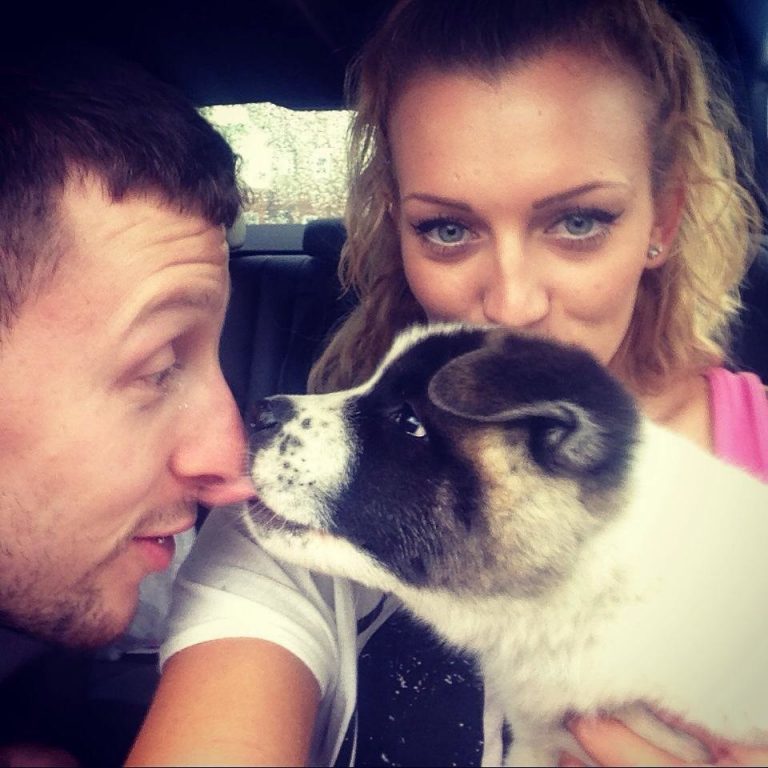 Dogs have a sixth sense. They can warn people of danger before we even know it’s approaching. Lana Butler and her fiance, Ricky, discovered that their dog, Keola, had something important to warn them about. 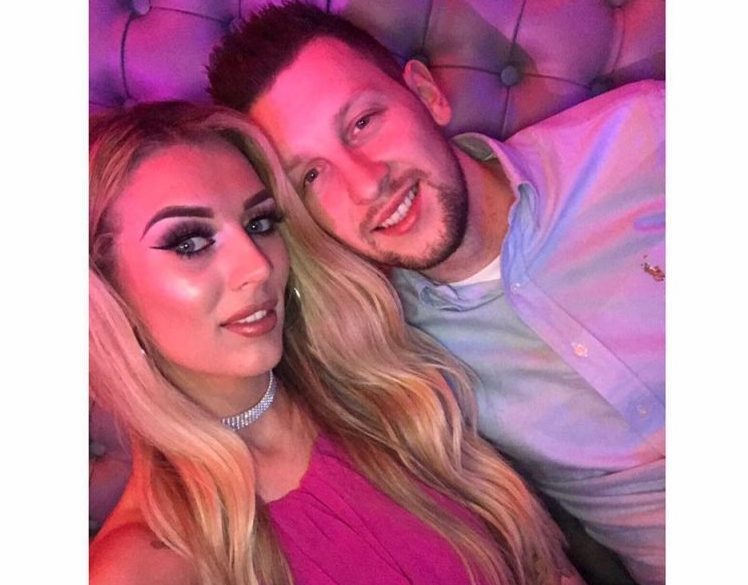 Lana and Ricky had spent a long time trying to get pregnant. They wanted to start a family of their own. Finally, Lana discovered she was pregnant. It was an exciting time for the couple.

Keola wasn’t as happy about the pregnancy as the couple. She started act strangely towards Lana by whining and staying extremely close to her. 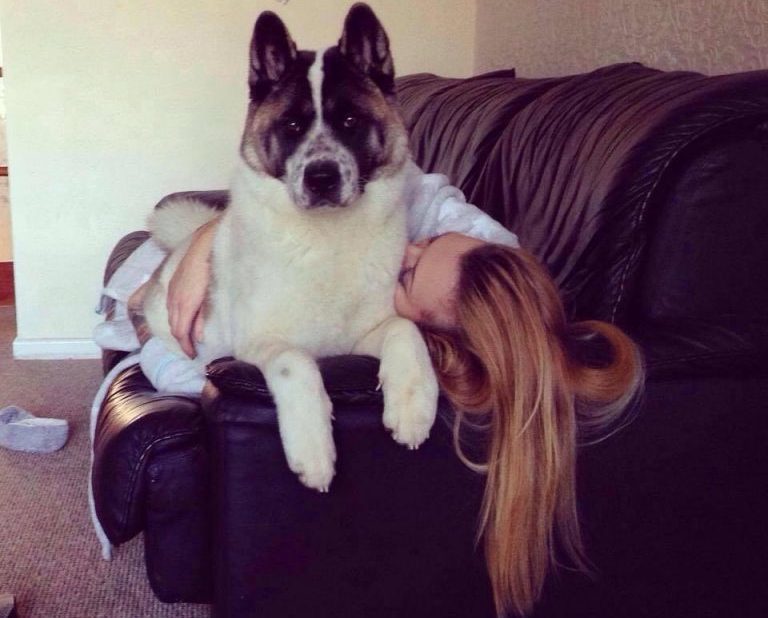 Unsure what was going on with the pup, Lana decided to ignore Keola’s behavior and kept going about her life. Little did she know that her dog was trying to tell her something important. 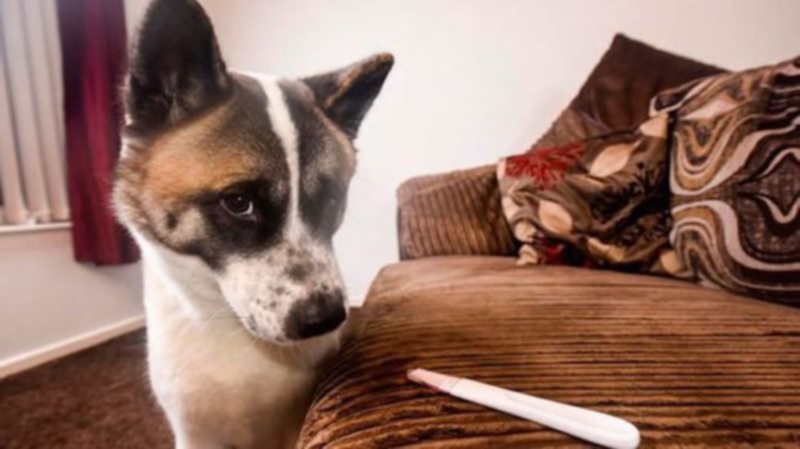 Lana’s pregnancy was going well without any complications. The couple was getting more and more excited while their dog started acting stranger and stranger.

Ricky also started to notice that their dog wouldn’t leave his fiance’s side. He started to become worried that the dog wasn’t ready to welcome a new member to the family. 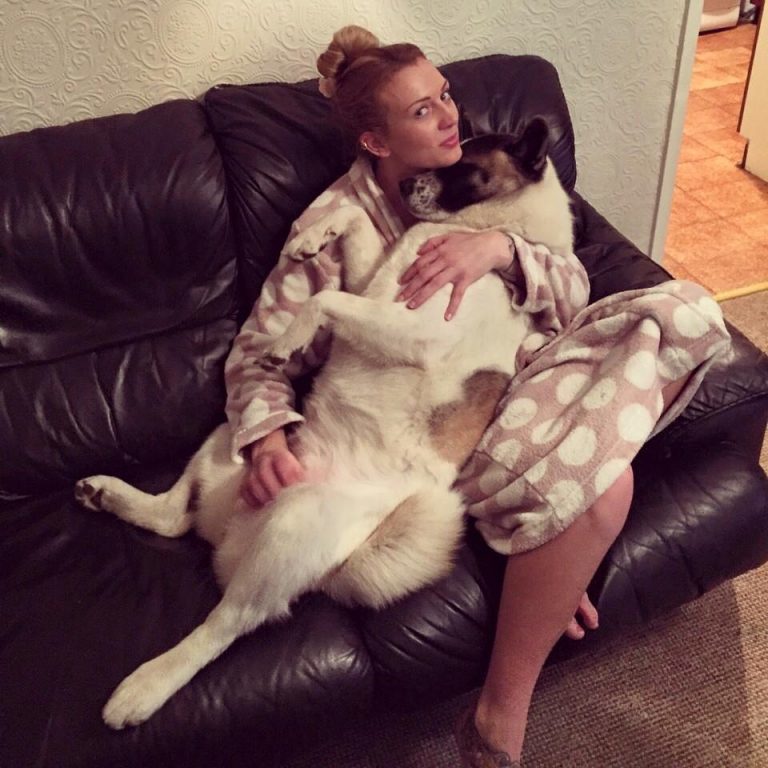 At eighteen weeks into her pregnancy, Lana felt a sharp pain in her back. The pain was so intense that she couldn’t even move. Ricky brought his fiance to the hospital for fear that the pain could mean something was wrong with their baby. 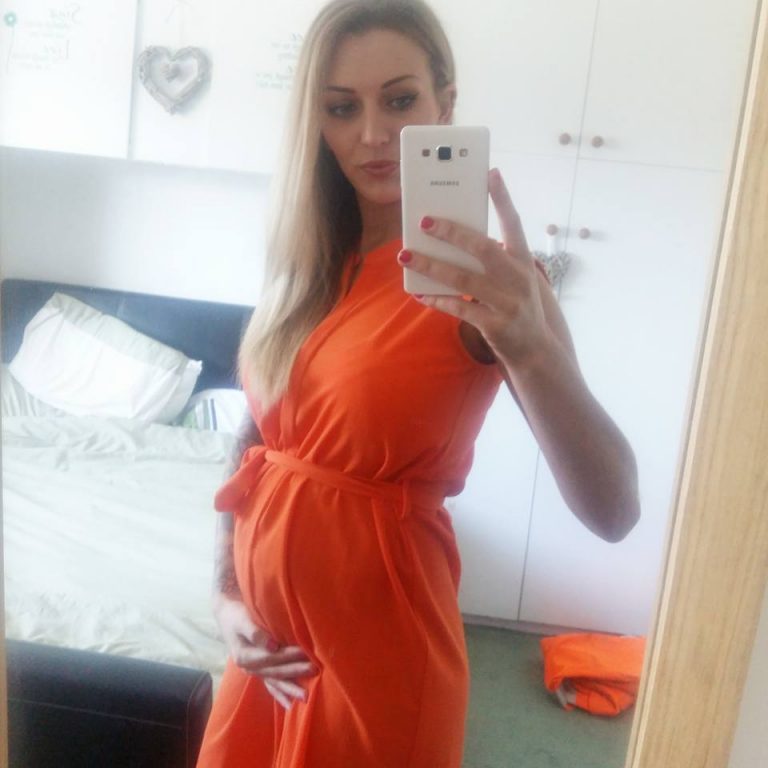 After an examination, Lana’s doctors determined that it was the weight of the baby that was causing the sharp pain in his back. Satisfied that nothing was wrong with her baby, she went home to lay down.

Listen to the Dog

Lana went on Facebook to update her friends about her experience with the back pain and how her dog kept following her around. Her friends and family recommended that she listen to her dog’s instincts, since they are known for having an extra sense. 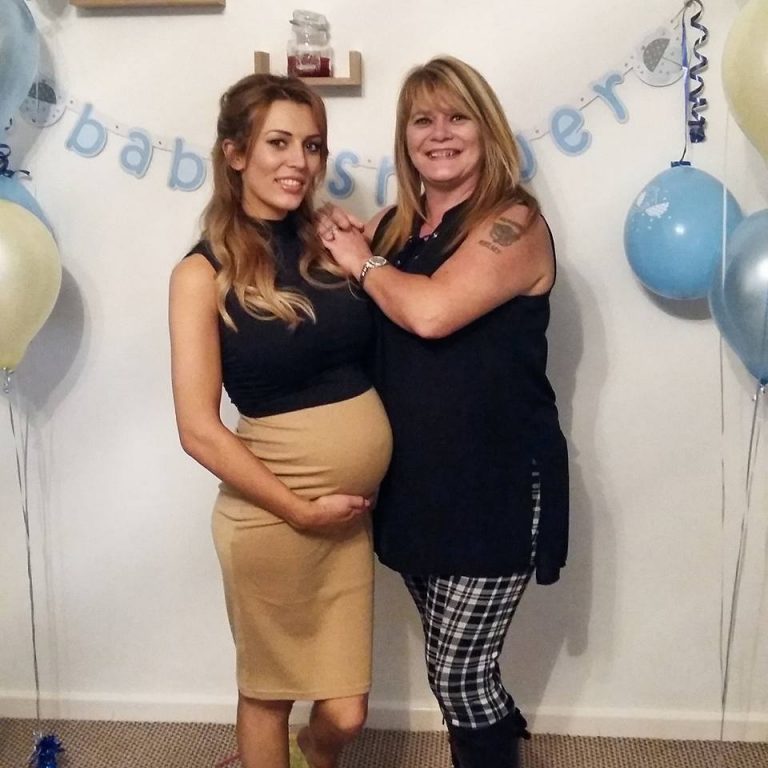 It was Lana’s mother who finally convinced her to get some more tests done concerning the back pain. It’s a good thing she did too. It turns out Lana had a very dangerous double kidney infection. 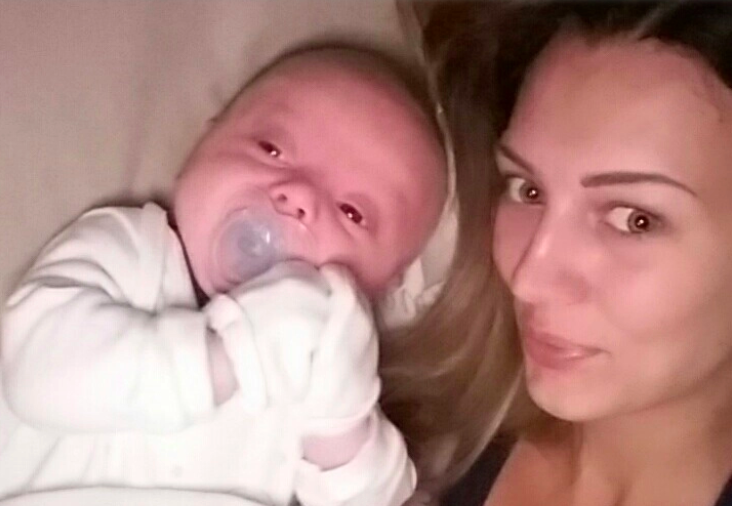 The doctors treated Lana with an antibiotic regimen to clear up the kidney infection and reverse any damage. When the treatment finally ended, Lana gave birth to an adorable and healthy baby boy, Lincoln. 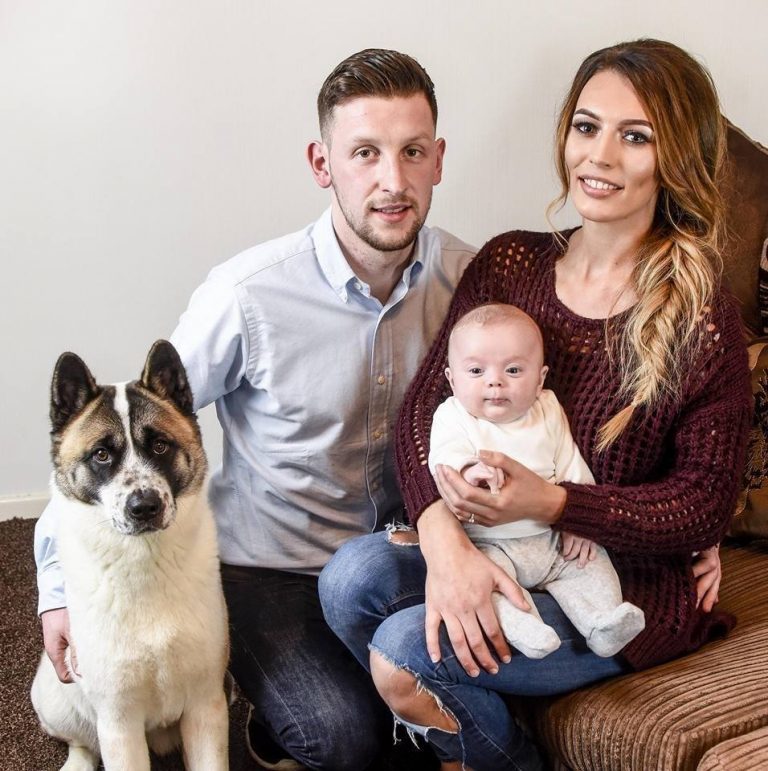 The minute Lincoln came home, Keola was instantly in love with the baby. If it weren’t for Keola, Lana may have been in serious danger if she had let her infection go undetected. 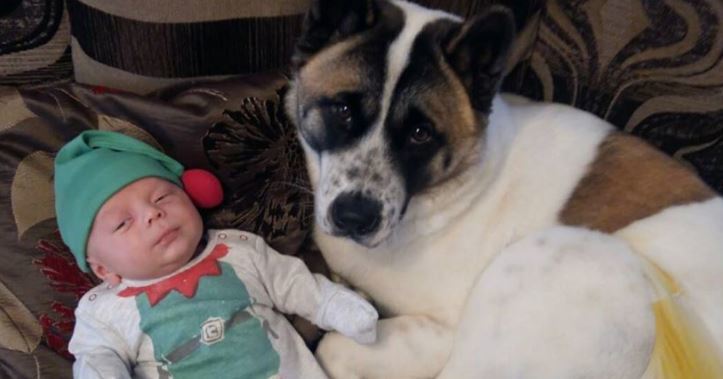 Keola loves cuddling with little Lincoln. He now has his own furry guardian with him at all times. 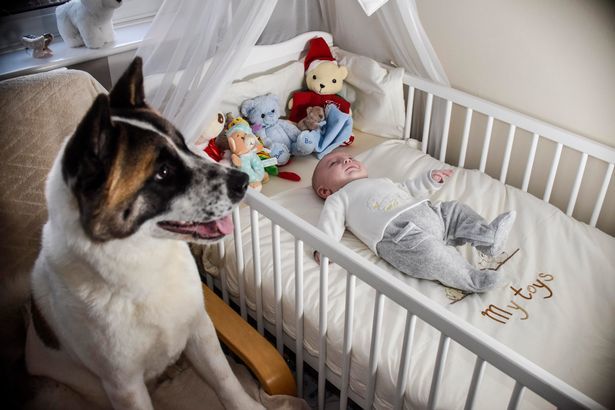 The couple was nervous about Keola spending so much time around Lincoln. Since she was acting so strangely around Lana while she was pregnant, they made sure to keep a close eye on the pair. 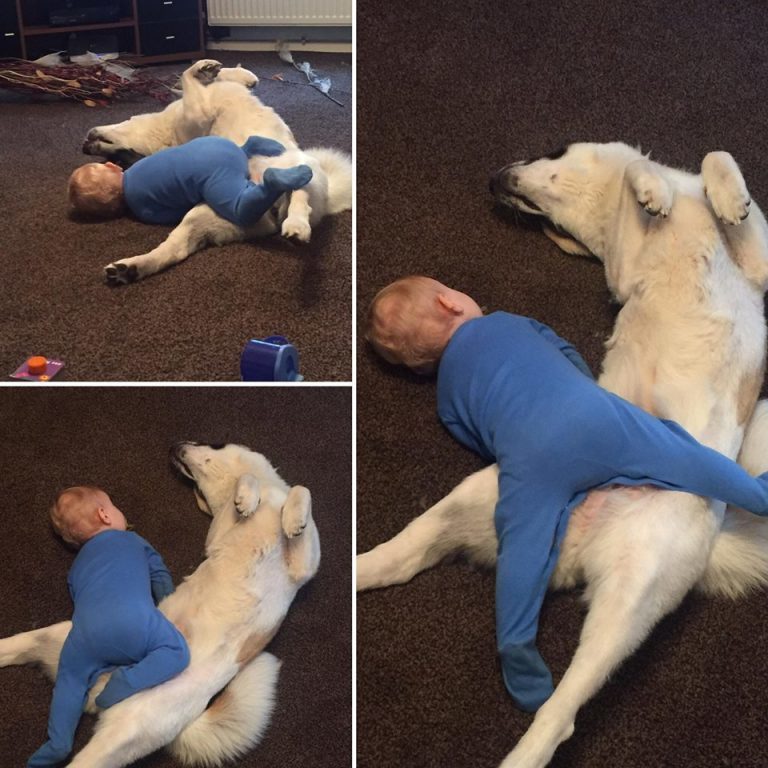 Lincoln was instantly comfortable around Keola. He loves to climb on Keola and play with her. 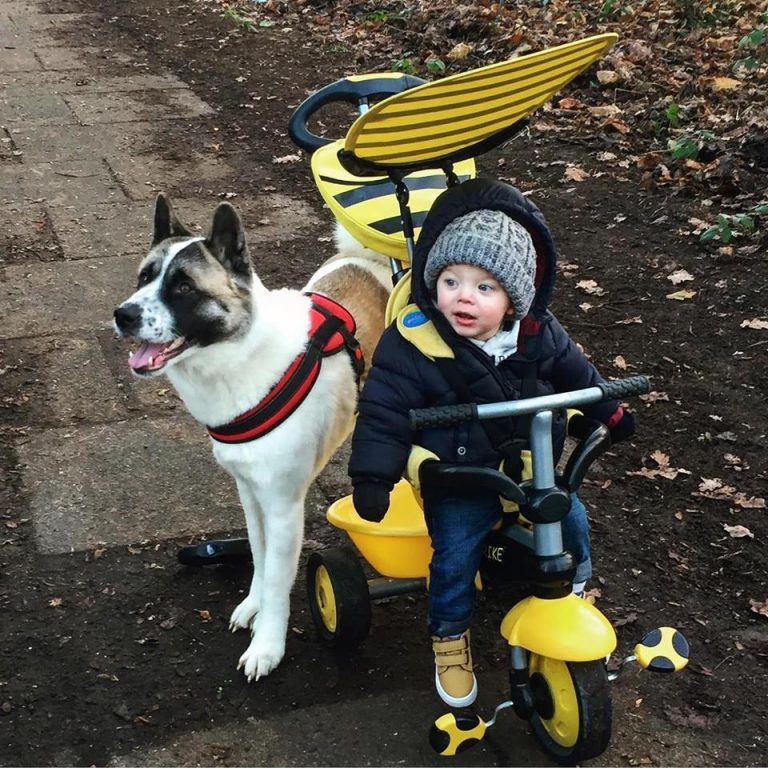 Keola and Lincoln love going for walks together around the neighborhood. Lana dresses Lincoln up to go outside and Keola instantly waits by the door. 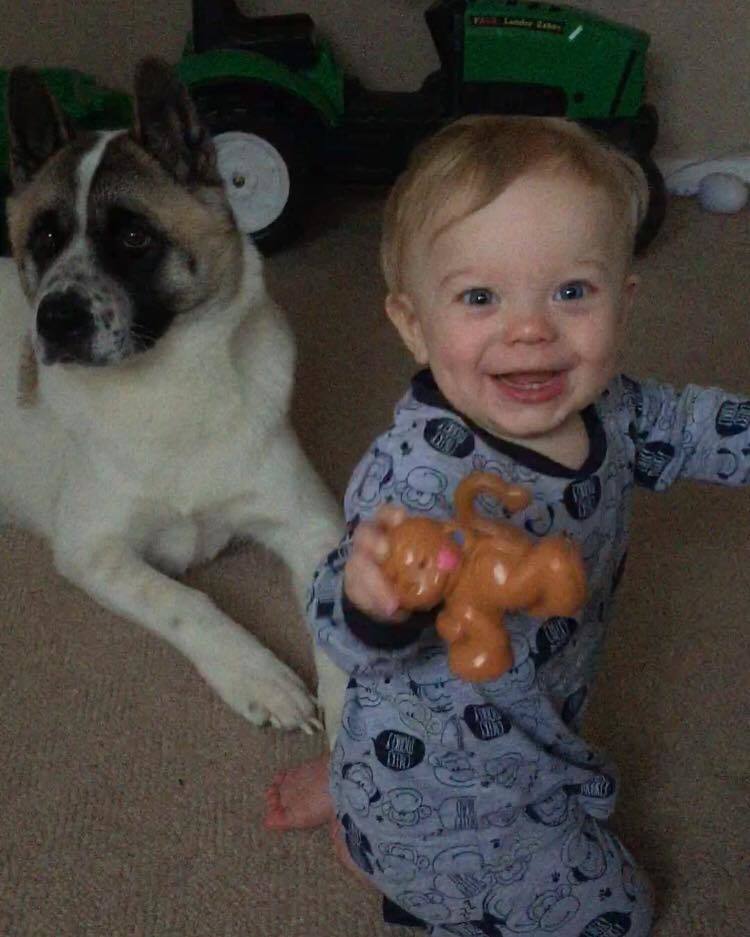 Keola is exceptionally patient with Lincoln. This can be a difficult task for dogs, but Keola is a champ! 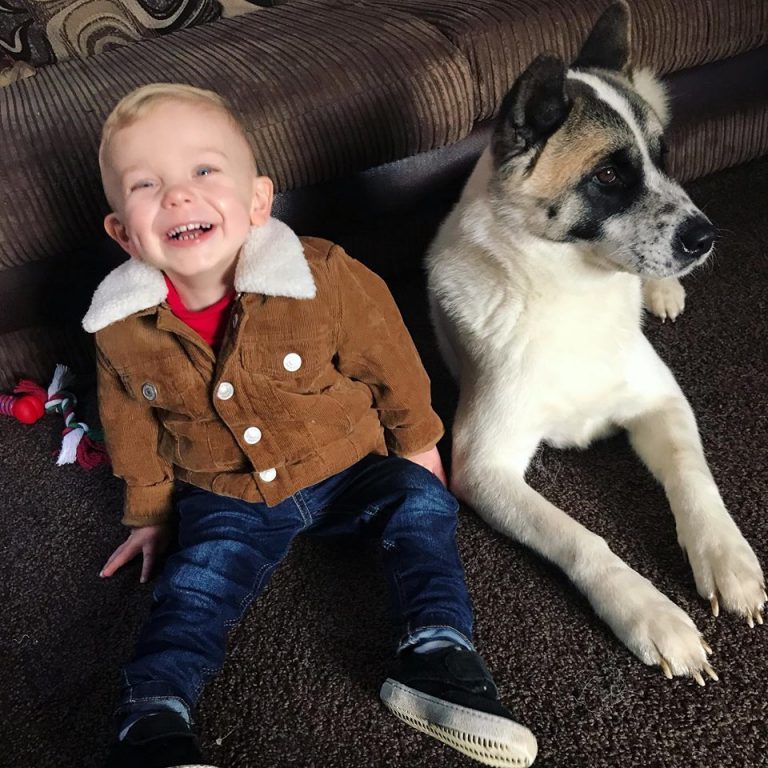 Lana and Ricky didn’t expect their son and their dog to be so close. The two are attached at the hip. 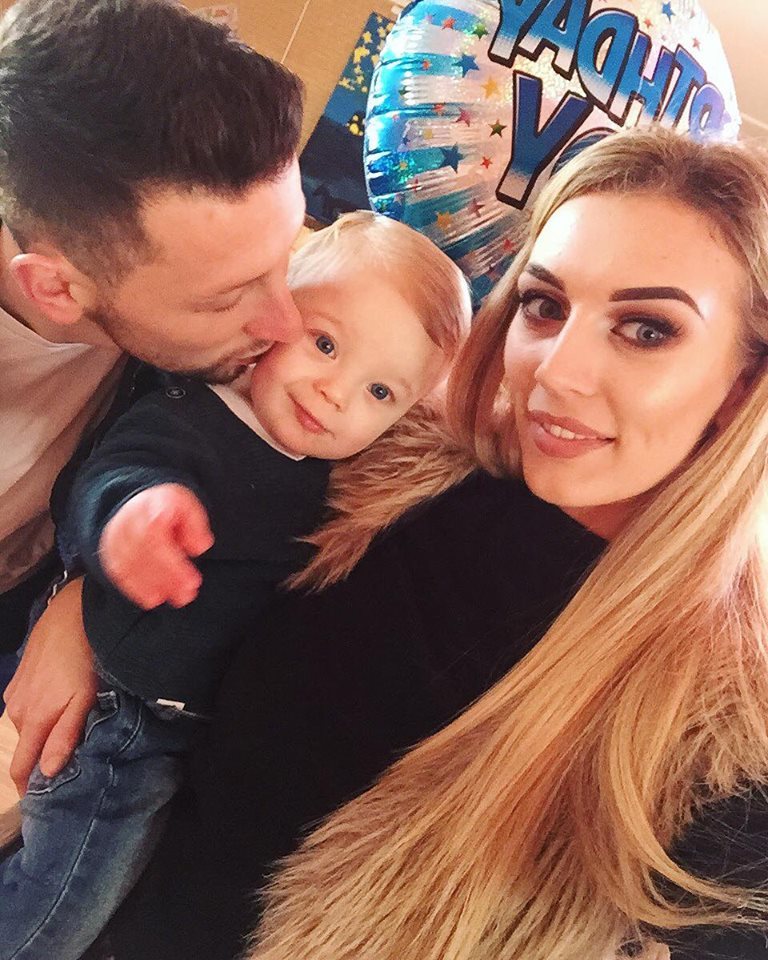 Lana, Ricky, Lincoln, and Keola are the happiest family. Their friends and neighbors love to spend time with them and watch Lincoln and Keola interact with each other. 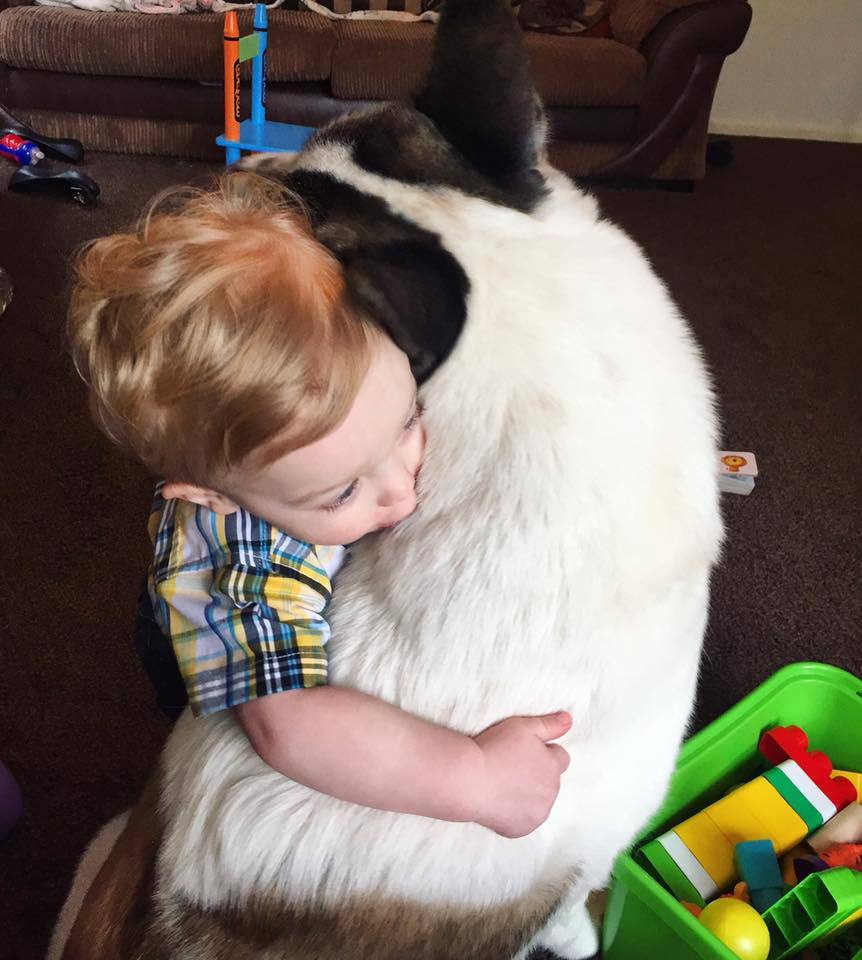 Lana is so thankful for Keola and how she warned her of the kidney infection that could have harmed her and Lincoln. Keola is truly a major part of their happy family.