High school yearbooks. The big tome on your bookshelf that you pray no one ever opens, but that you can’t seem to throw away. It’s safe to say that most of us have at least one yearbook photo that is totally embarrassing–but probably pales in comparison to what you’re about to see.  Check out these hilarious yearbook pictures that will make you feel like one of the cool kids! Remember to think ahead if you are contemplating a run for President or a position on the Supreme Court. 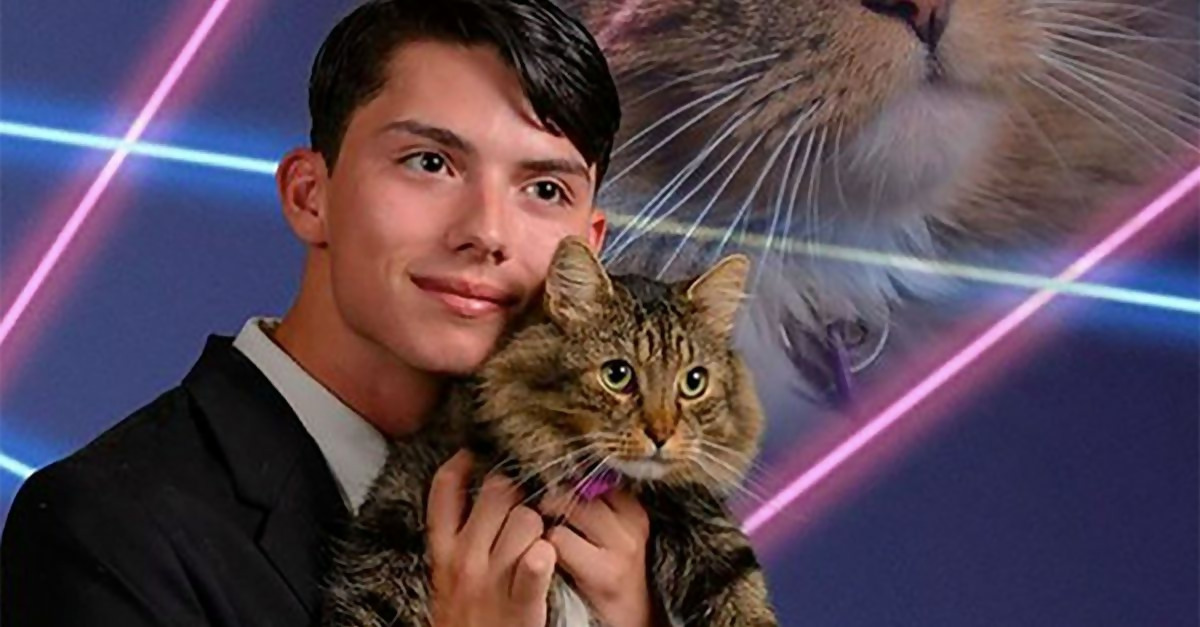 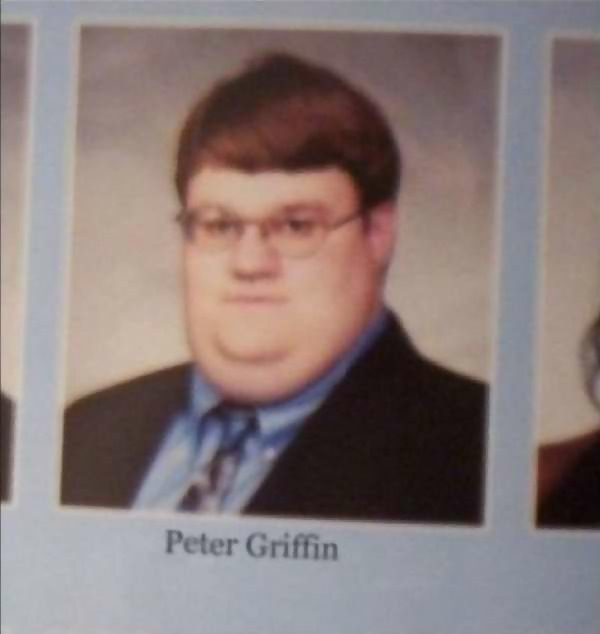 Either the cartoons are coming to life, or someone needs to get this kid a lawyer. The resemblance to the Family Guy character is uncanny! 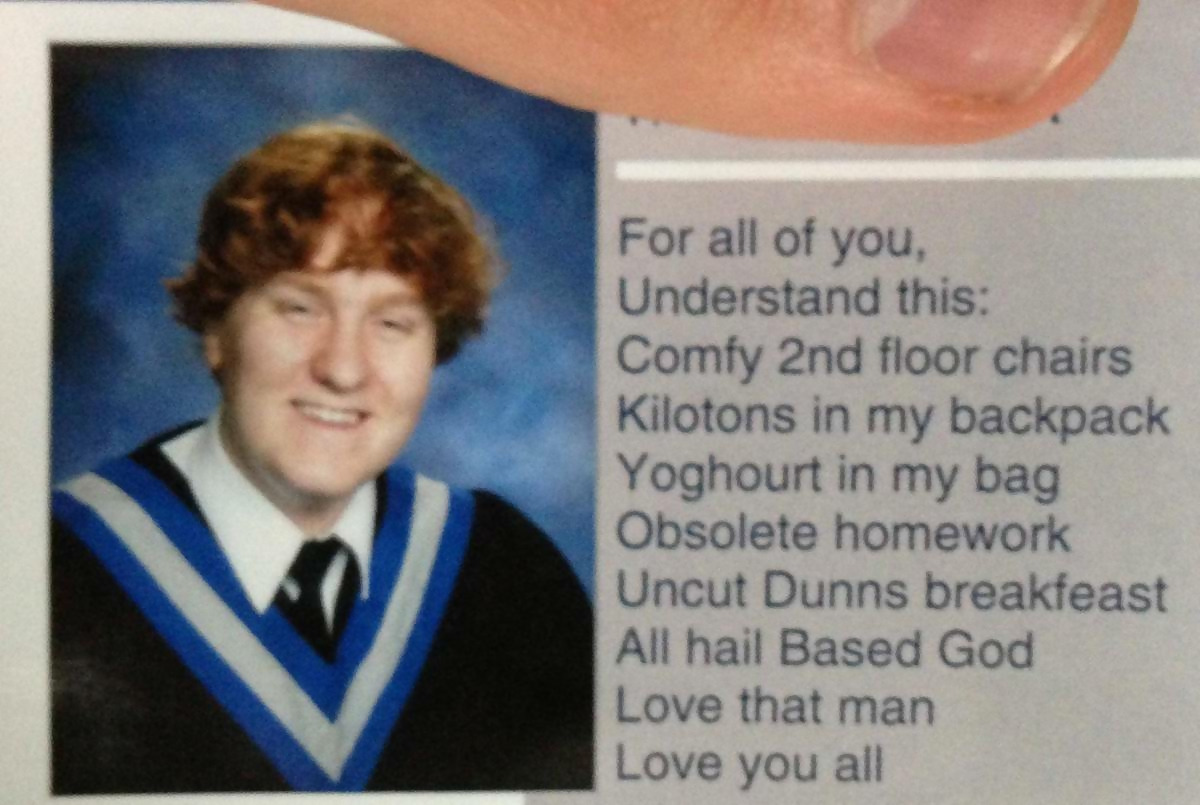 We hope that this graduation frock represents school colors and not Class Valedictorian.

Blast from the Past 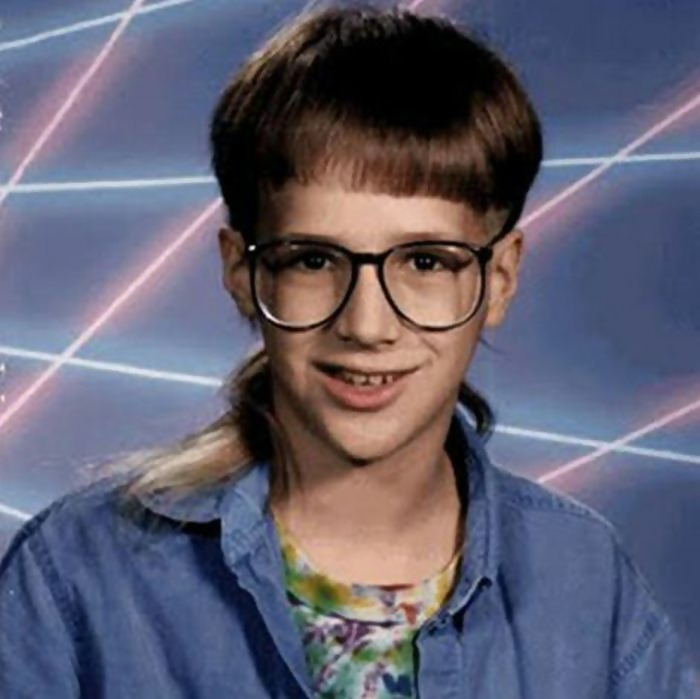 Who doesn’t love a great mullet? 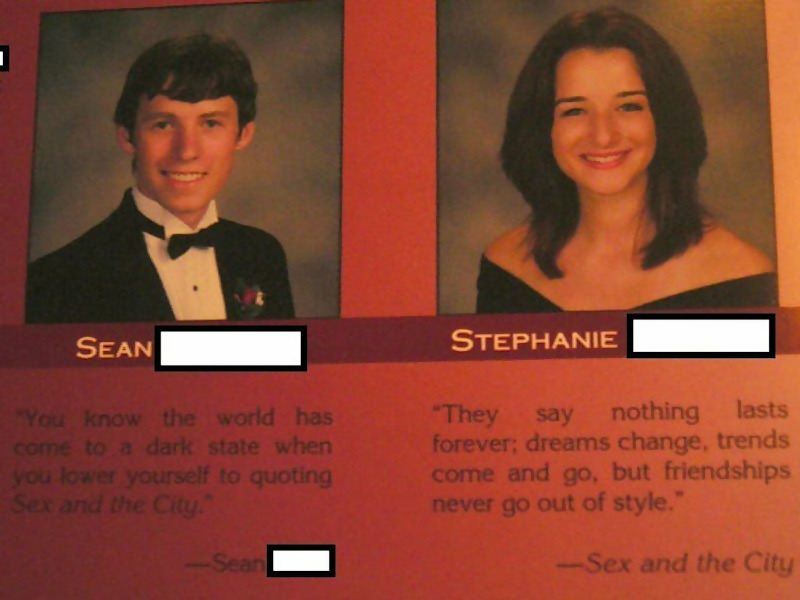 Sean may have graduated here…but obviously didn’t learn much.

Now He Tells Us 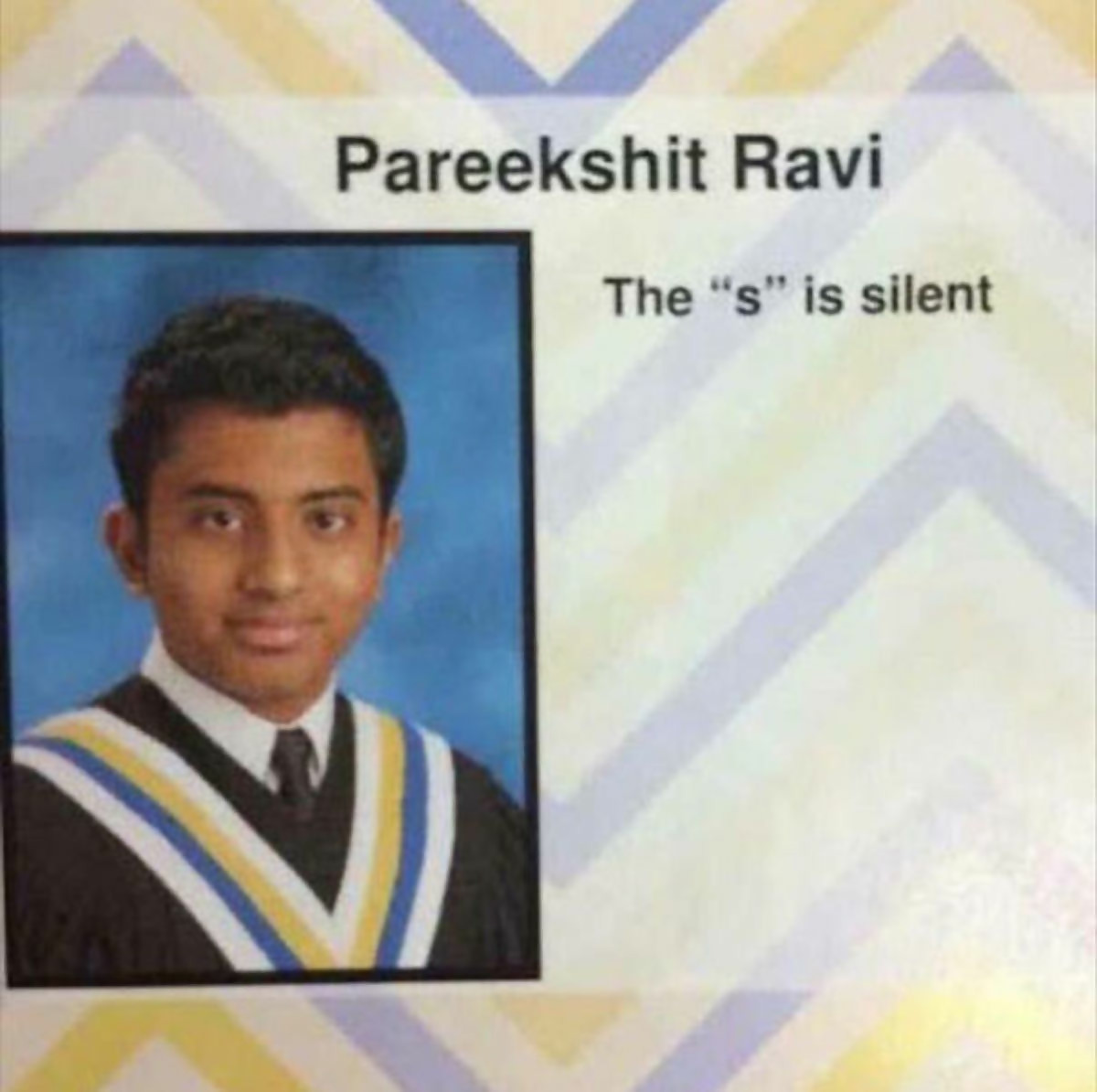 You wonder how many times this kid had to tell that to teachers on the first day of class. And how many other kids would never let it go.

All Through the Town 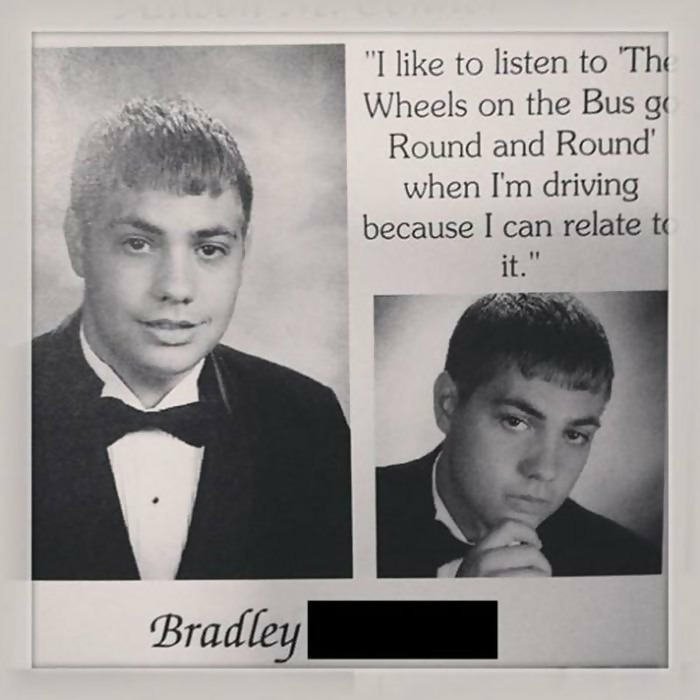 Bradley has perfectly nailed the inspirational quote here, especially with his swarthy tuxedo pics. Never forget what that song did for you in your youth.

Moving on to Higher Learning

We love high school, where young minds are shaped to think critically and analytically.

Well That Took A Dark Turn 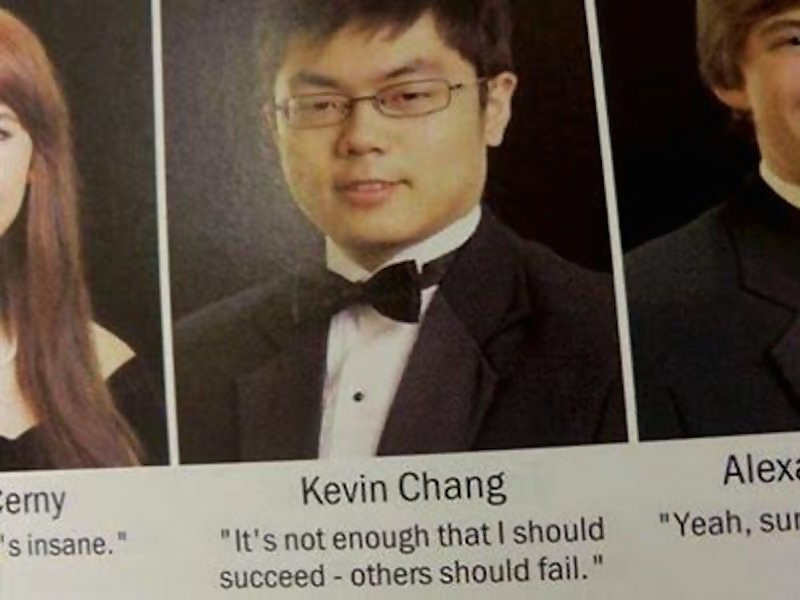 There’s a lot here to deal with. We are all for healthy competition but wishing failure on others is creepy. Of course, he could be talking about the Chess Team.

Luke, I Am Your Chemistry Teacher 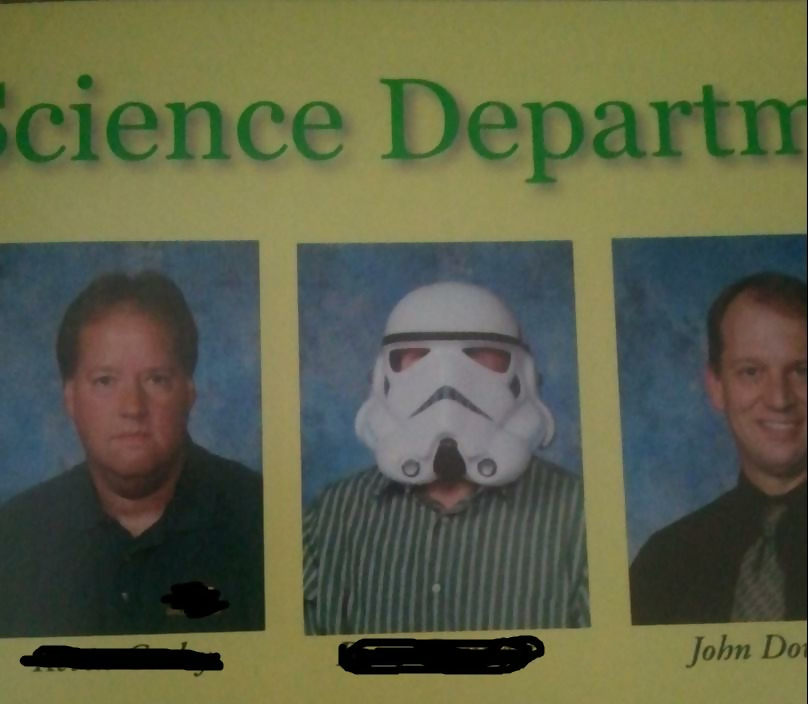 I am the Force…and if you fail my class… 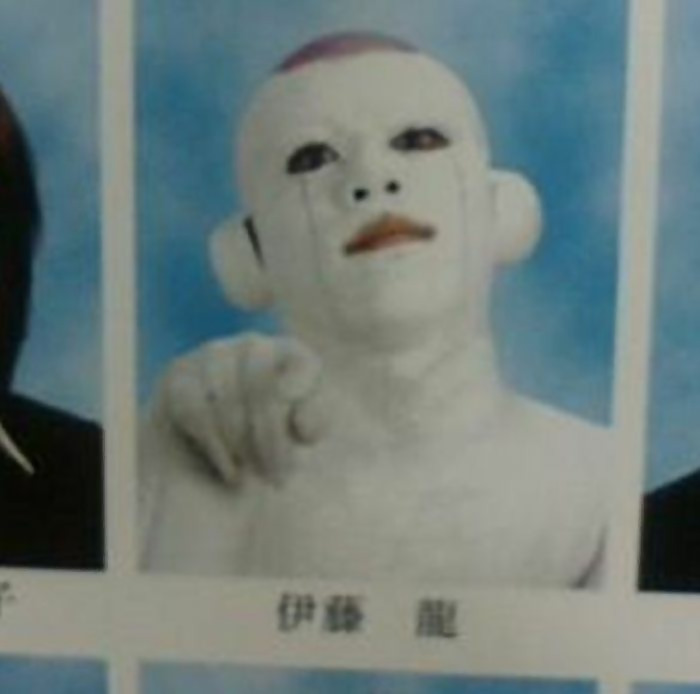 This is scary. We home this dude is just expressing his mime skills but we sure won’t be turning our back on him. 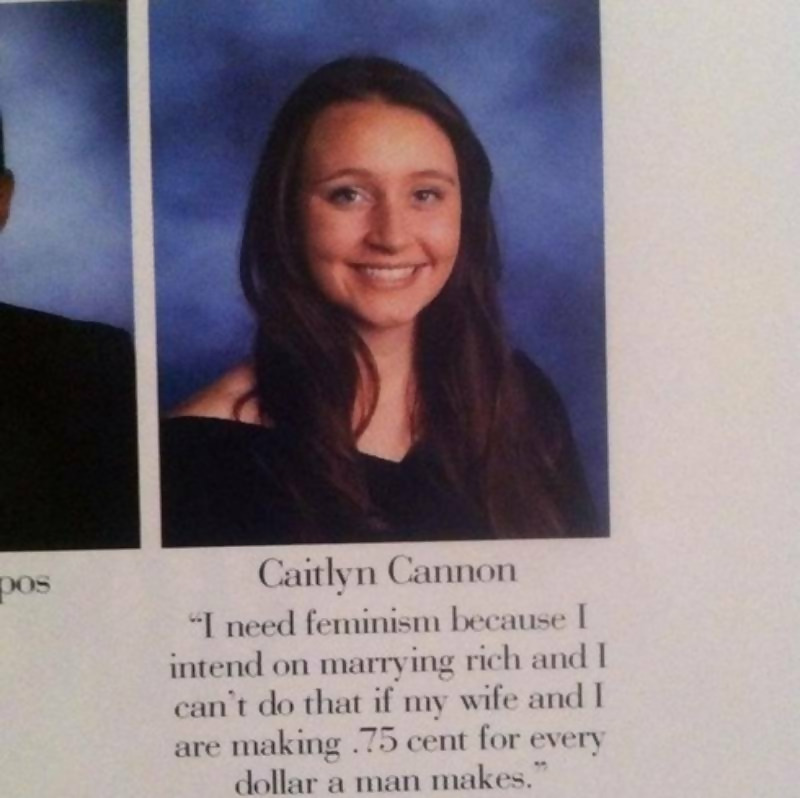 Wham bam thank you ma’am: Witty feminist humor that packs a punch! Hopefully, future generations won’t be able to understand what’s so funny about this quote. 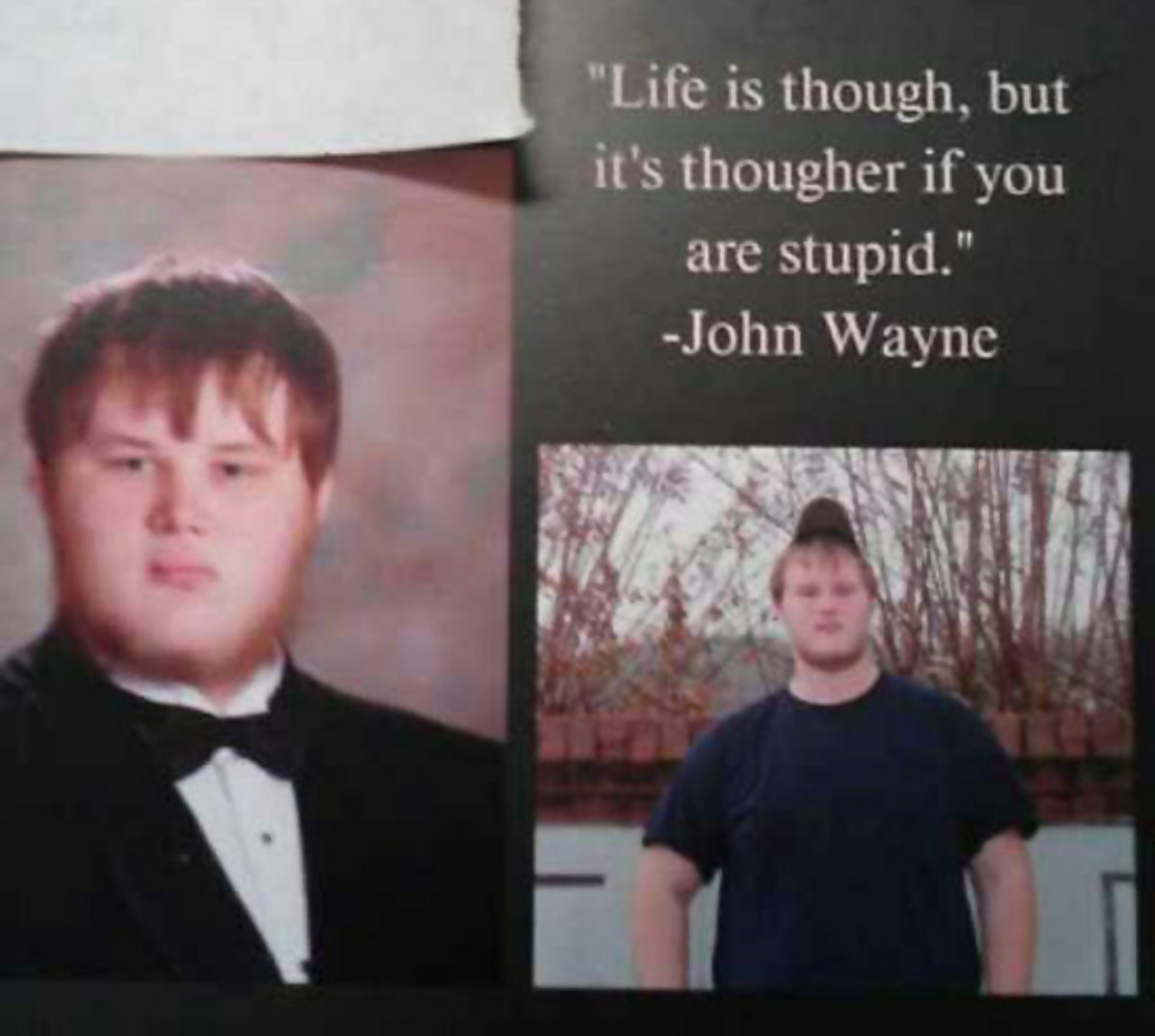 Here’s another one. “It’s better to be thought stupid than to open your mouth and remove all doubt.” I wonder if John Wayne said that as well? 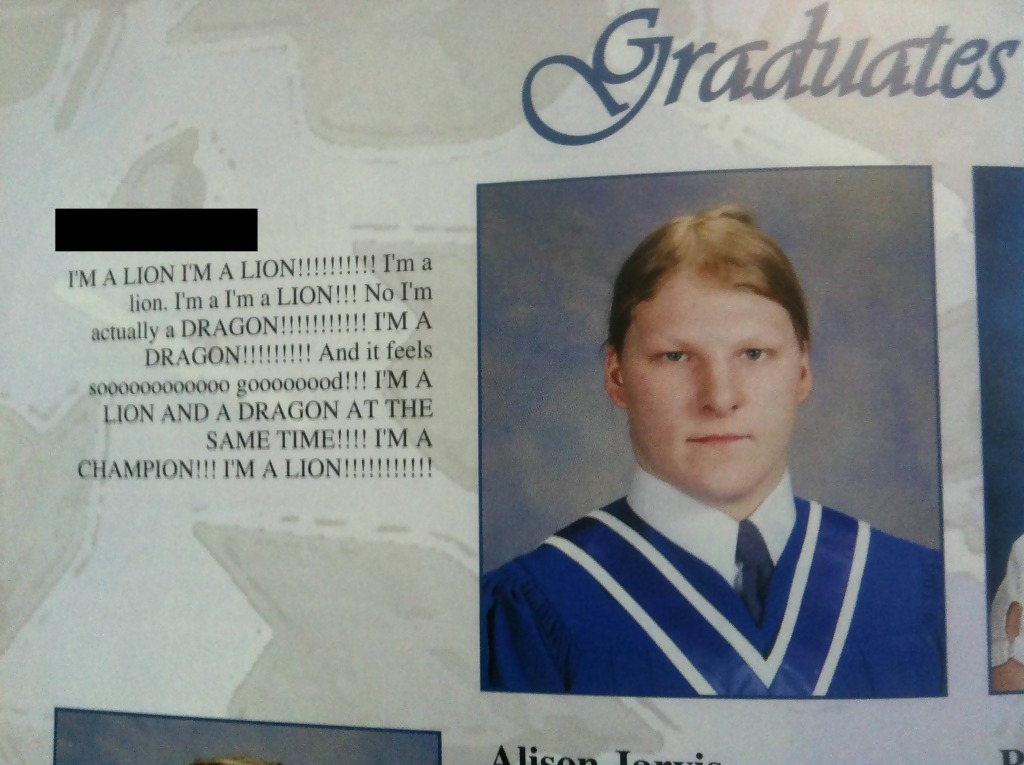 We certainly hope this guy makes it to the big leagues. Obviously studying is not a priority or a fall back option.

Teachers Can Be Funny, Too 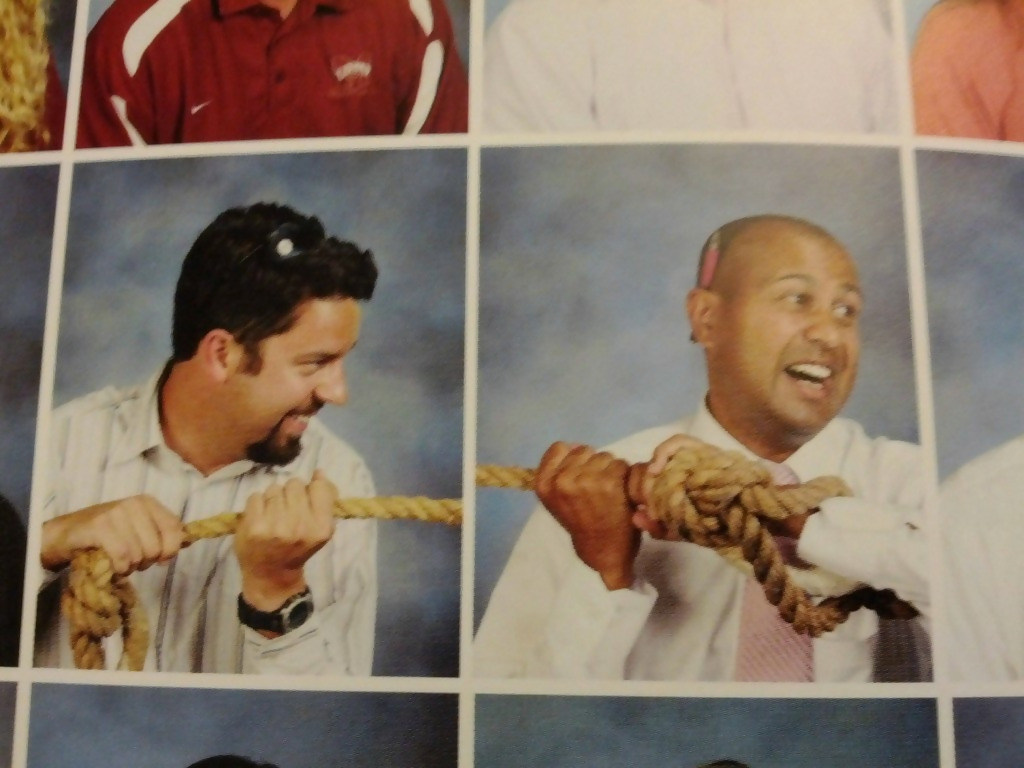 You might have hated getting your yearbook photo taken, if you’re a teacher, you have to do it every year. At least these guys switched it up. It would have been real cool if they lined up the rope though.

That Look in Your Eyes 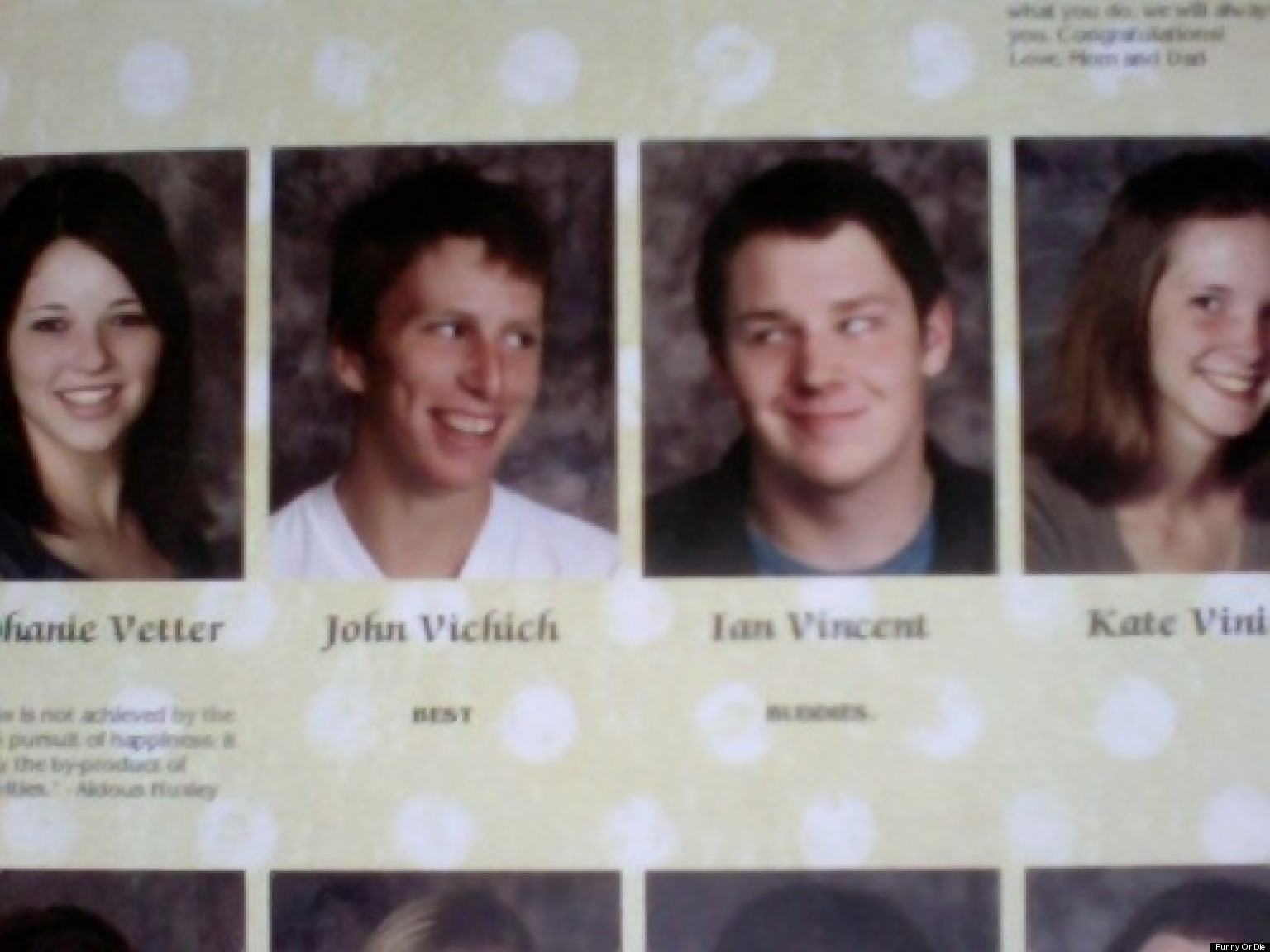 You know that dreamy look in your eyes when you stare across the yearbook page at your best friend? These guys have got it down. It would have been great if their pictures were accidently reversed and the girls wrote “eeeewwww”! 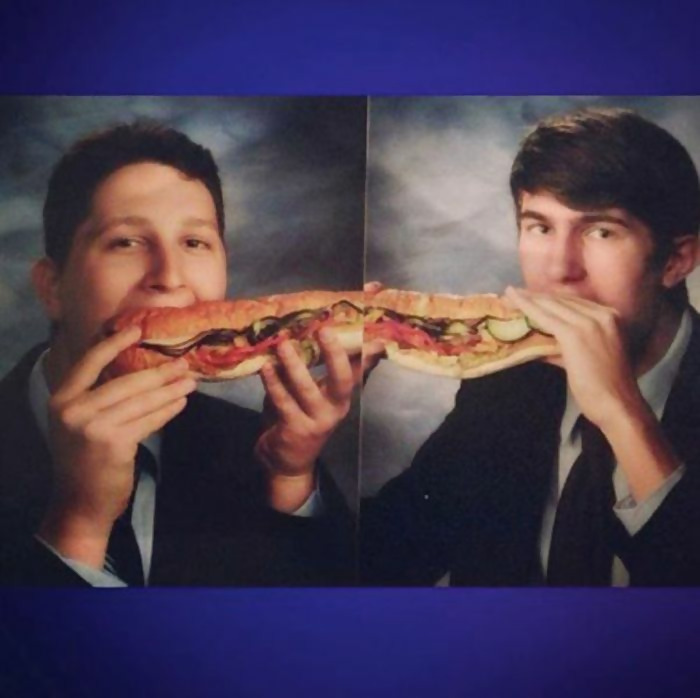 Now this perfectly aligned pair is what we call #friendshipgoals. Seriously, you wouldn’t split a submarine sandwich that looks as good as that one with just anybody.

SpongeBob Would be Proud 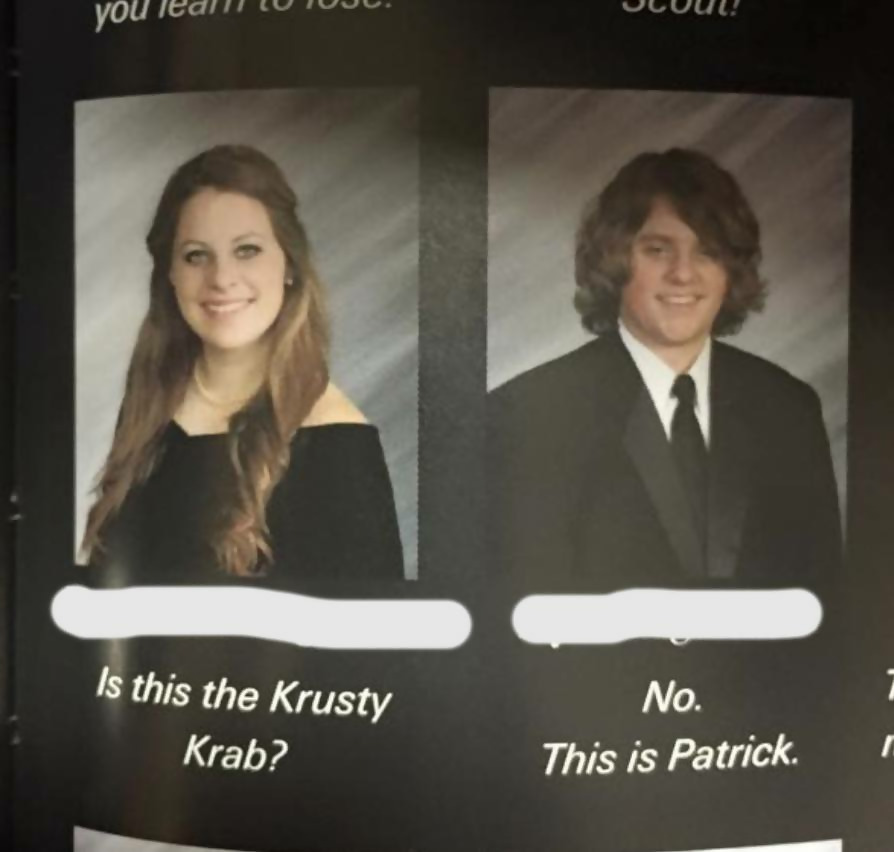 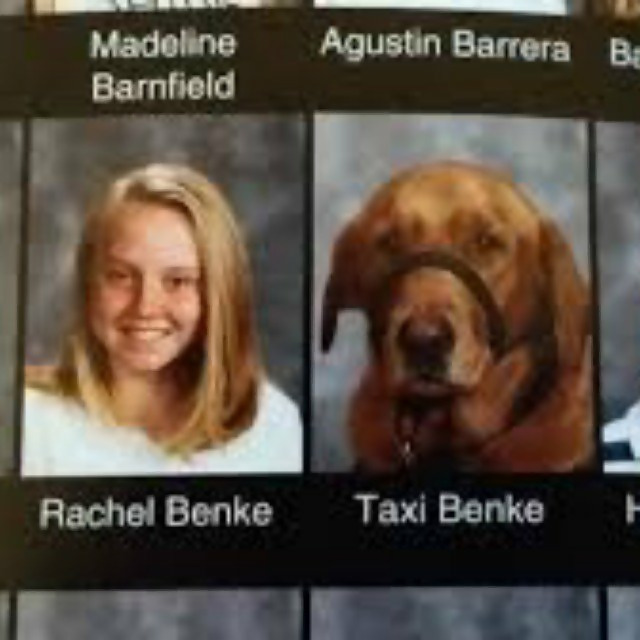 This yearbook side-by-side yearbook pic isn’t so much funny as it is just freakin’ adorable: Rachel and her guide dog, Taxi, are the best of friends. 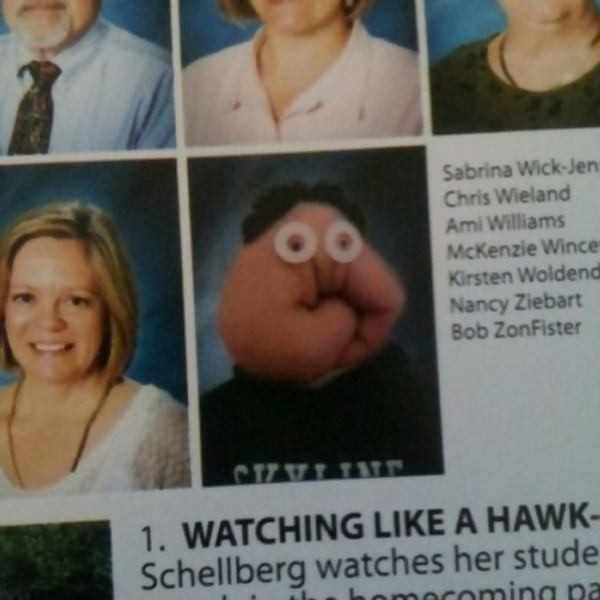 You remember Bob ZonFister, right? He was the one with the big eyes and the funny hair. Kind of cute, to be honest. Swell guy. 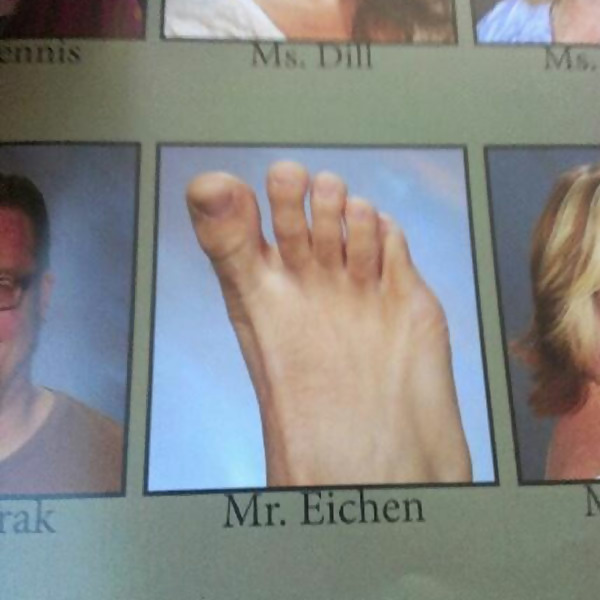 …tibialis anterior originates on the proximal half of the tibia and the interosseous membrane and is inserted near the tarsometatarsal joint of the first digit… never mind.