Owl Was Hanging From A Tree Desperately Crying For Help, Won’t Stop Thanking The Man Who Rescued Him

It is a well-known fact that man has disturbed the natural habitat of many different species. People often leave rubbish and other forms of unwanted and potentially dangerous items near the areas where birds, rabbits, and other rural species live. However, there are times when people come to the rescue of these animals, as was the case with this trapped barred owl.

20. Something Odd In The Sky 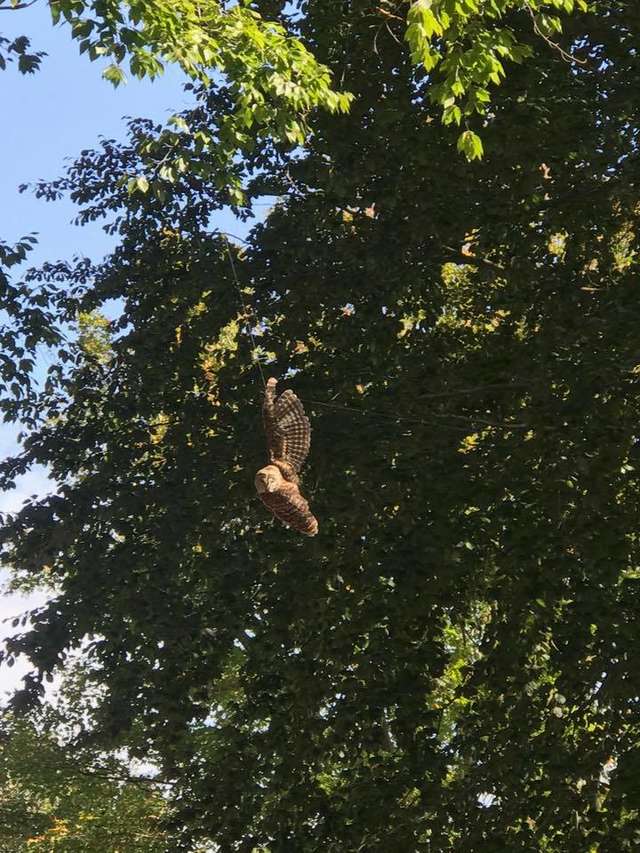 It was a humid October morning in Warwick, Rhode Island when a man noticed something odd in the trees. The stroll was not an uncommon one for him, but when he noticed something motionless hanging above his head, he knew he had to find out more. Upon his inspection, he was surprised by what he discovered. 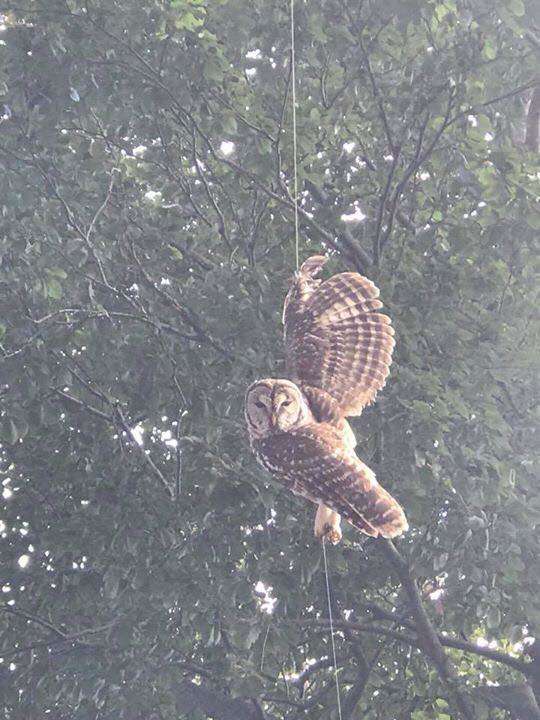 He decided to investigate this strange thing by getting closer despite his fear. From the angle in which he was looking at the thing, it was extremely creepy. He managed to reach out and touch the thing to get a better look. What he found shocked him. 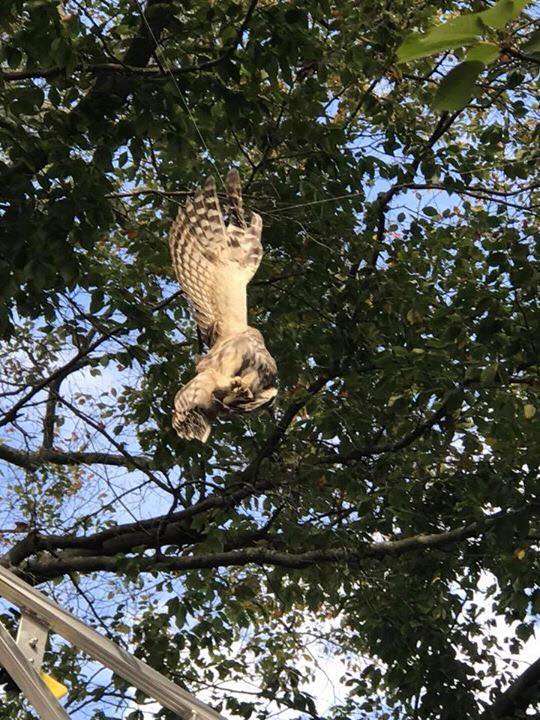 It was a barred owl! He was alive and as scared as the man that found him! It appeared the poor bird became trapped by some fishing line while hunting. He was petrified. The man had to do something. 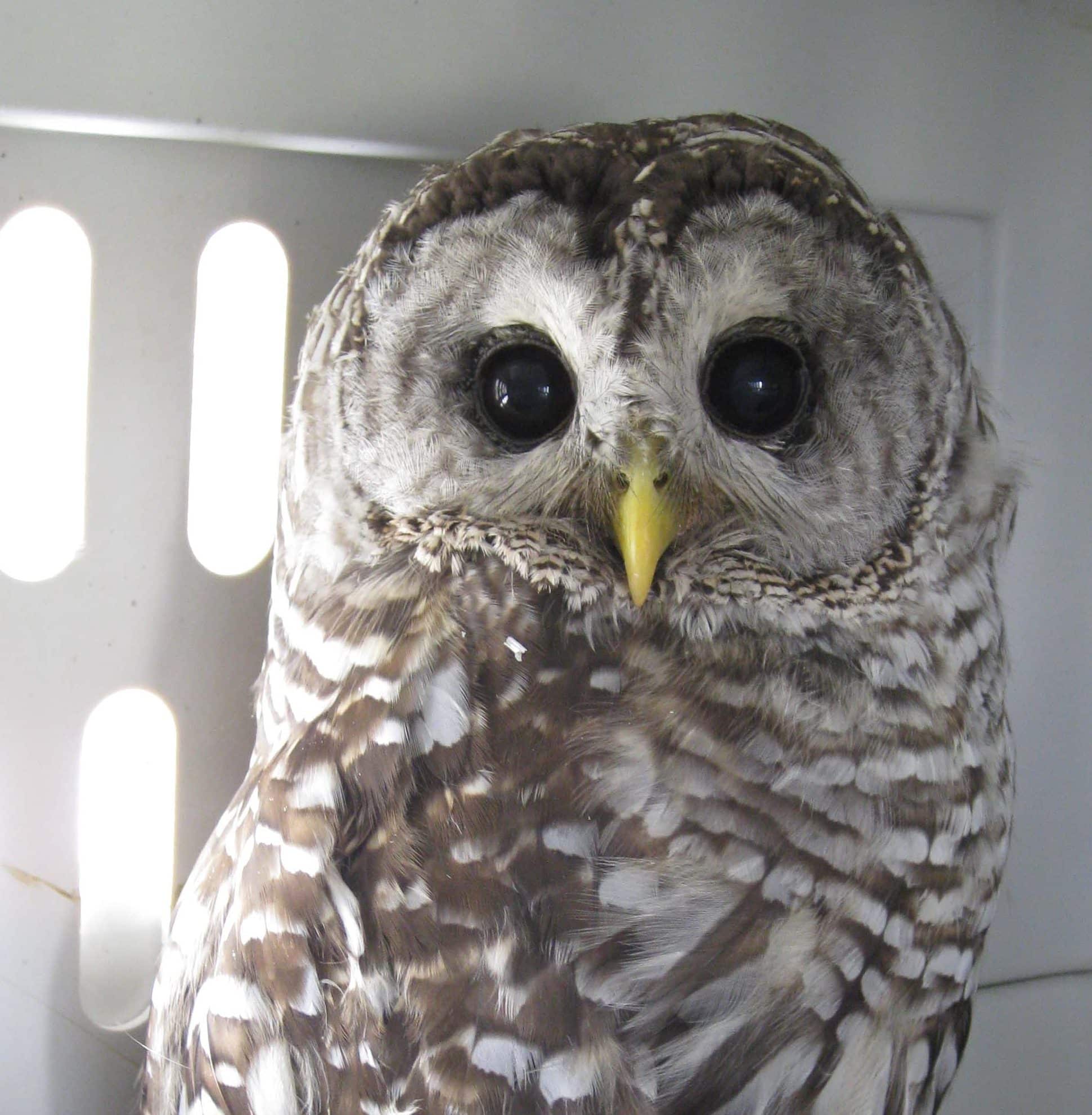 The bird was extremely lucky! He could have died if this man hadn’t spotted him. The man knew that he had to act fast, so he called the Wildlife Rehabilitators Association of Rhode Island (WRARI) – a team dedicated to saving trapped animals! 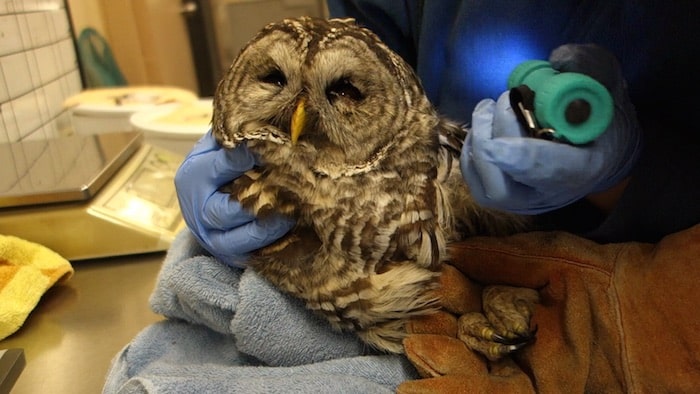 Thankfully, rescuers arrived on the spot and managed to set the bird free from the fishing line. “It is unknown how long the bird had been hanging there but given that they are nocturnal, it’s likely that he’d been there for some time,” a member of WRARI wrote on their Facebook page. 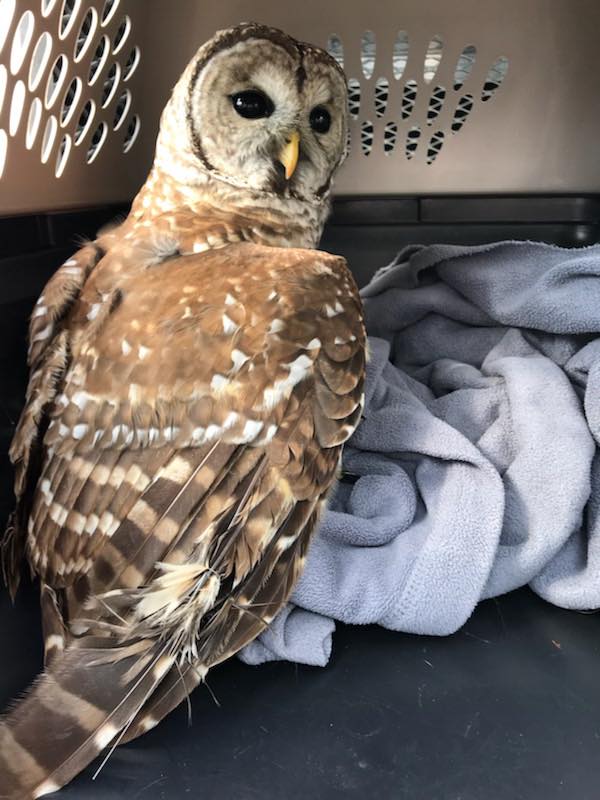 One of the WRARI members examined the owl and realized the poor bird was slightly injured and releasing it back into the wild would be dangerous if not fatal for it. They decided to take the little owl back to the shelter.

13. Transported It With Safety 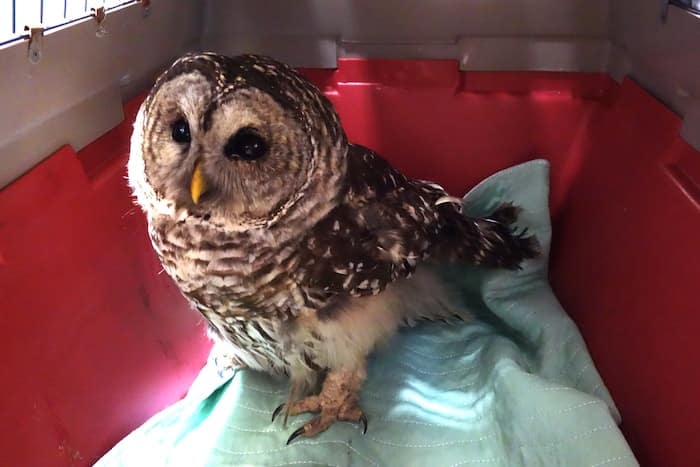 The poor bird appeared calmed but was stressed and afraid. The members of WRARI transported it in a safe crate back to their shelter where the owl would be examined for infections, injuries, and other problems he may have acquired. 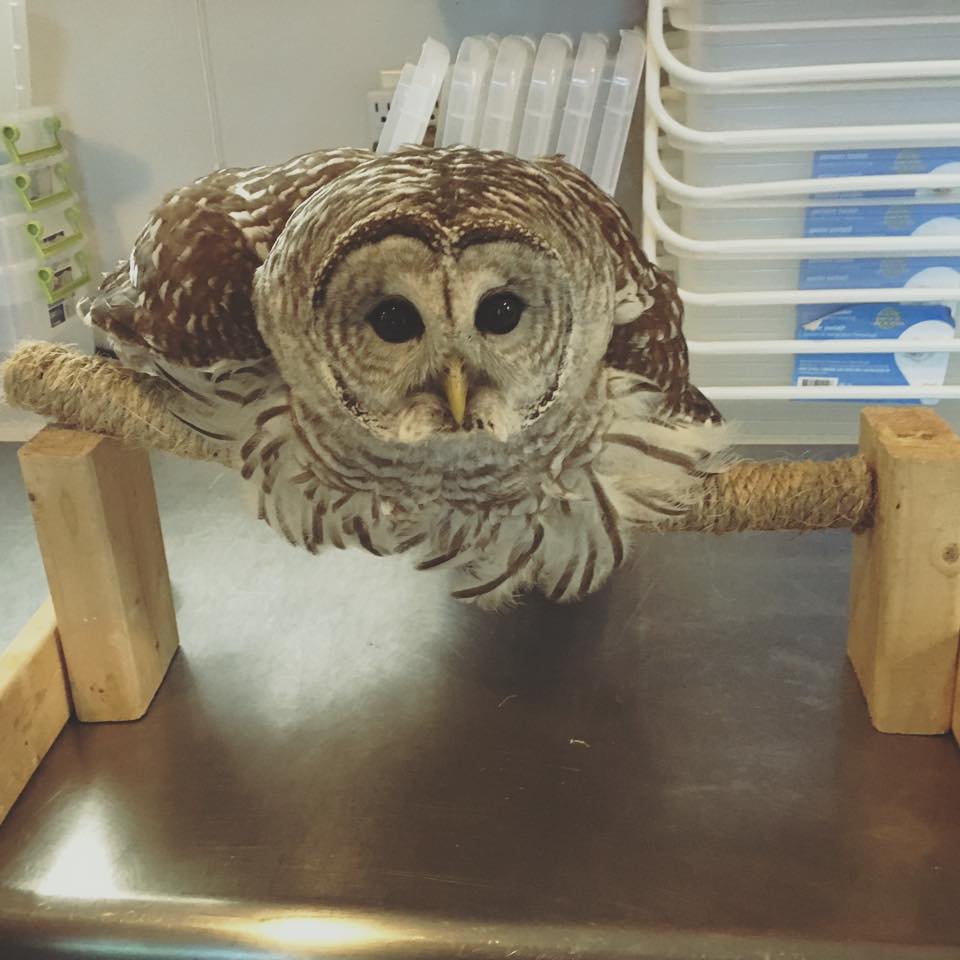 After being examined, the owl was taken back to the where he was given space and time to relax. He was also offered a warm blanket for extra comfort while the members of WRARI hoped to gain his trust. 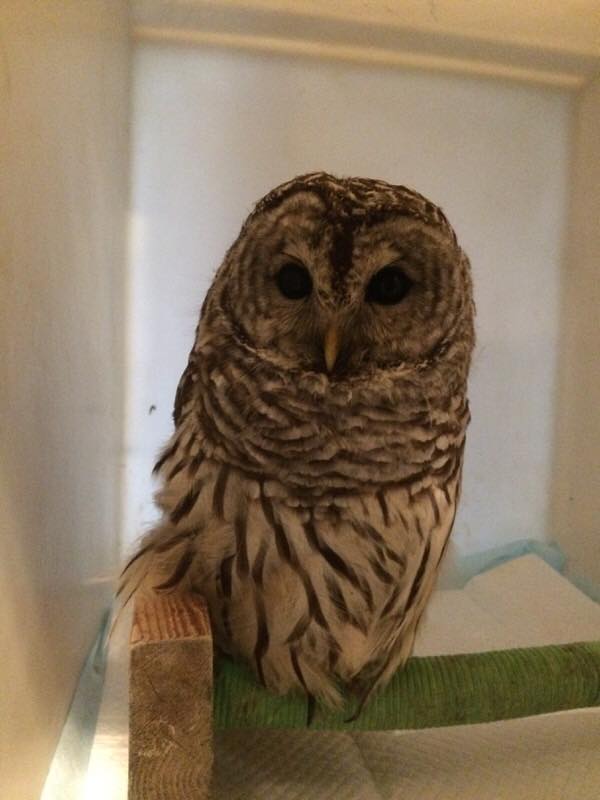 Thankfully, the WRARI did gain the owl’s trust and after some careful examinations, it appeared the owl only had some minor damage in his feathers and no other significant injuries. The vet said that he could soon be released back into the wild. 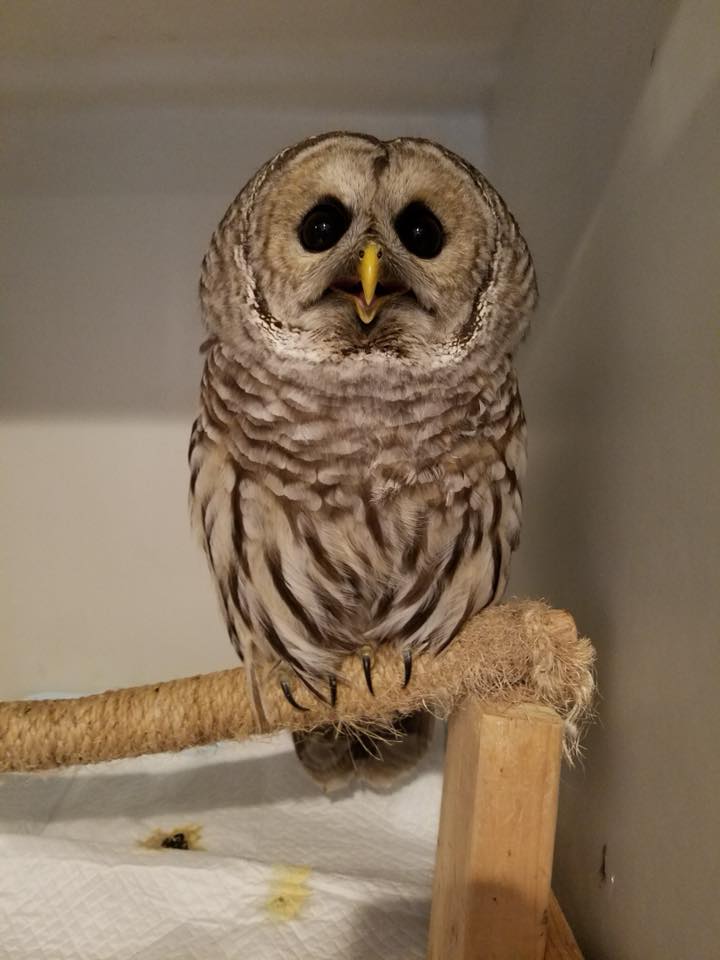 It’s sad to realize that all of this could have been avoided if the fisherman were more aware of the things they were leaving behind. Who knows how many other birds have been trapped because of humans polluting their natural habitat, as was noted by the WRARI. 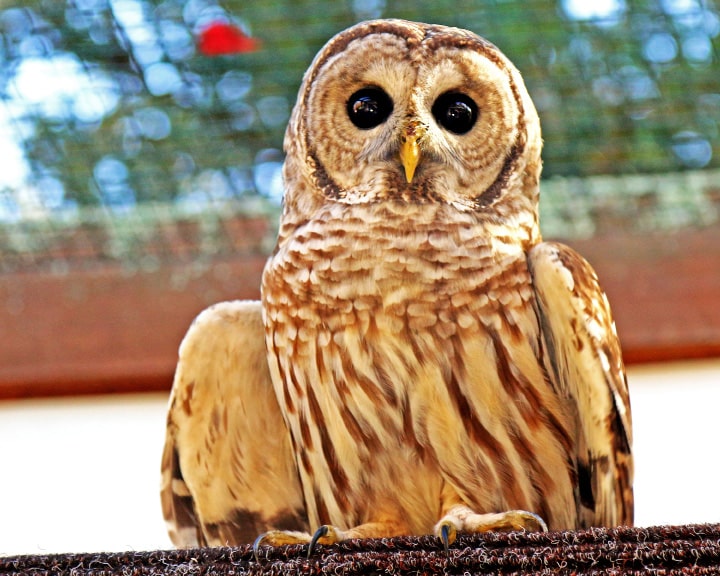 “Fishing line is a major environmental problem,” Arianna Mouradjian, board member and volunteer at WRARI, said later. “And we, unfortunately, see a significant number of patients as a result of injuries sustained from fishing line.” 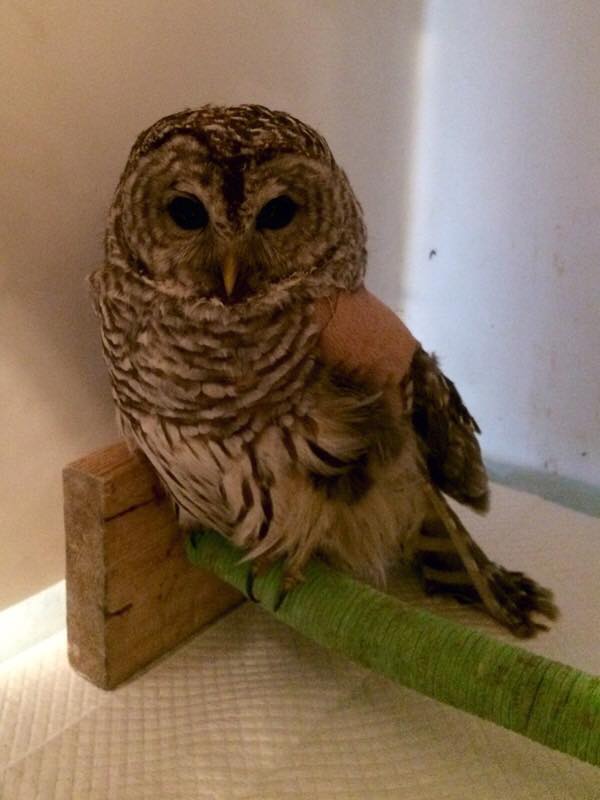 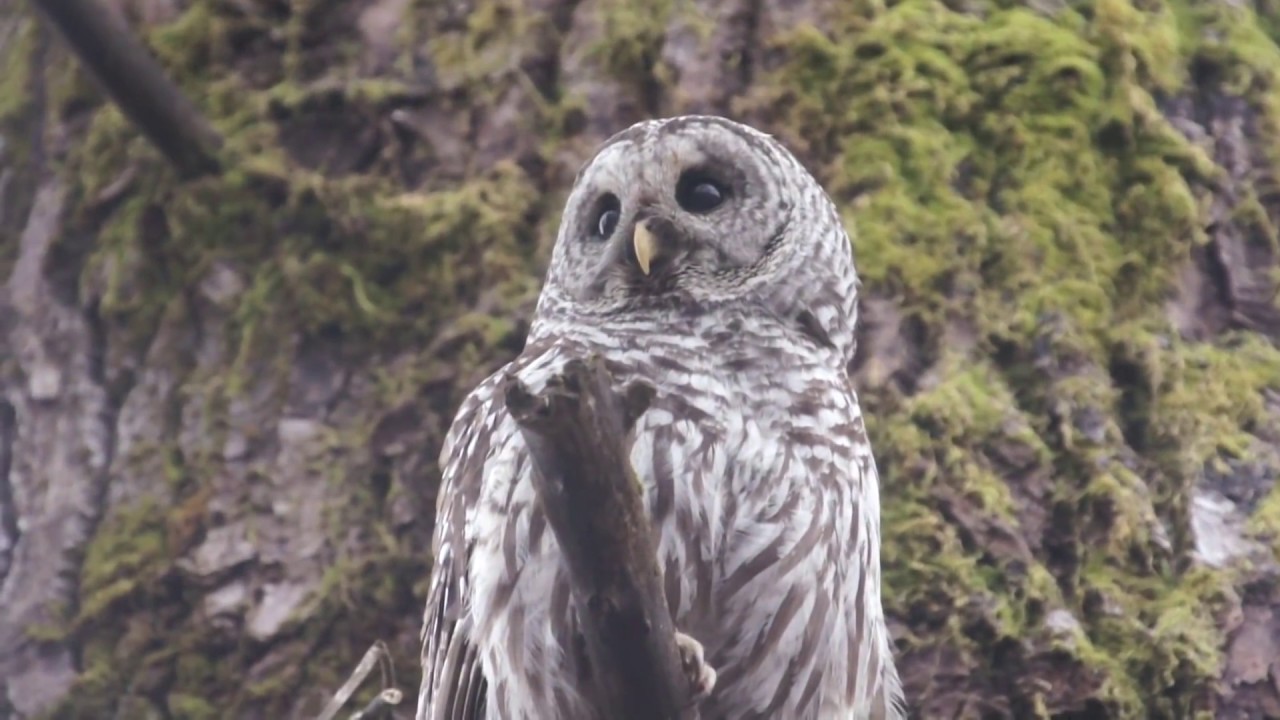 Anna also mentioned that even after the pictures of this incident had gained some attention from the local community the situation didn’t get any better. She said they still find a large number of animals, of different species, entangled in the region. Anna also mentioned that this is a universal problem as it appears that similar situations happen not only across the country but all over the world.

6. They Get The Lucky Ones 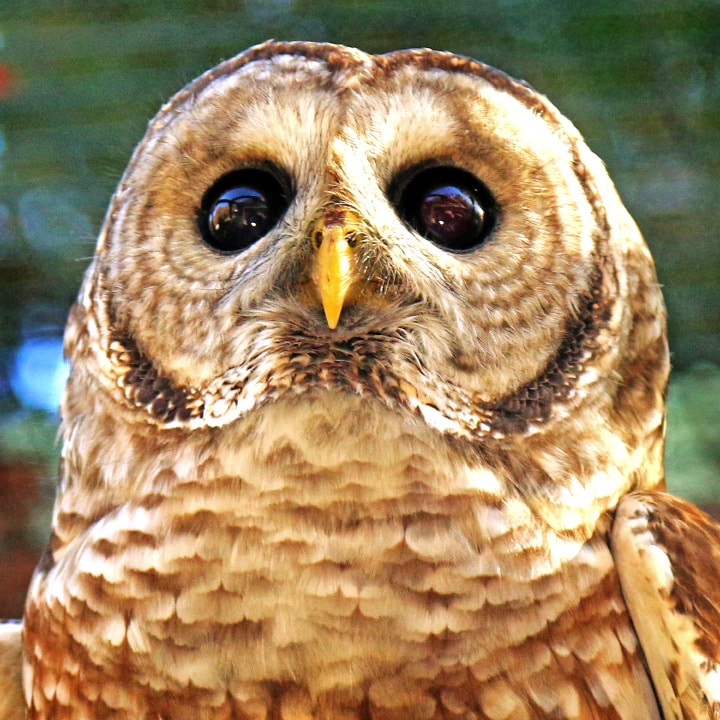 “And we only get the lucky ones that make it to us. Many die of starvation and exposure as a result of fishing line entanglement and injuries.”

5. Released Into The Wild 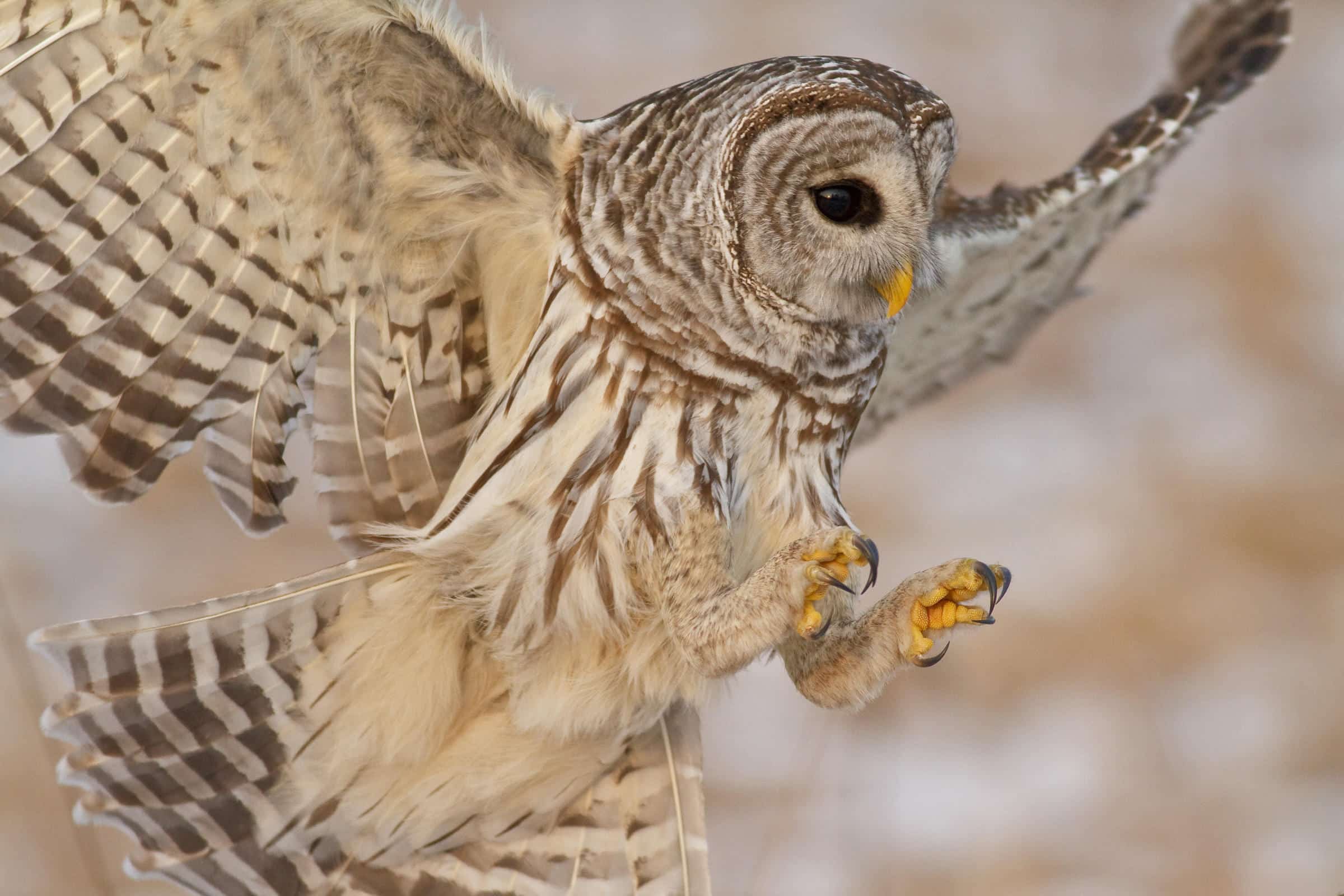 After only a couple of days, the little owl was successfully released back in the wild. Before this, the rescuers made sure that it could be capable of surviving and after they made sure, they set it free! 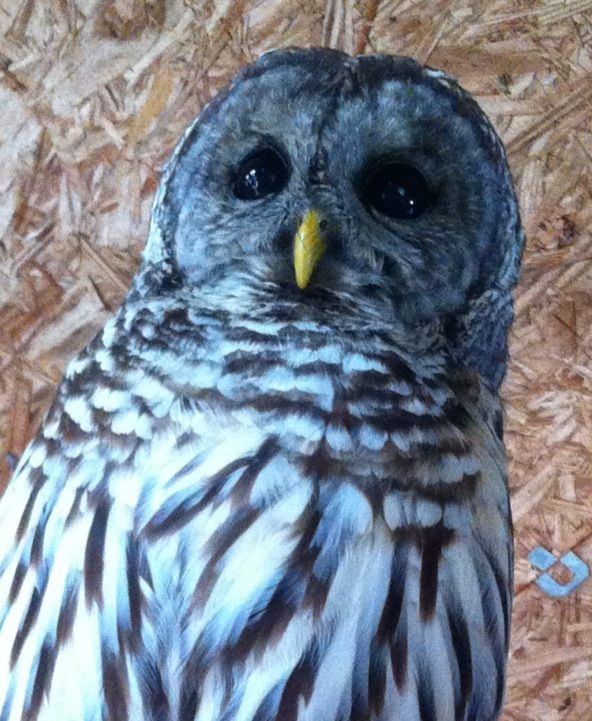 This incident gained an unprecedented amount of attention from the public. But why is that? One of the members of WRARI decided to report their adventure on the Wildlife Rehabilitators Association of Rhode Island (WRARI) Facebook page as a reminder to the public the effects of leaving their trash behind. 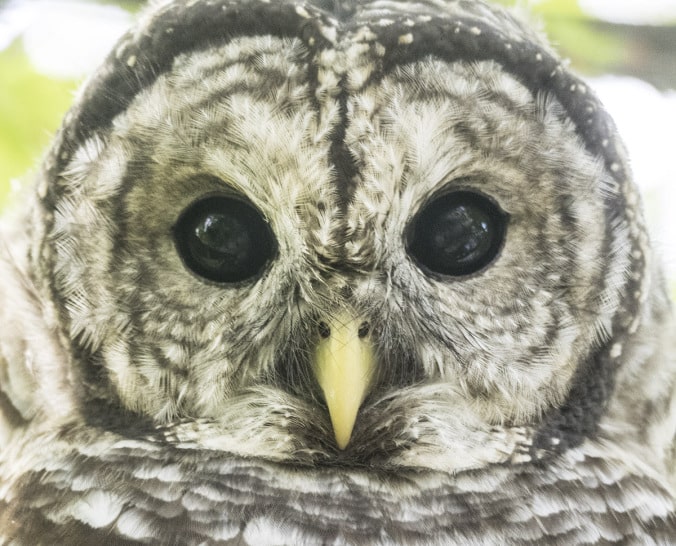 In the post the team made a simple and short report about the incident, thanking the people involved as well as the local fire department for their quick and efficient actions. 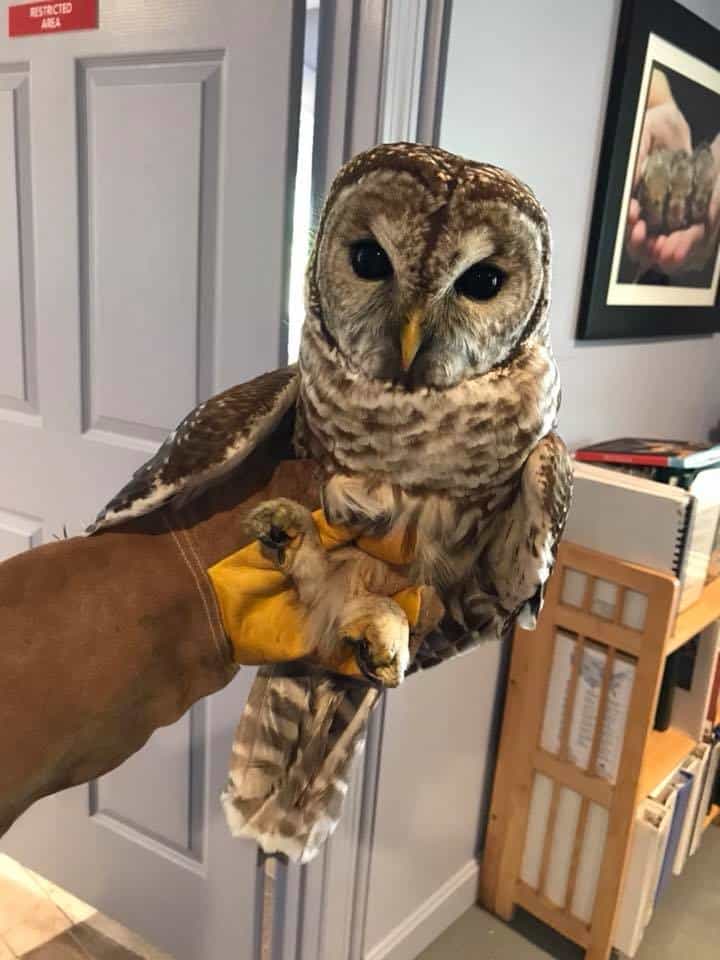 Even months later, WRARI followers have the chance to see unreleased pictures of the owl and some encounters the rescuers had with it after it was set free! 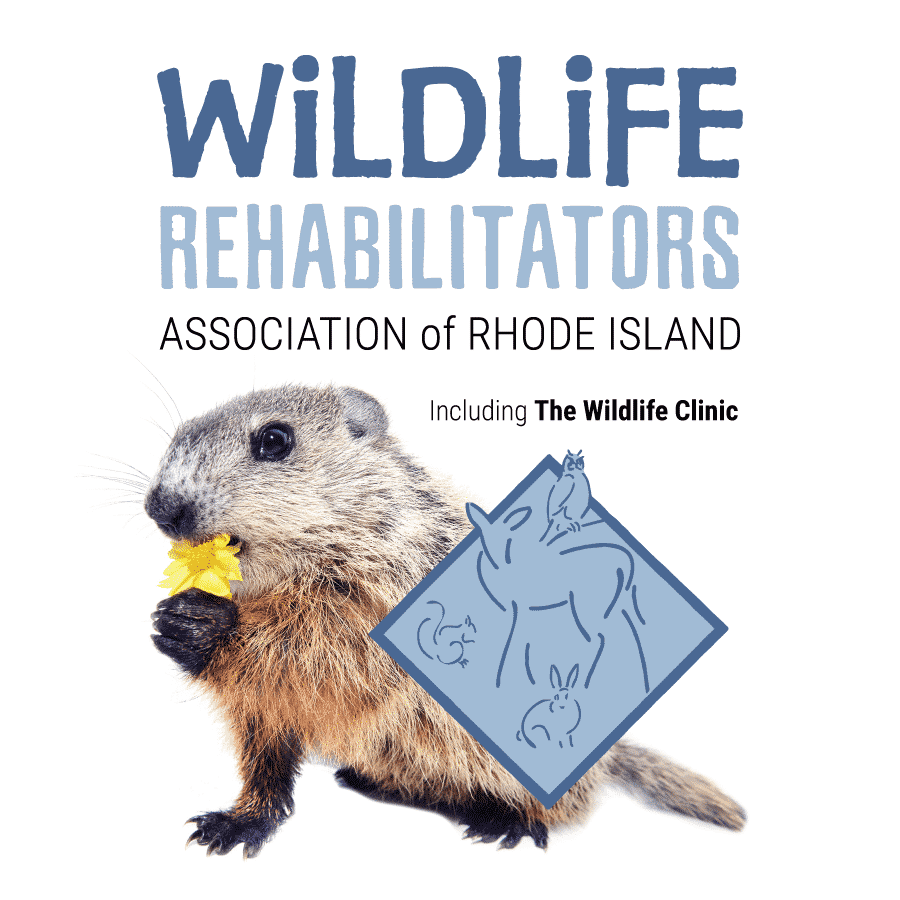 Thanks to the Wildlife Rehabilitators Association of Rhode Island (WRARI) this little bird had a second chance and managed to escape its trap safe and sound! But let’s not forget about the other animals that get trapped and never found, and focus on dealing with this problem effectively!