A drunk and disorderly man got more than he bargained for when he chose to taunt a bison at Yellowstone National Park. Not only did he barely escape unscathed, he was arrested and jailed for 60 days. 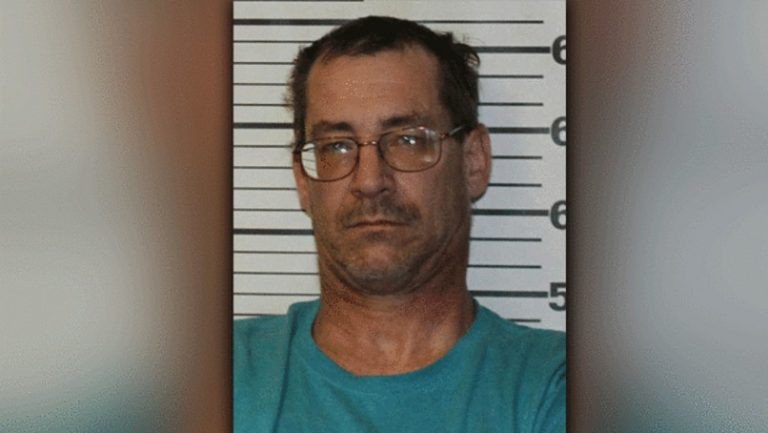 Raymond Reinke of Pendleton, Oregon had quite a couple of weeks in and around Yellowstone National Park. His odyssey of disorderly conduct resulted in three encounters with police in Yellowstone, Grand Teton National Park and Glacier National Park. 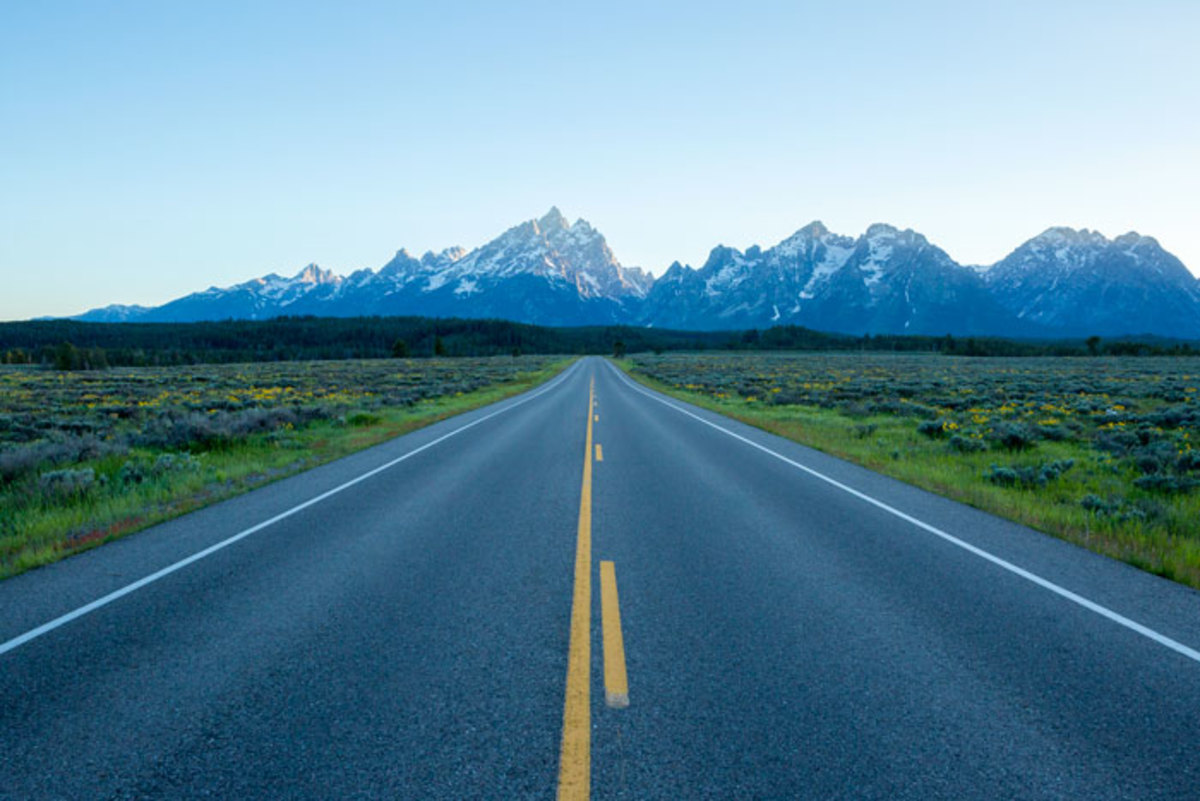 Reinke’s bad behavior started off on a Saturday night, when he was acting up and driving drunk in Grand Teton. Police arrested him and released him on a $500 bond. He was released only on his agreement that he avoid alcohol and follow the law. That’s where Reinke made his biggest mistake: he decided not to do any of that. 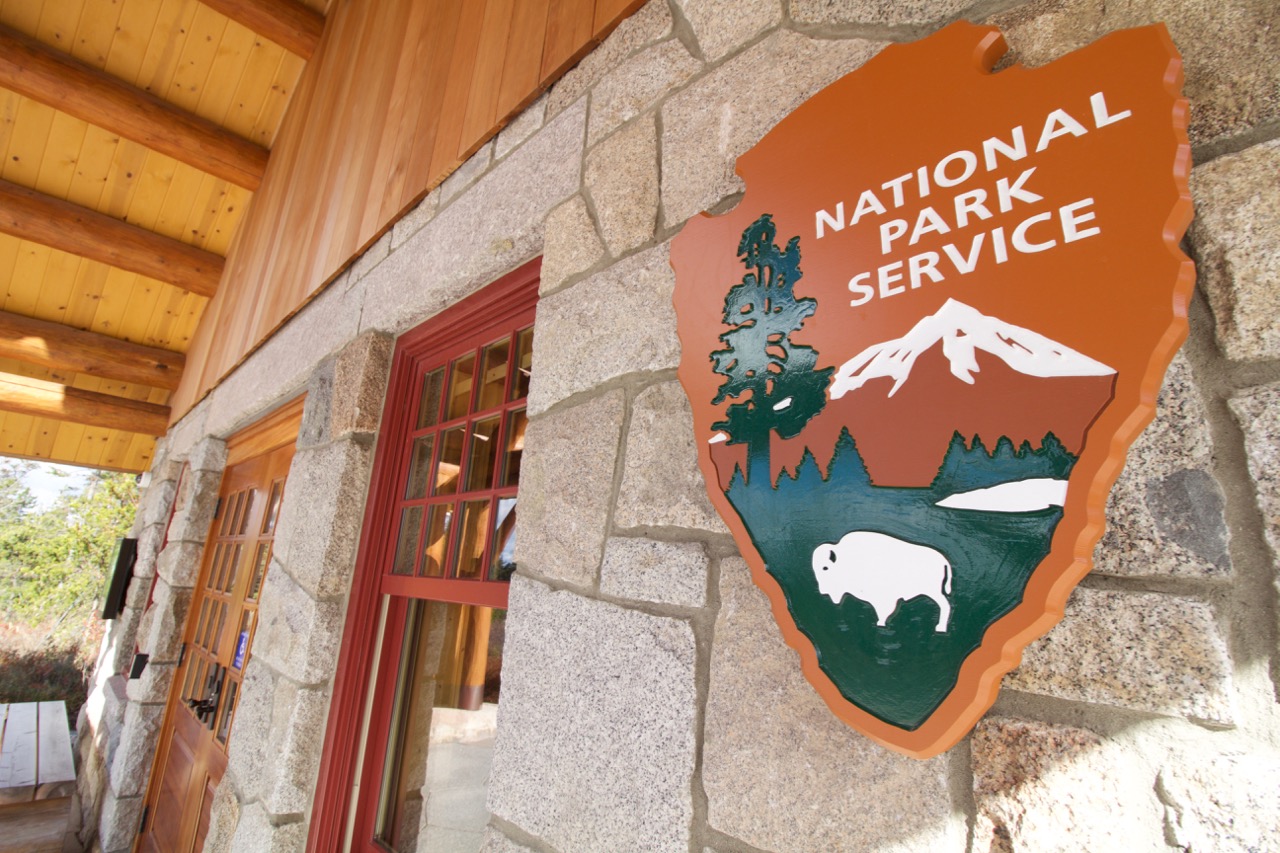 Just three days after his Grand Teton arrest, Reinke was stopped by Yellowstone Park Rangers who found him wandering through the park intoxicated and driving without a seatbelt. They were not aware of Reinke’s bond conditions at the time, but he was given a citation. 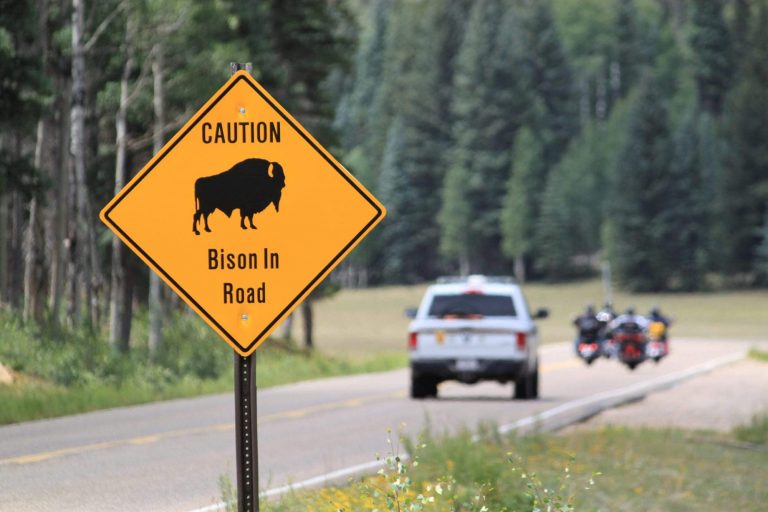 Shortly thereafter, Reinke got himself into hot water. Rather than staying out of the park has he had been told, Reinke went to meet up with one of Yellowstone’s formidable bison. It started when the bison was attempting to cross the road. In Yellowstone, bison definitely have the right of way.

11. Where the Buffalo Roam 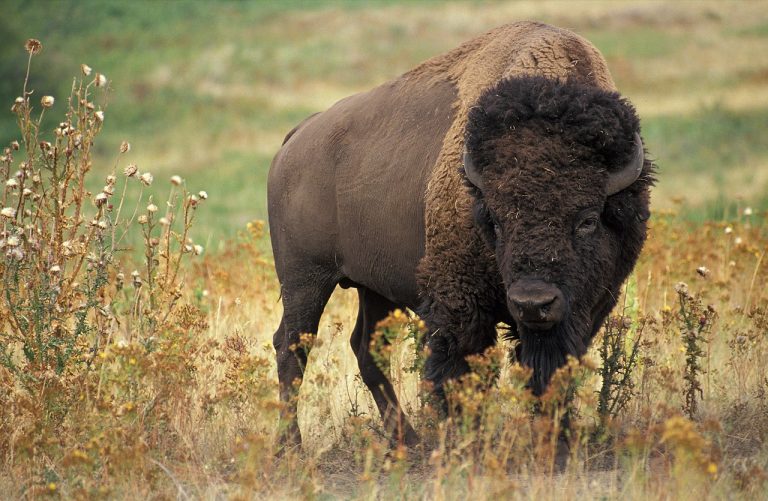 Many rare species live in Yellowstone National Park, including bison. Millions of buffalo once roamed North America, but there are now only 500,000 in the U.S. now. They can roam wherever they want in Yellowstone, and for the most part, they aren’t interested in people. 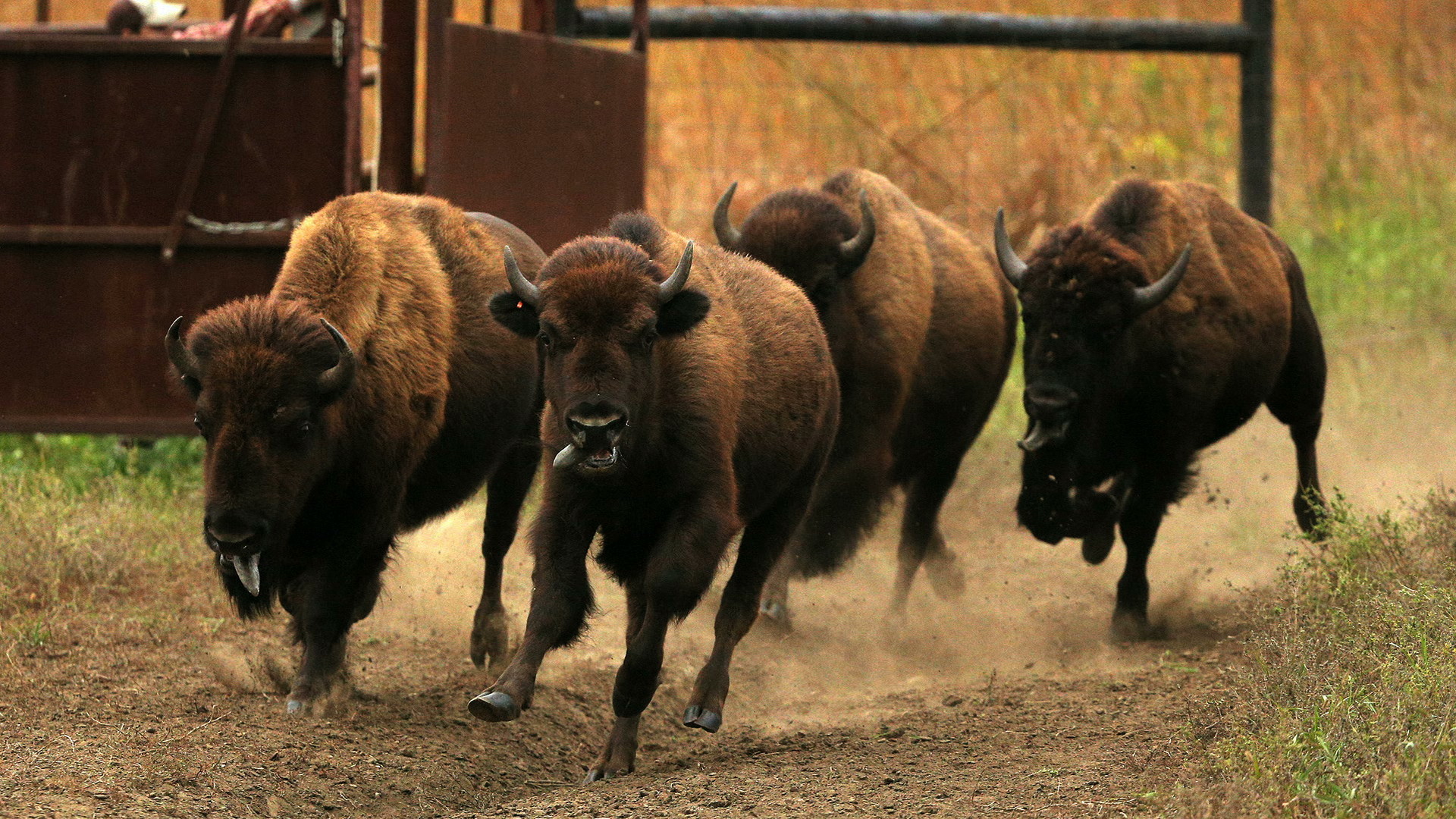 The rules of the park are designed to protect people and bison. Visitors can’t go within 25 feet of bison or other endangered species. Although the image of buffalo is of large, slow creatures, the reality is that male bison can weigh up to a ton. They run up to 35 miles an hour. They also have sharp horns. Although buffalo aren’t looking for trouble, they are willing to bring it if you bring trouble to them. 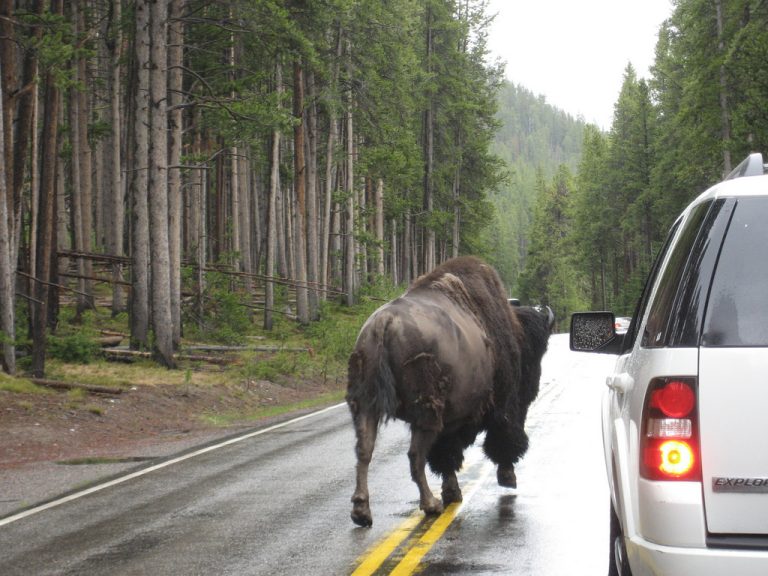 Back to good old Raymond Reinke, who had recently been sprung from drug tank. He was wandering around Yellowstone in a drunken stupor when he stumbled upon a road where bison blocked the road. Drivers were patiently waiting inside their cars, like they should be, but Reinke decided he should shove the bison off the road. 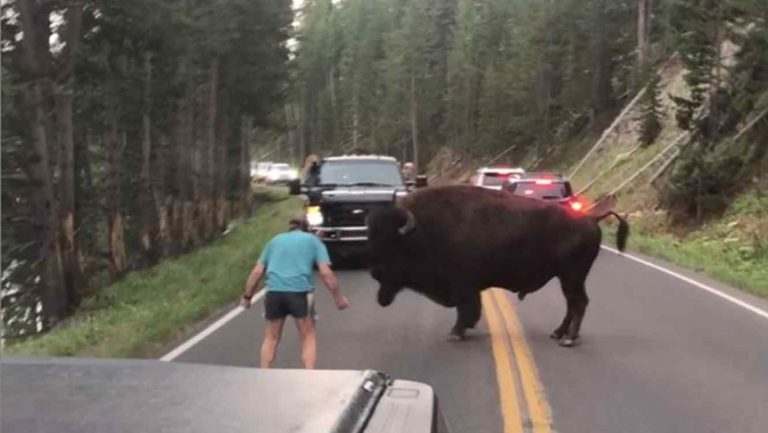 The bison wasn’t threatening anyone, but Reinke ran up to the road and stood in front of the bison. Amazed and appalled drivers made videos and photographs of his stupid antics. Reinke waved his arms and got in the buffalo’s face. 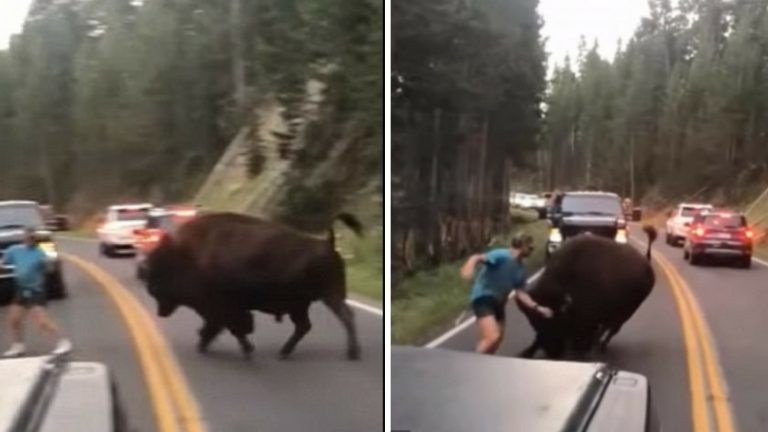 The bison decided to teach Reinke a lesson. He reared up and charged at Reinke. He could have killed him right there, but the merciful buffalo still wasn’t looking to stir up trouble. He just wanted to scare off a drunken fool. He pulled back as Reinke ran in surprise. 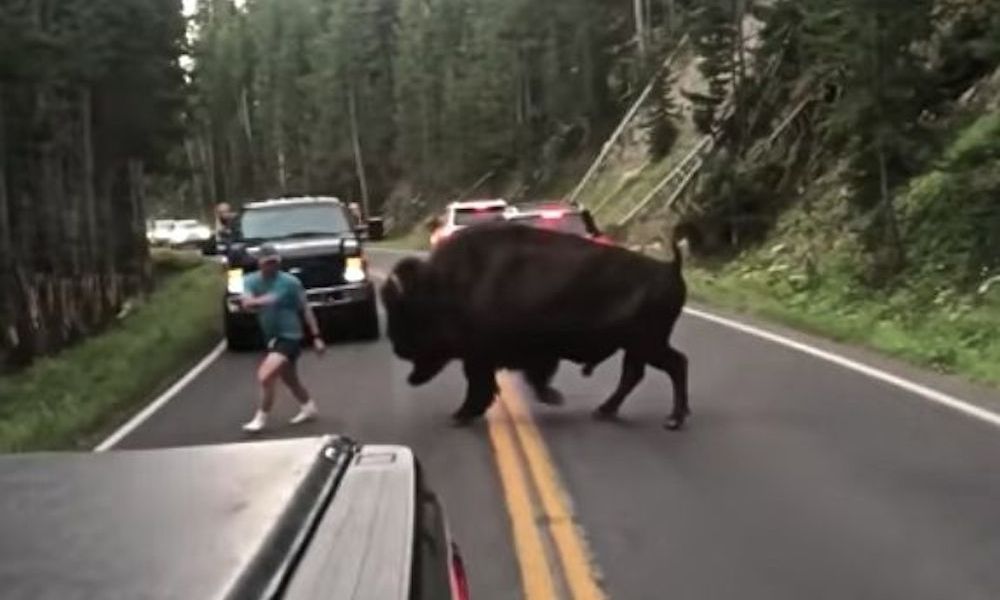 Reinke ran around in circles as the massive bison deliberately chased him to the side of the road. The other drivers who witnessed the occasion cheered the buffalo’s charge. They yelled well-deserved insults at Reinke. They also continued to record evidence of the incident.

5. A Warrant for His Arrest 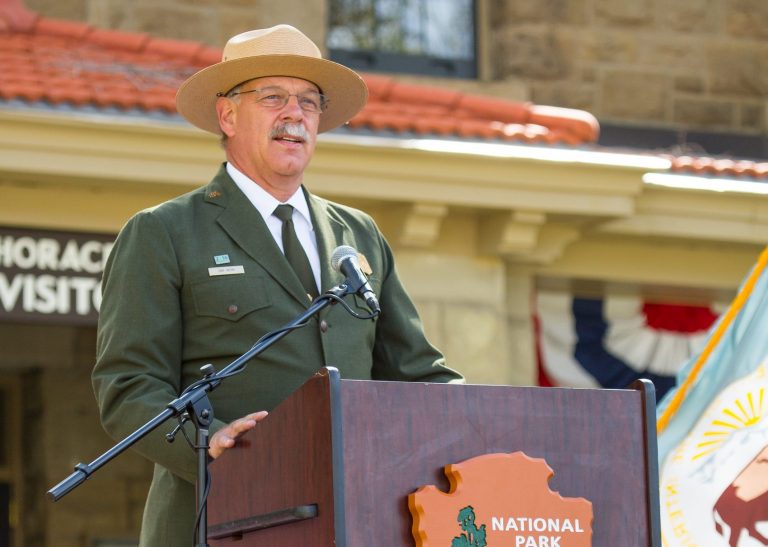 It only took a few minutes for the video to be posted to the internet, where it went viral. That’s when Yellowstone Superintendent Dan Wenk became aware of the incident. He immediately set out to arrest Reinke. He and the rangers put out a warrant for Reinke’s arrest. 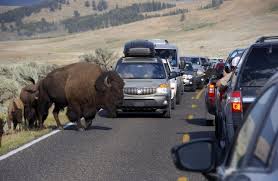 Although Reinke didn’t appear to be in the Yellowstone area, the rangers knew he could not have gone too far. That’s when Reinke made another boneheaded move that made it easy for the police to catch up to him again. This time, he wouldn’t be released so easily. 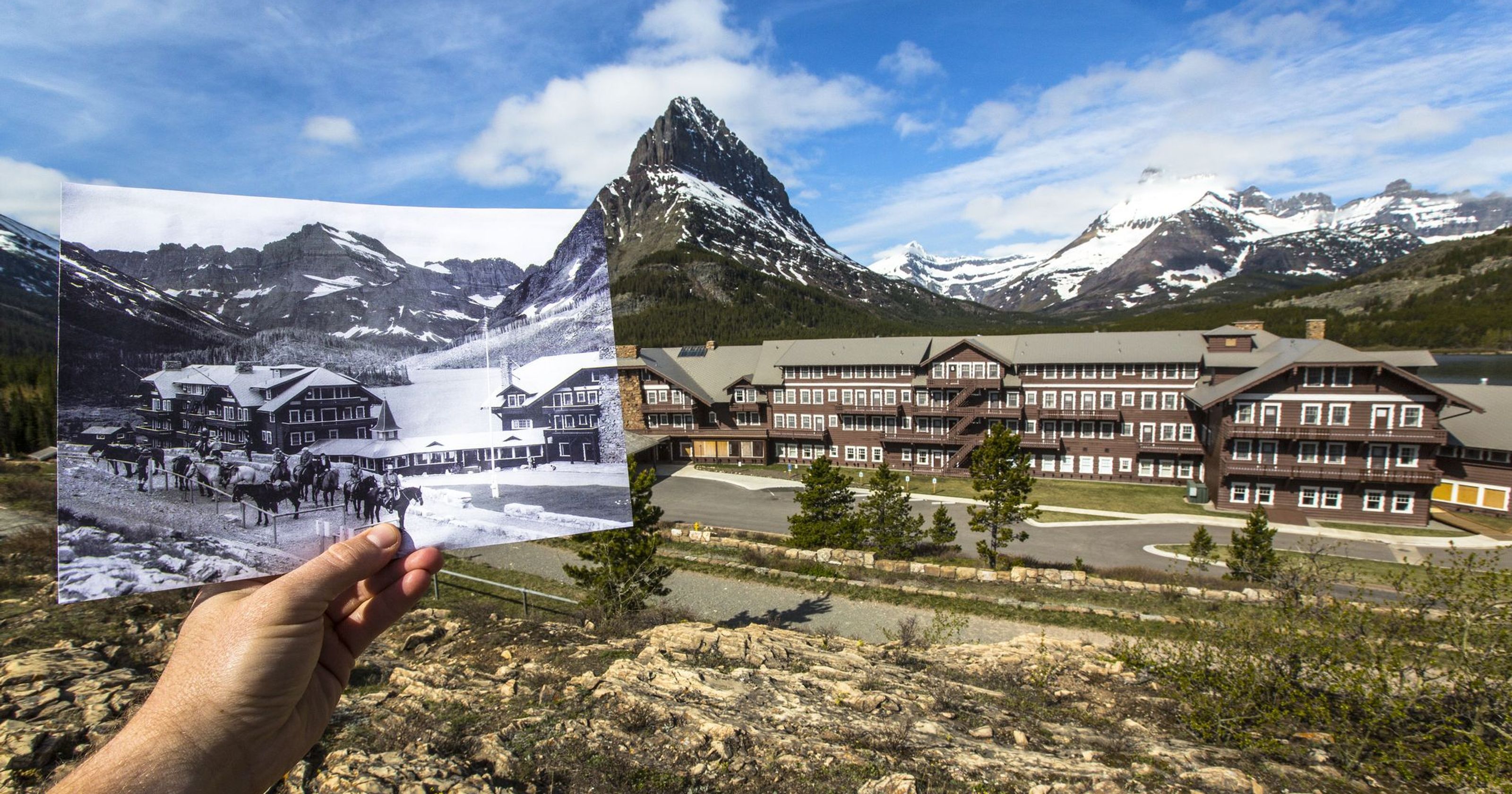 Reinke was at the Many Glacier Hotel near the national parks. He was – of course – drunk and creating a scene. The rangers arrived to take him into custody. Reinke was not released on his own recognizance. Instead, he had to wait in jail for a week for his court appearance. 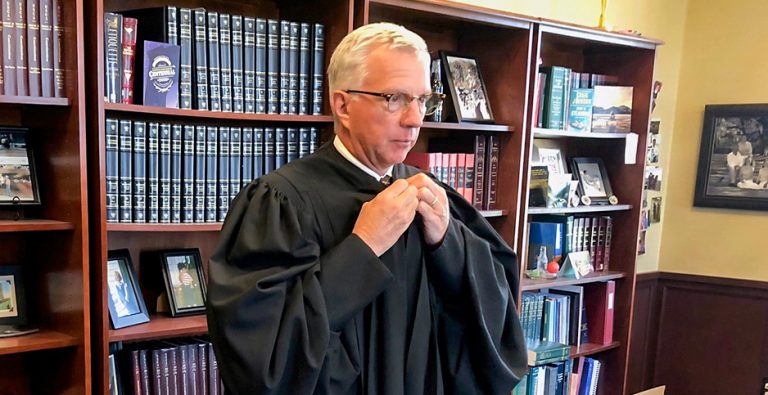 There is a unique court system which oversees the national parks in the area. Judge Mark Carman is one of the few judges in America with the responsibility of enforcing the laws of the national parks. When Reinke appeared in his courtroom, Judge Reinke informed him that he was actually pretty lucky. “You’re lucky the bison didn’t take care of [you]’ he said, ‘and you’re standing in front of me.” 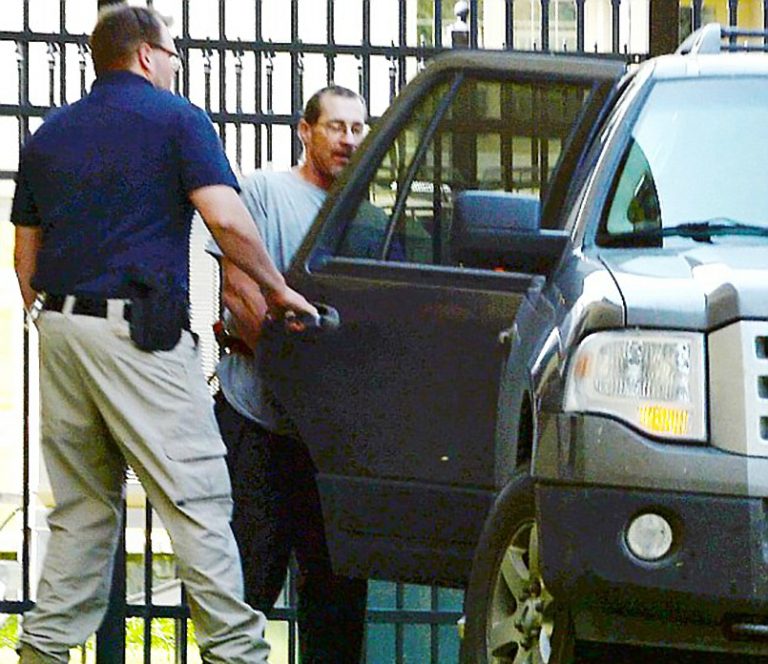 Judge Carman made an example out of Reinke, sentencing him to 130 days in jail to account for the three run-ins in the national parks. He was given 60 days in prison for harassment of wildlife, 60 days for interfering with law enforcement and 10 days for disorderly conduct. He also got five years of probation, during which he cannot enter any American national park.