When A Bus Driver Saw a Toddler Wandering the Streets Alone, She Immediately Jumped into Action 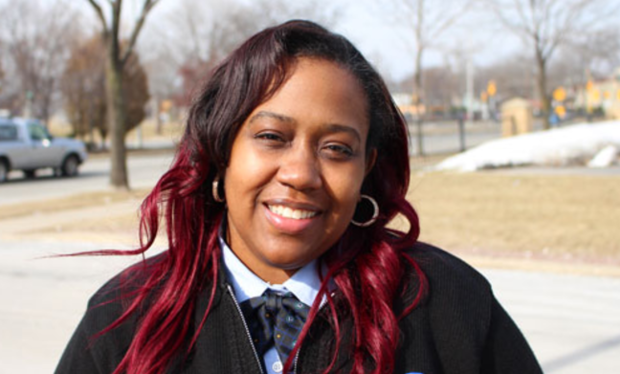 It was just a typical day at work for city bus driver Denise Wilson, when she noticed a small figure shivering in the winter cold. After slowing down to check out the situation, the bus driver sprang into action, not knowing a camera was recording her every move. What happened next captured the hearts of those who saw the video, declaring Denise a “hero.”

This incredible story is sure to pull at the heartstrings. 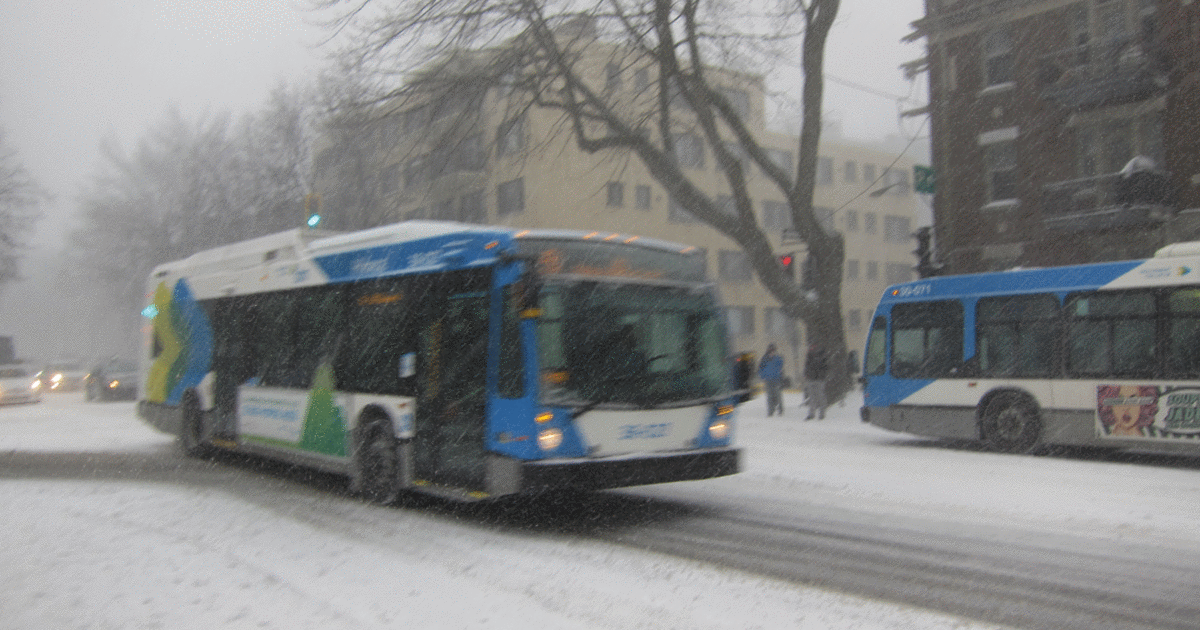 Working as a bus driver in Milwaukee, Wisconsin, Denise Wilson was no stranger to weird things happening on her shifts. Working in the evenings during some of the coldest months of the year, something remarkable happened one night in 2017 and it would change her life forever.

It was a freezing cold night in January when Denise reported for her night shift. She knew it was going to be a long and bitter night, with the temperatures only reaching 26 degrees. It was the type of night everyone should be cuddled around a warm fire, but sadly not everyone would be keeping warm. 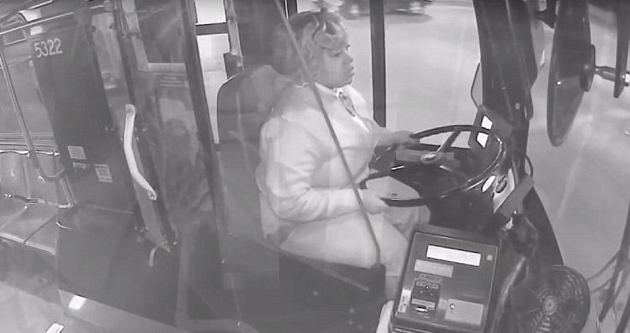 Roughly around midnight, Denise decided to sneak in a quick break. Her routes had been slow, mostly due to people staying out of the cold, so she figured she could take a moment to rest. It was then she spotted something very strange in the street. What do you think she saw? 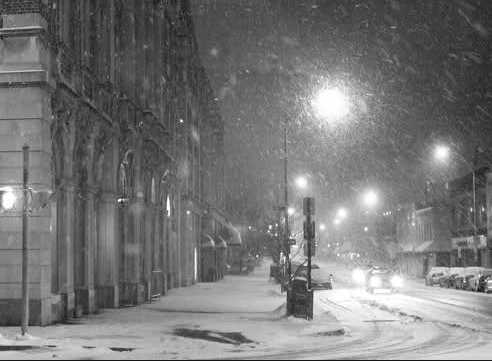 Running down one of the main streets, was a small shadowy figure. At first, Denise thought her mind was playing tricks on her. Who would be out in the cold after midnight? But then she realized the shadow was a small child. This was even more confusing. Where were the kid’s parents? 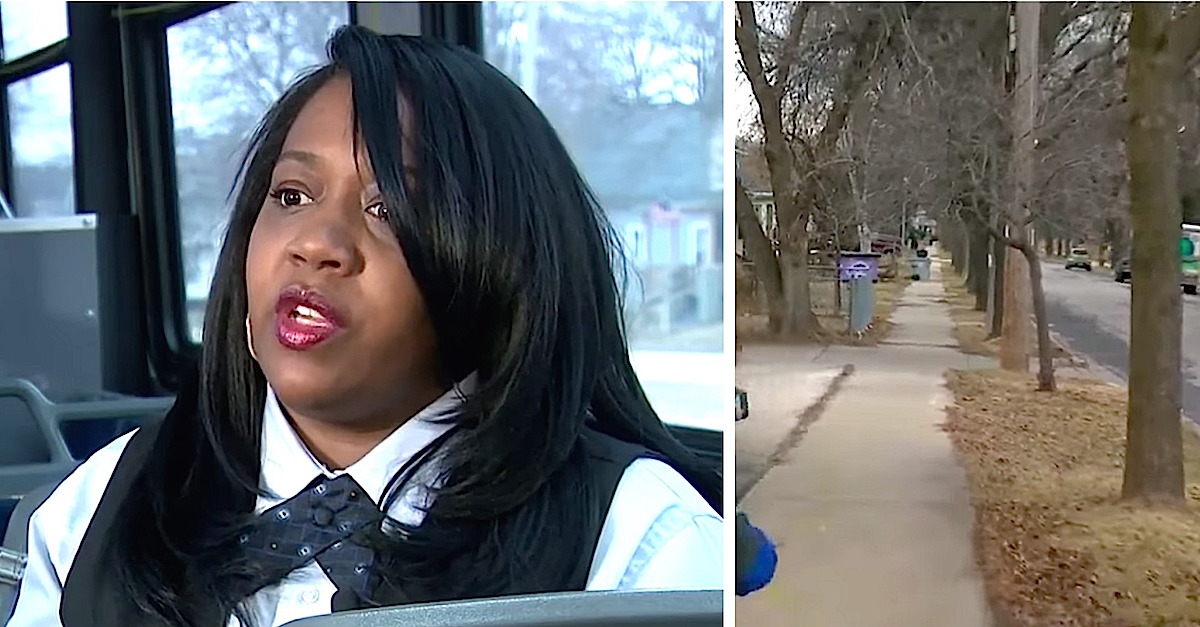 Denise found the situation very bizarre. She then noticed that the child was only wearing shorts. No t-shirt, no shoes, simply pajamas in the freezing cold. Then, Denise’s heart broke. In the silence of the night, she heard the child crying. 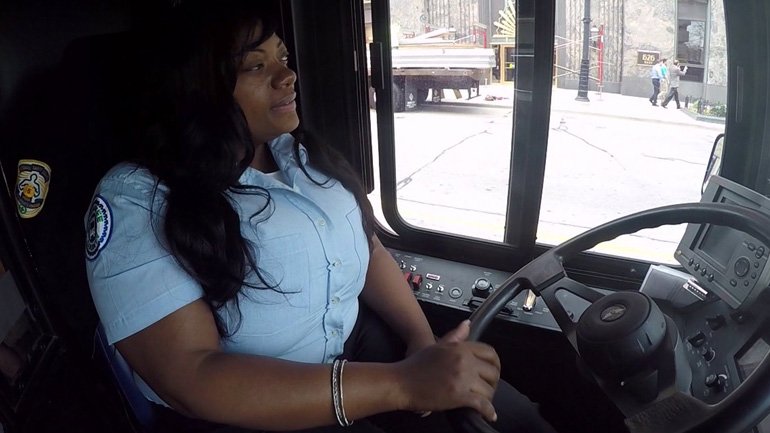 There was no way Denise could ignore this poor child alone in the frigid night. She immediately jumped off of her bus and made her way to the child. Asking him where his parents were and his name. She hoped that she would curate enough information to get the kid home. However, being so scared, would he be able to assist her? 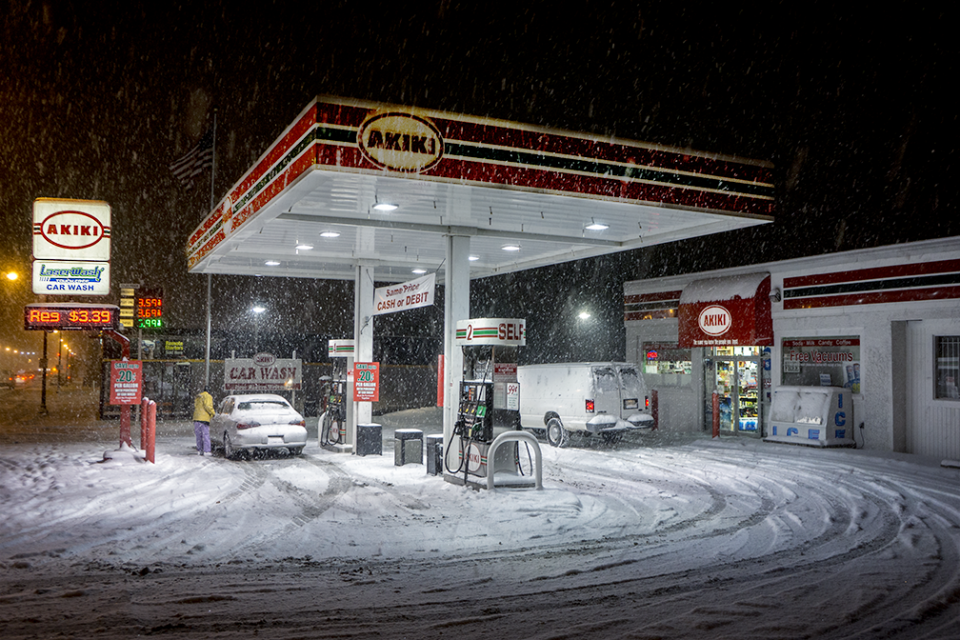 Denise’s first plan of action was to get the child warm. She took him to a nearby gas station so he could get out of the cold. After purchasing him something hot to eat, a kind citizen donated the little boy their sweater. Now, with that taken care of, Denise needed to find the boy’s parents.

Back to the Bus 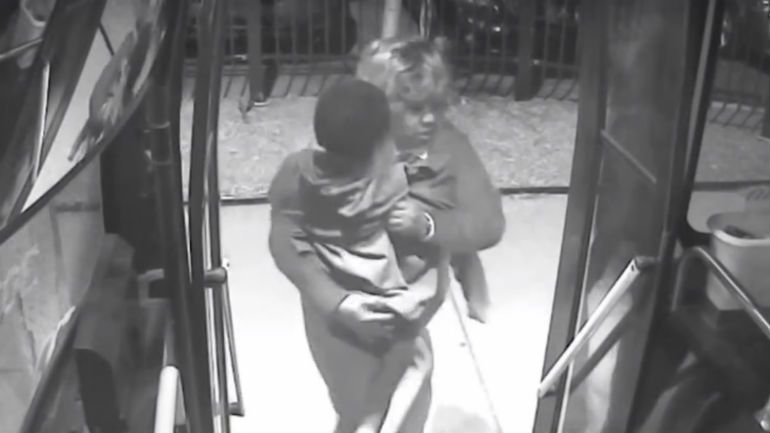 Returning to the bus, which was captured on the vehicle’s CCTV cameras, Denise set the boy down on one of the seats and locked the doors. She wanted to make sure the little boy was kept as warm as possible. However, the child was still shivering.

Kindness from A Stranger 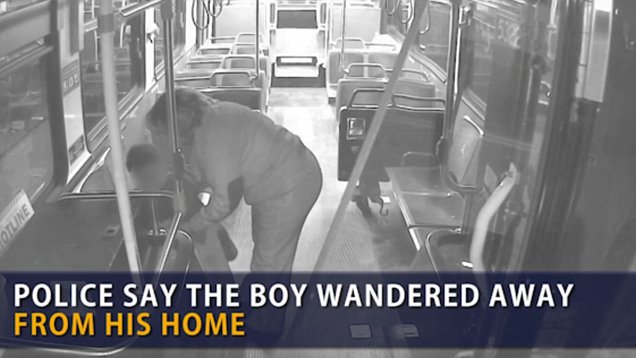 Realizing he was struggling to keep warm, Denise searched through her things to find him another sweater. The kind gesture was captured on video, revealing Denise asking if the boy if he was still cold. He definitely appreciated the extra clothing on such a freezing evening. 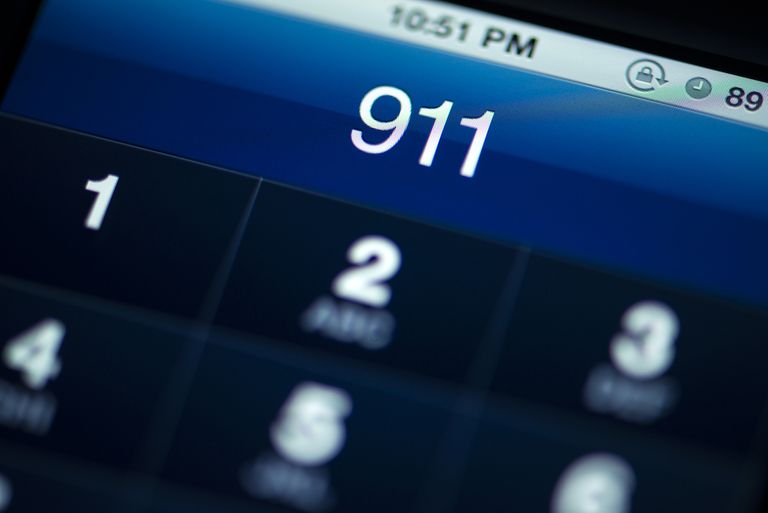 Realizing that finishing her shift wasn’t going to be a priority, Denise called her supervisor to explain the situation. She also phoned the police who would be there shortly. As they waited for the officers, Denise tried to calm the boy down and keep him comfortable. She couldn’t imagine how scared he must be. 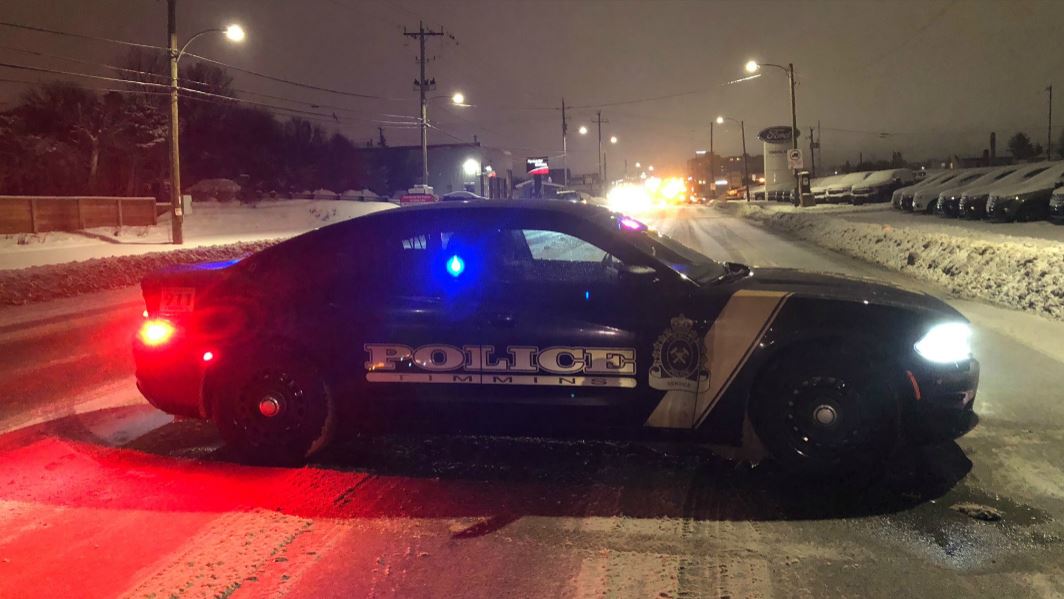 Denise discovered that the little boy was only five-years-old. However, the stress and anxiety of being lost really tuckered him out. He finished his snack and fell asleep before the police arrived. Thankfully, once the officers got there they began to investigate how he ended up alone in the street in such frigid conditions. 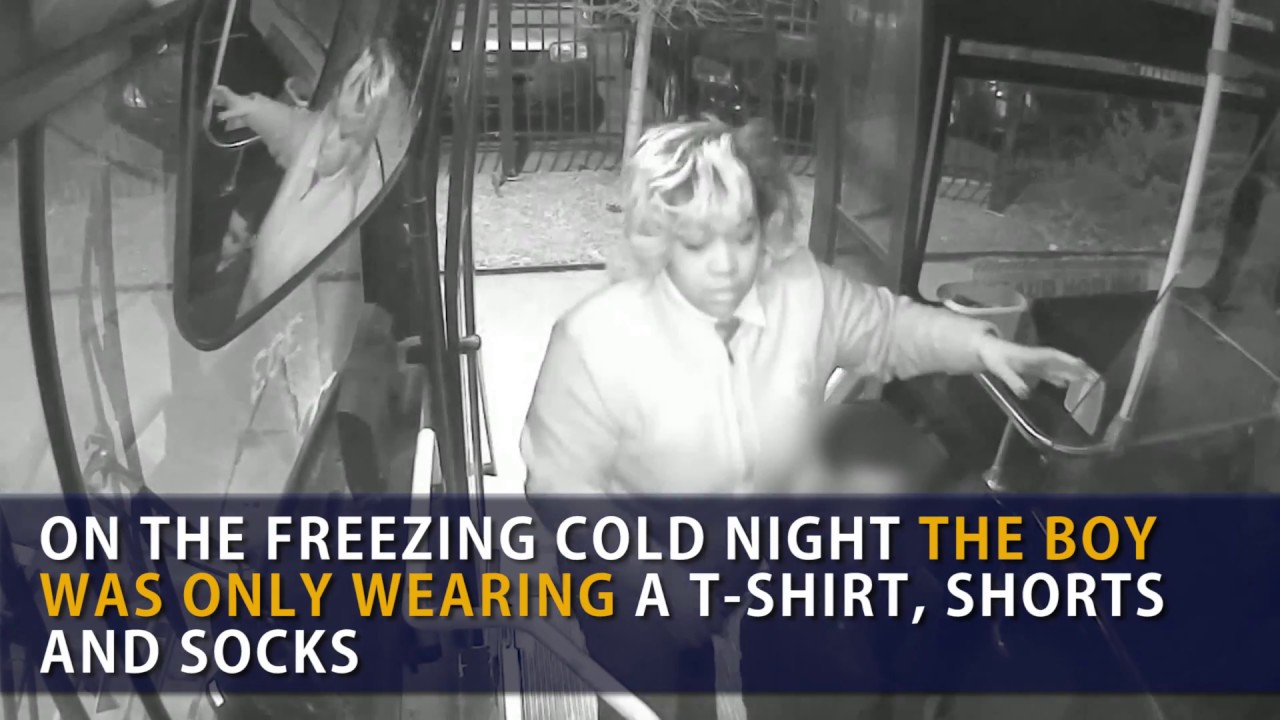 It was revealed that the boy had wandered away from his home that night when his family members weren’t looking. Another report detailed that there was some spotty communication between the family, which resulted in the child being lost in the city.

Praised for Her Ethics 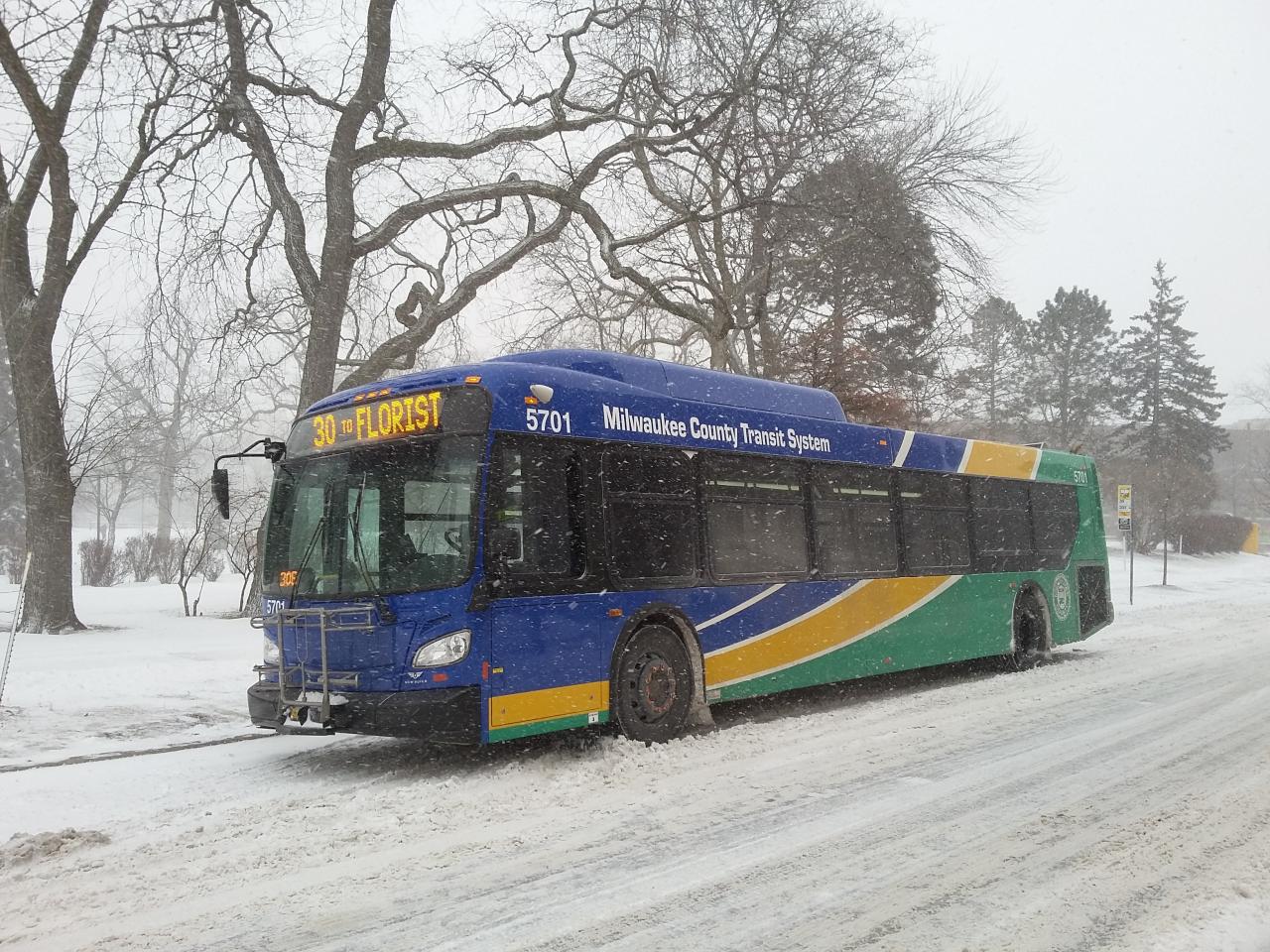 The Milwaukee County Transit System showered Denise with praise for going above the call of duty to help the boy. Regardless of WHY he had ended up scared and alone, in the end, he was safe and that was thanks to Denise’s selfless act.

Only Six Months on the Job 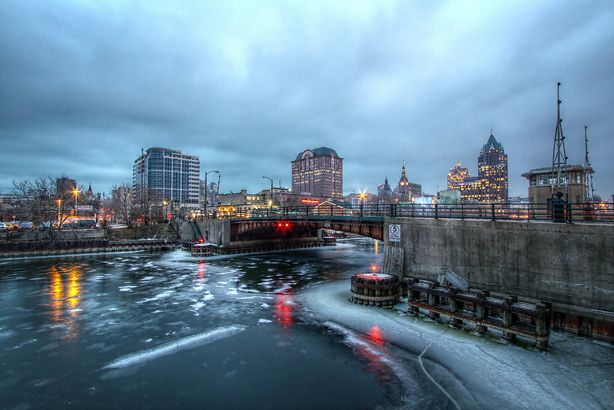 Denise had only been working for the public transit system for six months, and during that time she had become of the best drivers for the city. The public was impressed by her calm and collected attitude and how she didn’t allow the situation with the little boy to go from bad to worse, despite being slightly frightened as well.

An Outpouring of Love 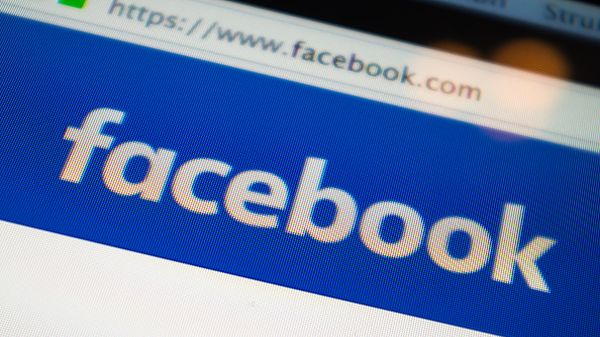 Social media went wild over Denise’s quick thinking as well and there was a large outpouring of support for the bus driver.  “Thank you, Denise. A great portion of heaven awaits you,” one user commented. “God bless that lady!”

Turning Attention to the Parents 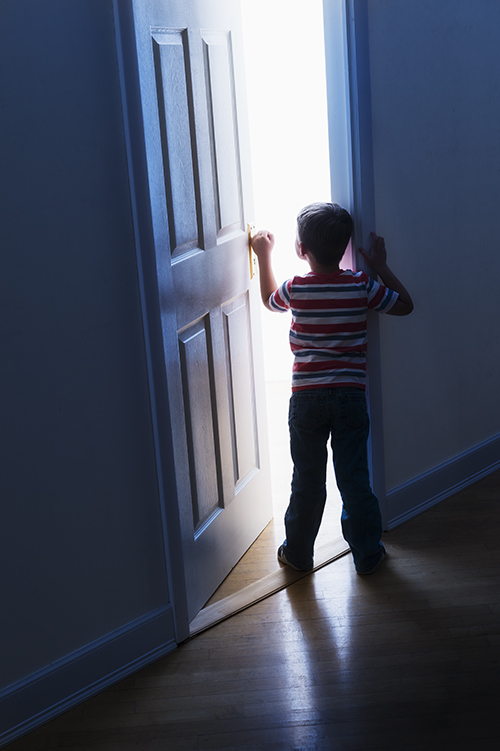 Despite the praise for Denise, the parents of the little boy didn’t get as much compassion. People questioned how a toddler could have easily gotten out of the house and why the parents didn’t lock the doors? However, some did come to their defense, reasoning that at five-years-old you could easily unlock a door. 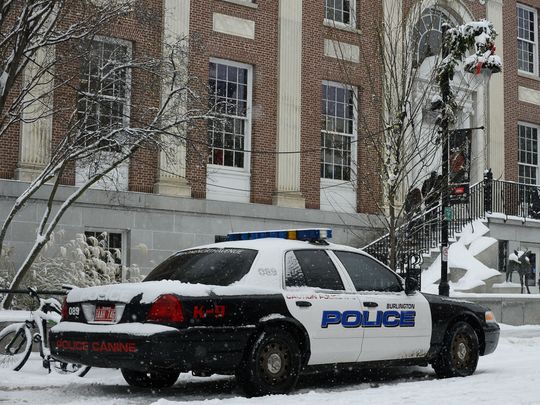 After a thorough investigation, the police concluded that the incident was simply an unfortunate accident. Child protection services dropped any further investigations into the family. Meanwhile, Denise was declared a hero for the city. 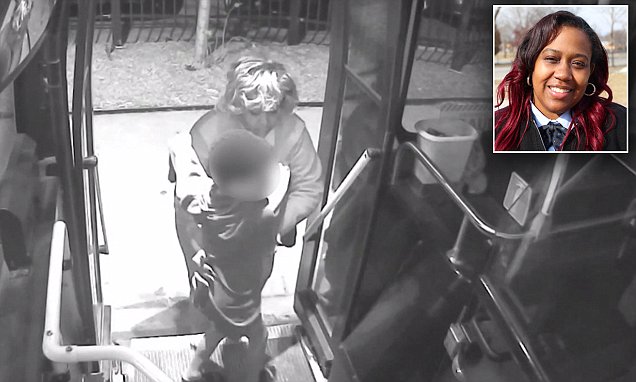 However, Denise doesn’t see herself in such a light. She takes a much humbler approach to the situation, stating: “I’m a child of God, and a lot of times we try to do what’s right when we see something happening, and if we’re there to help and have the ability or means to do it, that’s what we’re supposed to do.”

Simply There to Help 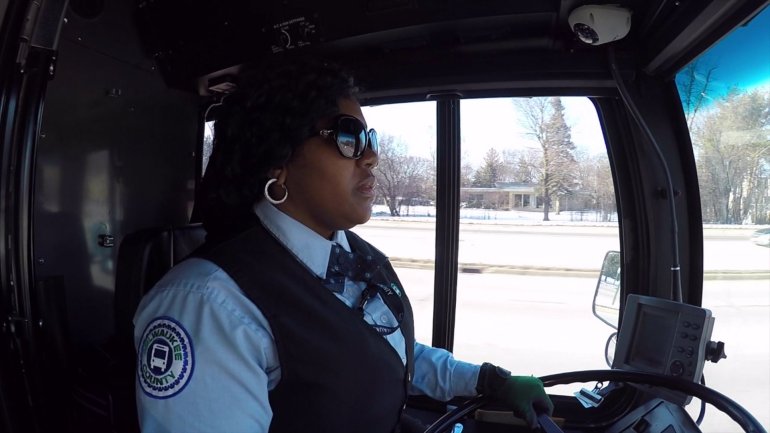 Denise may not see herself as a hero, but the public does. For the city, she is a valuable asset. But Denise reiterates she was just happy to be there to help. She also hopes that others would have done the same in her situation.

We hope that that other bus drivers in the city take notes from Denise. A helping hand can go such a long way.