These Are The Most Haunted (and Terrifying) Places in the World 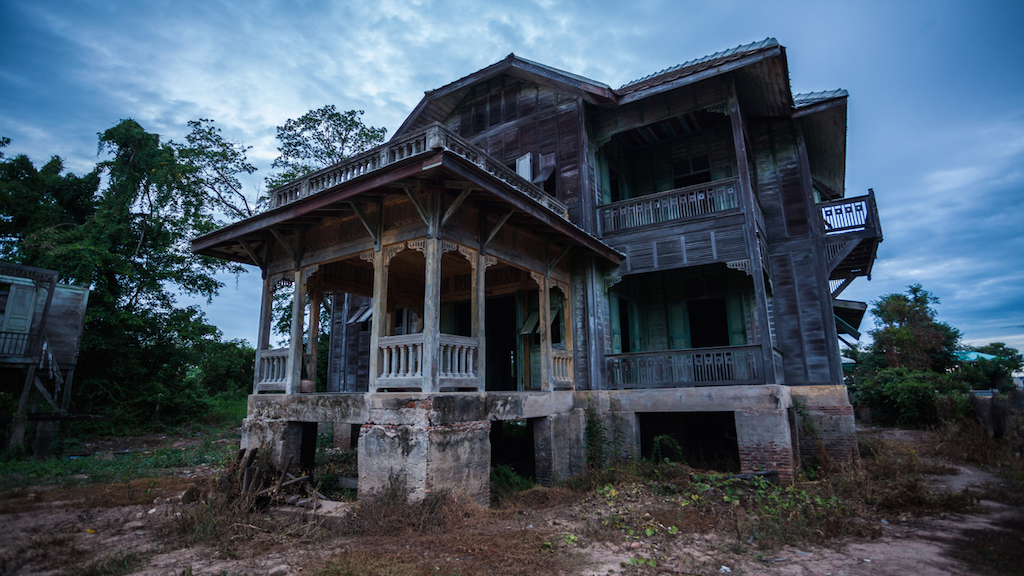 For those of you interested in the supernatural, there is a never-ending supply of locations across the globe that are sure to satisfy your longing for a wicked haunt. Our world is a strange place, and when it comes to ghosts and hauntings, there are quite a few locations that have a reputation for being hotbeds for supernatural activity. While some may have a ghost or two, others are known for being terrifyingly haunted to the point of almost being dangerous.

If you’re looking for a good scare, these are the most haunted locations in the world. Don’t say we didn’t warn you…these places have histories that are truly chilling. 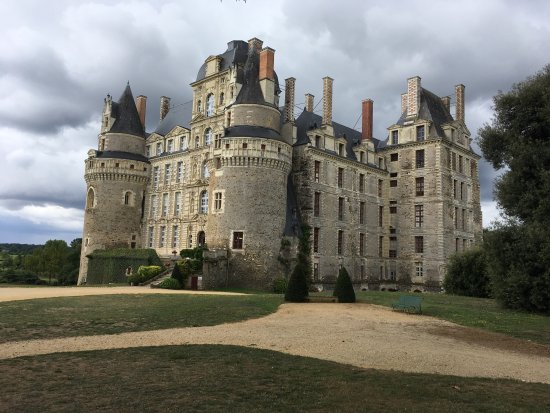 Considered to be one of the tallest castles in France, this chateau is home of “The Green Lady,” the ghost of Charlotte of France. According to legend, Charlotte was murdered by her husband when he found her having an affair. Now she wanders the halls of the tower room in the chapel. Sometimes she can even be heard moaning in the early morning just before sunrise. Care to book a tour? We don’t think so. 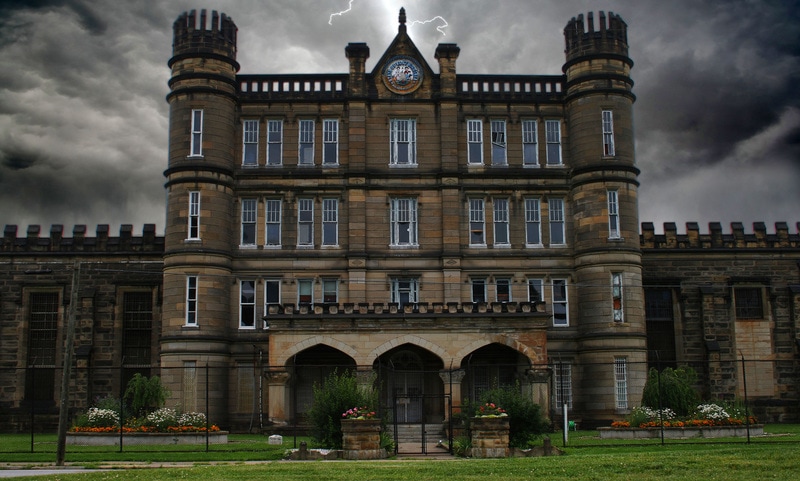 Located in West Virginia, the Moundsville Penitentiary is considered to be one of America’s most violent correctional facilities. Murders by fellow prisoners ran rampant, and many inmates died by hanging and the electric chair during the facility’s 100 years of operation. It was closed in 1995 but is believed to be haunted by the tortured souls that died there. Today, the facility offers overnight ghost tours that can be done in groups or privately. Would you want to walk these halls at night? 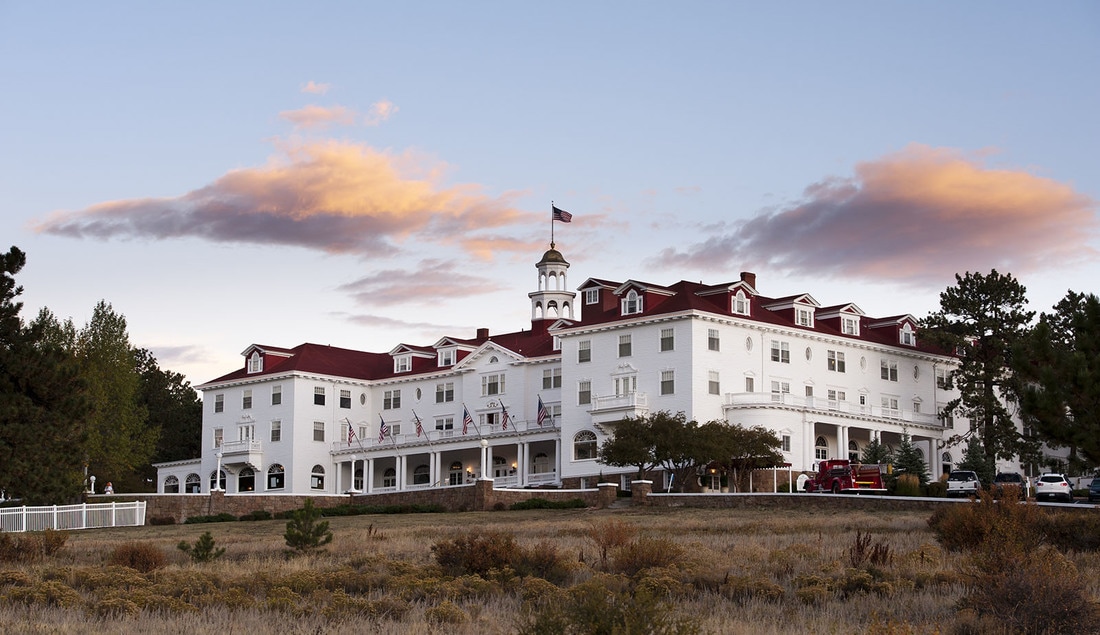 Known for inspiring Stephen King’s The Shining, The Stanley Hotel is considered a supernatural hotspot that attracts tourists from around the world. From multiple ghost sightings to chilling piano music playing in the middle of the night, the hotel has embraced its haunted reputation, offering ghost tours and psychic readings. Personally, we rather stay at a Holiday Inn. 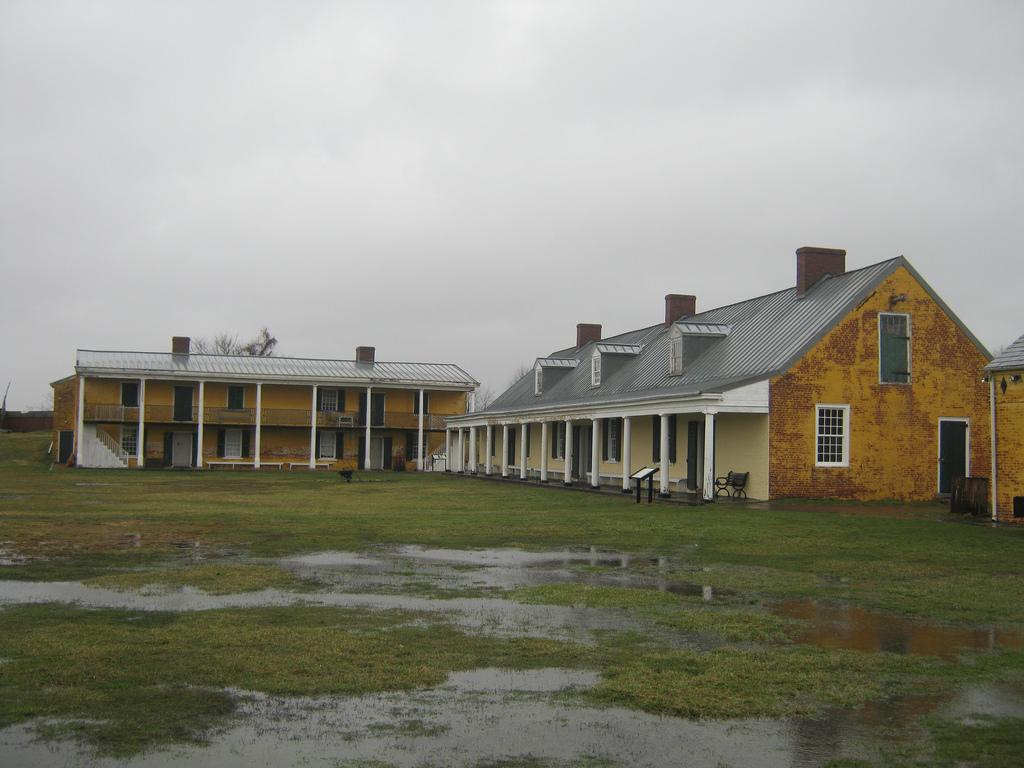 The only Revolutionary War battlefield that’s still intact, over 14 buildings have been restored along the grounds near the Delaware River. According to the local residents, the area is extremely haunted with one ghost known as the screaming woman being so loud the local police have had to been called. There’s also reports of a faceless man wandering the fort and ghostly dogs. 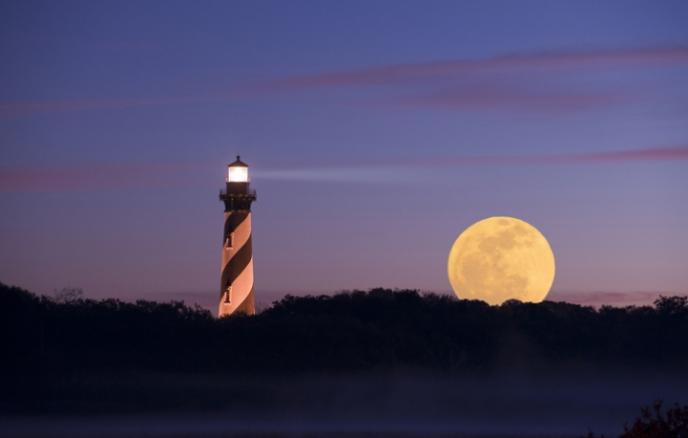 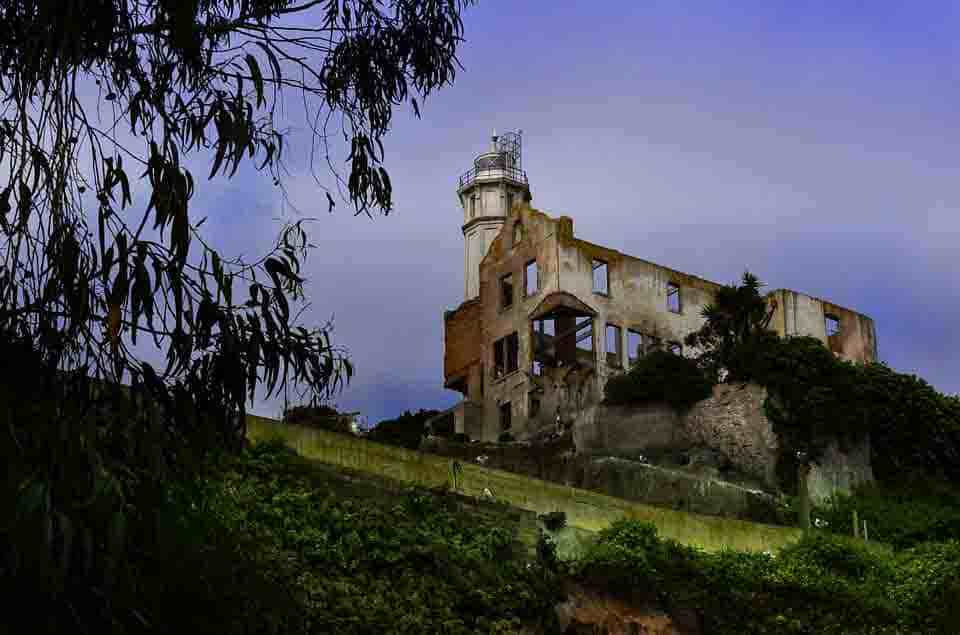 This island may be beautiful, but it has a very dark past. Known for being a quarantine zone for people stricken with the plague, it also is the home to an insane asylum from the early 20thcentury. According to professional ghost hunters, the island is swarming with paranormal activity, with ghosts of those who died appearing all over the island. 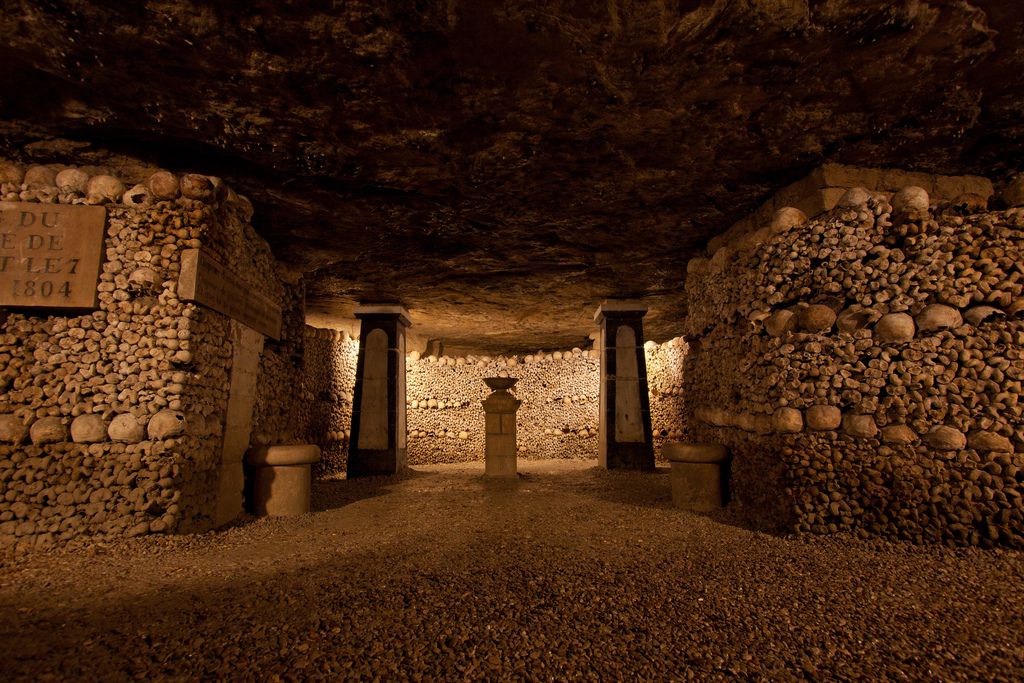 What was formerly the city’s limestone quarries, the catacombs underneath Paris are filled with over six million bodies that were unearthed during a flood in the Les Innocents cemetery in 1780. Visitors can tour roughly a mile of this underground labyrinth, which is known to be extremely haunted. From rumors of underground cultists to terrifying spirits, the catacombs are not a place you want to get lost in. 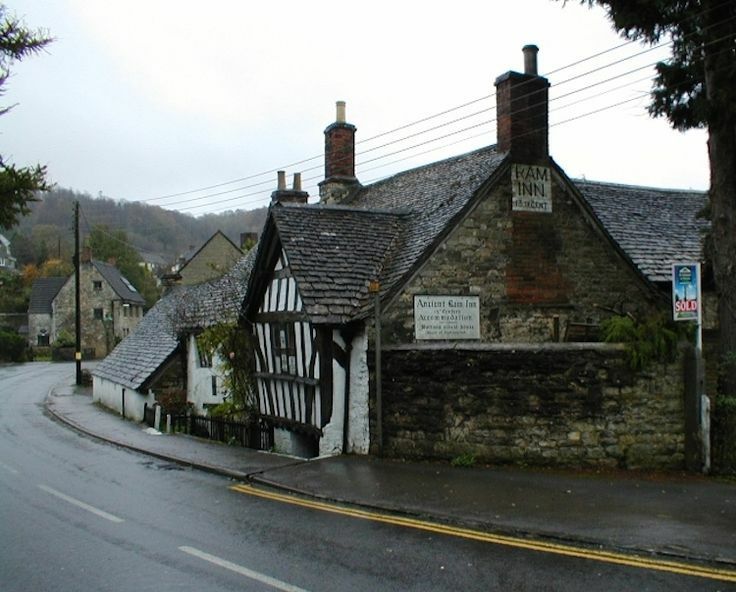 Located in Wotton-under-Edge, England, the Ancient Ram Inn is rumored to have been built on a pagan burial ground. There are over 20 spirits that haunt the location, with the ghost of a pagan high priestess and an incubus being the two most popular. We definitely will cross this off the list of places to visit, that’s for sure. 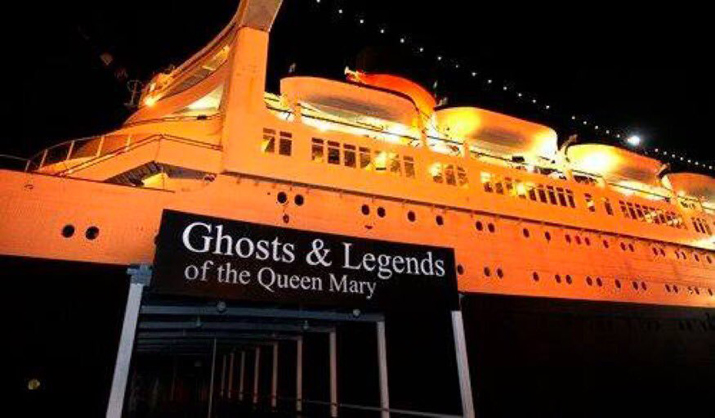 Docked in Long Beach, California, the Queen Mary is an ocean liner that has been permanently docked after over 30 years at sea. The Queen Mary is known for more than 50 deaths and is so haunted you can only visit on supervised ghost tours with professionals. One of the more popular ghosts lurking the halls is an engineer who died in the ship’s engine room and the “Lady in White.” 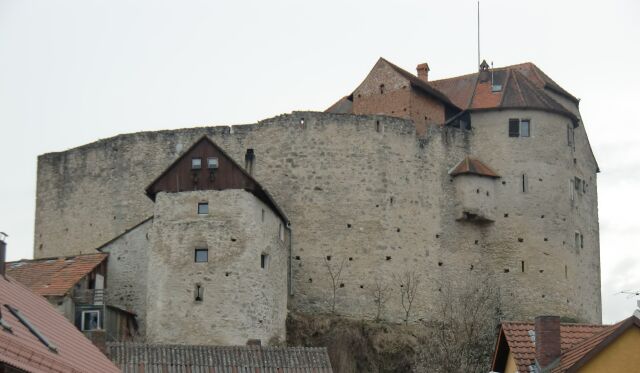 An 800-year-old castle in Germany, this haunted relic is known for the “White Woman” who scares off visitors that dare enter the castle. She’s believed to be the ghost of Klara von Helfenstein, a woman murdered by her incredibly jealous husband. Any of you men wish to encounter this woman scorned? 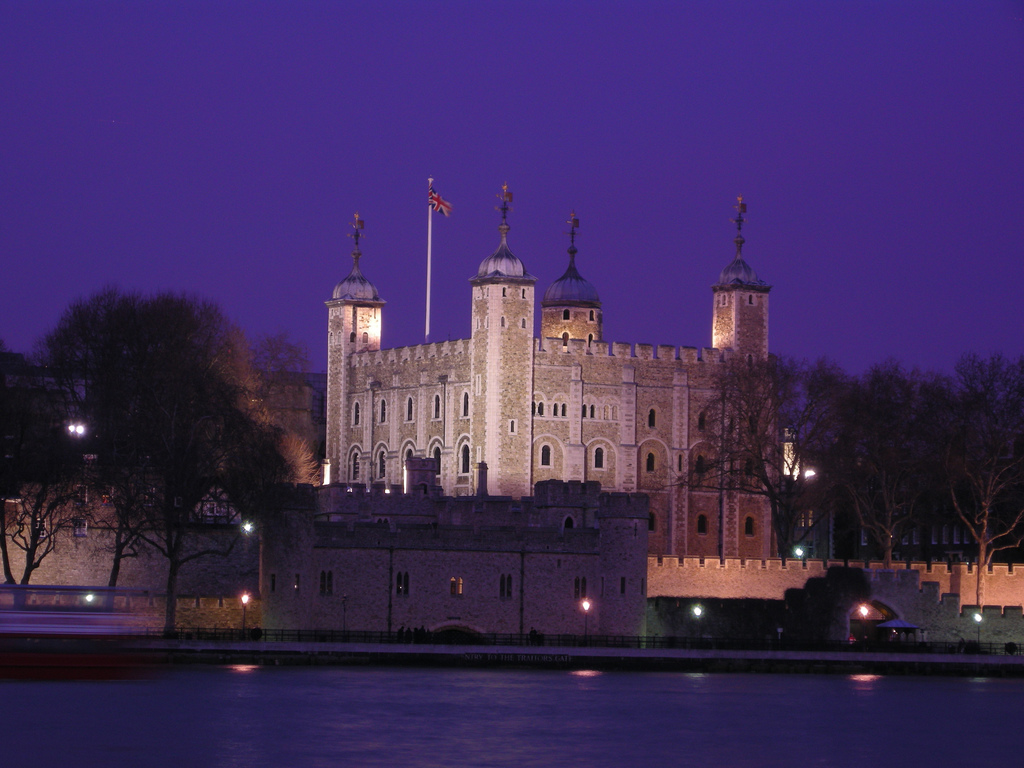 Known for being the final resting place of Anne Boleyn and Mary, Queen of Scots, the Tower of London is a fortress surrounded by 900 years of death and tragedy. There have been many ghost sightings on the grounds of this iconic monument, with many claiming the place has a very dark energy. We can’t imagine why. 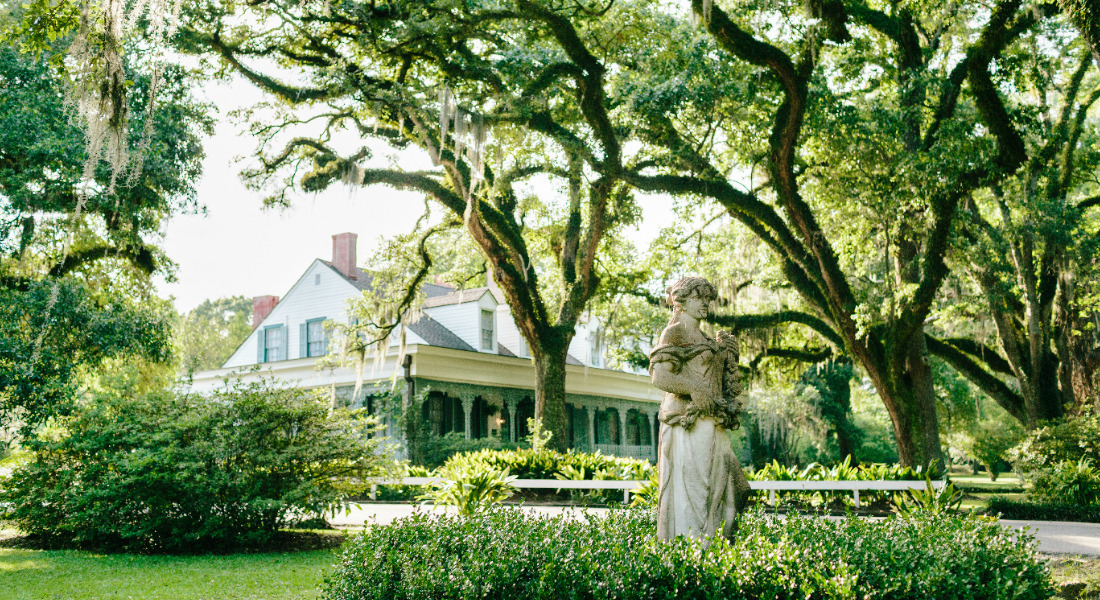 Considered to be one of the most haunted sites in America, the Myrtles Plantation was built on an ancient Native American burial ground. According to those familiar with the property, there are at least 12 ghosts that roam the grounds, which used to be home to many slaves pre-Civil war. With a history steeped in tragedy, it’s no wonder there are restless spirits unable to find peace. 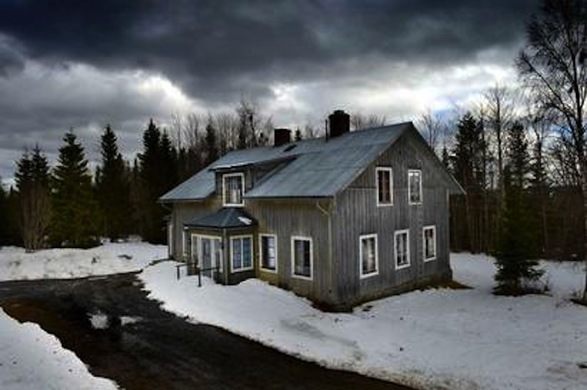 In Northern Sweden, you will find the small village of Borgvattnet where one of the most haunted homes in the country resides. Those living in the home have reported quite a few terrifying encounters with spirits, one being a woman in gray who loves to move objects. Today, the home is an inn and restaurant, attracting ghost hunters from around the world. 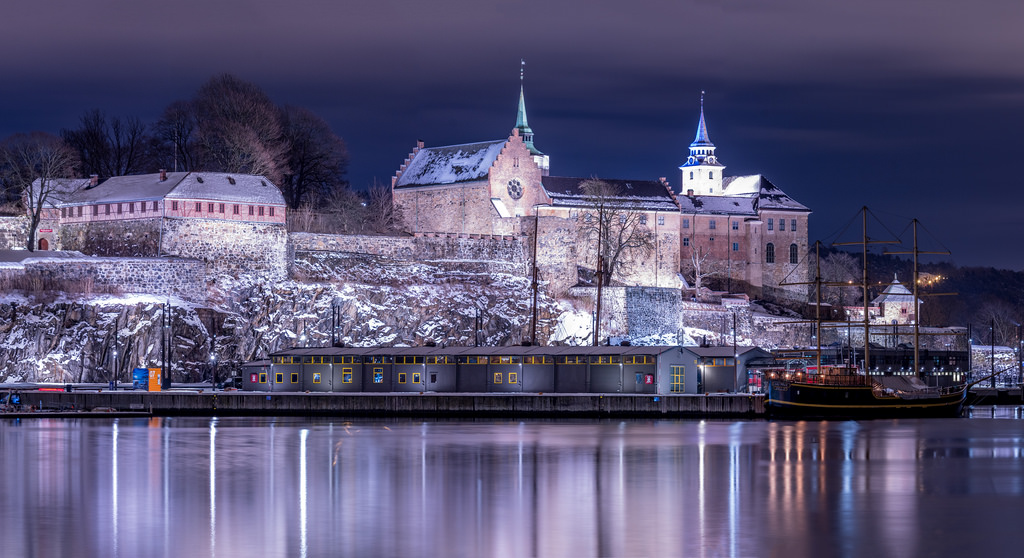 This castle in Norway used to be the defensive stronghold for the city of Oslo and is considered to be so haunted it’s almost too dangerous to explore. Many have sighted a demon dog known as Malcanisen who guards the castle gates, as well as a woman with no face who walks backward through the castle. Yeah, we think we’ll pass on a visit to this place. 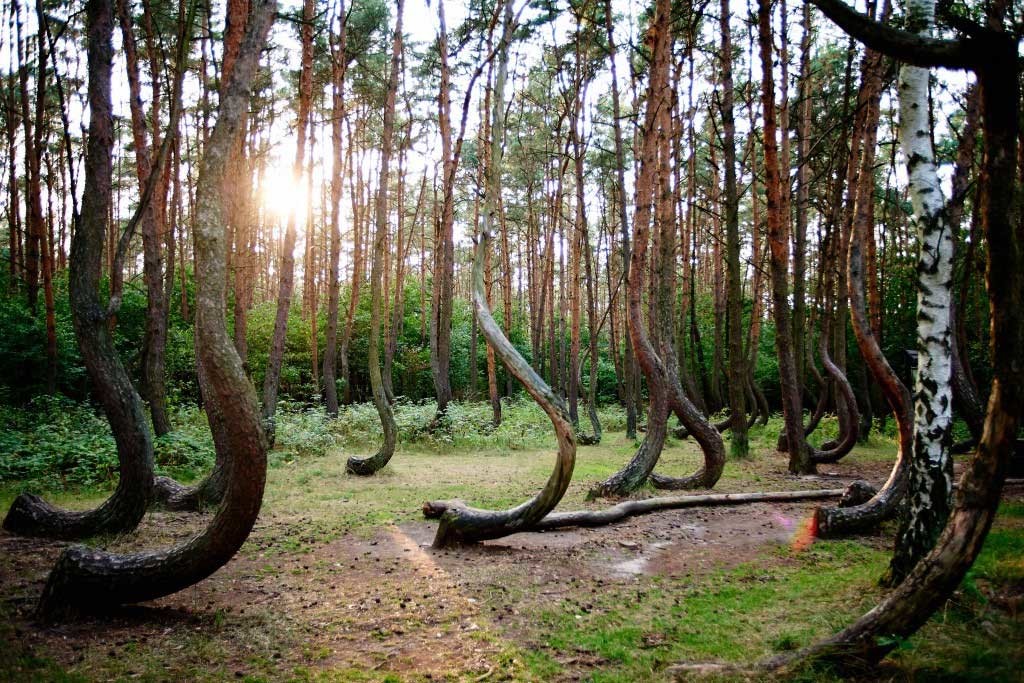 One of the most haunted forests in the world, people who have visited this chilling forest have claimed intense feelings of anxiety and like they are being watched by a dark presence. Ghost sightings are numerous in the area, with faces and apparitions appearing in photos. Some people have even claimed to have spotted UFO’s. 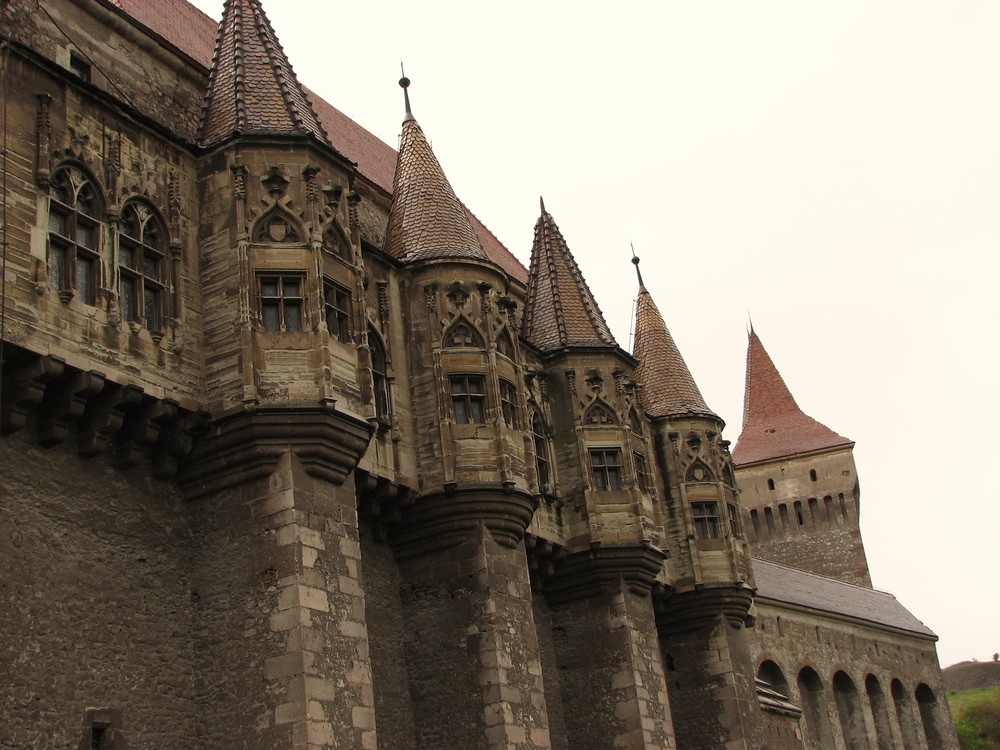 The inspiration for the vampire legend, Vlad the Impaler was imprisoned in Corvin Castle. Many people were believed to have been tortured and killed there and visitors to the castle have spotted ghosts and other strange sightings on the grounds. We’re not sure this is a place you would want to wander around alone in. Vlad the IMPALER? Yeah, no thanks! 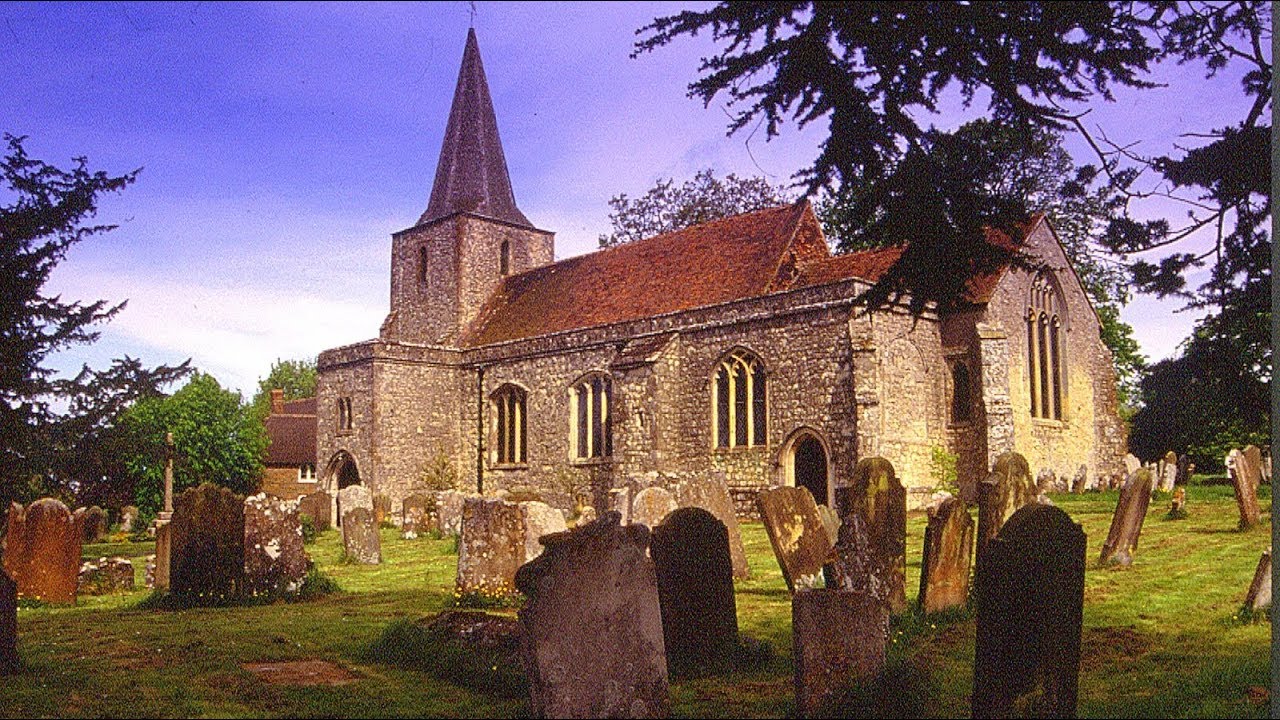 This small village in Kent is considered to be the most haunted village in England according to the Guinness Book of World Records. Apparently, up to sixteen ghosts roam in the area. One being a highwayman who was stabbed with a sword and pinned to a tree. There’s another ghost known as the “Red Lady” who prowls the churchyard once the sun goes down. Sounds like a great place to start a family! 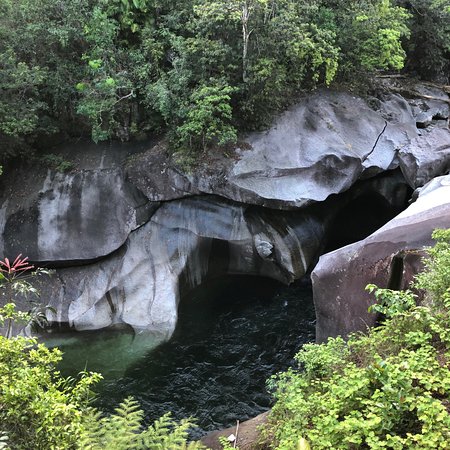 Believed to have been cursed by an Aboriginal woman who drowned herself after losing her lover, this natural pool has been the cause of 17 drownings since 1959. From strange falls to getting caught in the fast-flowing currents, many have found themselves submerged in a watery grave. Many visitors to the area have claimed to see ghostly apparitions floating over the rushing water. 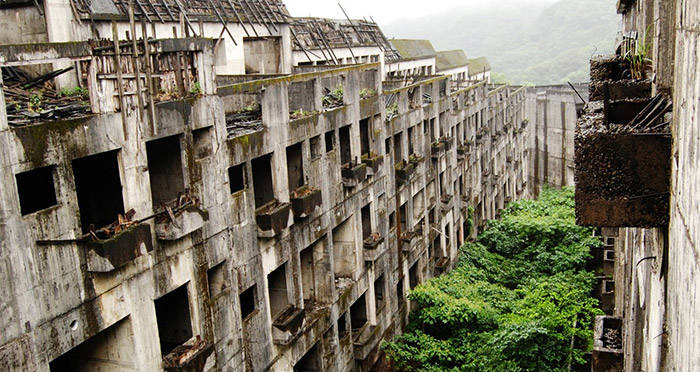 An abandoned island off of the coast of southern Japan, it is known for its undersea coal mines which operated during the industrialization of Japan. It is also so haunted, you can only visit the island under strict supervision and cannot wander off the designated path. There are no unauthorized visitors allowed to the island due to the nasty weather it endures most of the year, but the local government also does not want curious tourists sneaking onto the island unsupervised. Visits are only allowed during the day as well, with many people claiming a very unsettled feeling while on the island. 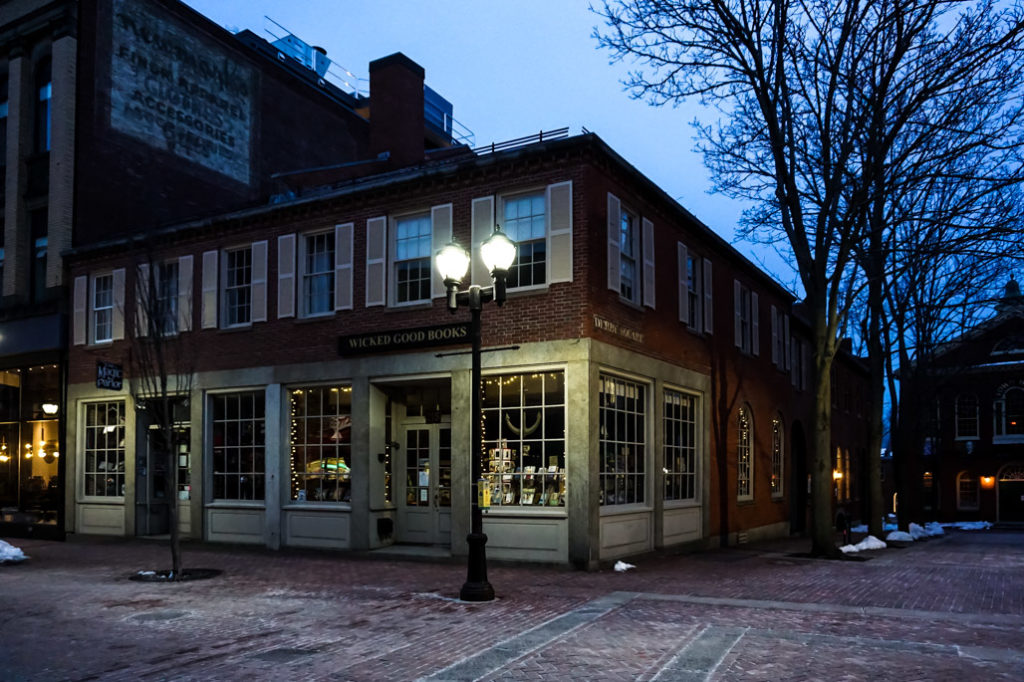 Home of the infamous Witch Trials where over 20 women were hanged for witchcraft and casting spells on the town’s children, it’s believed the entire town is haunted. People have spotted angry ghosts wandering around the city’s oldest graveyard, Howard Street Cemetery, and the House of Seven Gables is known for being a place where plenty of paranormal activity occurs.