Three Inmates Once Escaped Alcatraz, You Won’t Believe Their Story 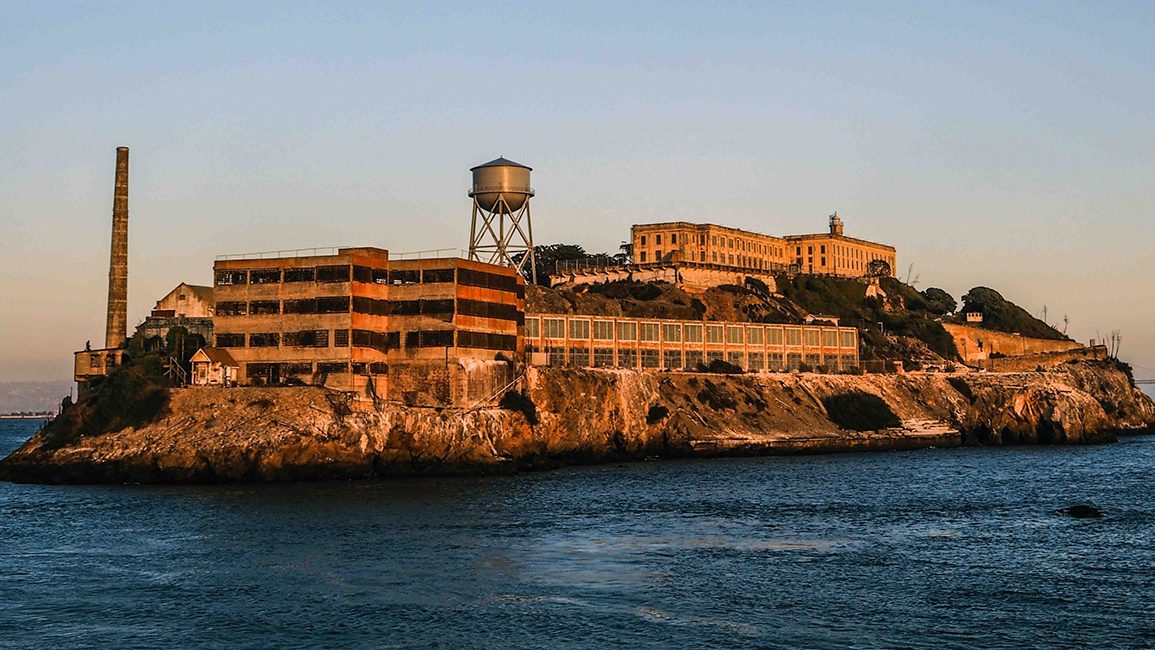 Alcatraz was known for being an impenetrable prison, a fortress in the San Francisco Bay that was not only difficult to get to but hard to escape. Despite the odds, 36 prisoners tried to flee the prison during its heyday, only to drown in the ocean’s depths or be shot by guards. However, in June 1962, three men decided to take their chances and jumped into the ocean, hoping to make it to freedom.

Since that day, it was believed that the three prisoners perished in the sea, but the discovery of a letter 51 years later has challenged that theory, resulting in the FBI reexamining the case. You won’t believe this incredible story. 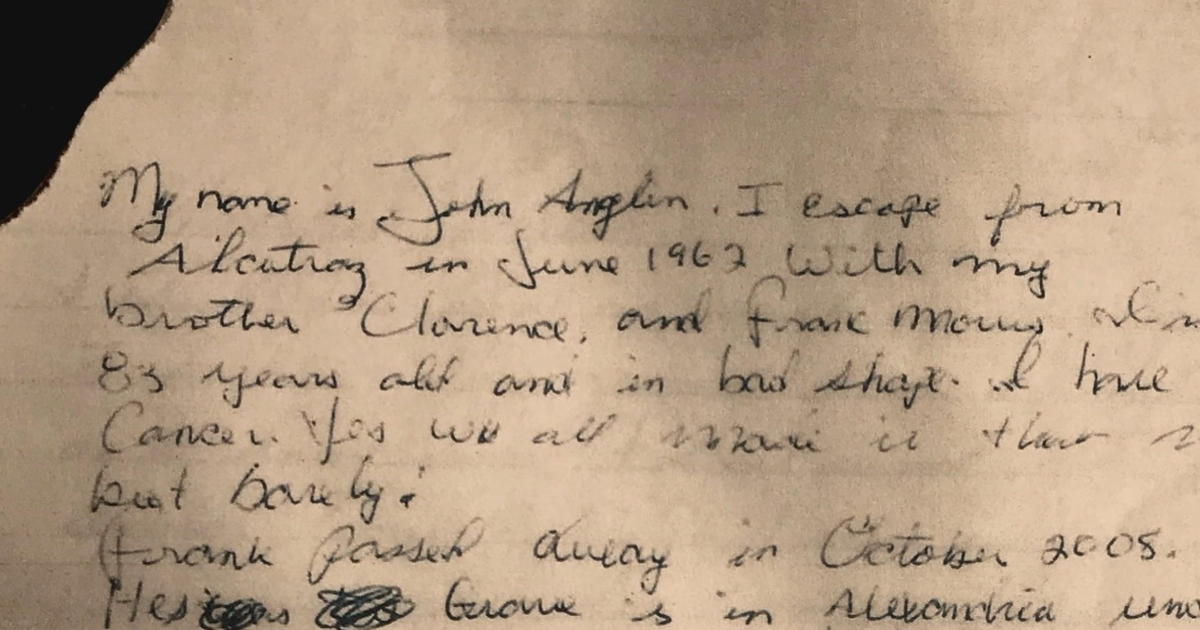 No one could have expected when they sifted through the morning mail on January 2013 at the San Francisco Police Department that they would find a letter that would change the course of a long cold case. The letter in question began with this statement: “My name is John Anglin. I escaped from Alcatraz in June 1962 with my brother Clarence and Frank Morris.”

To say the officers were shocked would be an understatement. 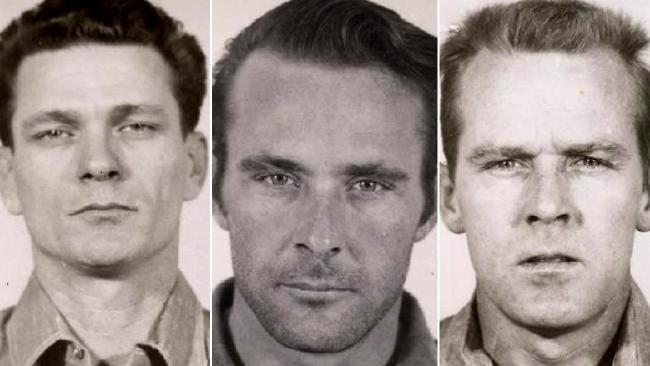 For years, it was believed that the three prisoners had died in the cold waters of the bay when they escaped. There was no evidence of them making it shore and no one had seen them since. However, this letter seemed to blow a wide hole in the police’s initial conclusions, opening the door for a case reexamination. 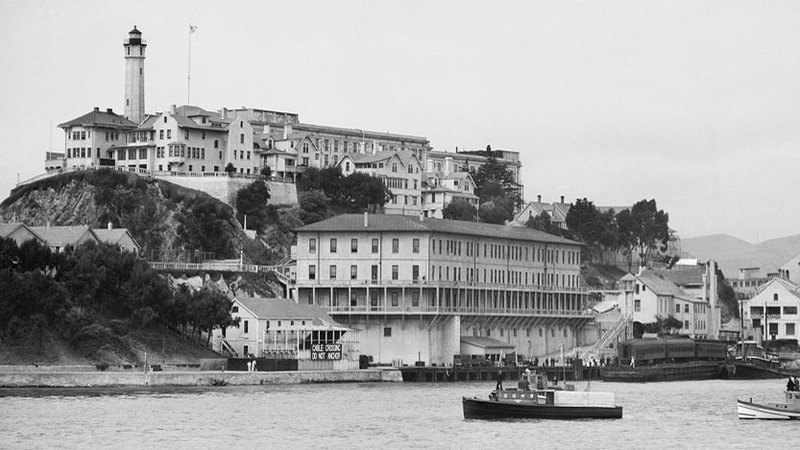 The United States Department of Justice acquired Alcatraz Island in 1933, turning it into a federal prison in August 1934. According to documentation, most of the prisoners incarcerated were notorious bank robbers and murderers. The prison remained operational for 29 years, but due to water erosion and the high cost per prisoner, it was closed on March 21, 1963. 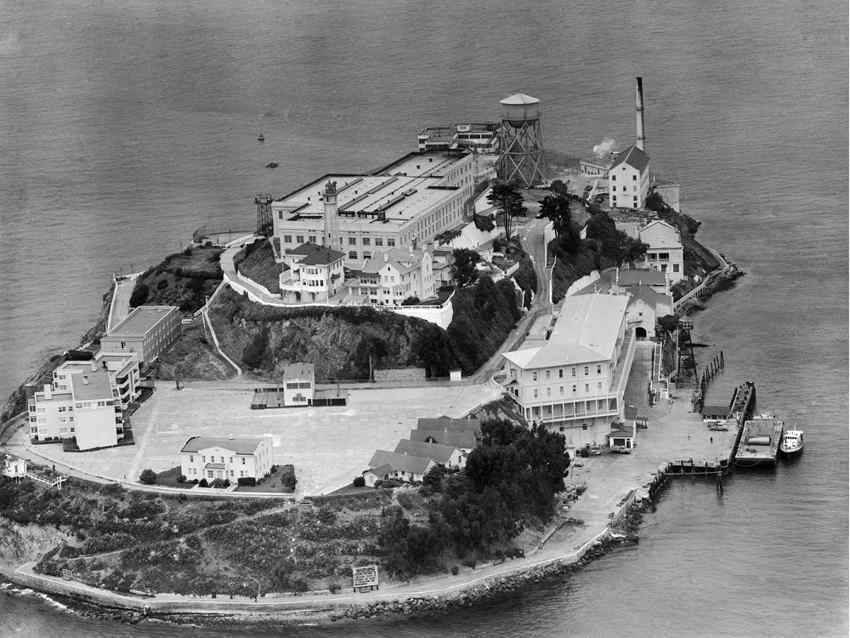 When Alcatraz was operational, 23 inmates attempted to escape the prison only to be recaptured. Sadly, some were shot by the guards, while others froze to death in the cold waters of the ocean and drowned. To say Alcatraz was pretty much a fortress would be an accurate description.

The Path to Freedom 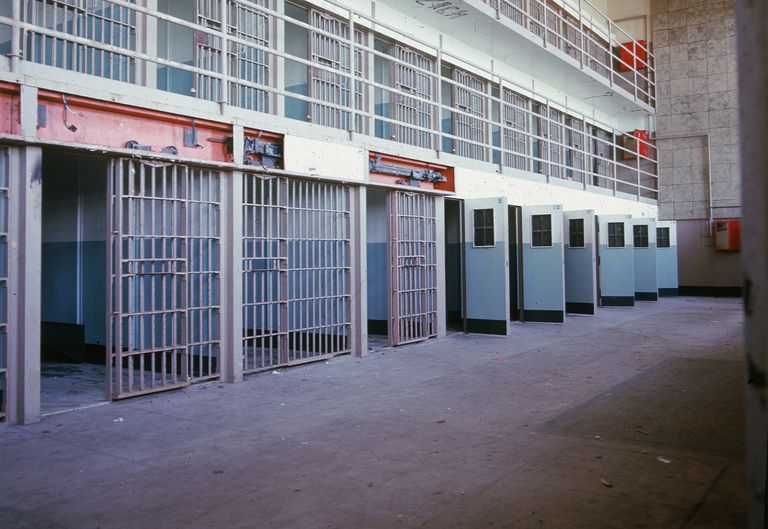 Anglin’s escape was concocted by John Anglin himself, his brother Clarence, as well as Frank Lee Morris and Allen West. All four men had cells next to one another, which allowed them to meticulously plot out every detail of their escape. They knew if they were to succeed, every scenario had to be accounted for. 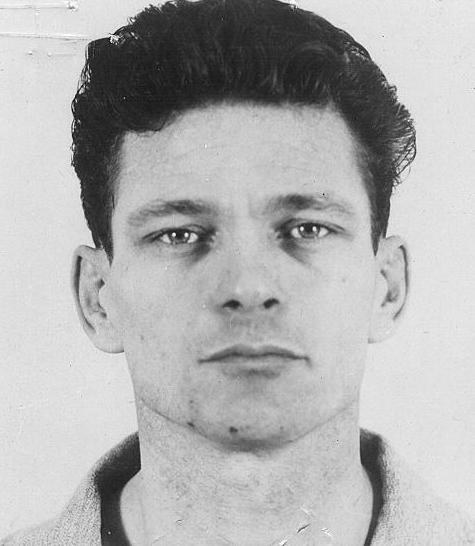 During the FBI’s investigation, it was discovered that John and Clarence were previous acquaintances with Morris and had served prison time with him in Atlanta. With their life of crime taking its toll and the reality of being stuck in another prison until the end of time, the men were completely willing to take the risk of escaping.

What did they honestly have to lose? 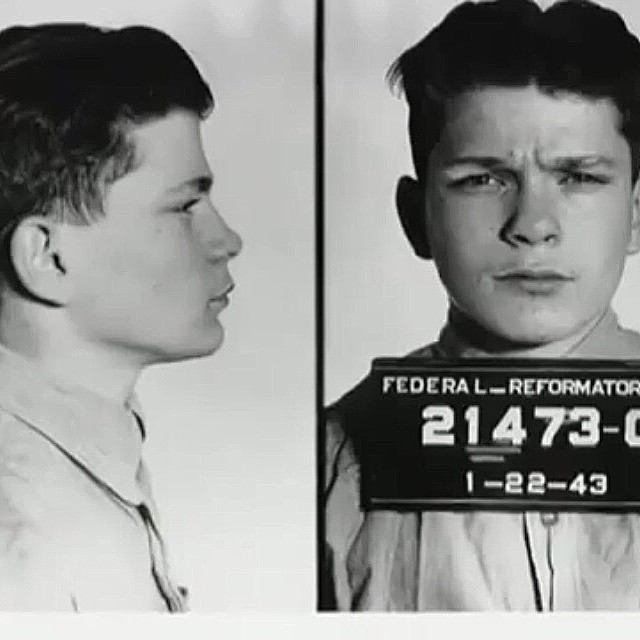 For Frank Morris, a life of crime originated at a young age. At only 11, he found himself an orphan, moving between foster homes. At 13-years-old, he honed his skills and became a well-accomplished criminal. As a teenager and young man, Frank succeeded at pulling off quite a few armed robberies before being caught by the police. He served time in both Georgia and Florida, before ultimately winding up in a Louisiana prison.

Frank would eventually escape and wind up in Alcatraz. 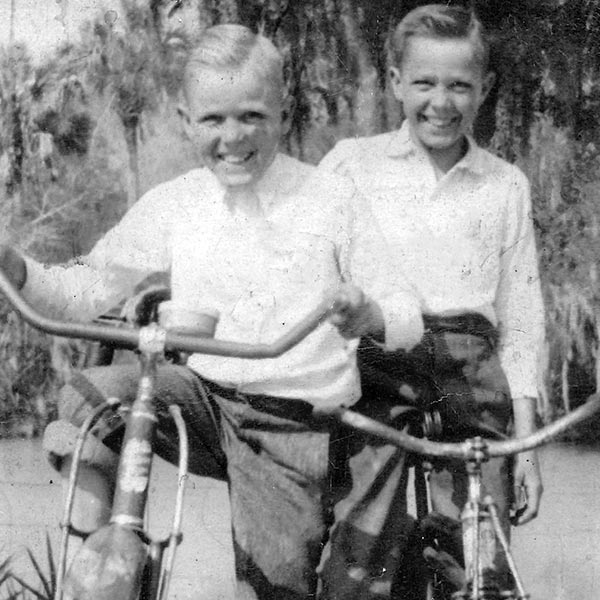 To say that John and Clarence were close would be an understatement. They grew up in Georgia and were two of thirteen children. They spent most of their time helping around the family farm and traveling north for cherry picking season. It was during their times in northern Michigan that the boys learned to swim in the frigid waters of the lakes, something that would prove beneficial to their eventual escape. 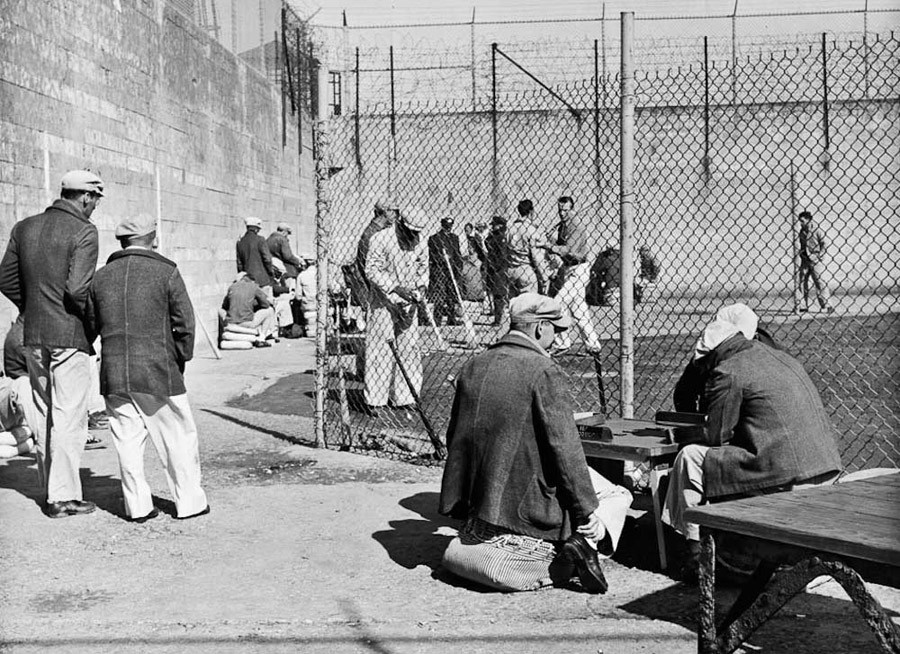 The Anglin brothers would eventually leave behind their family to pursue a life of crime. They became quite the successful bank robbers but ultimately were caught and incarcerated in Atlanta. However, the brothers were not content with a fate behind bars, so they tried to escape the prison several times. These attempts would ultimately land them at Alcatraz where they reconnected with Morris. 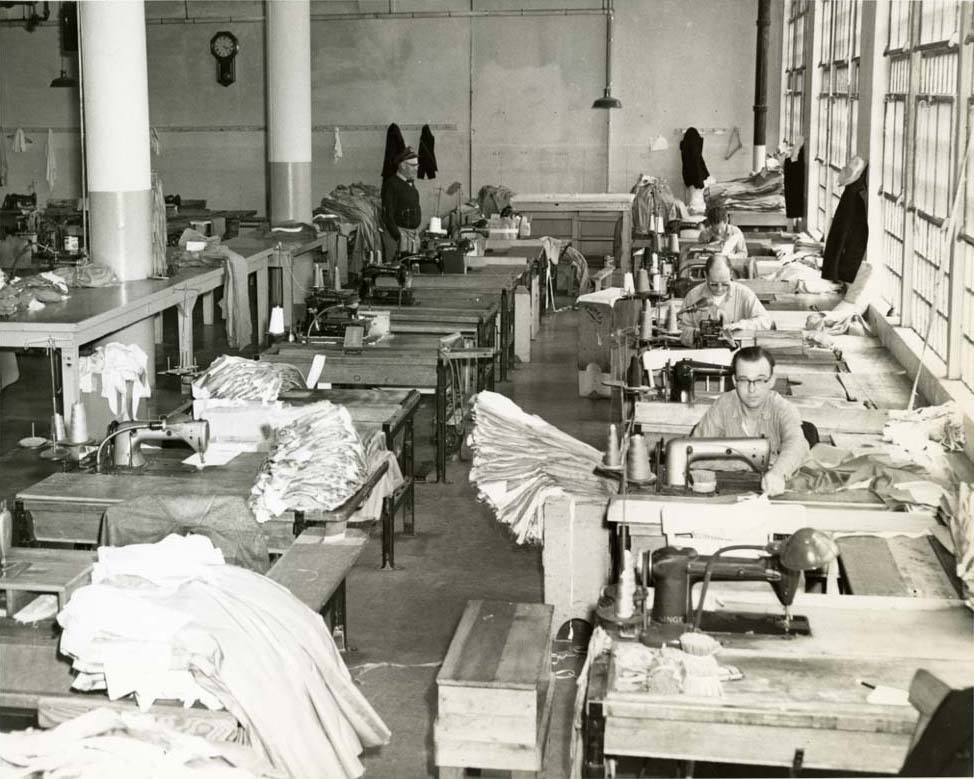 Throughout the FBI’s investigation, they questioned how the brothers would have managed to get off of the island while all of the other prisoners had failed. Two key factors came into play. First, since the brothers along with Morris were non-violent offenders, they weren’t on the guards’ radar as often. Second, Alcatraz also functioned as a factory where the inmates crafted furniture. This allowed the men to procure items they would need for a successful escape. 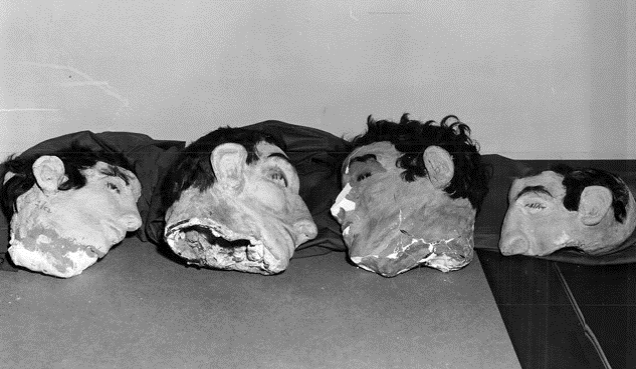 One of the main reasons that the men snuck supplies away from the factory was so they could create life-size dummies to place in their beds. With most prison escapes being met with a hail of gunfire, they needed the guards to think they were still in their cells when they executed their elaborate plan. 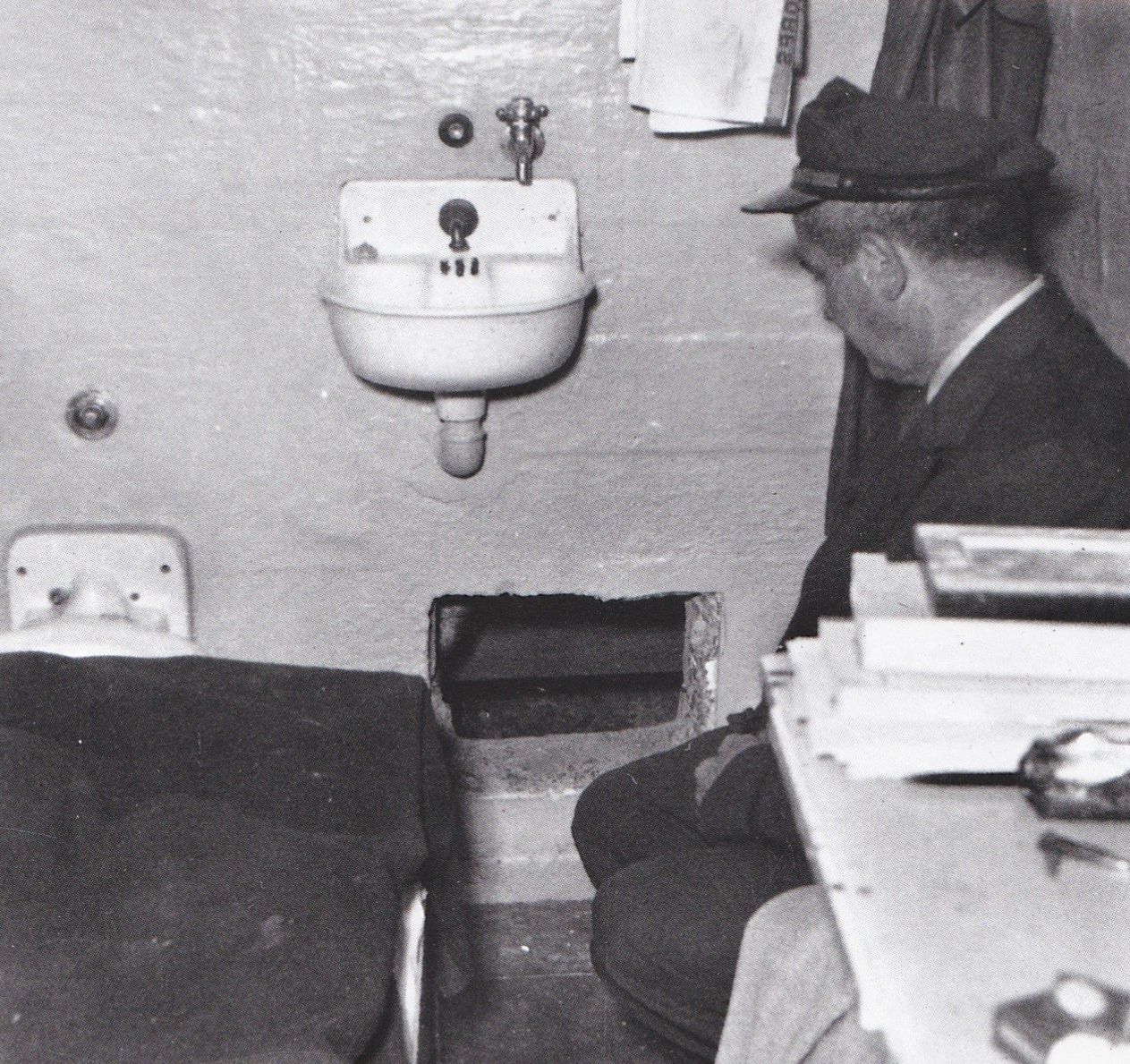 With the dummies being created by John and Clarence, both Frank and Allen were charged with chipping away at the walls in the cells. During the evening, the inmates were unsupervised between the hours of 5:30 and 9 PM, giving them time to create crawl spaces to escape through. 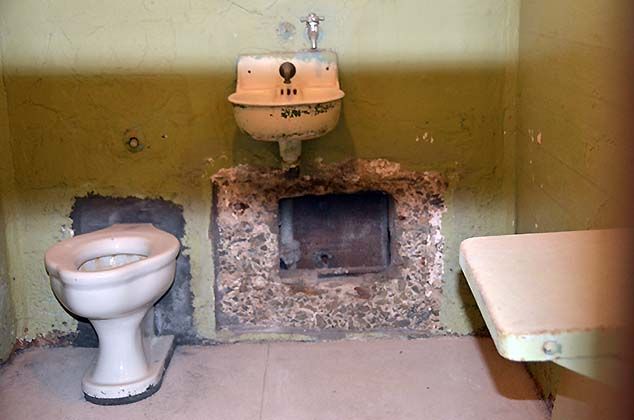 While chiseling through a wall may seem like no easy task, the prison was already beginning to deteriorate due to water damage from the ocean. The saltwater exposure left the walls fragile and thanks to lack of repairs, it created the perfect storm for the four men to pull off the greatest prison escape in history. 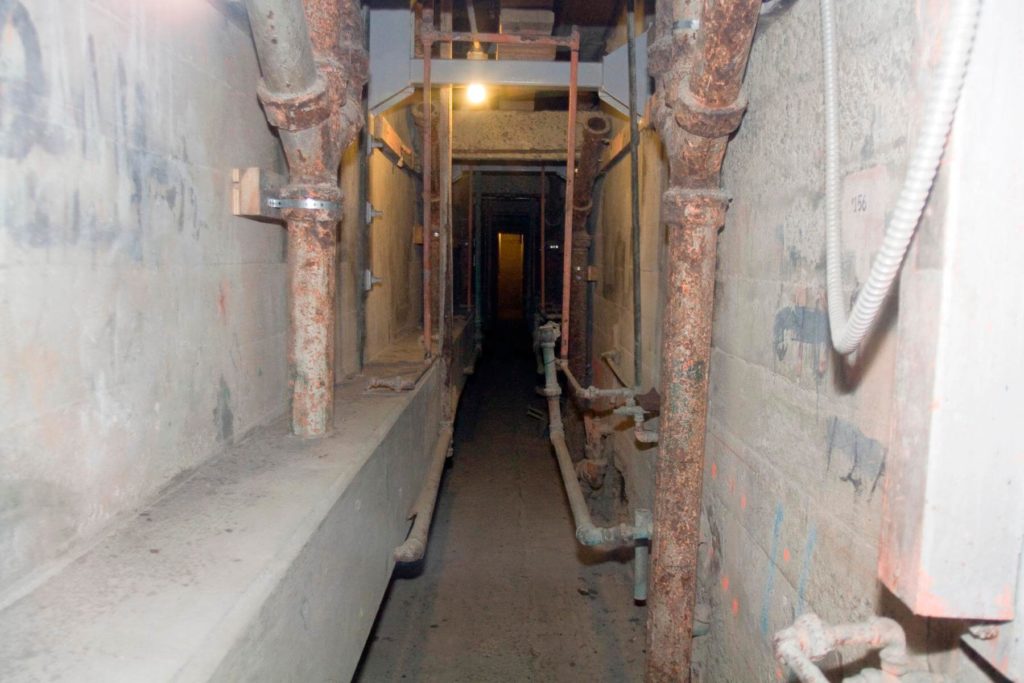 The men quickly discovered that the utility access tunnels between the walls of the cells were essentially left unguarded. If they could escape through the holes in their cell’s, they could climb up three floors to the roof. After some trial and error, they discovered all of the access points to the roof were locked, but thanks to a handy wrench they’d stolen they were able to get it open. 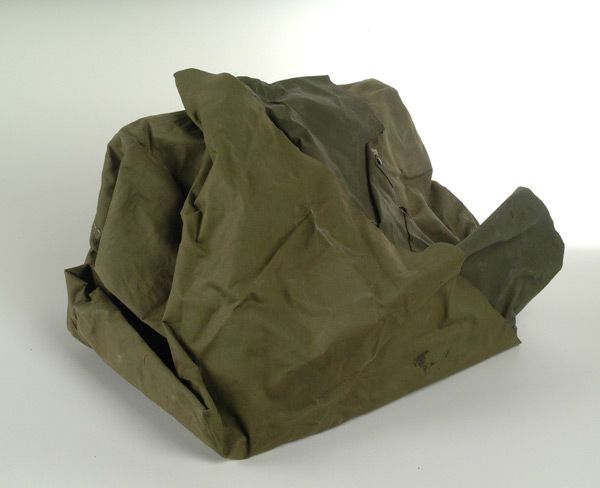 The men planned for months, crafting their dummies and chiseling away at their escape points. They also managed to stitch together a raft and life preservers made from factory raincoats. The men knew the only chance they had to successfully make it shore was to keep out of the frigid waters of the bay.

The Day of the Escape 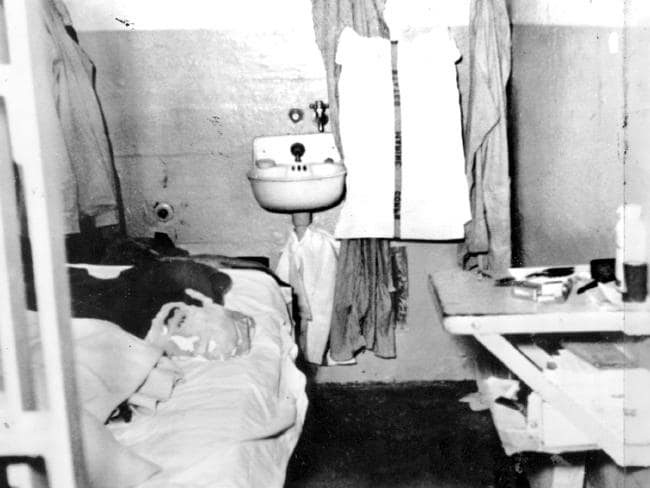 When the day finally arrived for the men to escape, things started out successfully. After lights out, John and Clarence along with Frank managed to easily get through the holes in their cells, but sadly Allen had misjudged his handiwork and made his escape route too small. The men realized they would have to leave him behind. 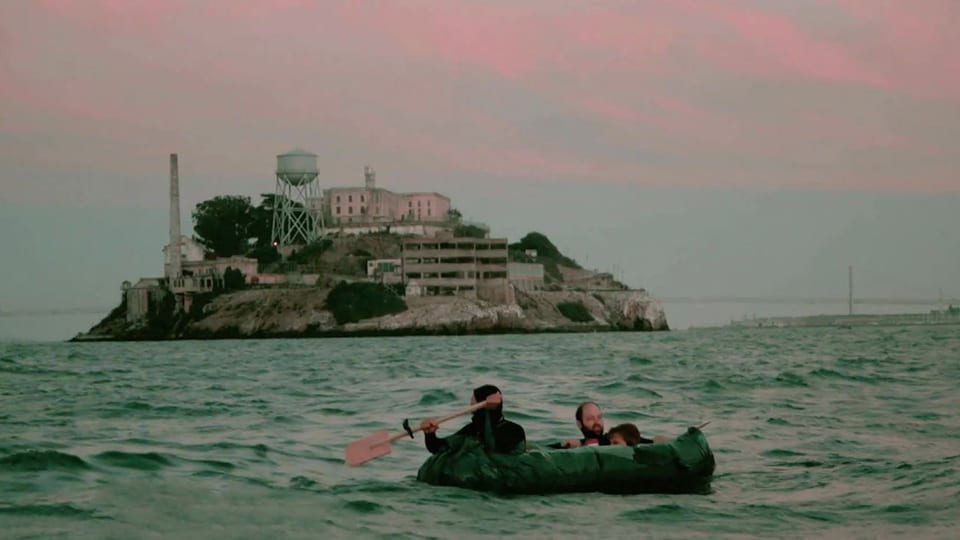 The men managed to quickly gain access to the roof and then shimmied down 50 feet of pipe to the ground below. After slipping by the guards by sticking to the shadows, they finally made it to the shore where they quickly inflated their makeshift raft.

It was determined that the men successfully set sail around 11:30 PM that night and were never seen or heard from again.

The Fate of Allen West 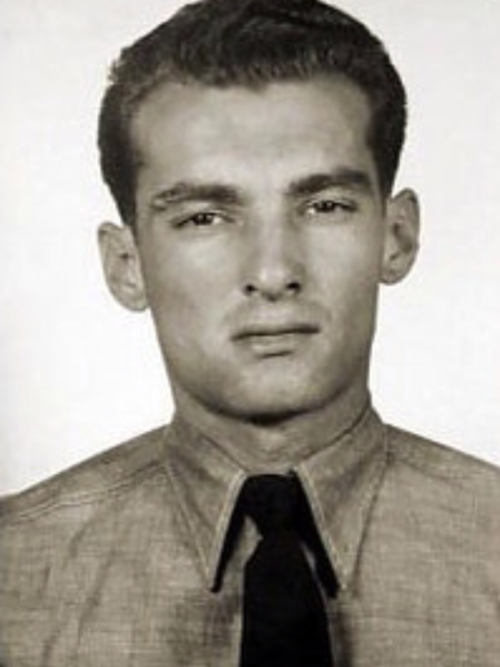 After being left behind, Allen had continued to work on his escape route, finally managing to get through the hole in the wall and up to the roof of the prison. Unfortunately, his three friends were long gone by this point so he returned to his cell. The next morning, the alarms were sound and West was questioned by the authorities. He cooperated with them fully, but many doubted his story. 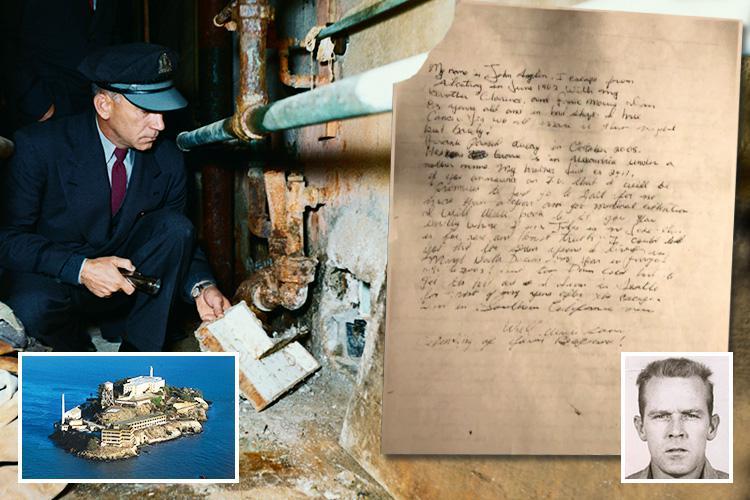 The FBI was brought in to investigate Allen West’s claims, but some of the information didn’t seem to add up. There were no robberies in the area in the weeks after the investigation, and some of their belongings were found floating in the bay in the days after the escape. If they had managed to make it to shore, they surely would have had to steal to come up with money and supplies.

The case closed after 17 years of fruitless efforts.

New Evidence Throughout the Years 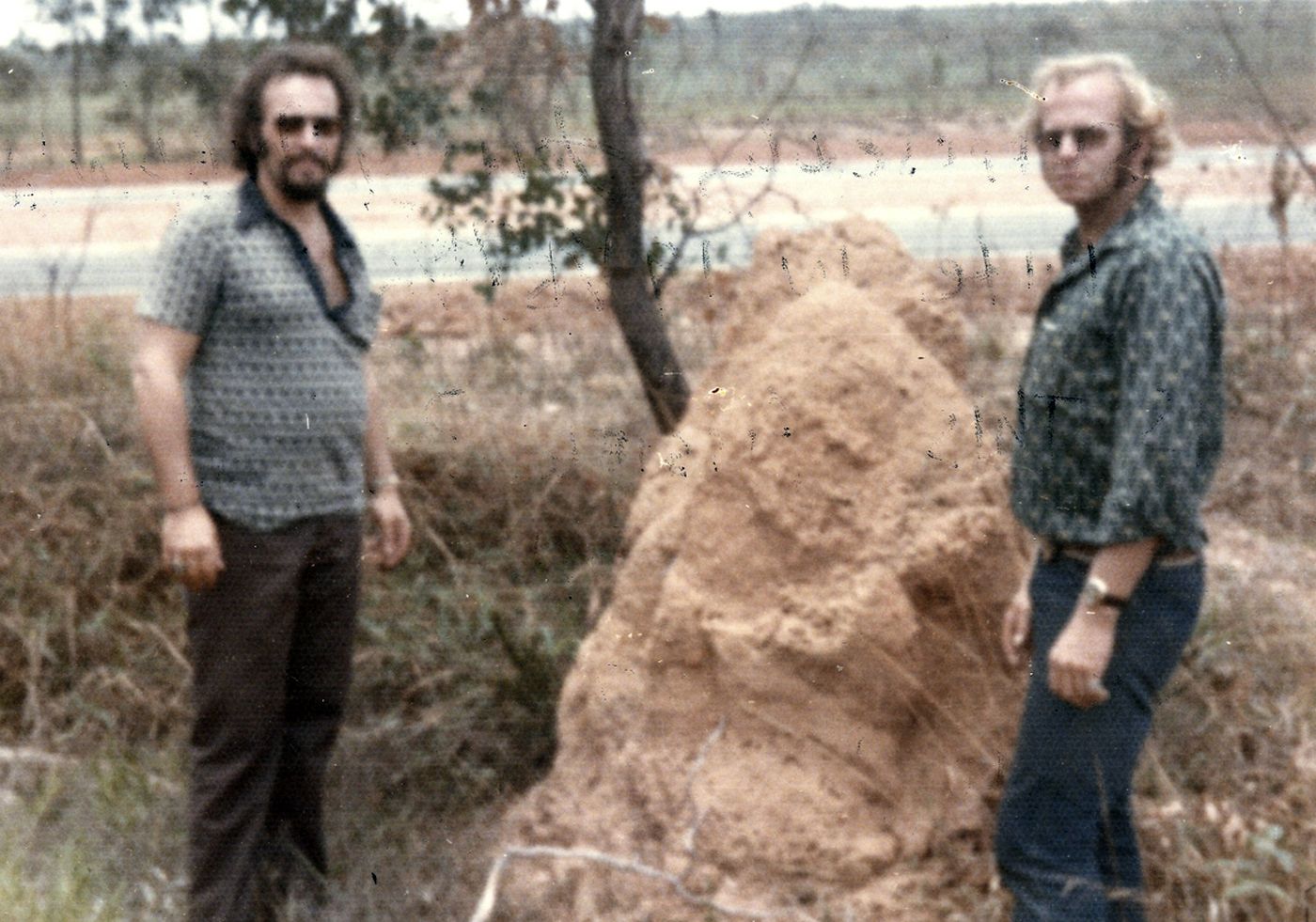 In the years that followed, pieces of evidence continued to crop up every so often. The Anglin brothers’ family revealed they had received yearly Christmas cards from the brothers and even revealed a photo of the two men in Brazil in 1975. One of the brothers’ siblings, Robert even confessed on his deathbed that he had been in contact with the two brothers between the years of 1963-1987. 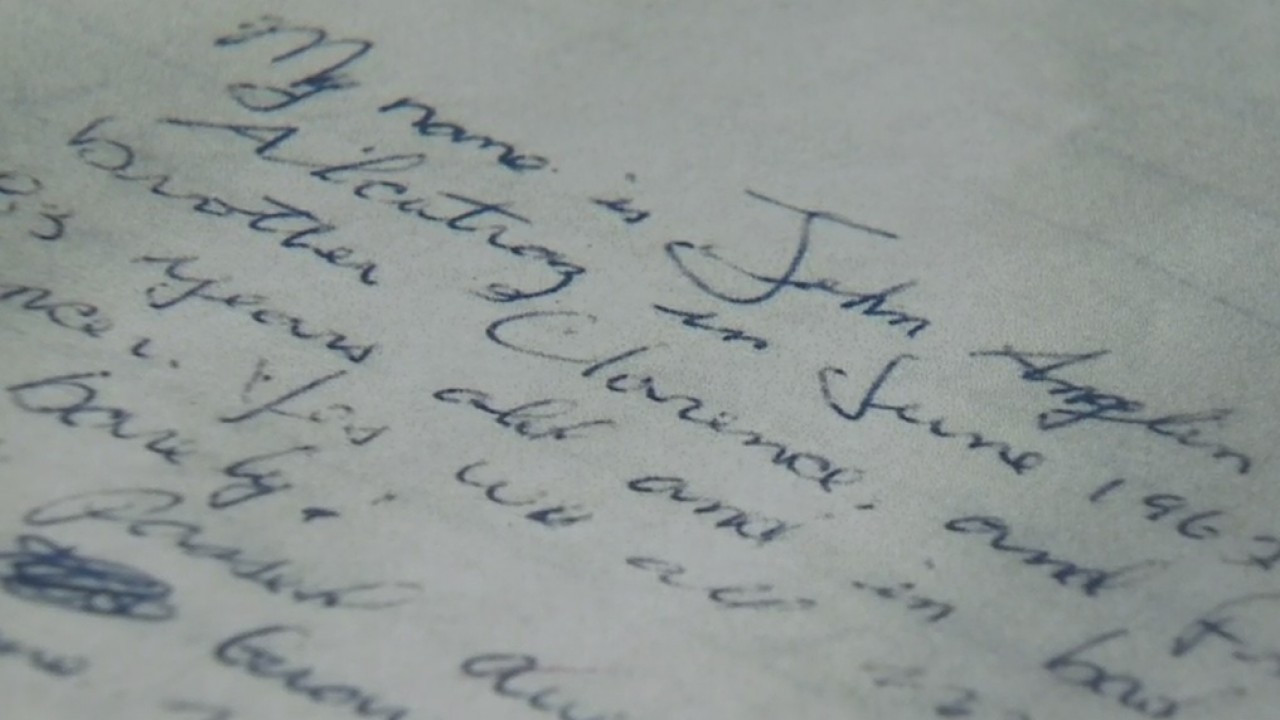 In the letter that was sent to the FBI, John Anglin revealed that they had barely escaped the ocean that night and he had spent most of his days living under the radar in North Dakota and Seattle, Washington. He also revealed that his brother Clarence had died in 2011 and Frank in 2008. One of the key parts of the letter was John asking for negotiation. Due to his poor health, he hoped to only be imprisoned for a year and receive medical treatment in exchange for his location. 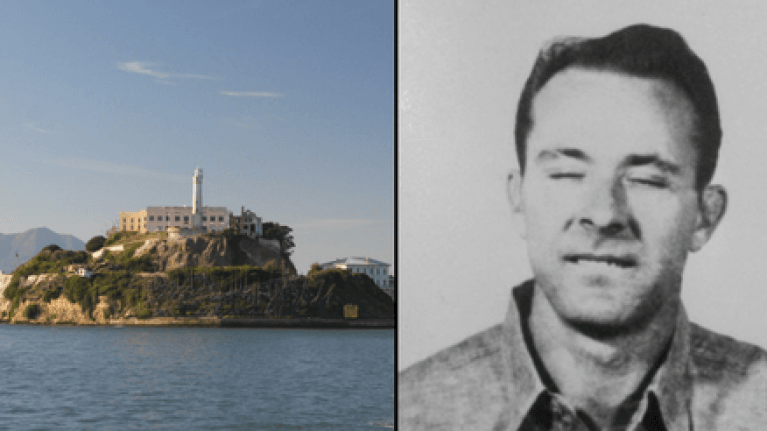 Unfortunately, the validity of the letter was never determined. Despite forensic analysis and another thorough investigation, no DNA evidence has been able to verify the letter was written by John Anglin. Even one of the last surviving guards who worked at Alcatraz believes the men all drowned back in 1963.

So, what truly happened to the three men? We, unfortunately, may never know.