These Firefighters Rescued Puppies from a Storm Drain, Then Learned the Shocking Truth 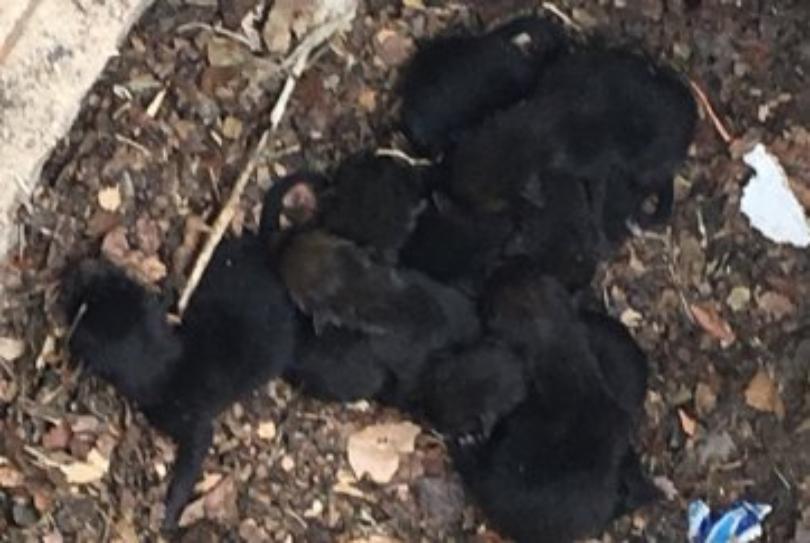 When it comes to working as a firefighter, rescuing those in need is just a part of the job. Whether it’s saving a child from a burning building or a cat stuck up in a tree, firefighters tend to the needs of the community, going above and beyond the call of duty. For the Colorado Springs Fire Department, hearing a report that eight puppies had fallen down a storm drain was not something to be ignored.

However, after rescuing the defenseless “puppies” they discovered they were not puppies at all. What do you think they could be? 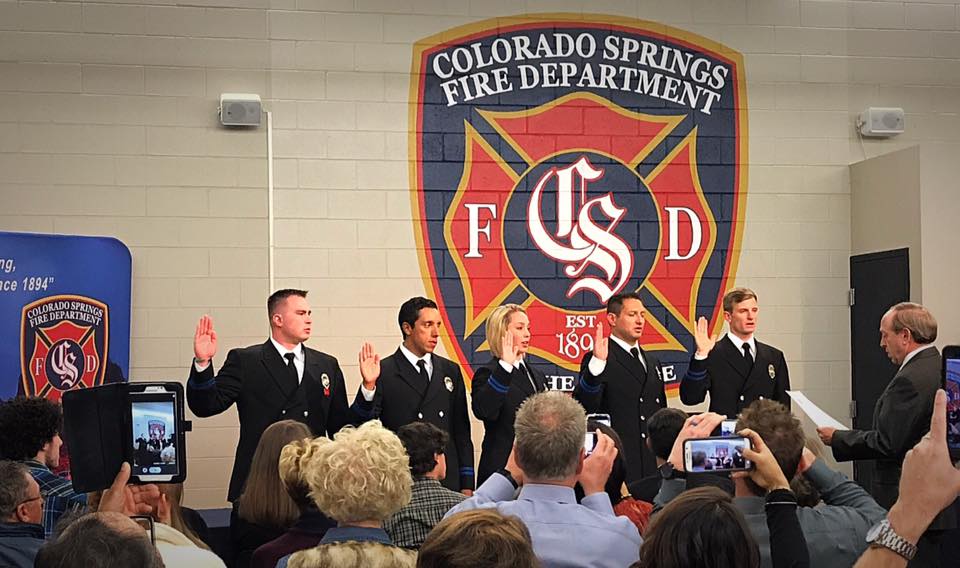 Known for their heroism and commitment to the local community, the Colorado Springs Fire Department is always ready to jump into action at a moment’s notice. Whether they are fighting fires or installing smoke alarms, the hard-working men and women of the department continuously go above and beyond their call of duty. 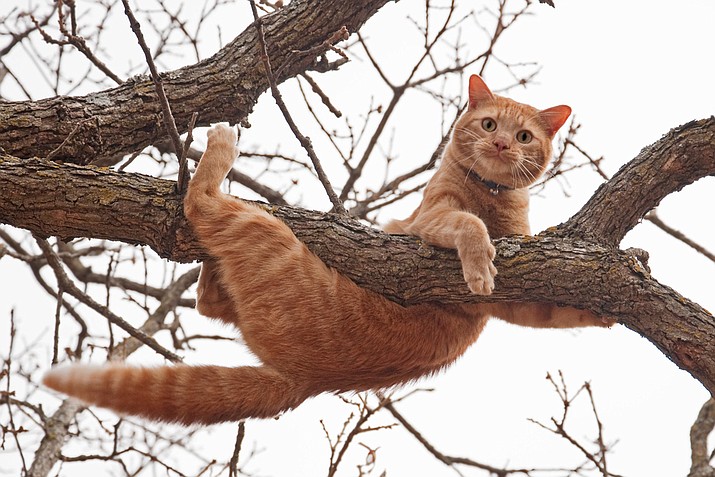 However, when the firefighters aren’t tending to fires, they are also rescuing animals. One only has to take a look at the department’s Facebook timeline to see that caring for the local furry critters is also a top priority. Lost dogs? Abandoned cats? These firefighters are always on top of it! 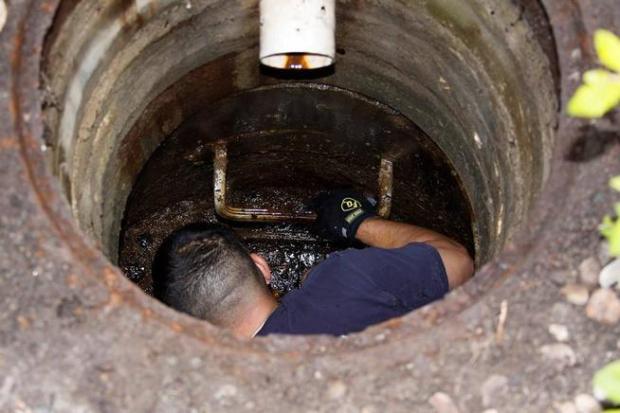 In fact, the fire department had a long history of saving animals. Back in 2016, they saved a turtle, two cats, a dog and seven goldfish from an apartment fire. Talk about dedication. They also made a daring rescue to save a dog that had become trapped in a flooded manhole.

The Litter of Puppies 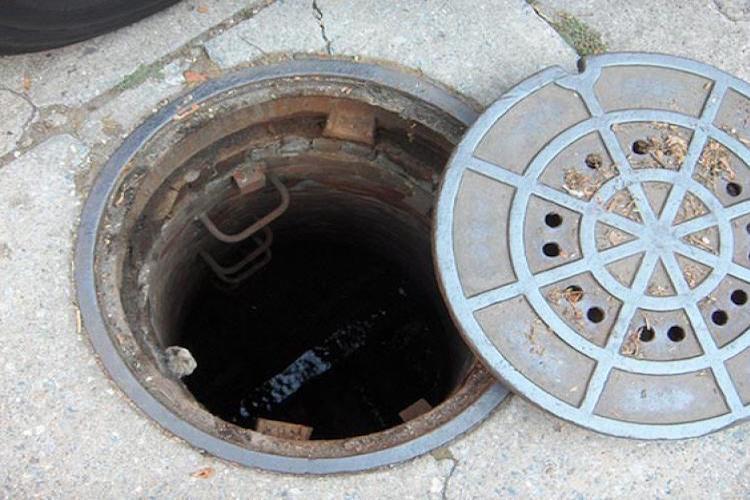 When a call came into the station that a litter of puppies had fallen into a storm drain, the firefighters didn’t hesitate to spring into action. According to the caller, the mother was nowhere to be found and the puppies were way too small to get out of the drain themselves. Without help, they would definitely not survive long. Therefore, time was of the essence. 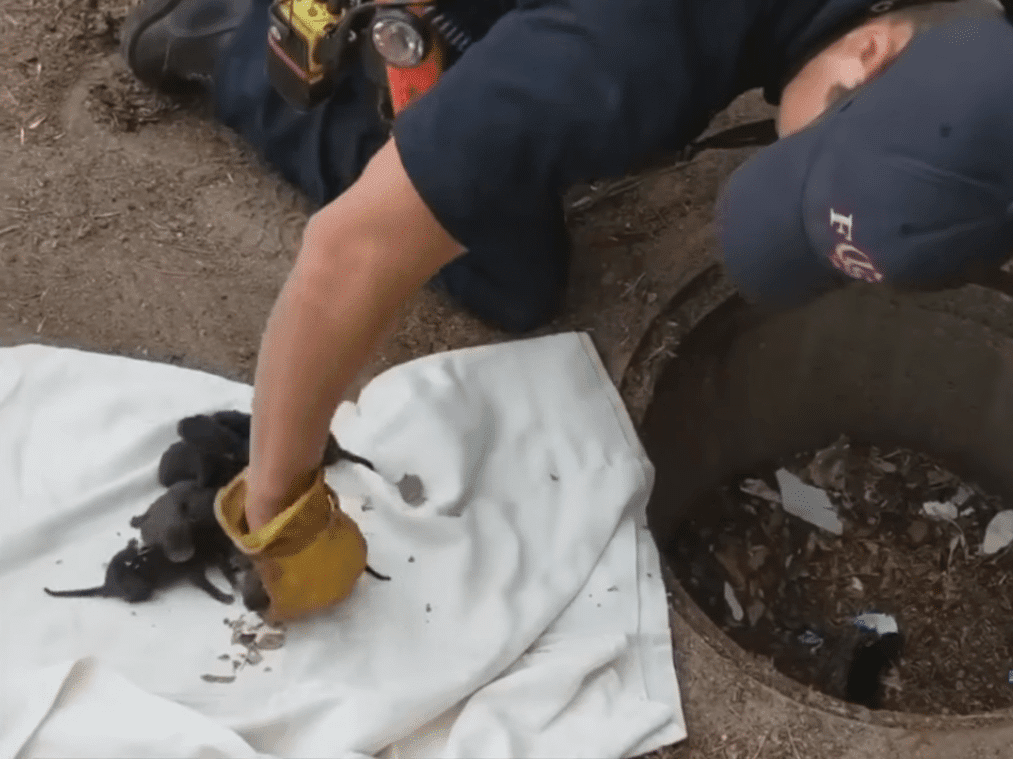 The firefighters arrived on the scene and found the poor little ones crying beneath the grate. Working as quickly as possible, the firefighters began to lift the puppies out one by one. Even better, the entire rescue was captured on video. 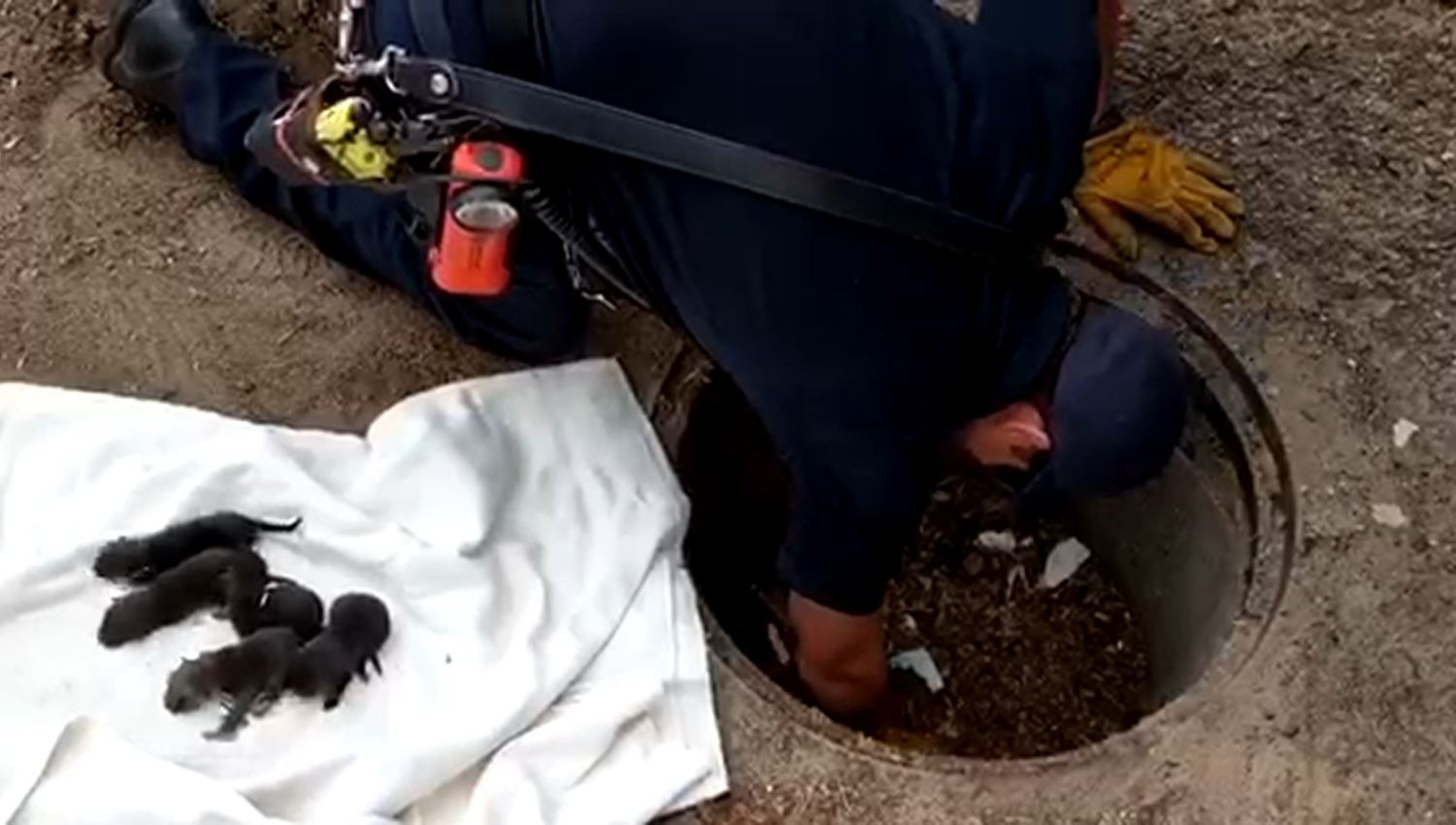 As the puppies continued to come out of the grate, the firefighters were shocked there were so many. In total, there were eight little ones that had fallen into the storm drain, all saved in the nick of time. 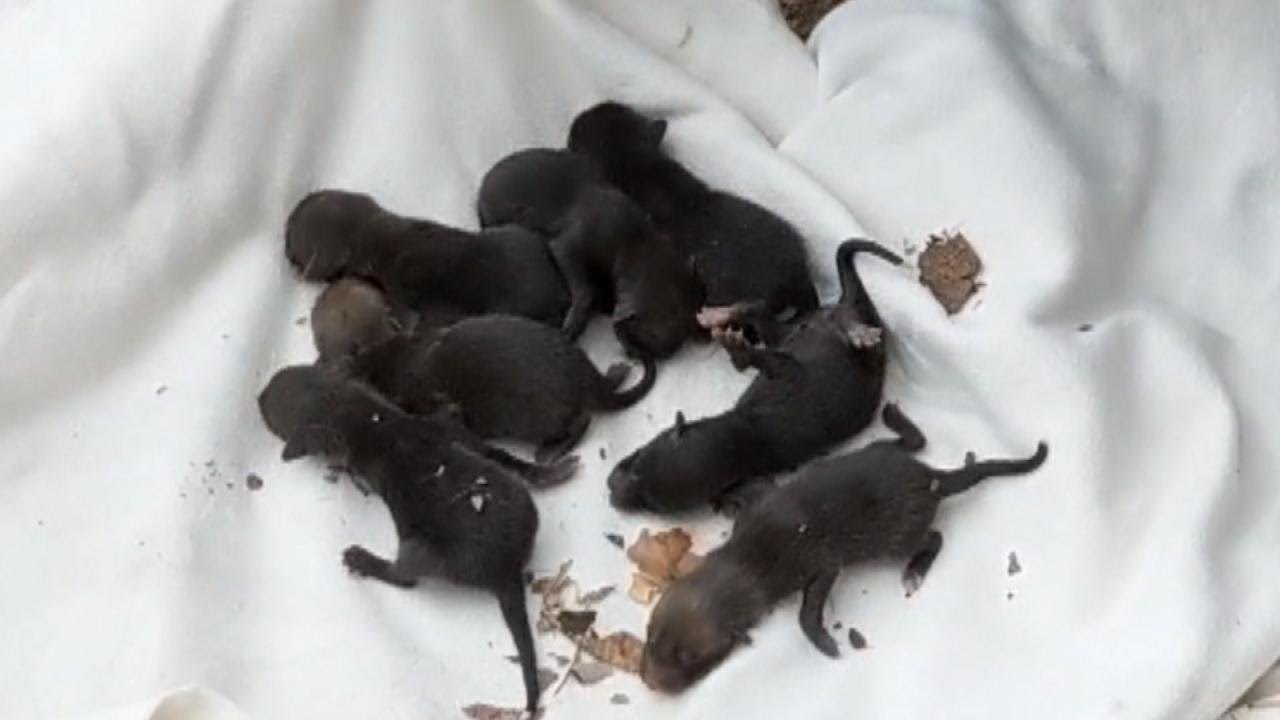 After retrieving all of the puppies, the firefighters believed that the little pups were Labradors. While it was quite possible that they had been abandoned by their mother, one firefighter suggested it could have been a dumping incident. Regardless, they were happy they had been able to save the precious pooches. 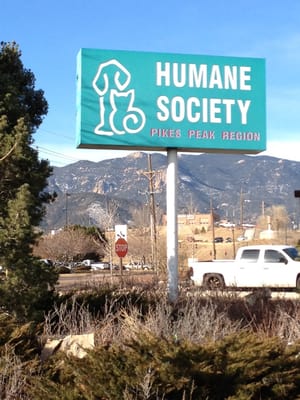 It took roughly 20 minutes to save all of the pups and they immediately took them to the Humane Society of Pikes Peak for evaluation. However, when the vets on site began to examine the tiny creatures, they made a shocking discovery.

You won’t believe this…

Not Pups After All 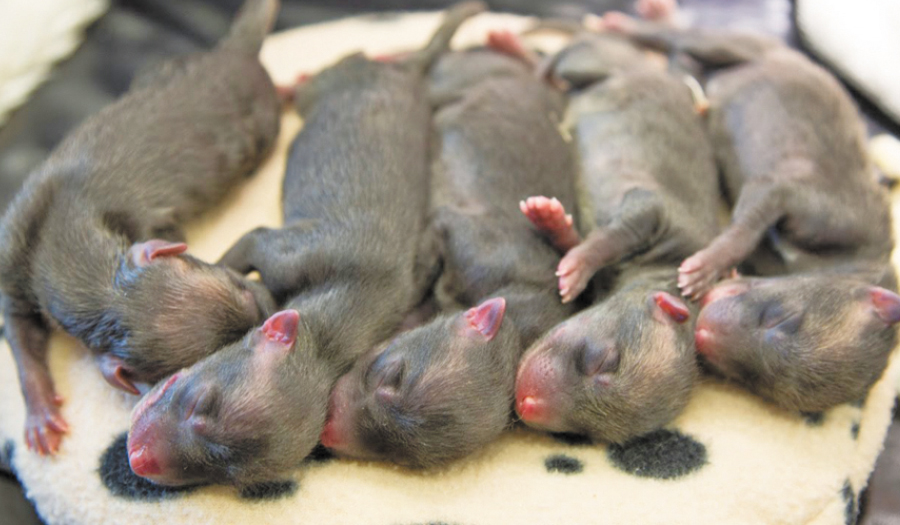 It seemed that the “puppies” were not dogs after all. In fact, they happened to be fox kits. Fire Captain, Brian Vaughan had this to say about the situation, “They took them to the shelter and actually one of the vets in that location said, ‘No, these aren’t Labradors, these are foxes.’”

They sure look similar. We wouldn’t have been able to tell the difference! 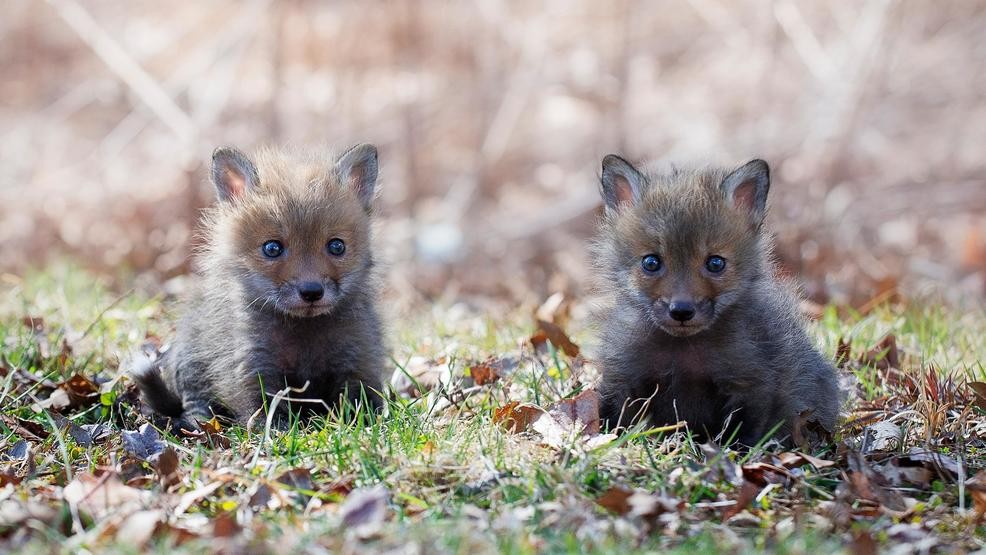 While the firefighters were shocked by the news, they were also happy the babies weren’t victims of abandonment by backyard breeders. Somehow, the little kits had become separated from their mother. Where could she have gone? 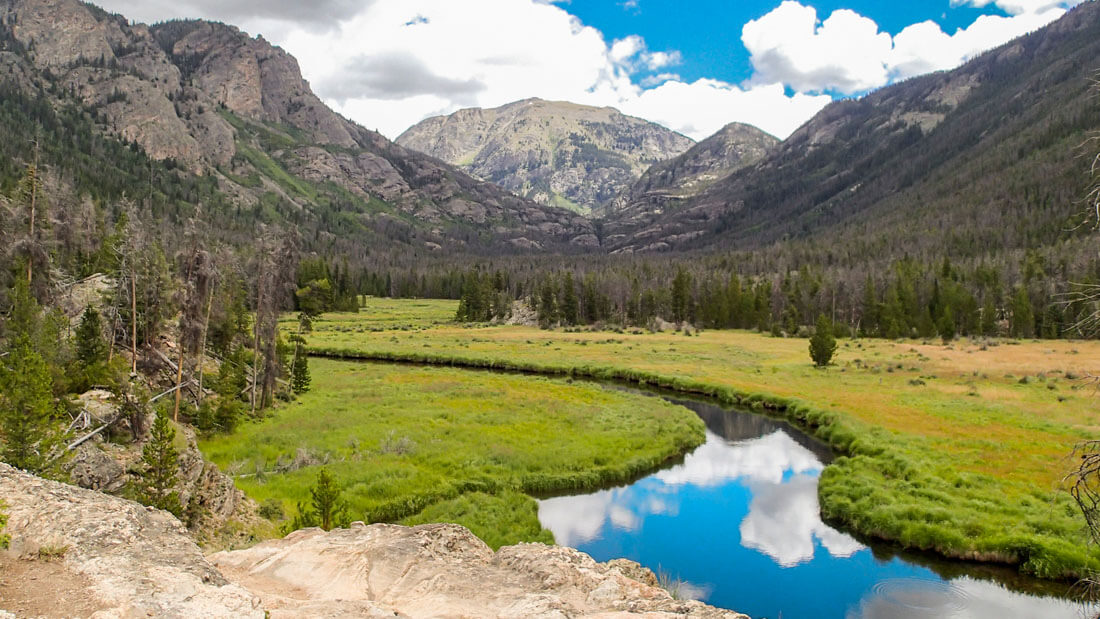 Located near the foot of the Rocky Mountains, Colorado Springs is known for its fox population. The animals are often sighted in the area; however, fox kits usually are not on the top of the rescue list for the fire department. This was definitely a rare case. 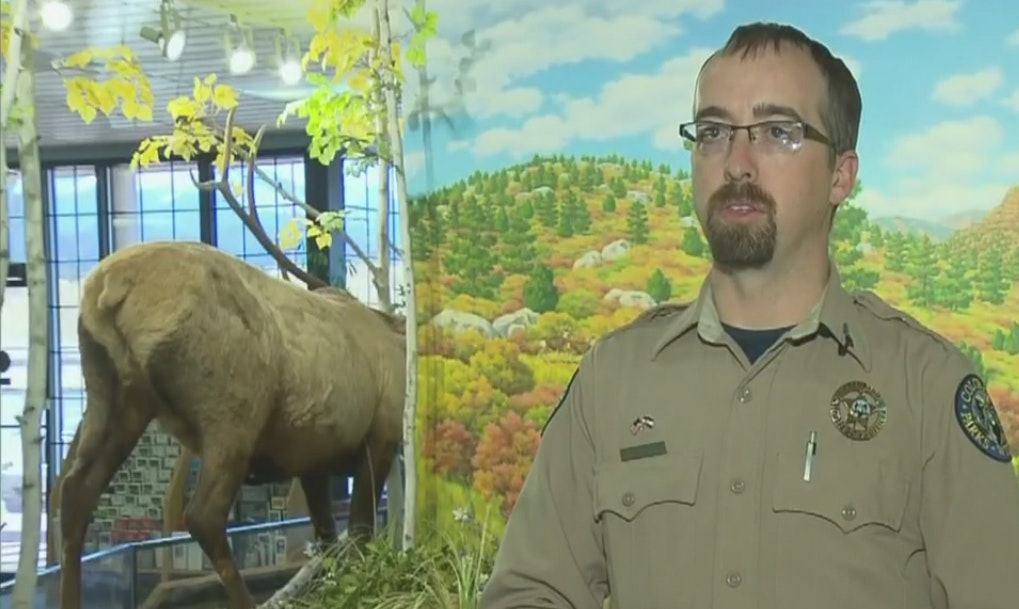 The incident drew a bit of local media attention, and Travis Sauder of the Colorado Parks and Wildlife District revealed that during that particular time of year (March) many foxes were breeding and having babies. A new mother could have easily created a den in the storm drain to have her young. 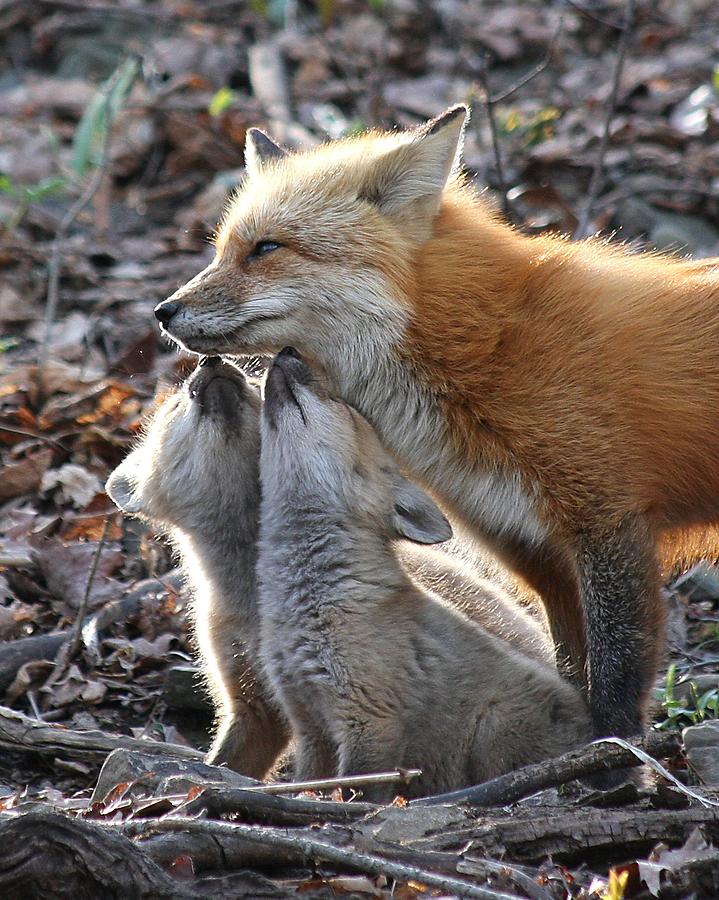 “Mother foxes have their young in small dens that are places that we can encounter when we’re recreating in the outdoors like we like to do,” Travis Sauder told the local media.

Was it possible that the firefighters had disturbed the mother fox’s den?

Returning to the Wild 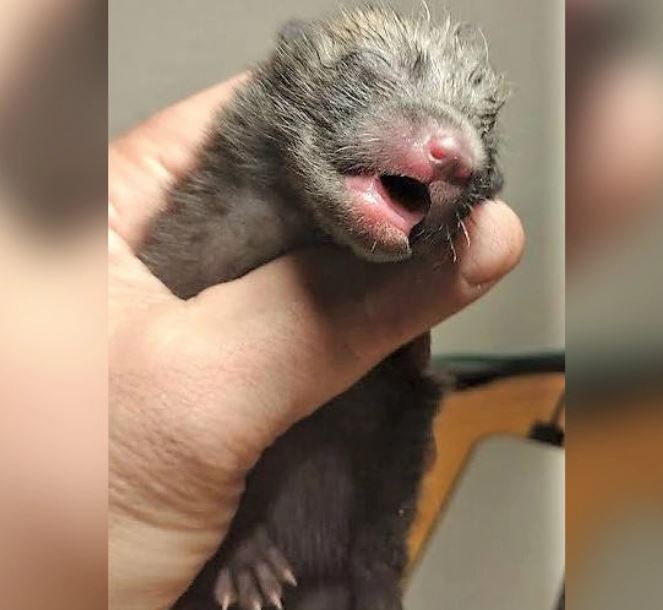 After careful deliberation, the Humane Society knew it would be in the best interest of the fox kits to return them to where they were found. They had a better chance of survival by having the opportunity to reunite with their mother. But would she return now that the den had been disturbed?

Fox Kits and Their Mothers 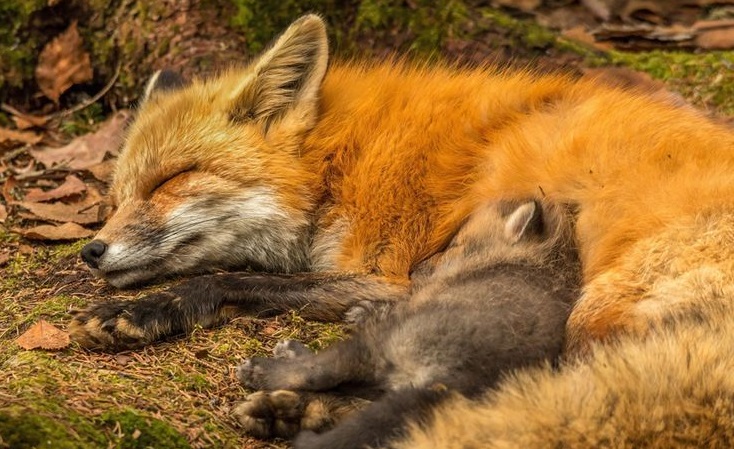 When fox kits are born, they are completely reliant on their mothers. Not only are they born blind, but they can’t see, hear or walk. The kits thrive off of their mother’s milk and once they’ve grown strong enough begin to take trips outside of the den. Most kits don’t even leave their mothers until around seven months old. 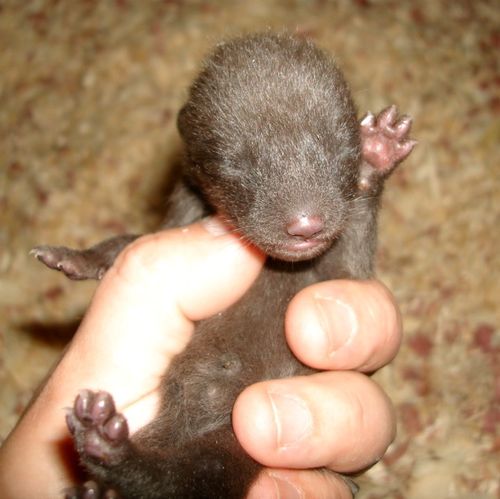 “These animals are going to be put back where we found them, hoping that the mother is still in the area and can pick up the normal duties as she would,” Sauder told the local news. “If the mom’s not around anymore, we can take them to a licensed rehab.”

Hopefully, their mother would still be around, but the odds were pretty low. 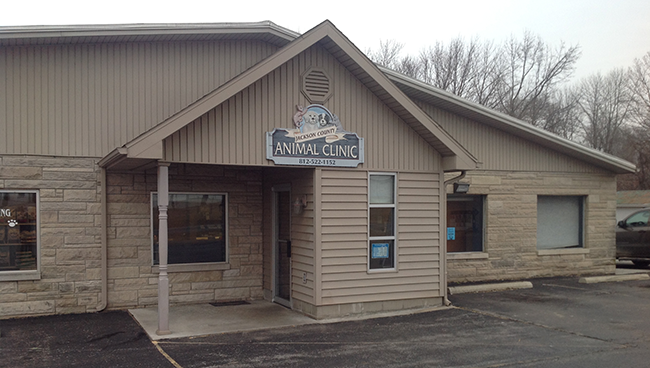 Sadly, all attempts to reunite the kits with their mother were not a success. Despite their best efforts, three of the little ones perished and five were taken to The Animal Clinic of Woodland Park. The hope was to rehabilitate the survivors so they could one day return to the wild. 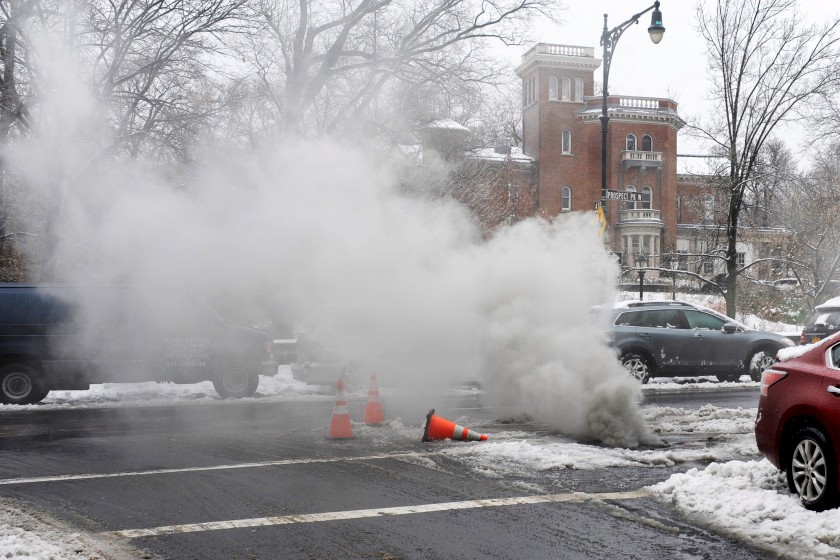 According to Terri Collins, the owner of the facility, the conditions around the storm drain played a role in why the mother fox most likely never returned to the den. Due to heavy construction and snow being a factor, the odds were stacked against them for a reunion.

Now, the clinic would do its best to keep them healthy and strong.

Hopeful for the Future 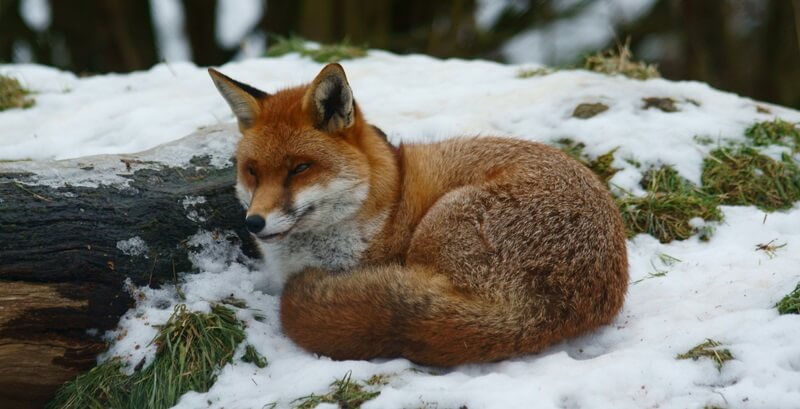 “We hope to release all of them,” Collins revealed. The plan is to keep a close watch on the kits as they grow, ensuring they are well fed and acclimate to their environment. The kits will then be reintroduced to their natural habitat when they are ready. 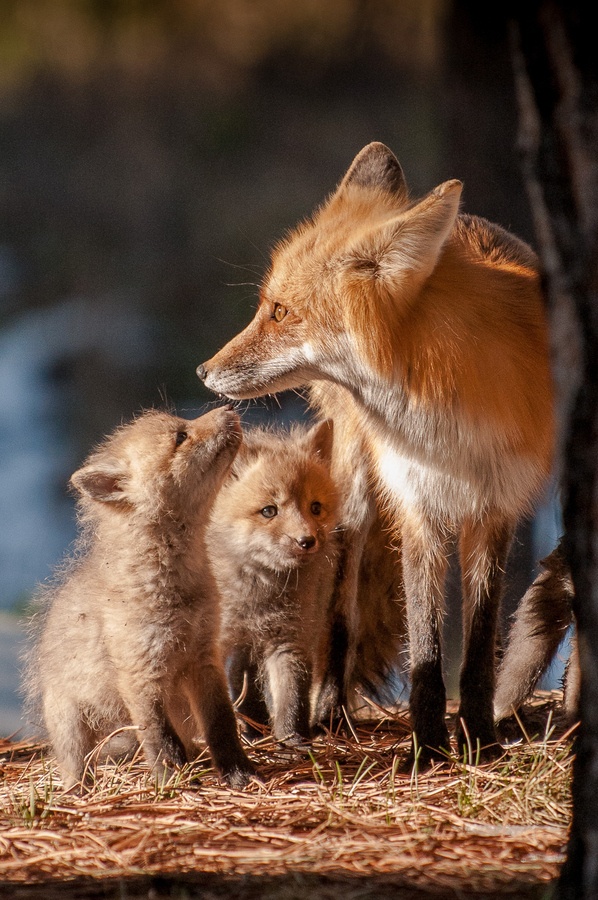 For Collins, she hopes this will be a lesson to the public not to disturb wildlife that may have wandered into town. While she commends the firefighters for doing what they thought was best, unless an animal is in extreme distress they are better left undisturbed.

Thankfully, with her team in place, Collins hopes to give the kits a fighting chance.