Hairless Pug Was Crying Alone On Street, Rescuers Made Him Look Like A Completely Different Dog Now

A hairless and abandoned pug was discovered crying all alone on the street. When he was finally brought over to a local shelter, things weren’t looking so great. However, a miracle happened and you won’t believe the transformation this pug underwent! 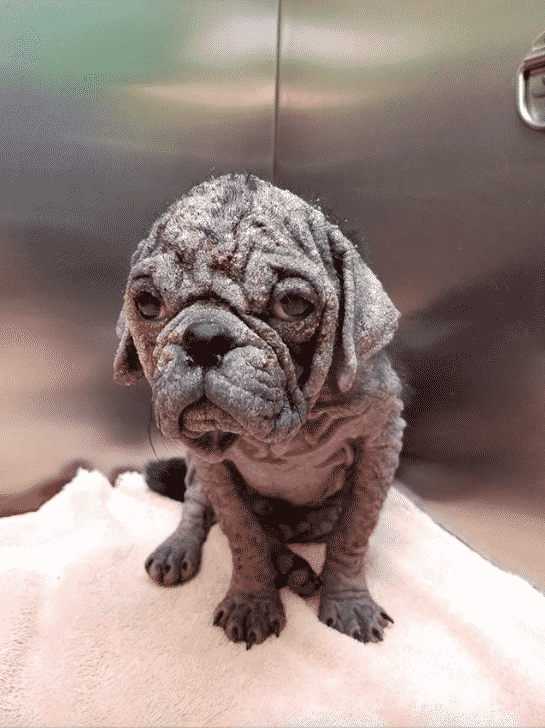 Meet Dex, a tiny pug that was discovered all alone on the streets. When Dex was first brought to the Austin Animal Center in Texas back in January, things weren’t looking so great for him. 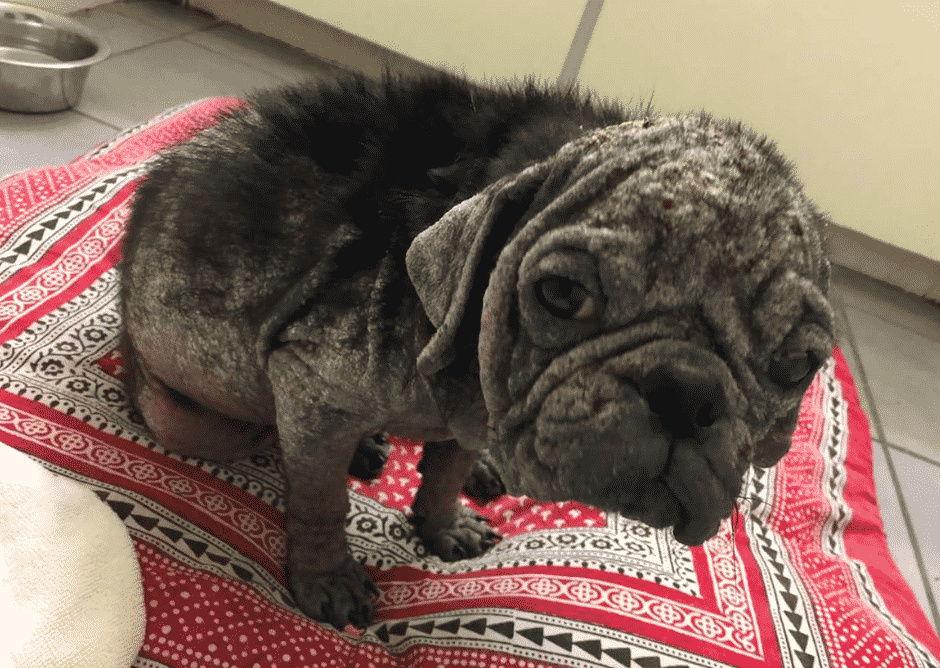 Dex was about to turn a year old and he weighed an alarming 10 pounds. The poor pug was also on the verge of losing his vision and had stayed inside of a cage all alone for months. It was a sad situation. 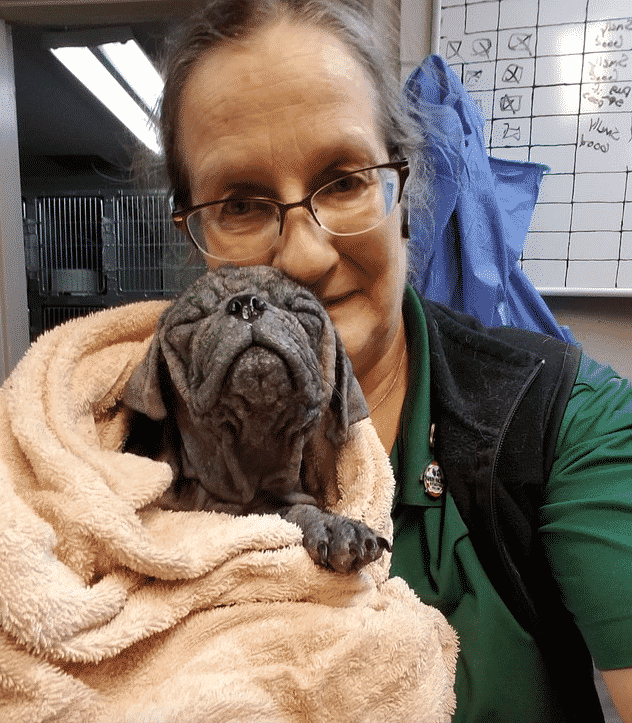 Dex was placed inside of a cage for his stray hold, “the number of days that shelters are required to hold a stray to give owners an opportunity to claim them”, and in that time he didn’t receive any medical attention. His situation was only getting worse until some guardian angels stepped in! 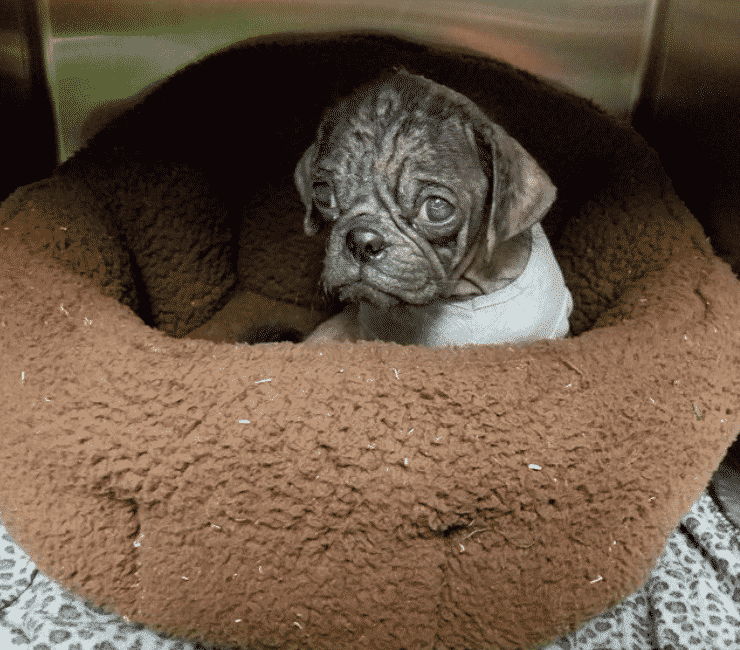 Then one day, Pug Rescue Austin stepped in and intervened in the situation. Dex was immediately rushed over to the rescue where they brought him in for a check-up. They soon realized that Dex’s condition was worse than they anticipated. 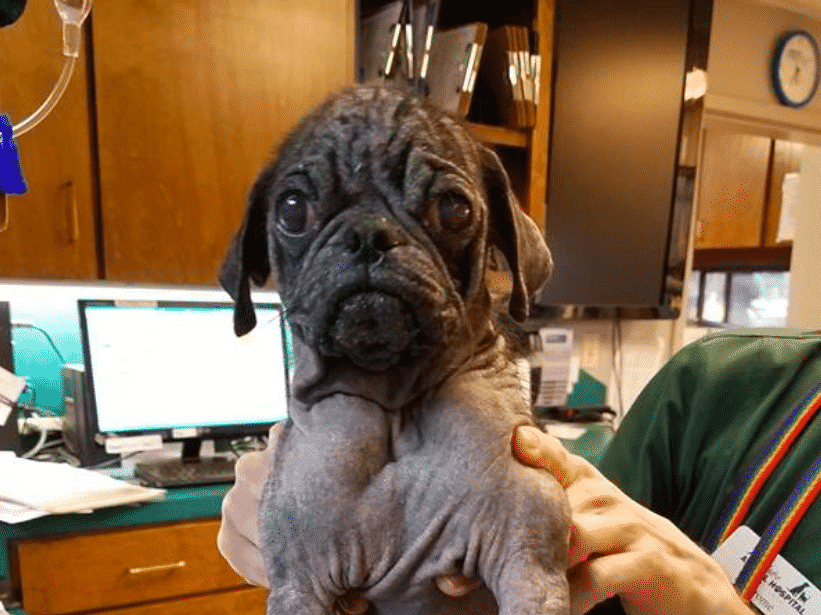 Dex was diagnosed with a terrible case of demodectic mange and skin infections. This condition was causing him to be completely hairless. It was so severe that doctors suspected he had been suffering from it for months. 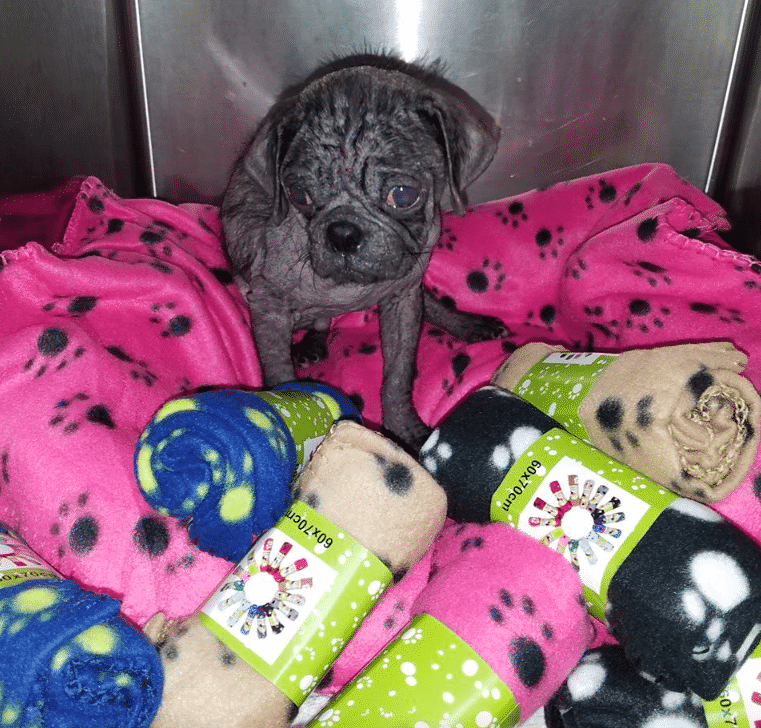 Another problem that they also noticed was Dex’s bulging eyes. “He had ‘dry eye’ (low tear production) and both of his eyes were infected,” Signe Corbin, founder and director of Pug Rescue Austin told The Dodo. This caused a lot of problems for Dex. 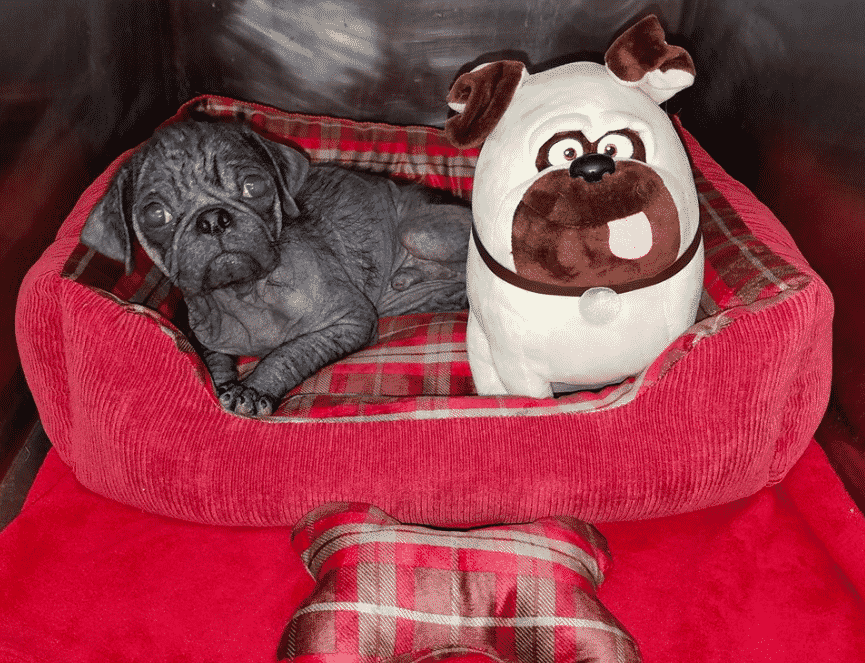 “He had painful corneal ulcers from not only the lack of tear production but likely from constant itching and rubbing his face, thus traumatizing his eyes. He squinted and kept them closed most of the time.” Dex was dewormed and placed on pain, antifungal, and antibiotic medications. 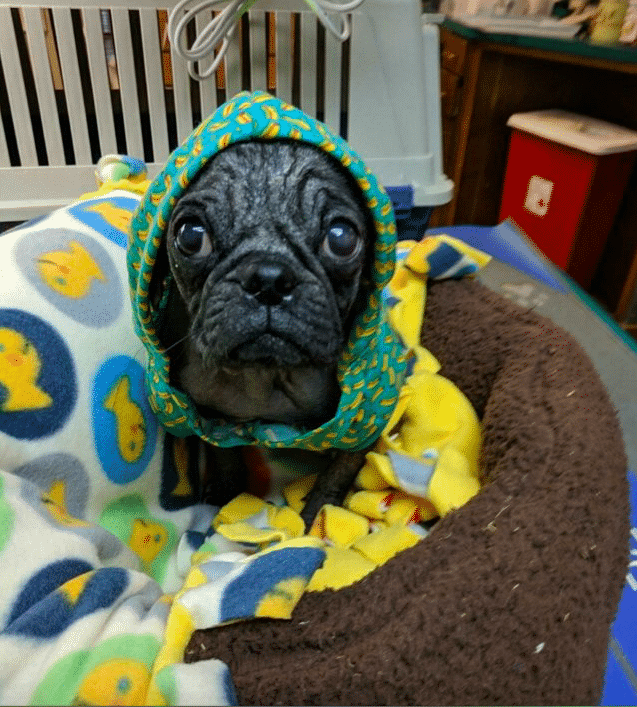 In order to help with the painful and irritated skin, Dex was also given medicated baths consistently. The medicated baths helped to soothe his skin and his foster mom also administered eye drops to Dex’s eyes each day. 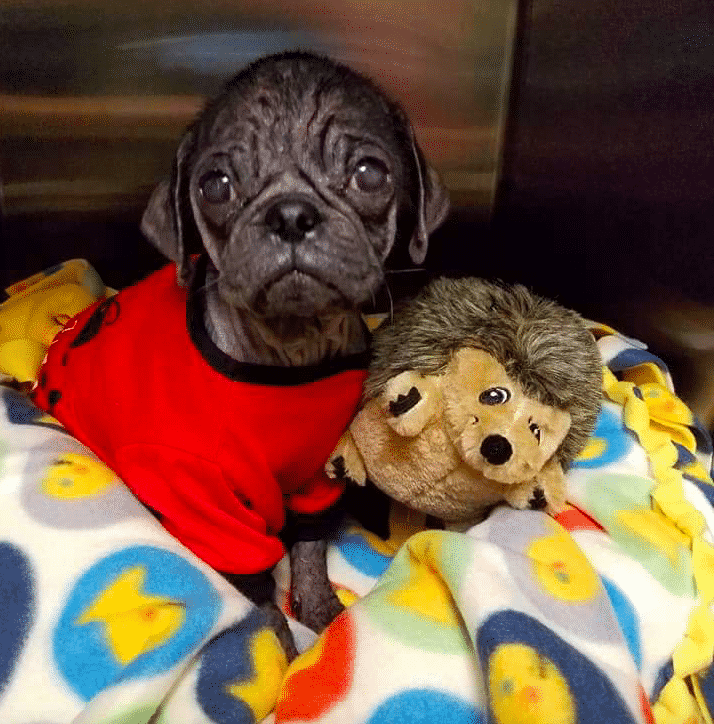 Many of the workers at the shelter grew increasingly worried for Dex and his condition. They worried that due to the severity of his condition that he wouldn’t be able to get better. However, this little pug had a perseverant spirit and began to shock everyone. 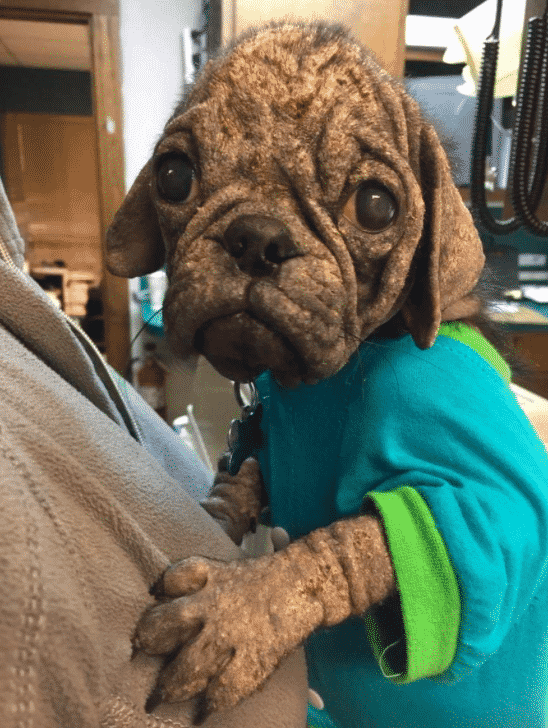 “He was very scared the first few days, but as he started to heal and feel better, he quickly warmed up to people and became particularly attached to his foster [family],” Corbin said. “We discovered he loved to curl up in round beds with higher sides on them and he loved fleece blankets against his skin.” 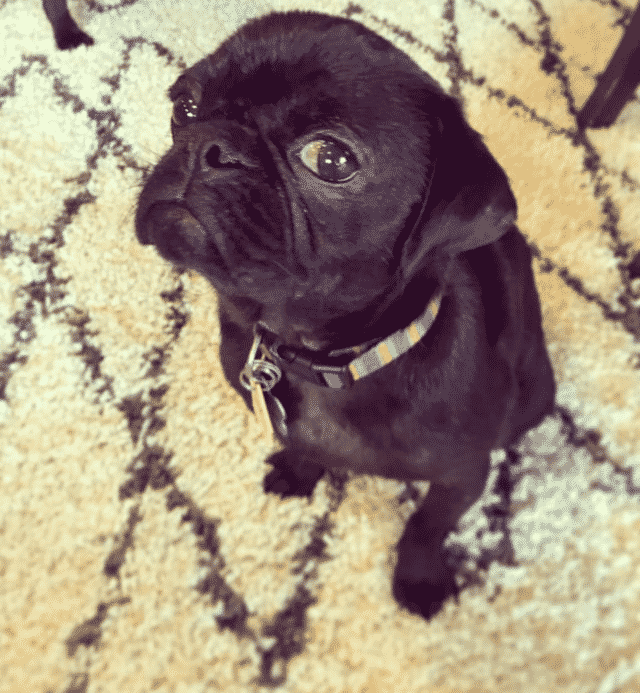 Dex began to show slow but wonderful improvements and everyone was very happy about it! “After a week or so, he became relaxed enough to start wagging his tail,” Corbin added, “and after another week, he started enjoying chew toys and interacting with other dogs.” 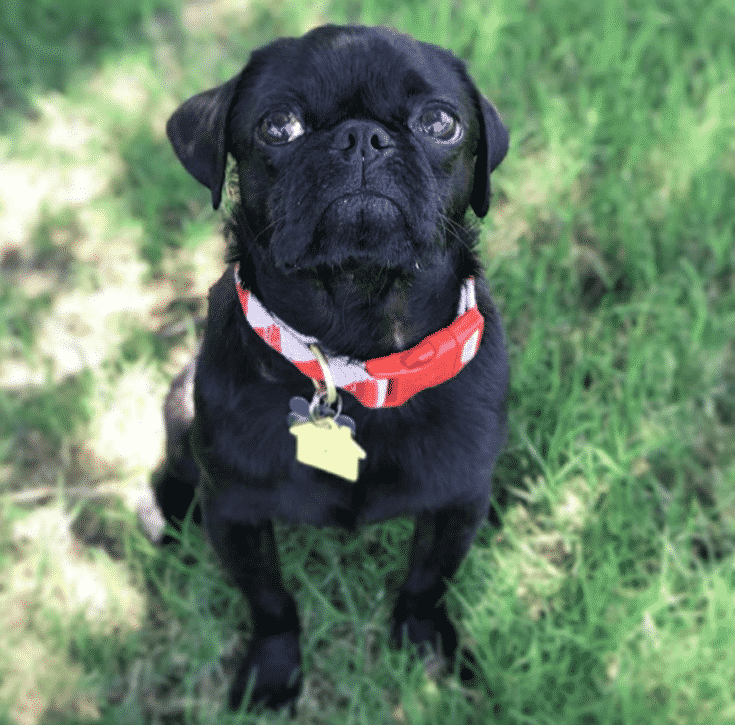 Shelter workers began to provide updates on Dex and his progress. He began to grow a fan base that was ecstatic to check in with him. Hundreds of followers would check the hashtag #dexupdate to see how the pug was doing. 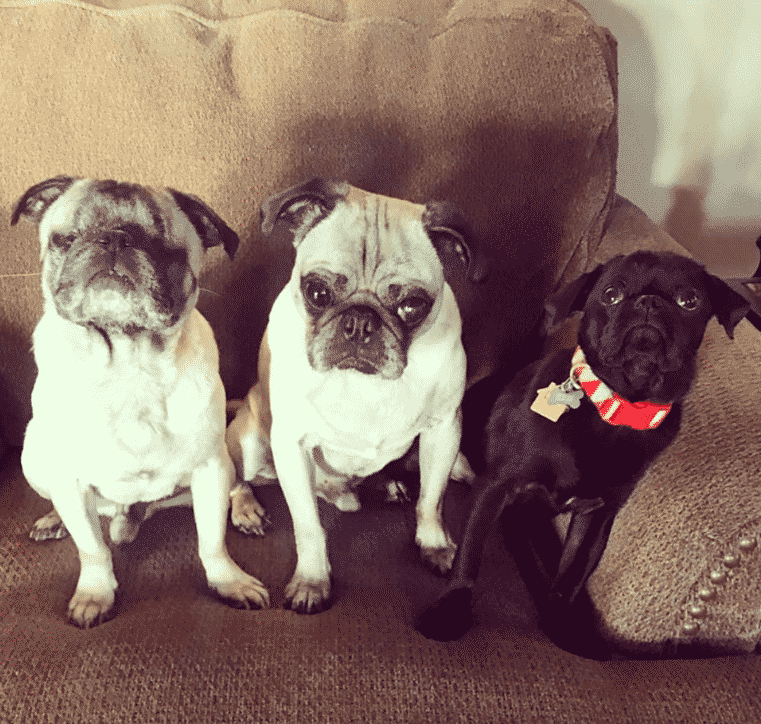 One of the fans, Beth Legacki, had previously adopted a dog from Pug Rescue Austin and was following along with Dex’s story. She immediately fell in love with the sweet pug and was one of the first people to inquire about adopting him. 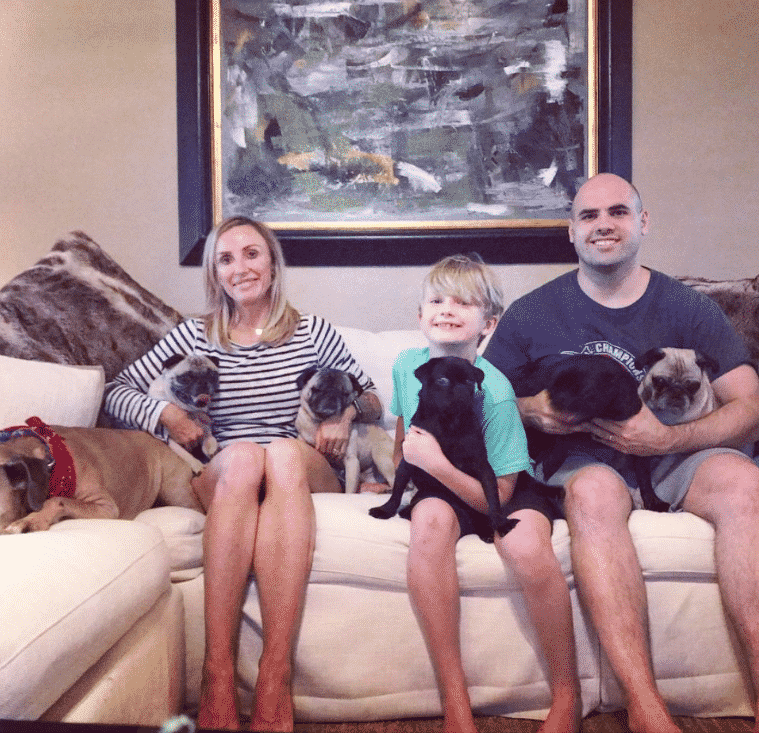 Soon Dex was adopted by Legacki and he joined the family! Legacki was so happy when Dex finally came home to her. “I cried,” Legacki told The Dodo. “He was shy, but I knew in my heart he belonged in our home.” 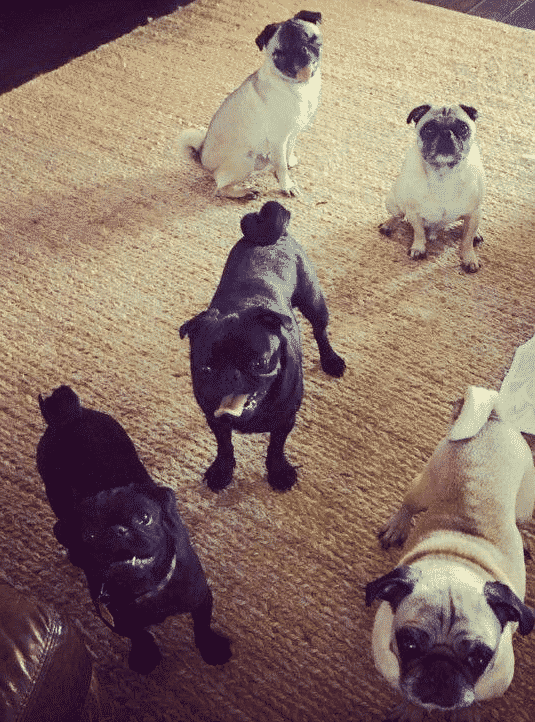 While Dex’s life may have started off rough, he was now in a loving environment surrounded by wonderful new family members. He now has five rescue dog siblings and amazing human family members as well. 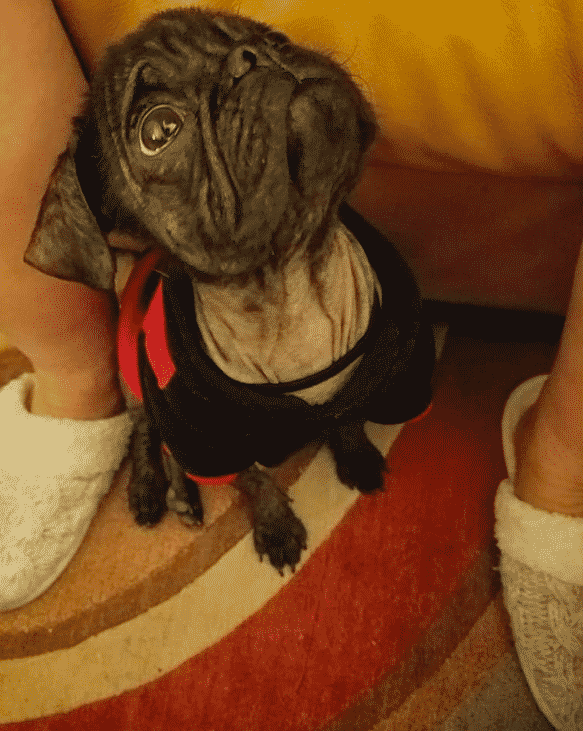 It didn’t take long for Dex’s lovely personality to start shining through. He absolutely loves to play around with his dog siblings and has a collection of favorite stuffed toys. Dex has truly been enjoying his new life. 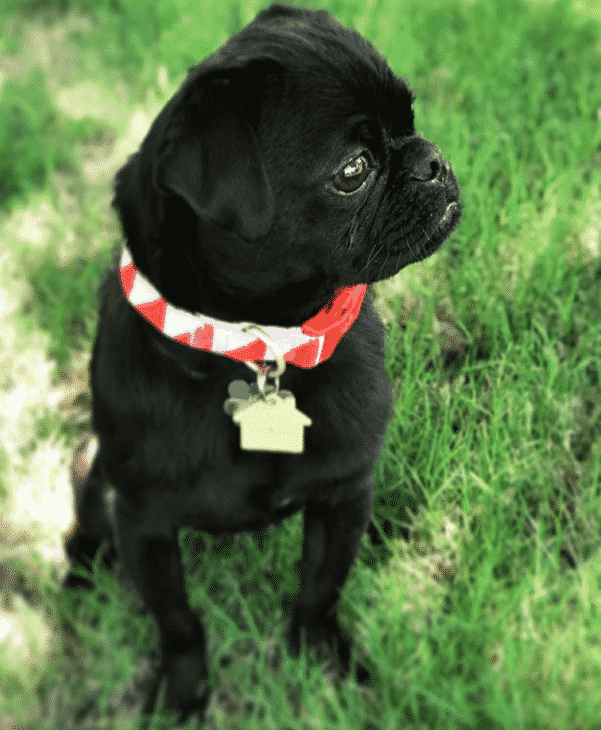 “He has become very dominant in an adorable way,” Legacki said. “He’s tiny and the most confident and feisty of our pack. He’s super proud and knows he has ‘street cred.’” However, being so dominant hasn’t stopped him from enjoying some sweeter things. 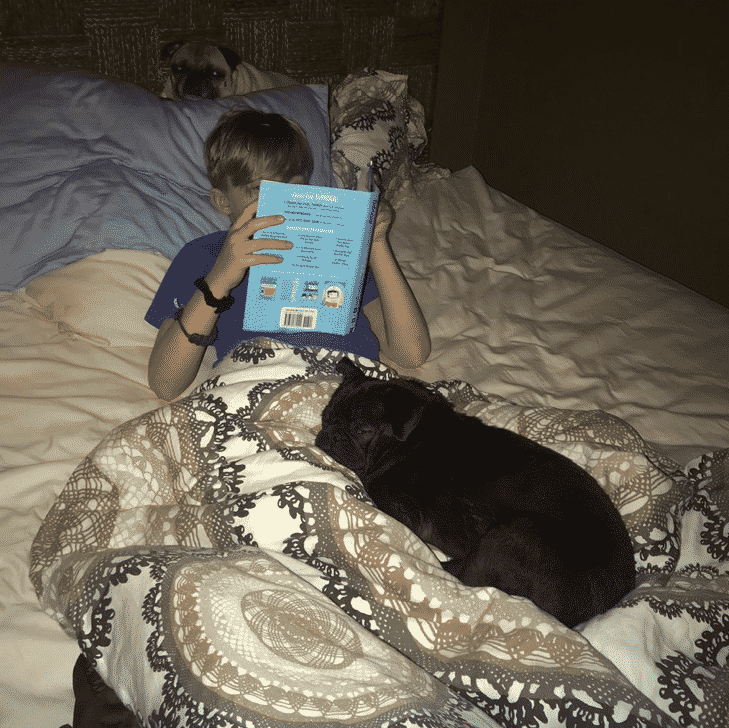 Dex will still go out of his way to snuggle up with some of his favorite humans in the house. “He is a little shadow always attached to a human. He loves to sleep under the covers.” 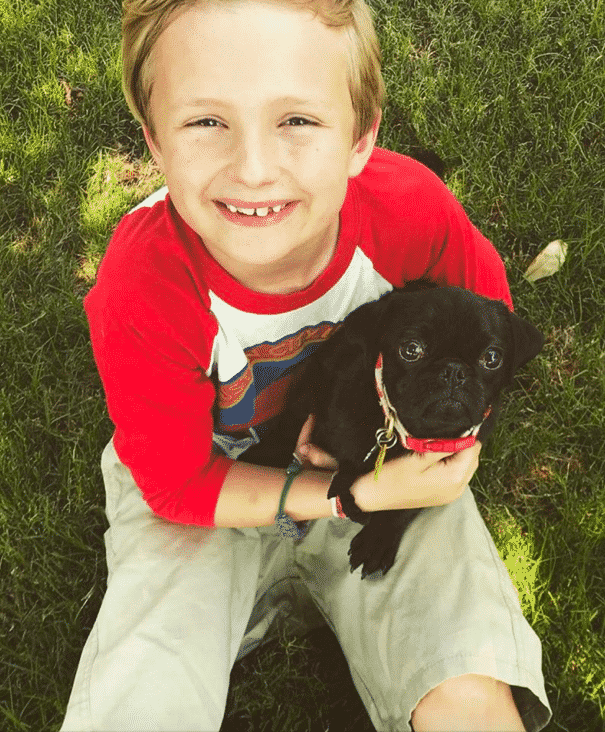 “He makes us laugh. He brings warmth and love,” Legacki said. “It’s hard to not get emotional when we look at him and think about where he came from.” The family has never felt more complete now. 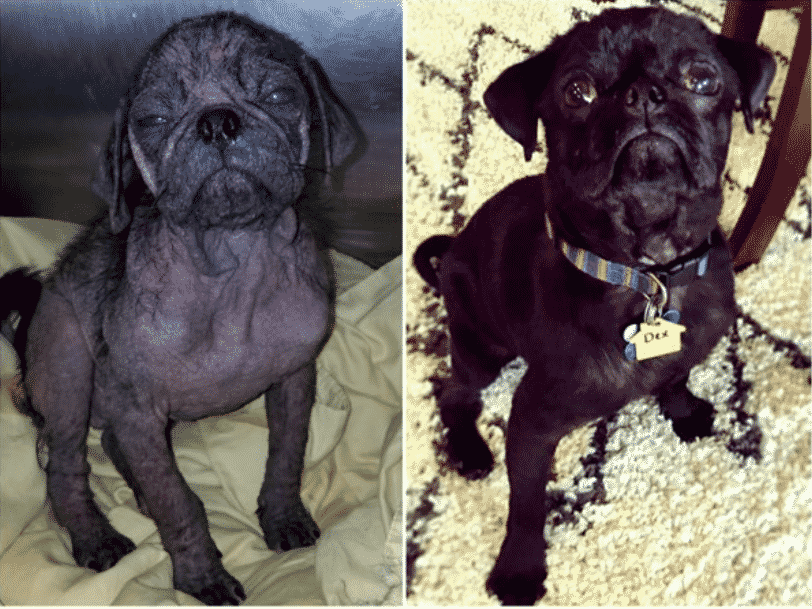 Now the Legacki family finally feels complete thanks to the addition of Dex into their lives. “Our home is filled with ‘thrown away’ dogs,” Legacki added, “and we couldn’t imagine a life without them.”