These Mistakes Cost People Their Job 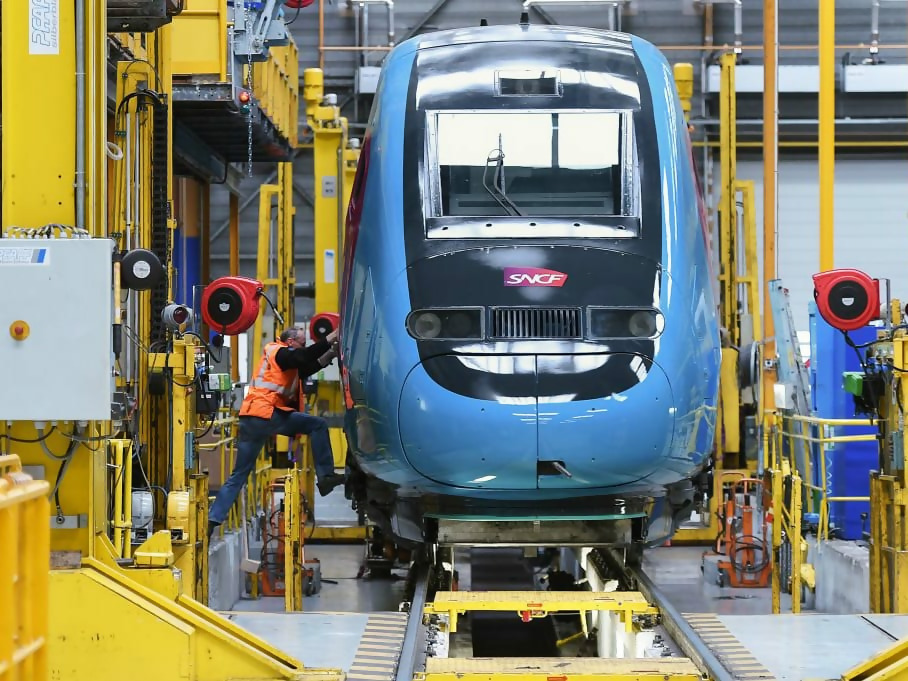 Modernization is difficult. In 2014, SNCF, a French rail company, ordered 2,000 trains which were too wide for their platforms which were built over 50 years before. It cost them nearly 50 million euros in the end, compared to 15 billion euros to just purchase the trains.

“Walkie Talkie” Building Heats It Up 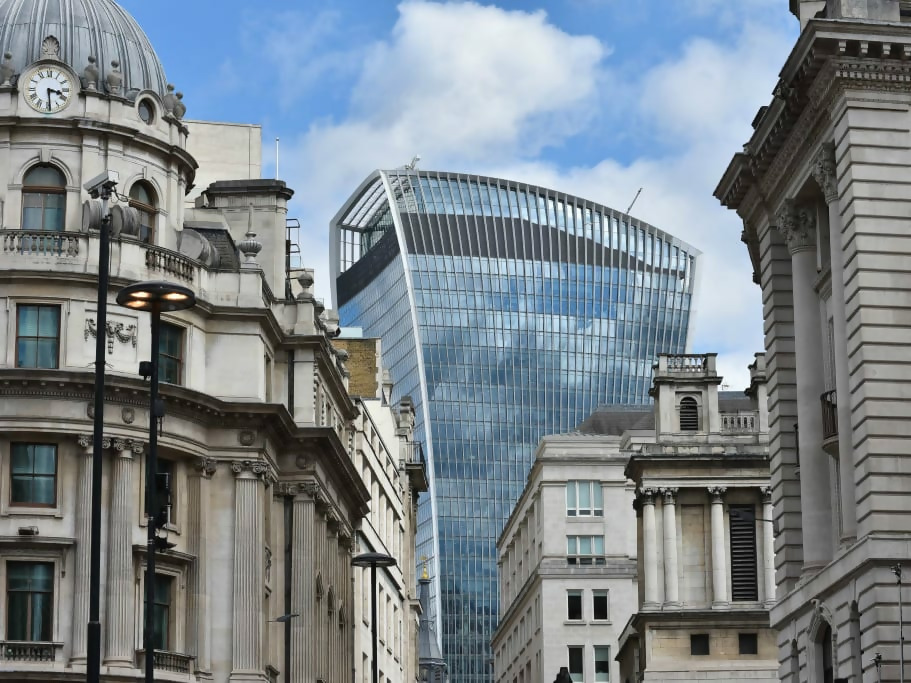 The iconic building on London’s Fenchurch Street looks like a huge walkie talkie but is iconic for more than its shape. Apparently, the reflective exterior produces so much heat that it is able to melt car parts. Martin Lindsay complained that his rear-view mirrors and parts of the body had melted on his Jaguar parked across the street. Developers ended up paying nearly 950 pounds and erected a sunscreen to mitigate additional sun damage to cars parked in the area. 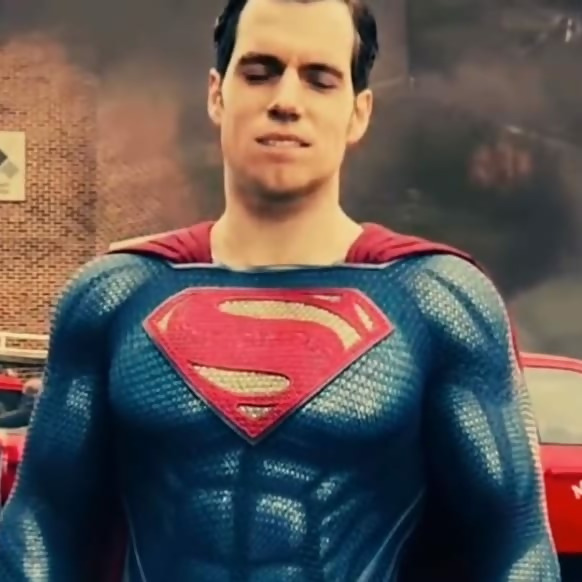 Reshoots in the film industry aren’t uncommon. After filming Justic League, Warner Brothers broke the bank by shelling out around $25 million to refilm and remove Superman’s mustache in the scenes where he grew out his stubble so that his iconic face would be consistent throughout the film. 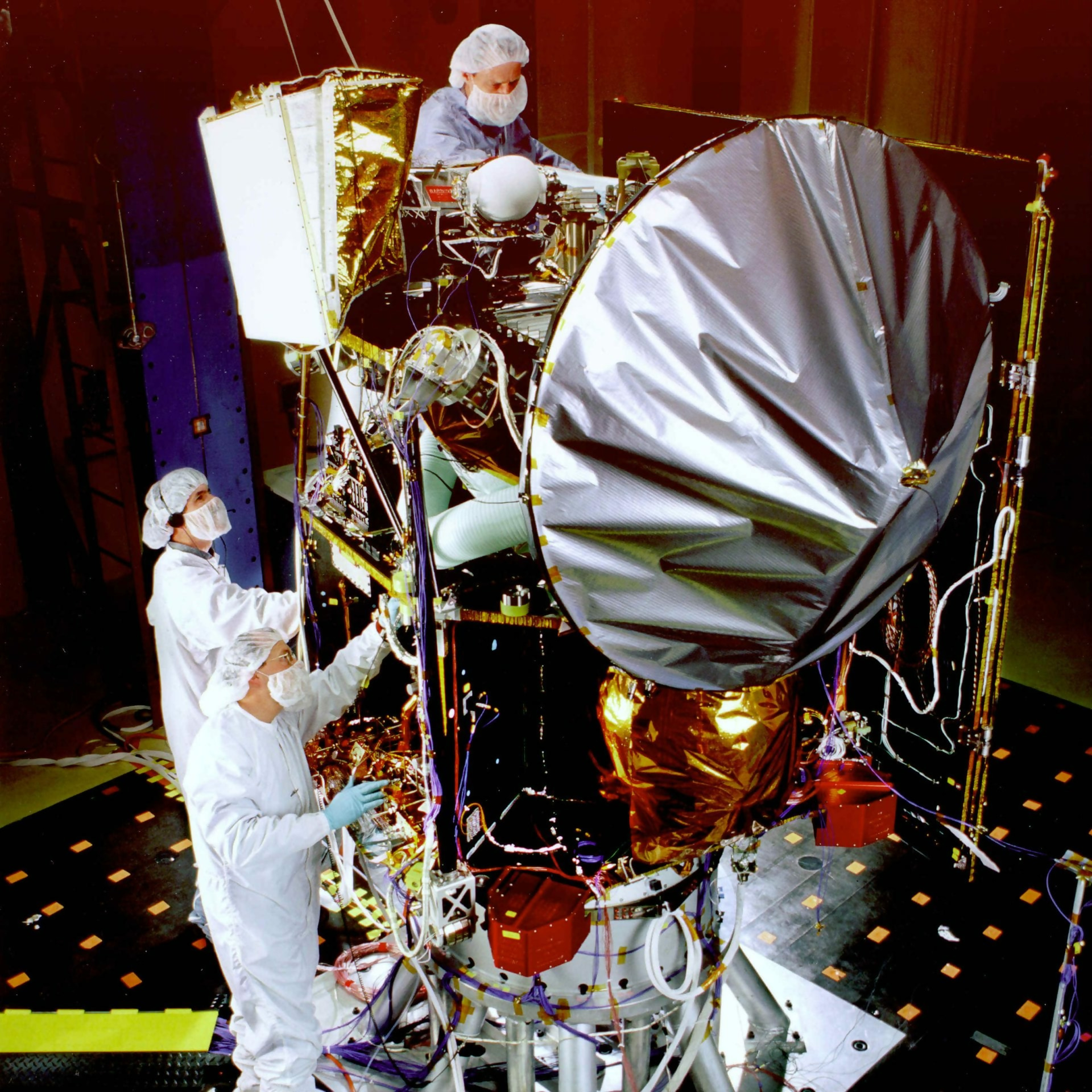 At the turn of the 21st century, NASA threw away $125 million in the form of a satellite which burnt out its engine while navigating the atmosphere of Mars. This happened because engineers at Lockheed Martin used the standard system and NASA used the metric system, causing misdirection while communicating the location of the satellite. The satellite is likely now orbiting the sun. 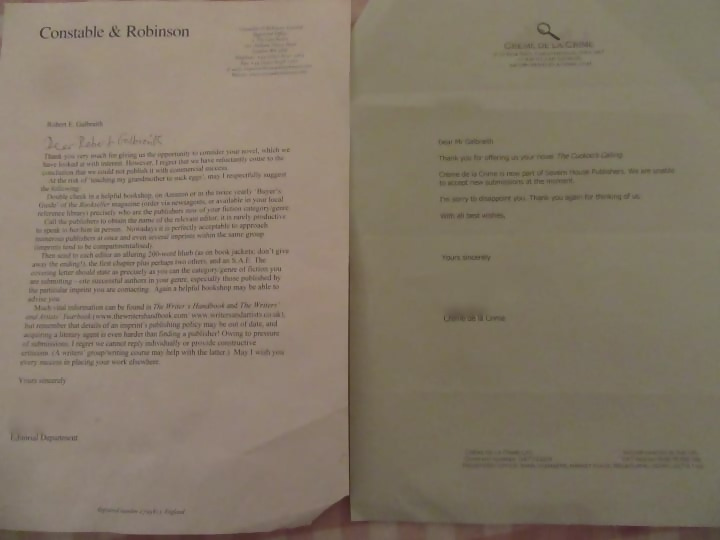 You’ve likely heard the story of the long-time-coming success of Harry Potter: J.K. Rowling had humble beginnings and many rejection letters from publishers who missed out on the opportunity to publish the $7.7 billion franchise. These letters were posted on Twitter by Rowling herself. 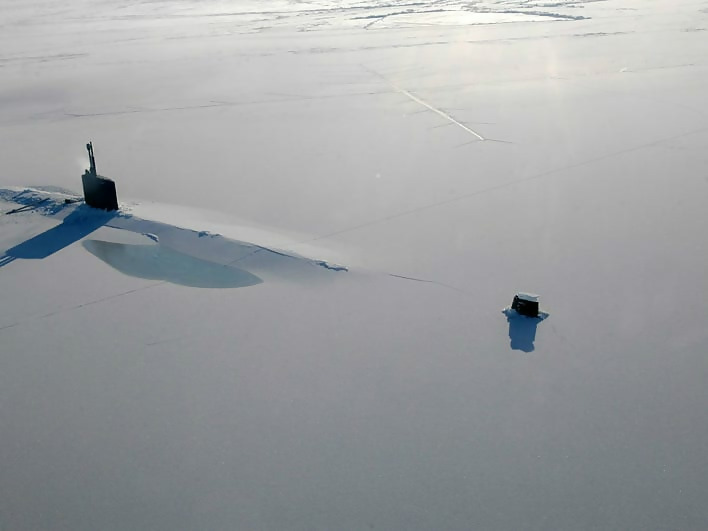 Spain commissioned $2.2 billion for a state of the art submarine called The Isaac Peral in 2013. Before the building was complete, engineers discovered that it was so heavy that it would likely never be able to reemerge to the suface after submerging underwater for the first time. It was attributed to a simple calculation error in early drafts of the design: a misplaced decimal point. Fortunately, the mistake was caught early enough to fix the boyancy by extending the length of the hull. 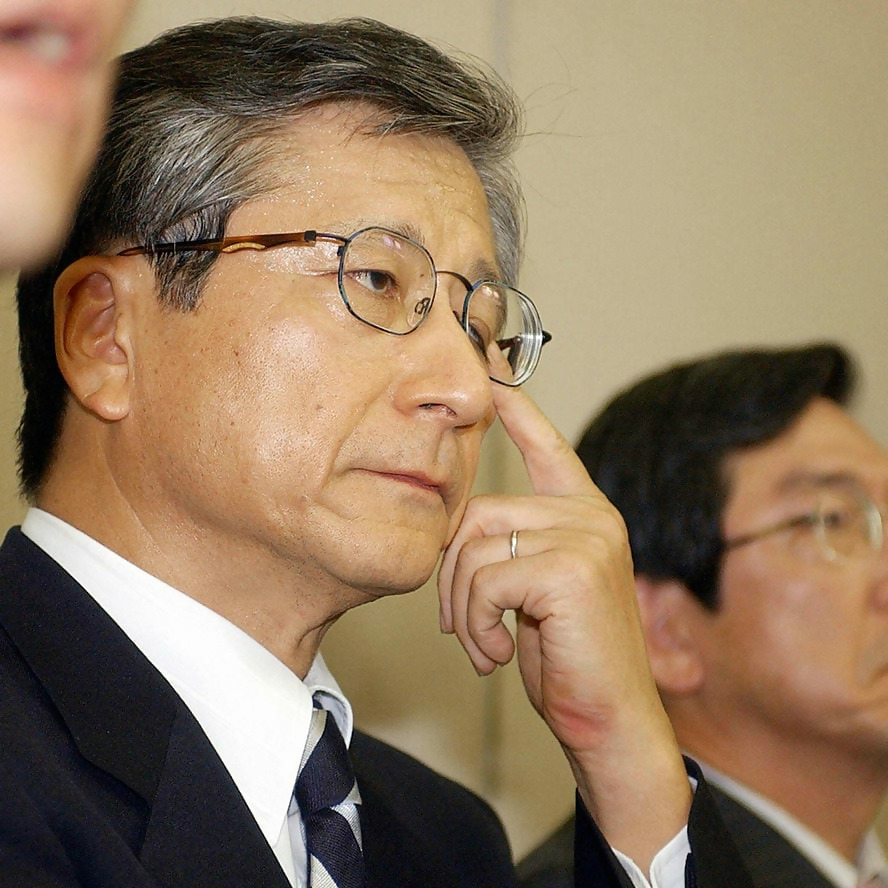 A small mistake at the end of 2005 cost Mizuho Securities Co. a whopping $225 million due to a typo. A stockbroker meant o offer a single share in J-Com stock for 610,000 yen but ended up offering 610,000 shares for 1 yen. A safety blanket rule allowing stocks to be sold no lower than 572,000 per 1 yen helped the damage but not by much. 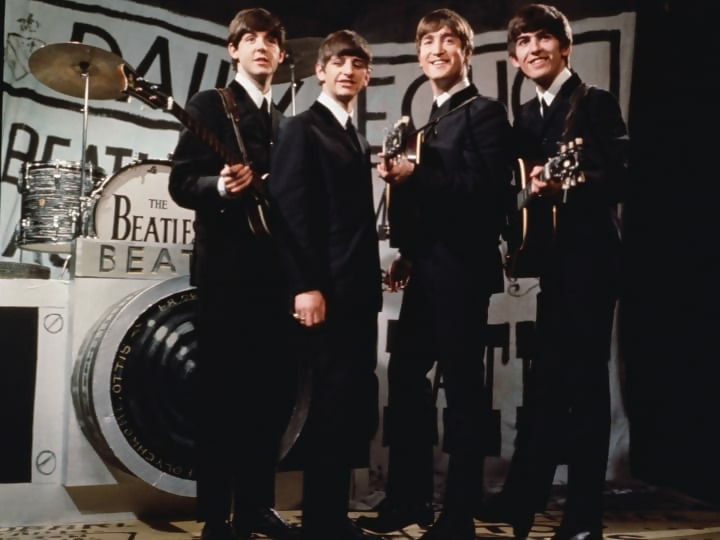 Hindsight is 20/20. For Decca Records, their refusal to sign the obscure Liverpool band, the “Silver Beatles” cost them $50 million in record sales in the year 1964 alone.

Yahoo! Sells out to Alibaba 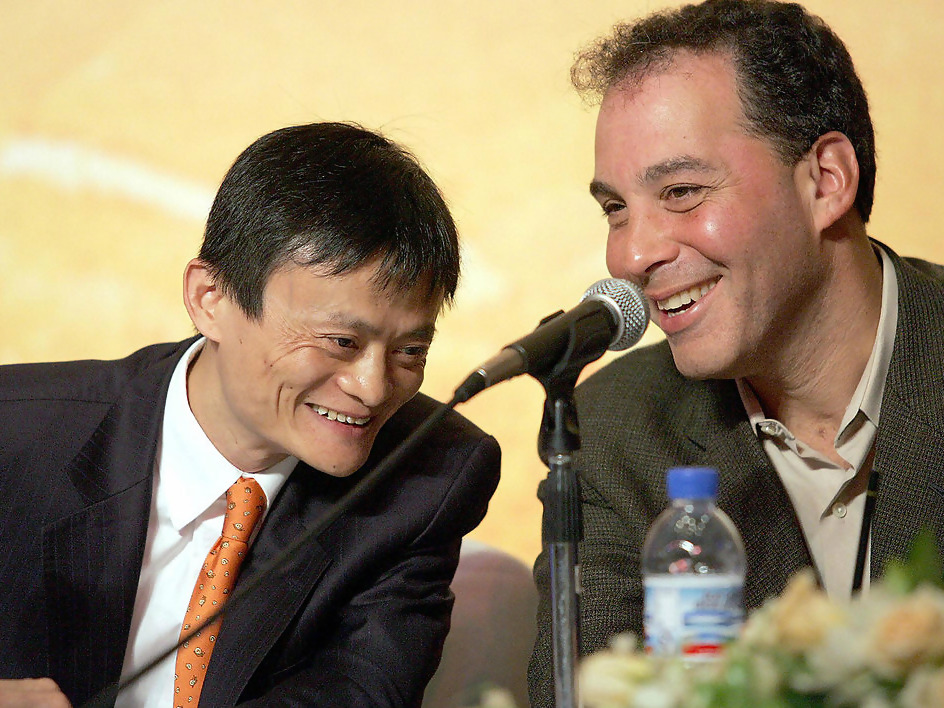 A now legendary story in the tech and finance spheres, Yahoo! Sold half of the 30% it owned of Alibaba in 2012. They sold half their stake to Alibaba at $13/share which seemed like a good deal as they made $7.6 billion from the trade. A couple years later, Alibaba went public and broke records with stock prices rising to $68. Today, Alibaba shares are $150 a pop and Yahoo! sold out to Verizon in 2017 for $4.8 billion.

A Missing Coma Cost A Lot of Milk 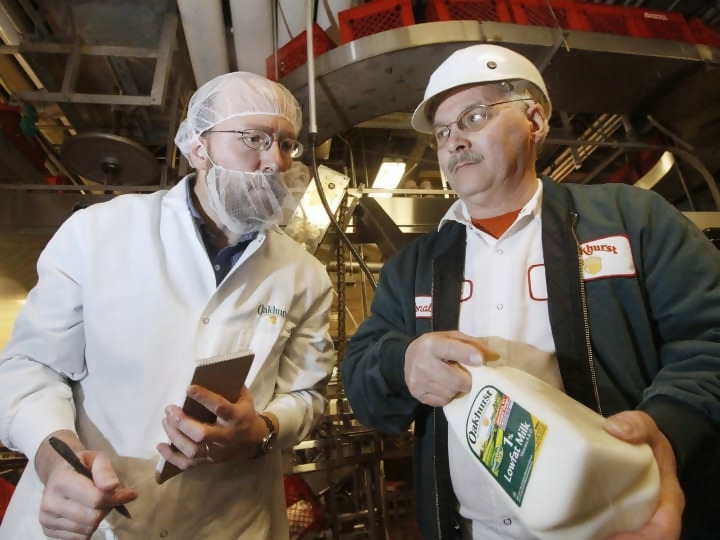 The oxford comma is quite controversial: some are vehement detractors, others think its necessary to separate penultimate and final items in a list, and yet others don’t care either way. One thing that’s certain is that it was hugely important to Oakhurst Dairy as their shipping department lost $5 million in a settlement over a missing oxford comma in delivery employee contracts specifying overtime pay. The comma would have clarified that overtime pay was forfeited in one situation which would have been quite costly.

Across The World For $39 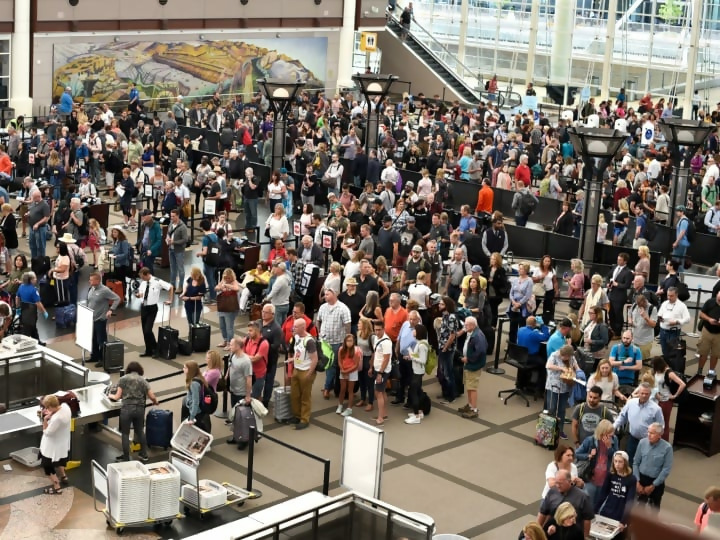 A $39 flight from San Diego to Los Angeles would be a great deal so you can imagine how travelers went crazy for a ticked from Toronto to the Mediterranean for that price. This error was made by Chagrin of Alitalia and cost them $7 million by honoring the 2,000+ travelers who got lucky before they could update the website from $39 to $3,900. 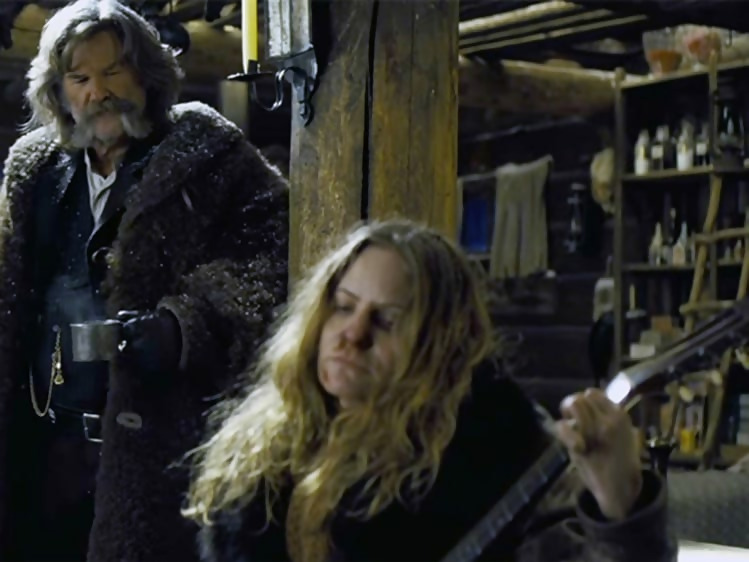 In The Hateful Eight, a one-of-a-kind guitar from the Martin Guitar Museum was borrowed for a scene where Kurt Russell grabs the guitar from Jennifer Jason Leigh and then smashes it. Of course, Russell was supposed to swap out the guitar for a replica before smashing it but unfortunately went ahead a smashed the priceless guitar to bits. The museum was not amsued and never lent out another instrument to filmmakers again. 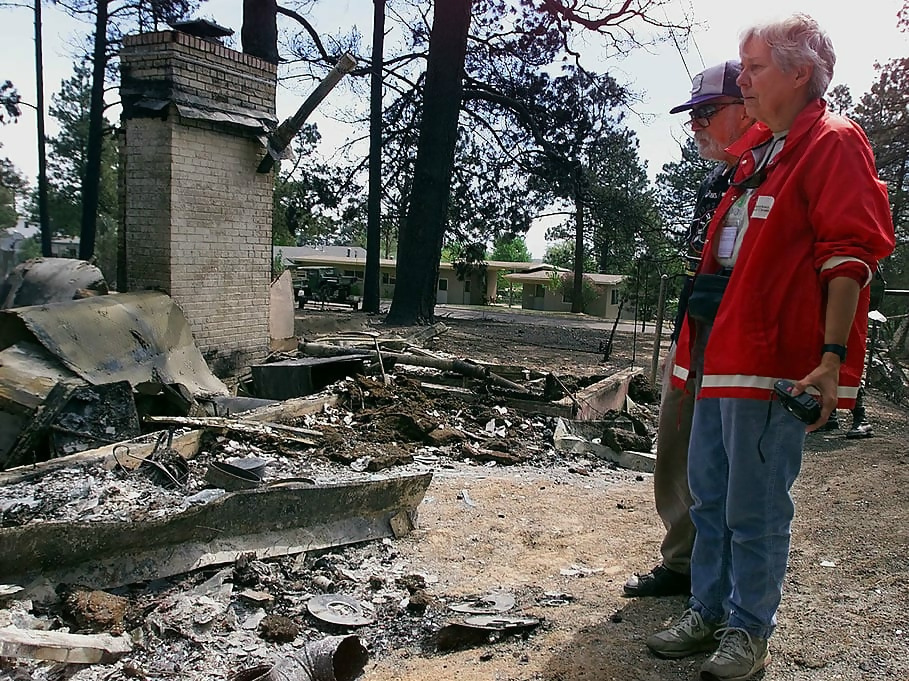 Controlled fires are necessary and advantageous for wildlife and residents by preventing future uncontrolled fires. Works in New Mexico in 2000 lost control of a fire and winds swept the fire in a rage across the land for a month, costing around $1 billion in property damage. 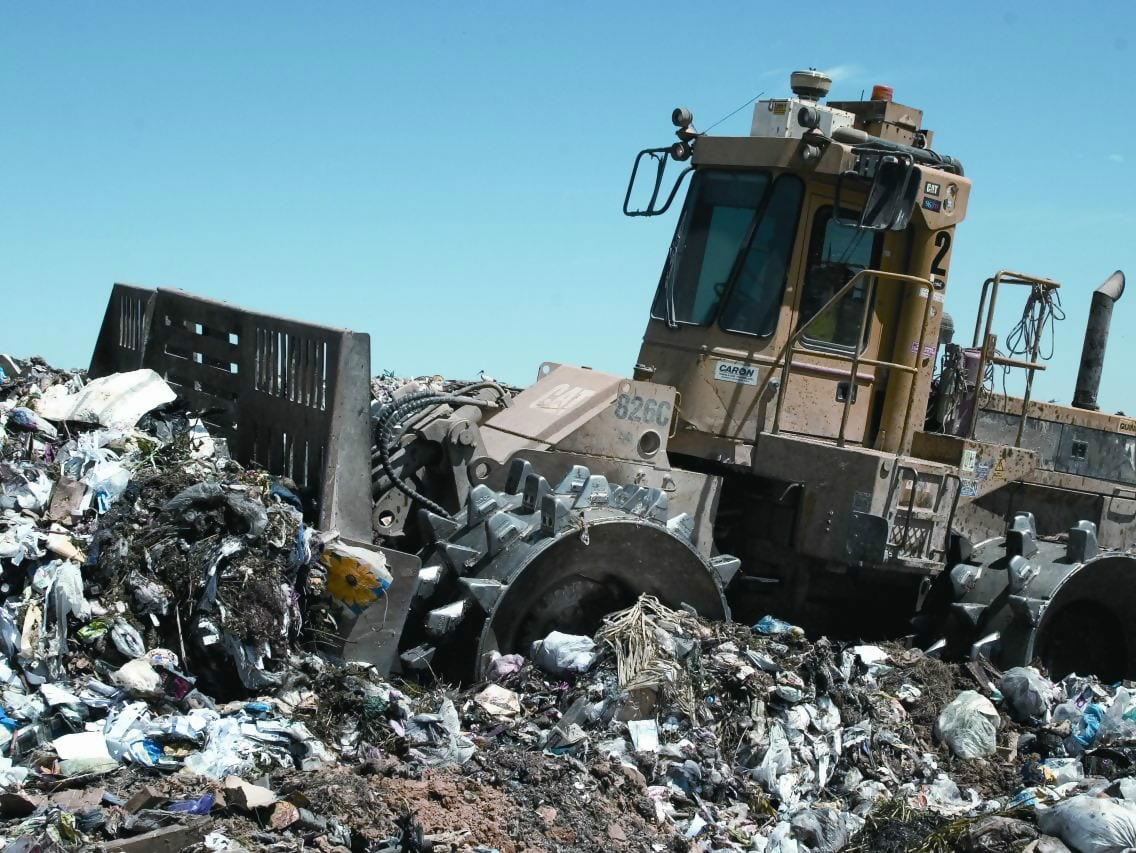 Few saw the way cryptocurrency would take off in recent years. James Howell spilled coffee on his computer in 2009 and was unfortunately unable to recover everything he needed from the hard drive which sat in his drawer for years until moving and throwing it away. When Bitcoin started to rise, he realized the mistake and went searching for it in the city dump. Officials disallowed him to continue the search for risk of environmental impact of distrubing hazardous waste. He threw away $148 million along with that hard drive.

King Tutankhamman and His Glued-On Beard 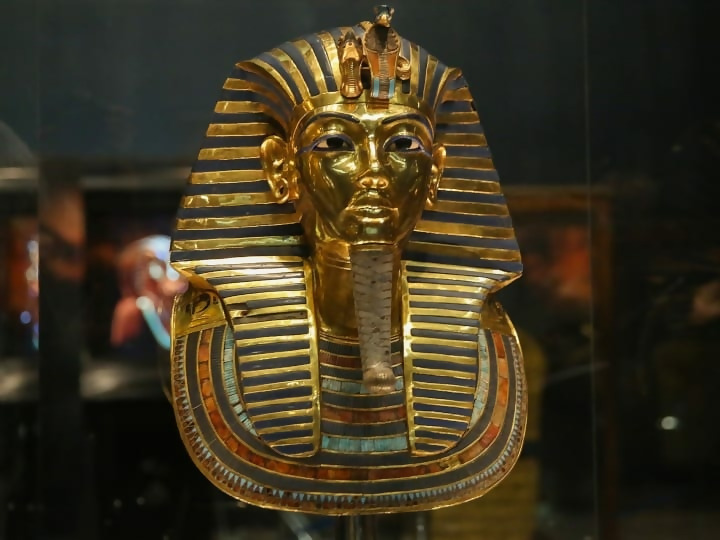 Museum workers noticed one of King Tut’s funeral masks was losing its beard so an inexperienced worker did the only logical thing: glued it back on. Acurator later admitted that it was poorly handled but the glue is suitable for keeping the beard intact. It could’ve been worse, at least he didn’t use duct tape! 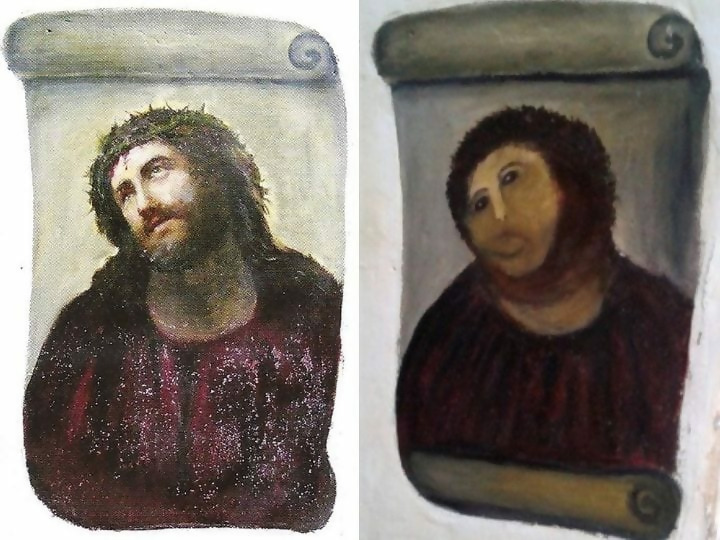 An elderly parishioner at the Santuary of Mercy church in Borja noticed the painting “Ecce Homo” meaning “Behold the Man” and attempted to do a touchup. Unfortunately, it did not come out as planned. Besides the fact that the internet has now dubbed the remodel “Ecce Mono” for “Behold the Monkey”, it has become an attraction and has earned 50,000 for charity and a spike in Borja tourism. 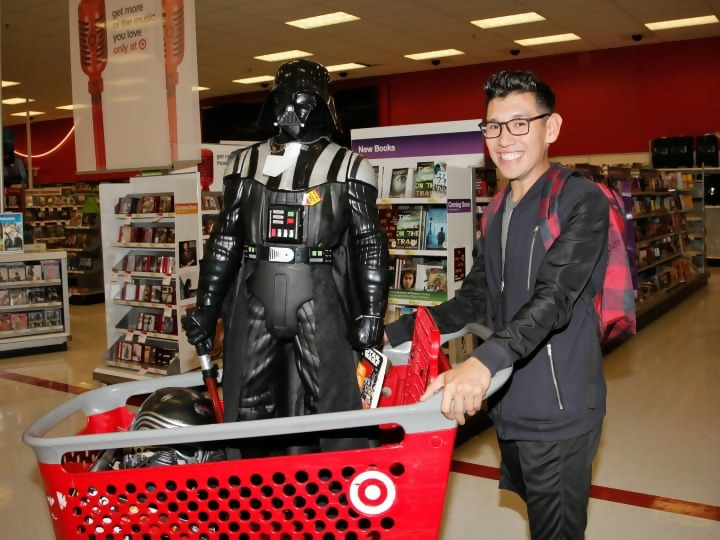 George Lucas is wealthy but could be much more wealthy. Early in the franchise, he signed over the merchandising rights for all the Star Wars films to 20th Century Fox. He didn’t receive anything from the $100 million in sales in 1978 alone, let alone anything since.

You Had One Job 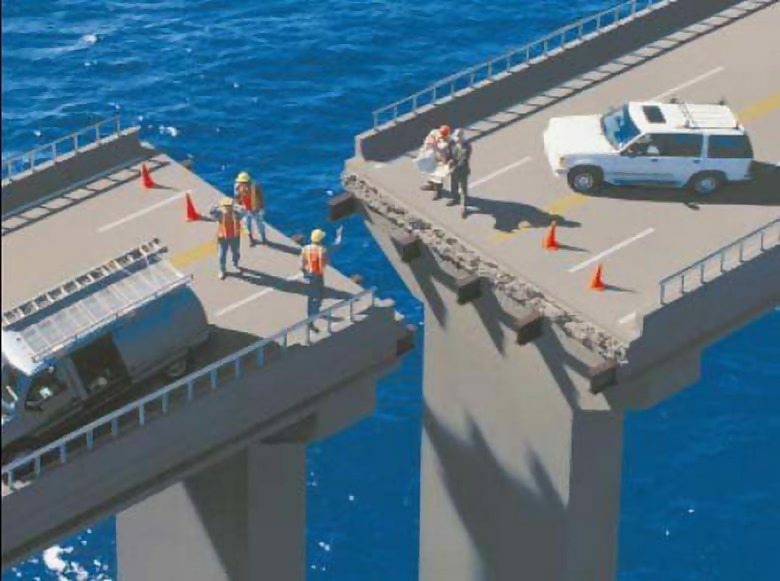 At first glance, it’s questionable whether this was an elaborate practical joke. While one lane lines up, there appears to be a missing ramp to get across. This one must have been pricey. 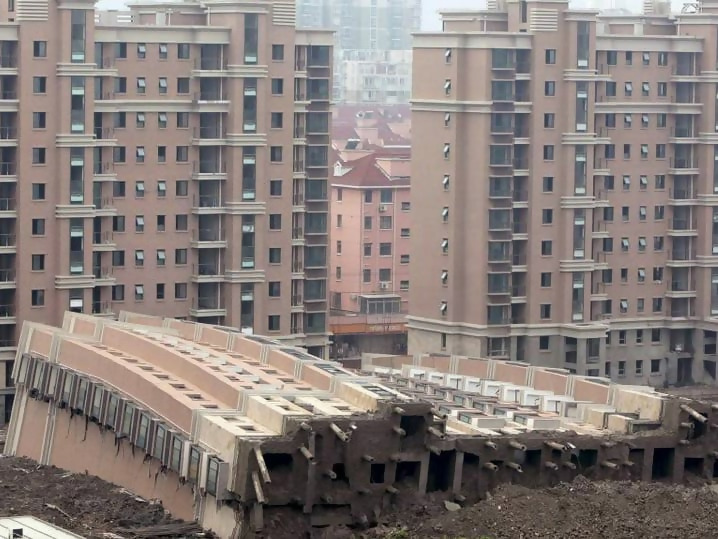 A real estate company responsible for one Shanghai residential complex turned their nose up at multiple warnings about a mud pile in the area. A simple fix of moving the soil before building would have saved the company $800,000 and one man’s life. 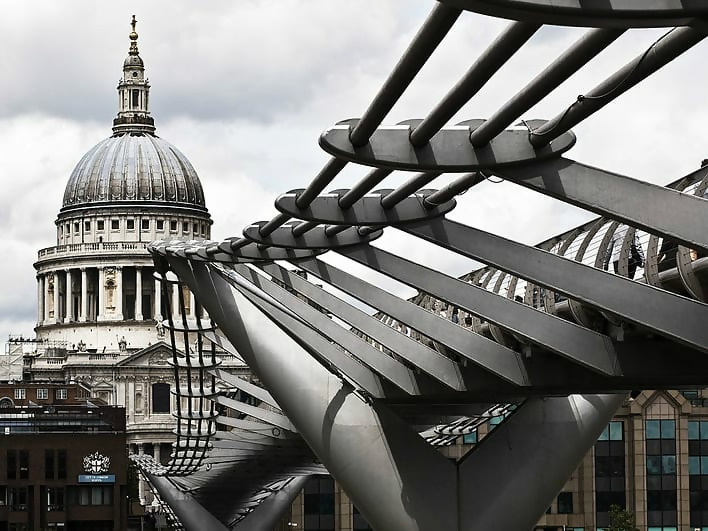 When the Millennium Bridge in London crossing the Thames opened in 2000, it was too popular for its own good: the bridge’s infrastructure was compromised from the weight and began swaying with 160,000 crossing it. It took two years to correct the problem and reopen. 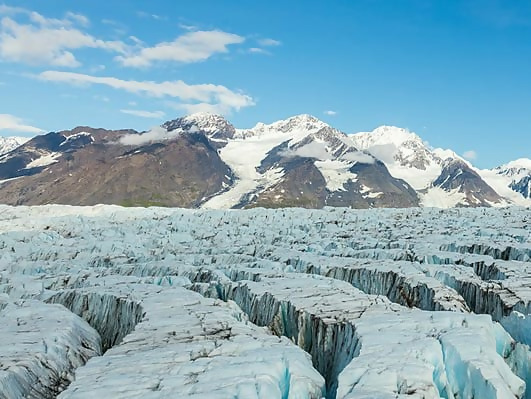 Alaska was not always part of the States, having belonged to Alexander II of Russia. He sold it to the US for $7.2 million in 1867, oblivious to the literal gold mine of natural resources in the state. Alaska’s oil and gas reserves alone are worth $200 billion. 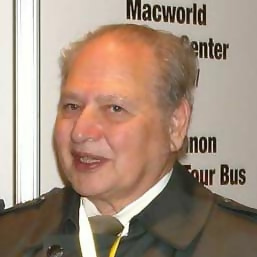 While Steve Jobs is a household name today, many are unfamiliar with Apple’s third founder Ronald Wayne. He drew Apple’s logo and served as a middleman between the other two Steves who founded Apple. However, his personality clashed with Job’s and he sold his 10% stake in the company for $800 in 1976, barring him from the millions he could have earned. Shockingly, Wayne says he has no regrets in leaving the company. 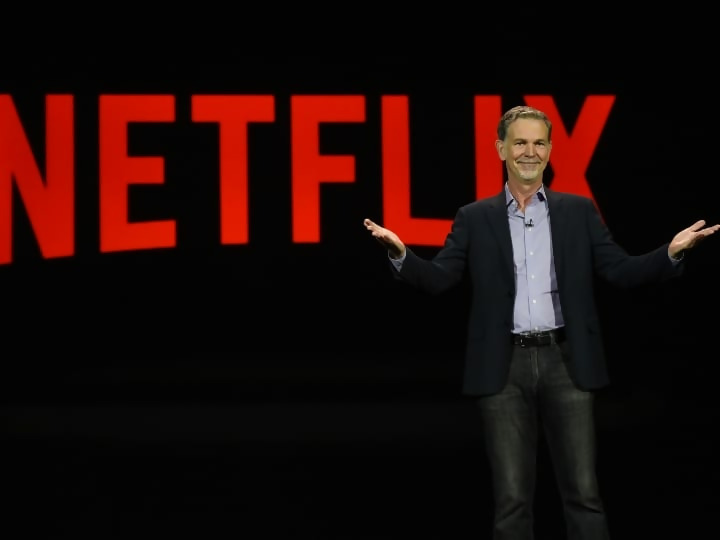 Now an antiquated business model, Blockbuster was once a booming company which had the opportunity to partner with Netflix. This could have helped Blockbuster to stay in business by making the jump from brick-and-mortar to online brands. However, in 2000, when Netflix was young, CEO of Blockbuster John Antioco mocked Reed Hastings of Netflix for attempting to partner with the behemoth. Ten years later, Blockbuster is no more and Netflix is worth nearly $16 billion. 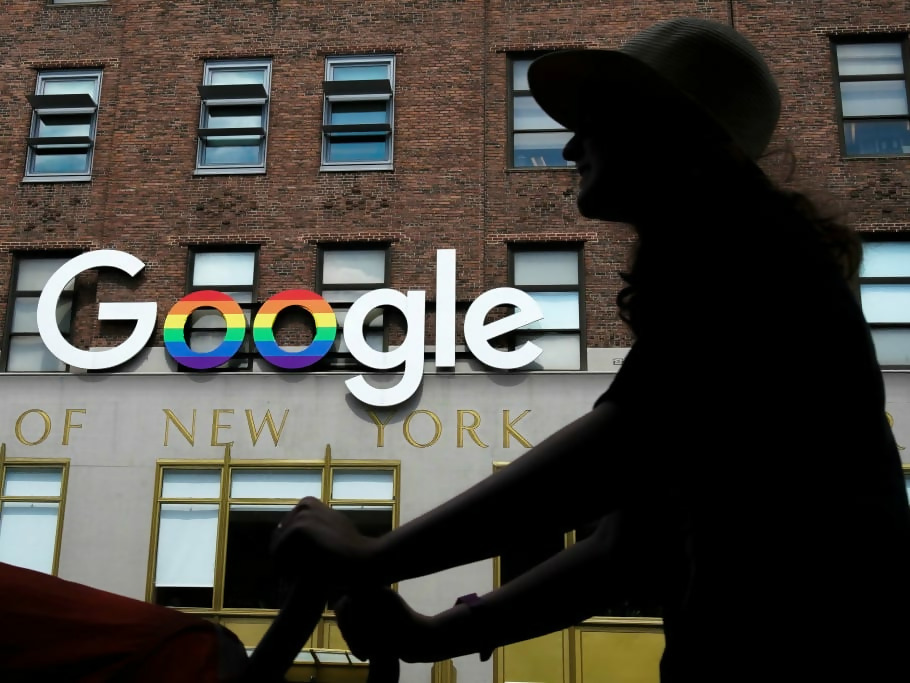 In the early days of the internet, Excite was the second most popular search engine. Google, then called BackRub was a competitor and was interested in purchasing it for $750,000 but passed when Google insited that its technology would replace that of Excite. In fact, Excite was worried that Google’s infrastructure worked too well and users would find the information they need too fast which would reduce revenue opportunity for Excite. The company eventually sold out to Yahoo! in 2004 while Google is worth $167 billion today. 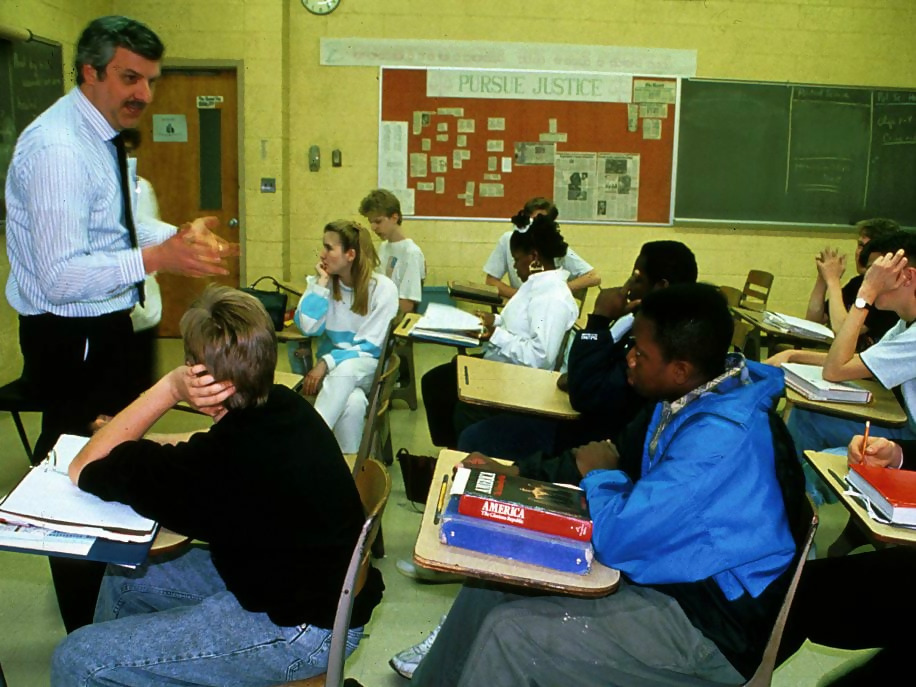 We’ve all written down the wrong year by accident. However, failure to proofread a grant application cost New Jersey $400 million for federal educational reform. Instead of providing the correct information for the budget year of 2008 to 2011, they provided information for 2010 to 2011, costing them 5 points and ultimately losing the grant. 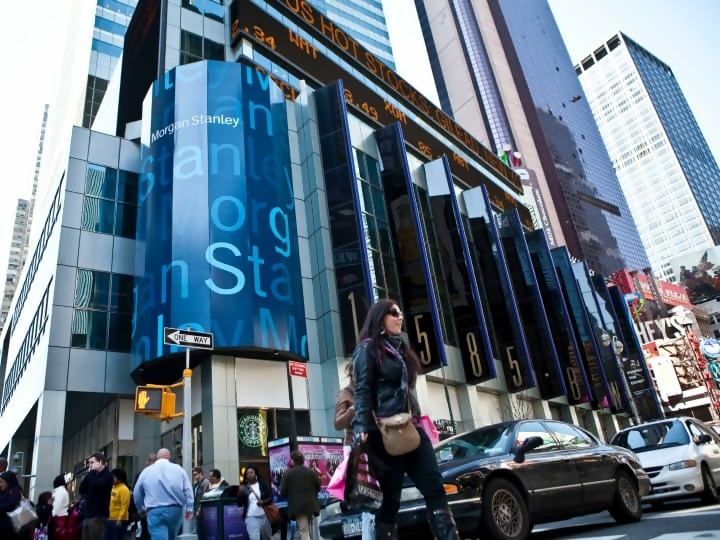 During the bust in bond trading in 2007, Howie Hubler made an enormous mistake buy buying risky credit default swaps for $2 billion and sold his excellend collateralized debt obligations for $16 million. Eventually, Hubler was forced to resign by Morgan Stanley and the company could only recover $7 billion out of their $16 billion loss. If they had taken corrective action, the group could have greatly minimized losses. 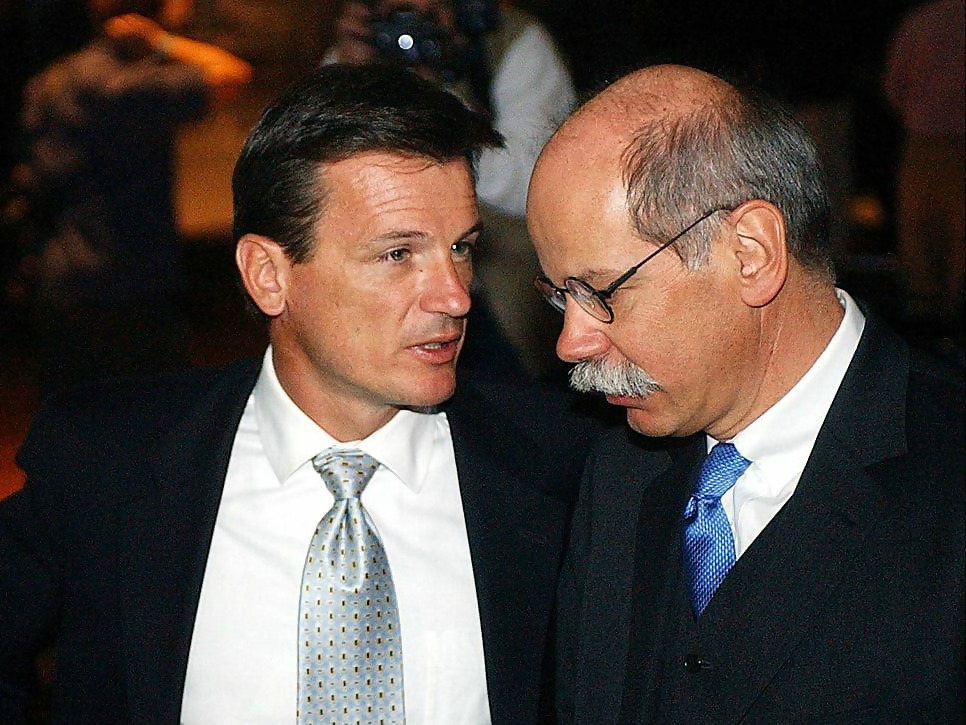 In 1998, Chrysler was acquired by Mercedes-Benz for $37 billion, only to sell it nine years later for $7 billion. All seemed well until in 2006 Chrysler reported a $1.5 billion loss and had to eventually be bailed out by the Treasury Department in 2009. 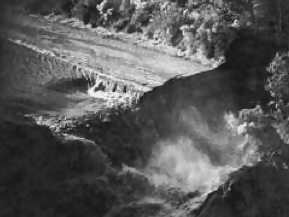 In 1980, Texaco workers on an oil rig in Lake Peigneur went a bit far. They drilled so deep in the bottom of the lake that they hit a salt mine, creating a giant whirlpool that quickly swallowed the lake. Barges, boats and trees were swept up in the damage. Luckily, no human life was lost but Texaco shelled out $44.8 million to cover settlements. 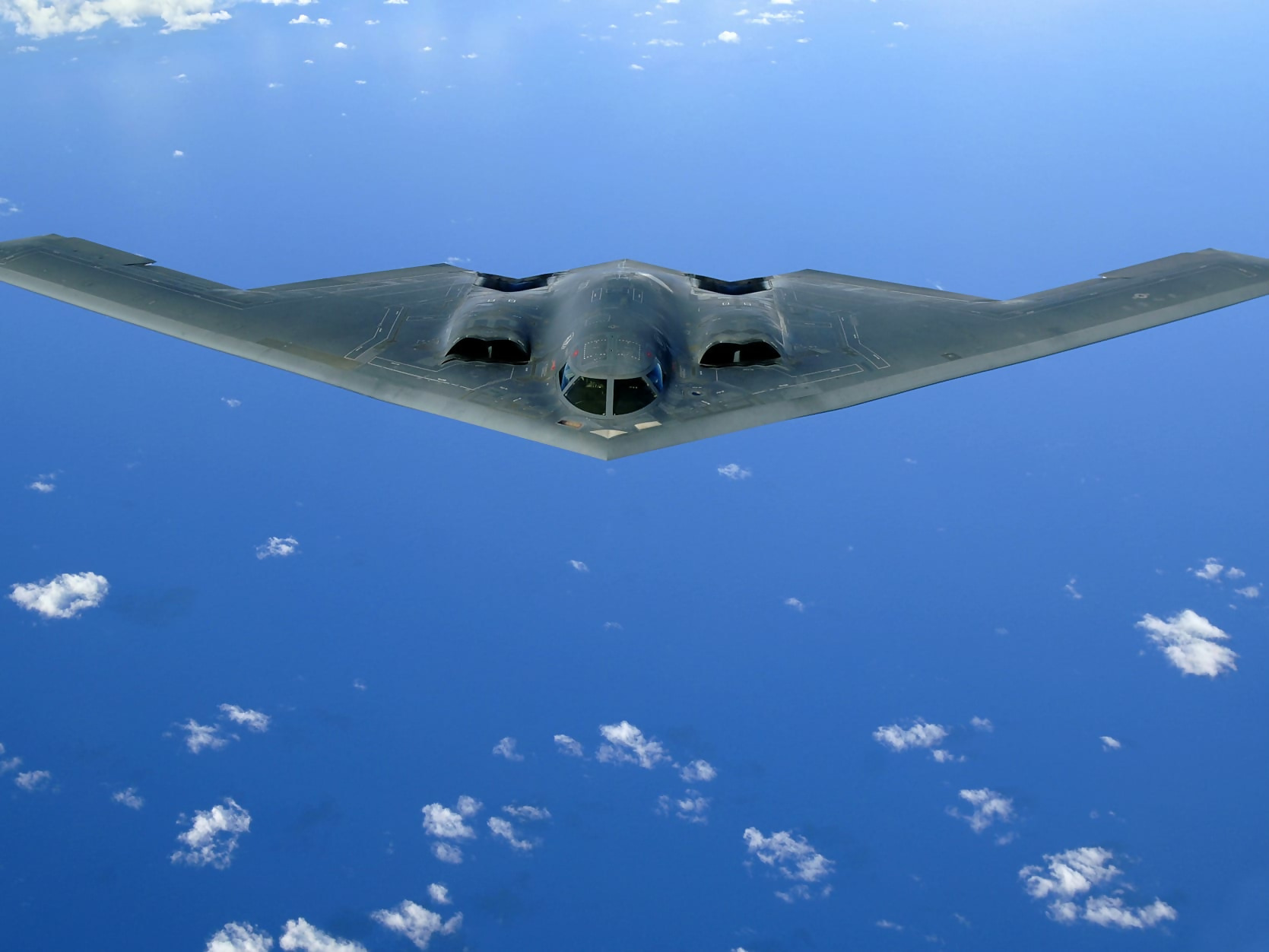 While its primary purpose was to be stealthy, the B-2 military bomber is one of the most recognized military aircraft. It’s also the most expensive and is reputed as the centerpiece of the most expensive crash in history: in 2008, the $1.4 billion jet stalled and crashed upon takeoff during a practice flight in Guam. Supposedly due to heavy rain, both pilots thankfully survived after ejection. 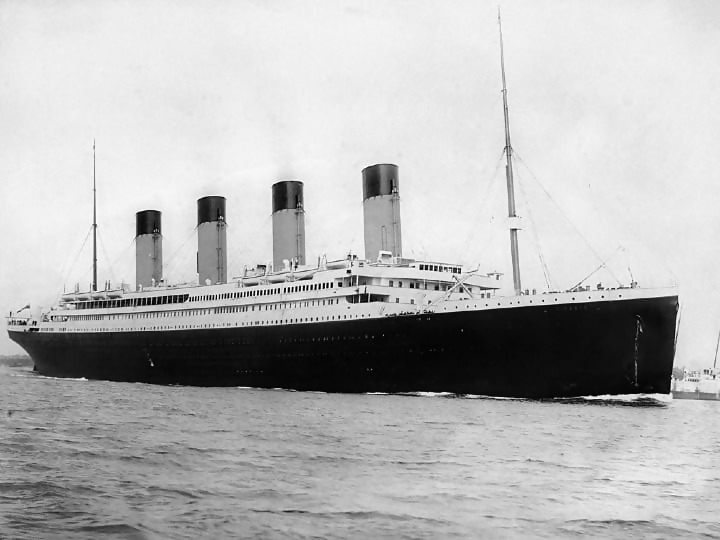 The legendary and tragic story of the Titanic makes our list as it was the largest passenger ship during its time in 1912. In addition to loss of human life, it was also an enormous loss monetarily at $7.5 million, which would be about $175 million today.