In 2018, Hurricane Florence ripped through the Carolinas in the United States and tore apart homes and families. The powerful storm blew through the states and created tons of flooding and devastation. However, right before the storm approached, one man heard a tiny cry coming out from the distance. He was shocked when he discovered a shy little animal that was in need of saving! 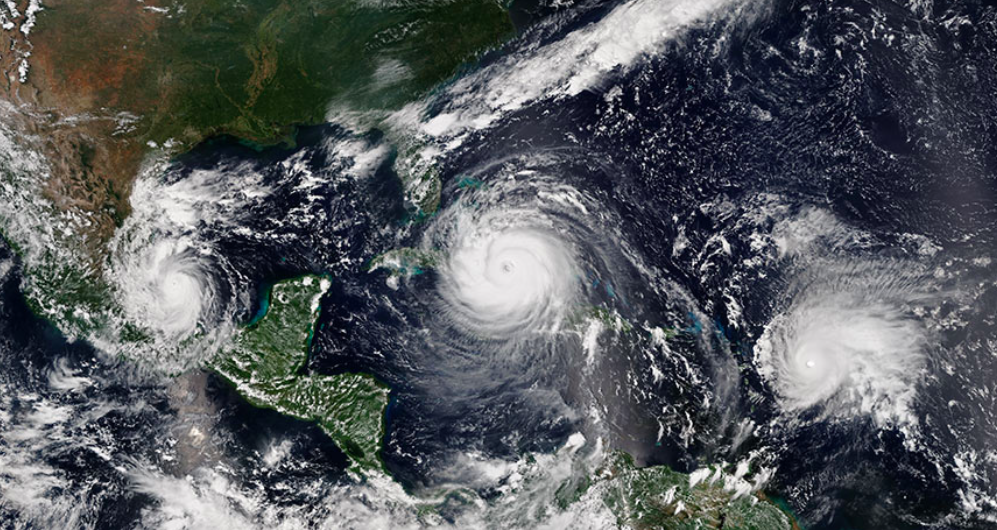 Hurricane Florence was an incredibly powerful storm that ripped through North and South Carolina. At its highest peak, the winds of the storm reached 140 mph! It was a devastating storm for many. 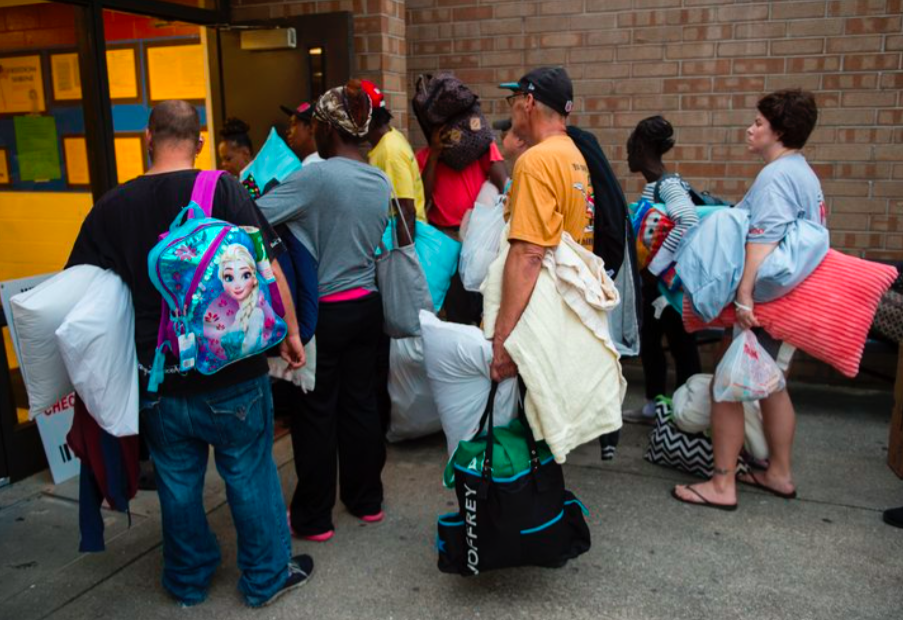 As the hurricane started to progress closer and closer to the states, it became obvious that mandatory evacuations would need to take place. Evacuations would help save people’s lives and keep them from being stranded in flooded areas. 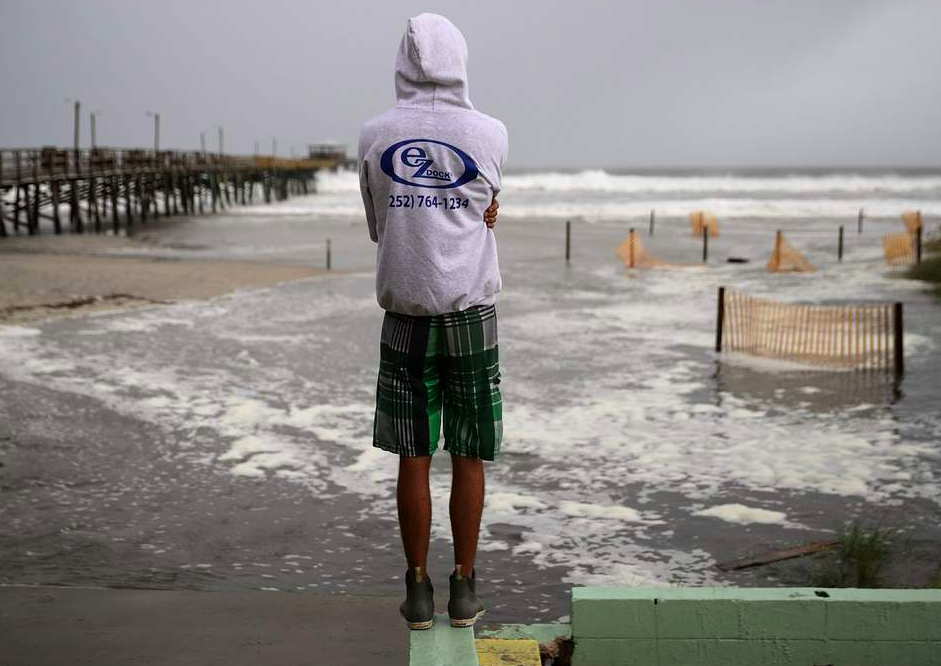 There were around 1 million people that faced evacuations in the wake of the storm. Everyone living along the coastline of the states were told to find somewhere else to stay. While some people heeded the evacuation notice, others didn’t. 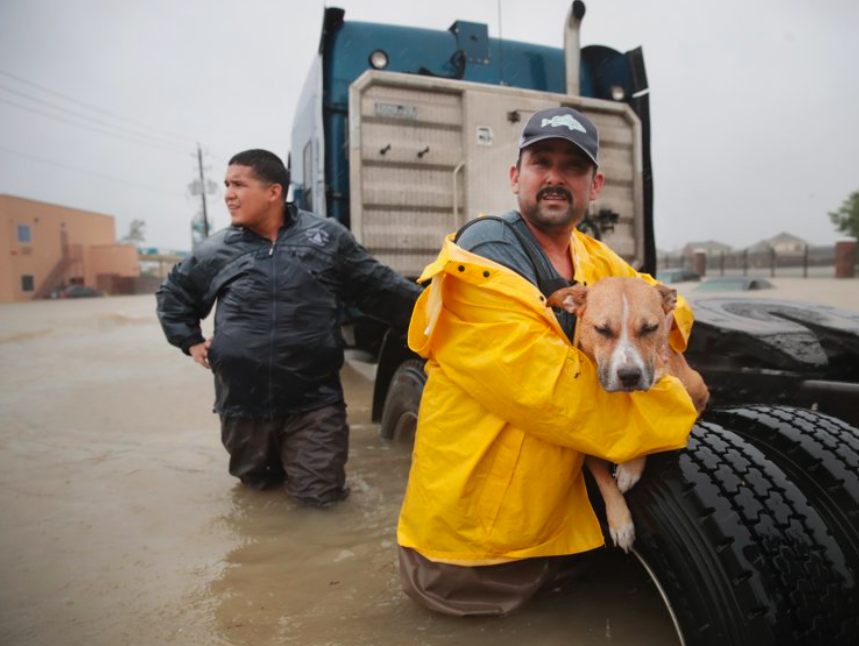 Still, while many people in the area had a say as to whether or not they would choose to evacuate there are some who had absolutely no say. Many abandoned animals on the streets or in shelters would be left behind during the storm. 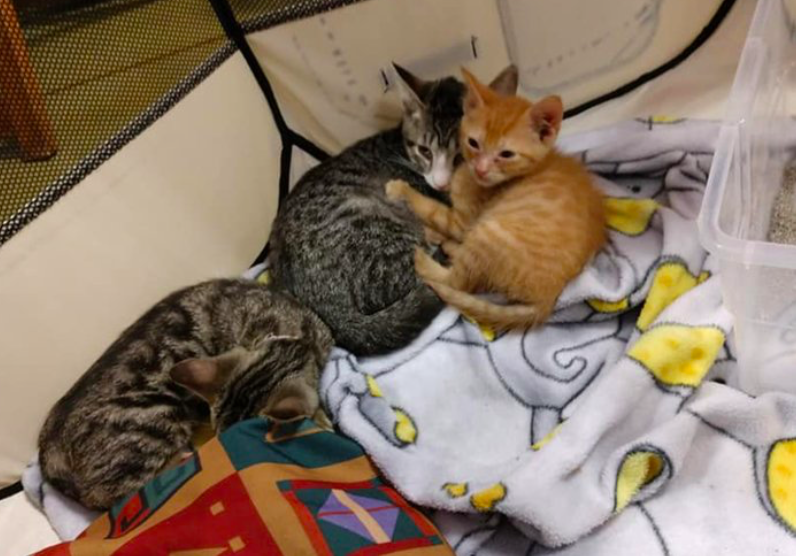 Have you ever wondered what happens to abandoned animals during a natural disasters such as a hurricane? Well, you may be shocked to find out that things don’t always work out in their favor. In fact, many animals such as cats and dogs find it very hard to survive. 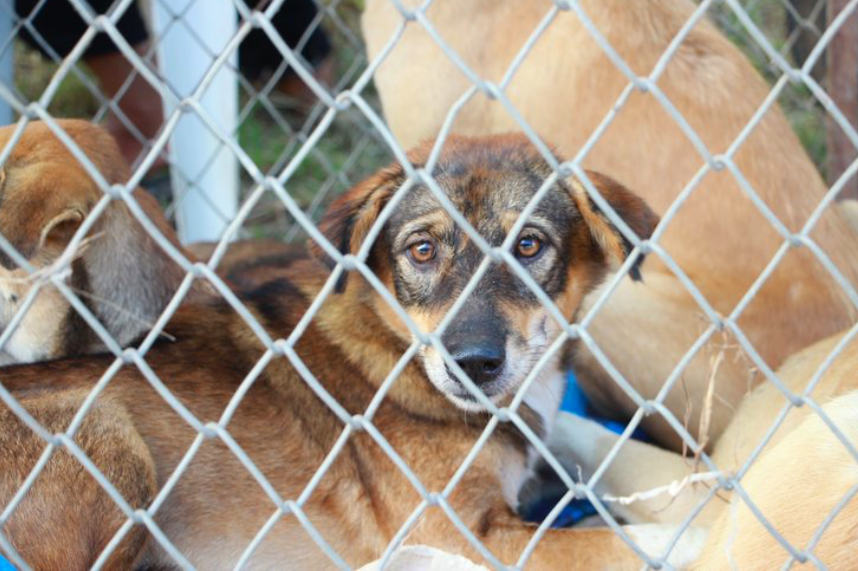 Just as it is hard for humans during a storm, it is also quite hard for animals. While humans are given time to prepare for them, however, cats and dogs are not able to do this. This leaves them struggling to find food sources and shelter during a storm. 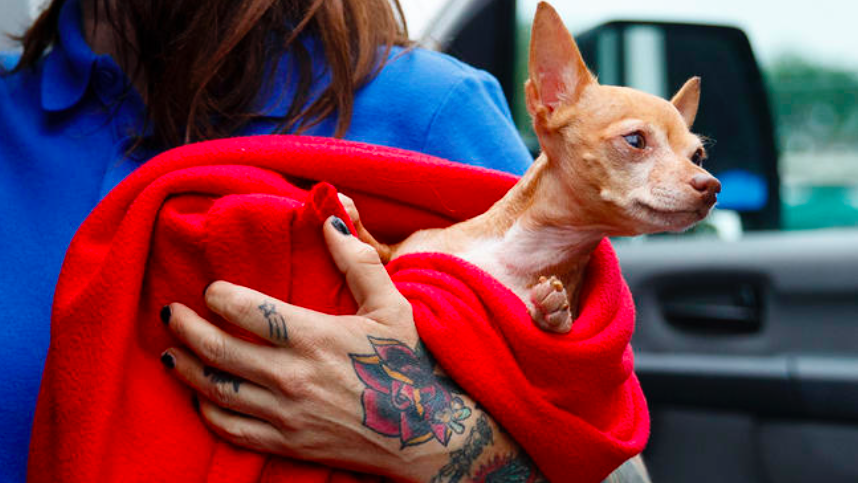 With their food sources minimized and flooding all around, it becomes very hard for animals. Their lives are at risk just as much as ours are. That’s why when you find an animal during a storm like this it is important to help out however you can. 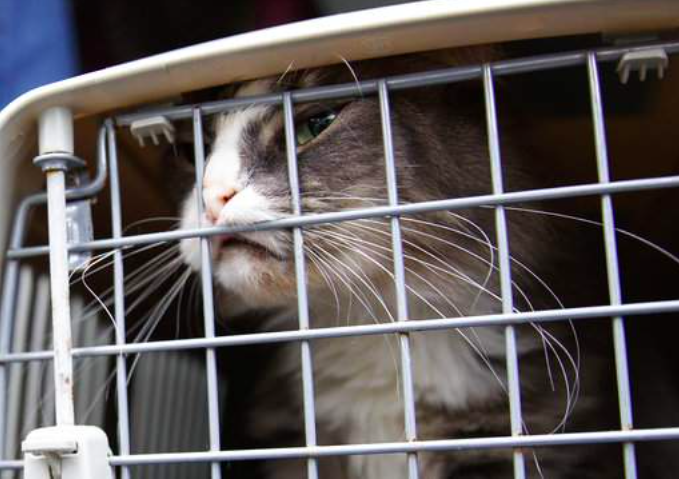 When one man was getting ready to head out of the coastline in the Carolinas, he made such a discovery. As he was helping his friend out with something, he came across a discovery that would soon prompt him to be a hero. So what exactly did he find?! 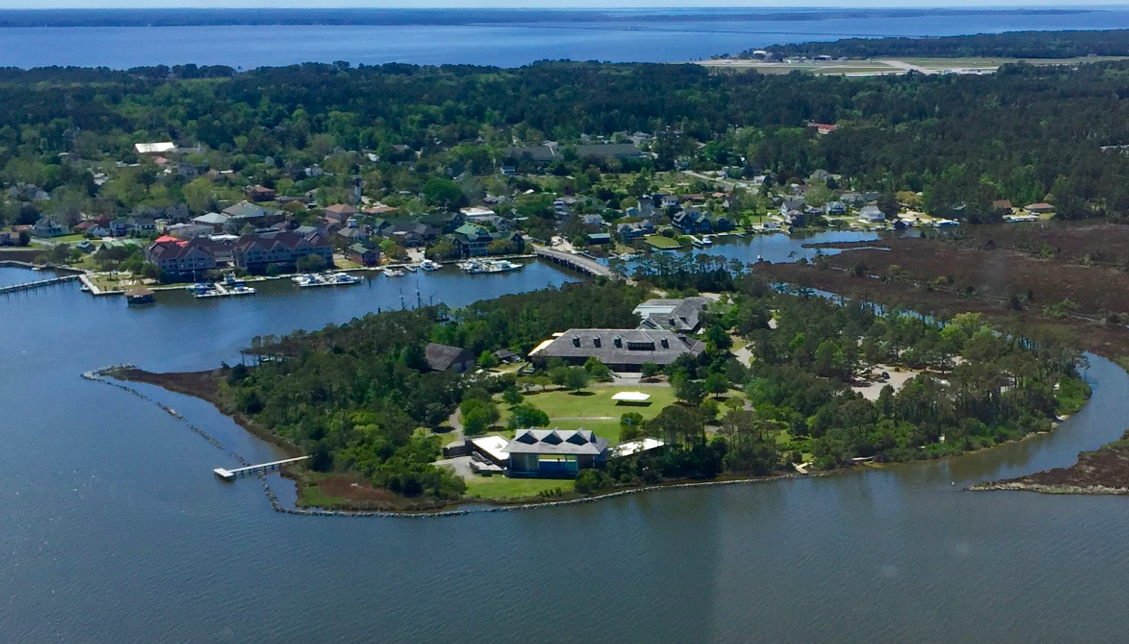 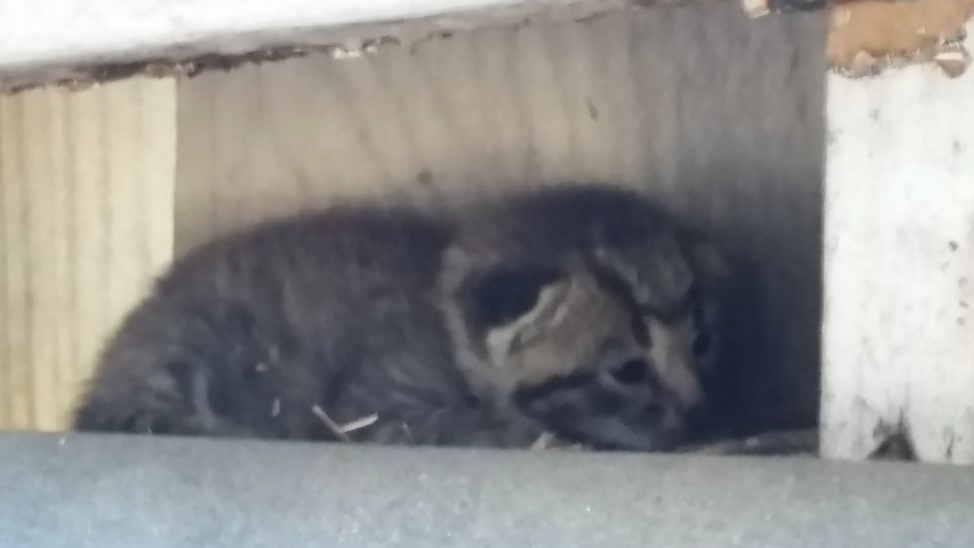 As Newman was helping out his friend, he heard a strange noise in the distance. At first he couldn’t tell what the noise was. However, as he listened more intently, he could tell that it was a soft cry. 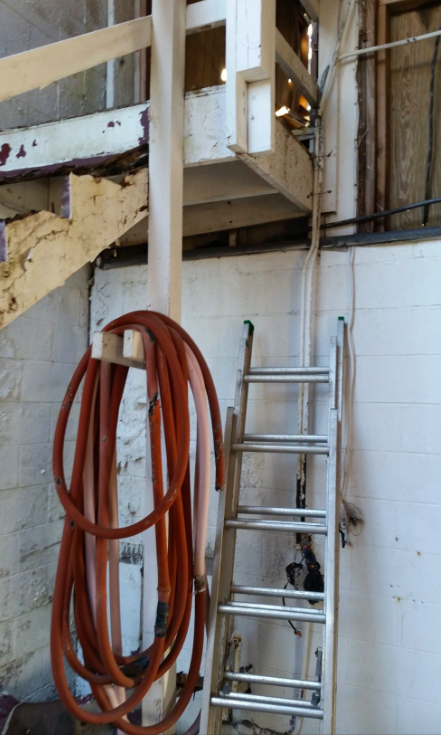 “I took a few steps toward the loud screams and could tell they were coming from an old dilapidated building close by,” Newman told Love Meow. Newman’s curiosity was piqued and so he decided to walk over and see what was making the noise. He was shocked by what he found! 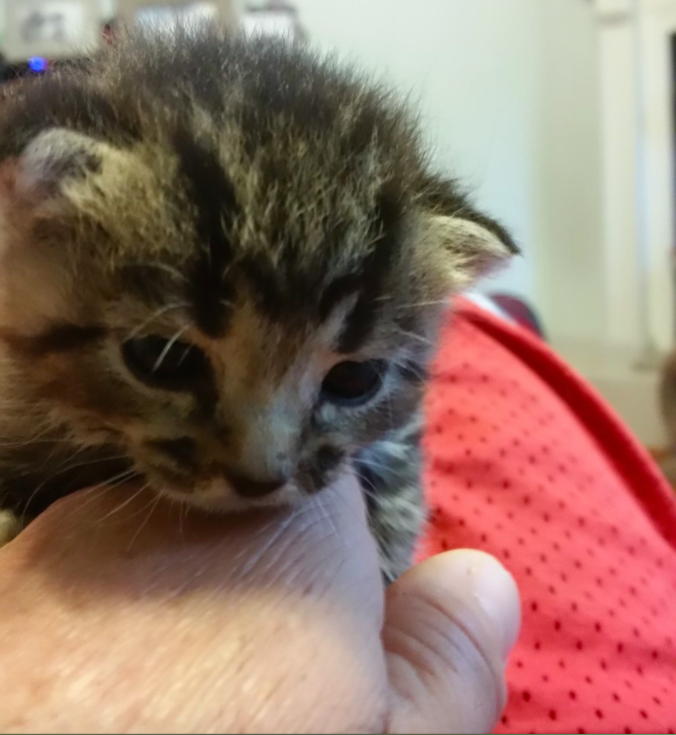 As Newman walked over, he quickly discovered that the noises were coming from a tiny kitten. The kitten was all alone hiding between some boards. “The kitten saw me and was screaming louder.” 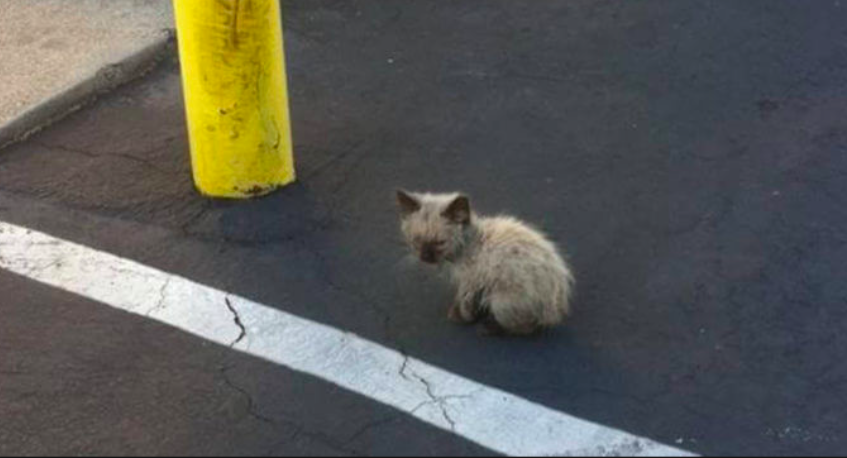 Newman began to look around for more kittens or a mama cat and trying to see if there were any others hiding around as well. However, he didn’t find any others. There was only the tiny crying kitten and Newman knew he had to get her to safety! 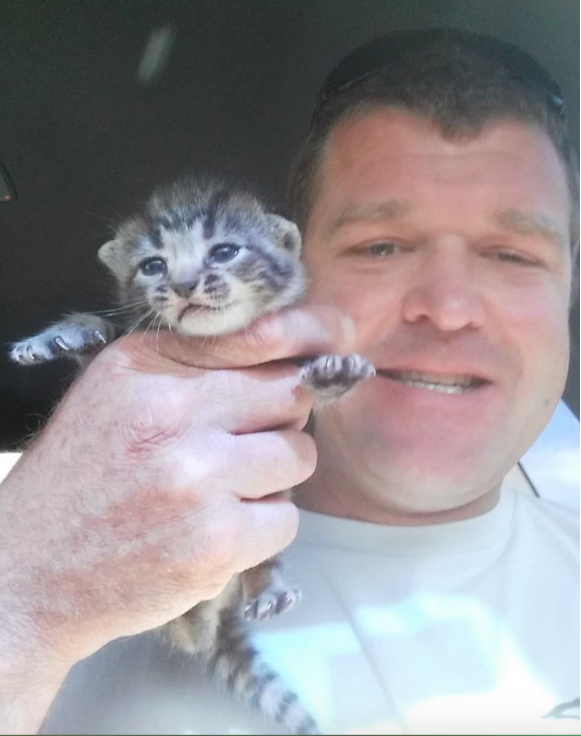 “I just couldn’t leave the kitten there, especially with the approaching Hurricane Florence,” he added. So Newman scooped up the tiny kitten and decided to bring her over to the vet. At the vet’s office they discovered that the kitten was only three weeks old! 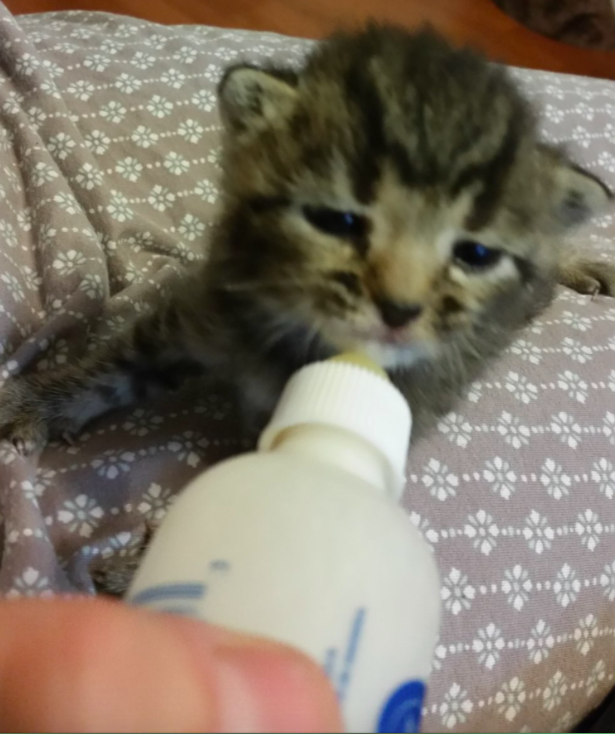 Since the kitten was so young, she was still in need of extra care and attention. This meant that she would have to be bottle fed. Newman decided to take on the task and foster the kitten in the meantime until the storm was over and he could find her a permanent home. 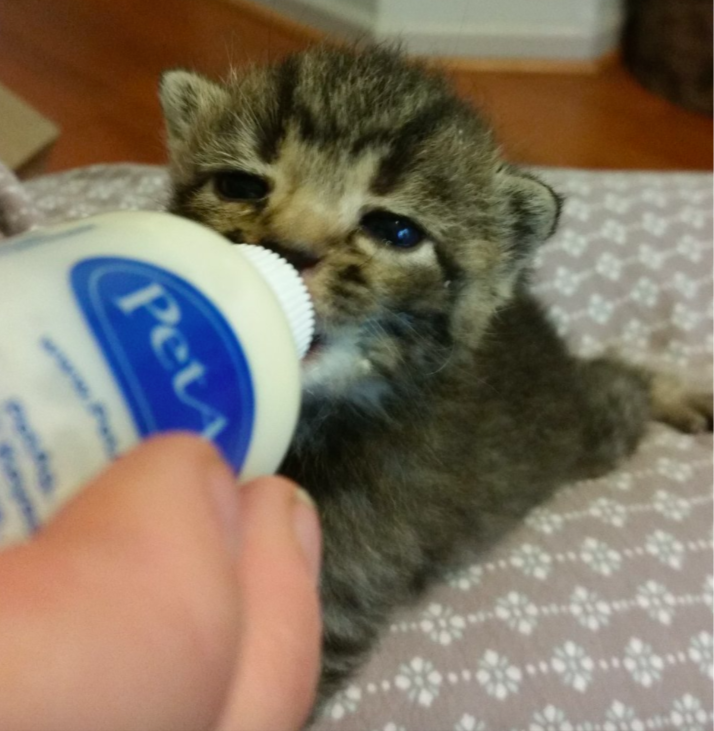 “I’ve decided to foster her at least until the hurricane is over but she may be part of our rescue cat family,” Newman told Love Meow. The sweet tabby is now safe at Newman’s house where he is caring for her. There the kitten has the comfort of Newman’s wife and two other cats, Bridger and Grouper. 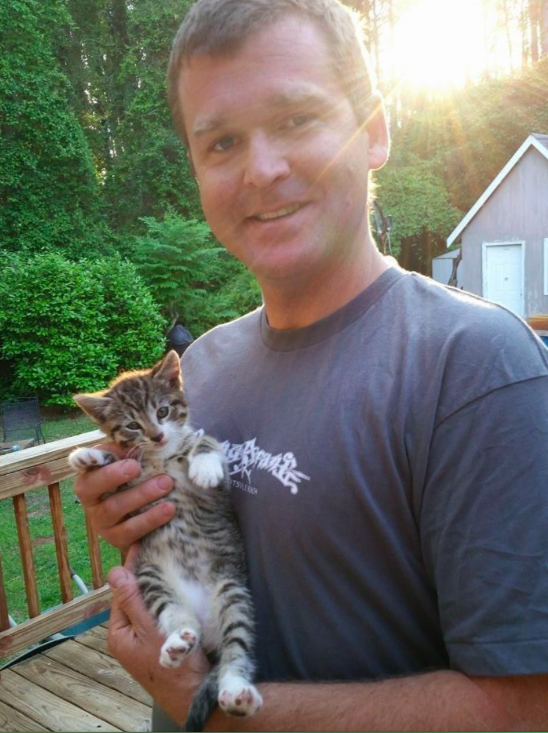 Newman and his wife then decided to come up with the perfect name for the little kitten! “We have named the kitten Florence after the hurricane,” Newman stated. They felt that the name fit perfectly. 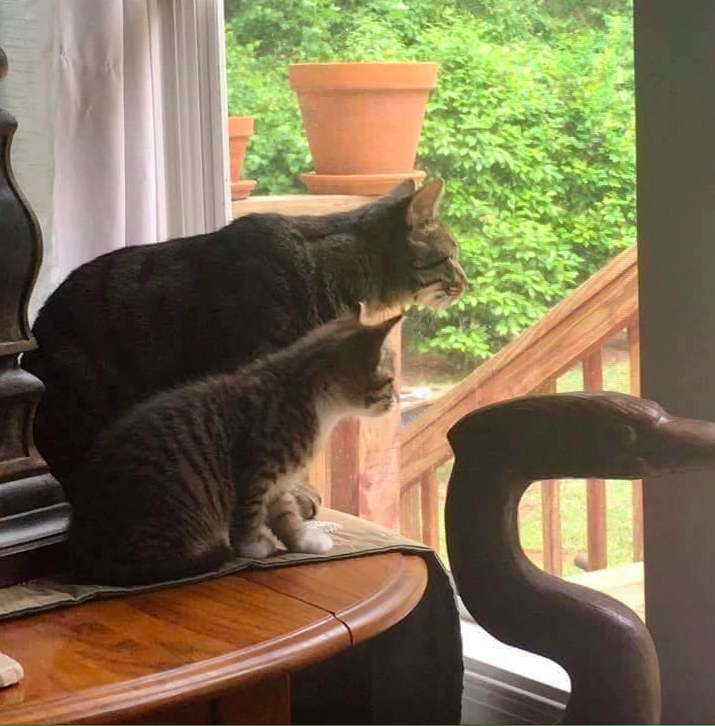 Newman has reported that Florence is getting bigger and better each day. She has been eating a ton and is happy in her foster home settings. She is also quite attached to both Newman and his wife. 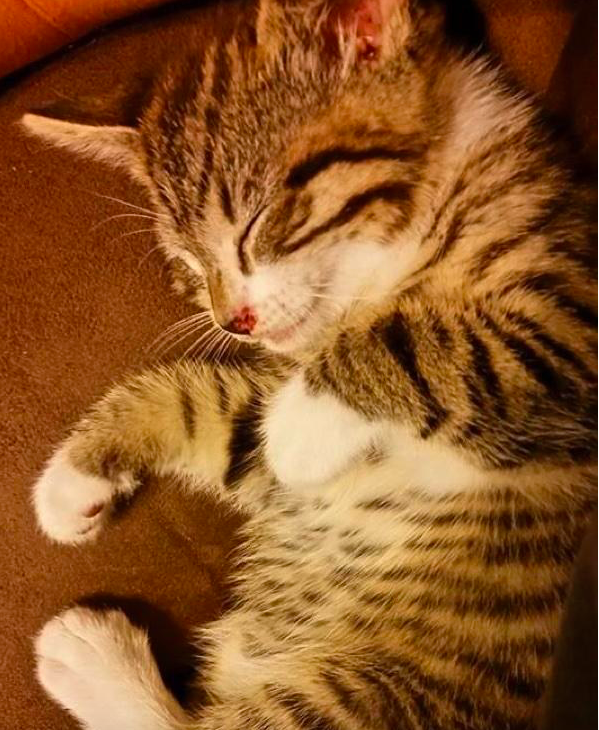 In fact, Florence is so attached that she actually clings to Newman and his wife after each meal that she has. She loves to be cuddled and she is so grateful to be in a loving and secure home. Florence is quite the lucky cat! 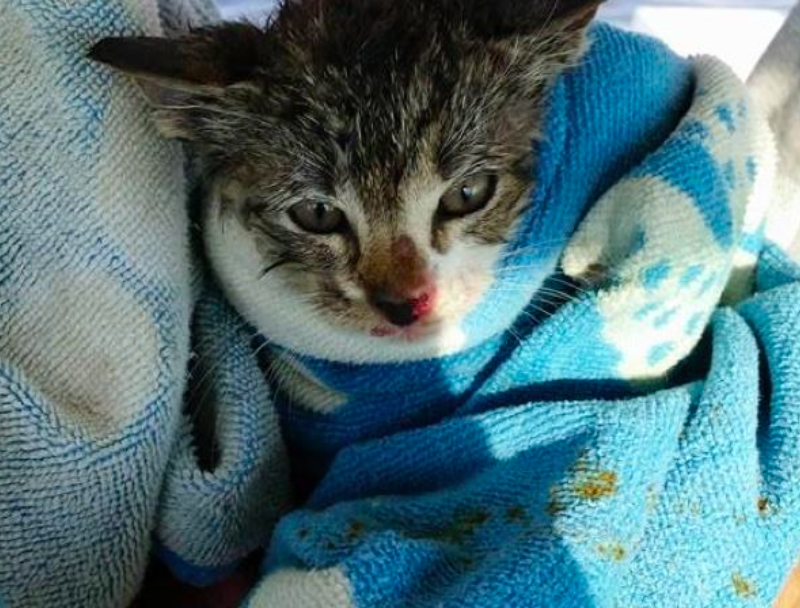 Newman is a true hero for rescuing the life of little Florence. If Newman hadn’t heard her cries, the chances of Florence surviving would be quite slim. Now she is enjoying her life and doing quite well!