They Rescued A Koala 3 Years Ago. Now She Comes Back With A Rare Surprise

This little koala was rescued when she was only six months old. Her mother had abandoned her and she was all alone. Now she’s come back to her rescuers with the most amazing surprise. 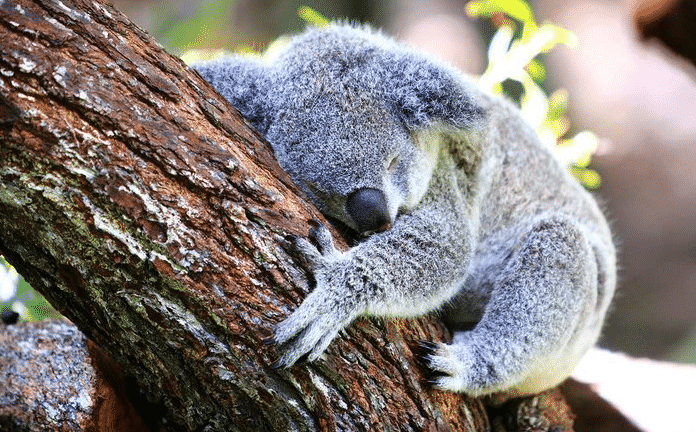 Back in 2013, some people were walking around when they spotted something strange at the base of a tree. As they walked closer they soon realized what it was. They were blown away! 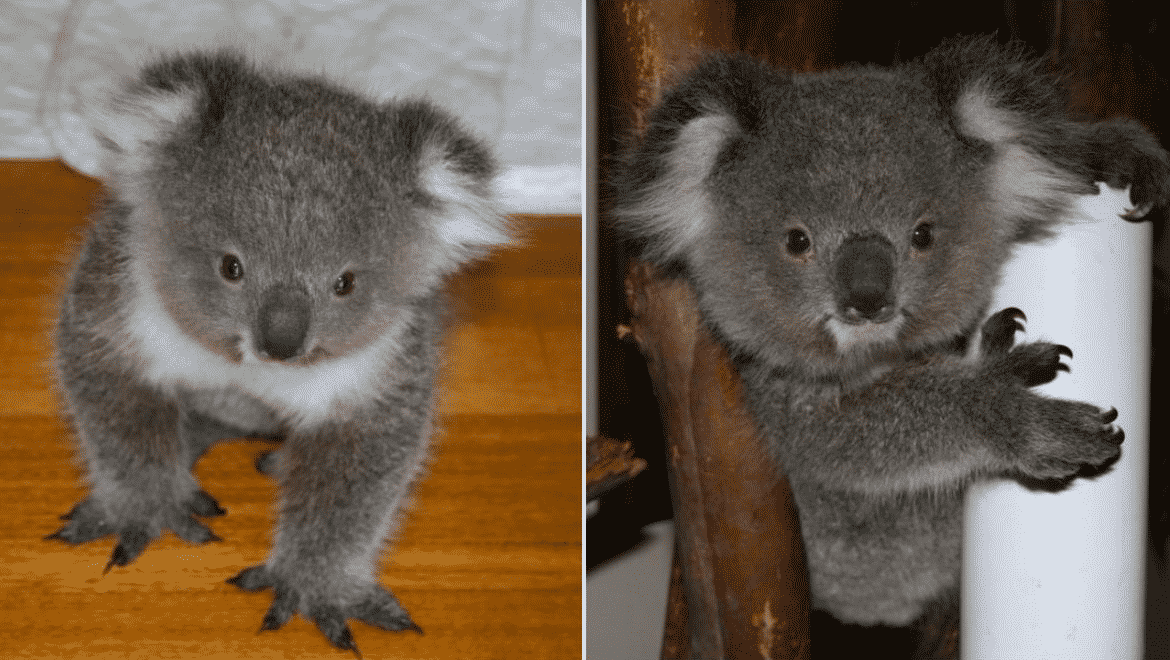 There, at the bottom of the tree, was a tiny baby koala. The baby koala was only 6 months old and had been abandoned by her mother. This was a truly rare occurrence… 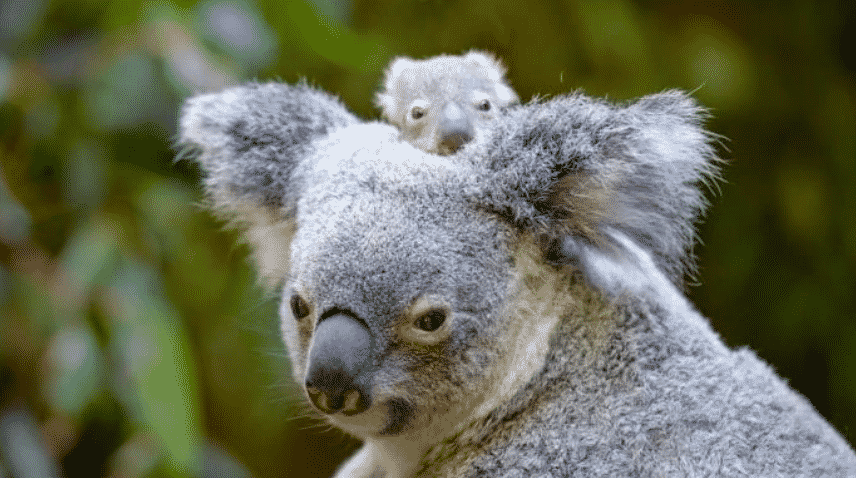 It is incredibly rare for a mother koala to abandon her baby. This is due to the fact that koala’s really only ever have one baby at a time. Being abandoned by their mother is extremely detrimental to a baby koala’s growth. 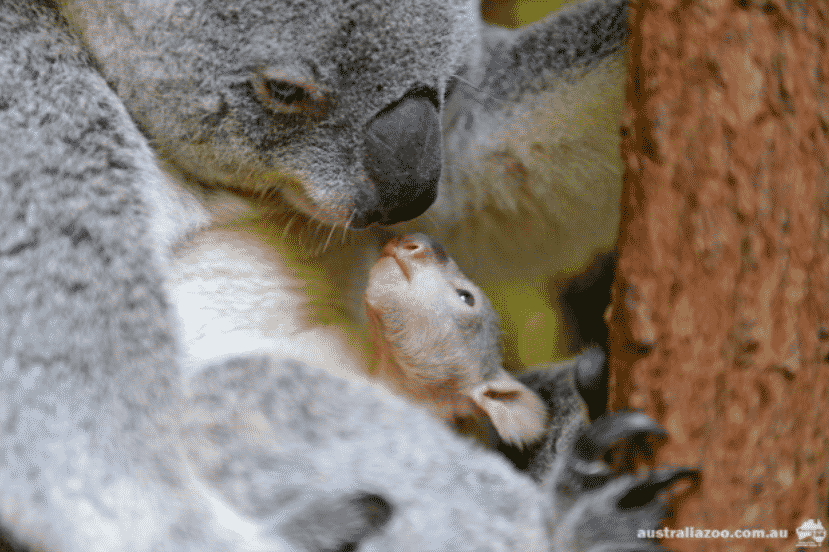 Baby koala’s are extremely dependent on “pap” which is a fecal matter that is produced by their mother. Pap is a huge part of their diet when they are just growing and helps them digest eucalyptus leaves when they become adult koalas. 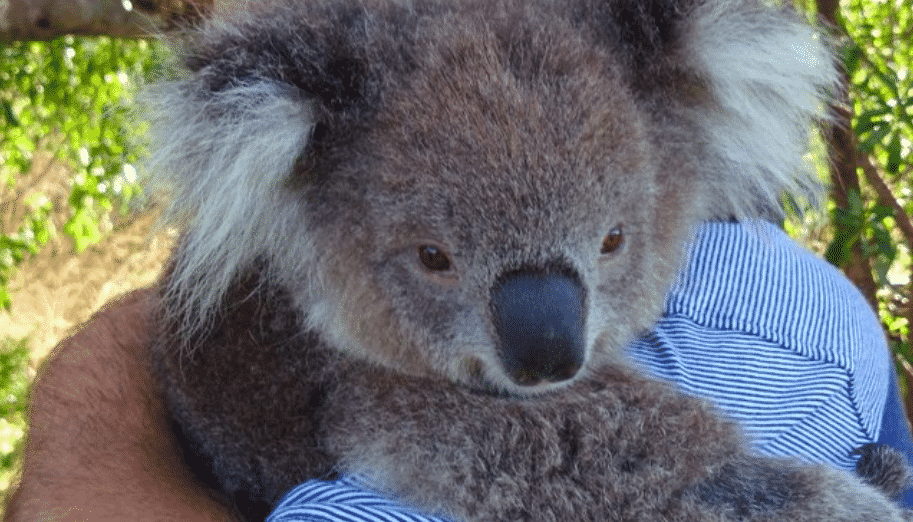 The motherless koala was in need of serious help. So Raymond Island Koala and Wildlife Shelter took her in and began to help in raising her. While there they gave her the name Nell. 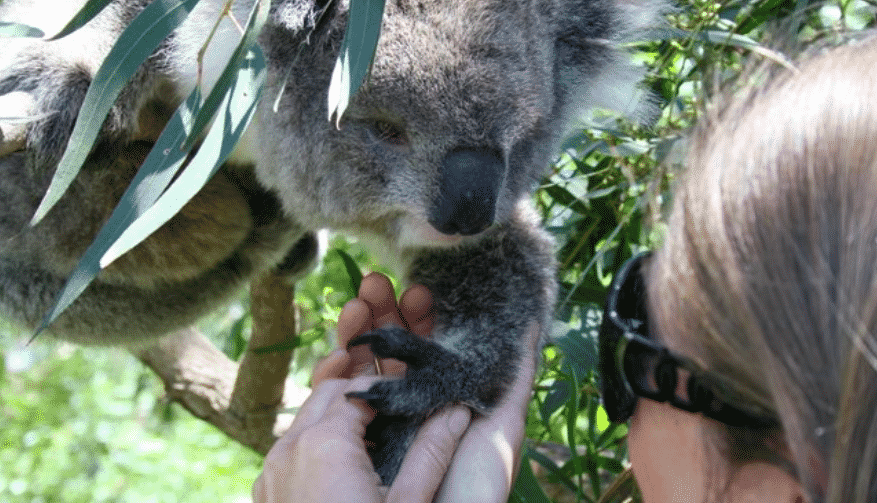 So the wildlife shelter began to take an active role in raising little Nell. For the next few months they fed her and cared for her. All of this went on until she was 18 months old. 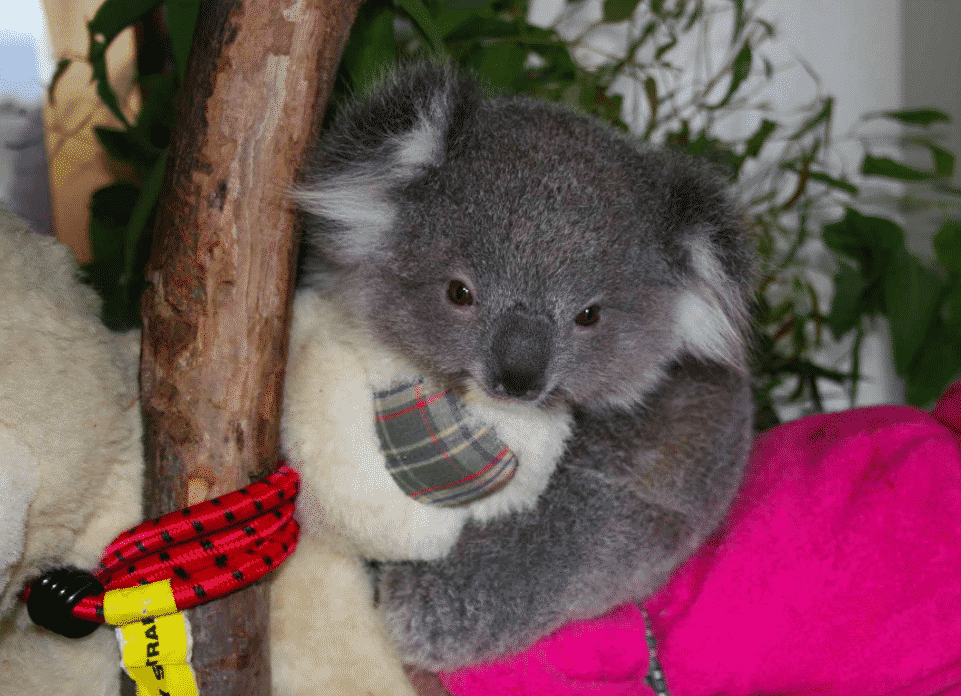 Finally, when Nell reached 18 months she was released into the shelter’s property. That way they could keep an eye on her while she also had the ability to roam around at her own choosing. It was a perfect situation. 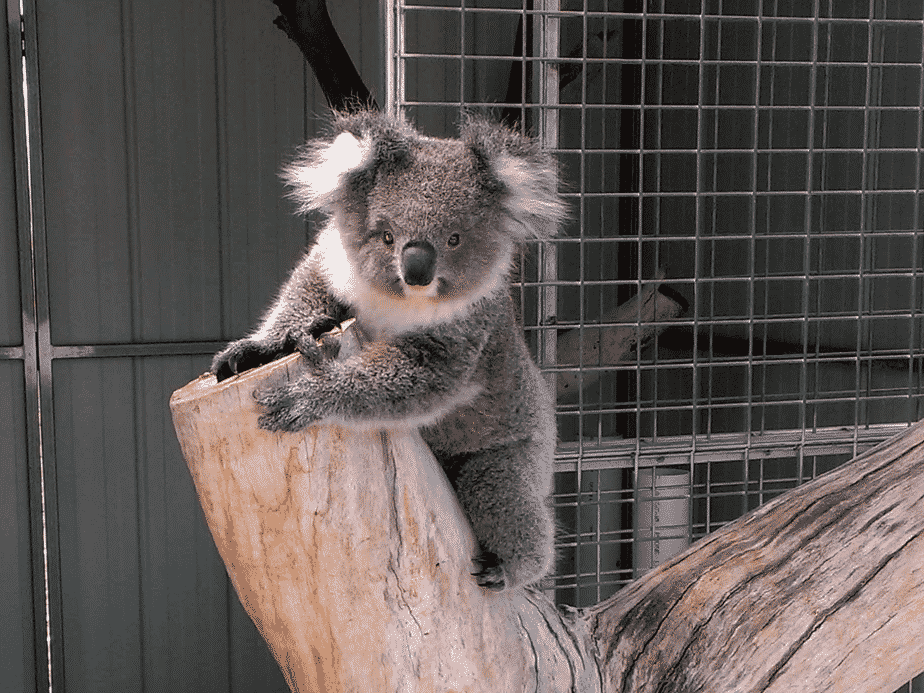 Little Nell, who was no longer so little, absolutely loved being out on the property. “She established her territory here at the shelter which is also our home,” Susie Pulis, of the shelter, told The Dodo. 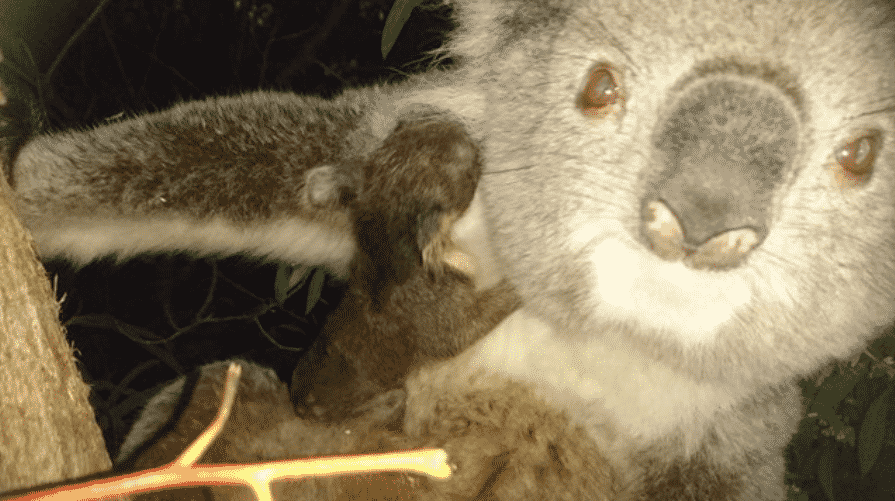 Then, around two years later, Nell returned to the shelter workers with the most unexpected surprise. Nell always stops by to say ‘hi’ to the workers but this time she brought something that shocked them all. So what was it?! 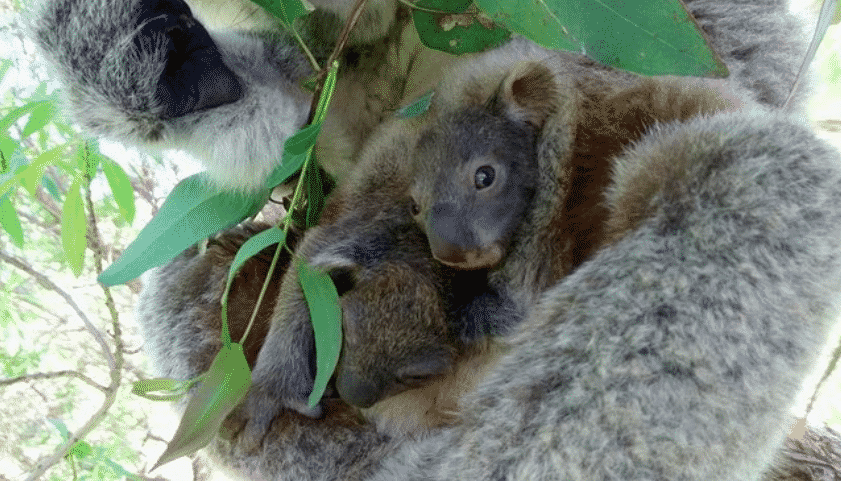 Nell brought with her not one, but two baby koalas. It seems that Nell had given birth to two baby koalas. Something like this happens so rarely that the shelter workers were in absolute shock. 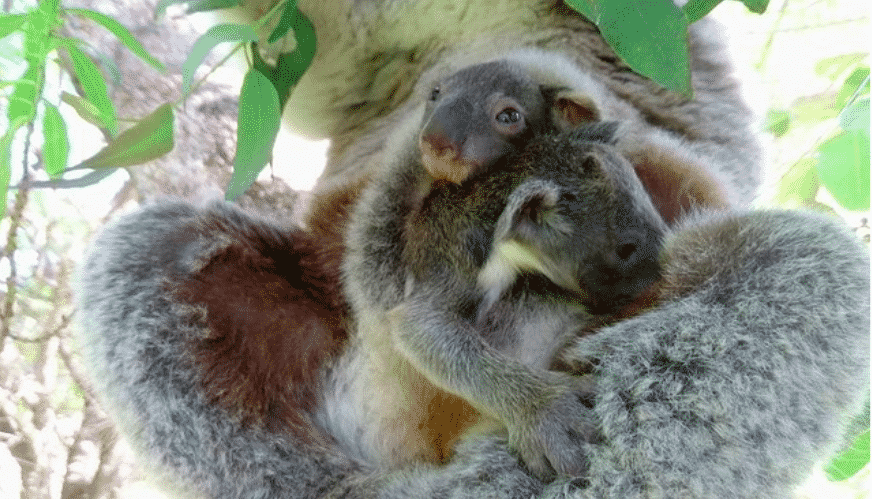 “I discovered Nell was carrying a baby in July, but only discovered she had twins on September 24,” Pulis said. Since this was such a rare occurrence, Pulis immediately got on the phone with the Port Macquarie Koala Hospital to discuss what to do next. 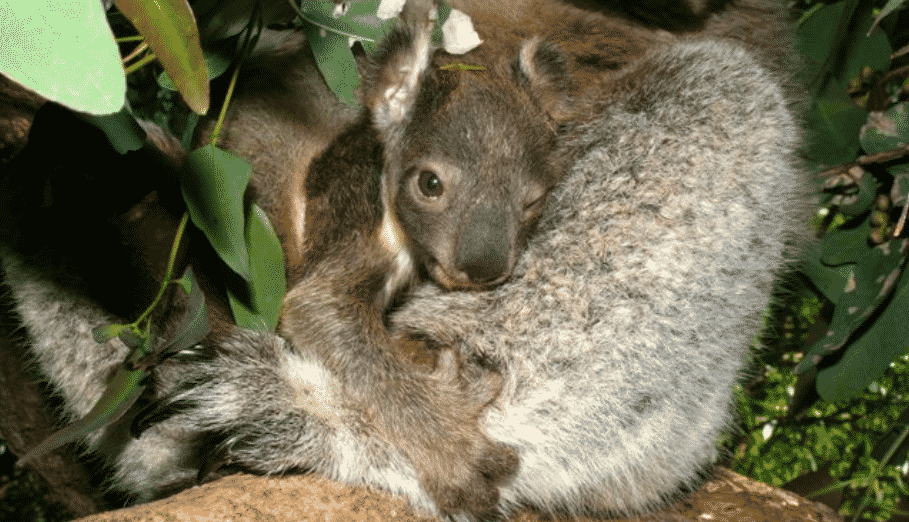 “Koala twins are extremely rare and both don’t normally survive,” she said. Pulis knew that she would need some professional advice on keeping the baby’s alive! 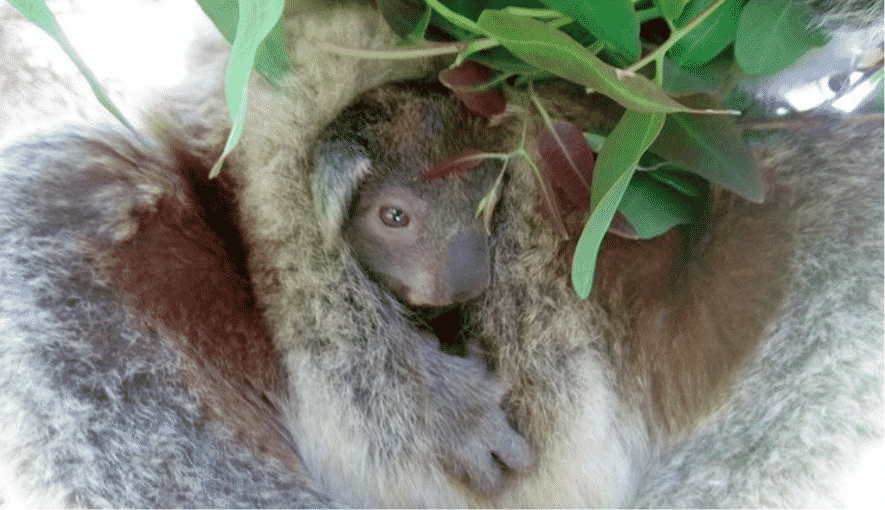 According to the advice Pulis received from the hospital she has been keeping a close eye on both of the babies. The hospital advised that this would be the best way to ensure that the mama and the babies are doing all right. 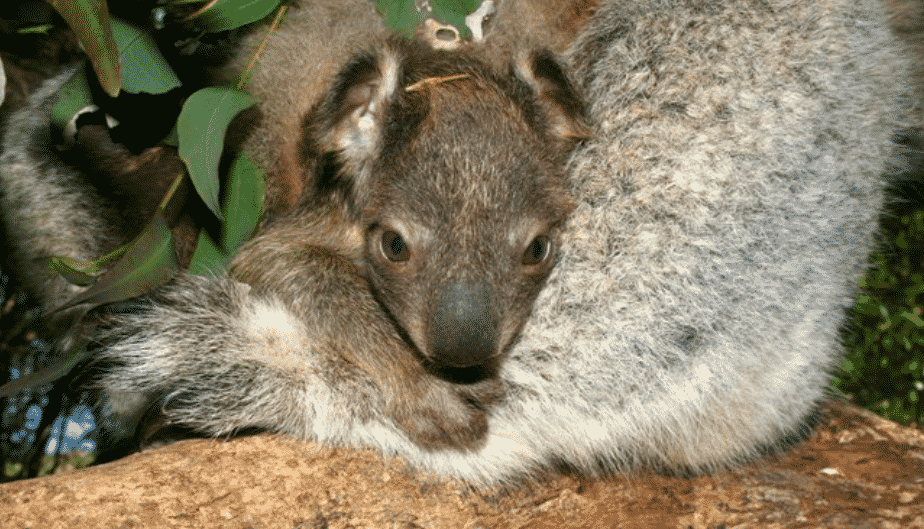 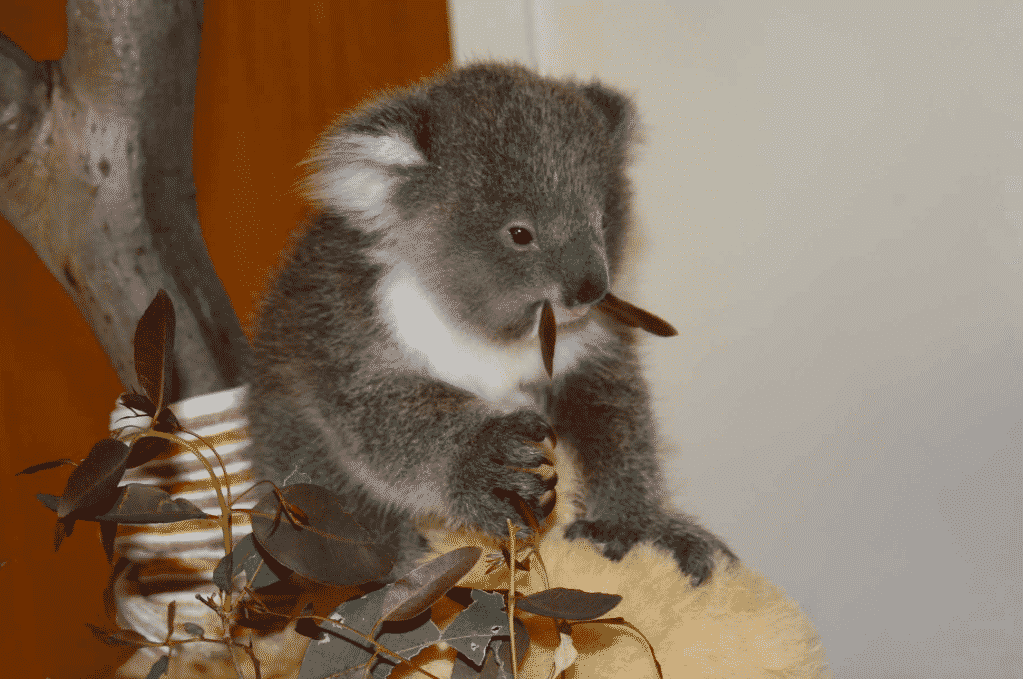 “I also am supplement feeding Nell with an extra leaf so she doesn’t have to use up precious energy climbing around searching for food all the time,” Pulis said. “She is eating well in excellent body condition and so far so good.” 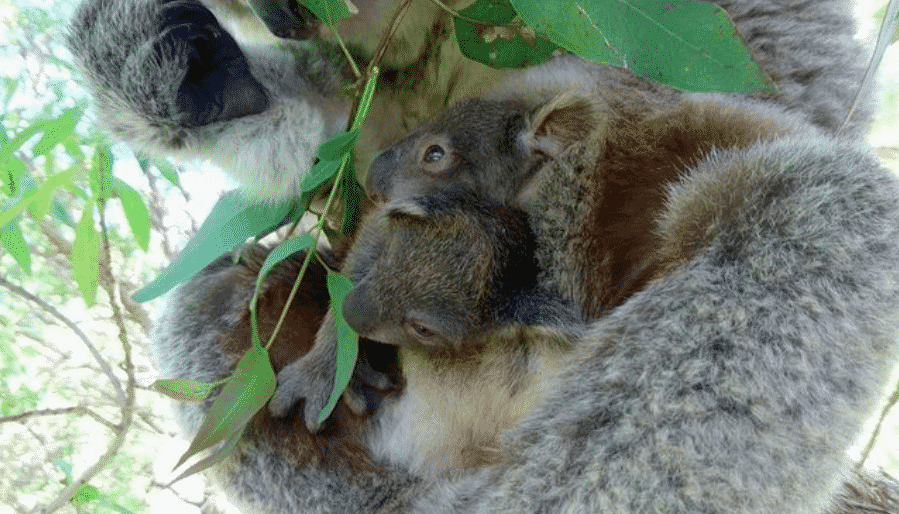 So far, the twins have been growing without a problem. They are now 5 months old. One of them, a boy, has been growing into quite a spirited little koala! 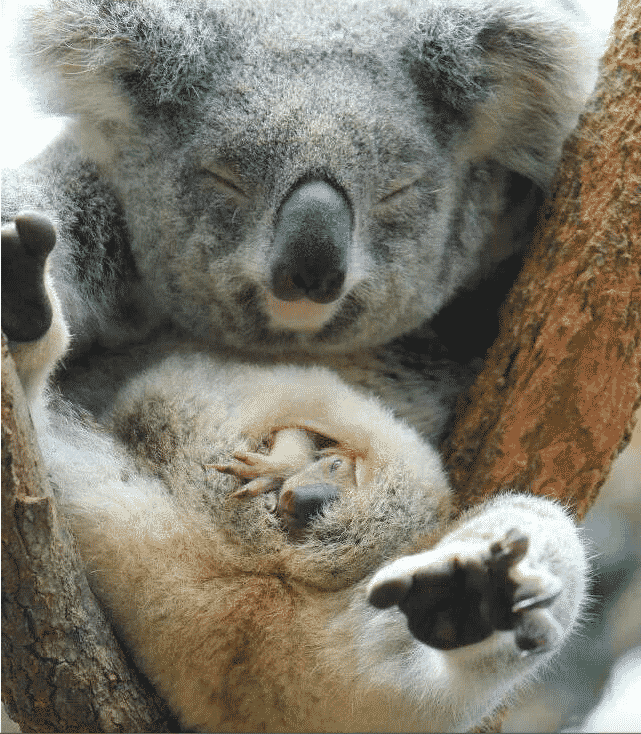 “The little boy is the bold, adventurous one,” Pulis said. “He already climbs out of his mum’s pouch. But the little shy one hasn’t been out yet.” 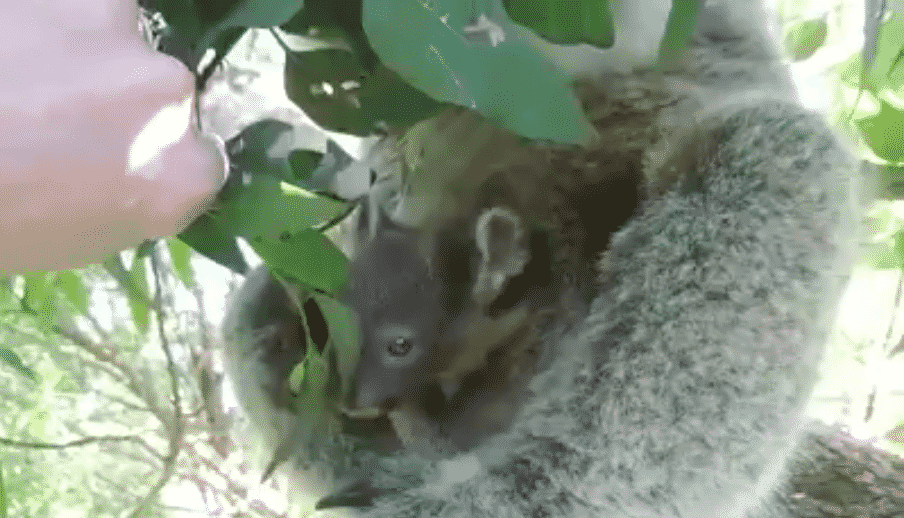 Pulis is incredibly excited to begin sharing tons of photos of the little koala family. After all, it isn’t every day that you see a mama koala with a set of twins! However, they’re still waiting on the other joey to come out of the pouch and introduce itself! 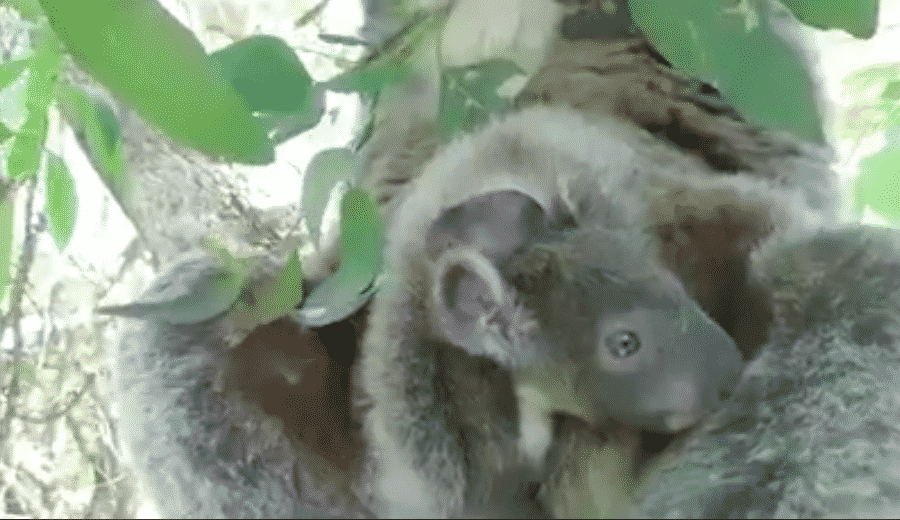 “This is something extremely special you never see,” Pulis said. It is indeed quite a magnificent surprise that Nell dropped on all of the shelter workers. 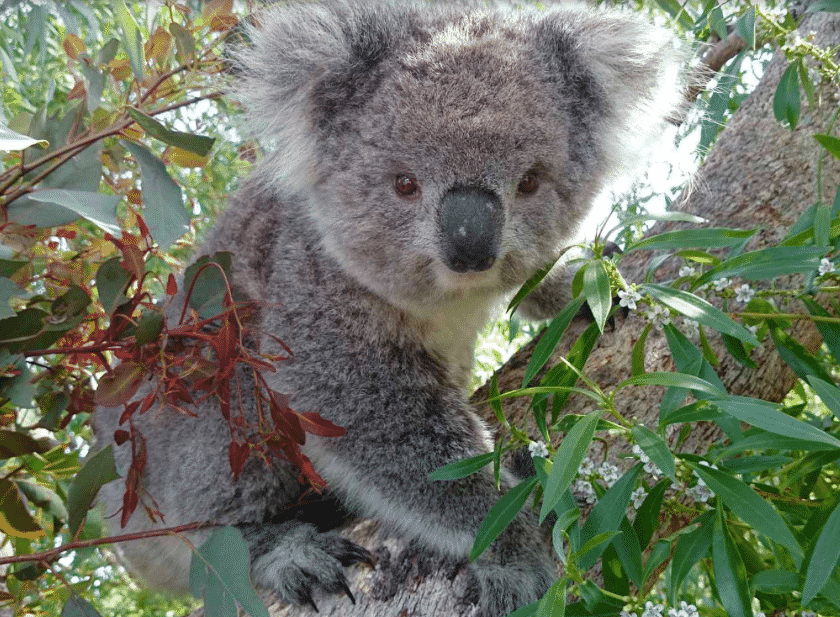 Shelter workers provided Nell with a second chance at life when she was abandoned by her mother. In turn, she brought them a wonderful gift of two adorable baby koalas. What a sweet story!