She Suspiciously Paid For Everything In Cash For Years, Then People Found Out Why 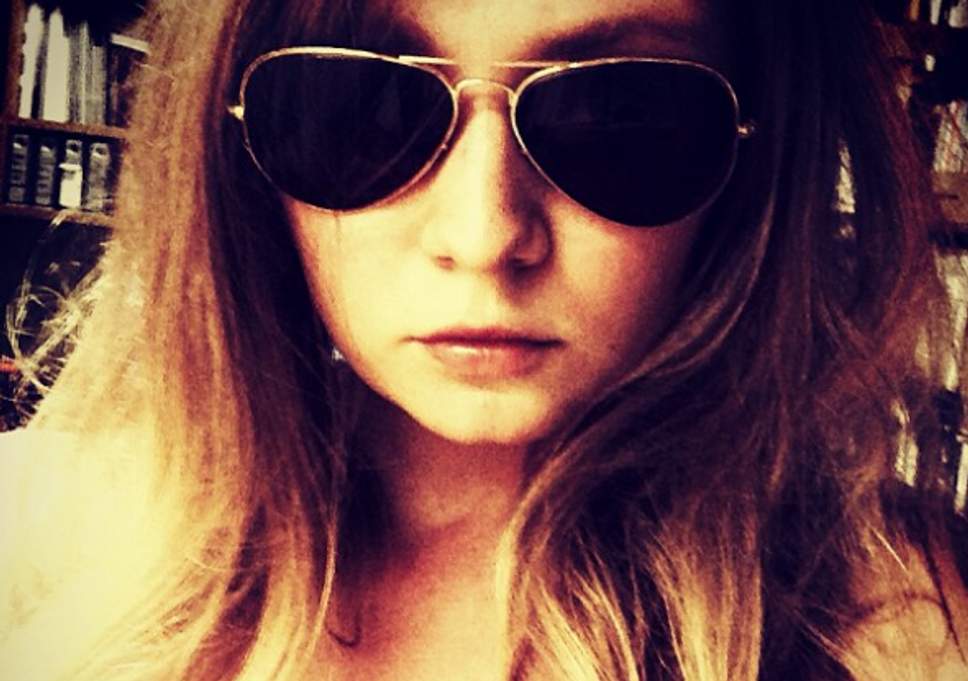 When mysterious Anna Delvey appeared on the New York socialite scene, no one knew who she was or where she came from. Cunning, attractive and with the ability to befriend all of the “it” people in the city, Anna knew where the hottest parties were and how to cultivate relationships with all the right crowds. As word began to spread about the rich and lovely Anna, some began to notice something strange…she only ever paid with cash.

But why? For a woman who seemed to have it all, what could she possibly be hiding? You won’t believe this tale of lies and deceit. The truth is absolutely shocking.

Living A Life on the Go 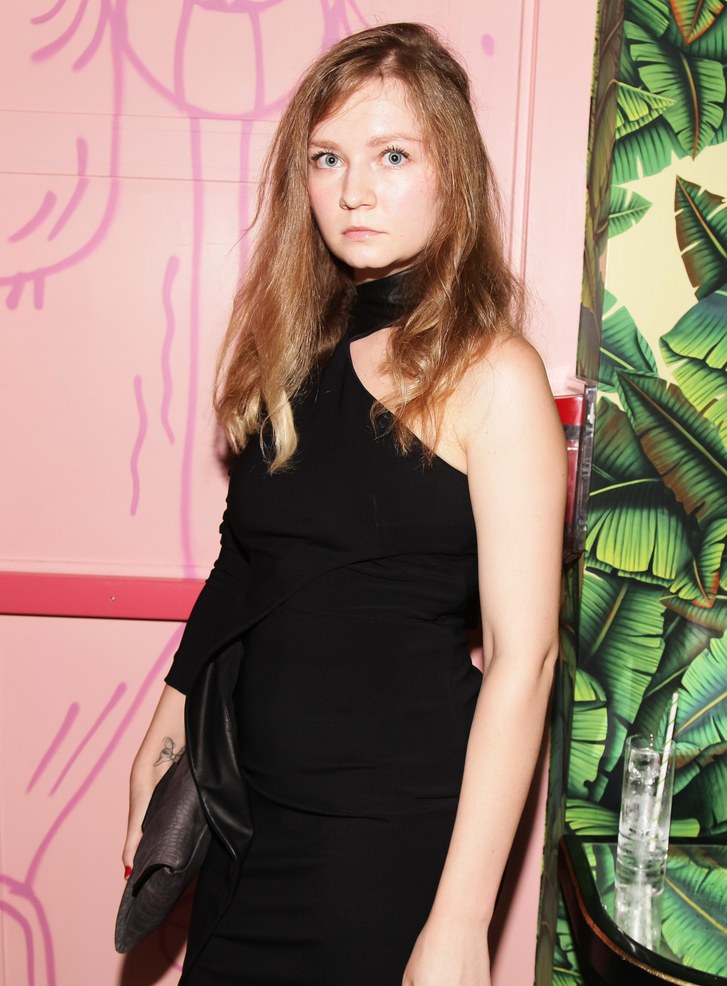 After arriving in New York City, Anna Delvey never stayed in one place for too long. She lived in the most luxurious hotels and would leave the country from time to time only to renew her tourist visa. She would soon settle into a boutique hotel in Soho, where she quickly began to earn quite the reputation. And as a foreign heiress, she knew how to get what she wanted and that was through the power of persuasion and cold, hard cash. 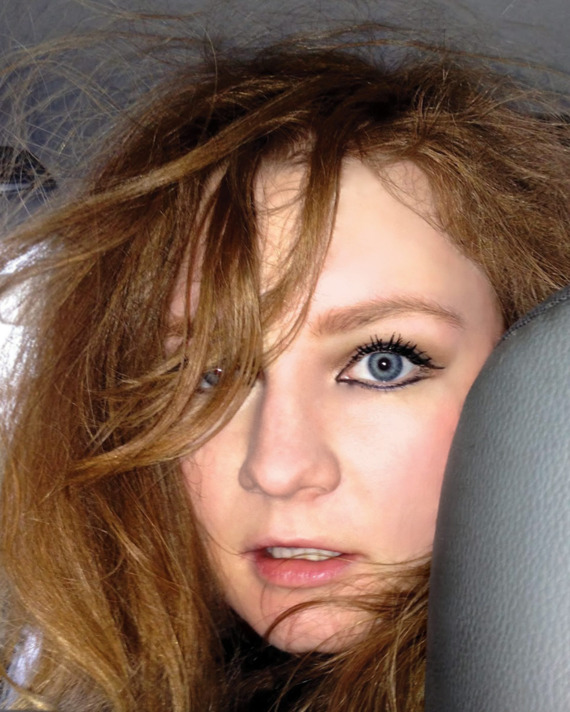 Living the life of a celebrity (despite not being one), Anna soon made a large circle of friends. She also became known at the hotel as the woman who handed out $100 tips for EVERYTHING. Therefore, the hotel staff would fight over who would bring her room service, mail, and packages to her. As time went on, Anna became good friends with a hotel concierge named Neffatari Davis. Intrigued by the socialite, there was something about Anna that made her much more approachable than the other celebrity guests. 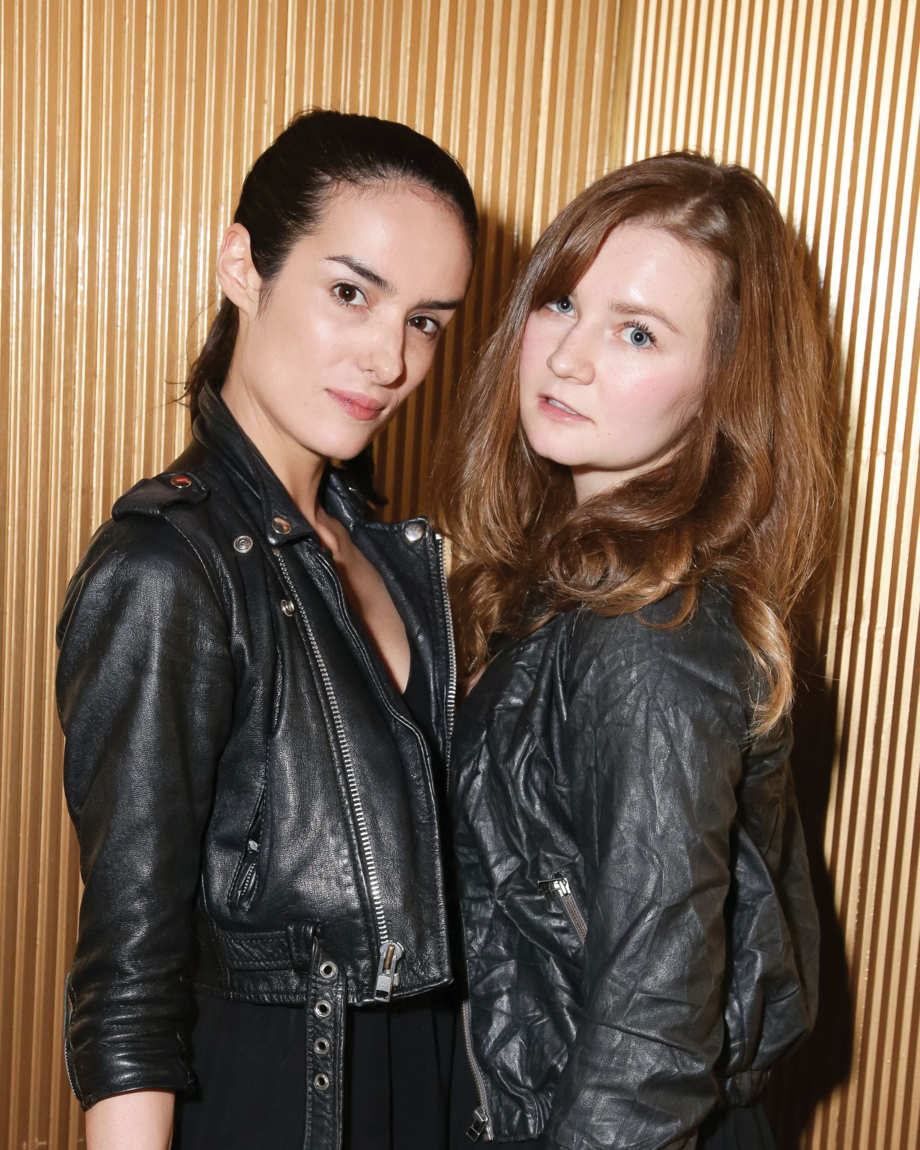 As an aspiring cinematographer, Neffatari made it her mission to become close to Anna who seemed to have connections in almost every industry. Their friendship began to grow, and Anna always asked for recommendations on where to eat and places to go in the city. However, Neffatari began to notice that Anna already knew all these things, so why was she getting close to her? 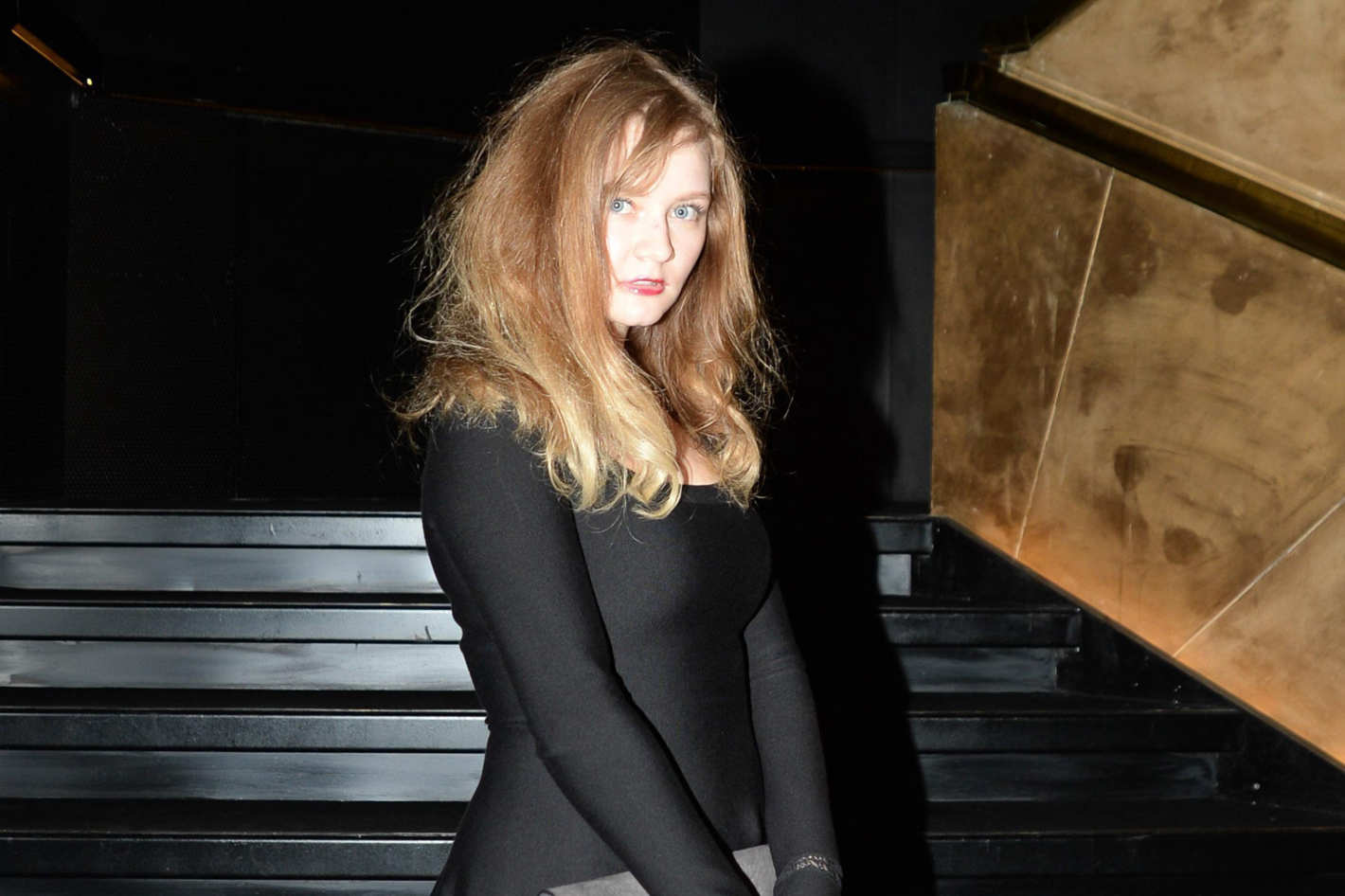 It seemed to Neffatari that Anna simply wanted a friend outside of the lifestyle of the rich and famous. Unfortunately, the poor concierge had no idea that Anna was drawing her in close for more sinister reasons. You won’t believe what Anna was really up to.

Where Did the Money Come From? 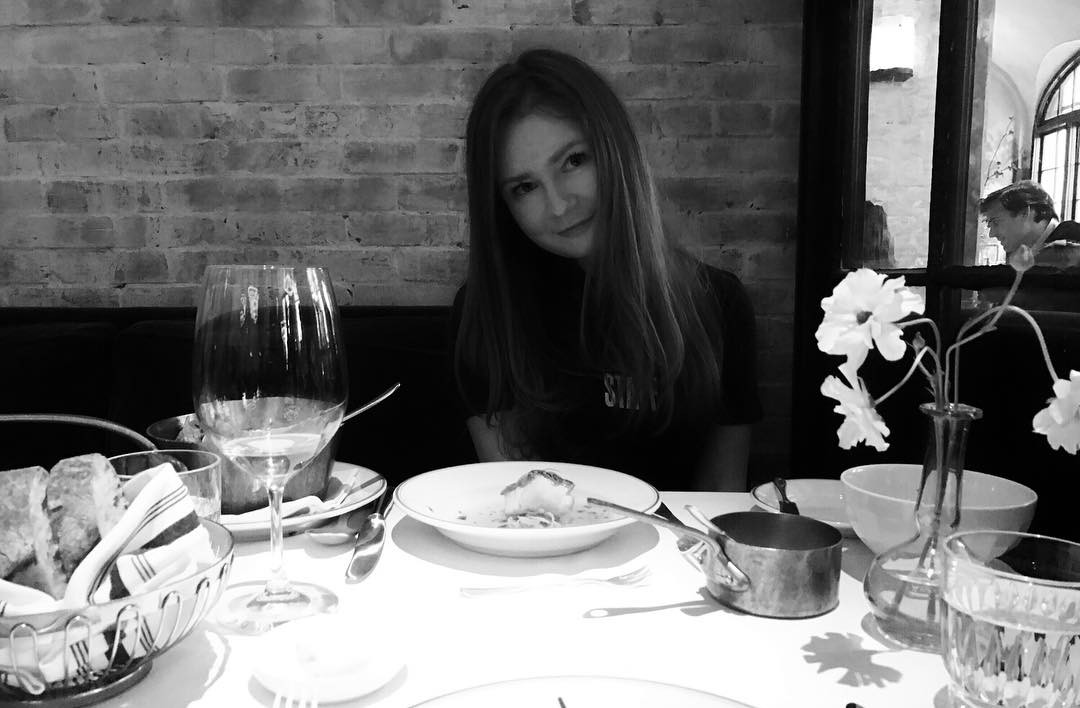 Over time, Anna became known for paying for everything with $100 bills. Whether it be tips, paying for her hotel rooms or treating friends out to a night on the town, it was always with cash and always with $100s. Anna knew money was power in the New York socialite scene and she played the part with finesse.

A Princess on Vacation? 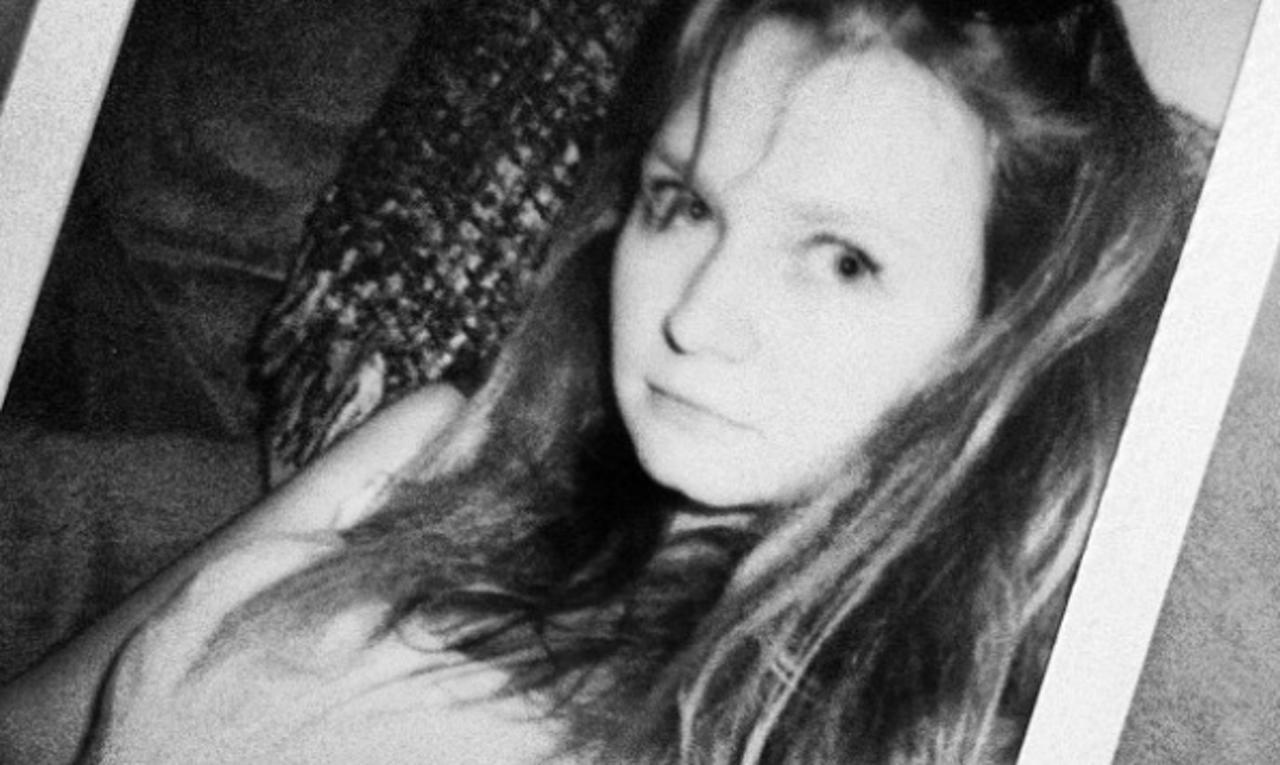 Even though Anna seemed to appear out of nowhere, no one really questioned her rise to stardom in the social scene. With her adorable appearance and European accent, many believed she was the daughter of a wealthy European family or a foreign princess on vacation. 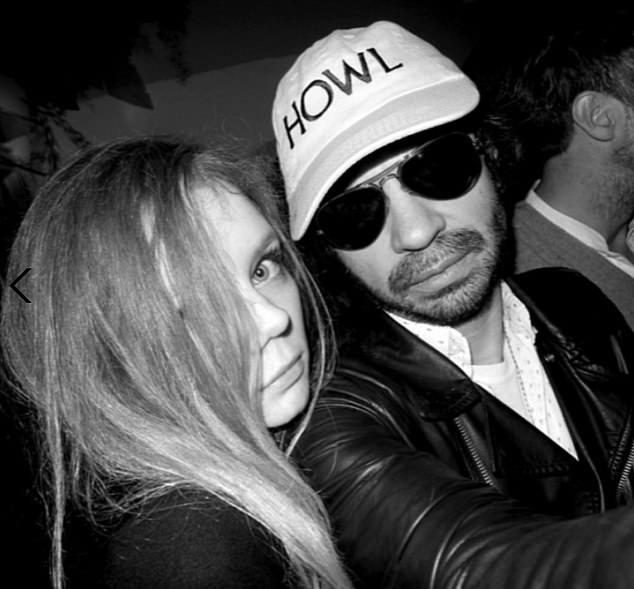 According to Neffatari, Anna created quite the celebrity circle of friends and she would often be invited to the hottest events in town. At one party, Neffatari had the awkward moment of sitting next to actor Macaulay Culkin, something she found to be fascinating and bizarre. It was at these parties that Anna showed off her power of persuasion and how she easily interacted with people. She could make friends with a simple smile and managed to always impress her rich friends with her expensive clothes and private jets. 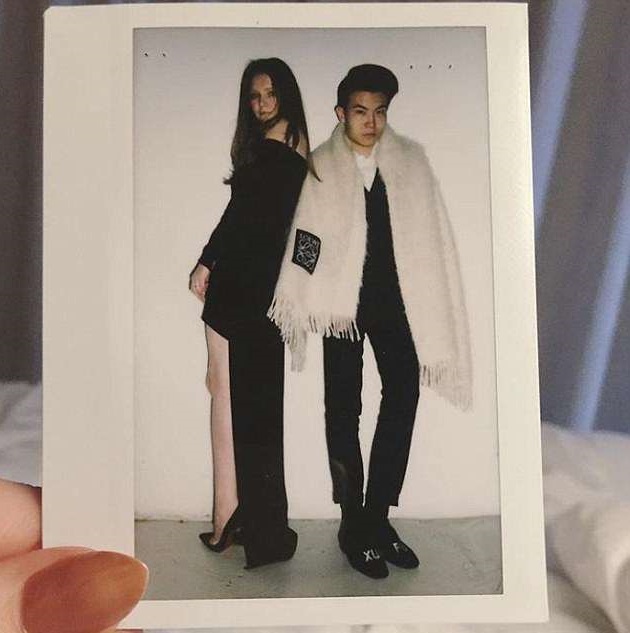 Anna would soon connect with an art collector and museum founder known as Michael Xufu Huang. The two decided to take a trip to Italy, with Anna asking him to pay for the trip and she would happily pay him back. While Michael found the request odd, Anna had always shown she was good for it in terms of finances, so thought nothing of it. However, this would be the first crack in Anna’s elaborate façade. 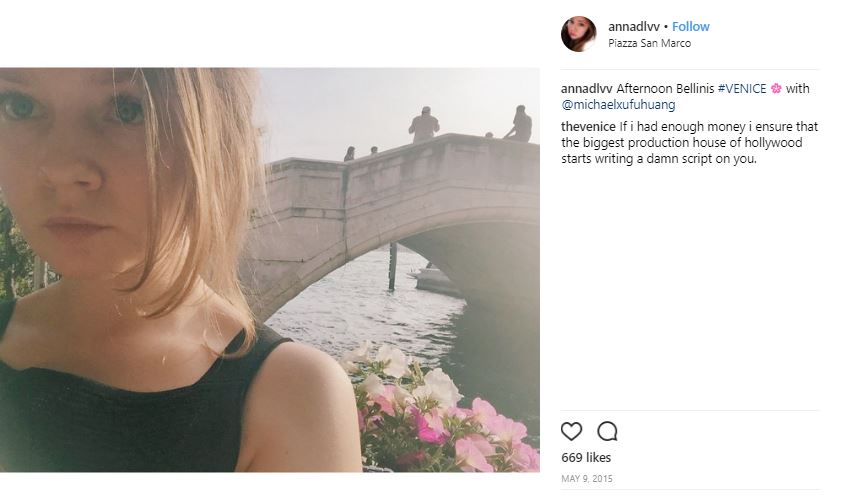 After their trip to Italy, Michael noticed that Anna seemed to have forgotten about the money she owed him. He’d experienced this before with the super-rich, so didn’t think twice of it. However, things took a turn when Anna threw herself a lavish birthday bash, where she invited the rich and famous, as well as hired a PR firm to handle the event. Unfortunately, Anna misjudged her power of manipulation and a few days after the party Michael received a call from the venue revealing she never paid for the party.

Nothing Will Stop Me 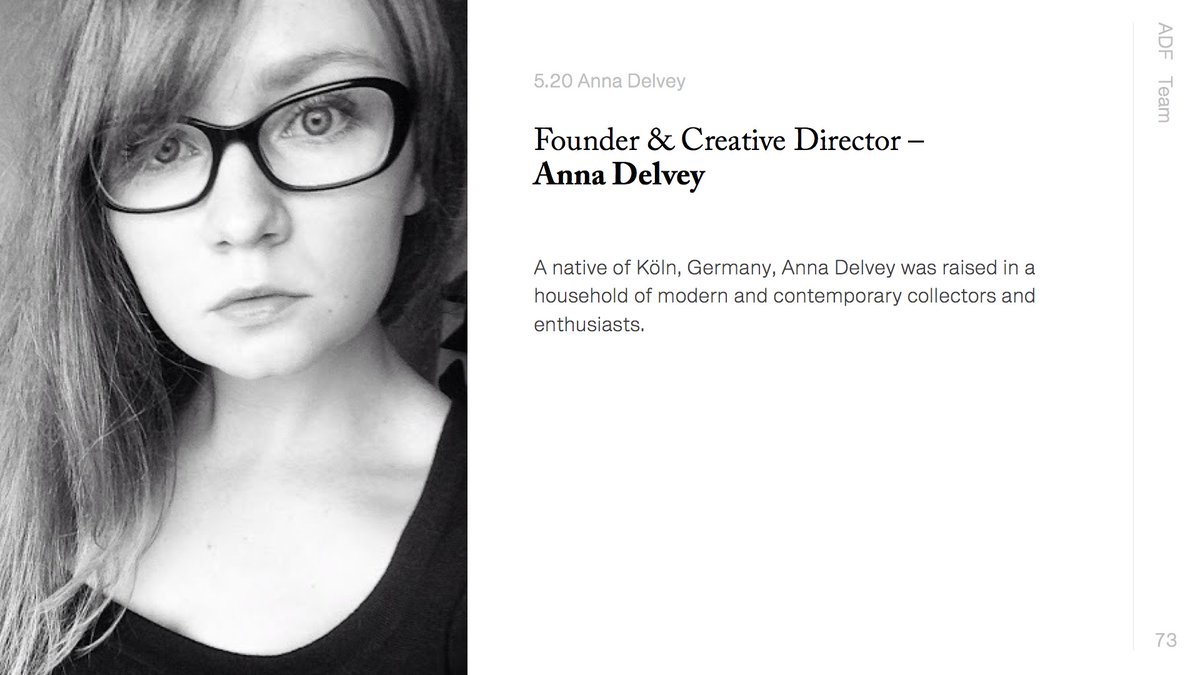 Meanwhile, Anna was on a mission to establish an exclusive club known as The Anna Delvey Foundation. She hired a creative director, Mark Kremers to handle the venture and found the perfect location on Park Avenue. The location would have to be heavily renovated, but thanks to her extensive connections she found people willing to help her. Claiming her assets were all overseas, she hoped to acquire a loan to acquire the property.

But things for Anna were about to take a terrible turn. 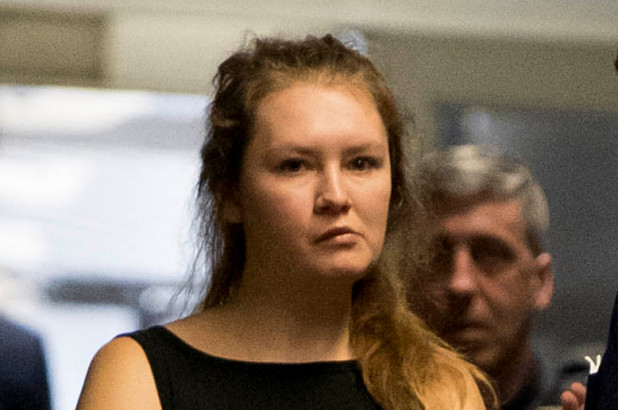 One of the first cash flow problems that came to light was Anna could no longer pay for everything with cash as she once did. Her friend Neffatari witnessed this when she went to dinner with Anna and she tried to pay for it with over 12 different credit cards. Even worse, it became known that Anna had not paid for her extended hotel stay. Due to her social status and her friendship with the hotel’s owner, no one questioned she would pay her bill. However, after months of promises that a hotel transfer was incoming, the hotel had enough. It was time to pay $30,000 or get out. 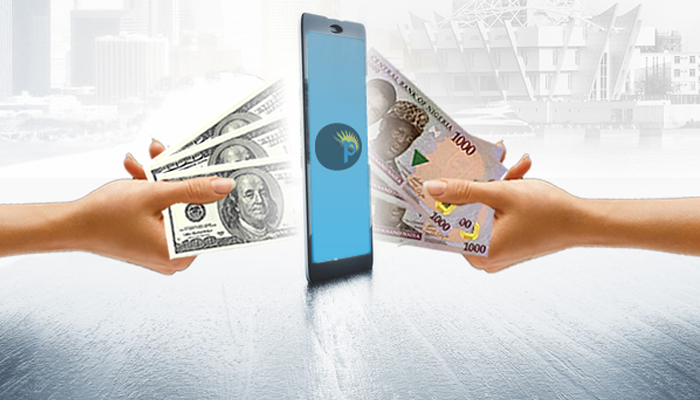 Unexpectedly, the hotel did indeed receive a wire for $30,000 and Anna thought that would satisfy them for the time being. However, the hotel no longer trusted her and demanded a valid credit card to have on file. When Anna failed to provide one, they changed the code to her room and locked her out. Anna was furious, but due to being on vacation in Morocco, she simply threatened the hotel’s reputation. However, when she returned to the United States, Anna received a rude awakening…she was homeless. 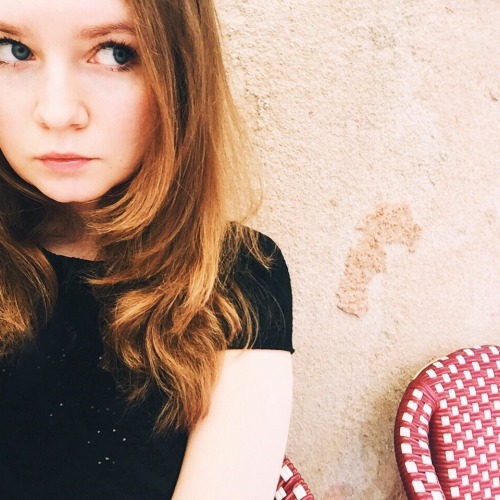 At this point, Anna’s socialite status was quickly plummeting. She couldn’t pay for her expensive hotel in Morocco, and the bill of $62,000 was forced on a friend. When her personal trainer, Rachel Williams discovered this she was furious. She had let Anna stay with her while she was homeless, but now she wanted her OUT. Who did this woman think she was? Rachel threw Anna out on the street. She had realized that she along with many others had been duped by this fraud. 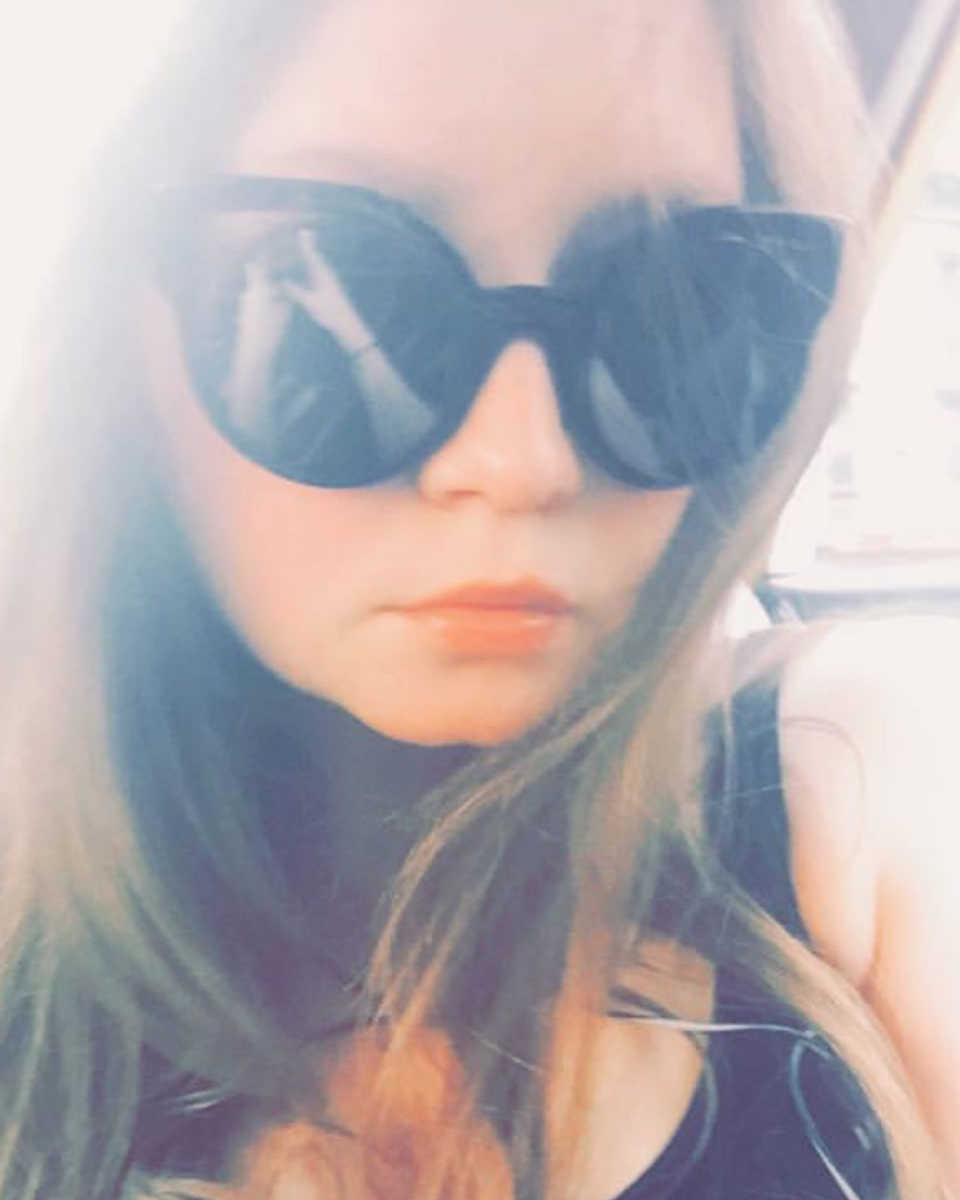 Fed up with Anna, a group of friends and colleagues she owed money to confronted her at a local restaurant. Anna tried to appeal to their good nature, crying and stating she could pay them all back when the sale of her club property went through. However, she was informed the property was no longer available. Anna tried to play it off as “fake news” but the jig was up. People were beginning to realize she wasn’t who she said she was.

Exposed via the Media 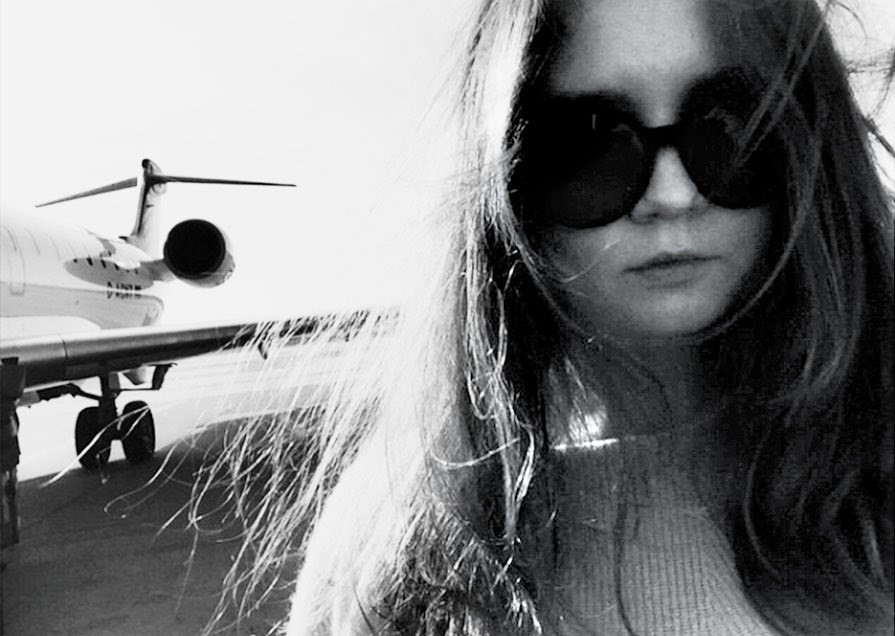 Soon, articles were published about Anna Delvey, the “wannabe socialite.” Anna tried to convince the people still talking to her everything being published was a vicious lie, but they didn’t believe her. Anna’s personal trainer, Rachel, was 100% done with the woman and contacted New York’s District Attorney’s office. She filled them in on the story and said she believed the woman claiming to be Anna was a con-artist. The DA agreed.

The End of the Charade 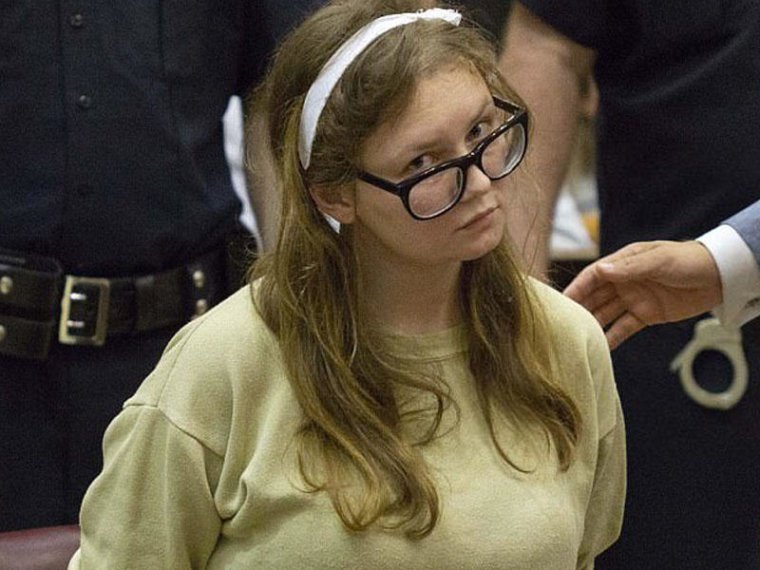 Anna ended up arrested after trying to take a vacation in Malibu, California. She was brought back to New York where she faced six counts of grand larceny and attempted grand larceny. Her reputation, her friendships, everything she had built in New York all came crashing down around her. There was no saving Anna at this point. She was denied bail and sent to Rikers Island Jail. It was then the truth came out…all of it.

The Truth Behind the Lies 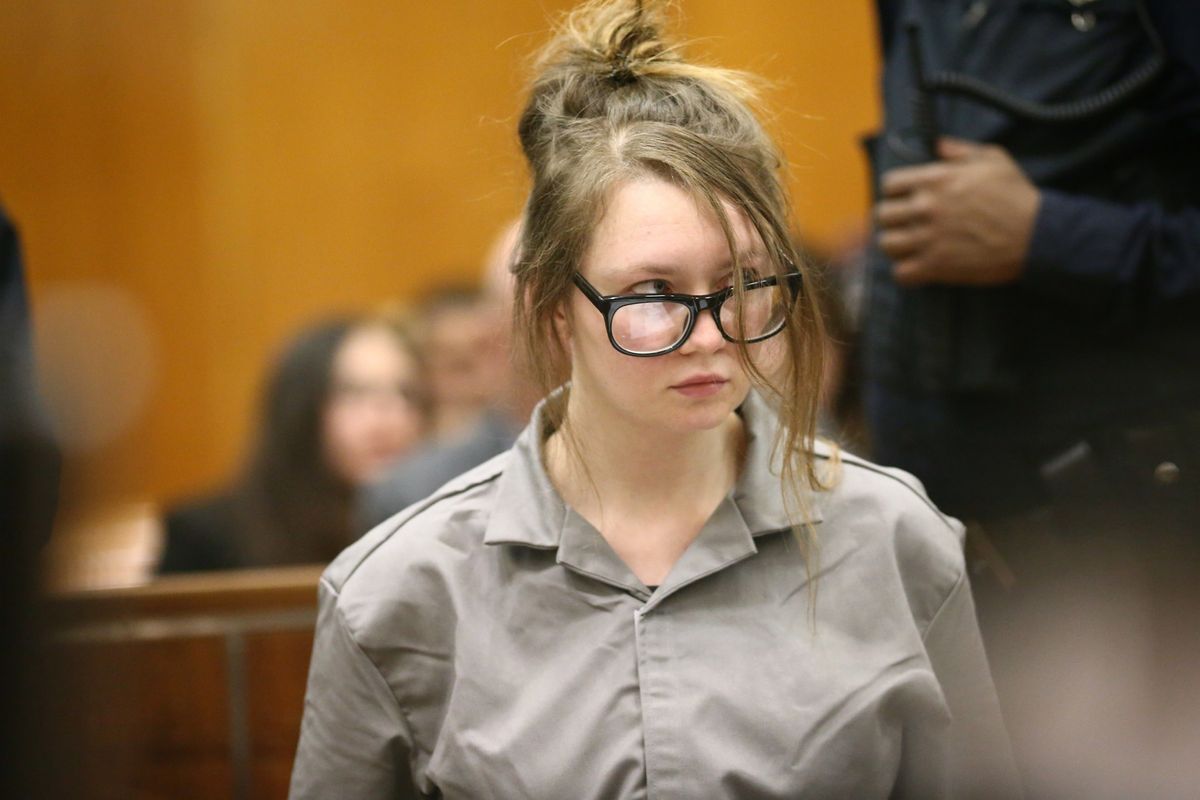 It appeared that Anna Delvey was not some European heiress, but a woman named Anna Sorokin who was born in Russia to a working-class family. She had no trust fund, no offshore bank accounts or any type of riches. Anna had used manipulation; loan fraud and other trickster means to obtain her wealth. However, it all caught up with her in the end. 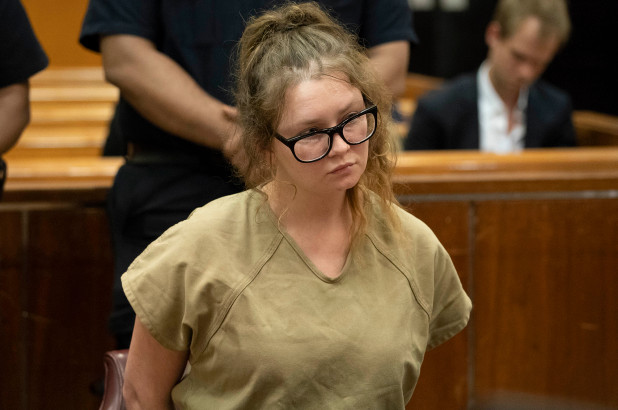 Anna believed she could sweet talk her way out of prison. She asked the judge for a plea deal of 1-3 years, but this was outright rejected by the court. The judge countered with 3-9 years, but Anna refused. She believed that a trial would deliver a better result. According to the presiding judge, Anna showed no remorse whatsoever, and if she ends up convicted she could get over 15 years in prison. 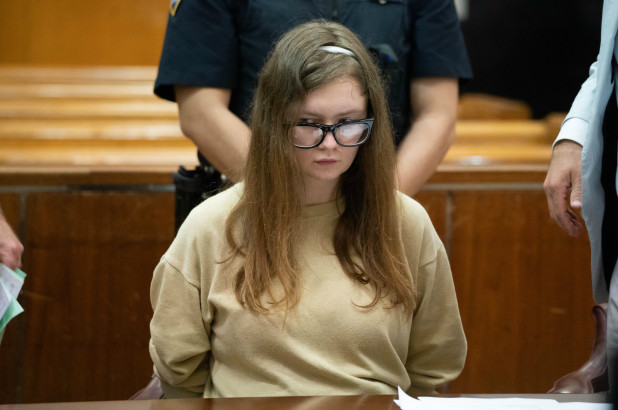 Anna is currently waiting for her trial but is considering her time in prison a social experiment. She feels it’s an excellent opportunity to learn and grow. She’s also making plenty of friends in prison. You have to wonder what lies she’s cooked up and promises she’s made to fellow inmates that she can’t keep. 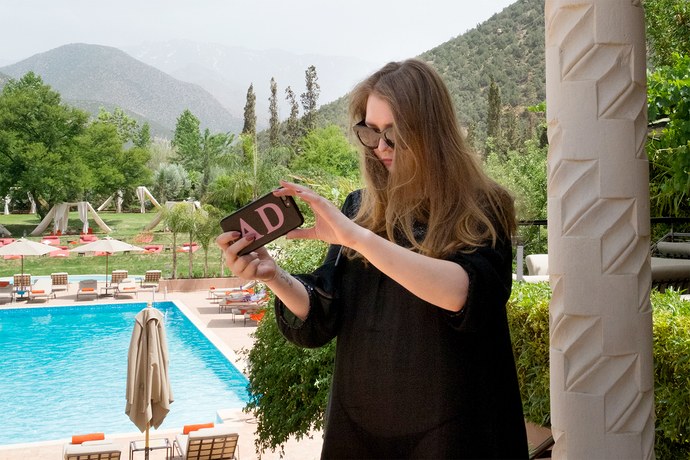 Anna’s story has been making a new buzz with Hollywood fighting to weigh in on her story. Two television projects are being developed about Anna’s life and crimes, with one landing on Netflix next year. Of course, Anna is more worried about who will play her in the series rather than her own trial.

It’s crazy what people can get away with these days, isn’t it?