Abandoned Little Dog Looks Like A Walrus, It Will Break Your Heart When You Know The Reason Behind It

A terrible tale of animal abuse ended when Richmond Animal Care and Control stepped in to rescue a small Shih Tzu who had been wrapped in plastic. After nearly dying, this dog found champions in her rescuers. 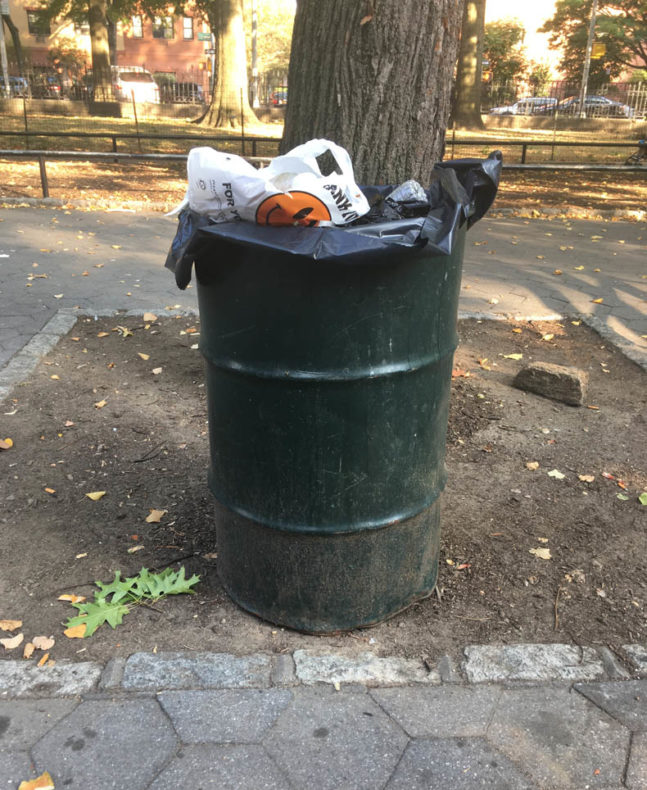 Annabelle the Shih Tzu was one of the worst cases of animal abuse that the team at Richmond Animal Care and Control (RACC) had ever witnessed. The shelter was called in to rescue a dog after a couple found her wrapped in plastic and stashed behind a building in Richmond, Virginia. The dog was literally thrown in the trash. 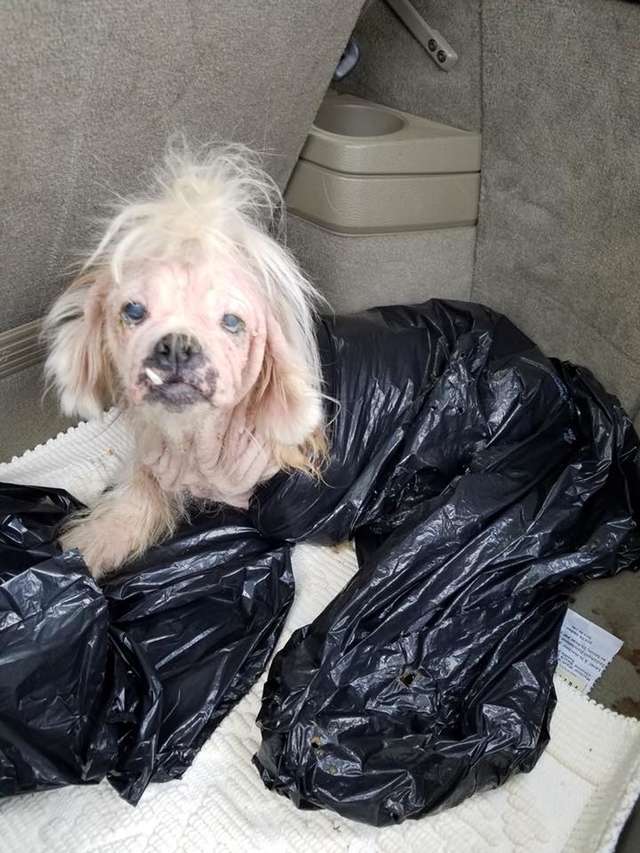 When the couple found the dog, she was languishing behind an old church, nearly dead. “They apparently found her in this plastic bag behind an old church on the south side of the city,” said Christie Chipps Peters, director of RACC. “They picked her up and brought her to the shelter.” 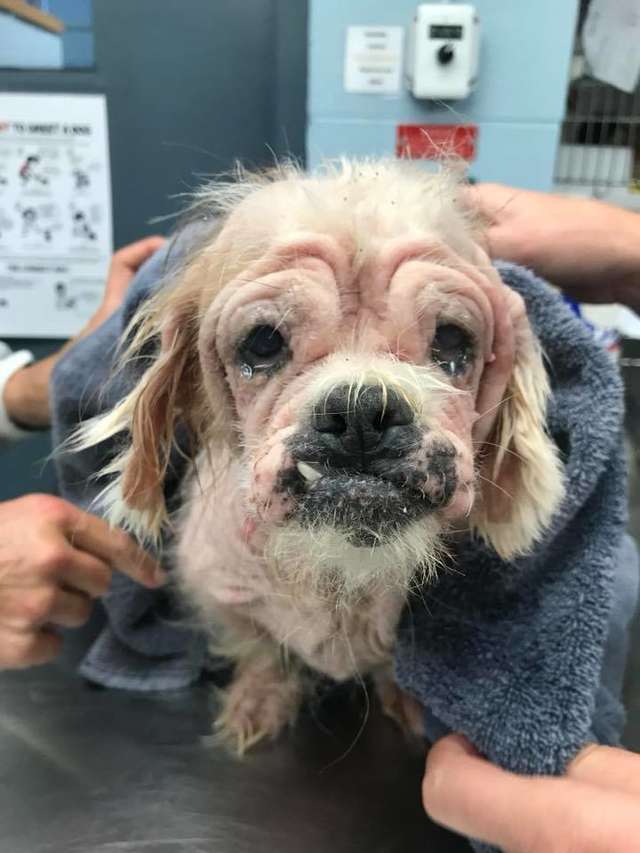 The poor dog resembled a walrus, she had been so disfigured by her ordeal. Most of her hair was gone and she had a severe skin infection. It had clearly been years since she had been treated with medical care. The staff member on duty when the dog came in sent Peters a text letting her now how serious the dog’s condition was, and warning her that they needed to find the perpetrator of the abuse. 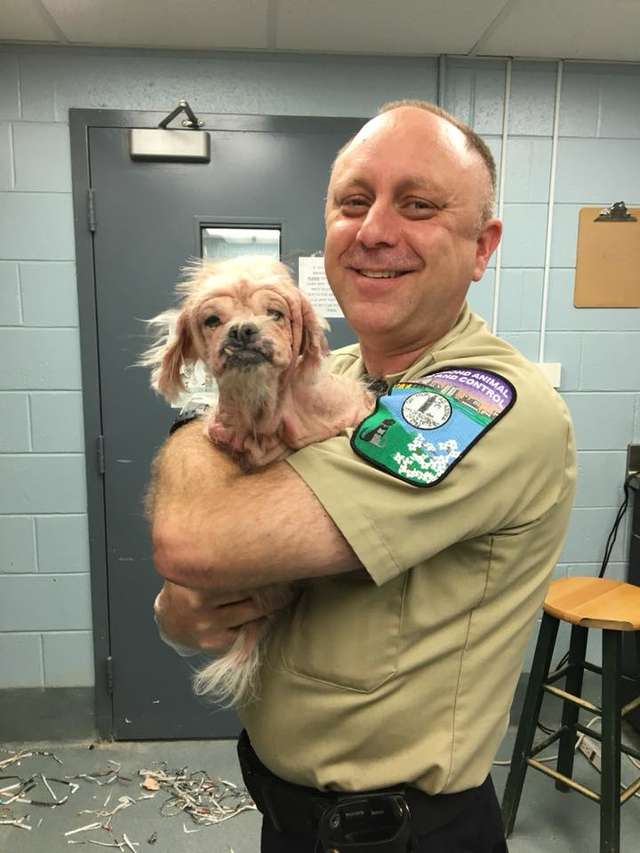 Peters was happy to step in to help the dog, but like everyone else at the shelter, she was livid about the people who did this to Annabelle.“We’re so angry that this happened, but we’re also super grateful that she’s here and we can treat her and she’s alive,” Peters said. 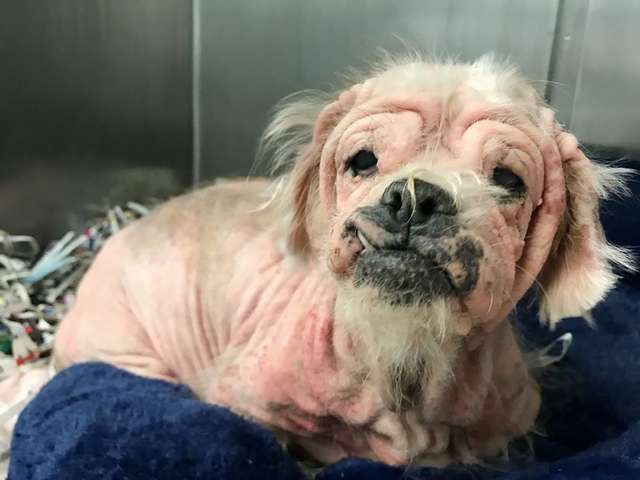 The staff jumped in right away with treatment for her skin infection. They also found that Annabelle had a serious upper respiratory problem that made it hard to breathe. She had conjunctivitis in her eyes, and problems with her teeth. 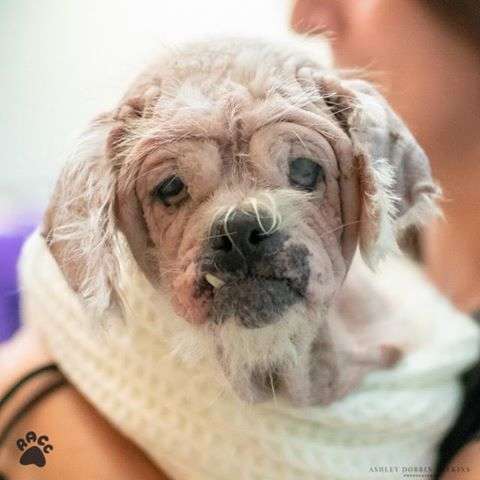 “She’d gotten no medical care at all, so we’ll do whatever we can to help her,” Peters said. “Her lungs sounded a bit spotty, so she’s on some great antibiotics that will help kick everything that needs to be kicked into the right direction.”

7. Only a Temporary Walrus 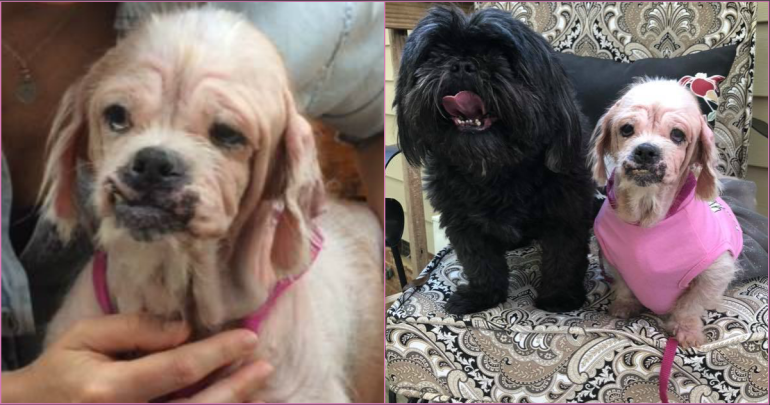 The dog did indeed look like a walrus because she was only skin without fur. However, that situation was only temporary. “She has no hair, so, she kind of really does look like a walrus,” she added. “But she’ll start growing hair back slowly, and she’ll start looking much more like a dog. When she gets hair, maybe we’ll decide that she’s a Pekingese-Shih Tzu mix.” 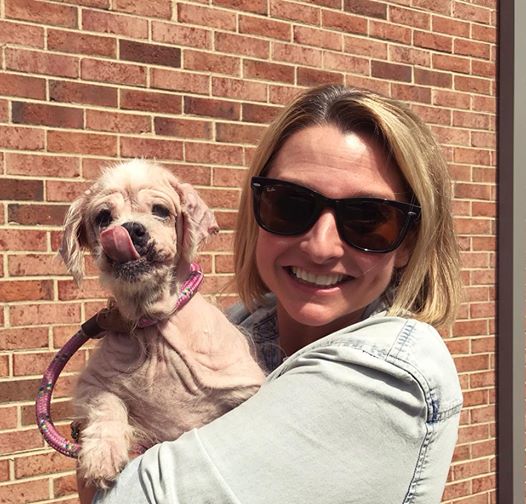 Although Annabelle has been through bad times, Peters describes her as the “happiest, sweetest dog. She wags her tail,” she said. “We can do anything to her when she gets her baths and her treatments. She’s so sweet and kind, and it’s always a reminder to us that animals that come from the most horrific situations are often so sweet, and they’re so kind to people. We’re always inspired by their resiliency.” 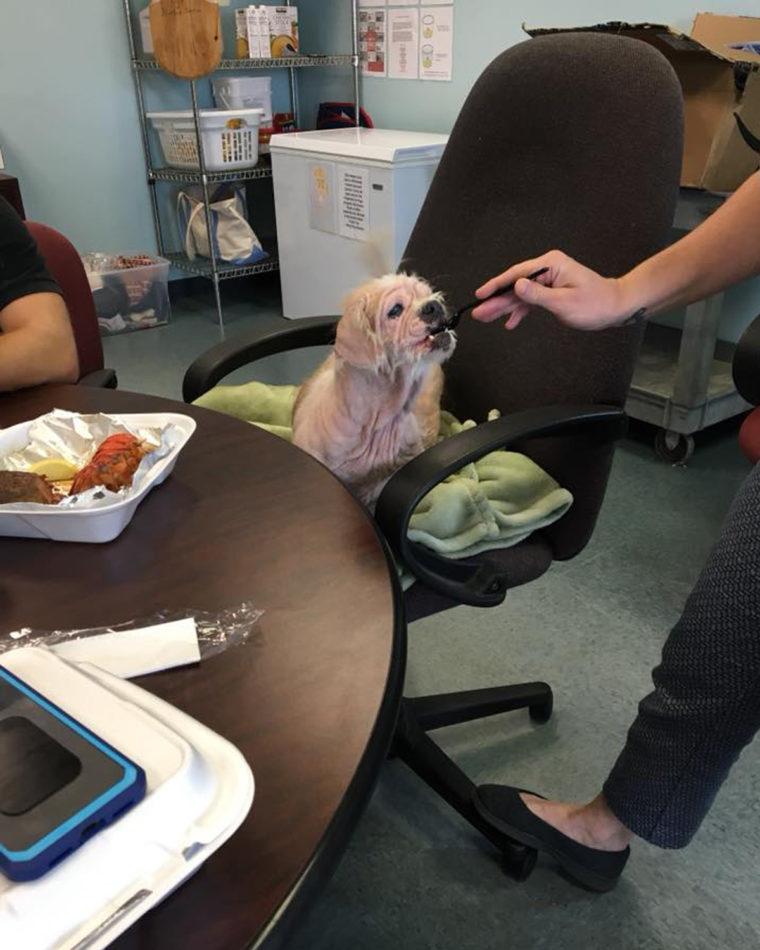 Annabelle is probably around 5 years old. She enjoys resting, but increasingly takes walks and seems to like meeting people, even though she clearly had some bad experiences with humans in her past. “She’s kind, she’s happy and her spirit is very light,” Peters said. “She’s not sad or scared, and she’s game for everything.” 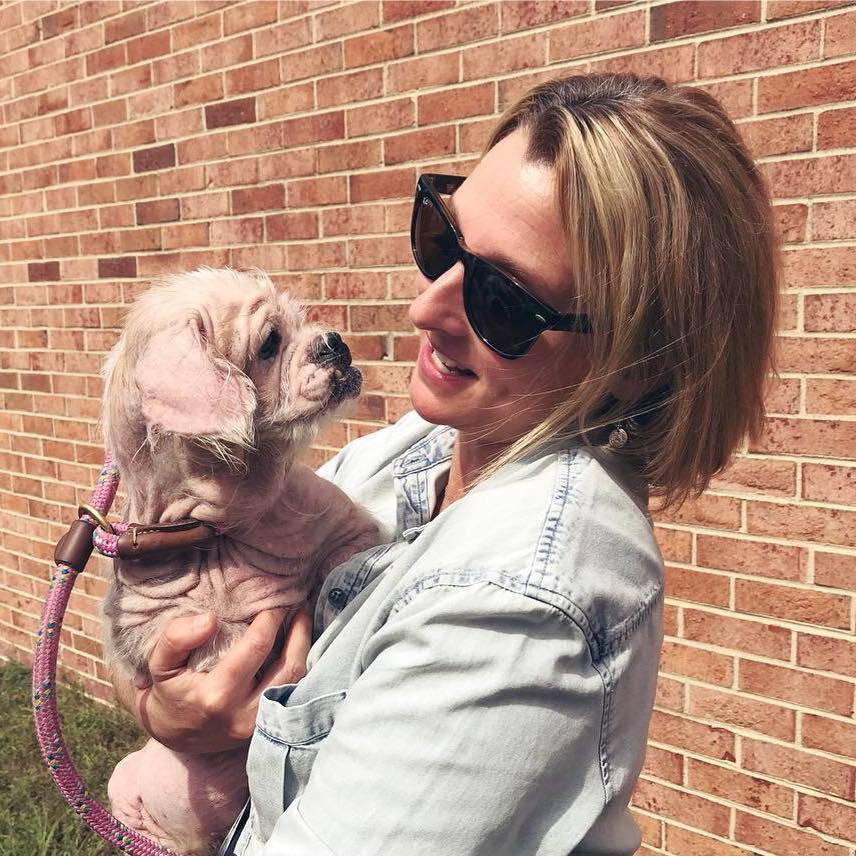 Part of RACC’s mission with Annabelle is to find out what happened to her and who perpetrated the neglect and abuse. They asked the public to come forward if anyone has information about the origin of this little dog. “It really just takes one person coming forward with information if they know something,” Peters said. “This can help us move forward with a conviction for cruelty of this dog.” 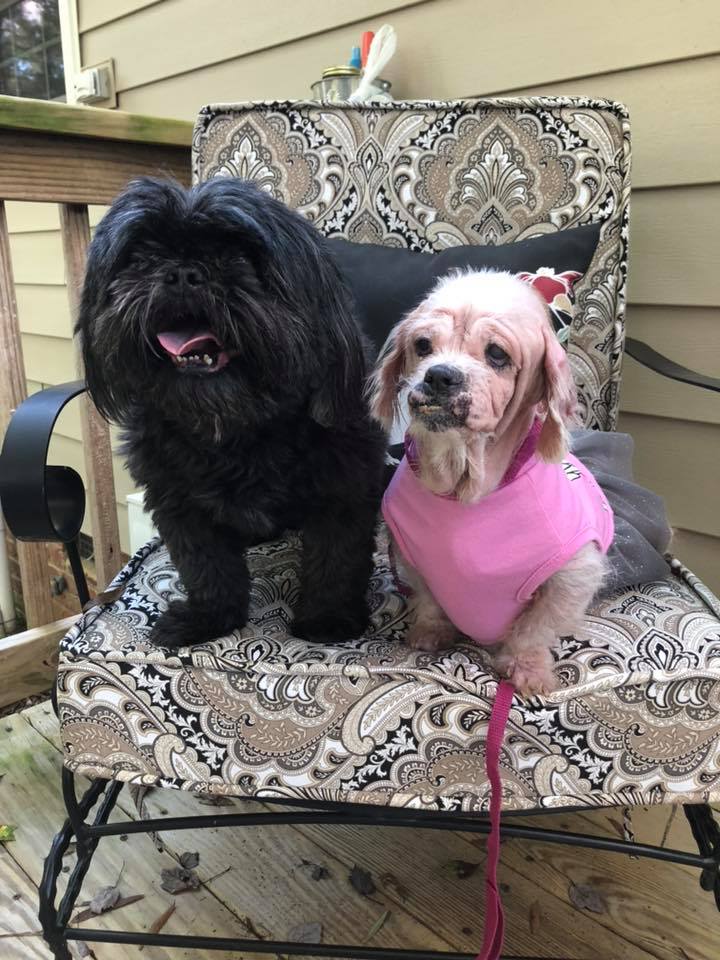 Finally, after she recovered, a family stepped forward to adopt Annabelle. The shelter announced the happy news: “The day has come!!! We are THRILLED to announce that Annabelle was just adopted. A thousand thanks to each of you for supporting her through this journey at RACC. We share our joy with YOU! Good luck, sweet little girl, and may your life be wonderful and filled with love and snuggles.” 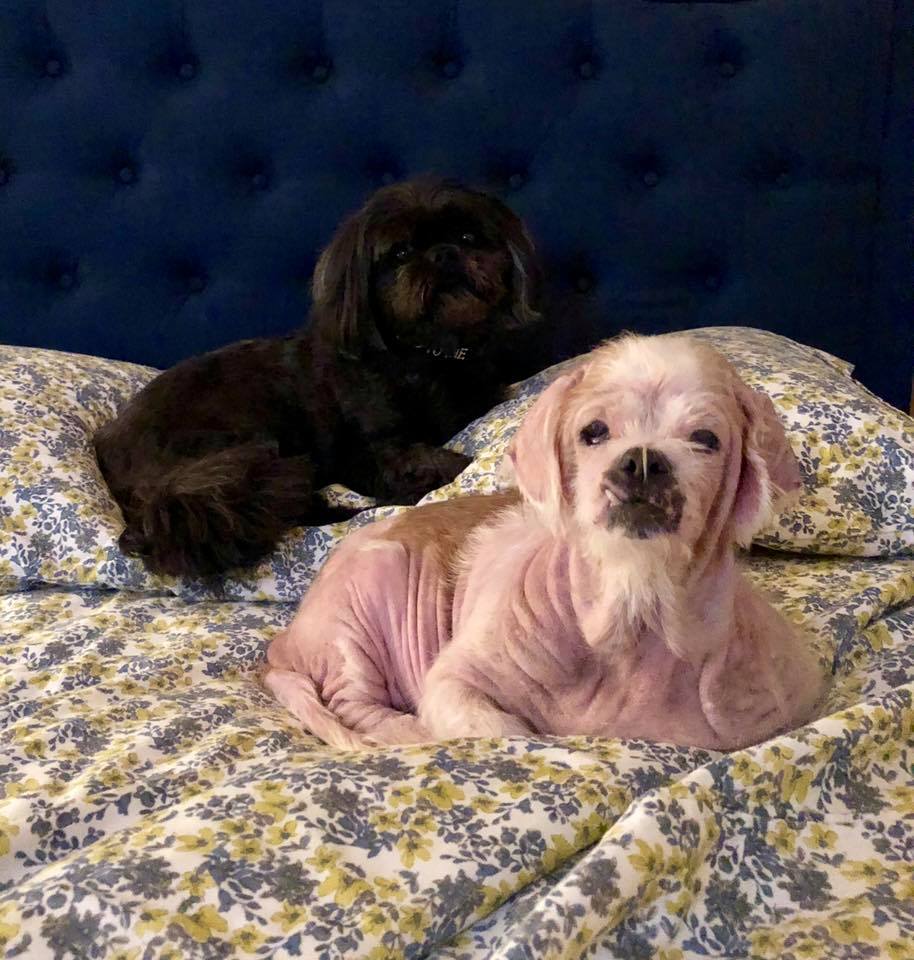 Annabelle’s new mom brought her home to a big brother named Jake. She said the two are doing awesome together. “She and her big brother Jake are getting along great!” said adoptive mom Bridgette Magne. “They’ve already eaten, and gone out, and had a visit and gotten presents!” 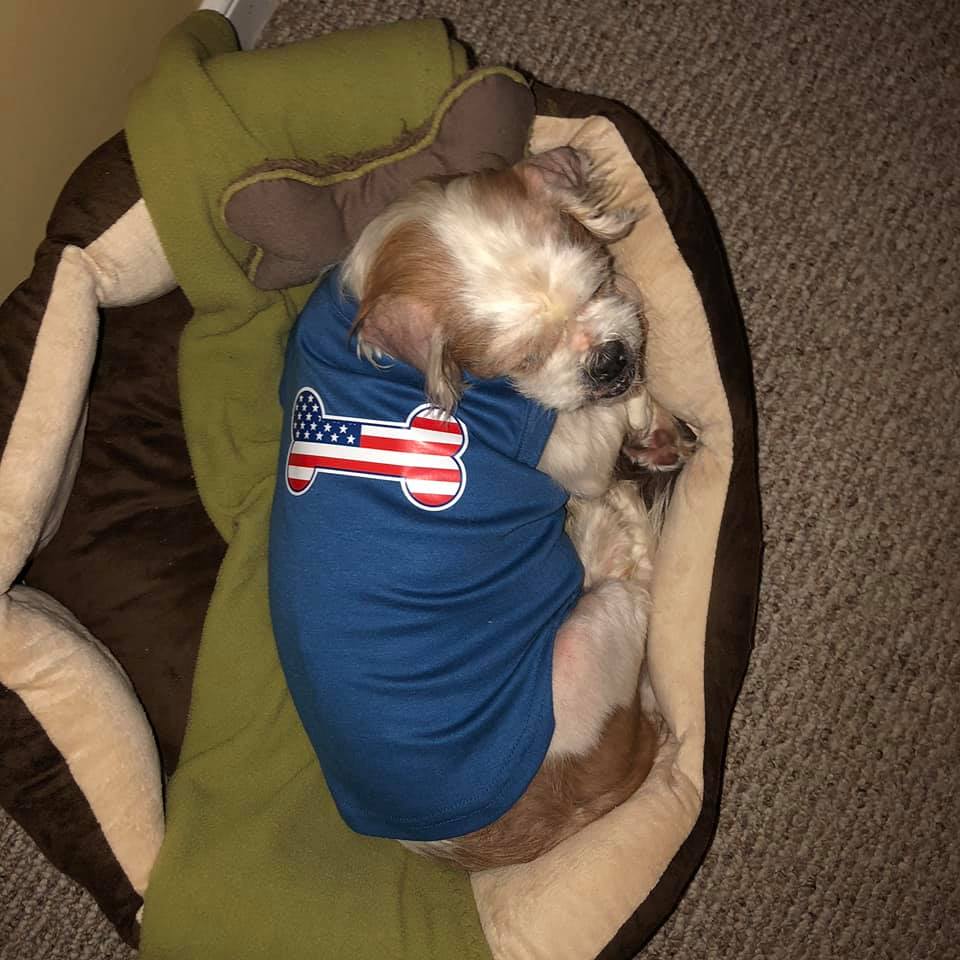 Magne also said the dog was relaxed and happy. “She’s sound asleep on my lap right now. Jake and I love her so much and can’t wait to give her the best life ever!!!”