There’s an old saying that an elephant never forgets and that was proven true in this case. Recently, an elephant happened to come across her absolute favorite person in a scary situation. The elephant noticed that her favorite trainer appeared to be on the verge of drowning. So she decided to step up and help in the most heroic way ever! 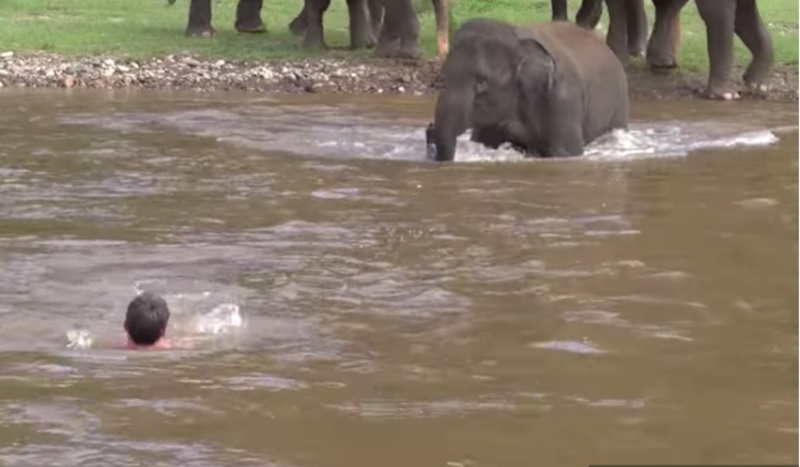 One elephant trainer was about to learn just how intensely an elephant can love. When we take care of our pets, we can never be sure just how much they love us. Well, one trainer decided to test out his elephant’s dedication and he was surprised by what he found out. 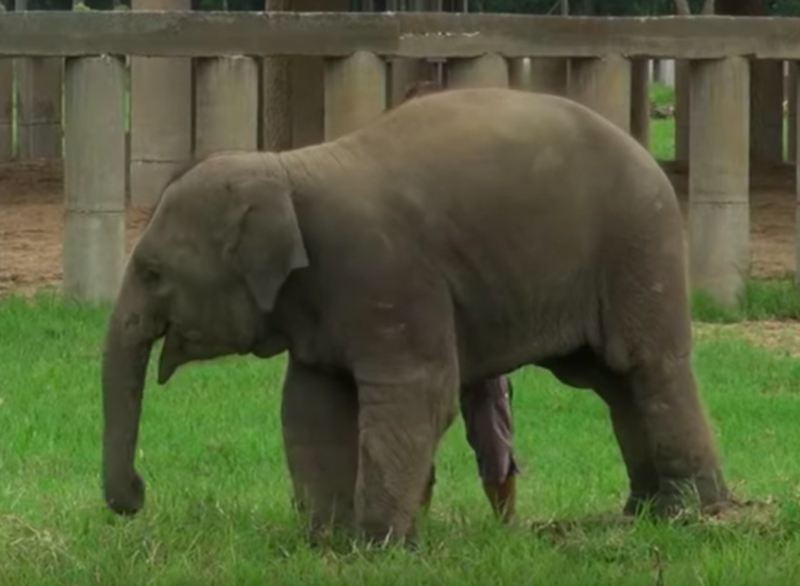 Meet Kham Lha, a sweet little elephant that was rescued from the Thai tourism industry back in 2015. There are currently around 4,000 elephants being used for tourism and they typically live in camps with their keepers, also known as their “mahouts.” However, it’s not always the best living conditions for these elephants. 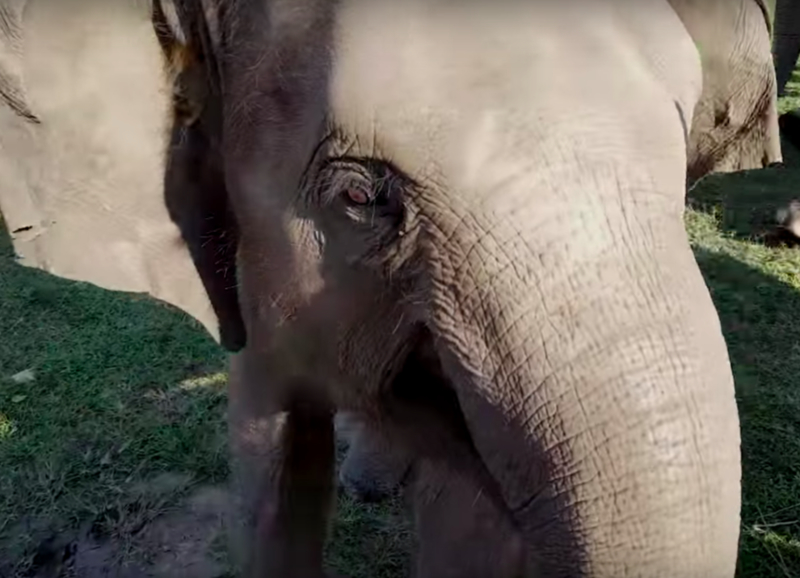 When she was finally rescued from her hard work, Kham Lha was only four-years-old. She was brought to the Elephant Nature Park in Chiang Mai in Northern Thailand. At this sanctuary, elephants are given a large area to live in and be cared for so that they can be rehabilitated. 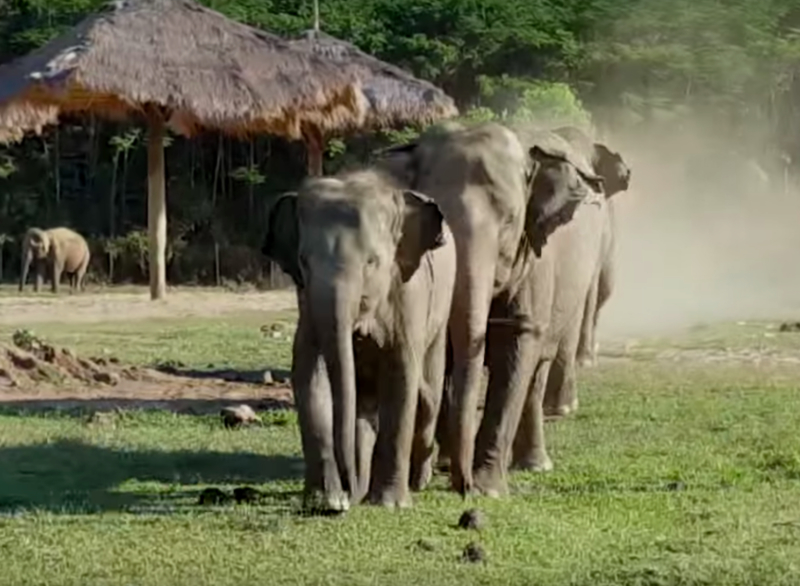 Kham Lha was one of 19 elephants that were rescued and brought over to the sanctuary. One of the elephants rescued also happened to be her mother. Now at the sanctuary all of them are able to roam around freely and enjoy their lives once again. 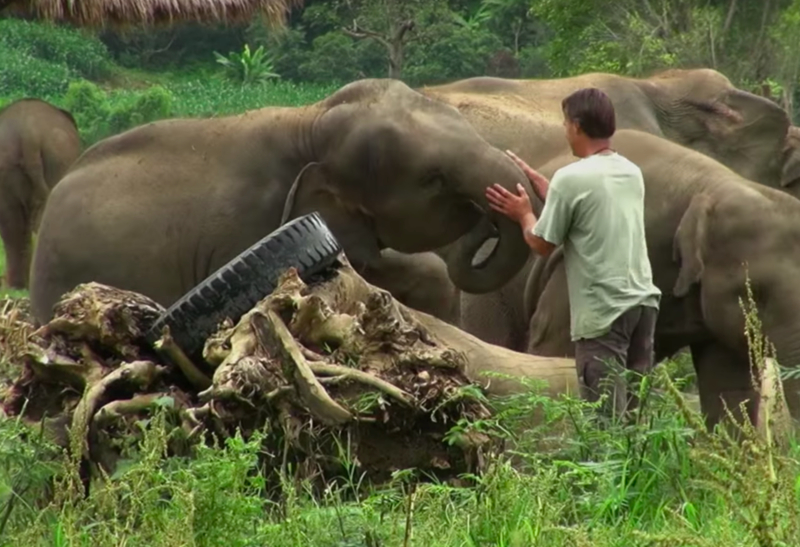 It was at the sanctuary that little Kham Lha first met her trainer, Darrick Thomson. Thomson, who is originally from Ontario, Canada, came to Thailand more than ten years ago. He wanted to help improve the lives of the elephants at the sanctuary and that is exactly what he has done. 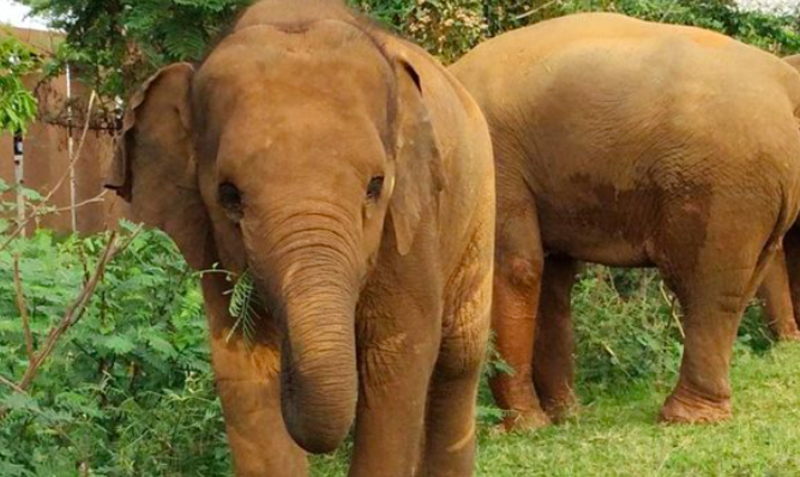 However, it’s never an easy process for the elephants that come to the sanctuary in need of rehab. After all, many of them have undergone cruel treatment at the hands of their previous trainers. Little Kham Lha, for example, endured a cruel practice known as elephant crushing. Trainers would tie their elephants up in a cage to prevent them from moving in order to domesticate them. 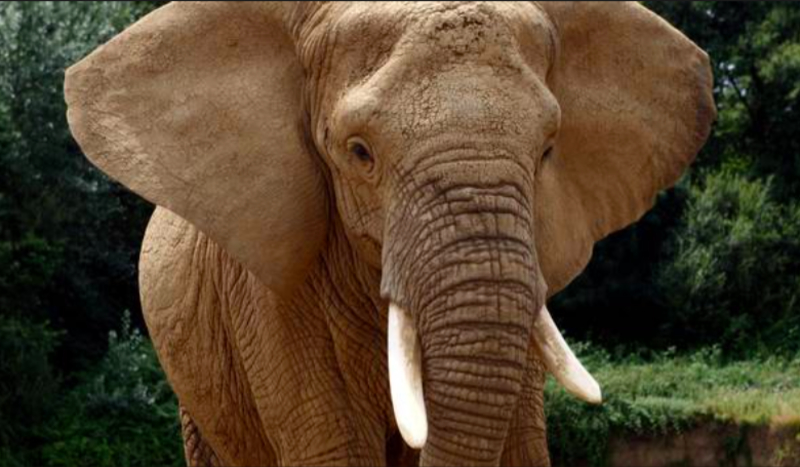 The most devastating part about elephant crushing is that it does more than crush them physically. It is also meant to emotionally crush the elephant’s spirit. However, that’s not the only cruelty that the elephants underwent… 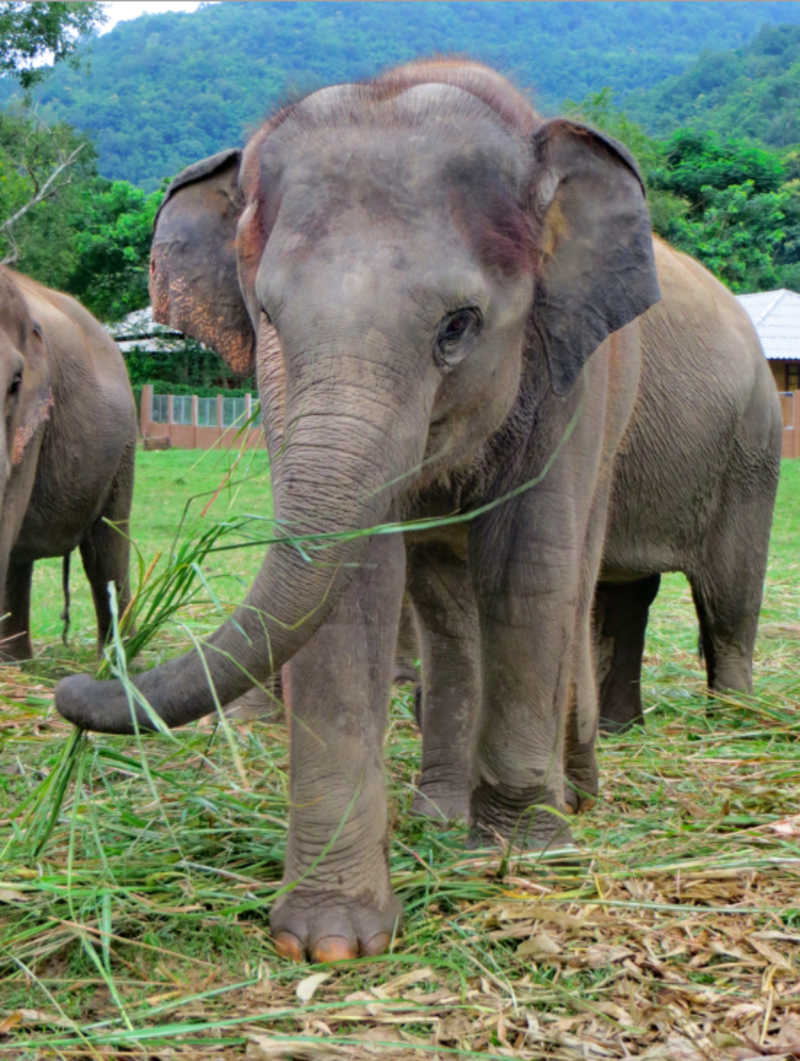 In fact, the elephants are often terribly mistreated and are often starved. This completely breaks them down spiritually and is just plain horrible. Overall, elephants being used to entertain tourists are not being treated well at all behind the scenes. 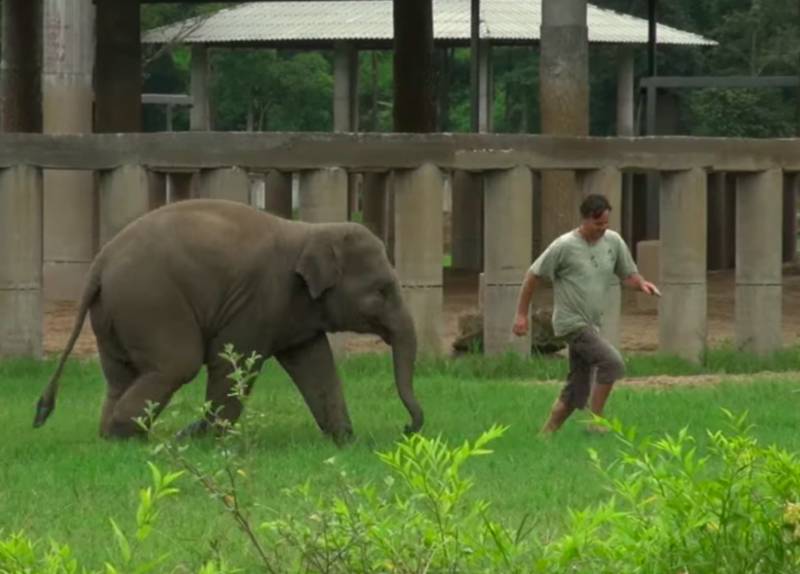 Understanding how difficult Kham Lha’s background was made Thomson realize that it was going to take a lot of work to earn her trust. “Kham Lha was in a really bad way when she came to us,” he said. “She had been tied up and forced to undergo cruel training known as crushing to prepare her to work in the tourist industry.” 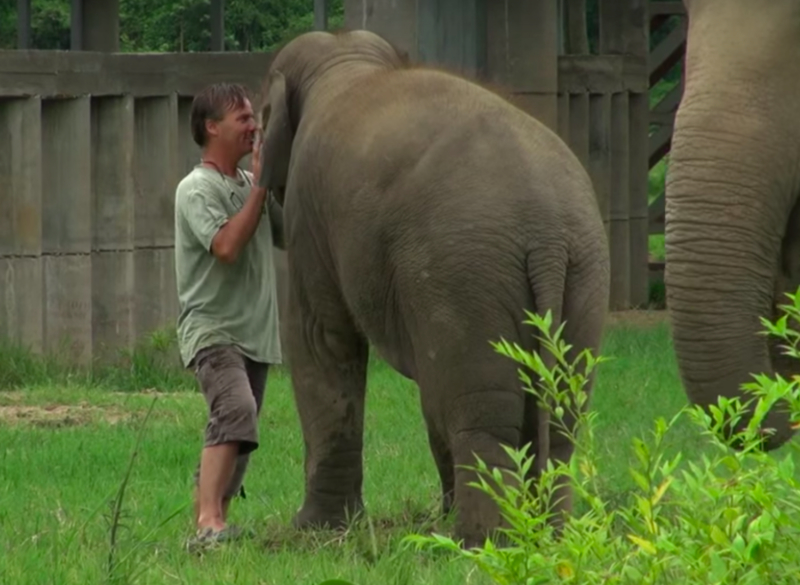 So Thomson dedicated an entire year to caring for Kham La and sure enough it created an inseparable bond between them. Founder of the Elephant Nature Park Lek Chailert revealed the following in a Facebook post, stating, “From the first day he showed love and kindness to their group. It did not take long for them to love and accept him back.” 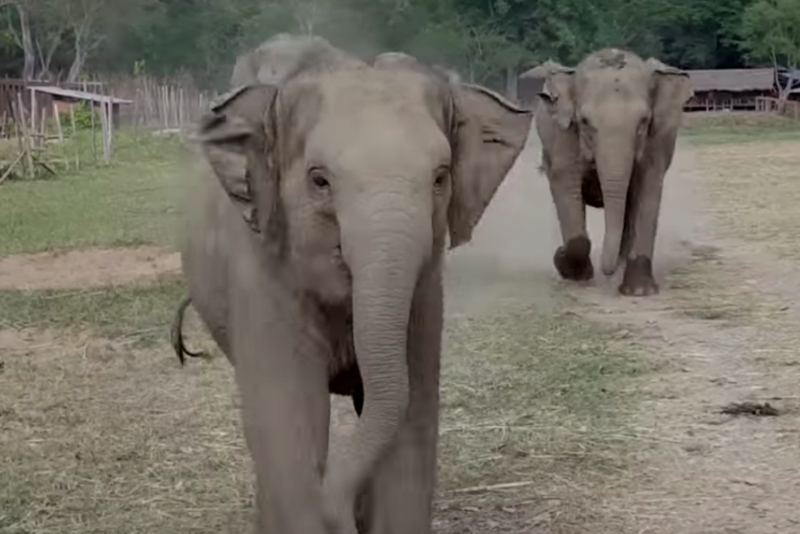 “Since he rescued Kham La, he spent time to heal her from the mental [anguish] and has shown love to her,” a staff member told CNN. “It’s not long after that, she [made a] strong bond with him, and accepted him to be part of her herd.” 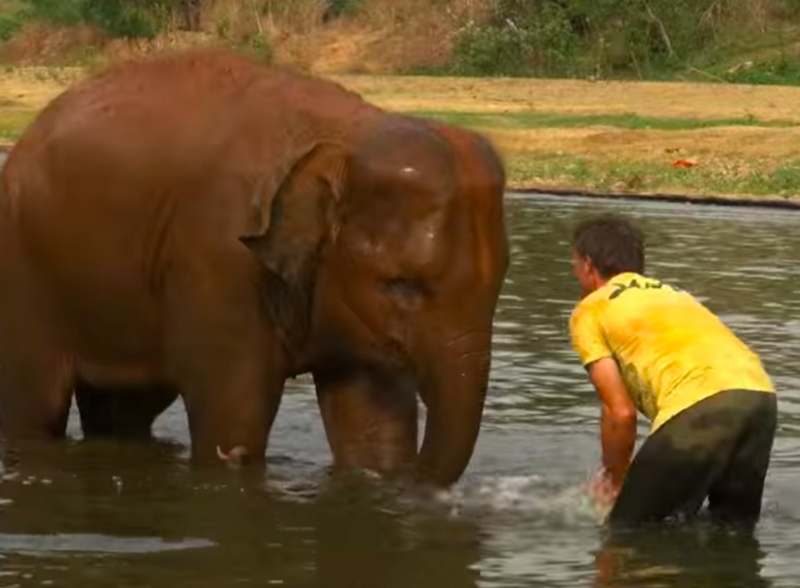 Although Thomson wasn’t around 24/7, he would spend as much time as possible with Kham La. Since he was around Kham La so often and would constantly reassure her that everything was going to be all right, they grew incredibly close. This is what created such a close bond that was one day put to the test in the most dramatic way… 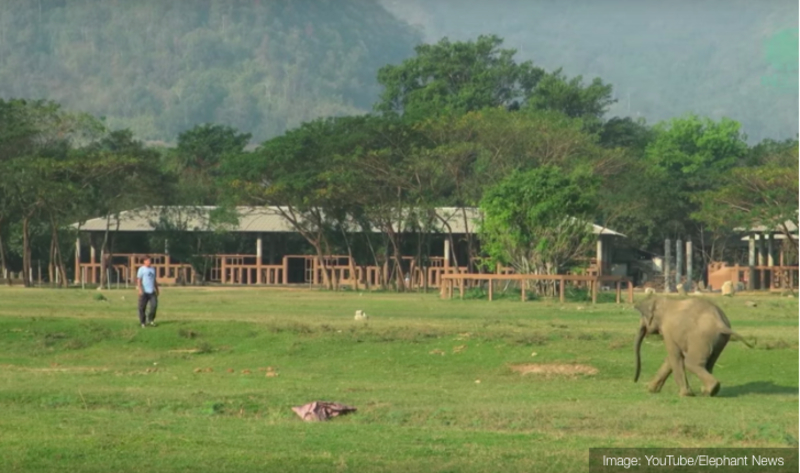 There have been many video clips released of the pair interacting. One clip in particular shows Kham La running over to Thomson at the mere mention of her name. In another video, you can see the pair running around together as Thomson holds onto Kham La’s trunk. However, one video in particular is what caused these two to go viral! 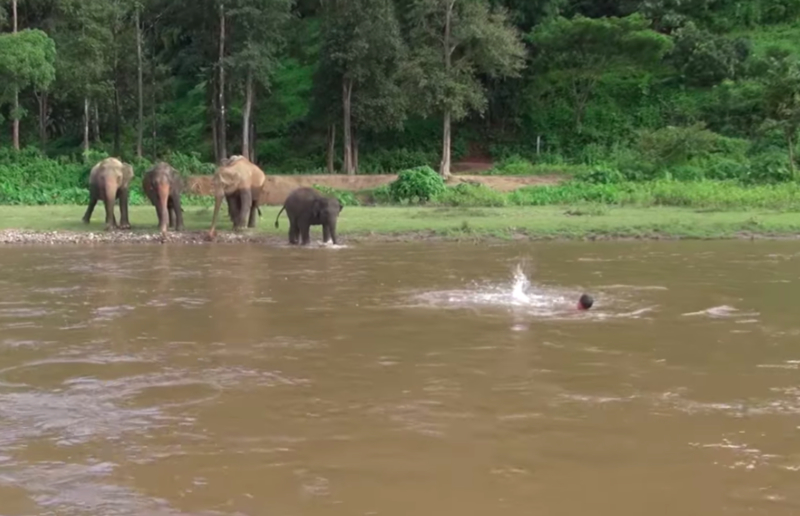 While it was obvious to everyone else that their bond was strong, Thomson wanted to really prove it. He decided to test out Kham La’s commitment to him one day in a unique way. While he was swimming in the river in the sanctuary, he decided to pretend to drown. Then he called out Kham La’s name! 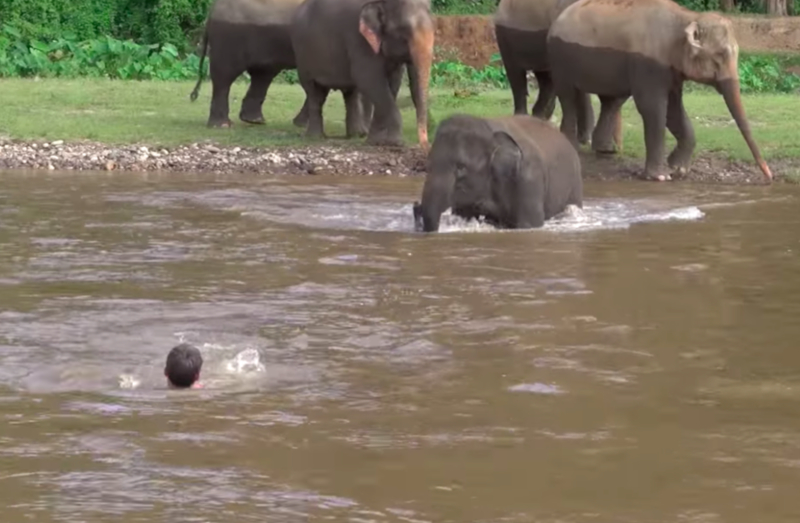 As soon as Kham La saw that Thomson was in trouble she quickly walked way frothier mother and rushed over into the water. She was intent on saving her best friend’s life. She waded through the water until she reached Thomson and then she quickly wrapped her trunk around him and began to pull him toward the shore. 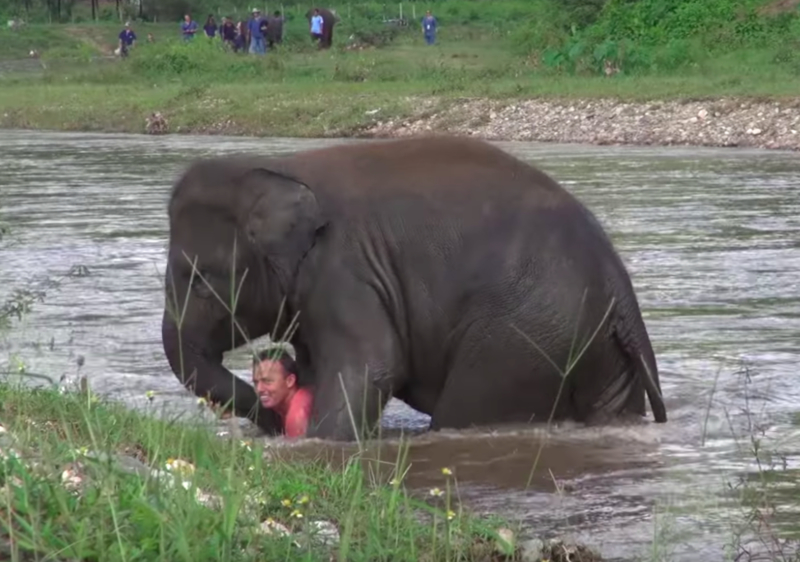 It seems that Thomson got the reaction he was hoping for out of Kham La. “We freed her and helped her to recover. She became really close to me and we formed a strong bond,” Thomson said. “I went in the river to show just how remarkable the relationship with humans is.” 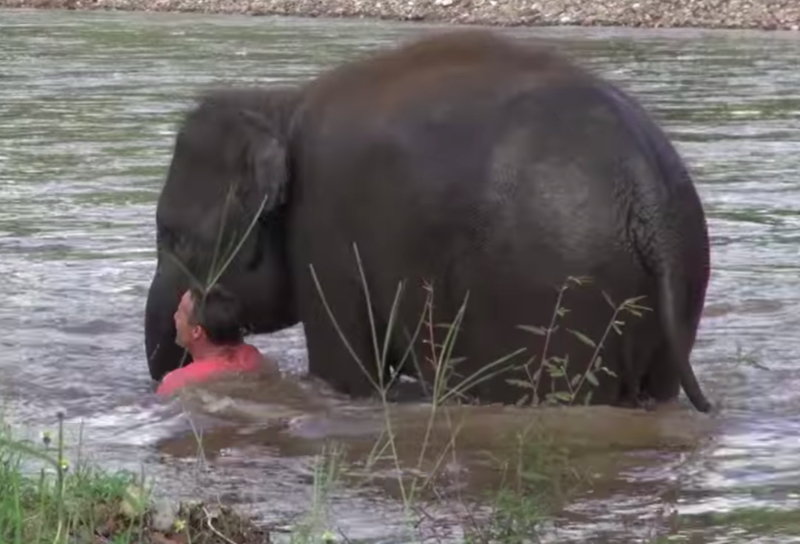 An Elephant Nature Park spokesperson spoke out about Kham La’s progress and stated, “We’re all really pleased with Kham Lha’s progress and how well she’s adapted. She’s now a happy young elephant. The video shows just how close she is to Darrick and it’s an important lesson to be kind to animals.” 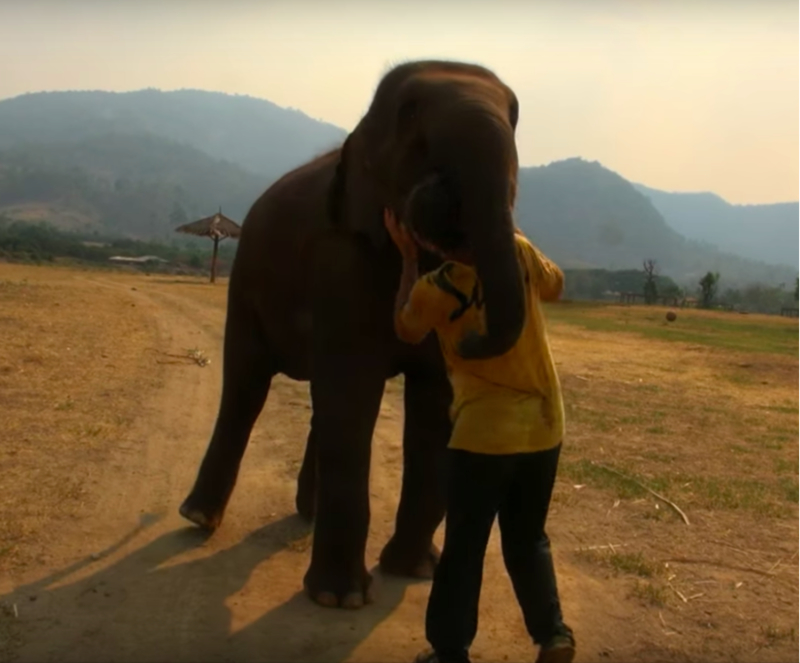 It’s no surprise that the footage of Kham La ‘saving’ Thomson from the water immediately turned into a viral sensation. The video was uploaded onto YouTube where it has received over six million views and has thousands of comments. Everyone is so amazed by Kham La’s love and loyalty. 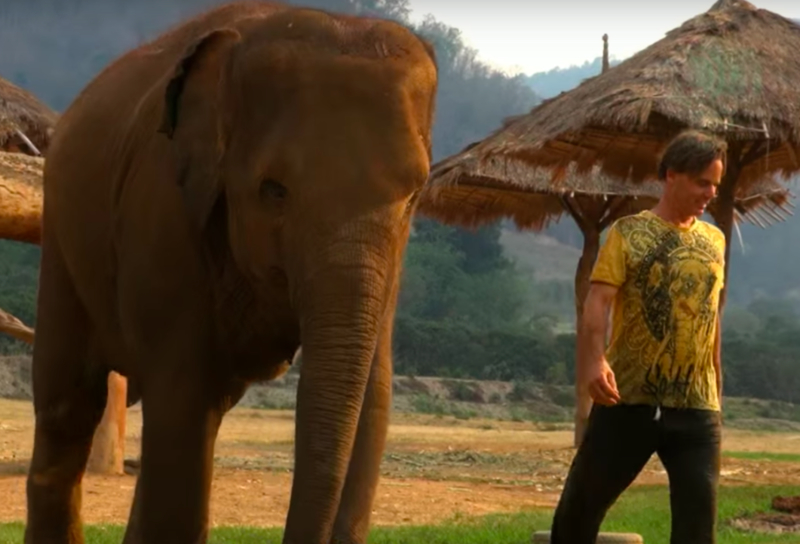 So many users left some of the most amazing comments in the comments section. “Too adorable. Hope she got a truckload of peanuts,” one user wrote. “Animals are 100 times better than humans,” another added. 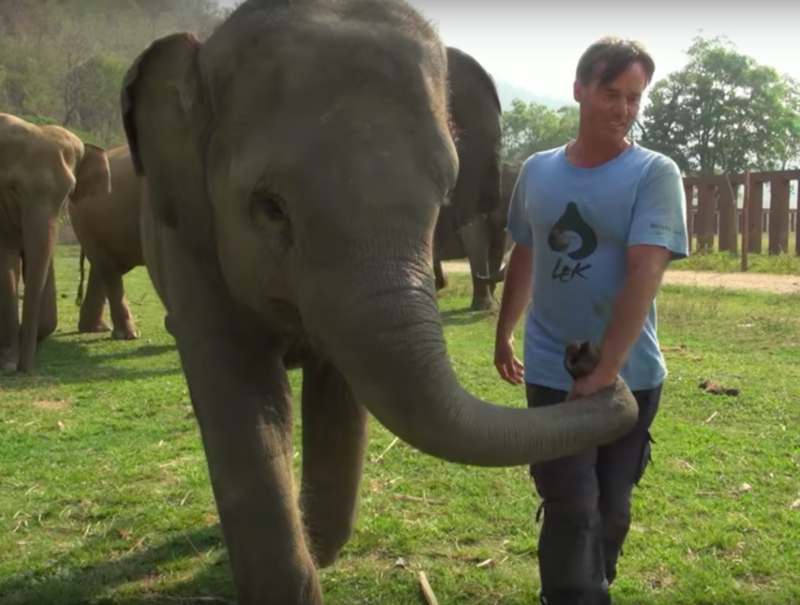 If the video has shown us anything, it has proven that humans and animals can create some of the closest bonds, ever. “If you show warmth and kindness to them, they will treat you well, too,” Thomson stated.