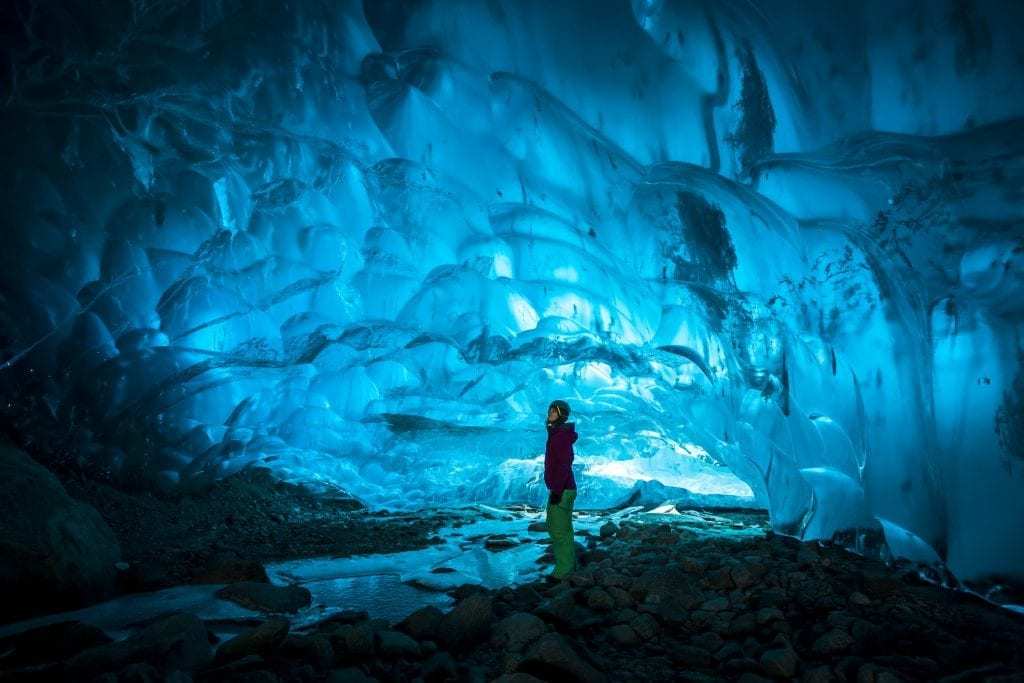 A huge part of the world is made up of ice. Just think of Antarctica and the North Pole. Scientists have studied and investigated these ice deserts and have made some pretty amazing discoveries that have been trapped in ice for many years. 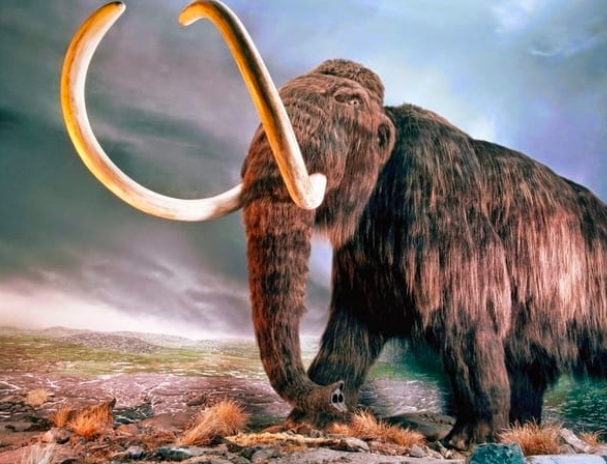 Wooly Mammoths would roam Alaska and Siberia thousands of years ago. They were large animals with long fur and enormous tusks. Scientists discovered a preserved mammoth’s body that is 39,000 years old in Northern Russia. It was so preserved that they were able to get blood and muscle tissue from the fossil. 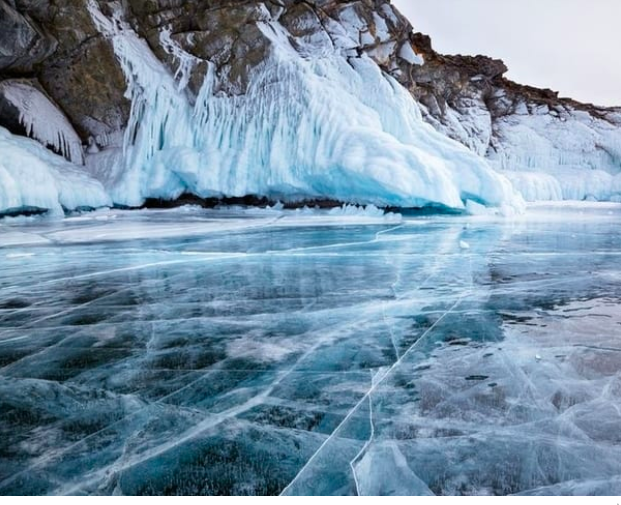 You may not think bacteria are a big deal to find trapped in ice, but it is! Scientists have discovered bacteria that are 8 and 25 million years old. This particular bacteria can only survive in the cold of the arctic, though. 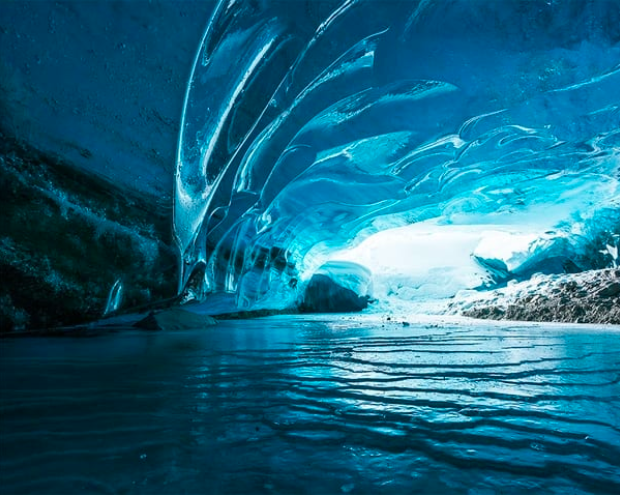 Scientists have also discovered viruses that have been living in dead animals from many years ago. These viruses are very dangerous, though, because our bodies have never been introduced to them, they can be extremely harmful. 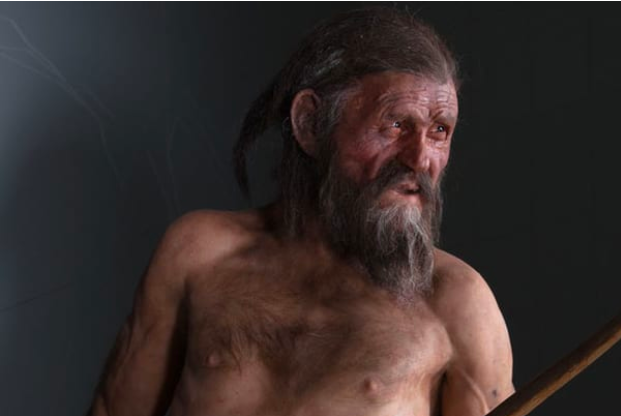 Otzi Man is a 5,300 year old man who was discovered trapped in ice and almost perfectly preserved. He was discovered in the Alps near Austria. Scientists were able to research the body and discover different diseases he suffered from and his genetics. 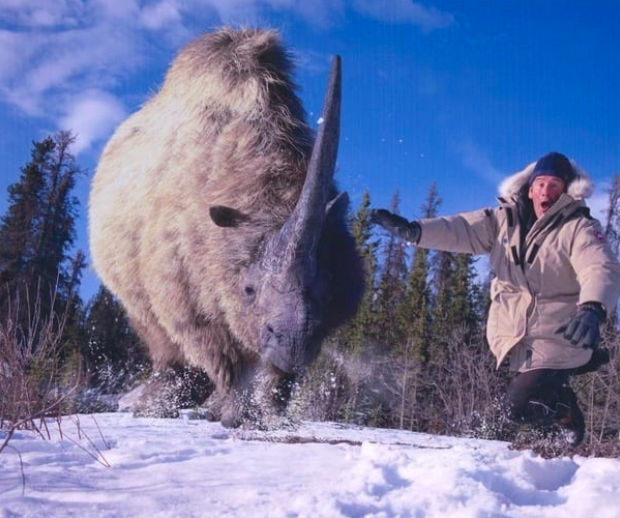 Just like how the woolly mammoth is similar to an elephant, the woolly rhino is basically a large rhino with a lot of fur. These animals needed fur to survive the cold weather of the north. In Sakha, Russia, a baby 10,000-year-old woolly rhino was discovered in the ice. 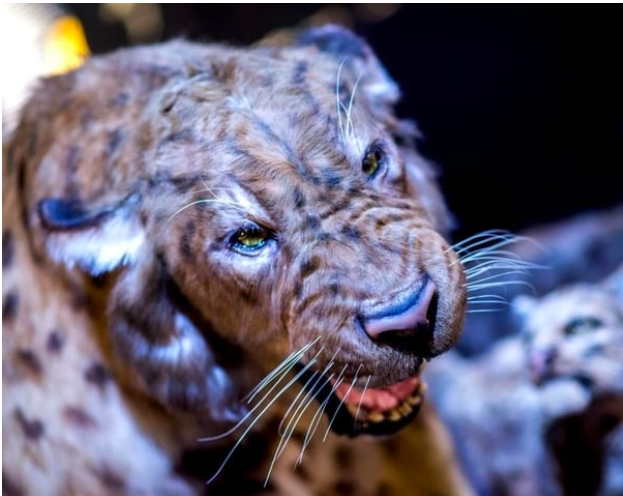 Sabretooth tiger fossils and remains have been discovered in Siberia, close to where the woolly rhino was discovered. These tigers were typically around 881 pounds, but became extinct due to hunting and rising temperatures. 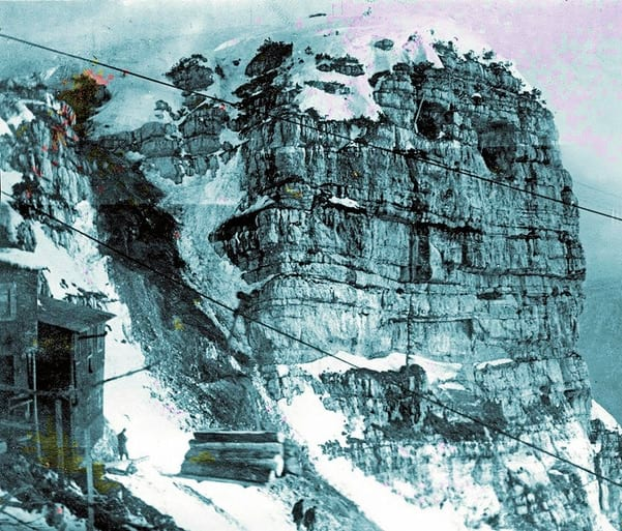 Remnants of World War I battles in the Alps were discovered in freezing temperatures. Soldiers often suffered from frost bite and many died from the cold. 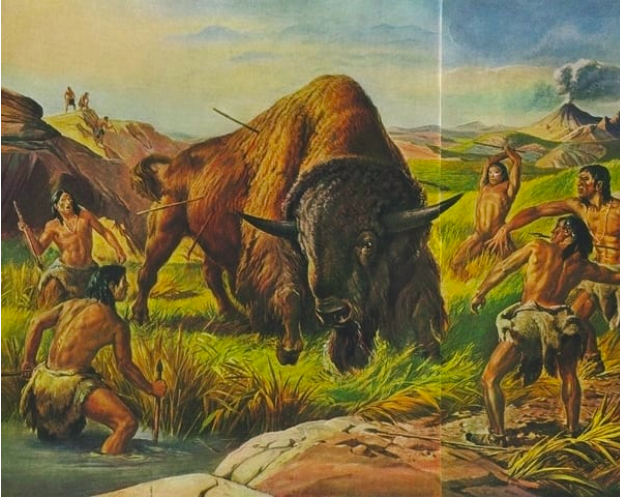 Scientists have also discovered manmade weapons from thousands of years ago. One of these weapons is known as the atlatl dart. It would hold a spear with a point on the end and allow humans to throw the spear with more accuracy and it could travel much further compared to just using their hands. 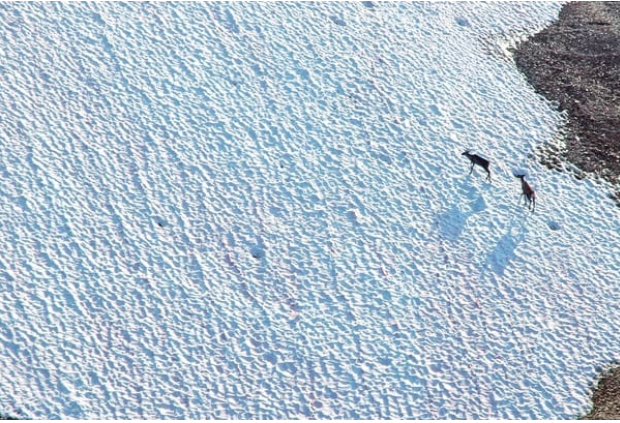 Now that the earth is warming up and glaciers and ice patches are melting, scientists are having a ball studying the archaeology the ice leaves behind. This helps scientists understand weather, ice patches, and permafrost better. 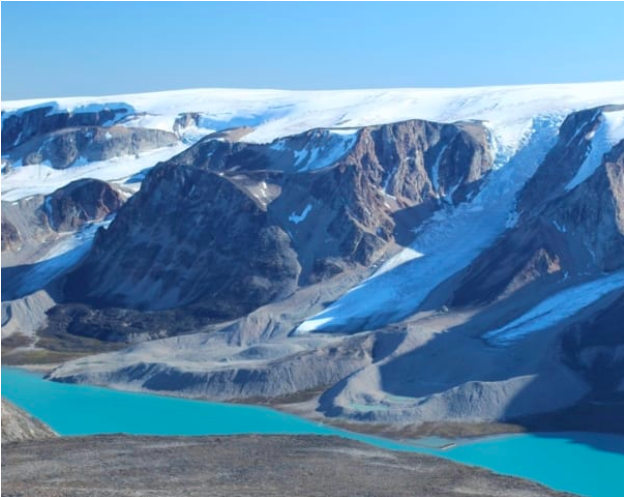 Remnants of Vikings have been discovered in Juvfonna, Norway. Scientists have found Viking gear, weapons, and clothing within these glaciers. These items are thought to be at least 3,400 years old. 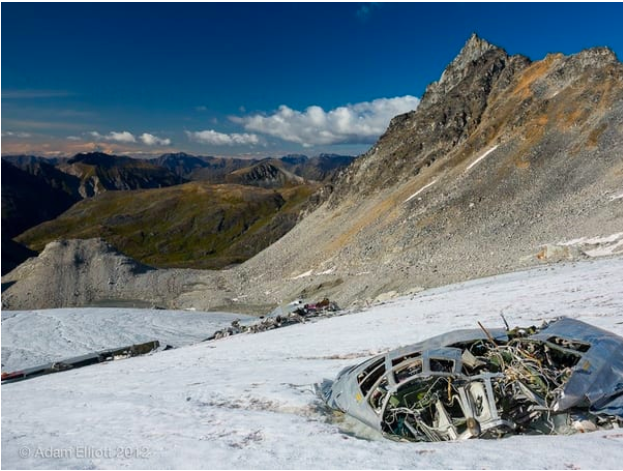 Moving into more modern discoveries, scientists have found many crash sites of airplanes. One particular airplane crashed in 1952 in Anchorage, Alaska. All of the passengers and crew members died in the crash. Rescue workers couldn’t even get to the site due to the unsafe conditions. 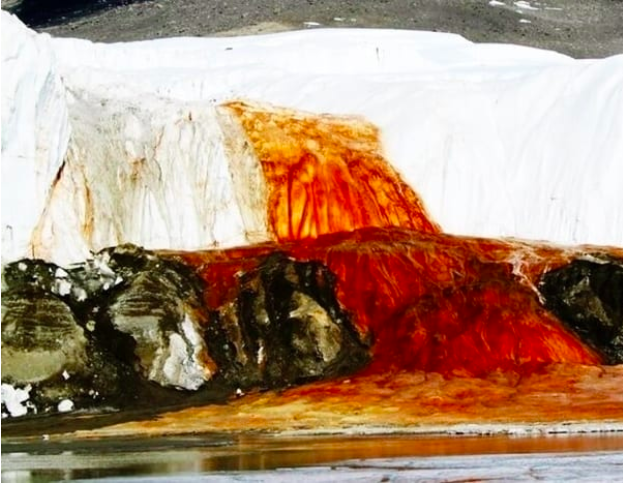 Blood Falls is aptly named due to a red stream that flows from one of the glaciers in Antarctica. It’s actually water that is rich in iron, not blood. Scientists are still confused as to where the iron is coming from though. 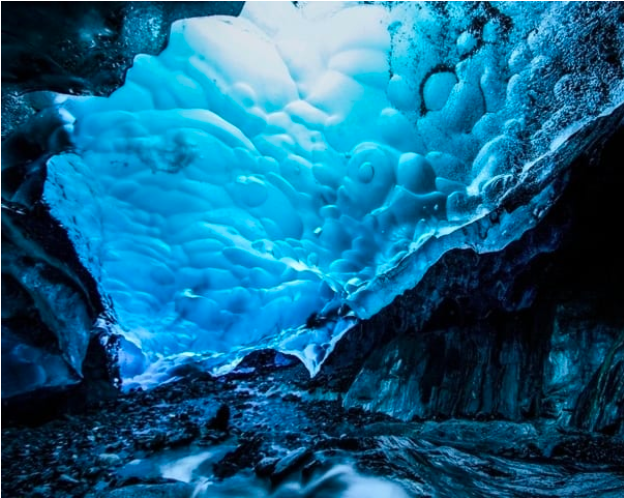 Since glaciers are so large, they typically crush and destroy everything that is in their way as they move. However, there is a sediment scientists refer to as moraine that cushions some objects and protects them from being mauled over by the glacier. That is why there are some forests and trees that can still be seen when glaciers start to melt.

The Incan Empire in South America is known for traveling through the large Andes Mountains and conducting ritual human sacrifice. About a hundred burial sites for these sacrifices were discovered in 15,000 up the mountains. 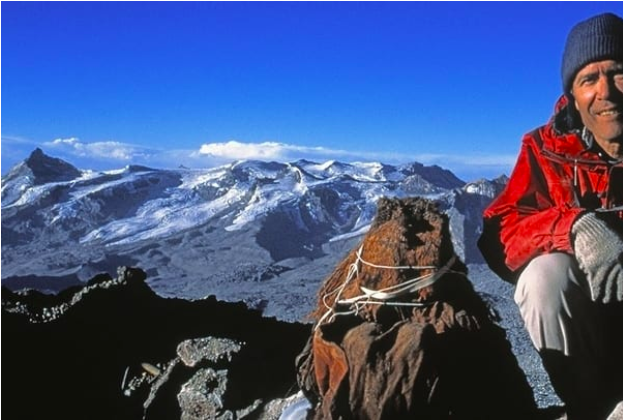 Incans also sacrificed children to their Sun God, Inti. This was to ensure they had a good year of crops and good luck. One child sacrifice, a boy, was discovered perfectly preserved in the mountains. He was about eight years old and determined to have type O blood. 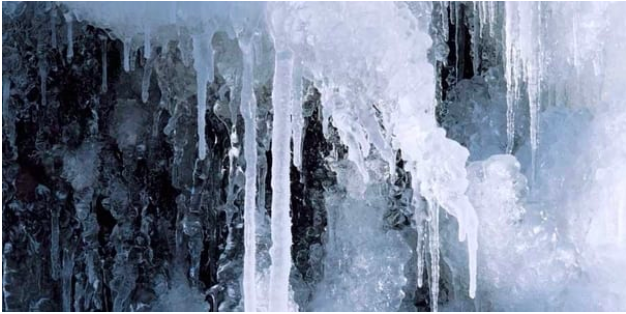 Ice is a great preserver of once living creatures. Due to the cold climate and lack of oxygen, bacteria that would normally decompose a corpse aren’t able to function. 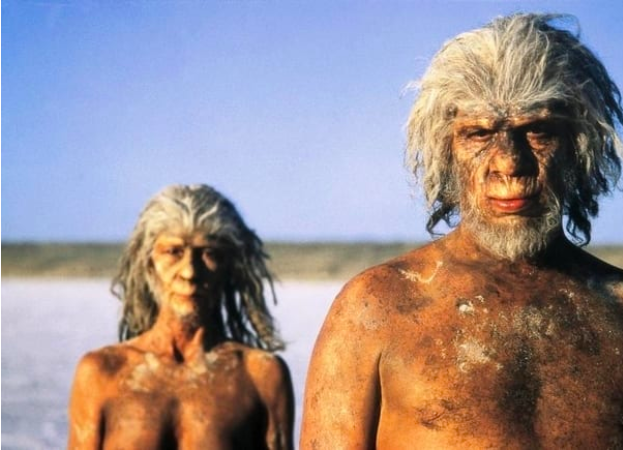 Recently, scientists discovered a body that dates back to be about 3000 years old. While that doesn’t seem very impressive, it’s been determined that the man was an ancestor of the First Nations People. They called him “Long Ago Man.” 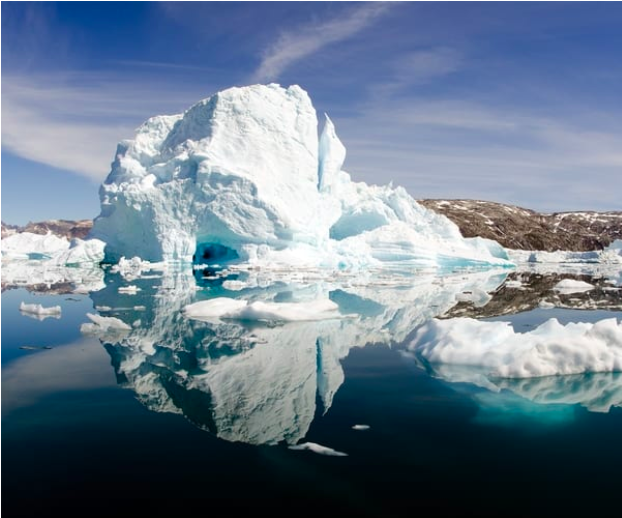 Without global warming, scientists probably would never have made all of these discoveries. Now that ice is melting and revealing what it has hidden inside, we are able to study and learn more about the past. However, many scientists would agree that they would rather be left in mystery about what glaciers hide than experience global warming.

Ice patches are large patches of ice that never get to melt because they are covered in snow and typically have many layers of ice on top of it. Many animals will frequent these ice patches and oftentimes leave items behind for scientists to discover and study. 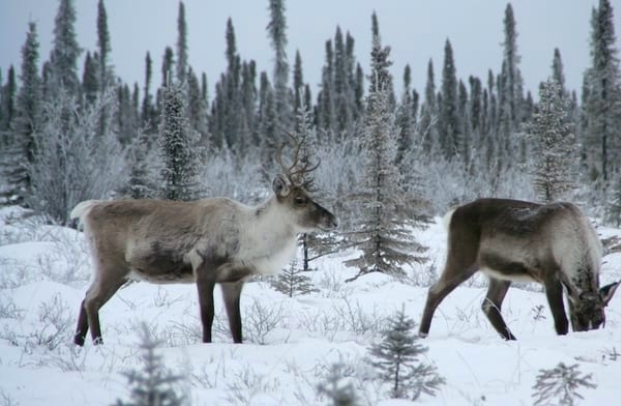 Scientists will oftentimes find animal droppings in these ice patches. While you may be disgusted, scientists are excited to examine and study these droppings and find out how these animals lived thousands of years ago and what they ate. 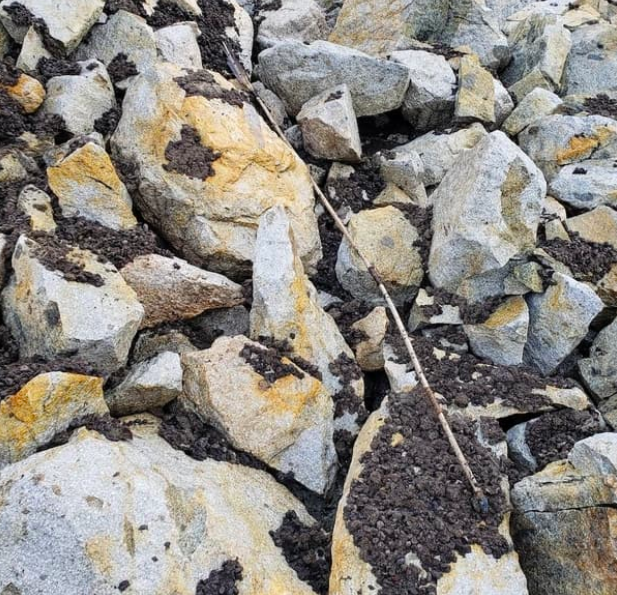 One caribou dropping had a dart shaft in it. What does this mean? It means that there were hunters in the area at that time and that the hunters are developed enough to create weapons. This opens a large door for research and discoveries for the scientists. 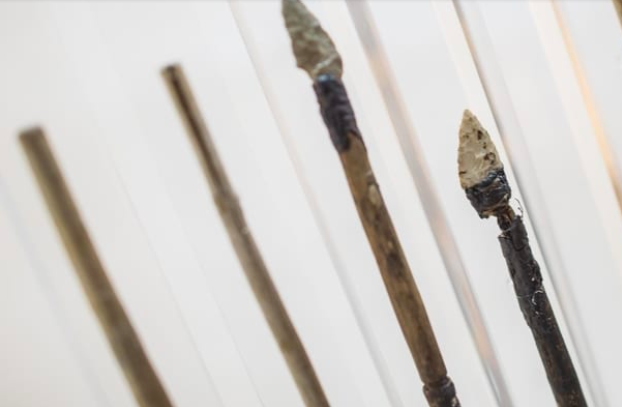 Spears have been discovered in Yellowstone and are thought to be 10,300 years old. Ancient people in this area probably hunted wolves, elk, and bison. 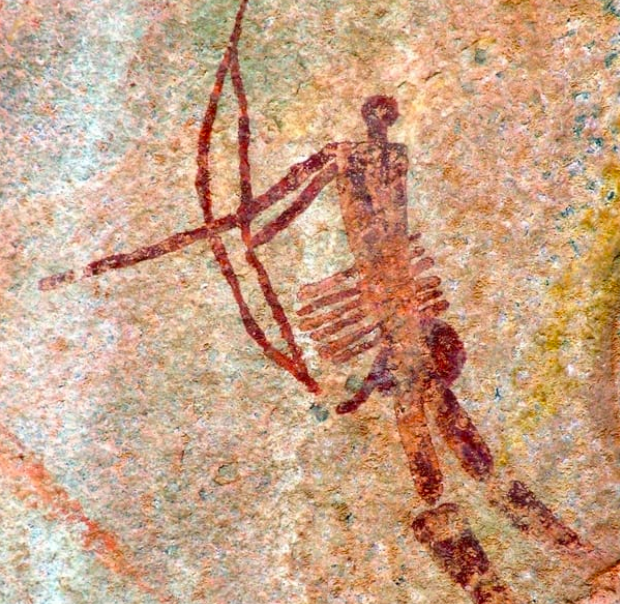 A bow made from a willow tree was discovered in an ice patch by archaeologist, Tom Andrews. It is believed to be about 3,400 years old.