Remember The Human Barbie? Well You Should See Her Now 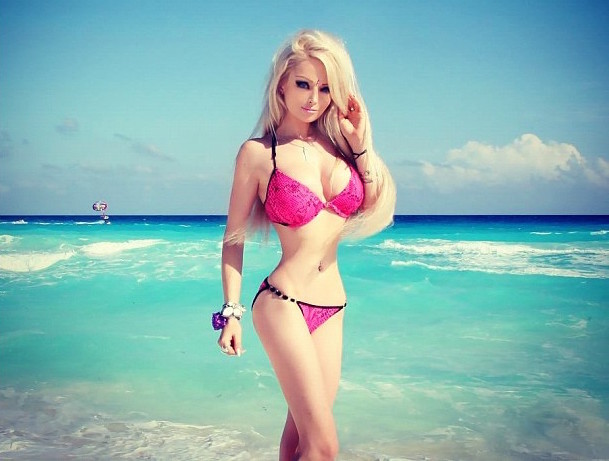 For Valeria Lukyanova, her obsession with Barbie began as a little girl growing up in Ukraine. However, unlike other girls her age, Valeria’s love for the plastic doll grew into something that took over her life completely. Barbie wasn’t just a toy, it was a way of life. As an adult, Valeria has dedicated her entire life’s purpose to look like a living Barbie doll, adopting a strict diet, strange spiritual philosophy and spending thousands in plastic surgery.

You won’t believe her transformation in this story of one woman’s obsession that simply went too far. 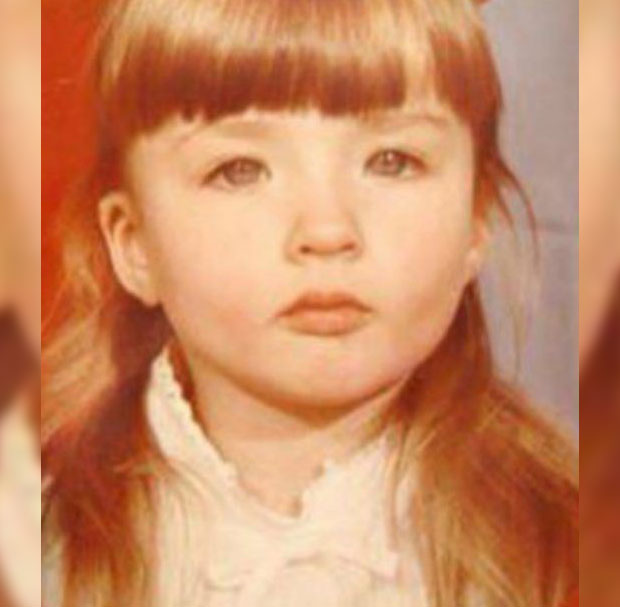 Born in Moldovian SSR (a part of the Soviet Union),  Valeria spent most of her life in Odessa, Ukraine. While she was always a “pretty” girl and grew up to be quite a stunning teenager, she never was quite satisfied with her looks. 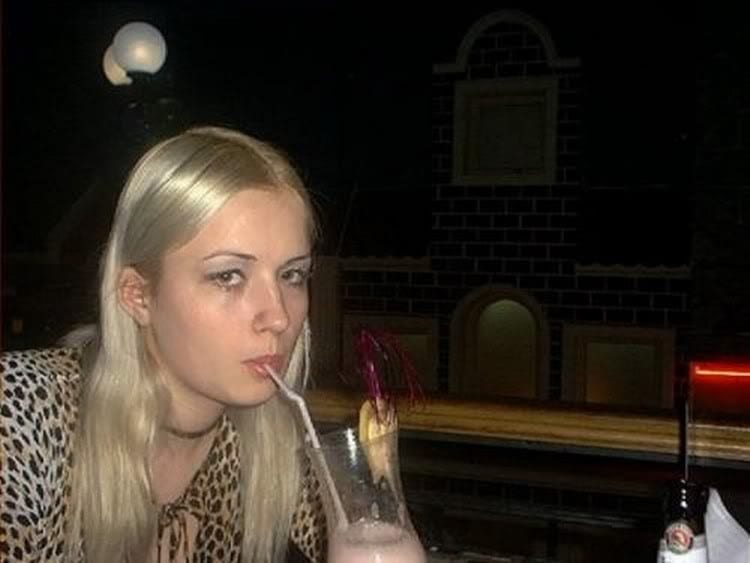 As a teenager, Valeria was best described as a “rebel.” She adopted a more gothic look and rebuked the styles of society. She even went as far as wearing false fangs. Of course, this also led to some bullying at school, with people criticizing her appearance. 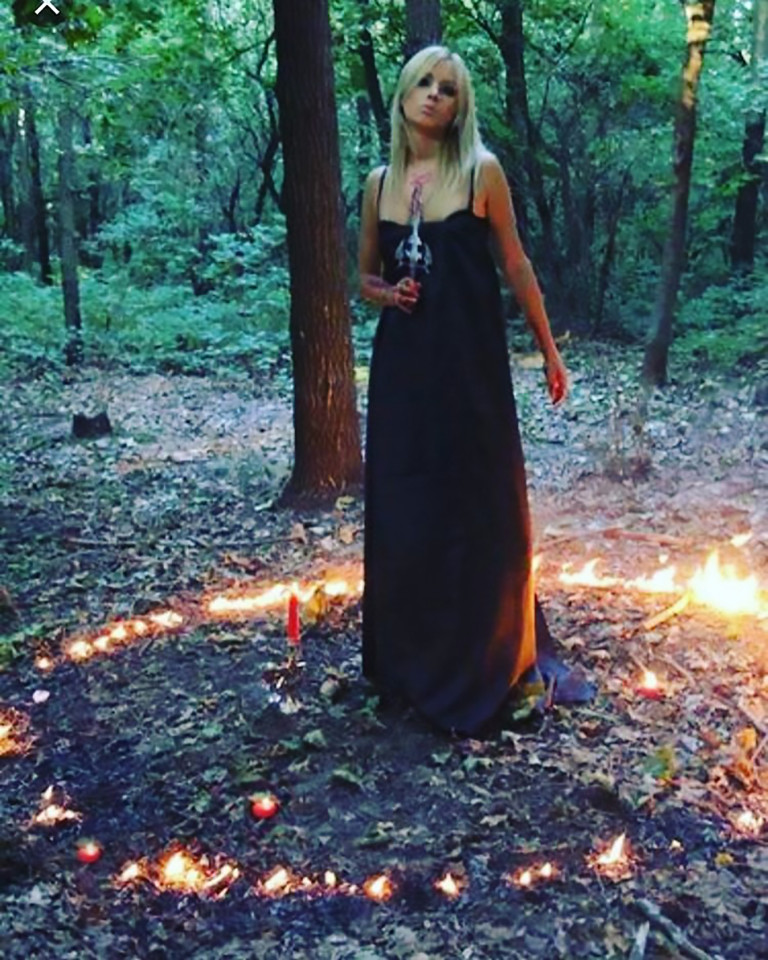 Valeria’s choice in religion didn’t help things either. She began to dabble in witchcraft, which contributed to her darker personality. She was seen as anti-social and somewhat “scary” to her fellow students. Of course, this was only a temporary phase. 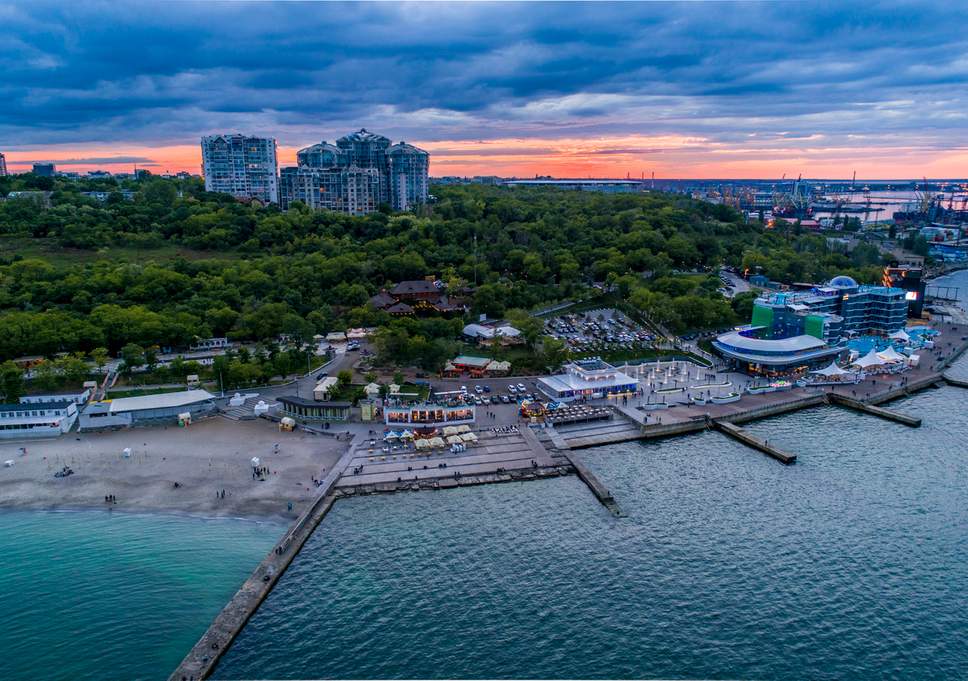 At the age of sixteen, her family moved to the port city of Odessa, and this is when Valeria’s looks began to evolve. Not only did she bleach her hair to platinum blonde, but she began to wear fake contact lenses, transforming her image from dark and gothic to bright and Barbie-like. 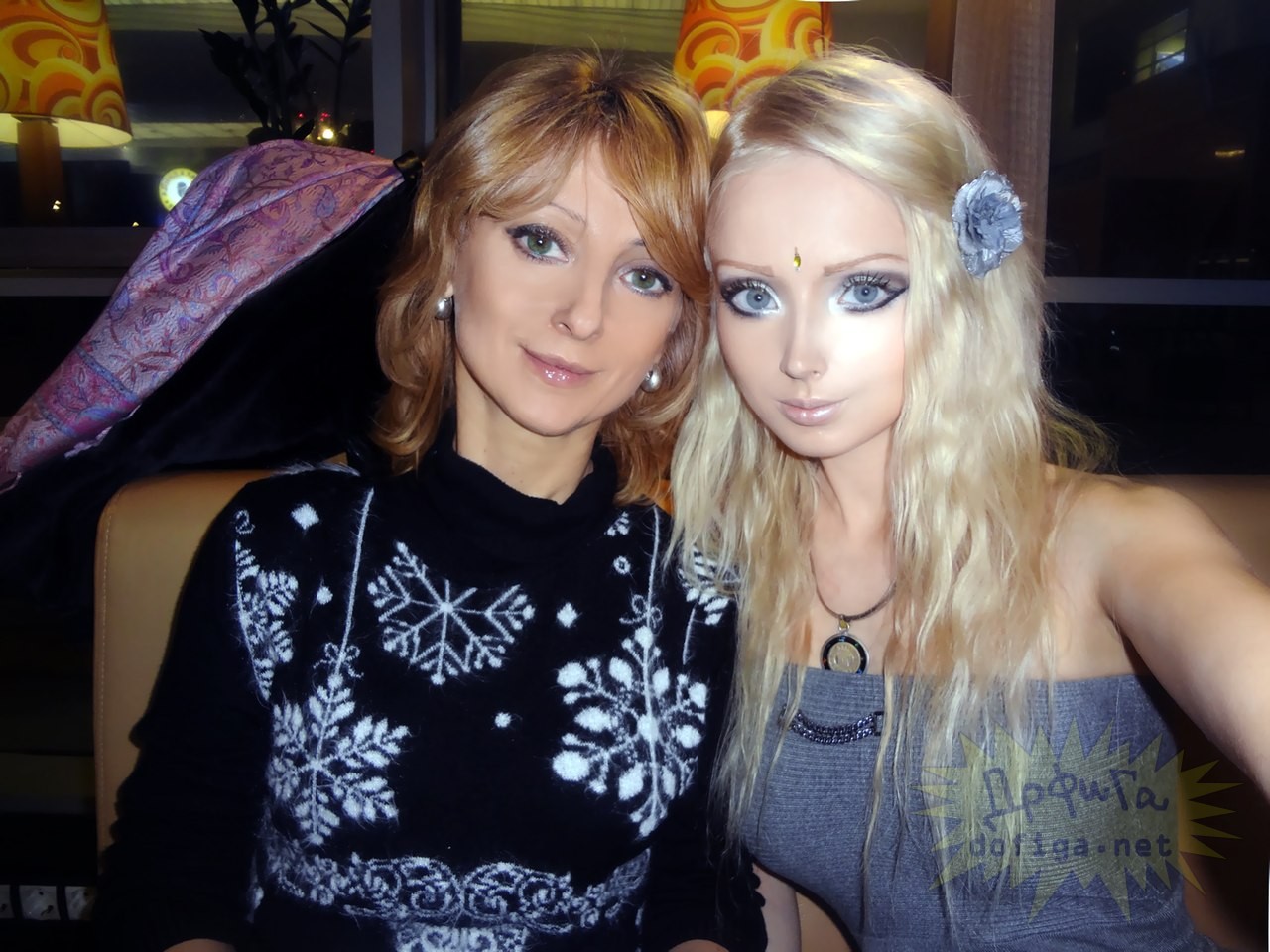 Many might think that Valeria’s obsession may have come from an unhappy home life, but that couldn’t be further from the truth. Her father was a builder with a very successful business and her mother Irina worked with the government. At home, everything was great, but inside Valeria was unhappy. 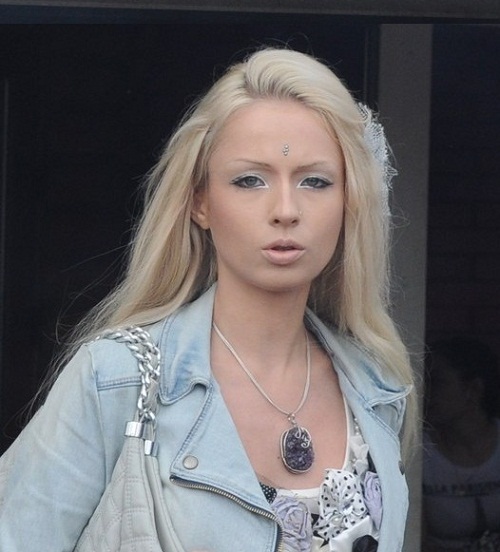 For Valeria, she always knew she wanted something more out of life. Her father worked hard as both a builder and DJ to support his family, even though it barely covered the bills. Watching both of her parents struggles, she knew that a “regular” job was not for her. She wanted something bigger and better. 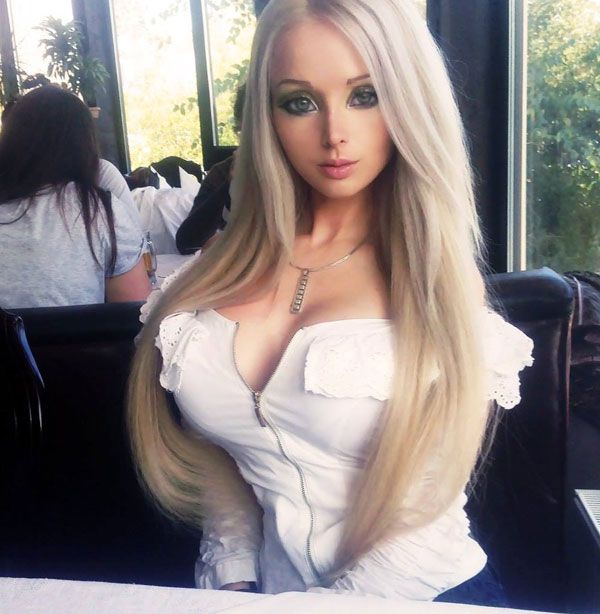 When Valeria began her transformation into looking like a living Barbie doll, it captured the interest of the media. Many wondered how many surgeries she could have possibly had to achieve such a striking appearance. It must have cost a fortune! 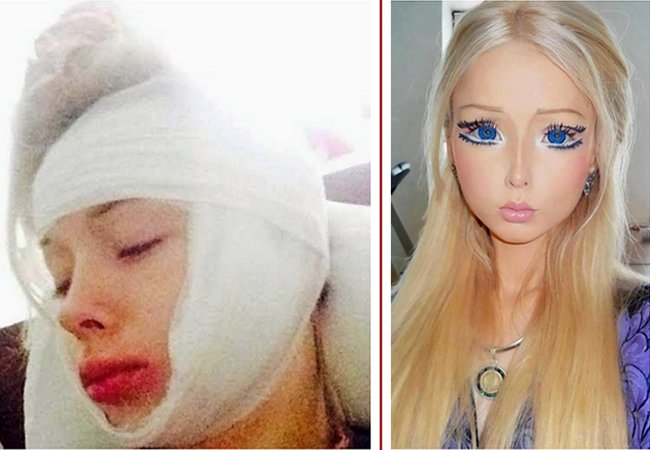 Diet and Exercise Are Key 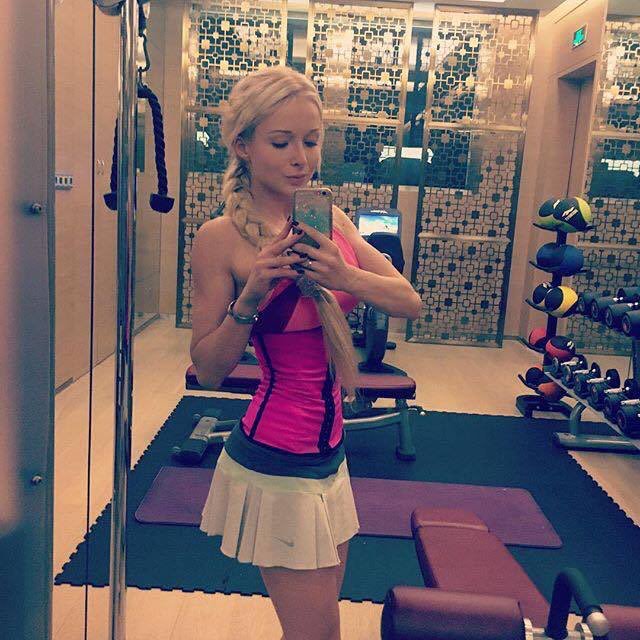 Valeria also maintains a strict exercise regimen. She gets to the gym a minimum of three times per week and also adheres to a mostly liquid diet. This is her secret weapon: tiny food portions = tiny body. Although, some were quite skeptical this was all she had done. 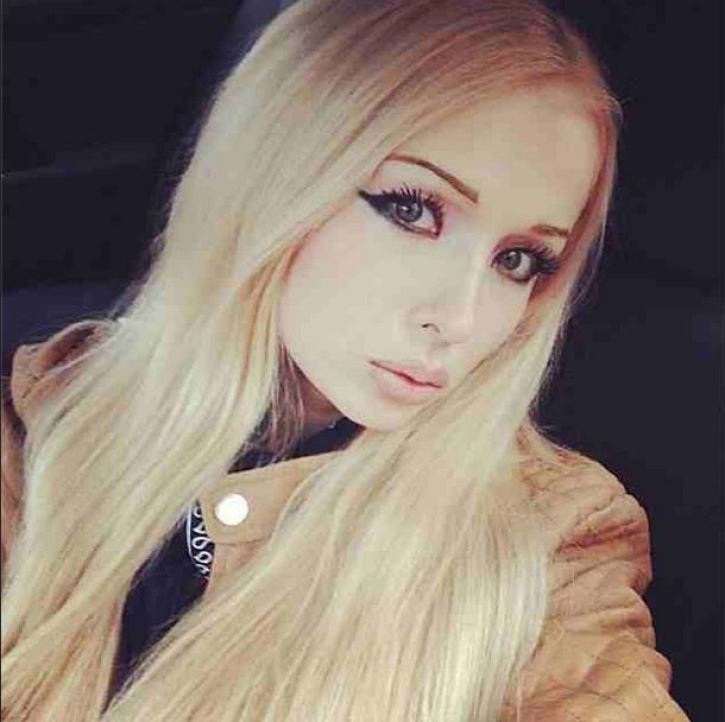 As Valeria continued to transform, her appearance continued to radically change, as well as her spirituality and beliefs. In 2014, she announced her plan to leave food behind altogether. Revealing to the International Business Times, “I have not been hungry at all. I’m hoping it’s the final stage before I can subsist on air and light alone.” 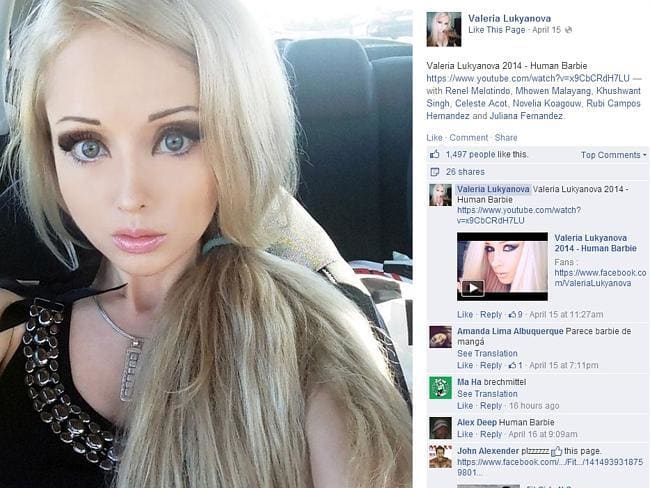 Of course, Valeria’s unique appearance and strange eating habits have made her somewhat of an Internet celebrity. Since 2012, her Instagram has grown to over 300,000 followers. She also has over 100,000 YouTube subscribers. Of course, she’s most popular in Russia, where Valeria has become somewhat of a household name.

Over the years, many skeptics and plastic surgery experts have weighed in on Valeria’s transformation, claiming there is no way it’s natural. It has been assumed she not only has had ribs removed to create her tiny waist, but that she’s had an eyelift, jaw reshaping, and cheek augmentation.

Do you believe her when she says it’s natural? 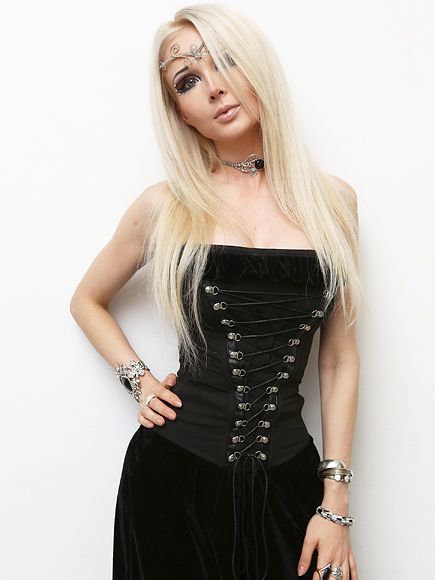 A healthy spiritual life is another obsession for this Internet celebrity. Valeria claims that since she was a young girl, she’s heard the voices of spirits and has communed with presences that aren’t from our planet. In fact, she even believes that she was born on Venus and isn’t from this world at all. 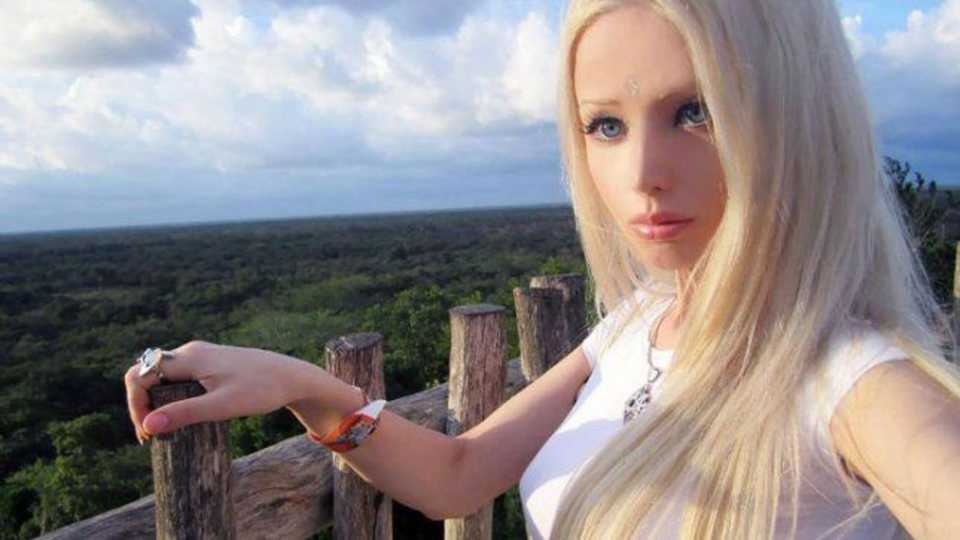 Questioning her sanity, Valeria began seeing a psychiatrist about the voices and spirits. Thankfully, she was informed her mental state was fine, she was simply psychic. Now, she uses her gifts to teach others, although not in a normal educational setting that’s for sure. 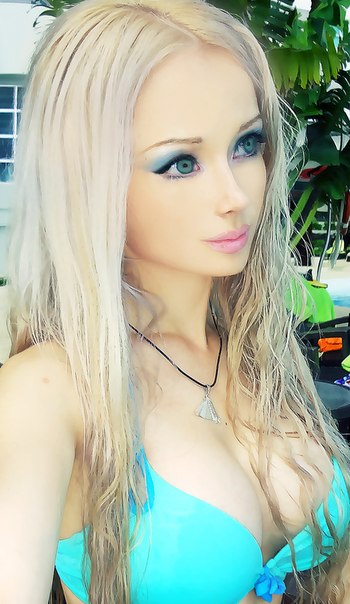 Valeria now teaches at the School of Out-of-Body Travel. This international institution provides instruction on how to leave the physical body behind and travel within the spiritual realm. We think that psychiatrist may want to reevaluate her findings on the “not crazy” part.

The Music of the Universe 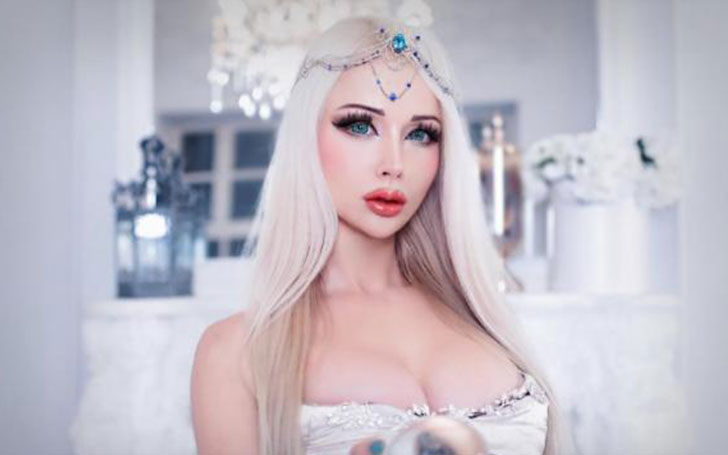 Valeria has also begun composing music based on her astral travels. She considers it a new genre called “new age opera.” It’s definitely of an acquired taste, but her YouTube followers seem to dig it. Who knew traveling the universe would be so musical? 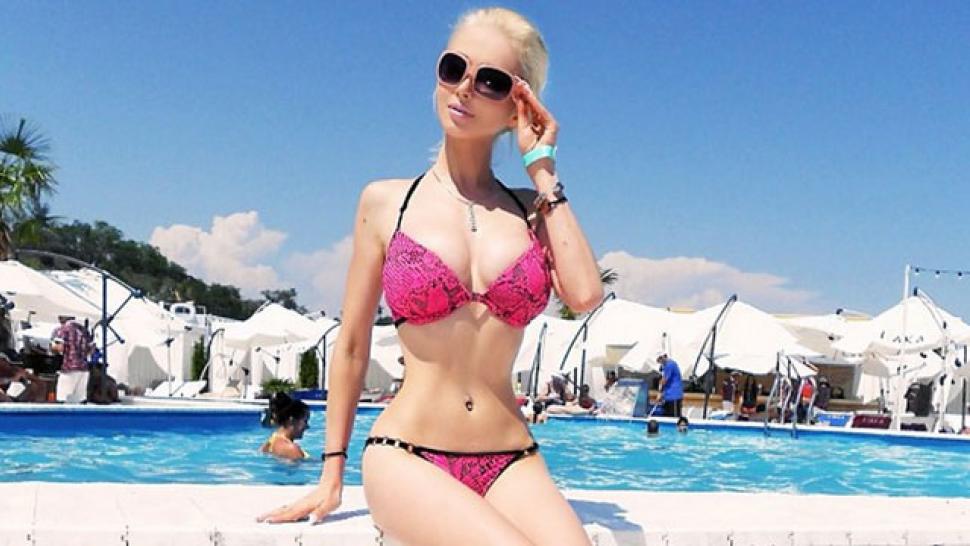 As a spiritual teacher and model, Valeria isn’t opposed to using her good looks to spread her teachings. She knows that her striking appearance is an easy way to lure people in.  “If a nun starts talking about spirituality, will anyone notice her? No, no one will. But if a beautiful, inspiring young woman starts talking about it, many people will start thinking.”

The Past Lives of the Living Barbie 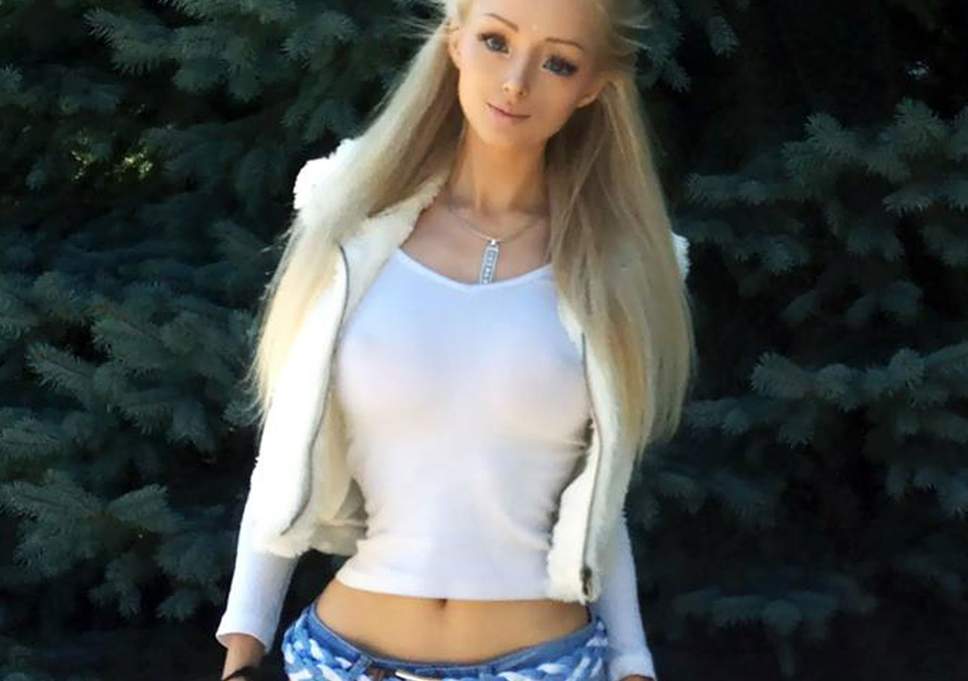 Of course, Valeria doesn’t only believe she is an alien from another planet, she also insists she has had many past lives thanks to reincarnation. In a recent interview, she stated she had lived as a man more than once, from a poor pauper to even a famous king. Though we have to wonder…can an alien from Venus be reincarnated on Earth? 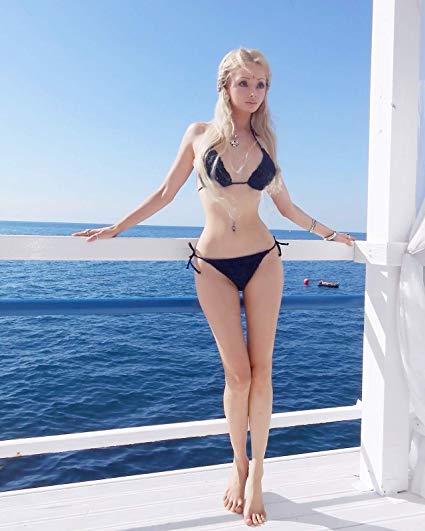 It would only seem natural, that Valeria claims she has conversations with other beings across the universe. These other civilizations come to her in visions and help her understand creation and its many facets. According to Valeria, they don’t communicate verbally, but through the “language of light.” 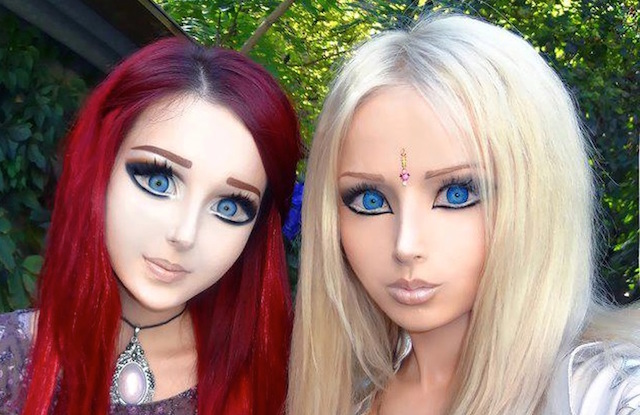 Valeria’s life as a living Barbie has inspired others to transform their appearances as well. Anastasiya Shpagina is a fellow Ukrainian who has transformed herself into a living anime character. And while she was friends with Valeria in the beginning, the media attention caused a massive fallout between the two. 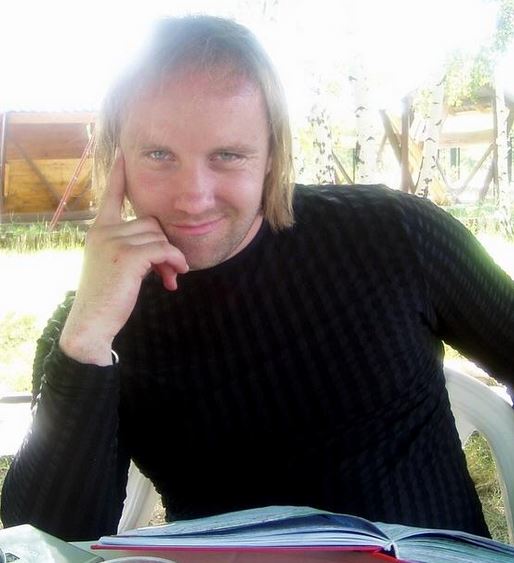 Despite her strange beliefs and unique appearance, Valeria has managed to fall in love and is married to an Odessa businessman named Dmitry. In fact, he was a friend of her father’s she began to grow close to. However, don’t expect them to start a family of little Barbies anytime soon. 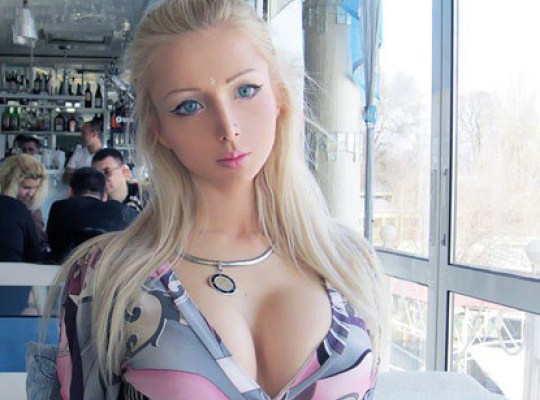 According to Valeria, children are simply just not in the cards for her future. “The very idea of having children brings out this deep revulsion in me,” she told GQ magazine. “What would you keep the children for? So they can get you a glass of water when you’re on your deathbed?”

No Limits to Perfection 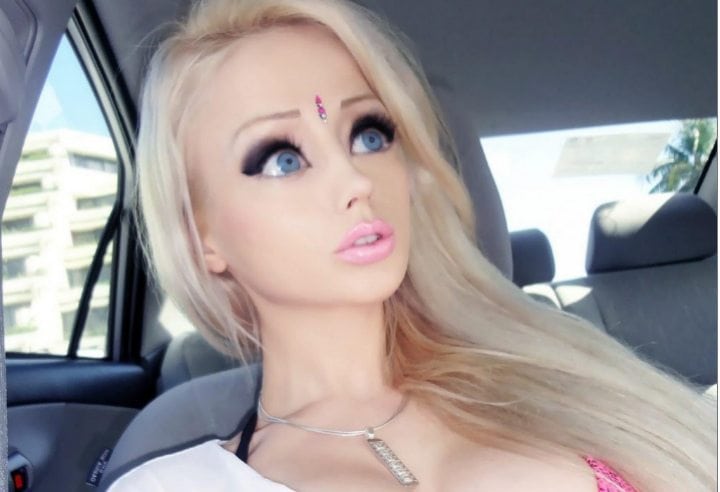 So, what are Valeria’s future plans? Well, for starters she wants to move to the United States and continue to gain exposure. She also lives by the philosophy that perfection has no limits and hopes to one day live completely off of solar energy.

Valeria Lukyanova certainly proves that life can be an adventure by following your dreams, no matter how the world may judge you. Keeping being you, girl!