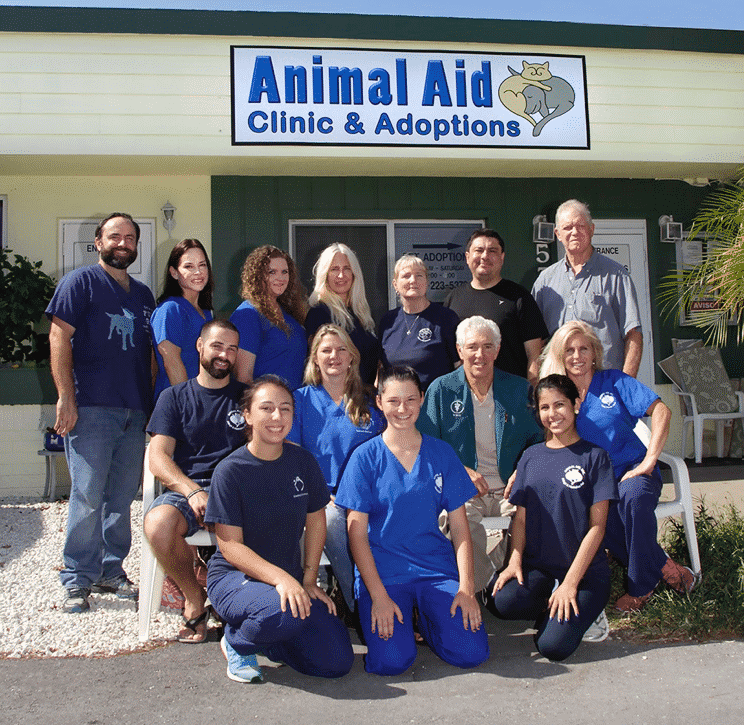 Animal shelter workers have seen a lot of pretty out of this world stuff, but none have shocked them as much as this particular story. Shelter workers in Oakland Park, Florida were completely baffled when they came across a dog whose situation would break their hearts. 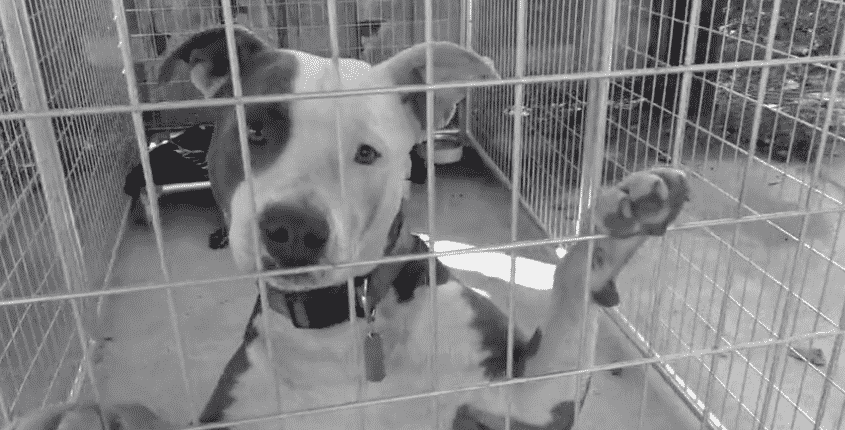 On one particular morning, animal shelter workers at Animal Aid were heading into the area when they saw a dog waiting outside. It isn’t unusual for a dog to be left outside by owners who could no longer care for them, but this time it was different. 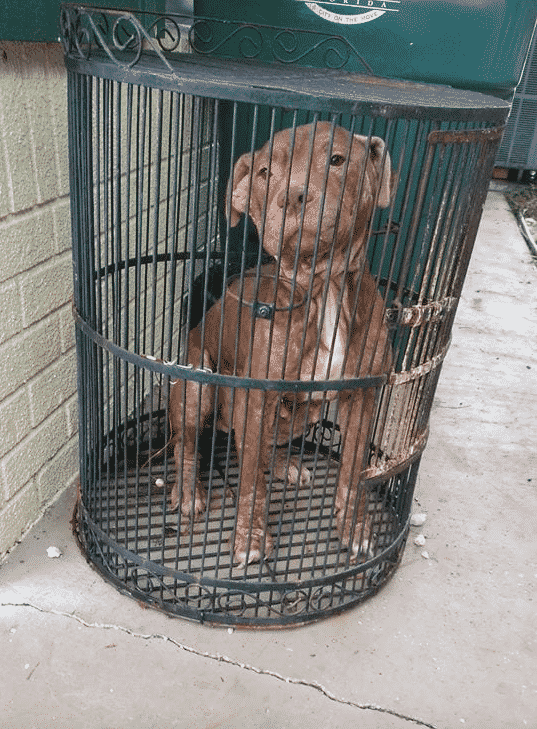 There, waiting patiently outside, was a dog sitting inside of a birdcage! The dog was a skinny and absolutely terrified pit bull that was in need of immediate attention and care. 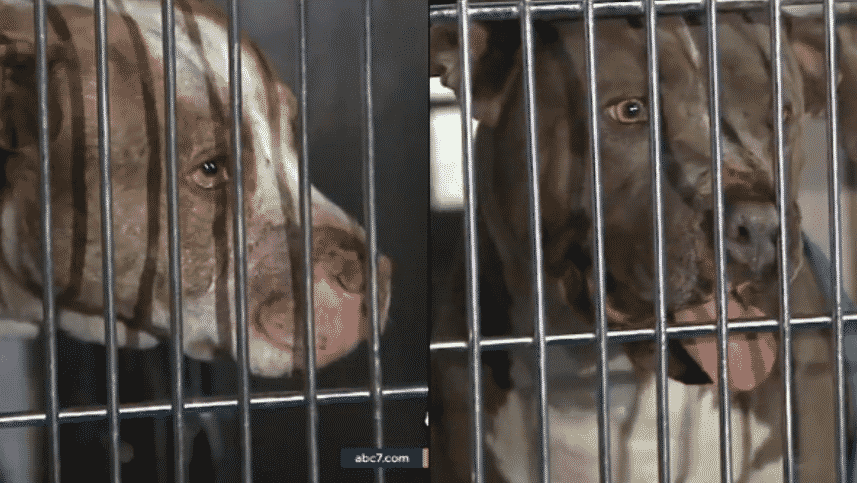 Pit bulls are not tiny dogs at all. So, you can only imagine how uncomfortable the poor pit bull must have felt in such a confined space. It was obvious to the shelter workers that the dog had belonged to an owner who neglected it. 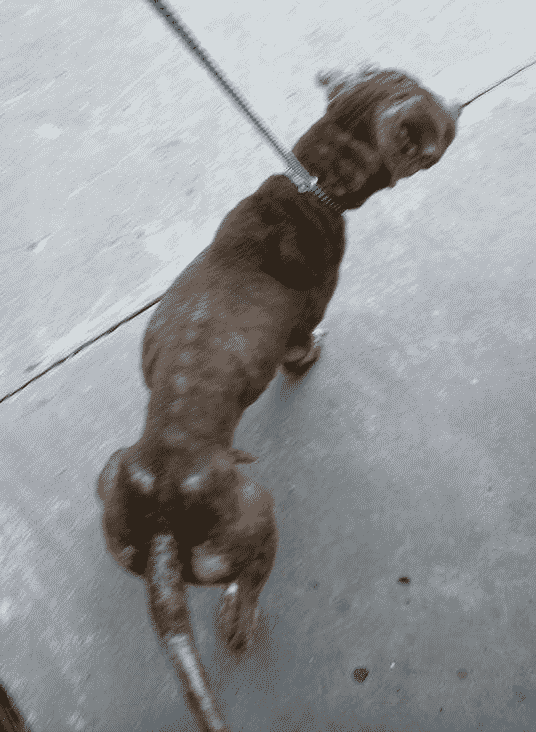 By just looking at the dog, shelter workers could see that it was suffering from a severe case of demodex mange, meaning that her skin was covered in sores. She was also covered in fleas. Shelter workers also noticed she had given birth to multiple litters in her life. 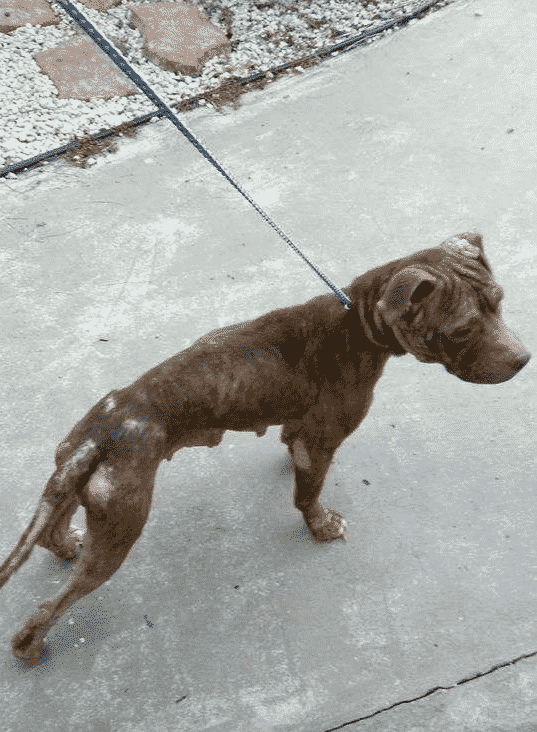 The shelter staff immediately brought the dog in, whom they named Birdie, and began to give her the care she so desperately needed. They decided to make a Facebook post about Birdie and everything she had gone through. 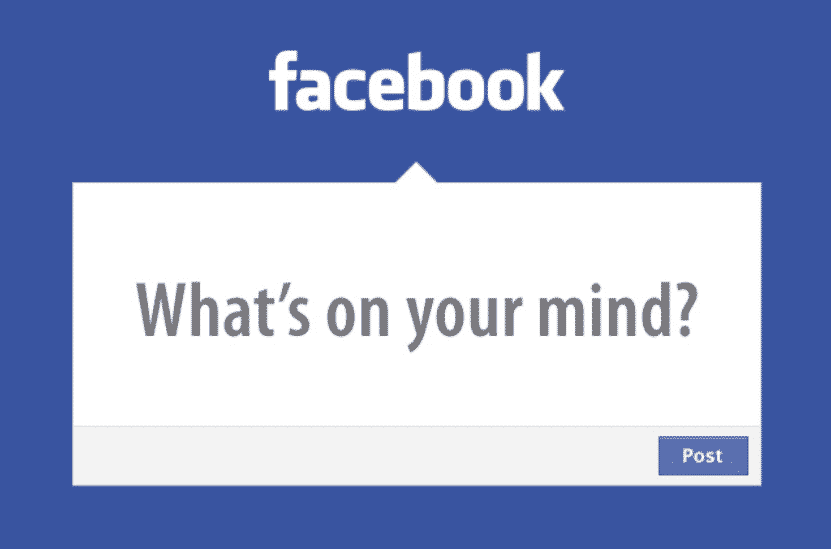 The shelter staff made the Facebook post, hoping that it would help Birdie get adopted. The post made its way over to Regina Vlasek, founder of Saving Sage Animal Rescue Foundation. She quickly read through the post and was stunned. 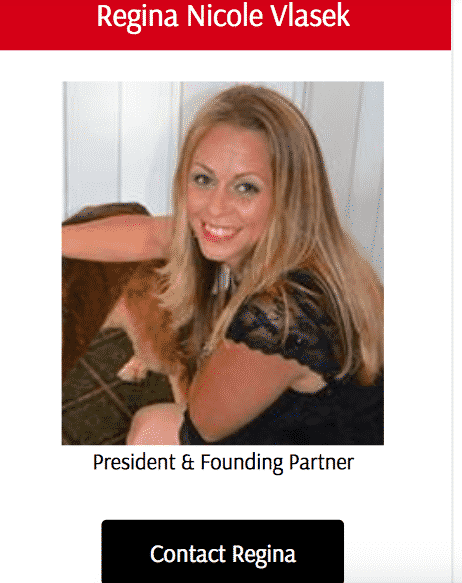 “This emaciated pit bull was crammed into a Birdcage that we had in front of our adoption center for sale. I don’t even know how they fit her through that little door. Even still she is in great spirits very happy,” shelter workers wrote. Regina immediately felt her heart tugged at… 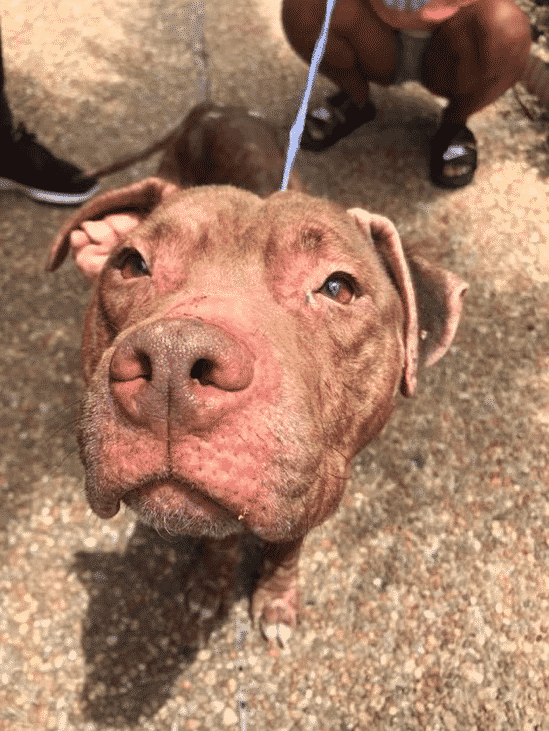 “It was just so pathetic,” Vlasek told The Dodo. “She wouldn’t even hold her head up — she was just so sad.” Regina couldn’t understand how someone could have just shoved such a gorgeous pit bull into a birdcage and leave her.

“It’s like a parrot cage,” she said. Regina immediately got in touch with Animal Aid and asked them if she could bring the dog into Saving Sage. Animal Aid immediately agreed and Regina went off to pick up Birdie. 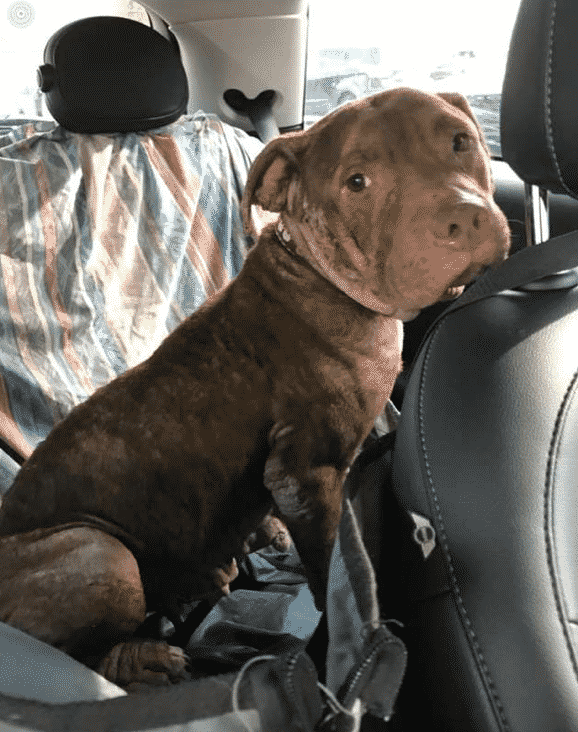 As soon as Birdie was in Regina’s care, she took the sweet pit bull to the vet’s office for a full check-up. Regina was shocked by the news that she heard from the vet. 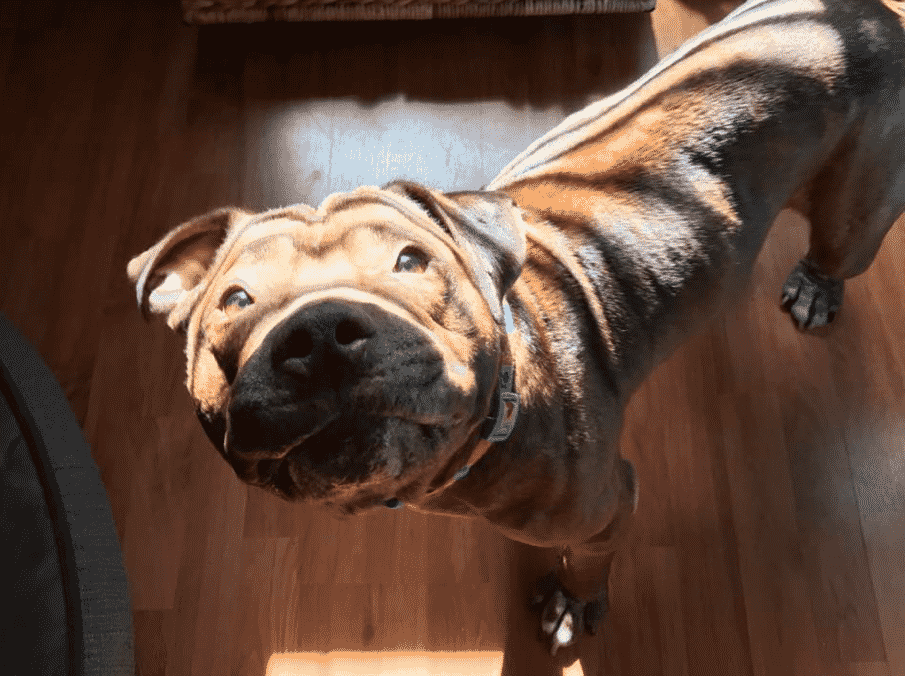 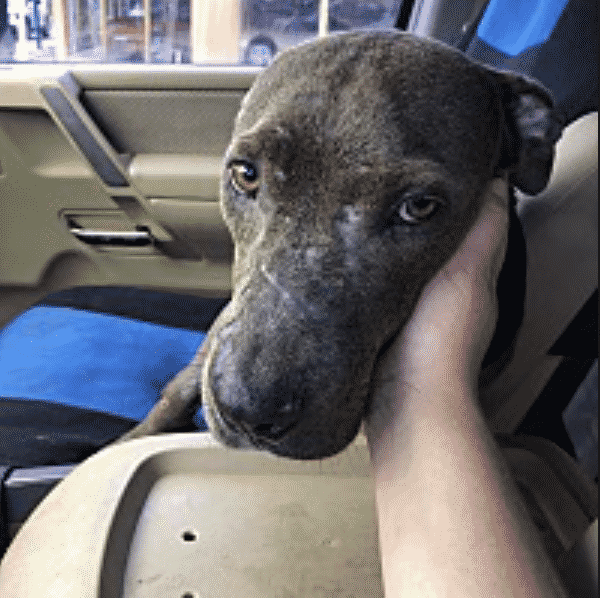 Regina believes it was Birdie’s vast number of medical issues that caused her to be abandoned. It seems that a lot of people tend to abandon their pets when they can no longer take care of their medical issues.

“I would say that the reason the majority of people leave their dogs is because they can’t properly care for medical conditions,” Vlasek said. “For people who don’t have enough money, it can be almost overwhelming.” 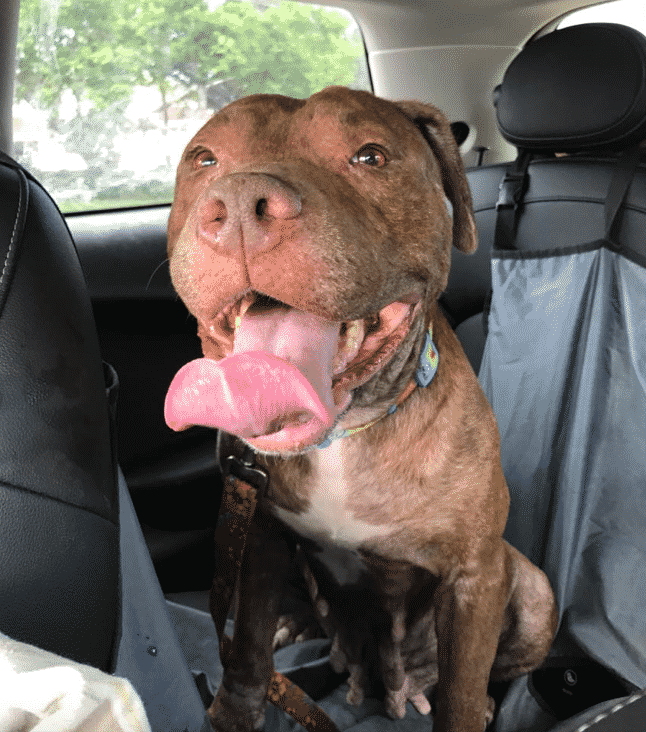 However, Regina has had a hard time understanding how anyone could have so easily given up Birdie. “She’s always just so grateful and happy for attention and love,” Vlasek said. 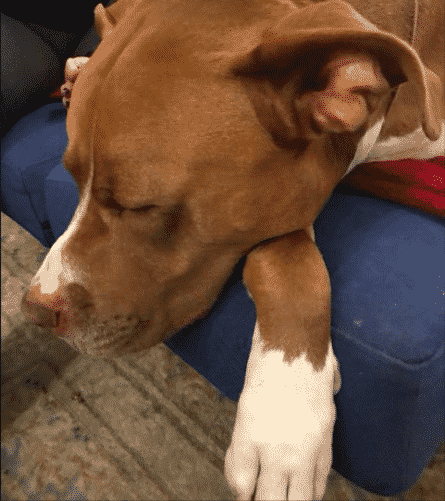 “With that skin condition that she had before, she smelled really bad … so I assume that she was looked at as if she was gross. We didn’t really care — we loved her anyway,” Regina explained. “And we love her up and hug her, and she’s just so grateful to be with people, and have attention and to be with other dogs. So she’s pretty perfect.” 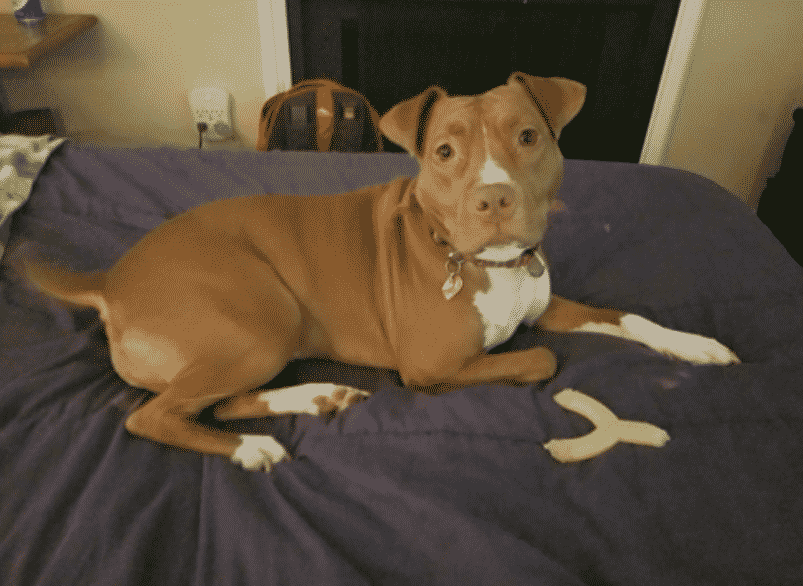 Birdie has recently been relocated to her foster home, where she lives with her new foster mom, Amanda Trainer. Birdie has been loving life at Amanda’s house and she has been happier than she has been in a long time. 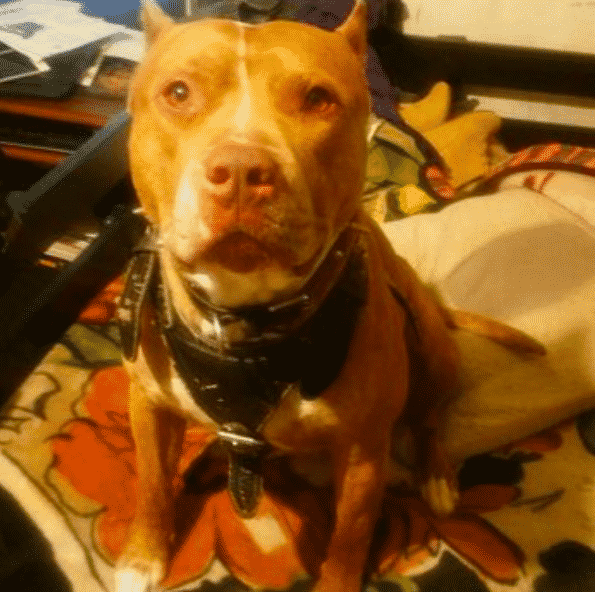 “Birdie is a very sociable and playful dog,” Amanda told The Dodo. “She lives with me and my three other dogs and she also does well around my 3-year-old nieces.”

“She loves chew toys and has a strong jaw and will chew through toys very fast,” Amanda added. “If she isn’t play-wrestling with my other pit bull, she is laying by my side. She is what I like to call a ‘velcro dog’ who does not like to be away from her humans.” 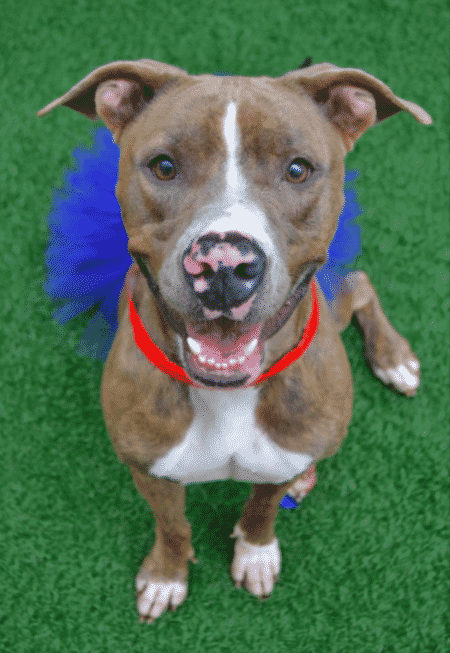 For now, Birdie is enjoying life in her new foster home until Regina is able to find her a forever home. “She will be a great pet for a family,” Amanda stated.