Stories of the Most Horrible Bosses 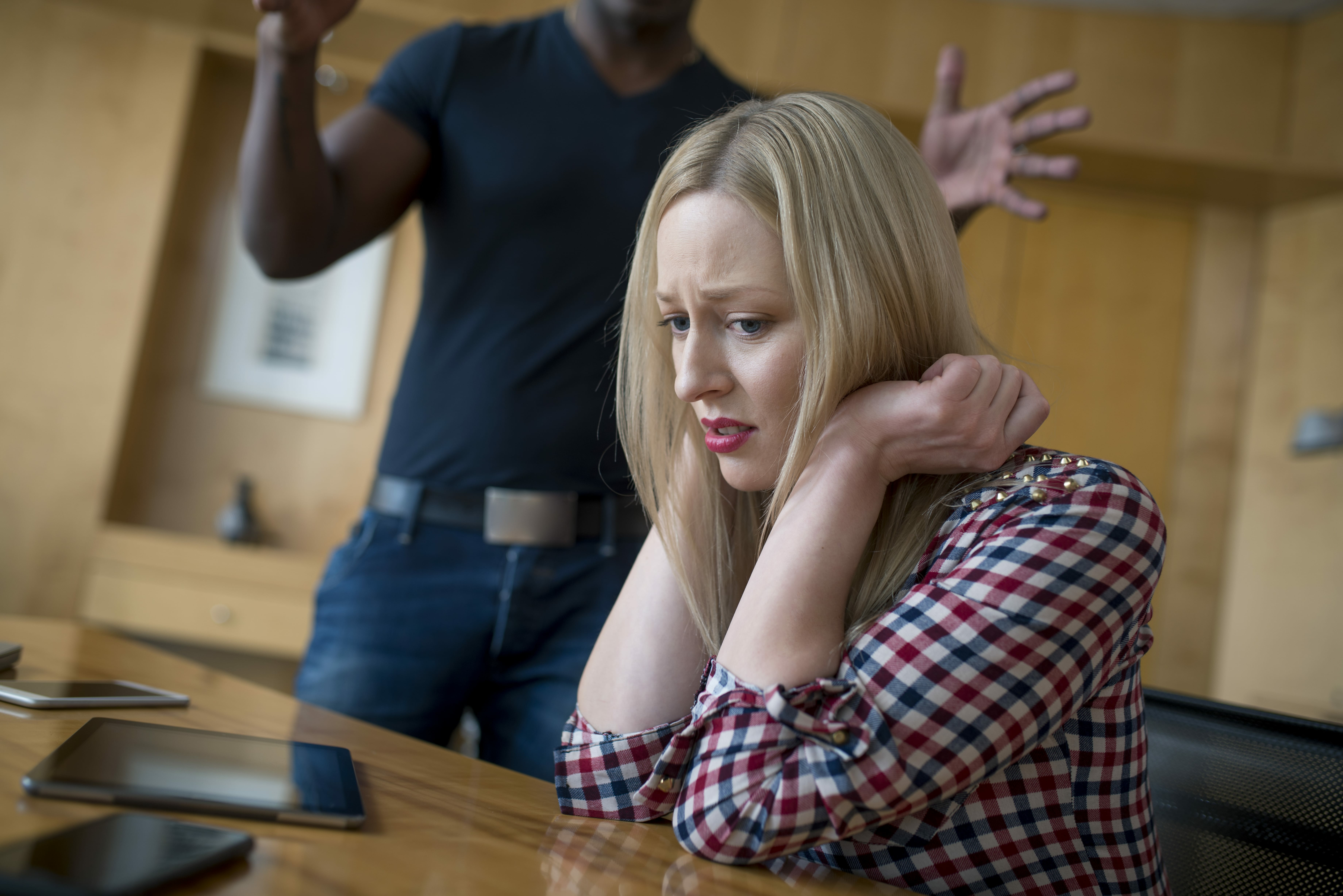 Working with a bad boss makes going to work that much more of a terrible experience. From yelling to petty requests, these are some of the most horrible bosses known in the workplace. 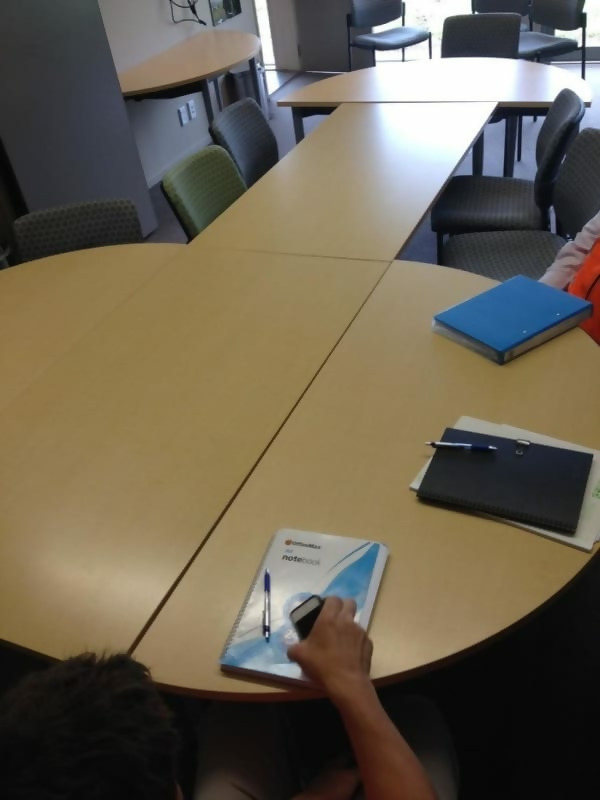 One employee was asked to come into work on her day off for a meeting. So, after rushing to look presentable, she shows up to the office only to have her boss request that she arrange the meeting room.

It’s a nice gesture for a boss to give his employees a Christmas gift or bonus. However, one employee noticed that the $50 gift card her boss had given her one Christmas was deducted from her paycheck that month. 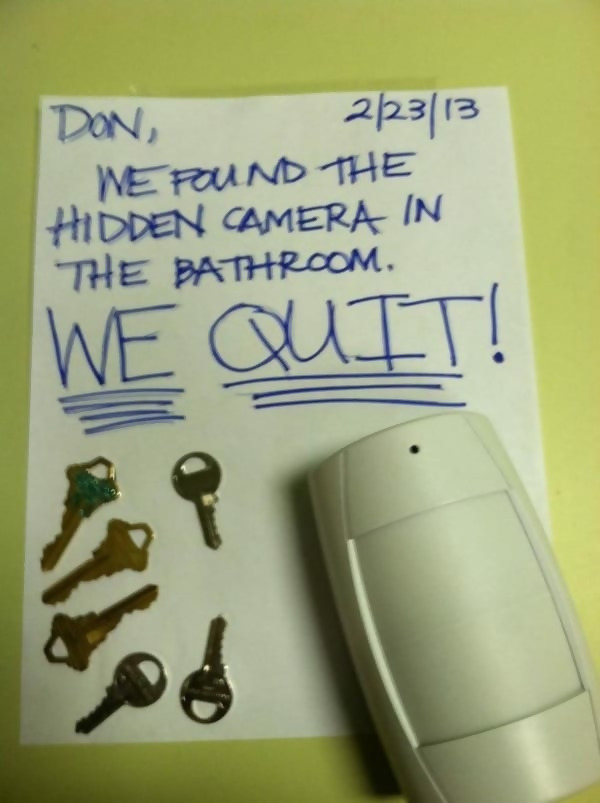 The whole lot of employees at a tattoo parlor quit their jobs when they noticed a hidden camera in the employee bathroom. So, they left this note for their boss. Hopefully they also had the guts to file a lawsuit. 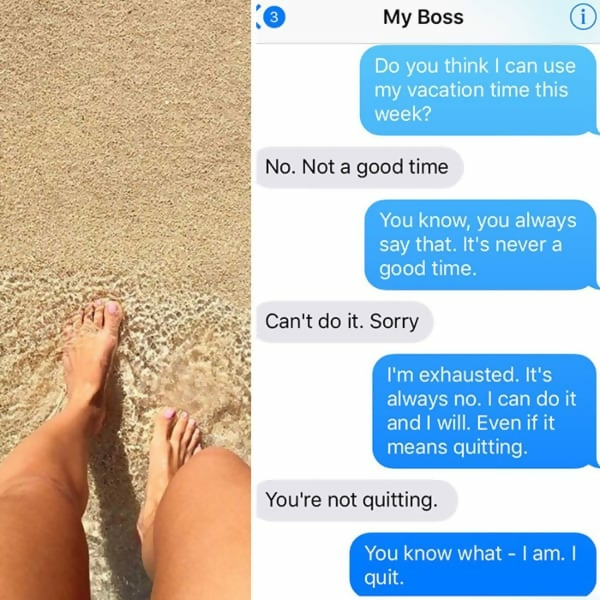 This woman was called on her bluff. After asking so many times to take her vacation days, her boss always told her that she couldn’t. So, she quit and is now lying on an island with her toes in the sand. 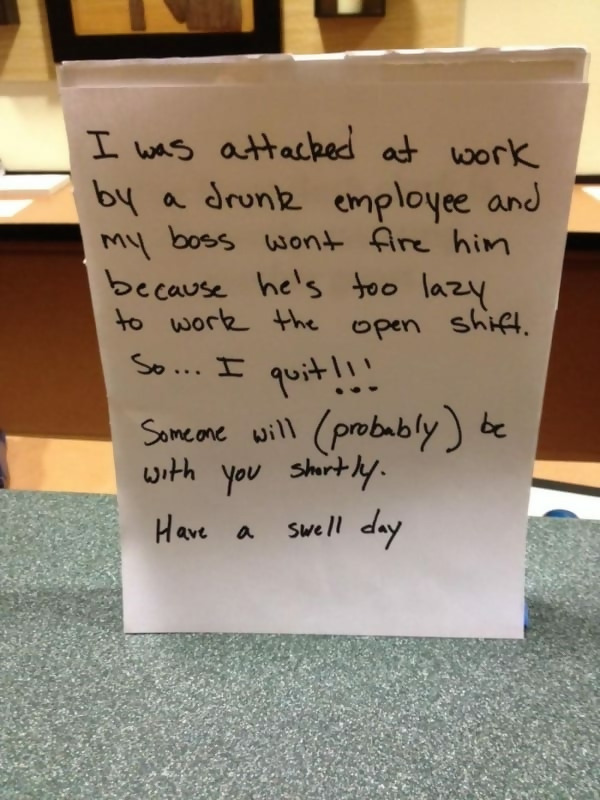 A lazy boss is a terrible boss. When this boss wouldn’t fire an employee for attacking another employee, the victim quit and left this note on the front desk for everyone to see. 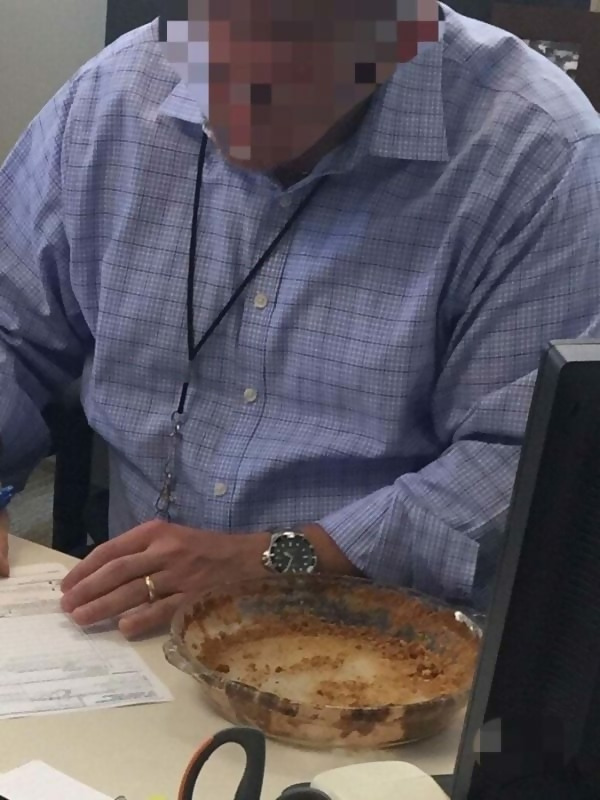 One employee was gracious enough to bring in a homemade pecan pie for everyone in the office to enjoy. Unfortunately, she noticed the pie missing and then found it completely devoured in her boss’s office. 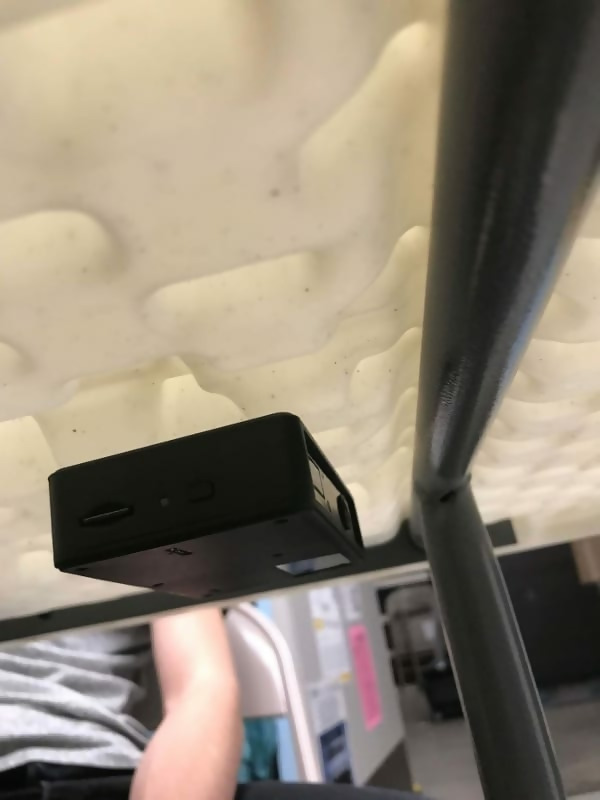 While we put bosses on a higher level than every other employee, sometimes they are just as petty as everyone else. One employee discovered a secret recording device under the table in their break room that their boss would listen to and see if his employees were speaking badly of him. 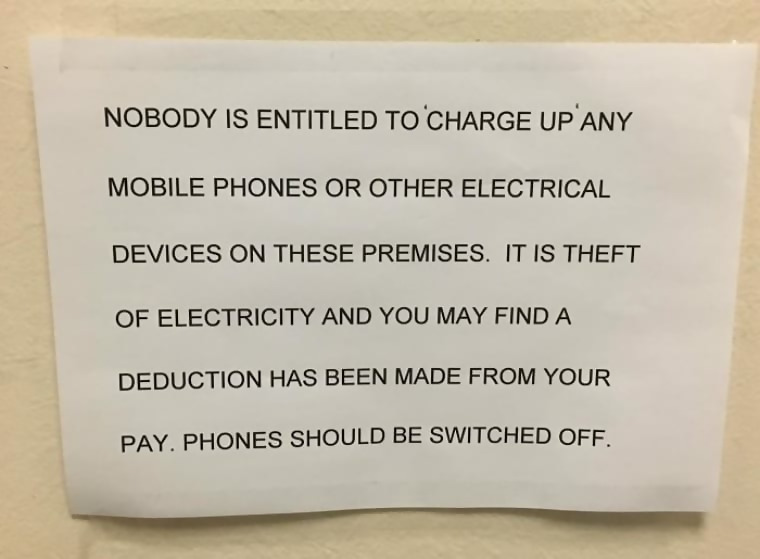 Now this is absolutely ridiculous. We know not to steal pens, paperclips, or time from work, but electricity is quite a stretch. This boss is certifiably crazy when it comes to keeping his employees in line.

Wasting food is absolutely terrible. Well, this boss doesn’t allow his employees to take home any leftover food that he bought for the office. So, they have to throw it all out. 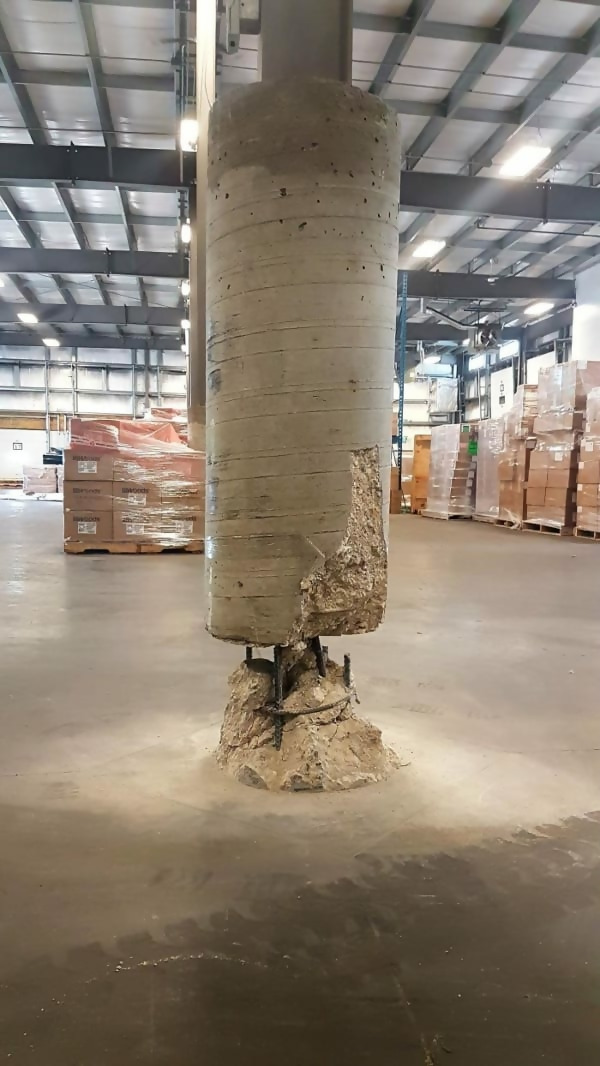 There is nothing worse than a cheap boss. This boss refuses to fix this structural pole and puts all of his employees in the warehouse in danger. Now that accident will be much more expensive than fixing the pole. 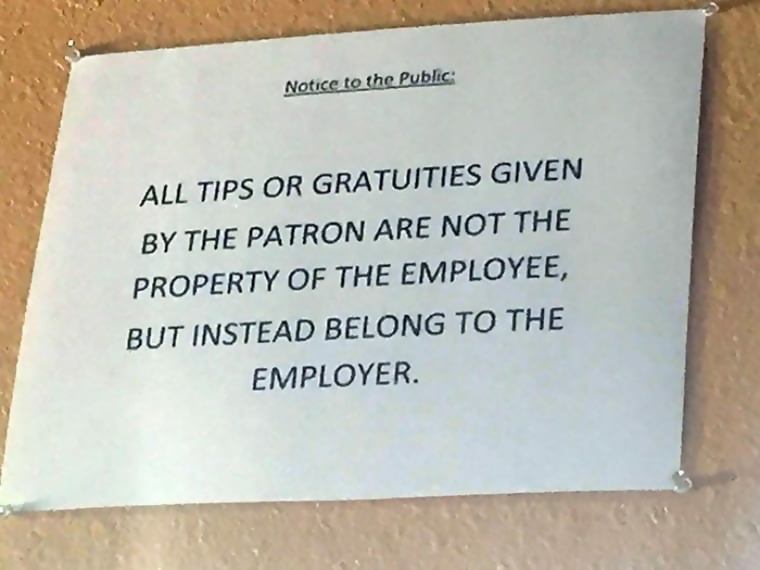 Working as a waiter or waitress already sucks because you basically only work for tips. Well, this employer made it clear that not even the tips belong to his employees. 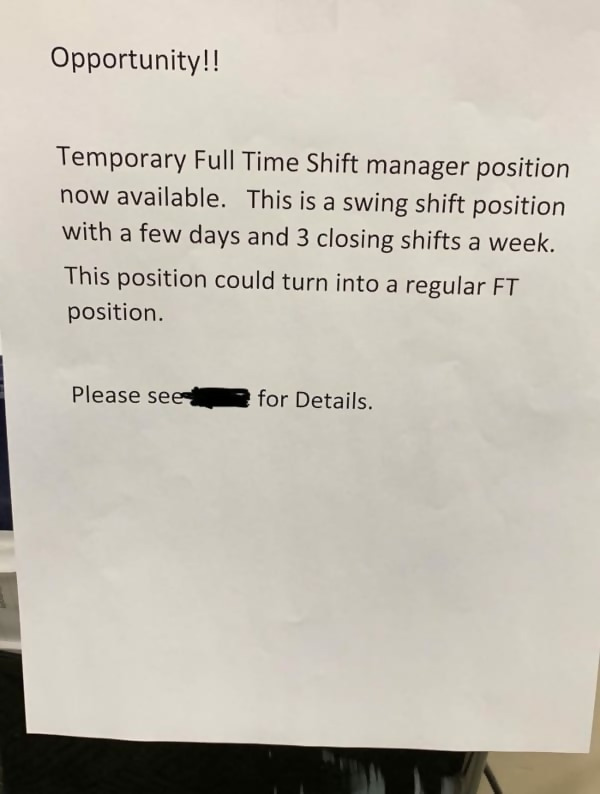 When one manager was diagnosed with colon cancer, this sign appeared in the break room just a few days later. Talk about an insensitive (and illegal) way to go about business. 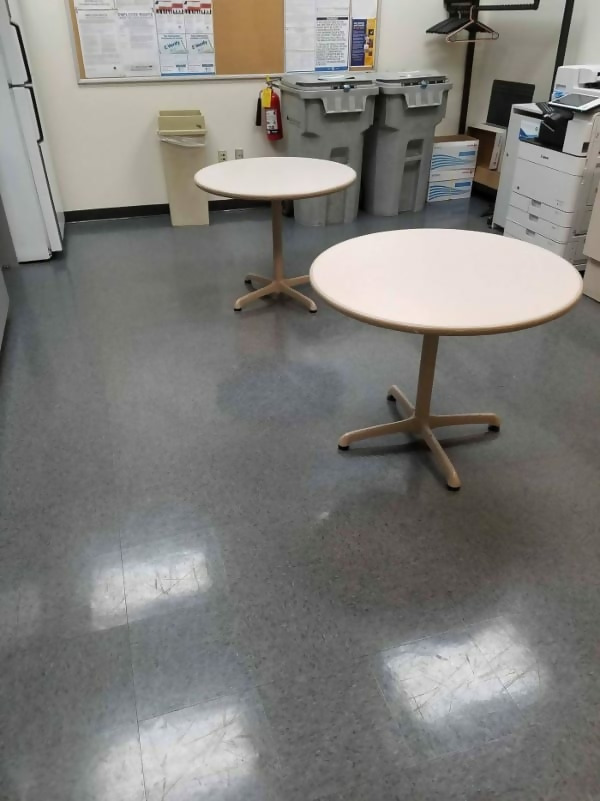 Some bosses can be incredibly picky about things in the office. This boss in particular didn’t like the color of the chairs in the break room, so he had them all removed. Now everyone has to eat lunch at their desks. 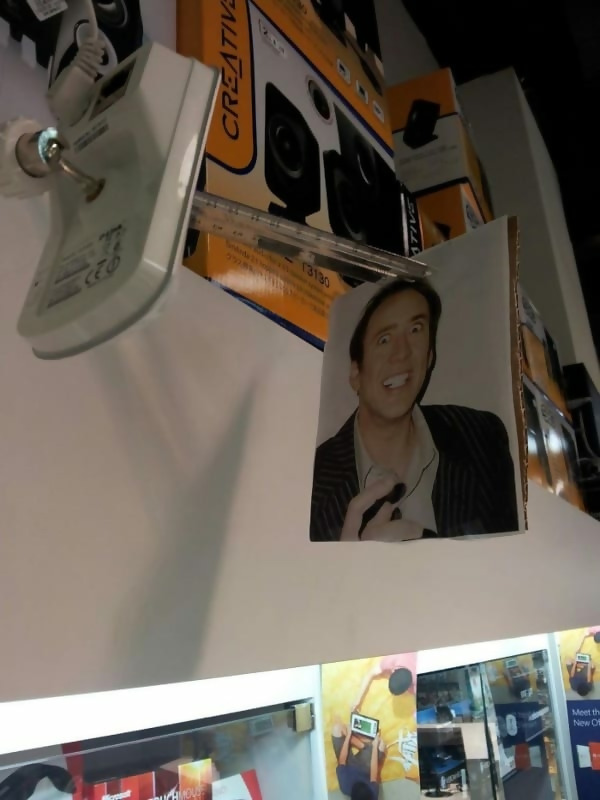 It seems like a lot of bosses have trouble trusting their employees. This boss decided to install a security camera in the office, so this employee retaliated with a picture of Nicholas Cage. 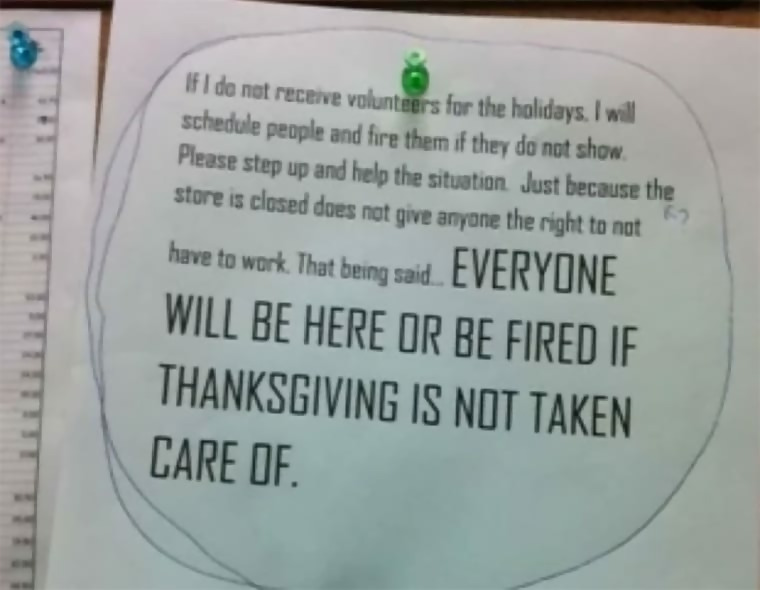 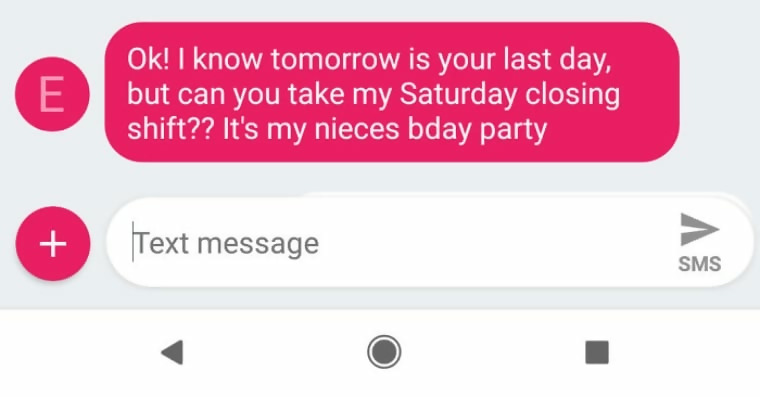 After an employee quit their job because of the unprofessionalism, she received this text from her manager. Her boss still doesn’t manage to let her down when it comes to keeping it unprofessional. 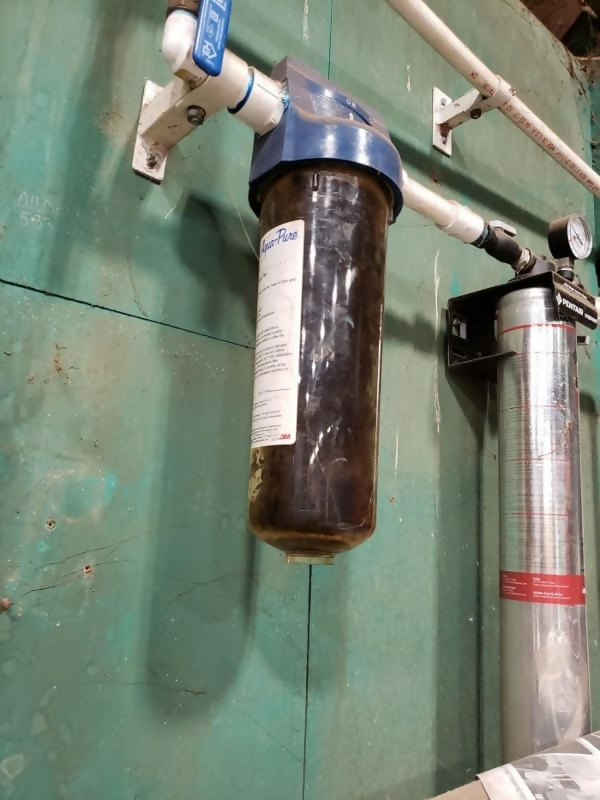 This is supposedly a “working” water filter at one office. When the color of it was brought to the boss’s attention, he waved it off and said that it was completely fine. 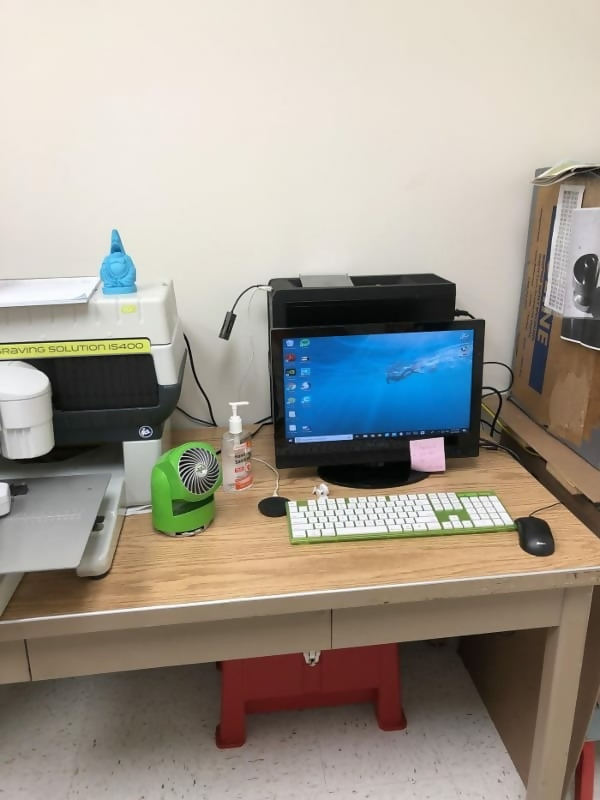 This boss waited until this employee took a day off to replace his large monitor with a small one at his desk. We can only guess who happy the employee was when he returned the next day. 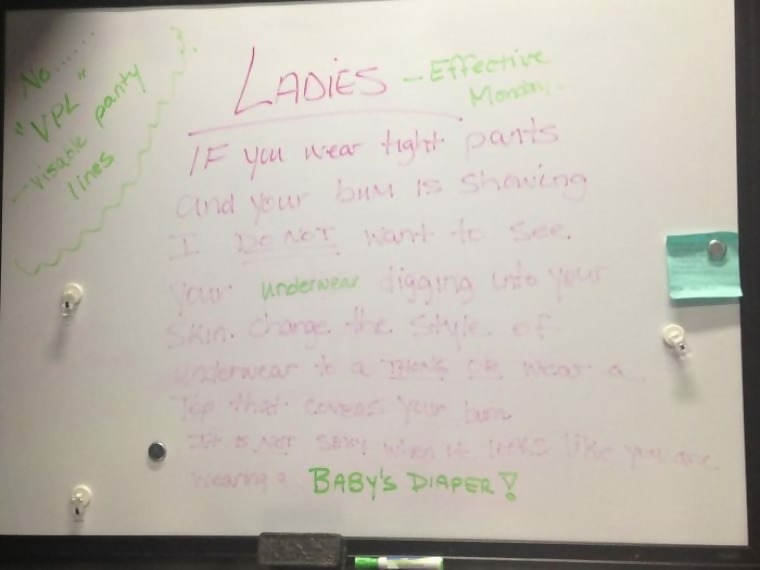 It’s acceptable to have a dress code in the work place, but this is taking it a little too far. One boss doesn’t want to see underwear lines when women wear certain pants and is mandating what type of panties they should wear. 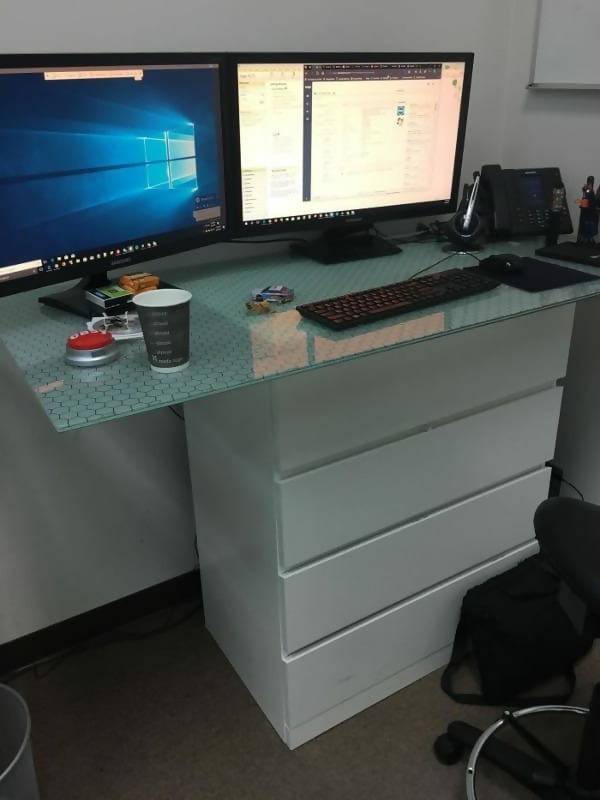 We can’t imagine the reason for this change, but one boss decided to switch out everyone’s desks with dressers and a glass slab for the top of the “desk” over a weekend. Needless to say, the employees were less than pleased when they returned. 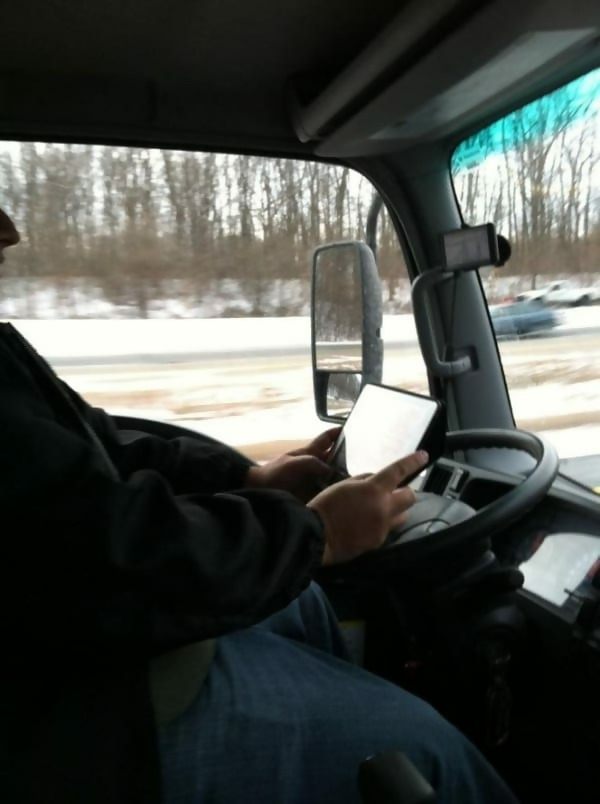 While riding with his boss one day, this employee felt scared for his life. His boss decided to play a game on his iPad while driving a large truck on the highway in the snow. 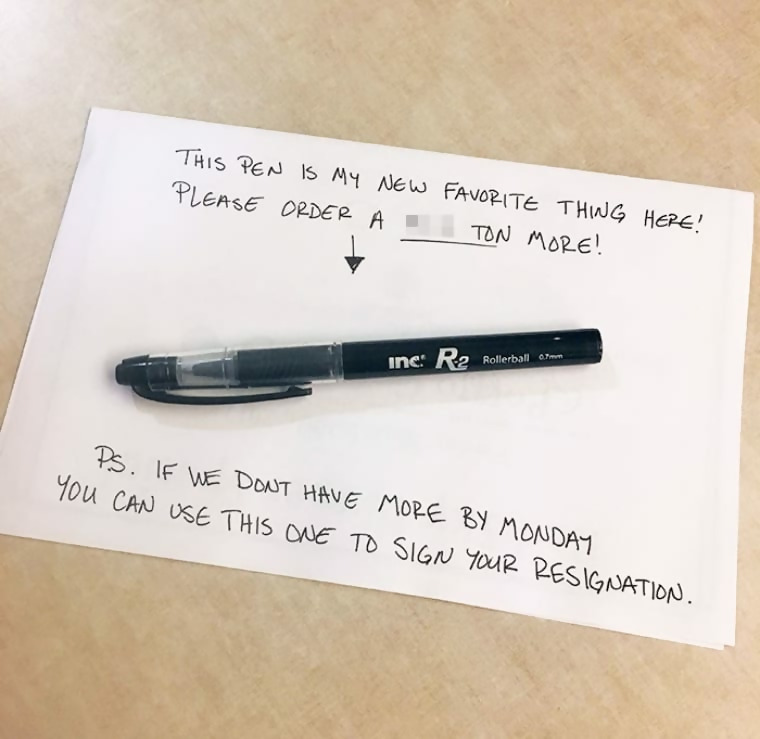 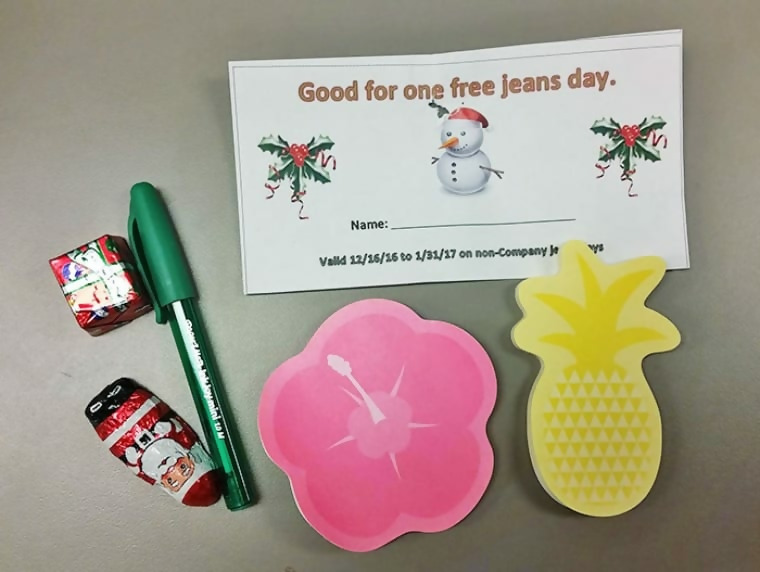 While working at a Fortune 500 company, this was the Christmas gift given out to employees. They couldn’t even afford to give them a full-sized pen. 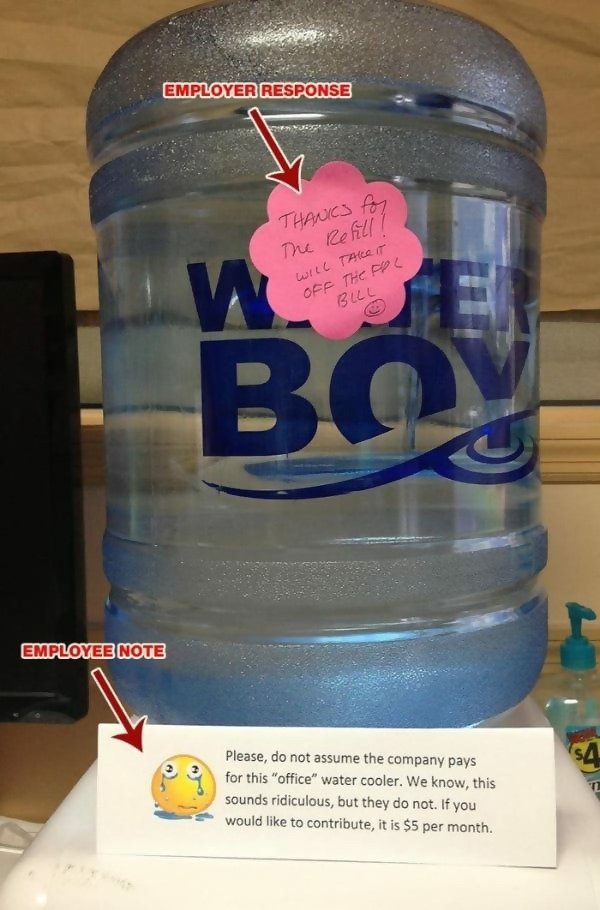 This multi-million dollar company is so cheap when it comes to treating their employees that they won’t even pay for the water cooler. So, now everyone has to chip in for it. 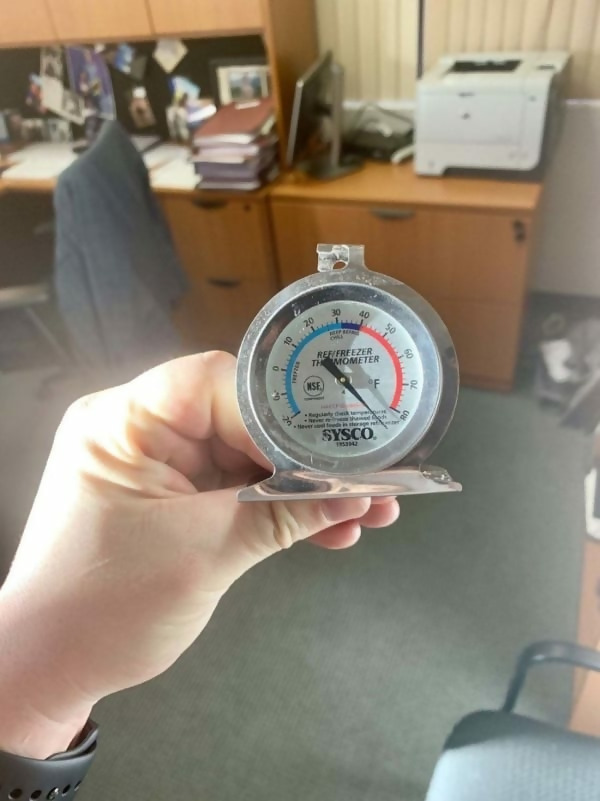 Who actually gets to control the status of the thermostat? Apparently the boss in this office has complete control and likes to sweat his employees out. 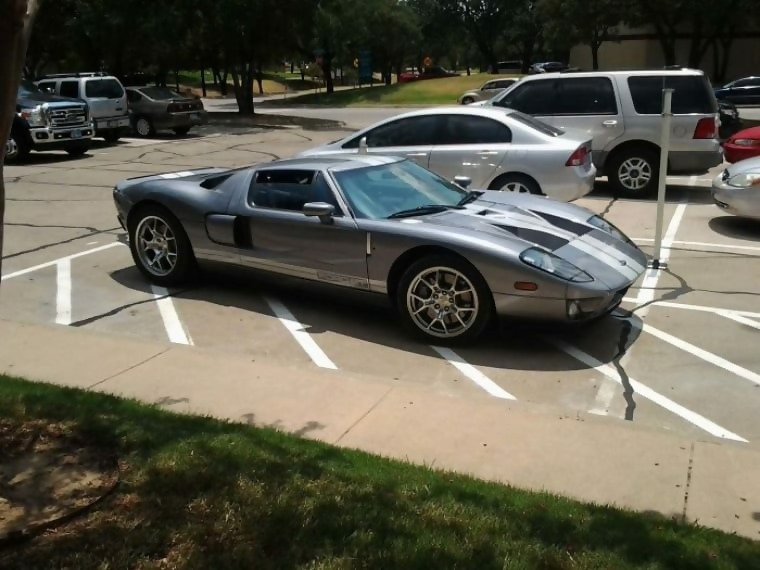 When you’re the boss, you get some special privileges. One example is that nobody can really complain about your terrible parking job because, well, you’re the boss.

Taking it Too Far 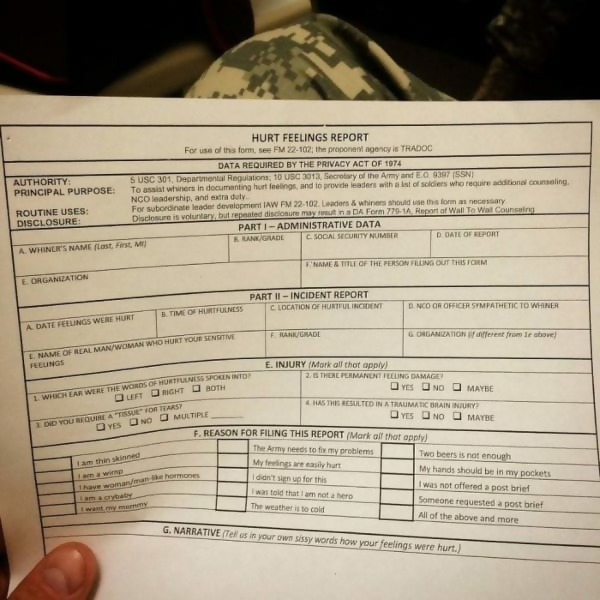 After complaining about something to his boss, this employee found this sheet on his desk. Talk about insensitive and rude.

Putting Them to Work 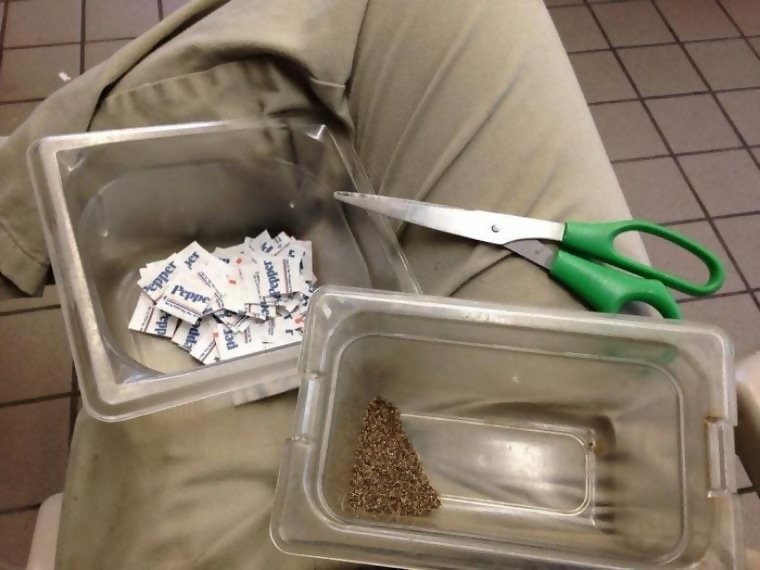 Working in the food industry can really suck. This boss ended up buying 6,000 packets of ground pepper rather than a shaker. So, this employee now has to cut through them and put the pepper in a container in order to make their burger seasoning. 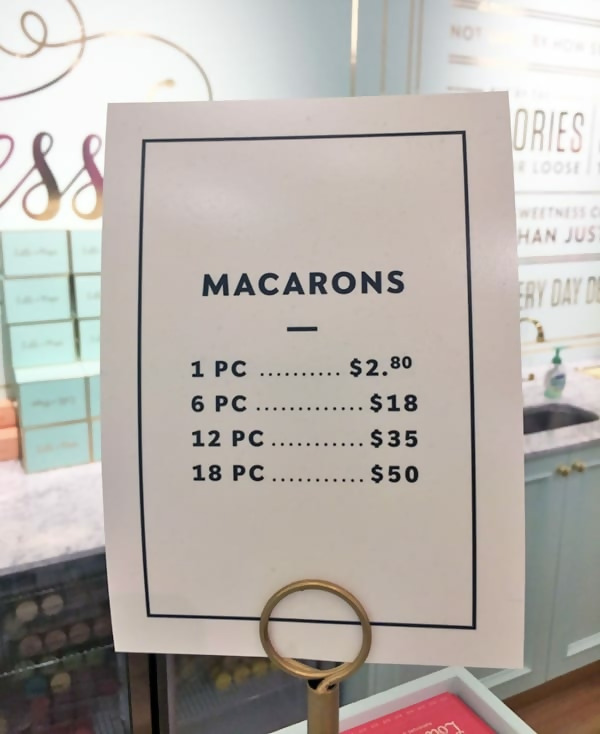 Macarons can be quite expensive, especially when the manager tries to scam customers into paying more. It turns out that buying six individual macarons is cheaper than buying the six-pack. 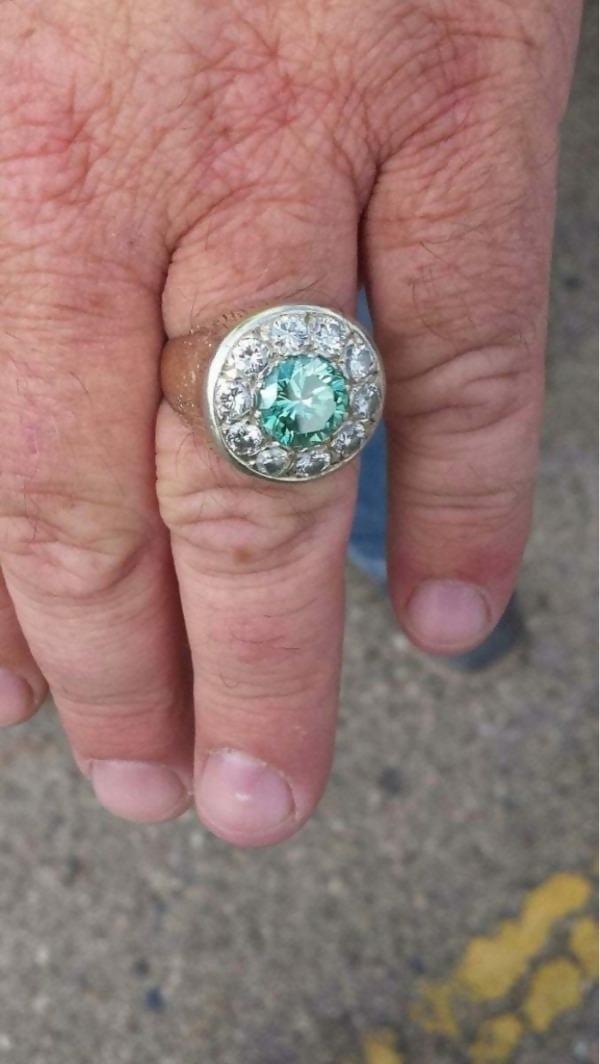 Some people are all about keeping their status known. This one boss insists on wearing a $50,000 diamond ring to work, even though they lay down asphalt for a living.