These Are the Creepiest Deserted Places In The World 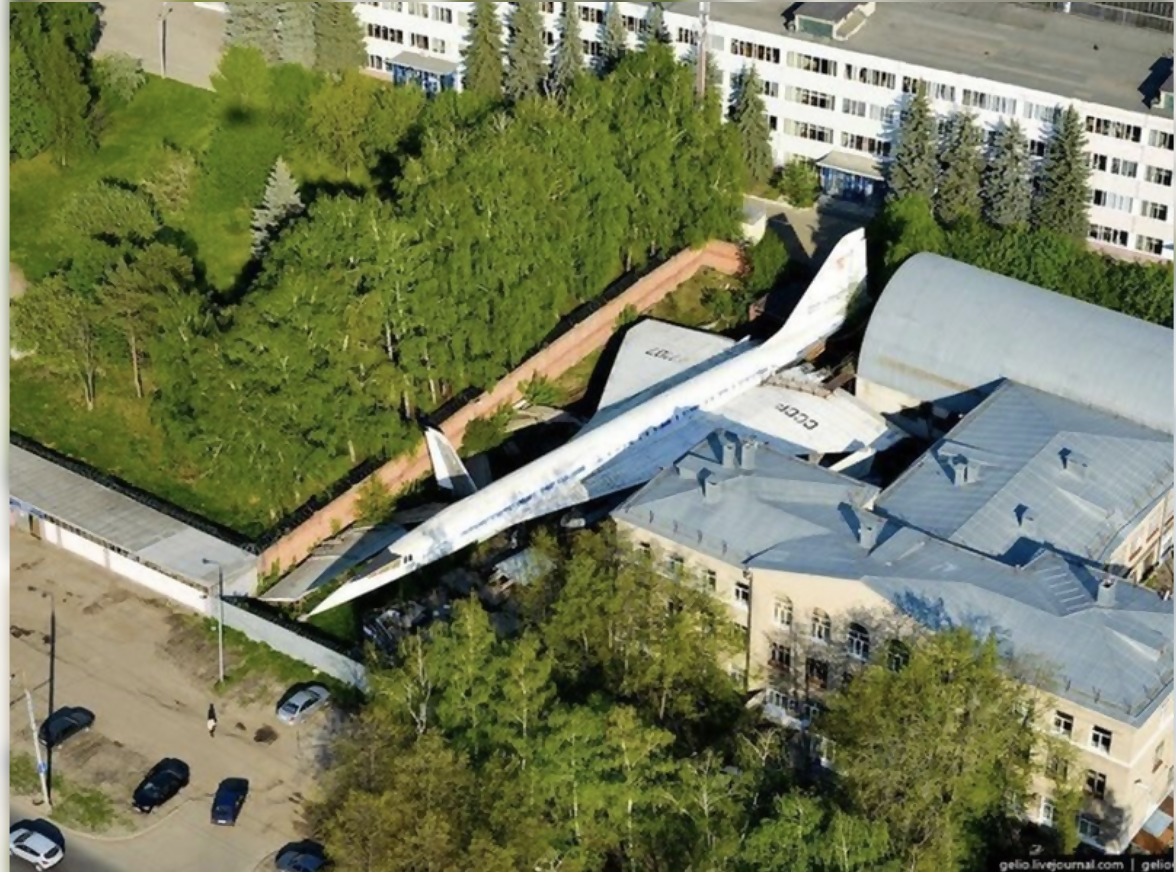 Once picturesque, these locations have been lost to history and are now a mere shadow of their former selves. Still, people are intrigued by their beauty and historic implications: here they are with their unique stories: First discovered by a passerby, this jet is casually parked in a residential area. The jet has reportedly been investigated and even started by drones. Just another day in the neighborhood! 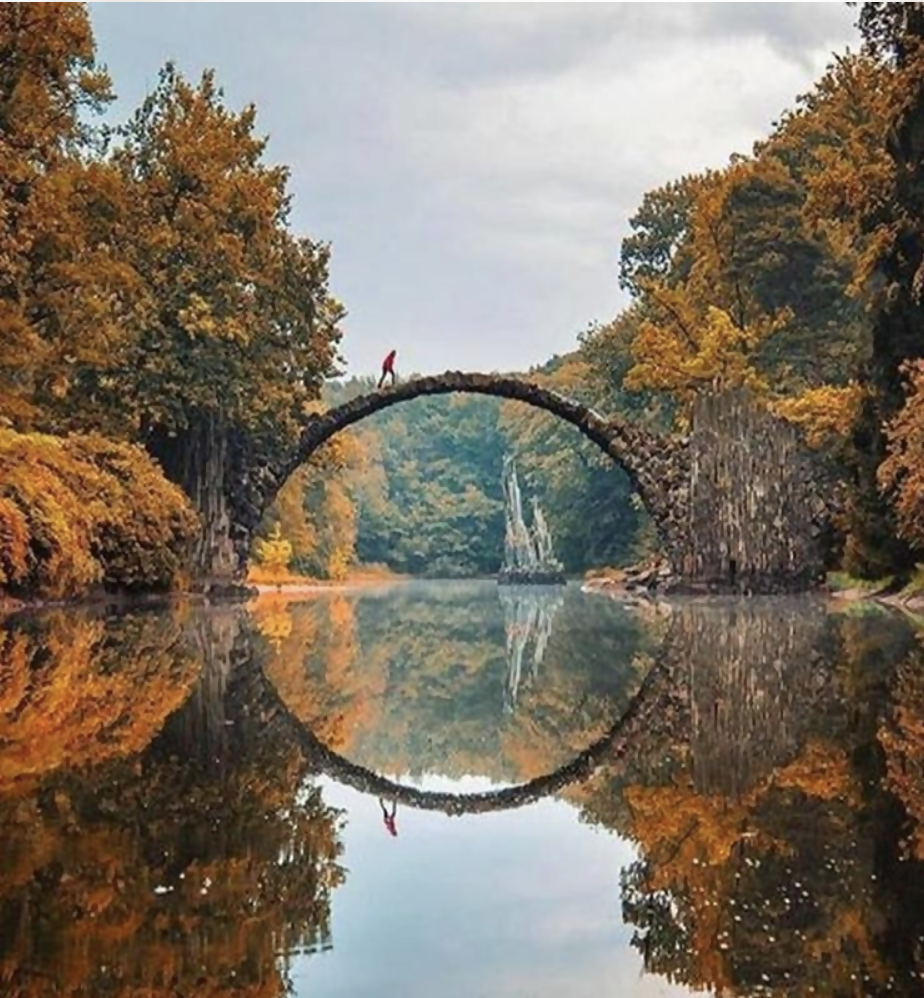 This gorgeous sight is in Germany in autumn. It was built in the 19th century and still stands tall, casting its round shadow through the ages. Since its architecture is before its time, it is fabled that only the devil could have concocted a way to build such a structure. 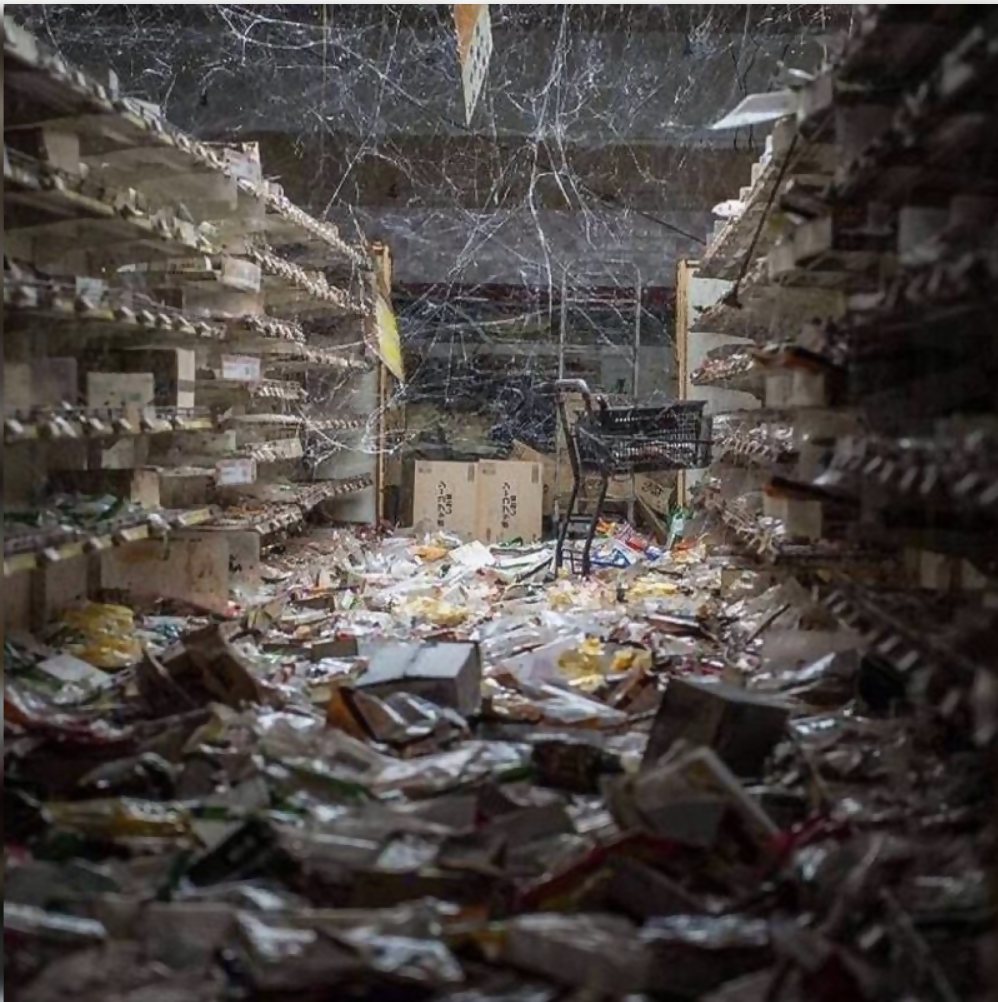 After the 2011 nuclear disaster, not much was left of the previously thriving city of Fukushima. This store was reported to have $135,000 worth of gaming consoles and money inside. 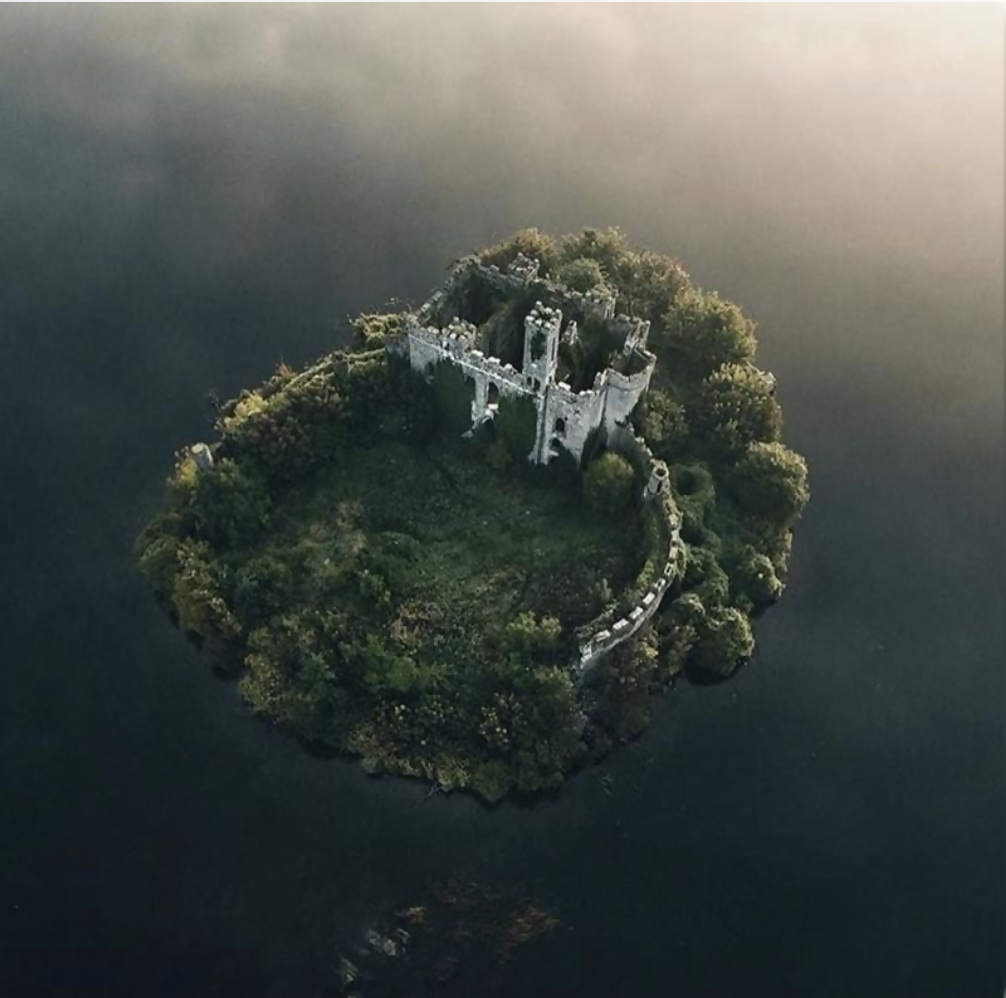 Europe is flush with gorgeous historic structures, with many castles and palaces in their numbers. On an island in Lake Lough Key, the first McDermott’s Castle stood in the 12th century. After a fire in 1184, most of the castle was burned along with the McDermott family. A new castle was built, the legendary one which is now abandoned, in 1586 and is now a gorgeous, ivy-covered sight.

Italy: Christ of the Abyss 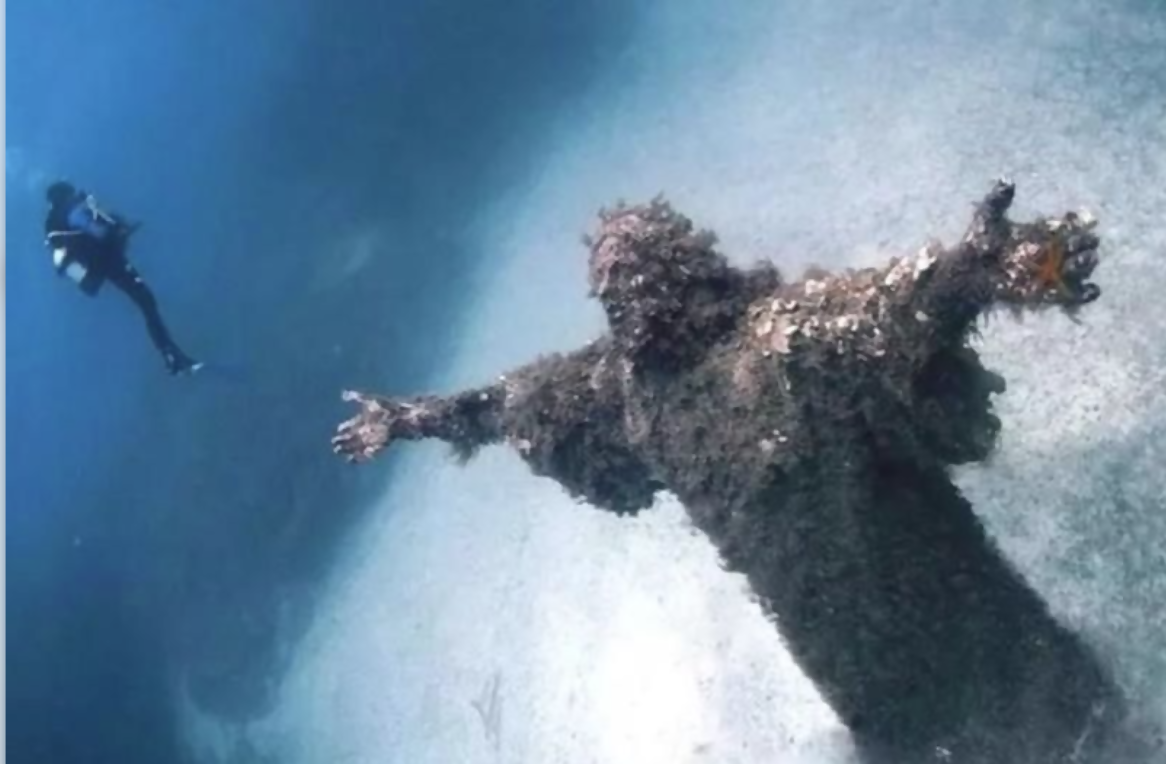 Covering the majority of our planet, the ocean holds many secrets, including Sculptor Guido Galletti’s statue of Jesus Christ. It was recently restored and returned to its original resting place in 2014, clearly in excellent shape. 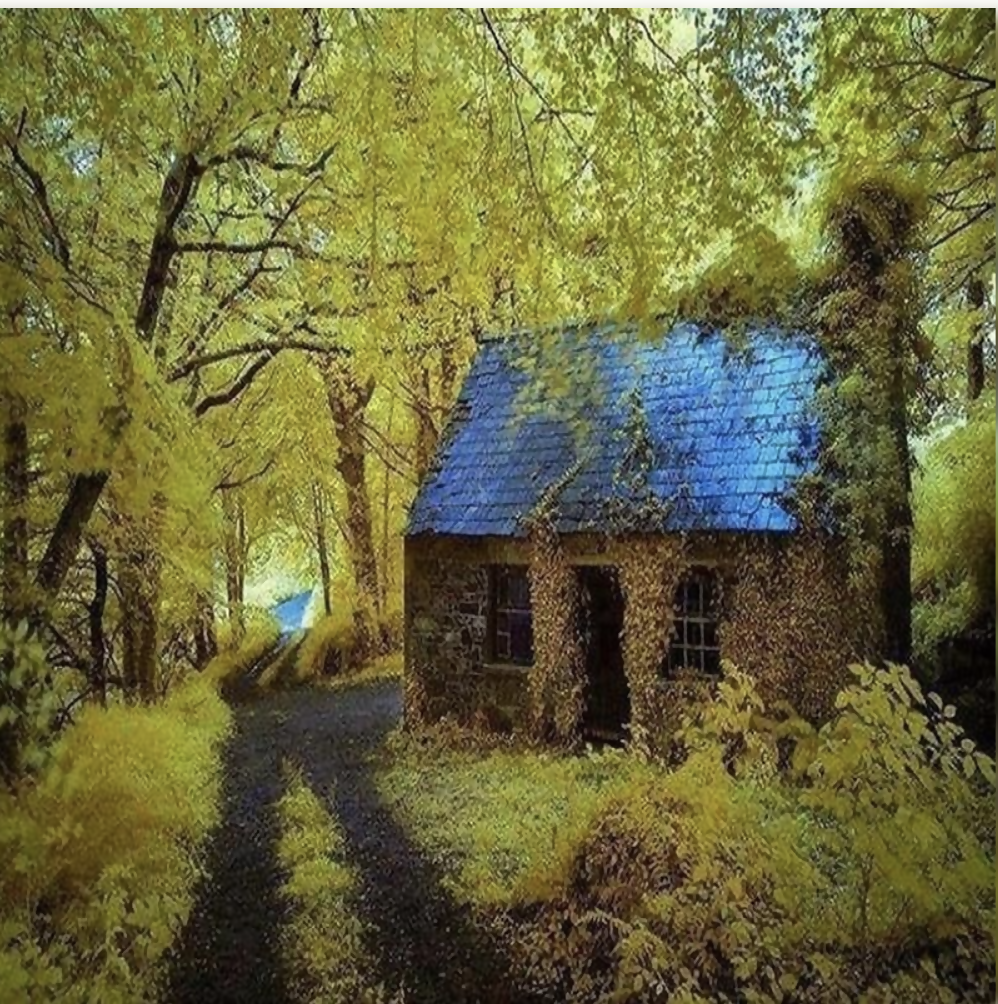 Originally built in the late 19th century, a quaint cottage is nestled among the trees of Stradbally Ireland. This would be a dreamy escape from city life for anyone. 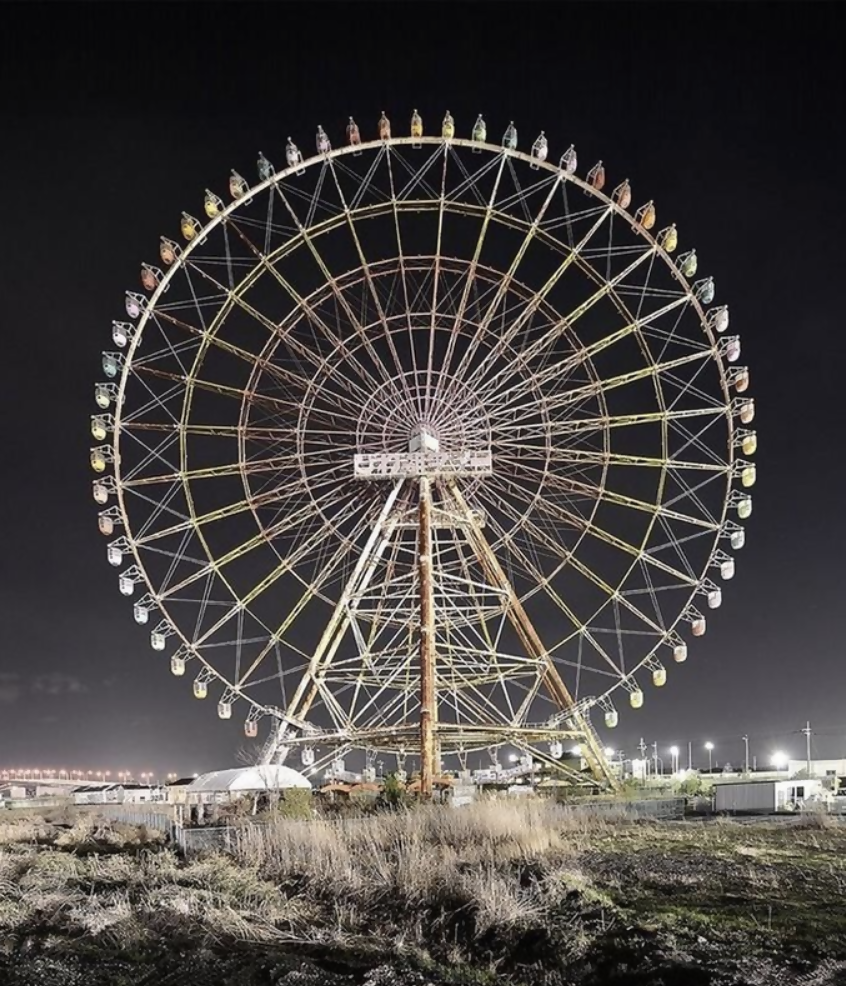 Once operational during its day in the late 1970s, the ferris wheel is all that is left of The Kejonuma Leisure Land in Japan. It closed in 2000. 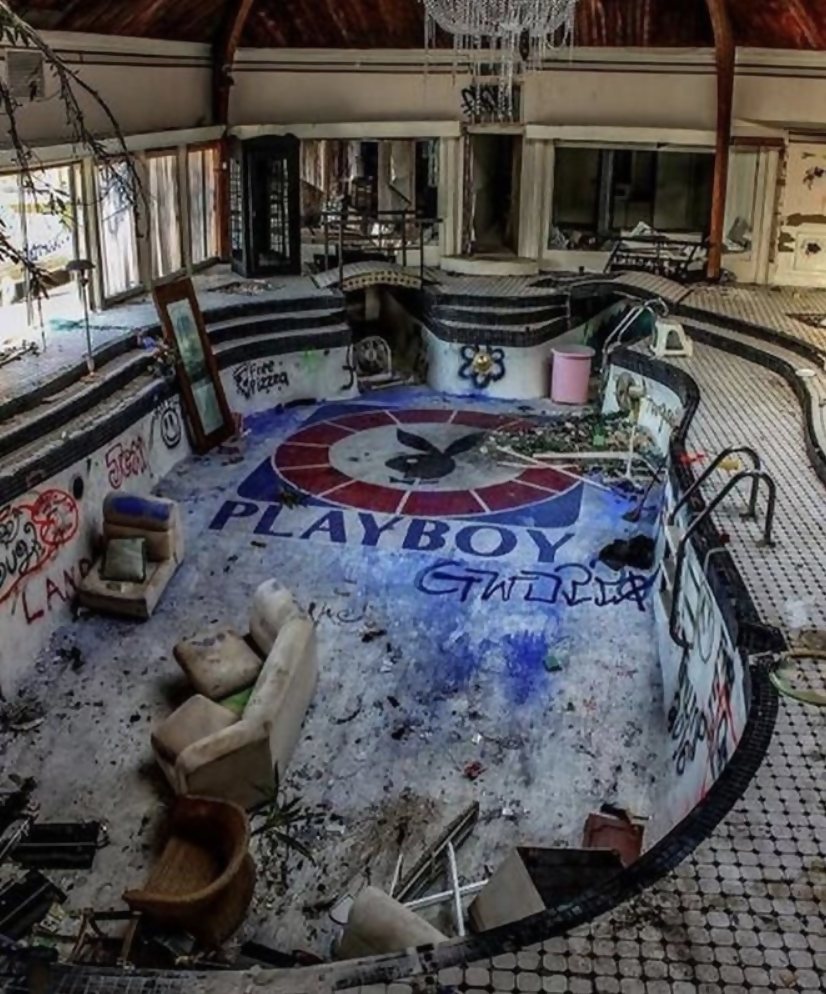 Nestled in the Smokey Mountains, a strip club called “The Swinger’s Tiki Palace” was abandoned shortly after it was built into an old swimming pool. It was sadly demolished in 2017. 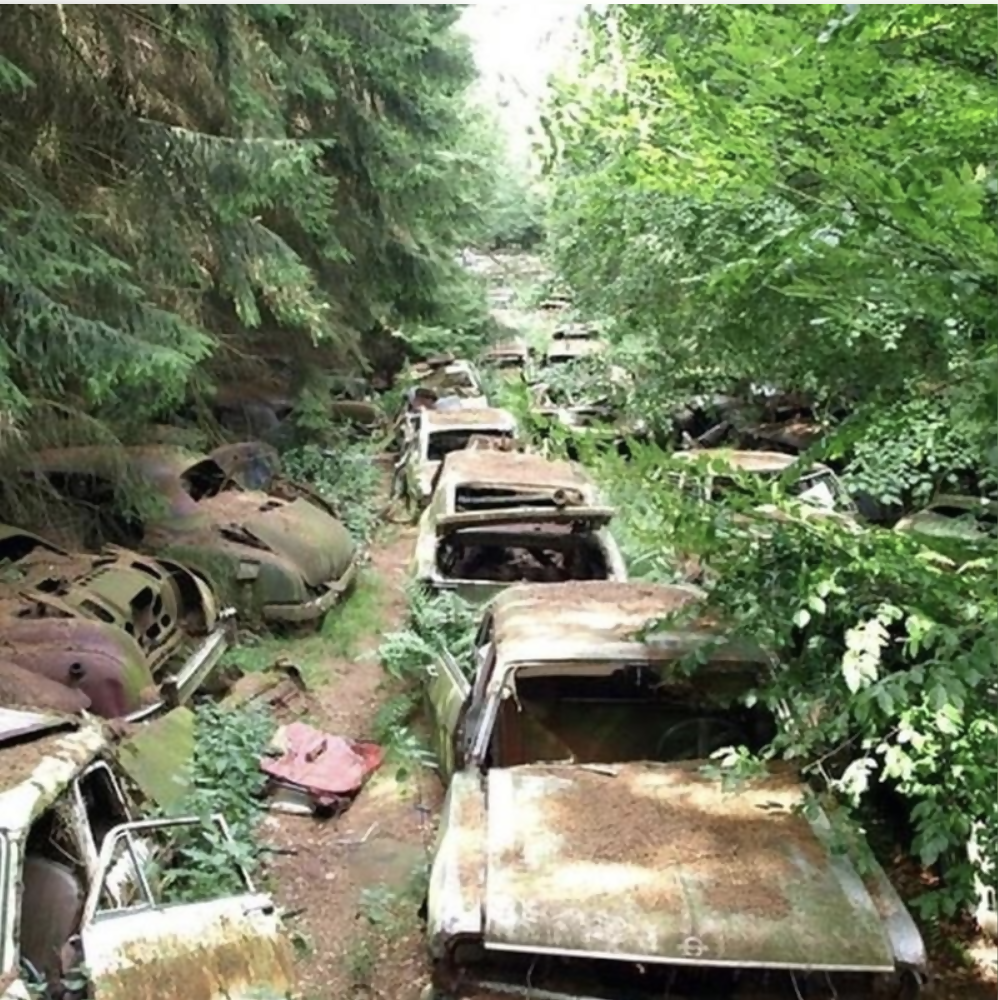 In a small village of Belgium lie a number of cars previously belonging to US Soldiers during their tour in World War II. As you can see, nature has taken over and overgrowth has demolished the cars but they remain a testament to history and the war’s effect on the world. 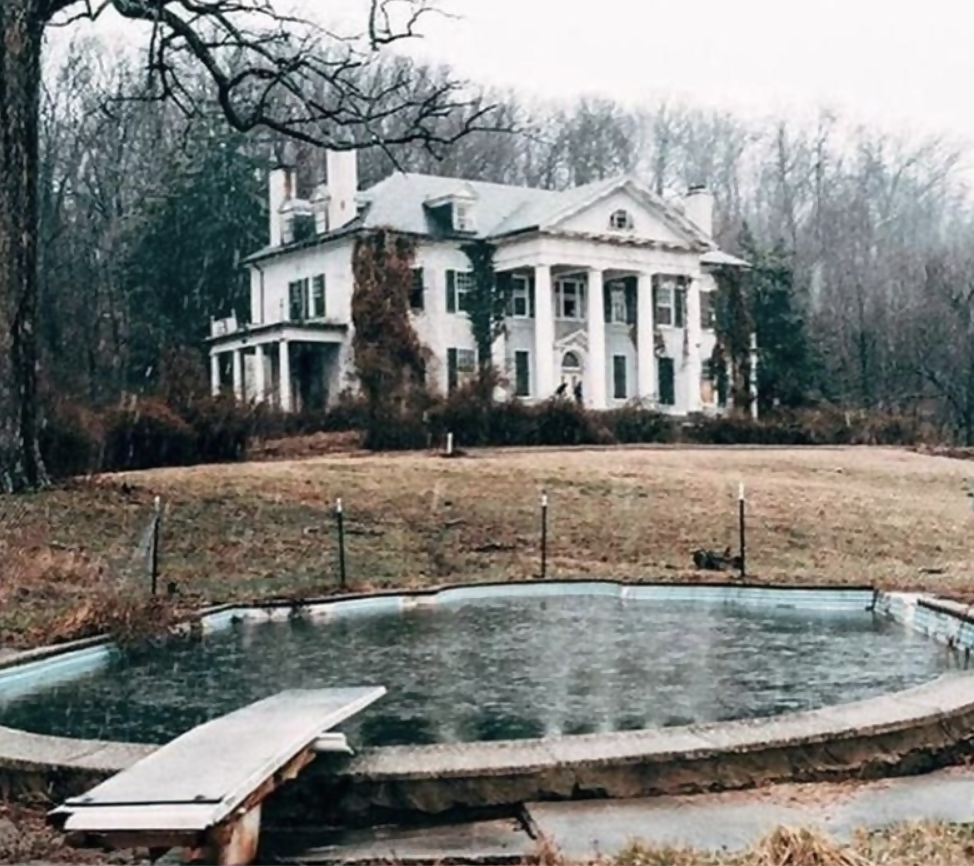 The American Southeast holds a number of historic treasures including many abandoned plantations from the pre-Civil war era. The Selma Plantation Estate stands now as a remodeled version after it was taken over by London-based entrepreneur Sharon Virts and her husband Scott Miller. IT serves as a beautiful home and testament to local history. 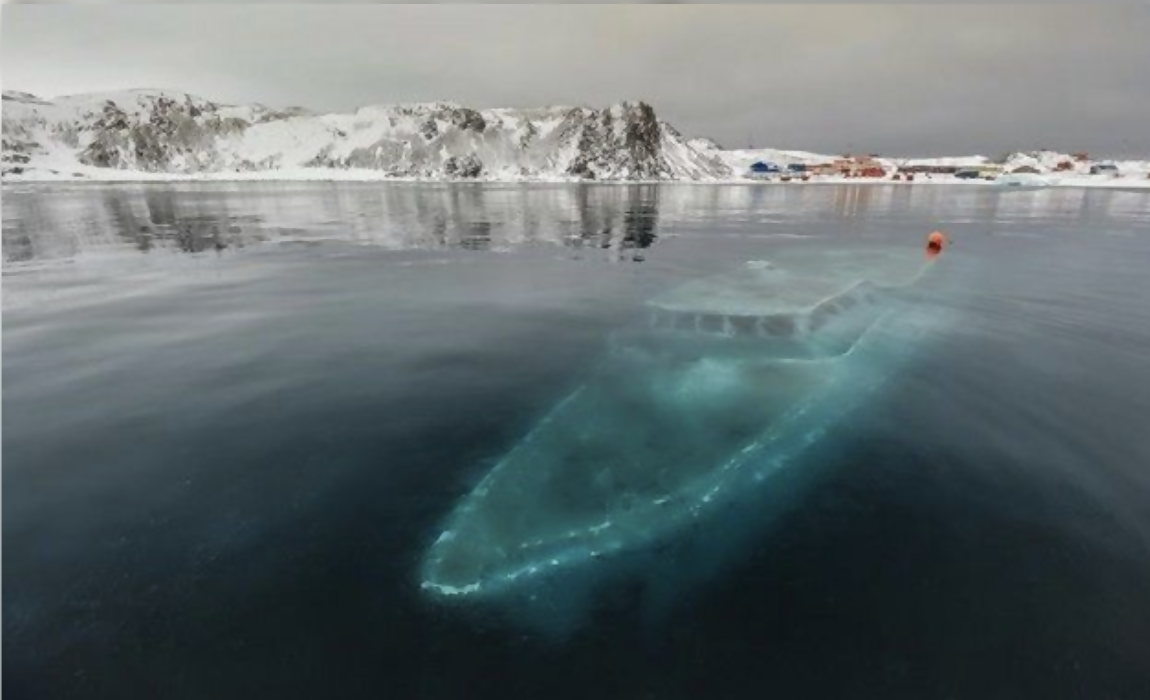 Perhaps some of the most eerie remnants of history lie under the sea. The 76 foot long Mar Sem Fim Ship glows in the freezing water off the shore of King George Island. It was used for scientific research but went down in April of 2012. 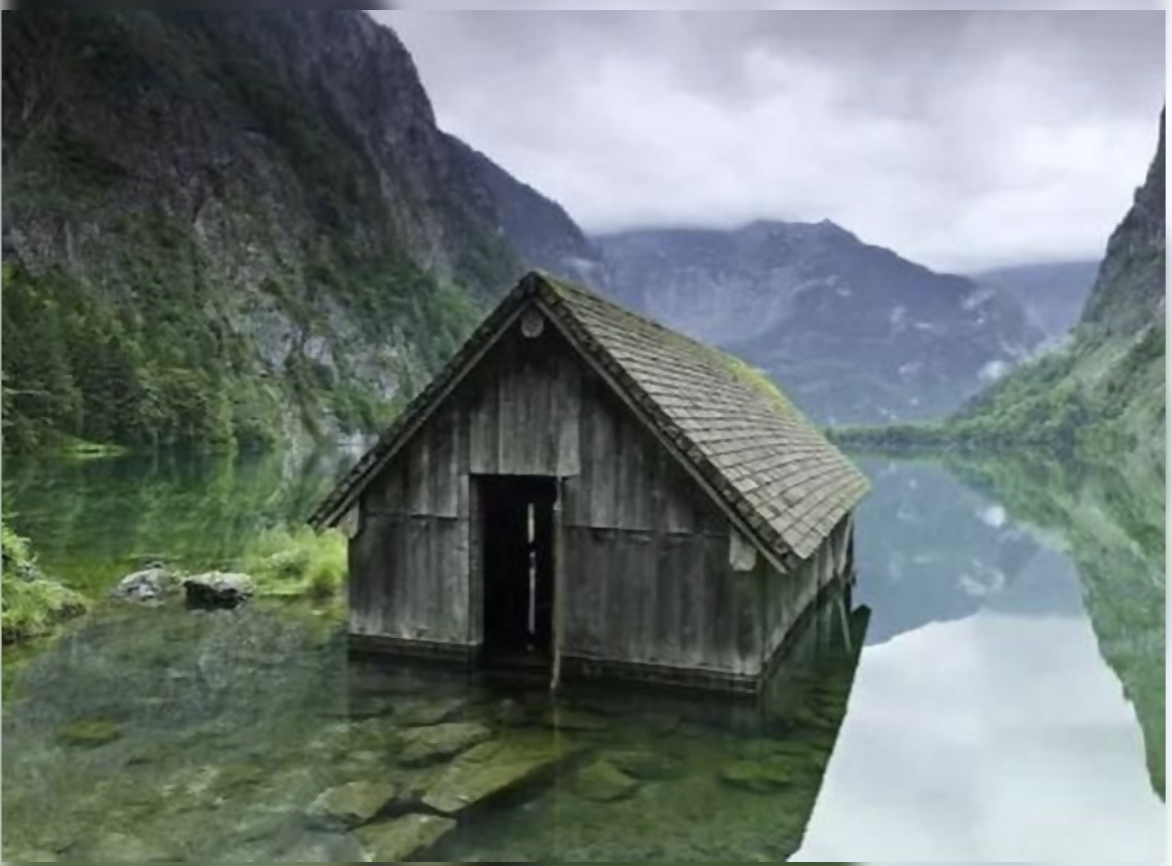 In the Berchtesgaden National Park in Germany stands a partially-submerged hut with a beautiful view. Sadly, nothing is known of its owners but it is enjoyed by many travelers and tourists to the area. 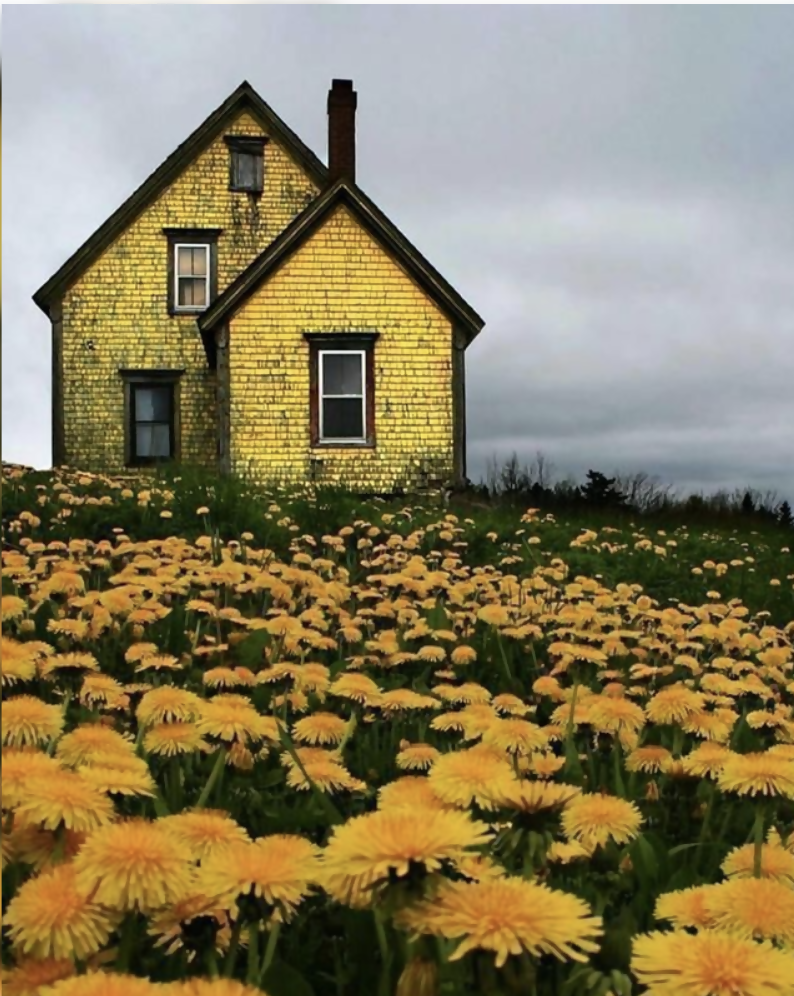 Blending in with the surrounding Dandelion fields in Nova Scotia, Canada is the infamous yellow house enjoyed by locals and tourists alike. Its original owners were driven from the area due to a collapsing economy but it is still a beautiful sight.

Cancun, Mexico: The Bug Under the Sea 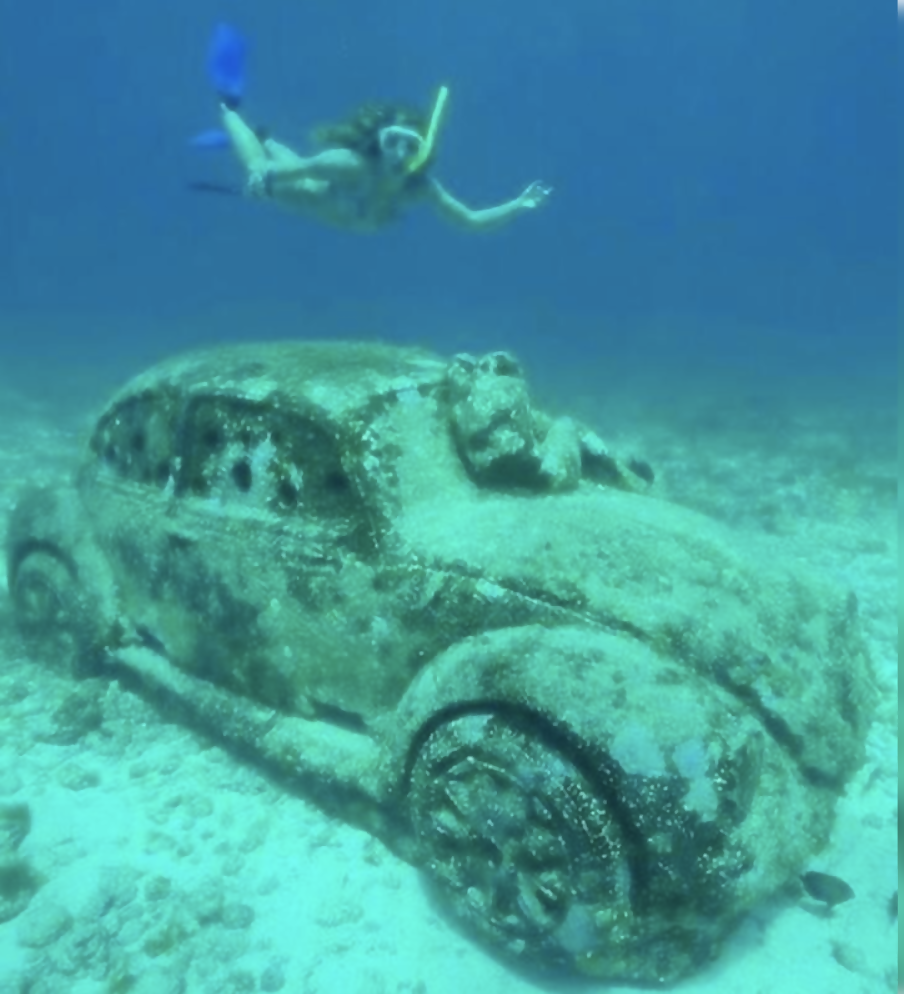 Another popular tourist spot lies under the waves off the shore of Cancun, Mexico. A Volkswagon beetle sits on the ocean floor, in perfect shape, although covered in barnacles. It is part of an underwater museum boasting over 500 other statues. The museum helps bring awareness to environmental damage of littering.

Baikonur, Kazakhstan: A Space Shuttle at the Cosmodrome 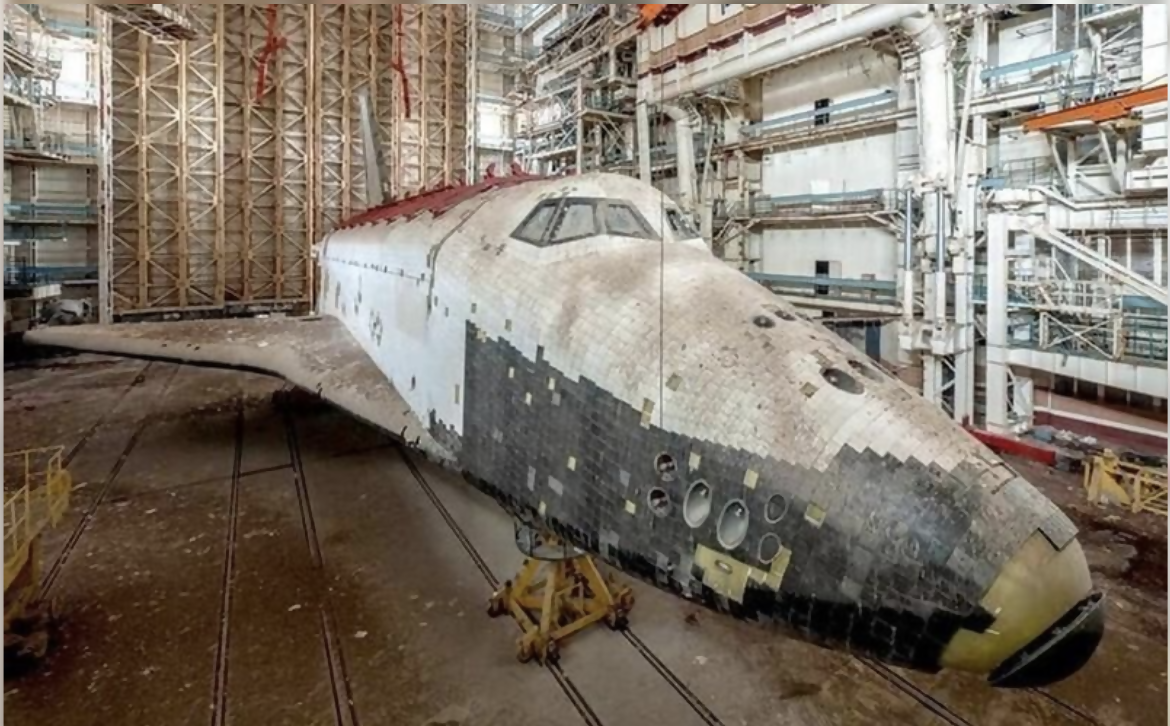 Previously a secret site built by the Russians, the first cosmonaut, Yuri Gagarin was launched from the Baikonur Cosmodrome in 1961. It now holds “Buron”, the space shuttle which flew once in 1988. It could hold 6 passengers and carry cargo to and from Space.

The Red Sea: An Epic Shipwreck 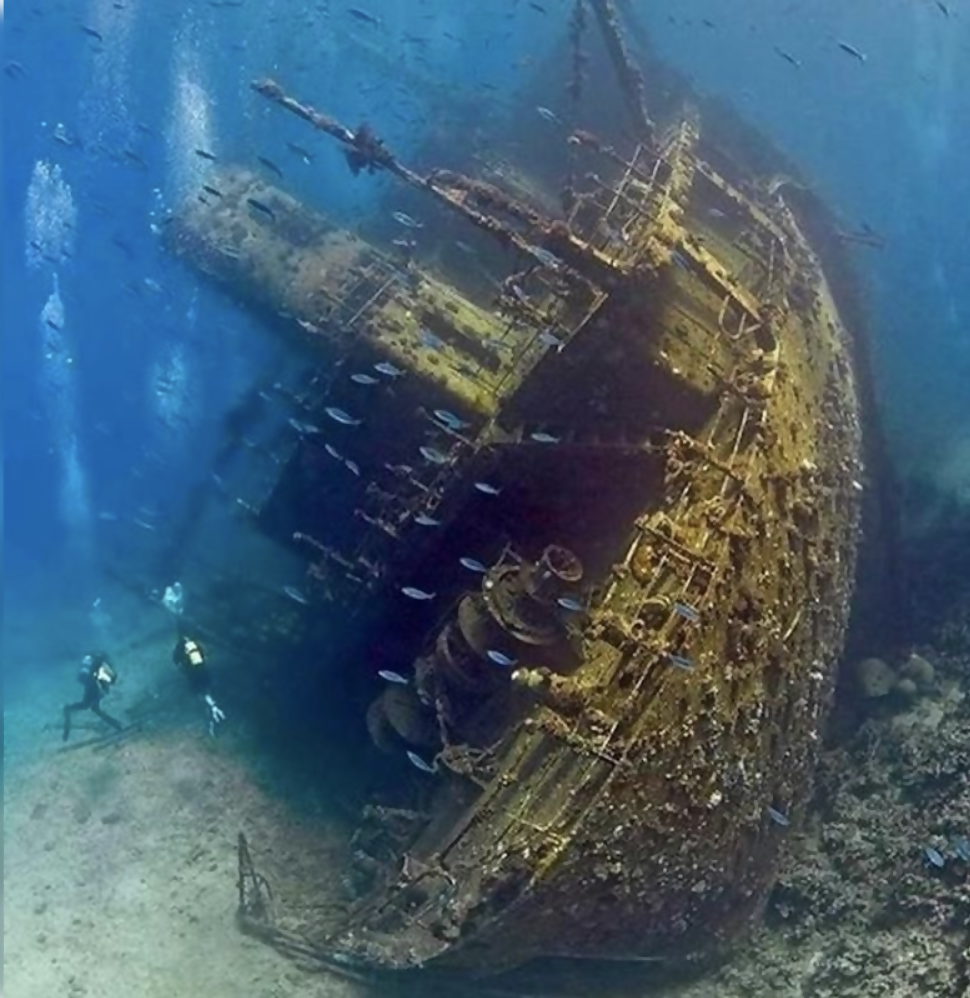 A number of 18th and 19th century ships can be found at the bottom of the Red Sea but this, the “Russian Wreck” was discovered in 1988. It was a fishing trawler and is in beautiful shape for having been underwater for centuries. 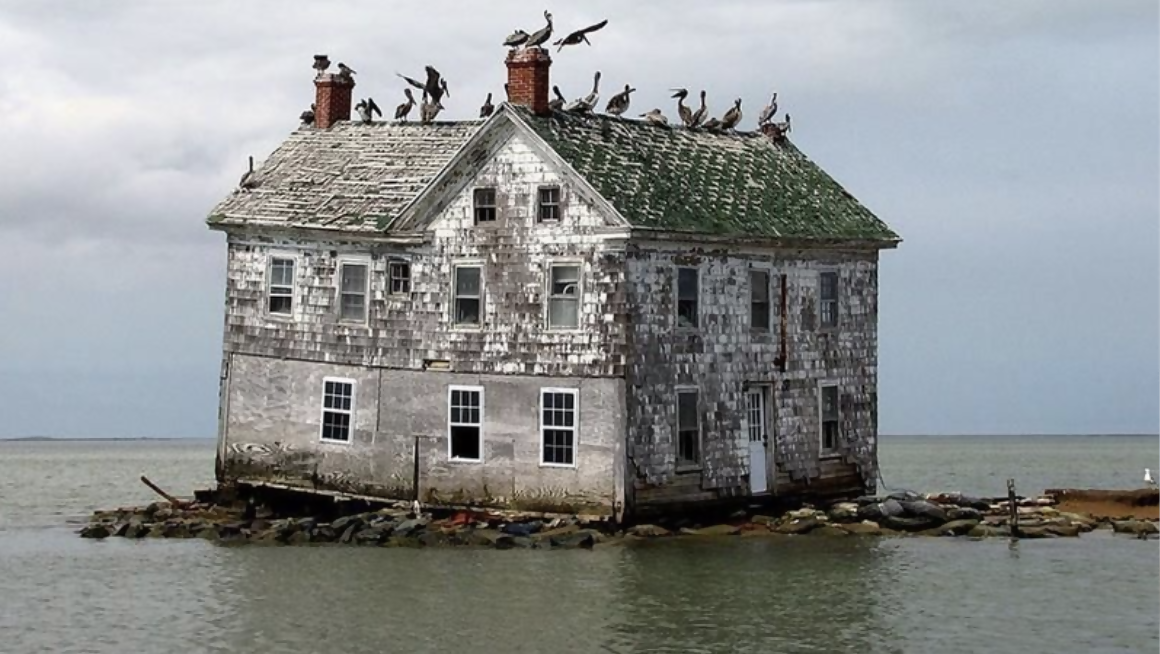 At the start of the 20th century, hundreds of people called Holland Island in Chesapeake Bay home. As time went on, erosion claimed many homes, and all but this one were swept away. As you can see, local seabirds enjoy the residence. 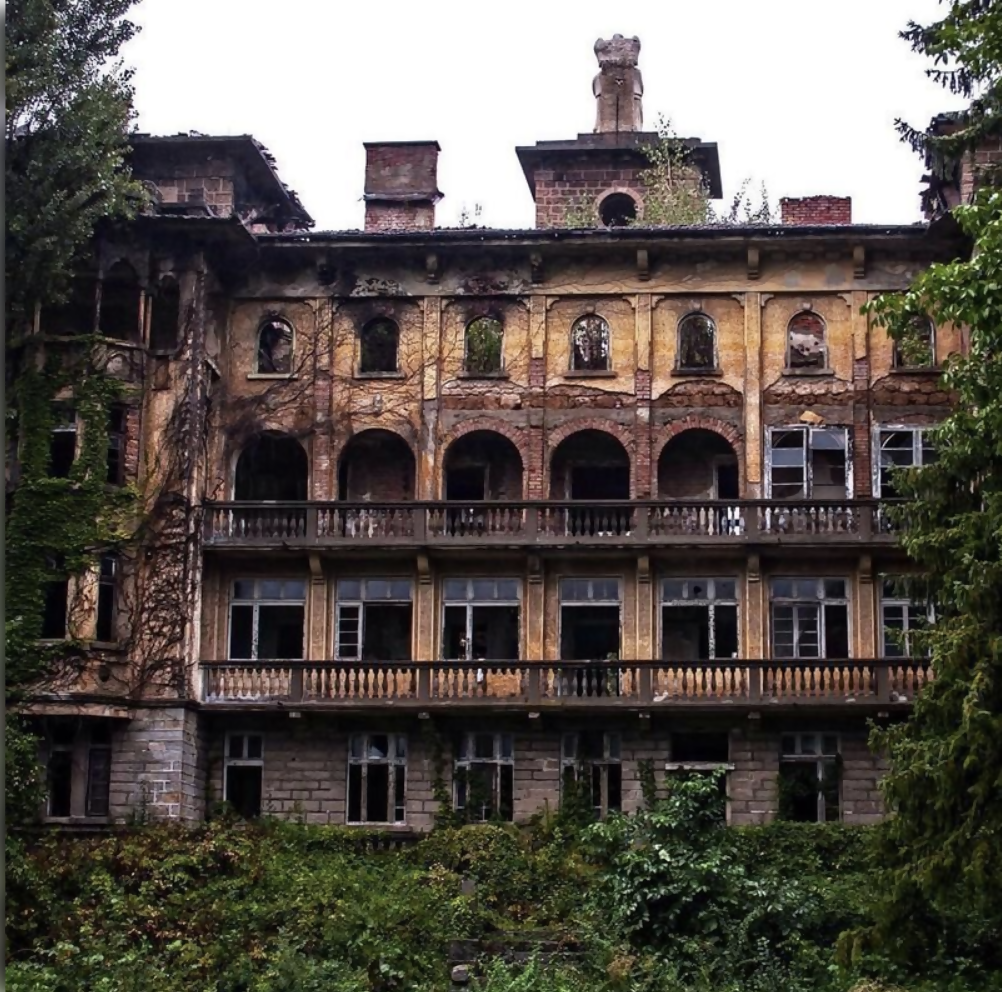 Known as the “Bulgarian Rockefeller”, he was the first billionaire in the country and was raised poor. He climbed the ladder in banking and finance and left his will stating that he wanted his mansion to become a retirement home and another couple of buildings to be schools. One would be free for poor girls to attend boarding school and the other to charge a small tax for wealthy girls. Sadly, when he died in 1945, there was no one to carry out his wishes. His mansion was instead used to sequester tuberculosis patients. 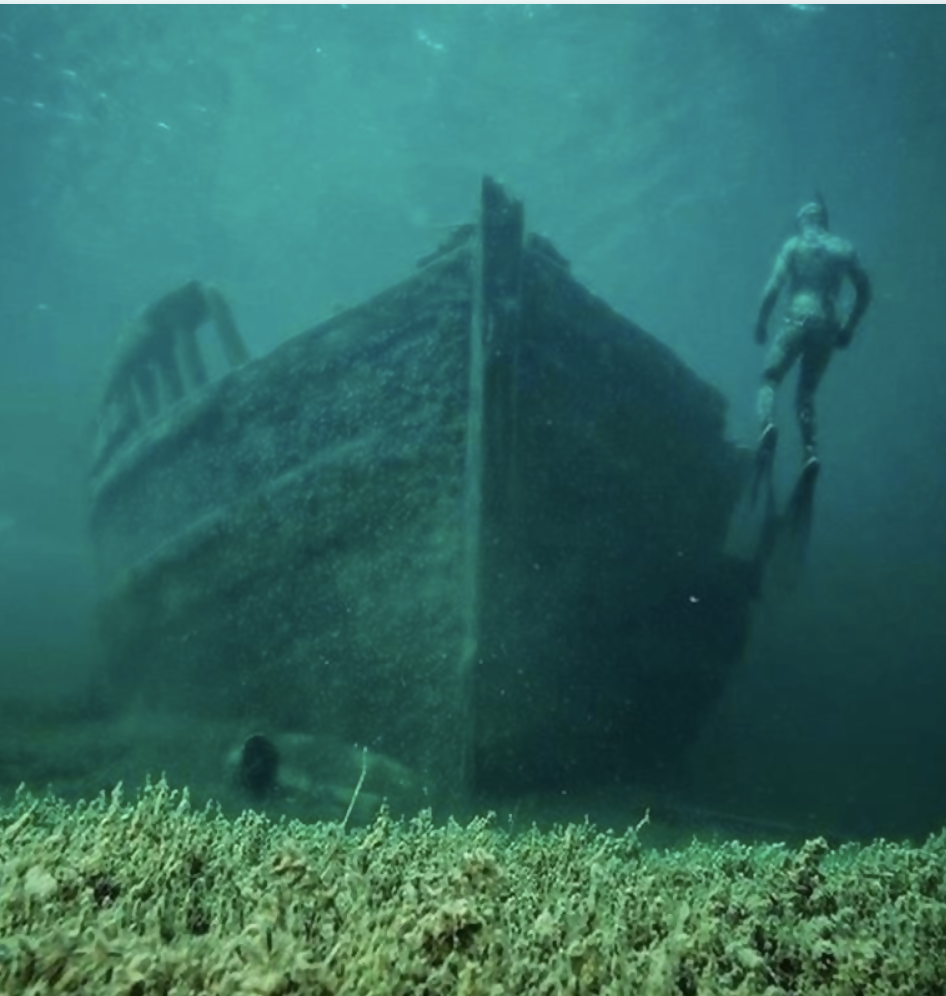 The Oldest British Warship now sits the bottom of the Great Lakes: the H.M.S. Ontario. It sank after a storm in 1780 and was found in 2008 between Niagara and Rochester, New York. It is beautifully intact. 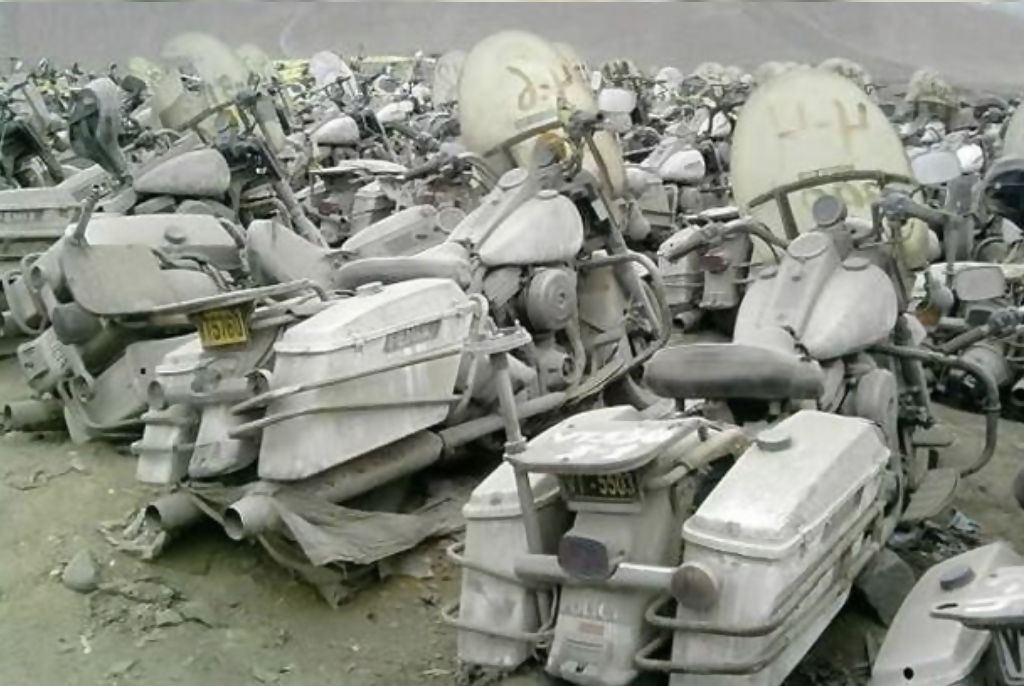 Once owned by the police of Puente Piedra, these motorcycles are forgotten to history since the police department wasn’t able to afford the maintenance of the bikes. Some have been sold for as much as $12,000 to vintage Harley lovers. 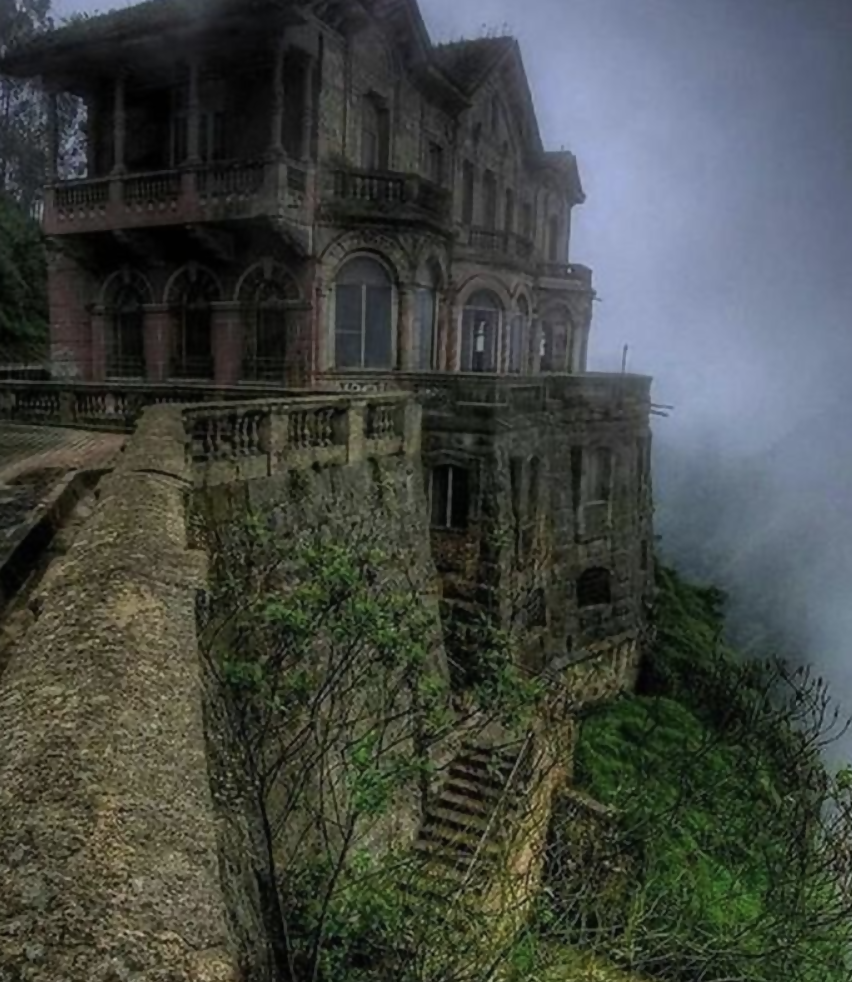 This structure used to host visitors from around the world until it was shut down due to industrial contamination of the river below. It is still hauntingly beautiful as it clings to the side of the misty cliffside. 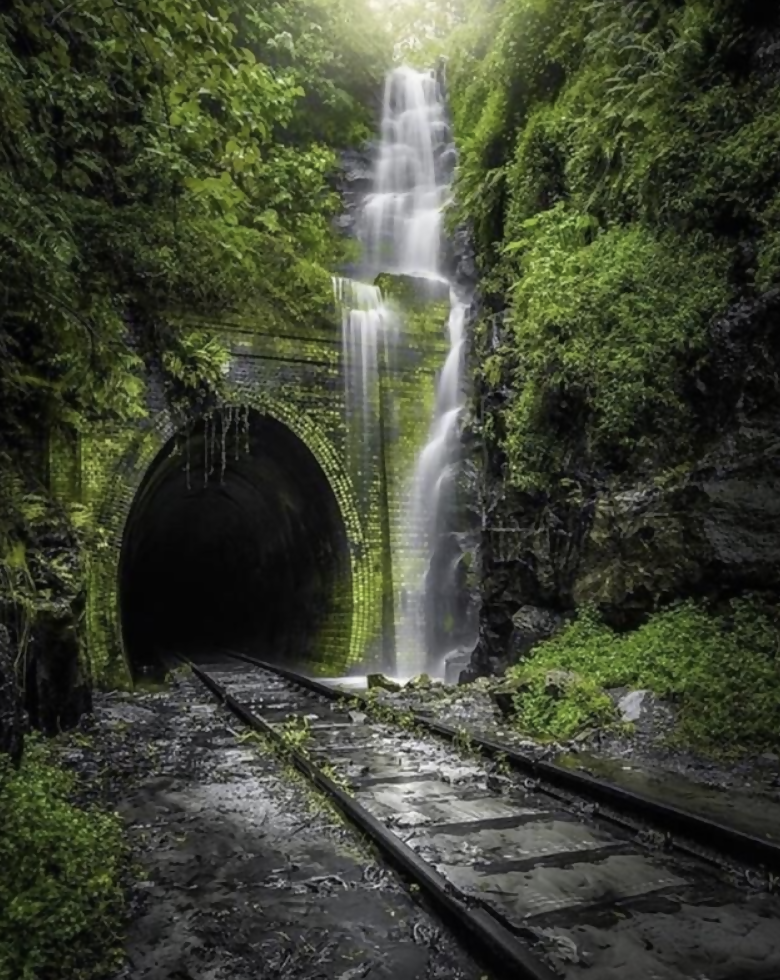 This beautiful tunnel is now no longer in use for the railroad but is a testament to the industrial influence on Australia’s natural beauty. It ceased to be used in 1920 but was a tourist trap before being vandalized and is now inaccessible. 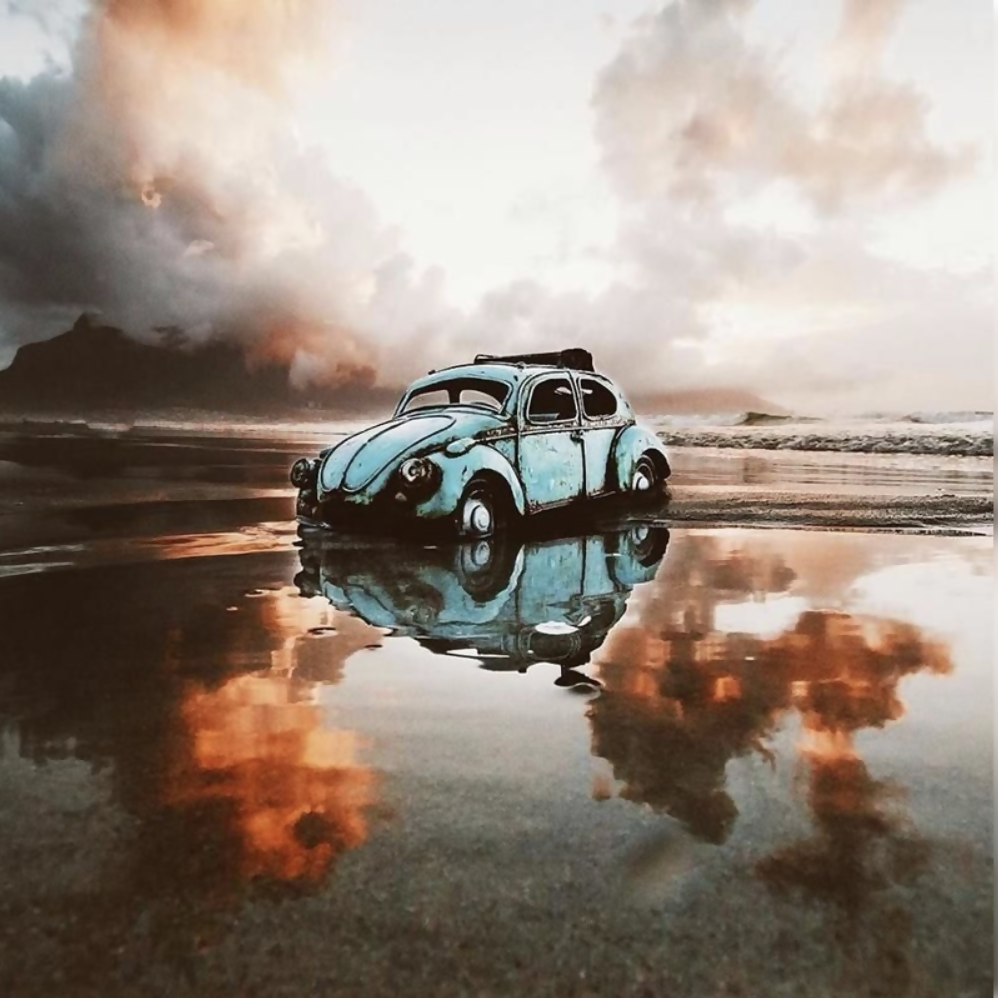 Another Volkswagen Beetle is deserted in a beautiful coastal location: a lagoon beach in Milnerton, South Africa. What a view! 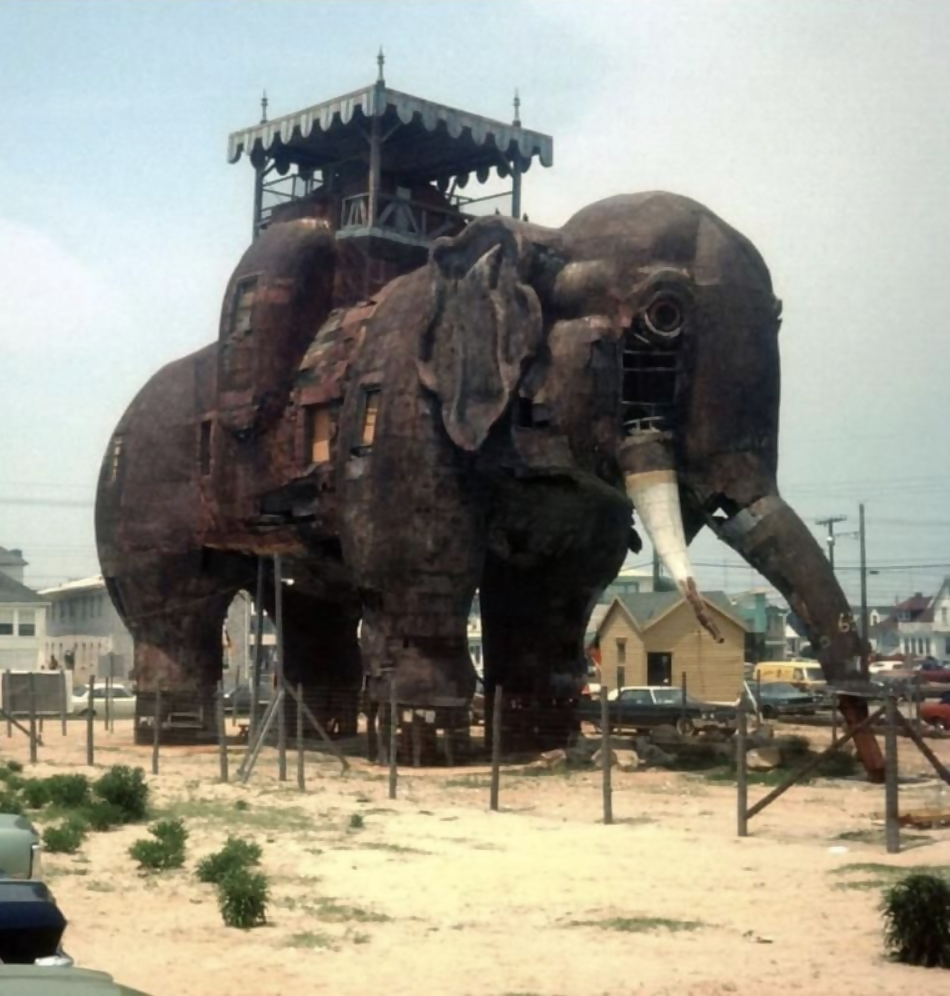 Built in 1881, Lucy the Elephant was a tourist delight for years before being closed to the public in 1960. The steampunk elephant once had people climb through its winding stairs to reach the howdah carriage on its back. Sadly, it has seen many natural disasters, including fires, and has been badly damaged. However, she has been restored by a committee of developers and still stands in her full glory. 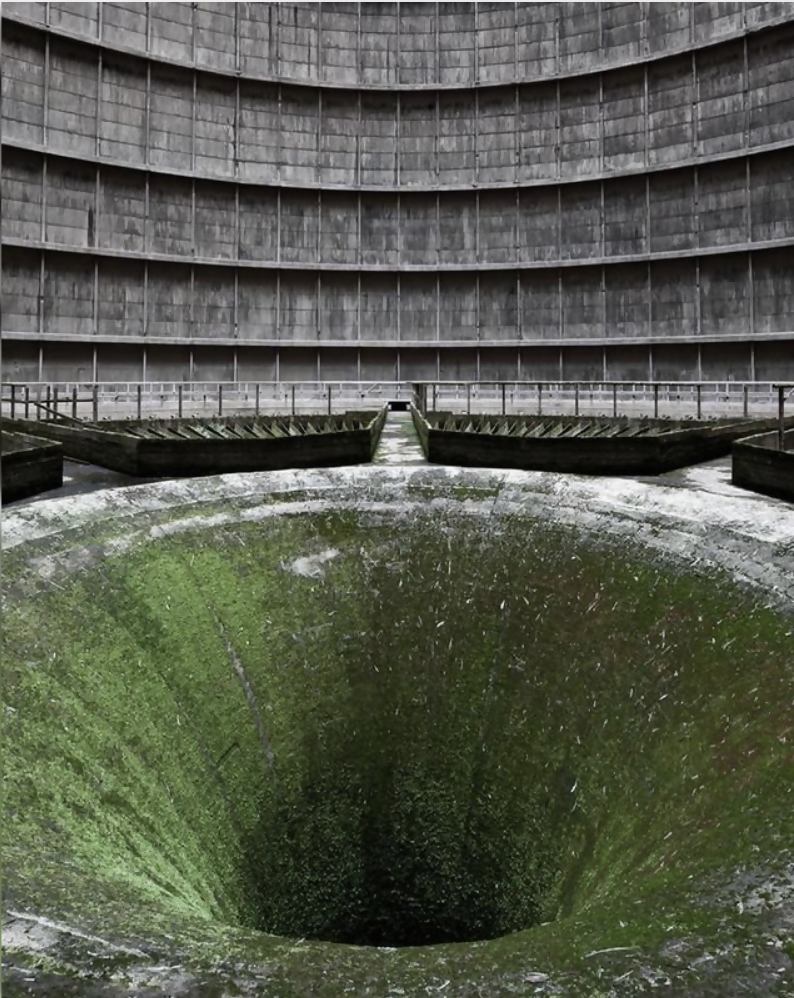 One of the main sources for the city of Charleroi, Belgium in its day, this power station was built in 1921 and was able to cool down 500,000 gallons of water per minute. However, it has since been concluded that it was the source of 10% of the total carbon dioxide emission in the country. It was closed in 2007 after a series of Greenpeace protests.