America has seen an increase of homelessness across the country. Whether it because of drugs, alcohol, gambling, or mental illness, people are living on the street just trying to get by. It’s sad to see and something should be done about it.

However, some people in this world take advantage of assistance for homeless people. One woman in Virginia claimed to be homeless and you will be shocked to see the truth come out. 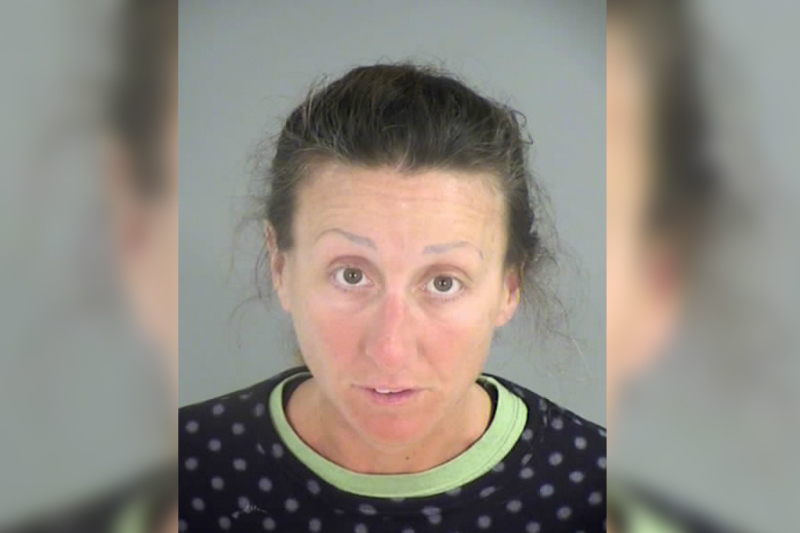 Micha Leigh Dominguez was well known in her Richmond, Virginia community. Many residents recognized her from begging at intersections. She was known for being aggressive when panhandling. 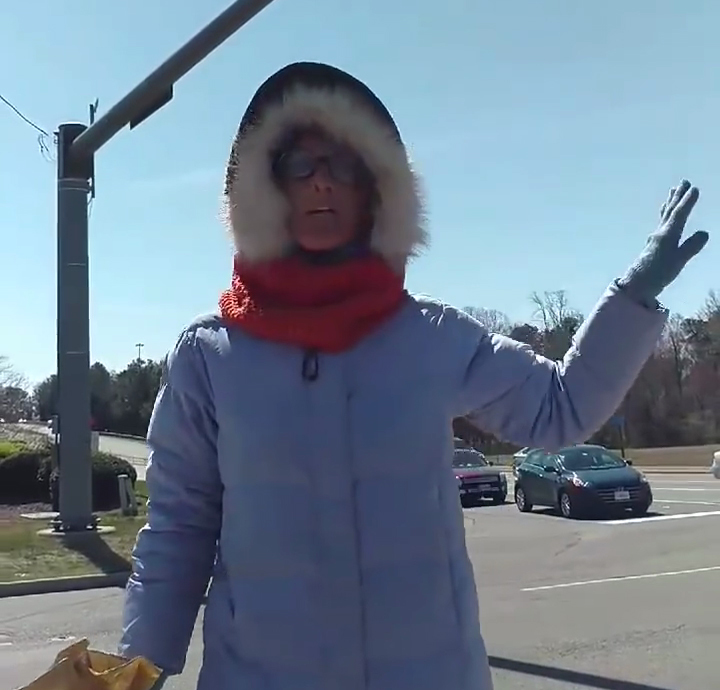 The only thing people knew about Micha was that she was homeless and would beg for money. However, when someone decided to record her, her true life was revealed when the video went viral. 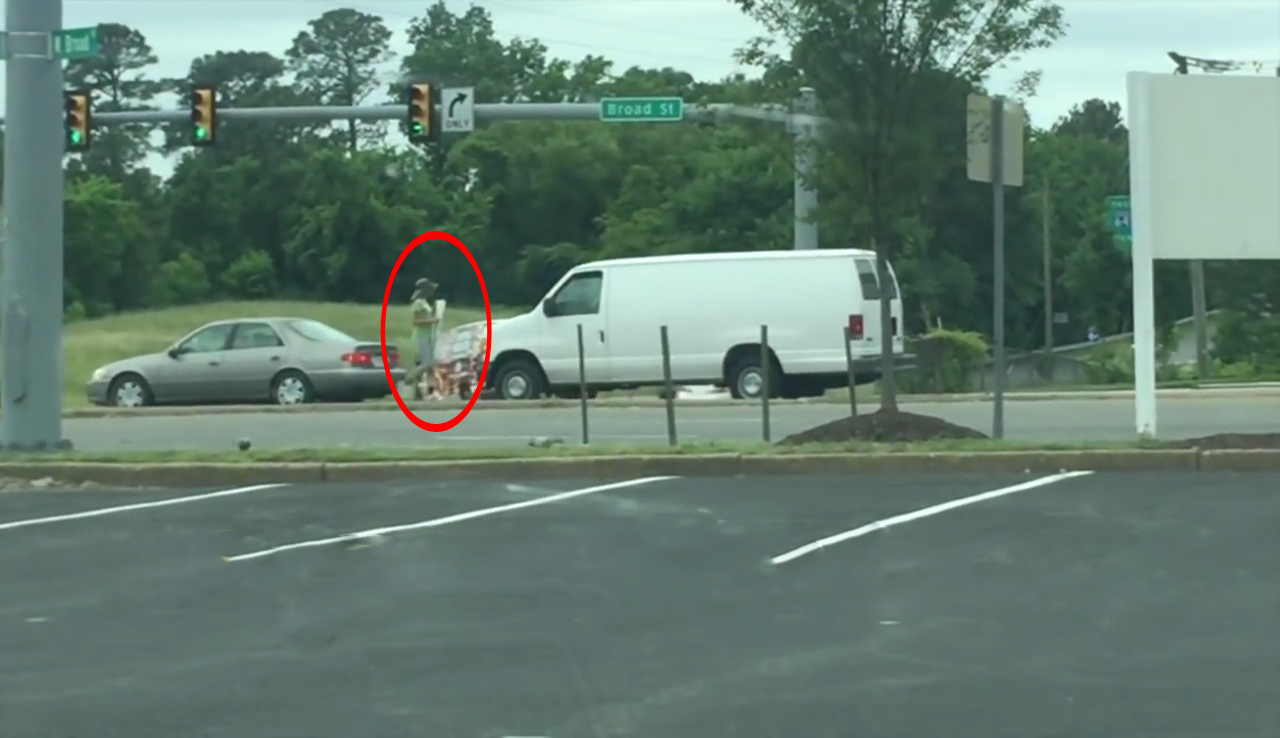 Micha was known for her pushy and aggressive attitude when panhandling. People would refer to her as over the top and nasty when asking for a few cents. You wanted to make sure you had some change in your pocket to give her when crossing paths. 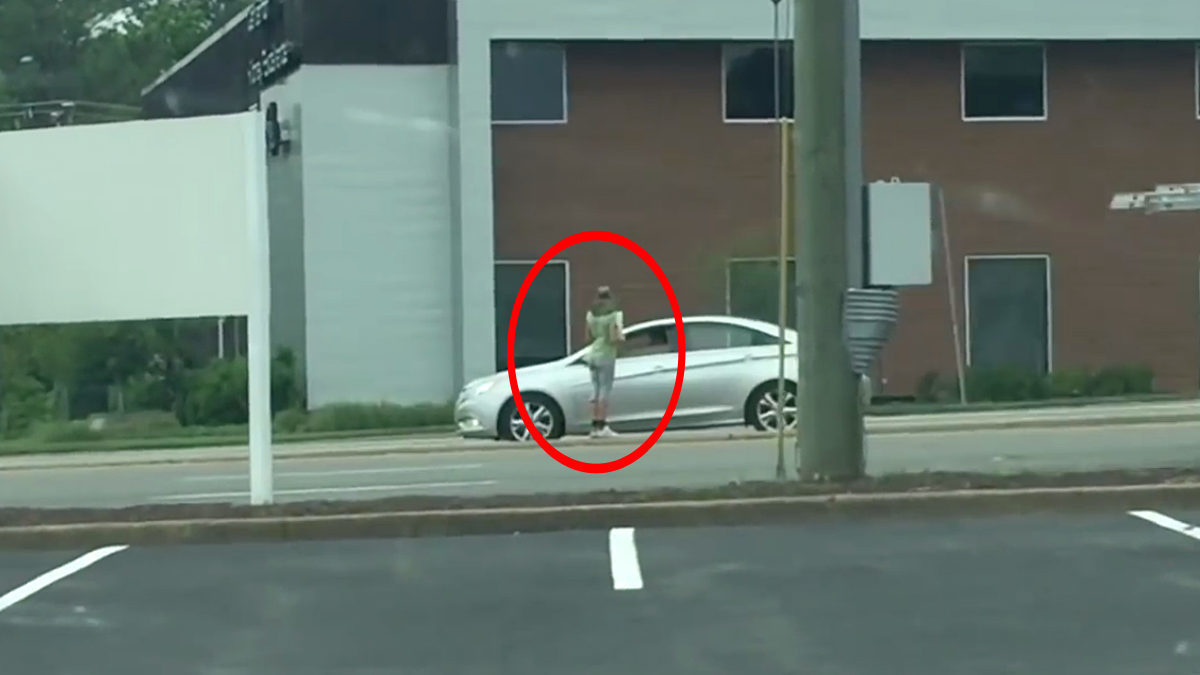 Micha noticed that someone was taking a video of her one day and decided to make offensive gestures towards it. The person just wanted to record her crazy behavior to show others. 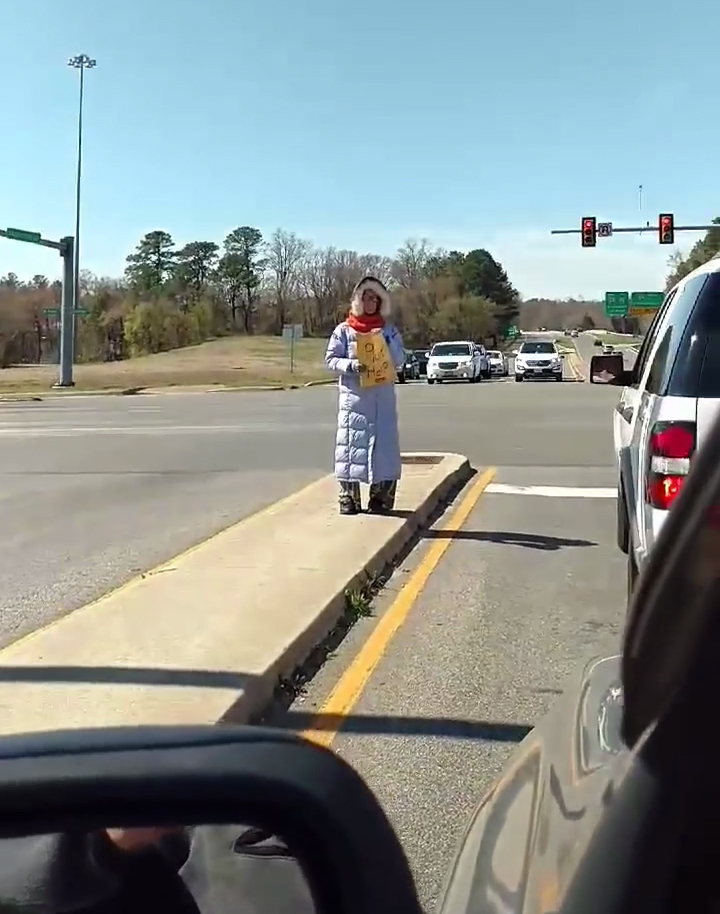 Two men who lived in the area had enough of Micha and her nasty attitude, so they decided to record her while waiting for a traffic light. It was at this time that they noticed something was a little off. 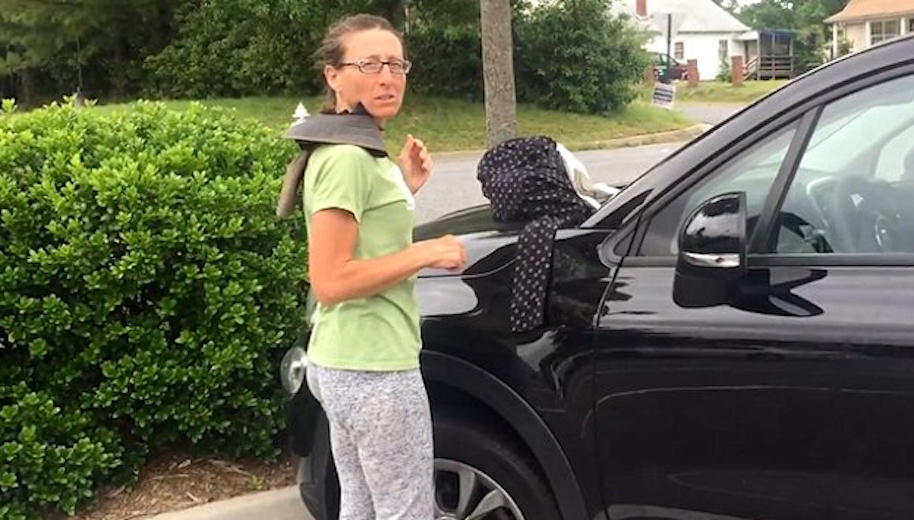 When Micha left her spot on the median, the men decided to follow her. She went into the parking lot of a fast food restaurant and were shocked at what they saw. 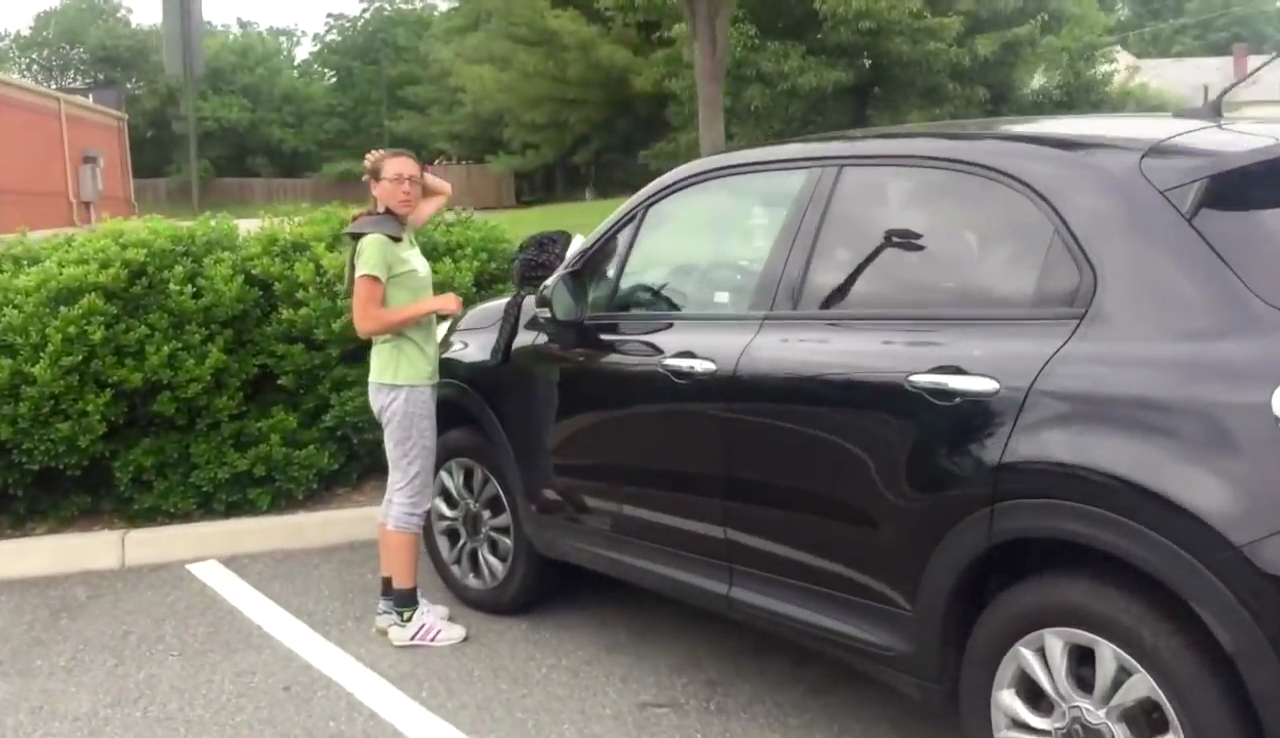 In the parking lot they saw her changing out of her clothes and going through a bag on a black car. It turned out that the 2014 Fiat SUV belonged to her! That is definitely too nice a car for a homeless woman to have. 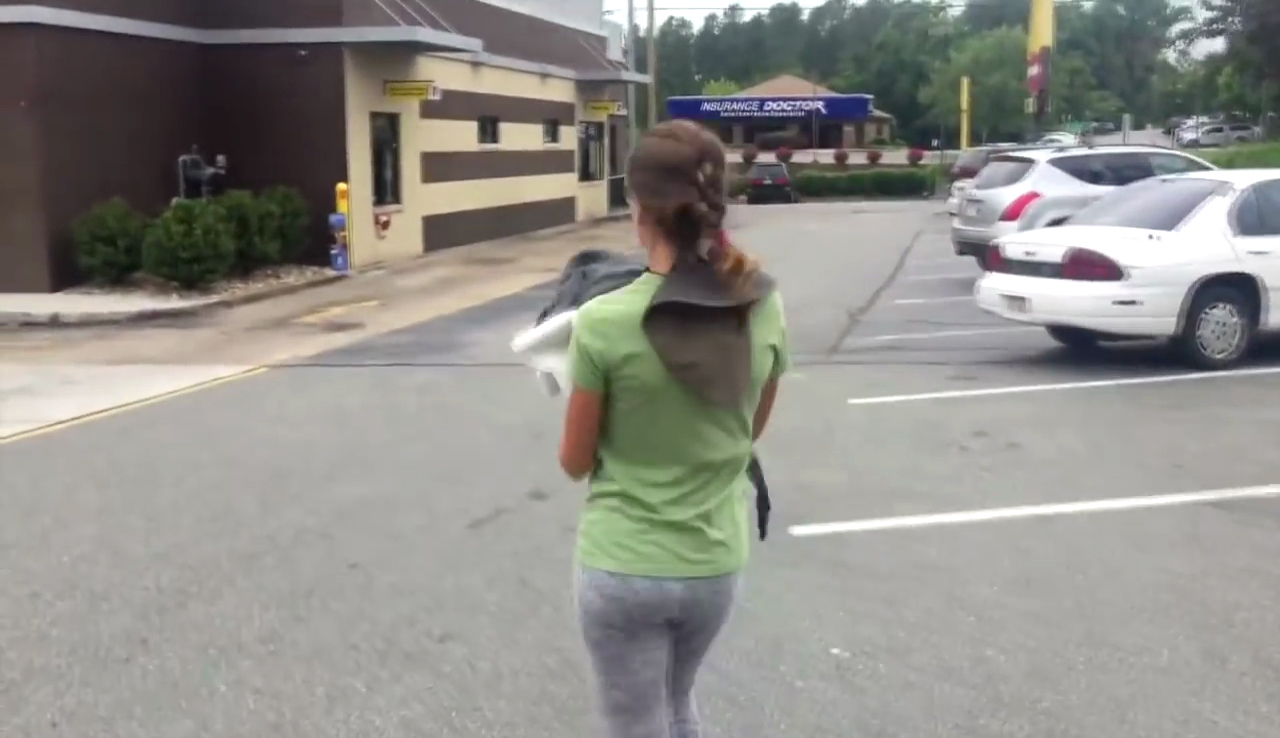 The men accused Micha of fraud. They kept recording and made sure to get a shot of her face for proof that it was Micha. Micha threatened to call the police on the two men following her. 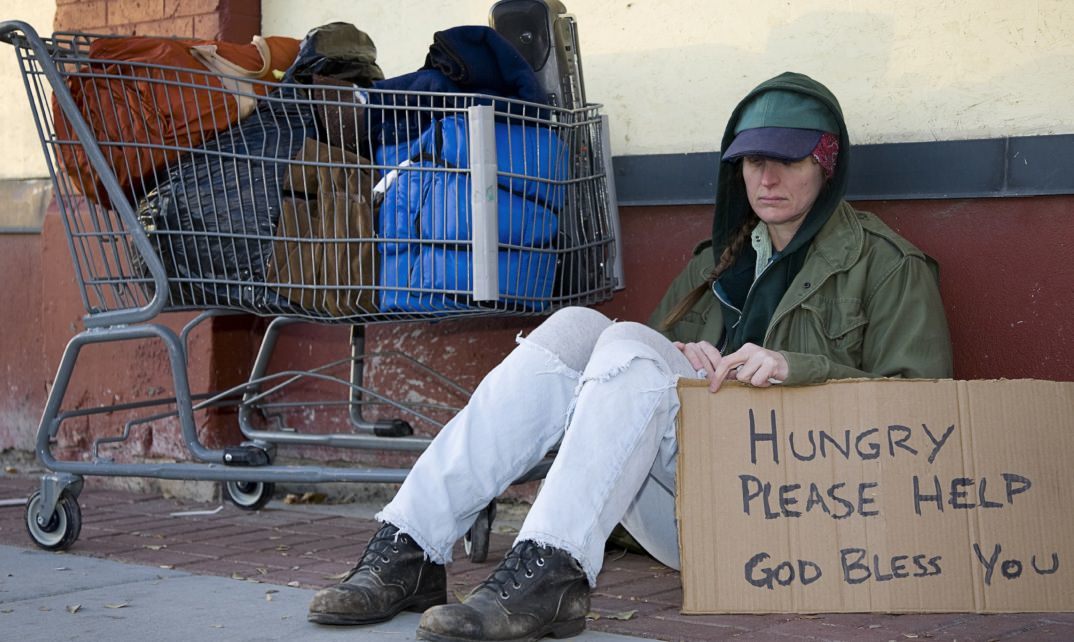 Homeless people live extremely hard lives, so the two men that followed Micha and called her out were walking a fine line between harassment and revealing the truth. 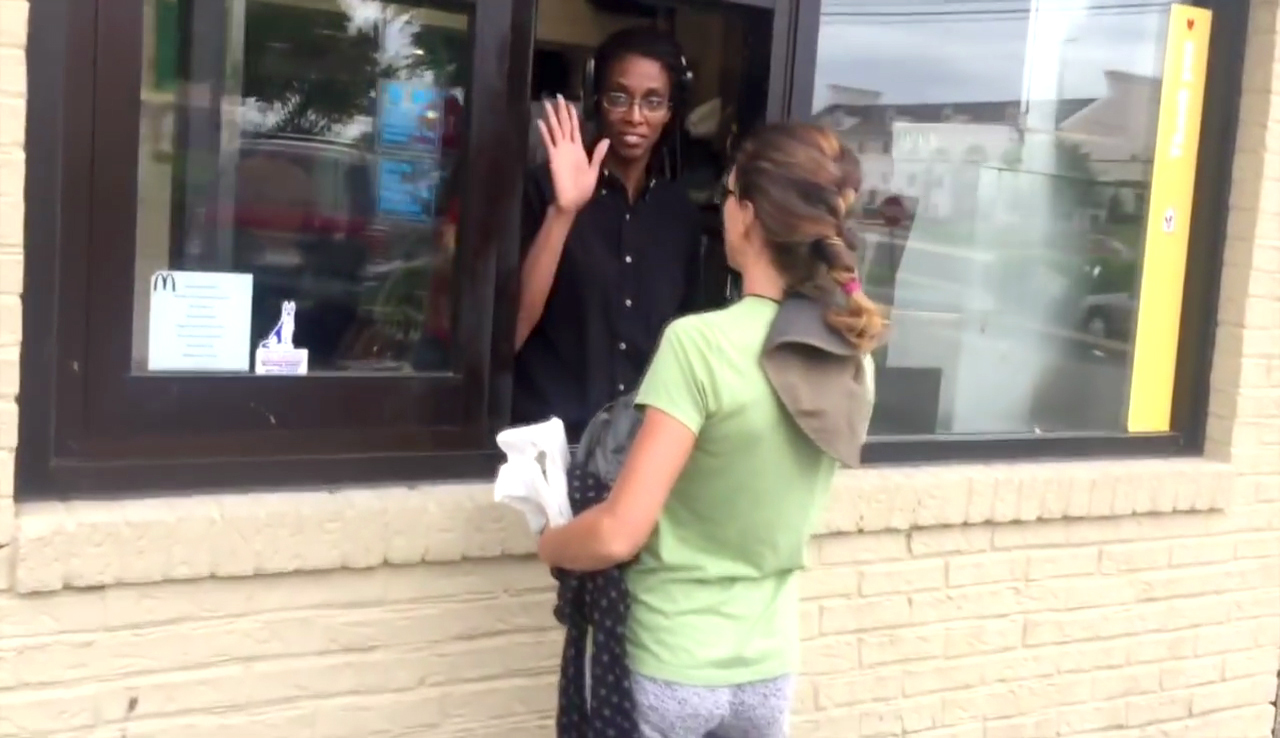 Still being followed by the men and their camera, Micha approached an employee at the fast food restaurant through the drive thru asking for help. She kept threatening to call the police on the two men. 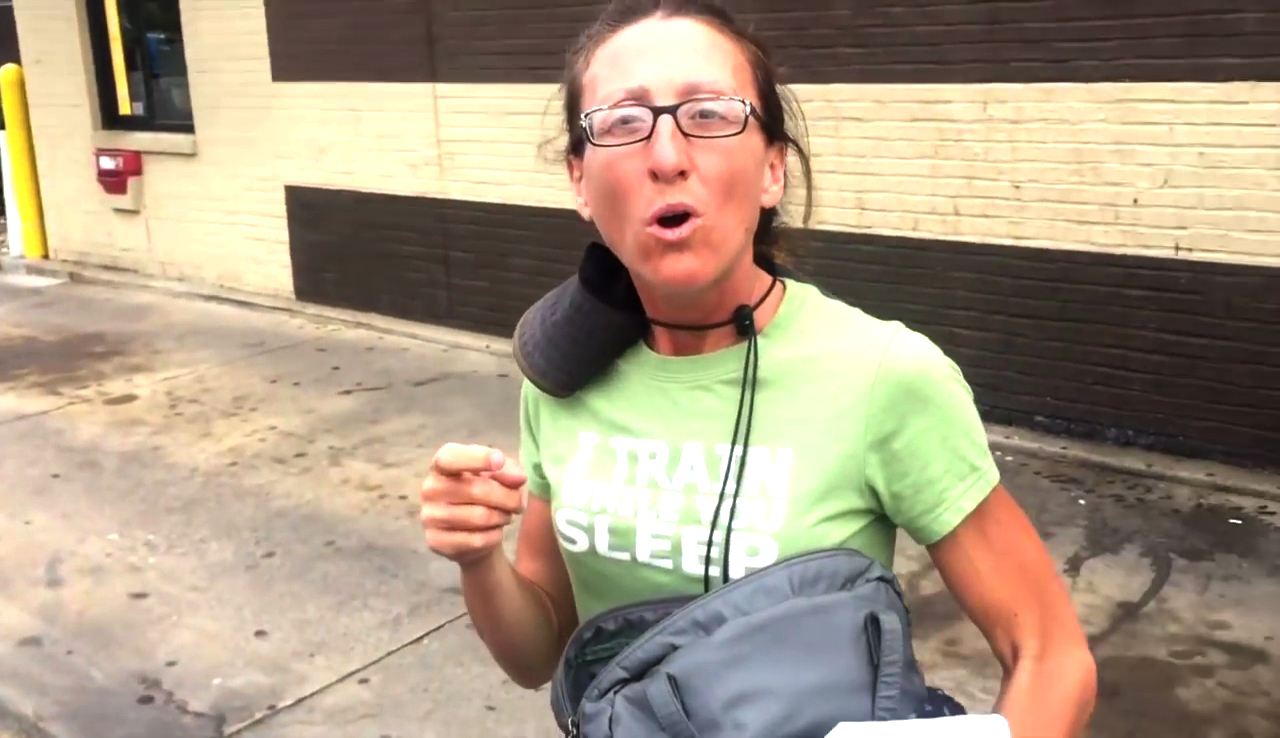 Micha could have left at any point, she didn’t have to stay in the same area as these men. However, if she did drive away in her car, it would prove that she wasn’t homeless at all.

Getting the Police Involved 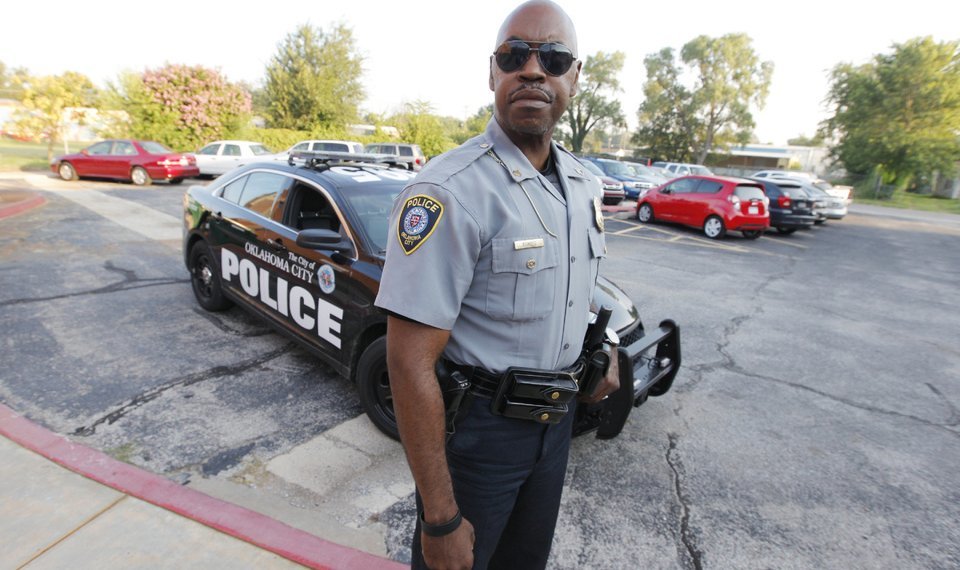 Finally getting angry, Micha called the police. When they showed up, though, things didn’t work out as she had hoped. 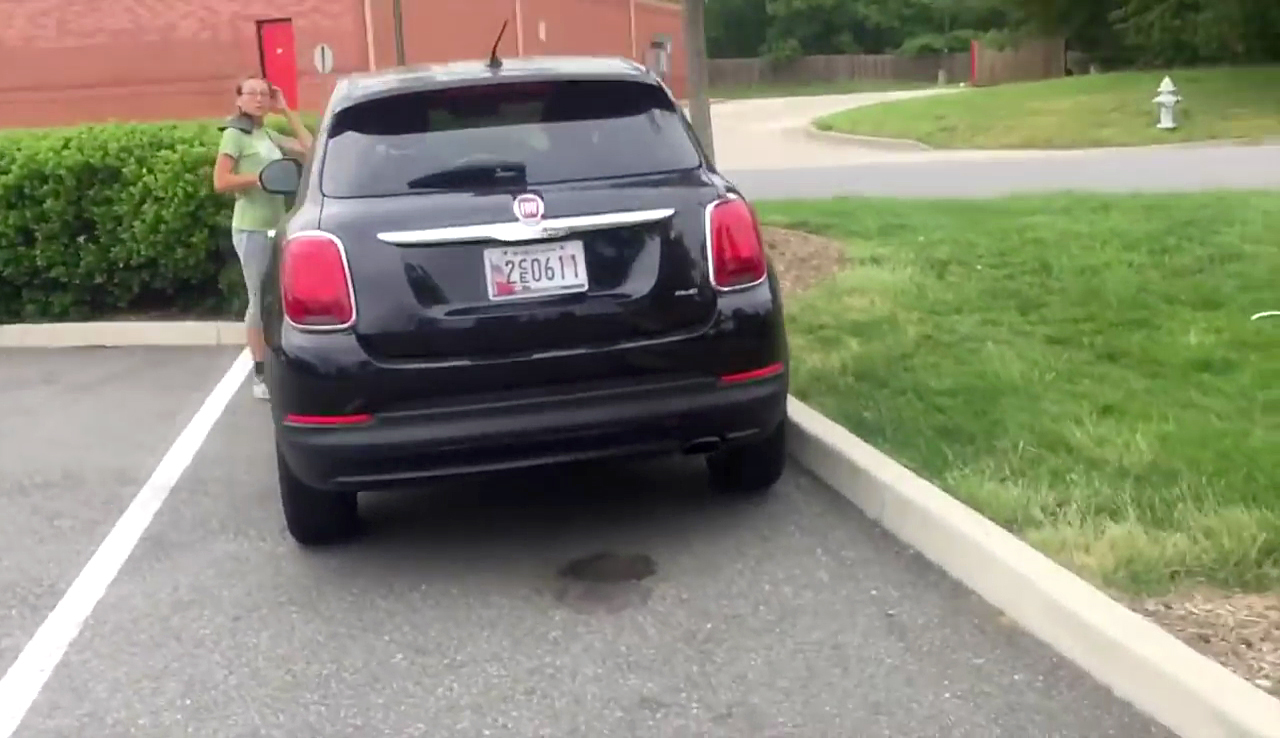 The video was posted online and went viral. The residents were angry that Micha had deceived them for all these years. Nobody would give her money any more and would even get aggressive with her. Someone even stood on the median beside her holding a sign that read, “She’s Not Homeless.” 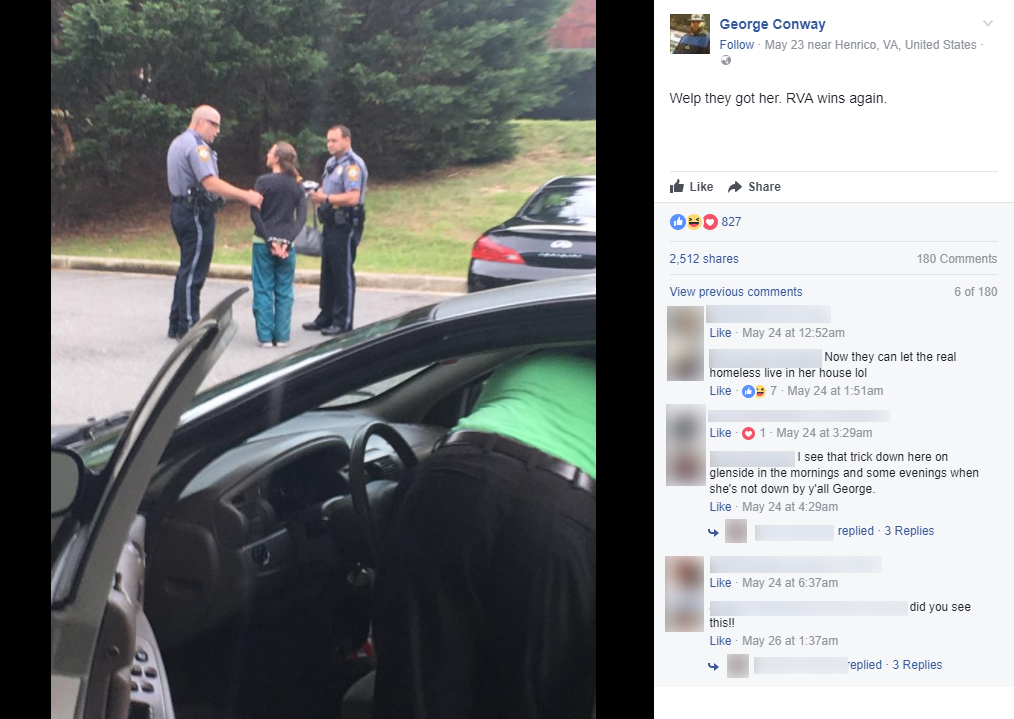 Even with the viral video out there, Micha still resorted to her nasty ways. She would yell at people and even throw her drink on cars. This wasn’t helping her case. 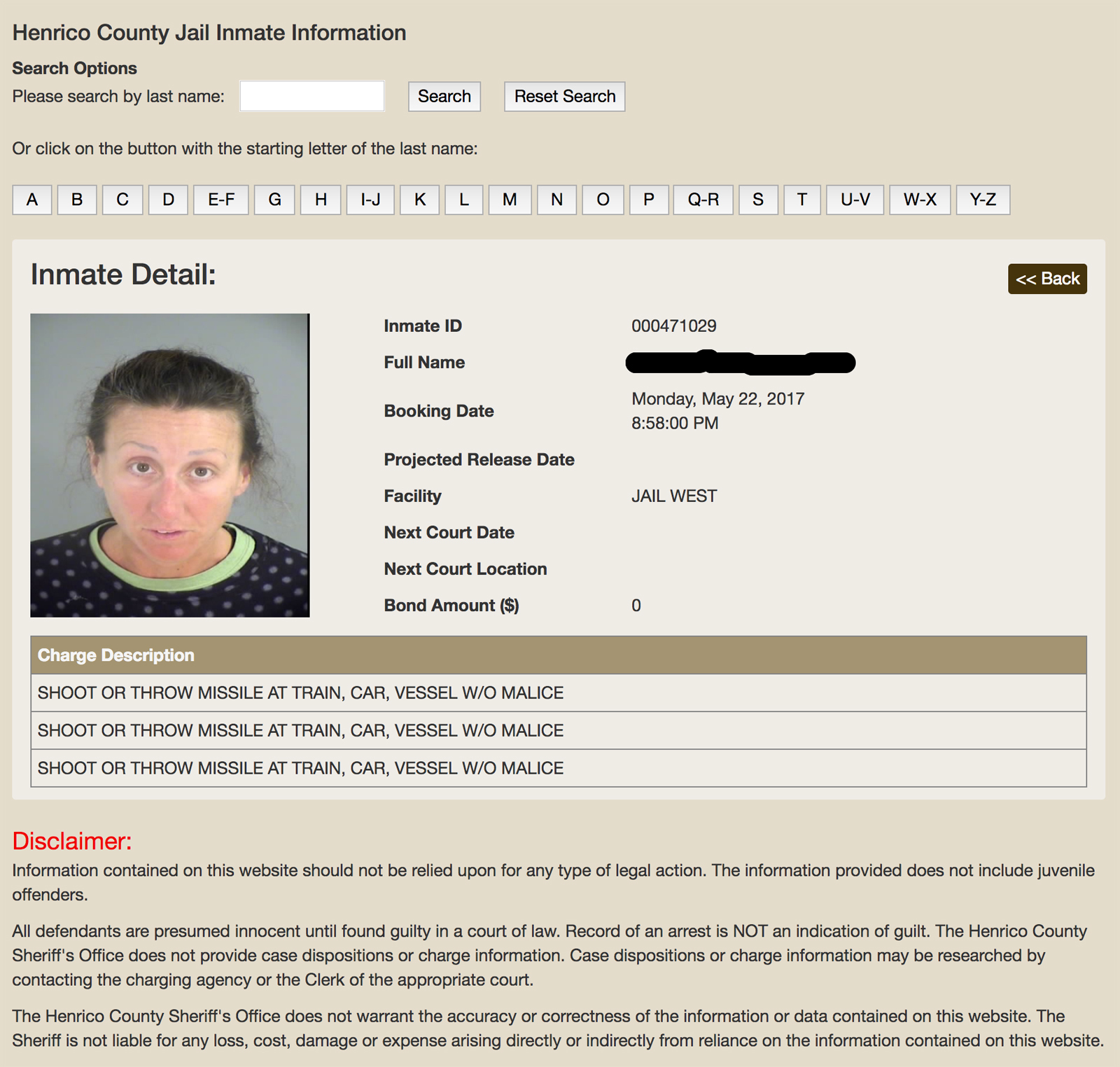 The police eventually came and arrested Micha for throwing her bottles or “missiles” at parked cars. 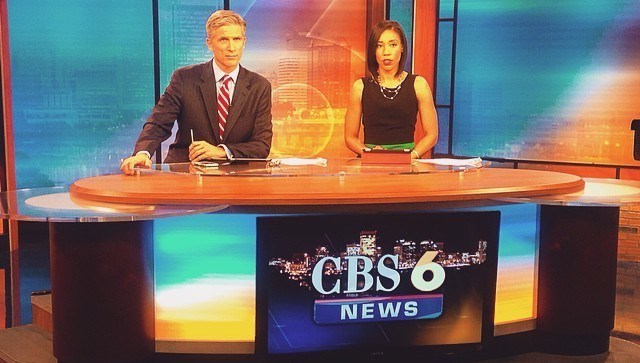 The media caught wind of Micha’s story and investigated how she had gotten away with pretending to be homeless for so long. 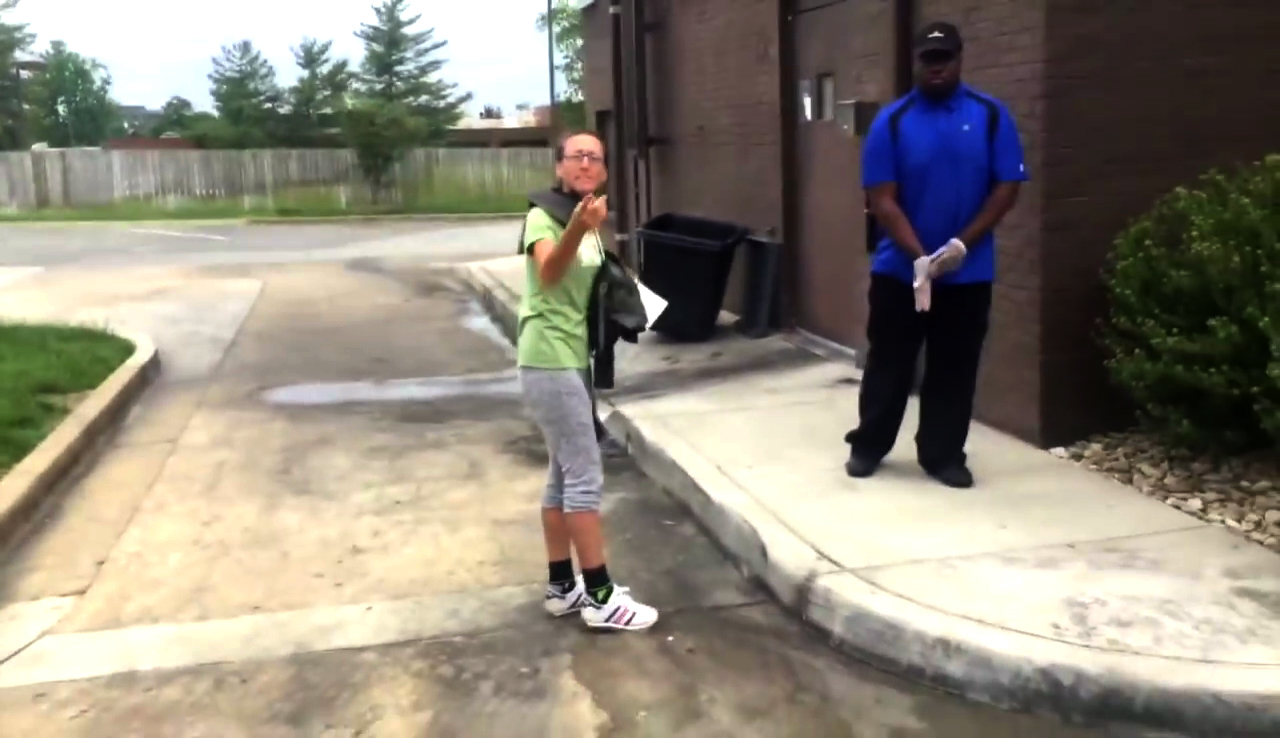 One theory is that Micha is part of a modern gypsy group in Virginia. The group has a few cars to help their members get around and panhandle for money. While this has never been confirmed, it does sound possible. 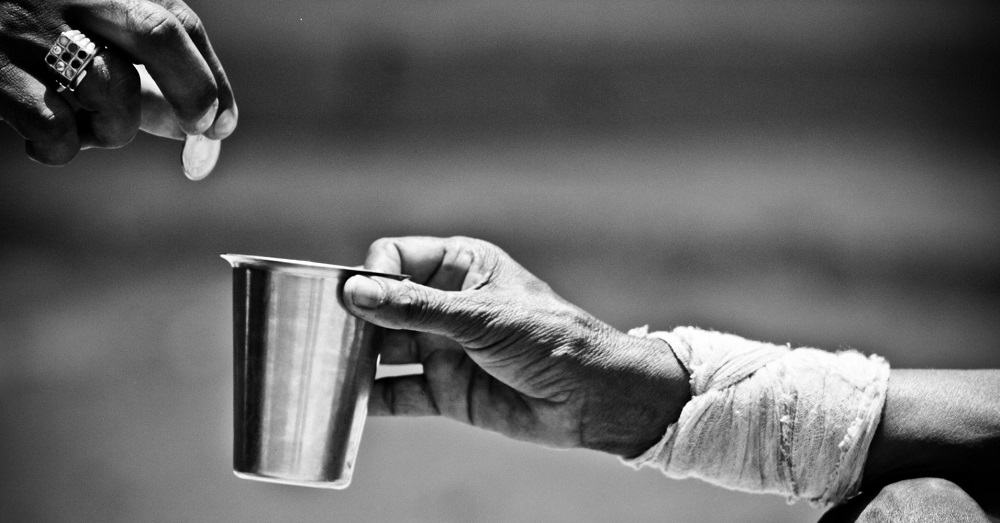 Micha decided to leave the area after her arrest. Her act was up and she wasn’t going to be making any more money from the locals. Some people claimed to have seen her in other areas, though. 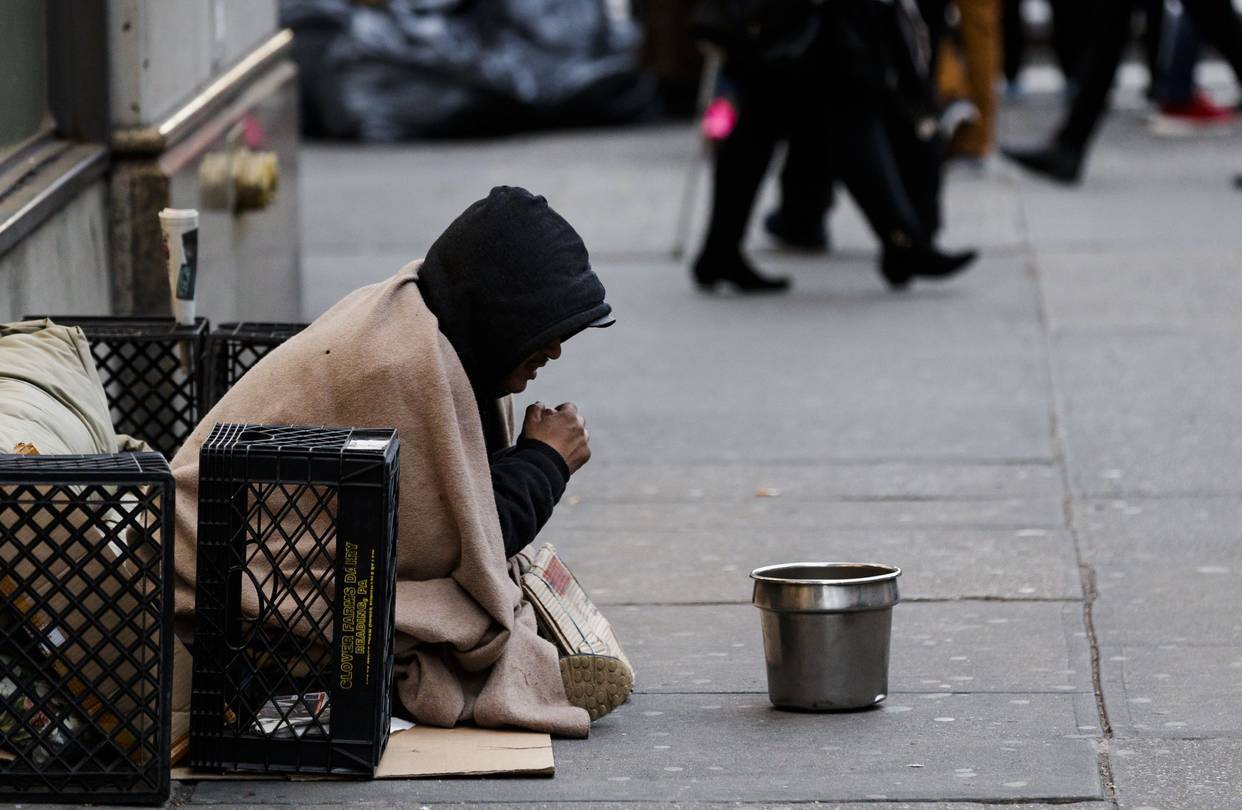 Micha’s behavior is insulting to all of the real homeless people on the street. These people do not have fancy cars to drive around in or stay in to get warm. People pass them on the street as if they are garbage. Micha has no idea what it is like to actually be homeless.