These Are the World’s Most Dangerous Airports 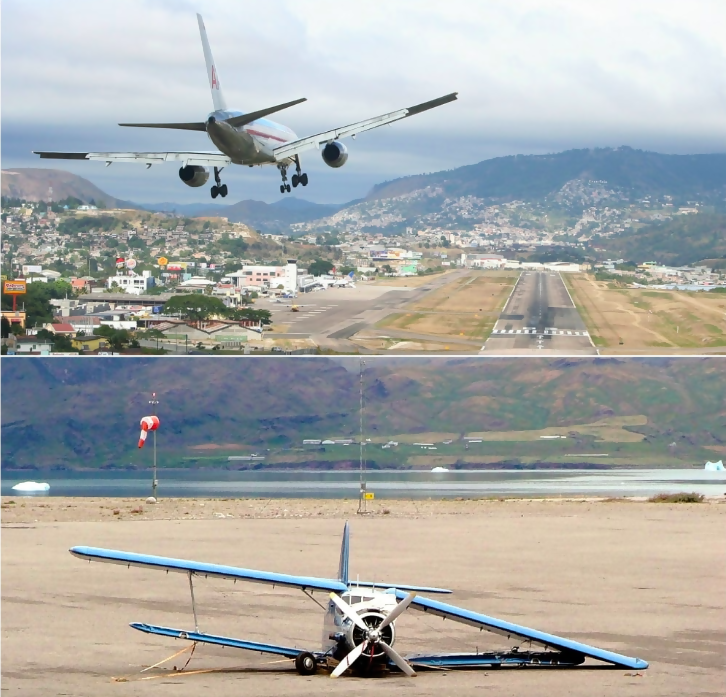 Flying has become one of the most convenient and fastest modes of transportation to get almost anywhere in the world. There are thousands of airports around the world that planes take off from every single day. However, not all airports have been built the same. Here are some of the most dangerous airports. 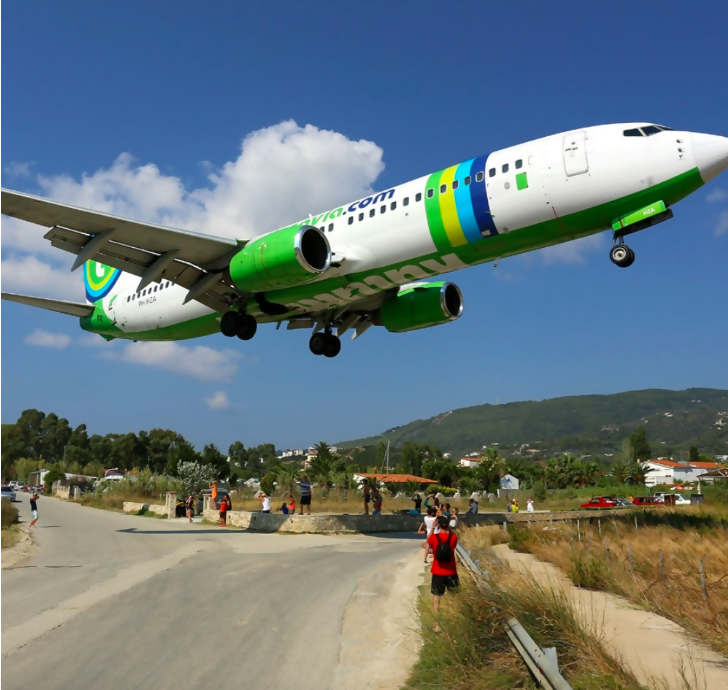 The most dangerous part about this airport is how short the runway is and how close pedestrians can get to planes as they take off and land. However, it does give observers a great opportunity to take some pretty amazing photos. 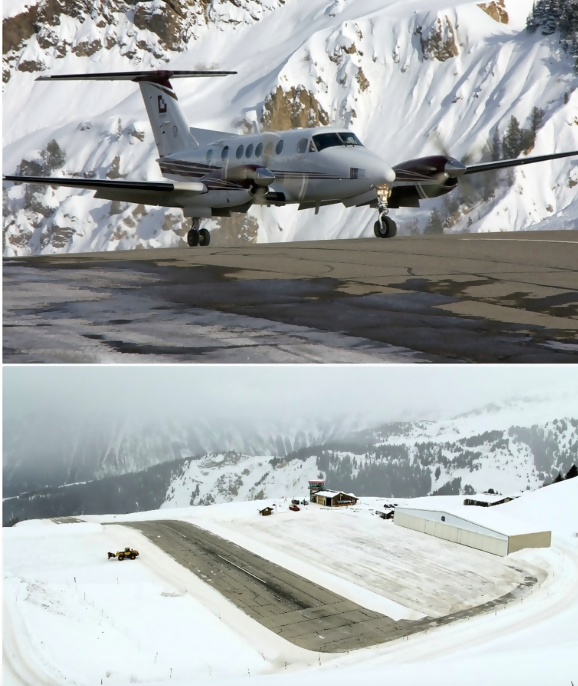 Located in the French Alps, this airport is very tiny and poses many risks and problems for pilots and passengers. The runway is on a slope and is just 1,700 feet long, which causes problems when planes need to take off or land. 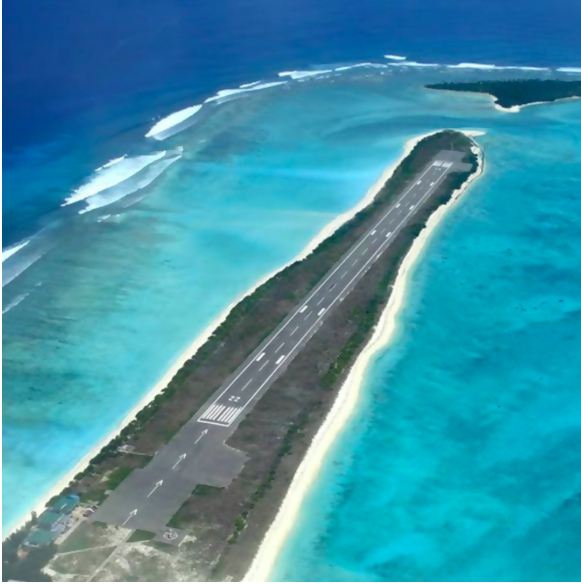 Located on the Indian island of Agatti, this airport may have one of the prettiest runways in the world. However, while beautiful, it does cause issues for pilots because the runway is so narrow and there is hardly any land on either side of it. 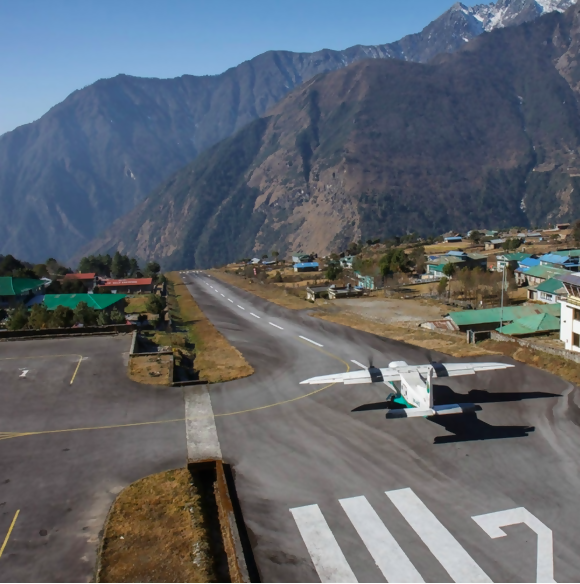 If you ever decide to take the dangerous hike up Mount Everest, then you will undoubtedly be using this airport in Nepal. Even the journey to Mount Everest is dangerous. This airport is known to lose communication with pilots often and there is a couple thousand feet drop at the end of the runway, so you better hope that plane starts flying. 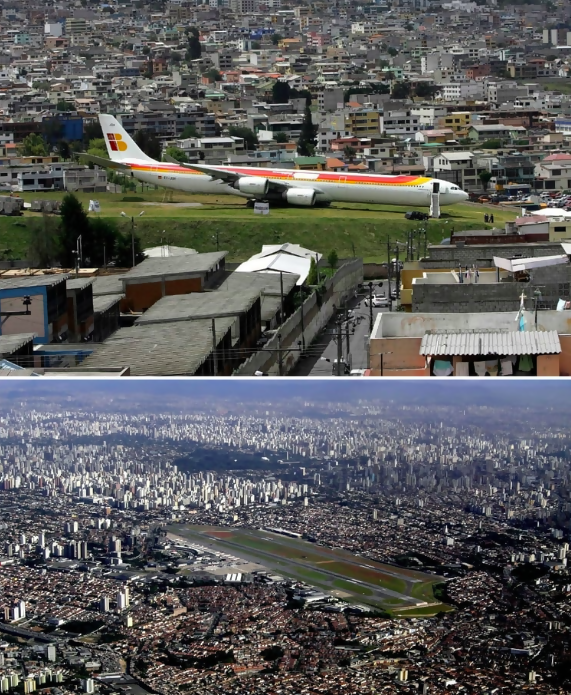 In San Paulo, Brazil, passengers will feel like they are landing right in the middle of the city. The very short runway is nestled between hundreds of buildings and skyscrapers in the city. 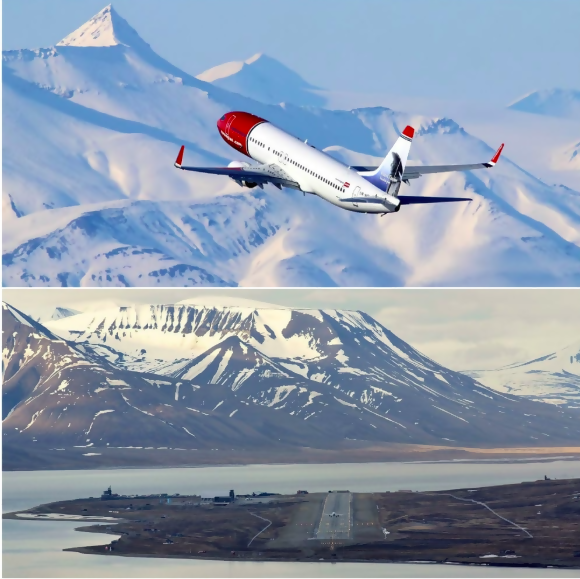 This airport in Norway may be one of the prettiest airports in the world, but it also poses many dangers. Built entirely on ice, the islands are difficult to travel to in the winter because of water runoff from the mountains. Pilots also are not allowed to land or take off in the dark. 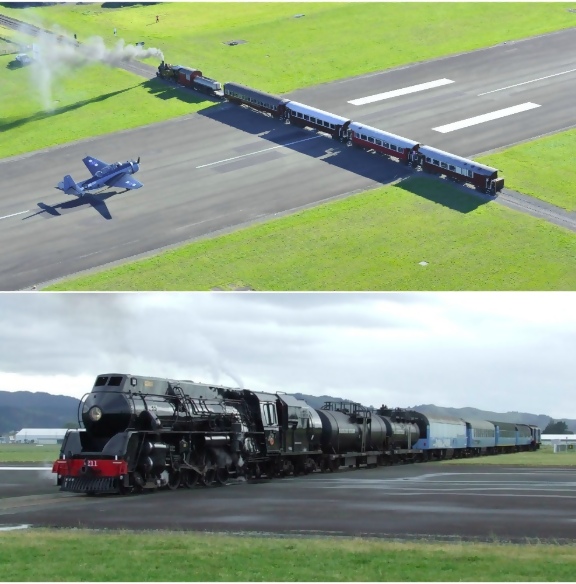 Located in New Zealand, this airport’s poor design makes it one of the most dangerous. Right in the middle of the runway are train tracks that are still in use to this day. It’s a good thing the airport and train conductors have fantastic communication. 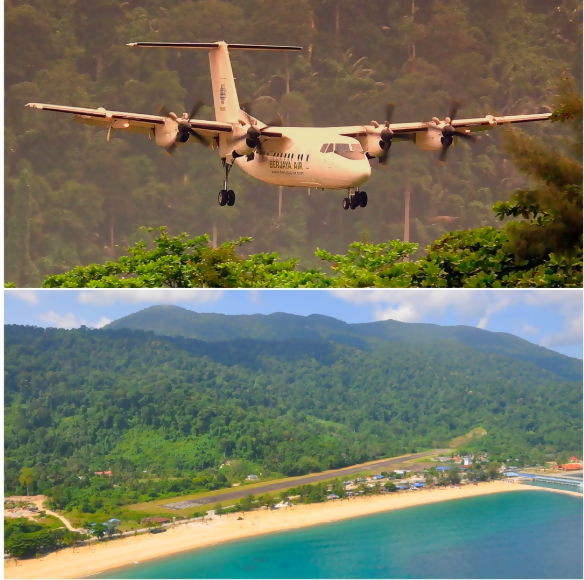 Right on the coast of Malaysia, this airport poses many challenges for pilots. In order to land safely, pilots must make a 90-degree turn just before hitting the runway to avoid crashing into a mountain. However, passengers can enjoy a beautiful view of the water and beach as they land. 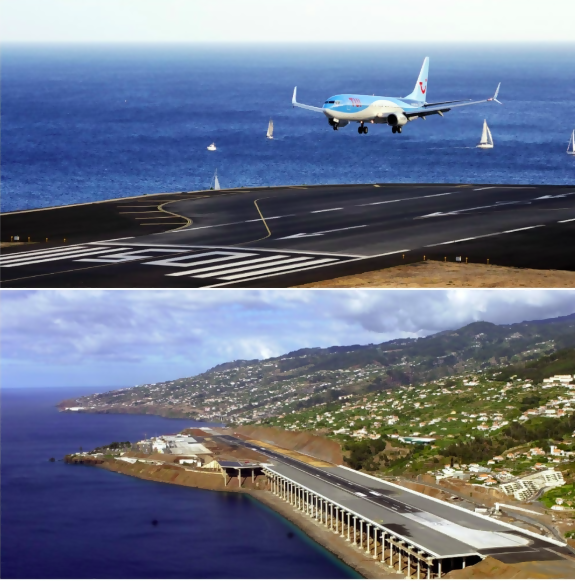 Located on Portugal’s island, only a handful of pilots are actually trained to fly in and out of this airport. The largest risks of this airport are the mountains and the ocean on either side of the runway. 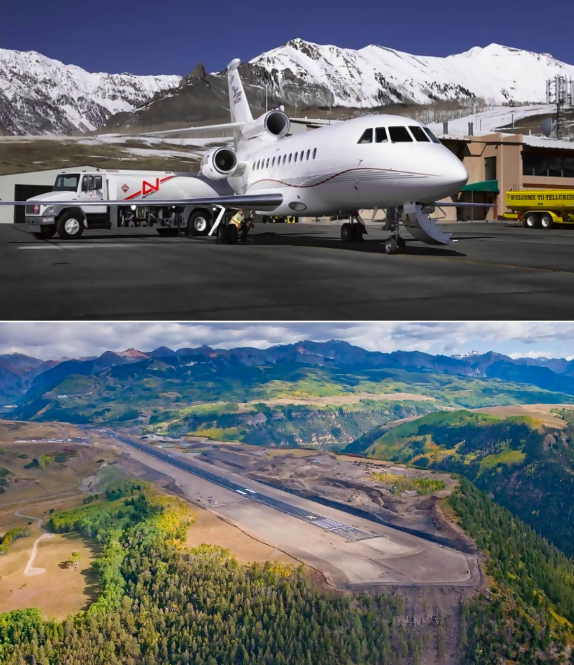 Not only is this one of the most dangerous airports, but it’s the most elevated commercial airports in the world. Located 9,070 feet above sea level in Colorado, the runway has a large cliff at the end of it with a large 1,000 foot drop. 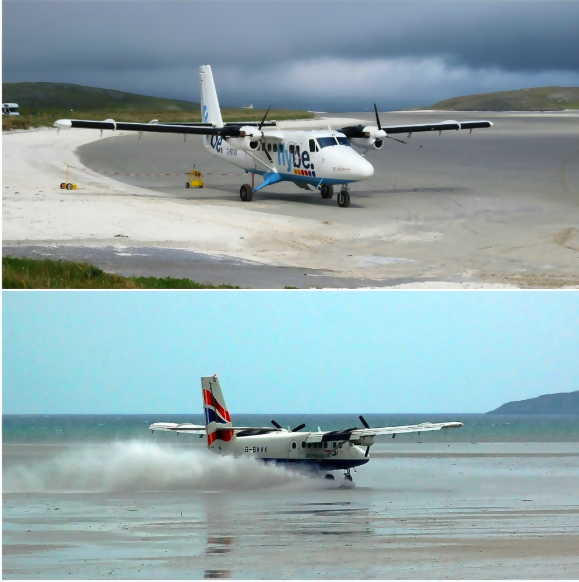 Located in Scotland, this airport has issues with wind, water, and sand getting onto the runway, which means pilots have to be very cautious when it comes to the weather. During high tide, the runway is covered in water. 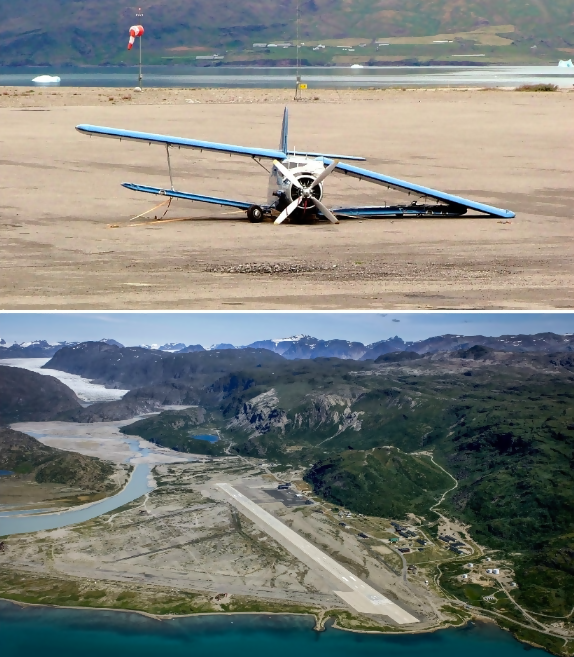 This little airport in Greenland has a lot of weather issues to deal with, especially when it comes to ice. There are many storms that take place in the area, which can cause severe turbulence while flying. Not to mention there is an active volcano that sometimes likes to spew ash. 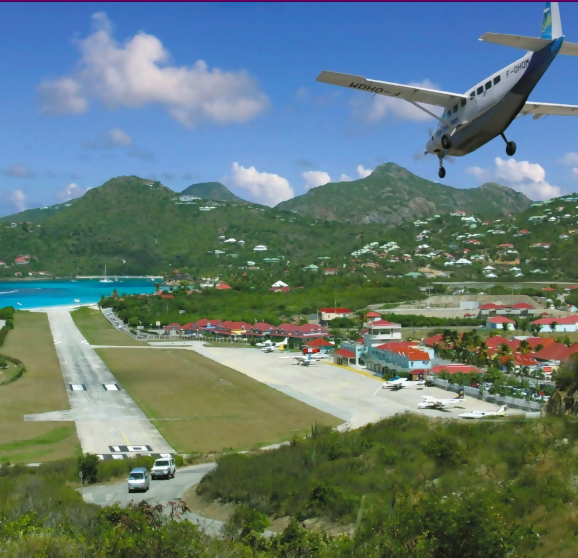 Located in St. Bart’s, this airport has a runway that ends right on a beach with gorgeous blue water. While it looks absolutely gorgeous, it poses a lot of risk to pilots, passengers, and people relaxing on the beach. 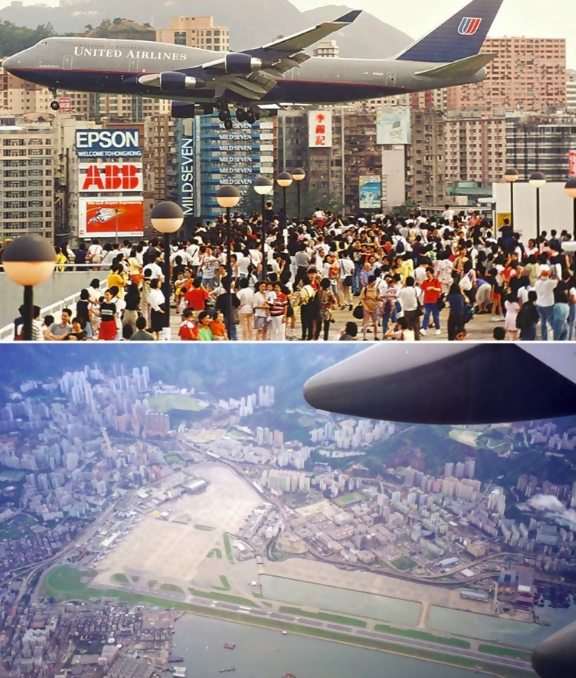 Located in Hong Kong, this airport is a very difficult place for pilots to land. With so many buildings and skyscrapers right near the runway, passengers may feel like they are going to clip one with the plane’s wings. The good news is that the airport was forced to close in 1998 due to the dangerous conditions. 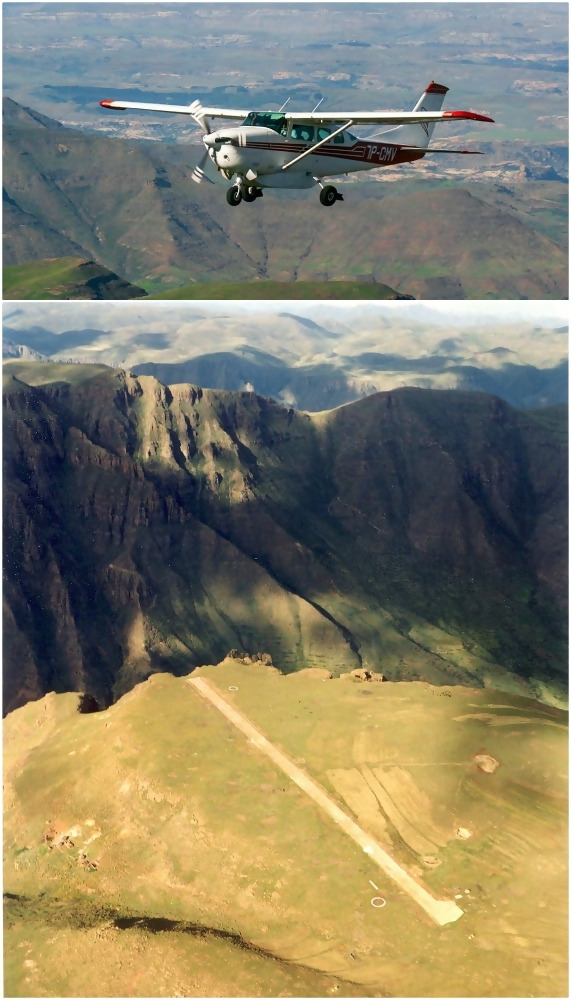 Located in the small country of Lesotho, this airstrip seems to be located in the middle of nowhere. It’s mostly used by doctors and emergency personnel to reach villages in the country. The most dangerous part of this airstrip is the 2,000-foot drop at the end of the runway. 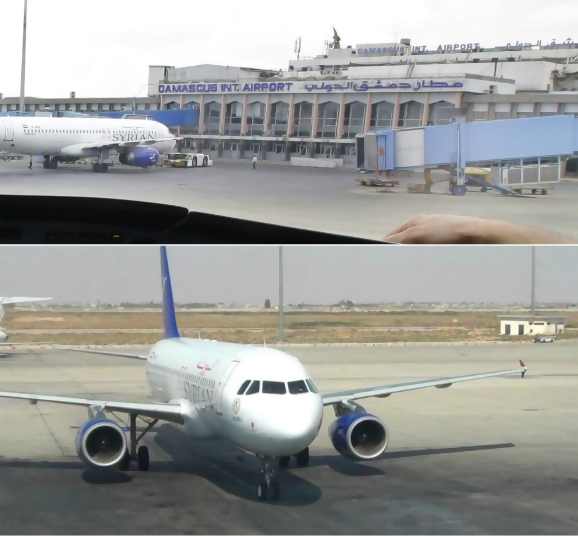 While the structure of this airport in Syria is fine, it’s the weather conditions that post the most risk to pilots and passengers. Although, in current political climates, people should be cautious when flying to Syria. In order to land at this Honduras airport, pilots must be quick thinking and make a sharp turn before lining the plane up with the runway due to the mountains that surround the valley. This landing procedure has been the cause of numerous crashes. 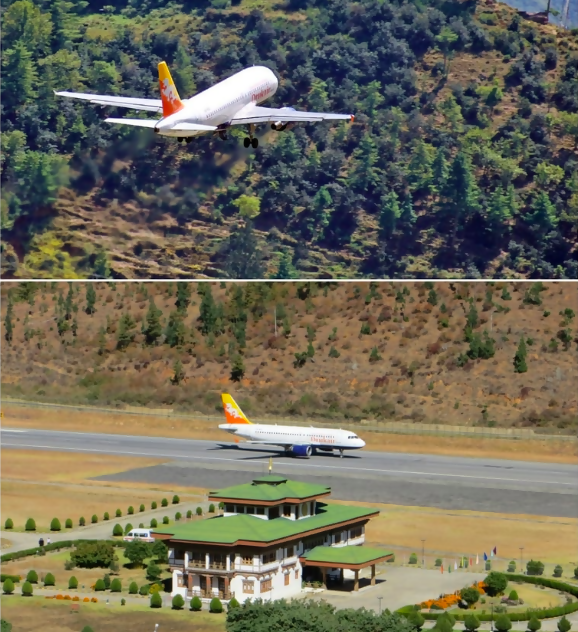 Located in the Himalayas, this airport only allows flights to land and take off during the day. This is due to the sharp turn pilots must take in order to avoid the mountains and peaks. Less than 20 pilots are actually licensed to fly in and out of this airport. 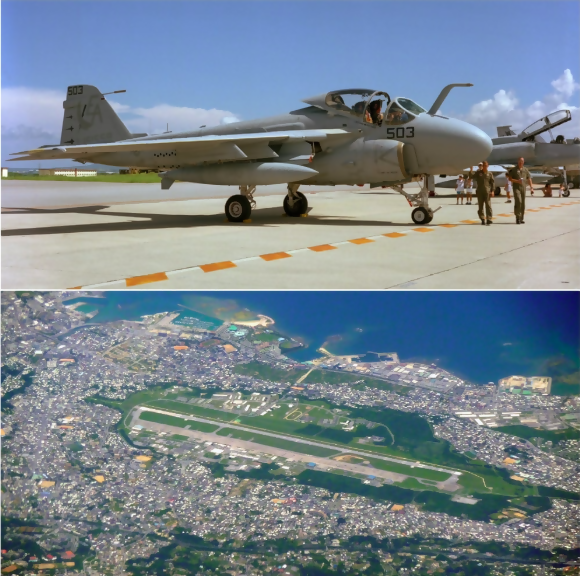 While this Japanese airport is mostly only used for military planes, it is still one of the most dangerous in the world. It is surrounded by homes and buildings, which can make it hard for pilots to land at the airport. The area is so densely populated that evacuating everyone in an emergency would be very difficult. 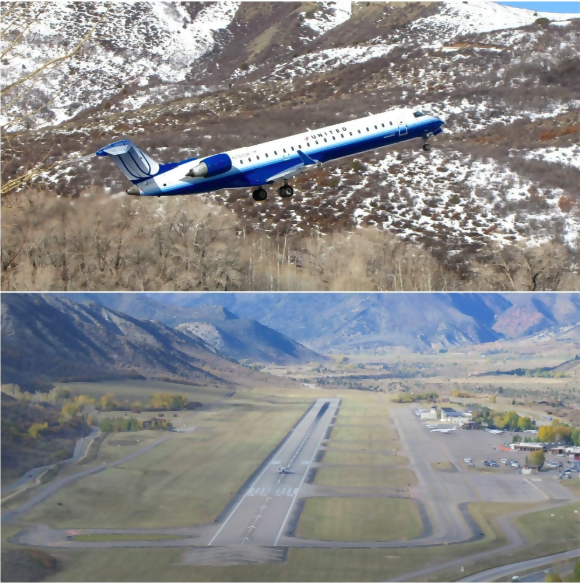 Another dangerous airport is located in Colorado. Since the runway is surrounded by mountains, it can be difficult for pilots to fly in and out of the area. That is why only a select few are licensed to do so. 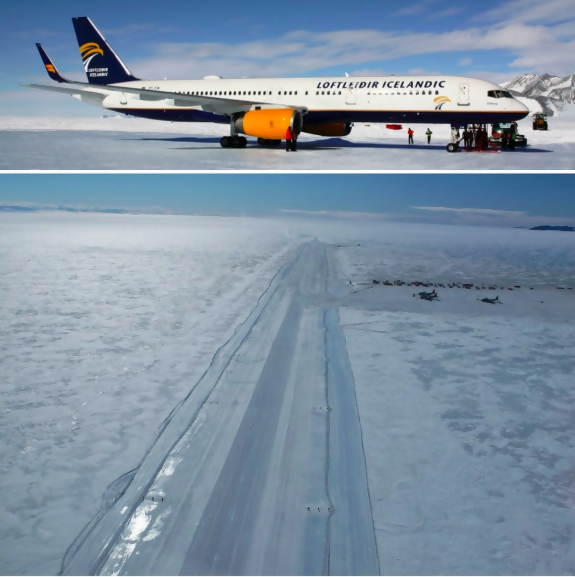 Antarctica is basically barren and definitely does not have a high functioning airport. Instead, they have a landing strip made entirely of ice. It serves as the only place for pilots to land on the entire continent. 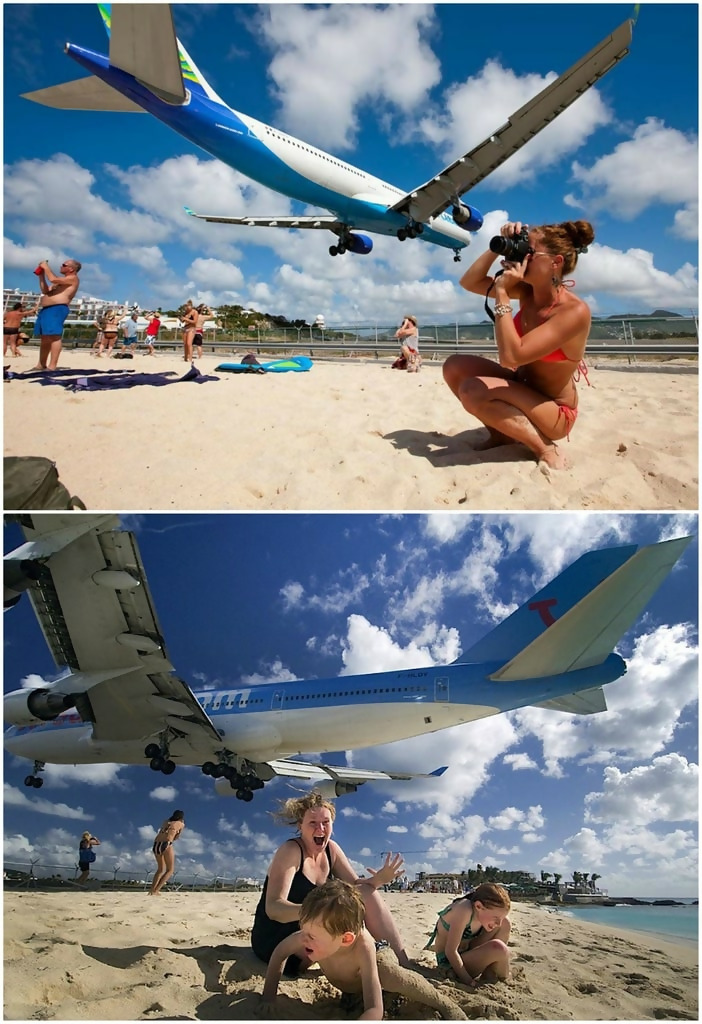 Located on the beautiful island of St. Maarten, this airport is located so extremely close to the beach that beachgoers and vacationers may feel like they are going to be run over by the planes as they land on the runway. Needless to say, this isn’t the most relaxing beach on the island. 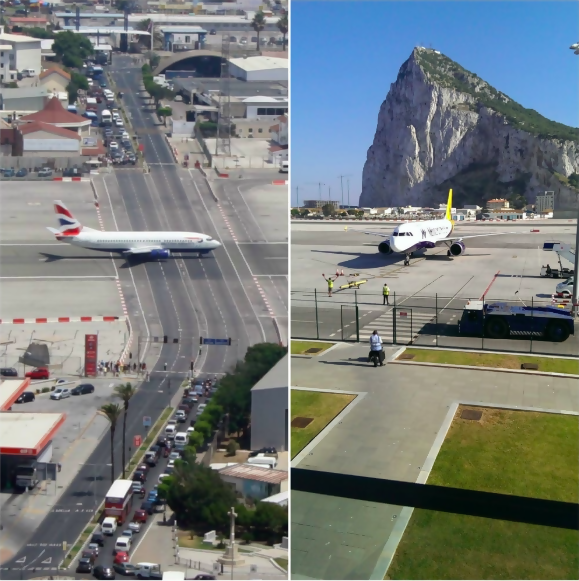 This airport located in Gibraltar makes the list for one reason. The main street in the city runs right across the runway. This means drivers must stop whenever a plane takes off or lands. 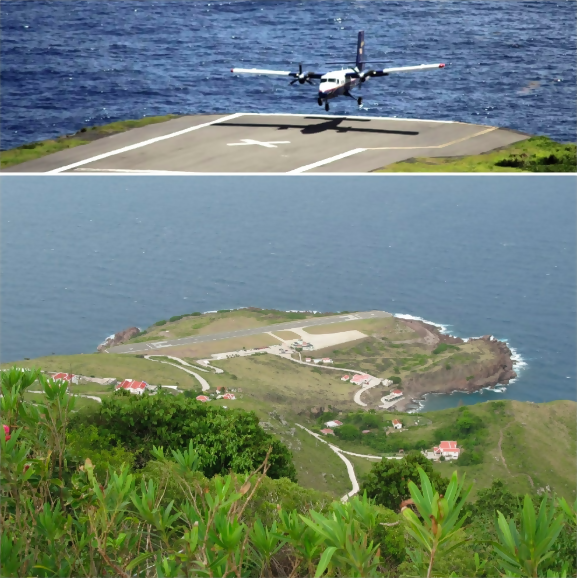 This airport in the Caribbean may have the shortest commercial runway in the world. Not only is the runway so short, but there is a cliff at the end of it. So, pilots have to be extra careful when making sure the plane takes off correctly.

Cliffs Around the World 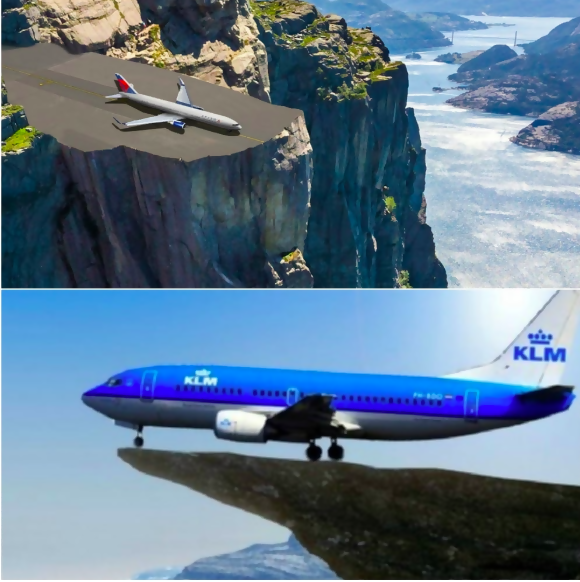 Depending on where you are in the world, your plane may use a cliff to take off and land on. If there is enough space for a runway, pilots are legally allowed to use them. For example, airports in Papua New Guinea use plenty of cliffs as runways.