When we think back to the “olden days” we can’t help but ask why they didn’t know better about certain things. Such as smoking cigarettes; how did they not know that they were so harmful? Well, when it came to hygiene and beauty, they also practiced routines that were potentially deadly too. 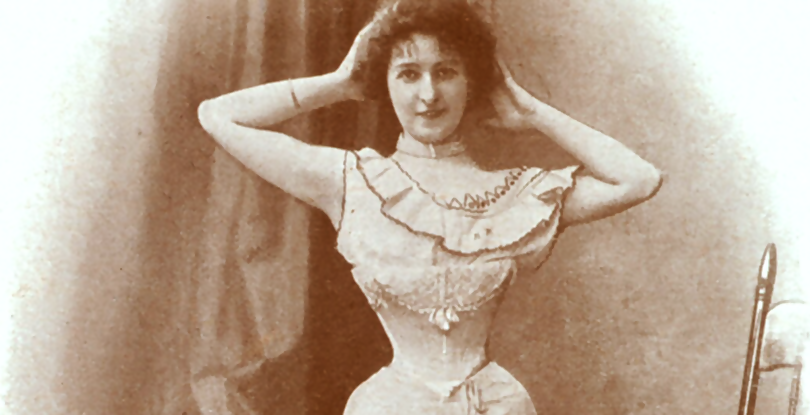 It took a while to draw up a nice warm bath back then. Not only was it hard to get the water warm, but it could be difficult to even get water sometimes. So, sometimes families and neighbors would all take a bath using the same bath water.

Nobody likes to lose their hair. So, to cure baldness and get hair to grow back, people would rub chicken poop all over their head in hopes that they would get their luscious locks back.

Someone Had to Wipe the King’s Butt

Did you know that it was someone’s job to wipe the king’s butt after going to the bathroom in England? This job was held from the 16th to the 20th century. While today it seems degrading, back then it was an honor to wipe the royal highness’s behind.

In Ancient Egypt, women would use crocodile poop as a birth control. They would take the dung and put it in their vaginas to prevent pregnancy. That just doesn’t sound very sanitary.

Makeup Was Made of Lead

Women in Europe strived to have pale skin, so they used a foundation that had lead in it. This would make their skin lighter and lighter every time they used it. However, the lead was so dangerous and it would create lesions and sometimes even poison the person.

Big Hair Would Catch on Fire

The bigger your hair the better was the motto during the 17th century. It was also a way to show how much money you had. However, when attending a ball during the time of candles and lanterns, it wasn’t uncommon for someone’s hair to catch fire.

Shoe Polish Could Kill You 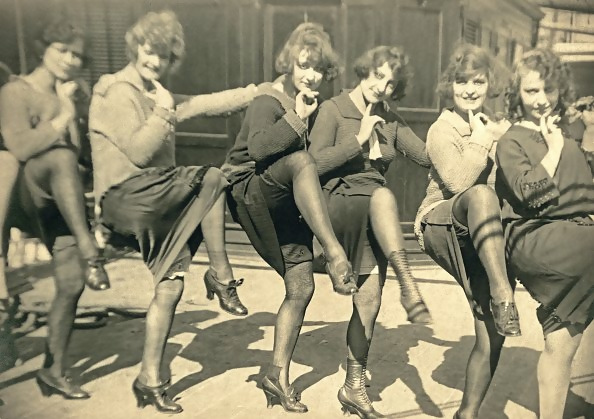 Back then, nitrobenzene was used in shoe polish to give shoes an extra shiny finish. However, when inhaled, it could make you pass out and even lead to some types of cancers. It’s safe to say that the ingredient is no longer used in shoe polish.

Back in the 1800’s, combs were made of celluloid, which is one of the first plastics created. However, under intense heat the plastic can explode. This wasn’t uncommon on movie sets during the 1950’s.

Since women wanted pale skin, they would result in eating chalk to get it. That’s right, white chalk. However, this chalk would make the women sick and sometimes even cause anemia. 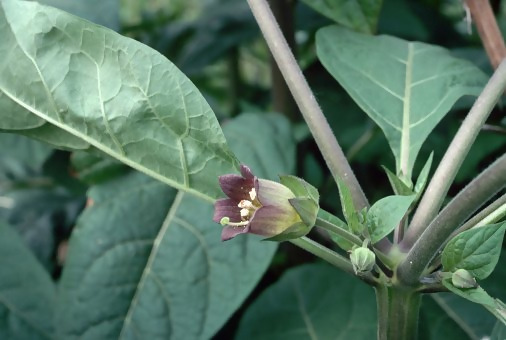 Belladonna is a poisonous plant that has been used to kill off royal family members in the past. However, it was also used in eye drops so women could make their pupils larger, which was considered very beautiful and seductive during the Renaissance. 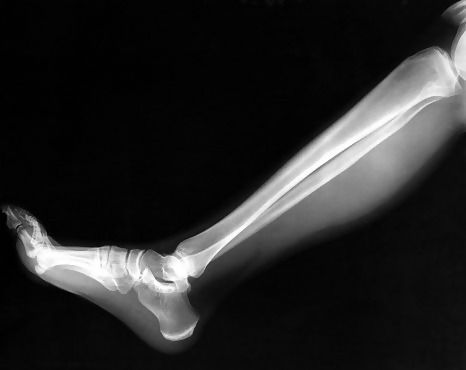 In the 20th century, women would use x-rays to remove their body hair. However, the intense radiation started to damage their skin and cause wrinkles as well as cancer.

Elizabethan men and women would give themselves gingivitis because it showed how wealthy they were. They would eat so much sugar that it would rot their teeth. At this time, sugar was considered a luxurious product, so only the rich could afford it.

In Asia, women would put a black dye on their teeth from ancient ages until the 19th century. While it may be seen as strange to the Western world, it was considered beautiful in Asia. It also served as a sealant and protected their teeth.

Radium Was Found in Hair Products

Radiation poisoning is no joke. So, when people started to feel the effects of using hair products with radium in it, they were quick to ban the chemical from being used. It was particularly used in Caradium, a product that would treat graying hair. 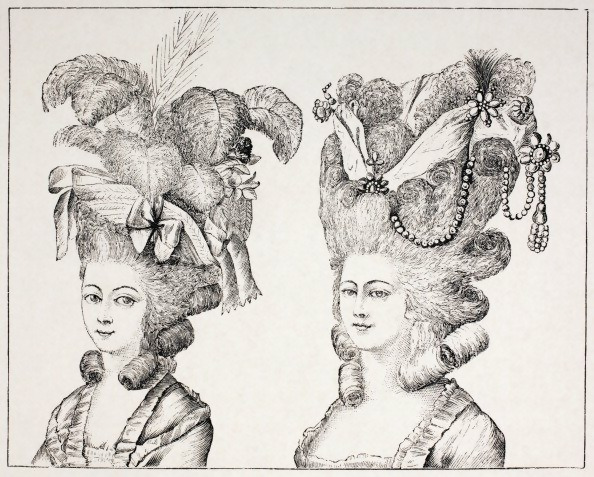 One way women would get such big hair was by putting lye in it. However, they wouldn’t wash their hair all the time. So, sometimes vermin and critters would find their way into their hair and would even bite them!

Dentures Were Made of Dead People’s Teeth 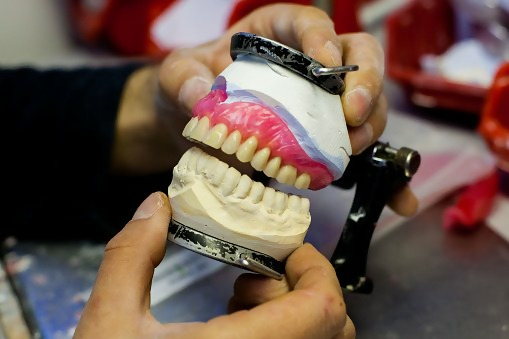 Without dental care, the English would often lose their teeth because they ate so much sugar. So, dentures were created by using the teeth of dead soldiers.

Egyptian Servants Were Lathered in Honey 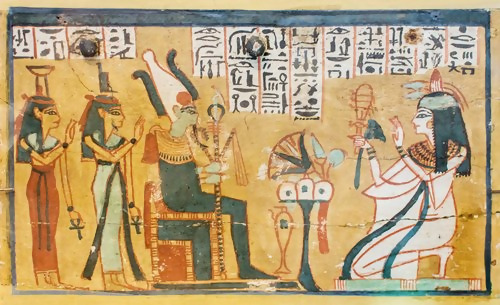 In Ancient Egypt, servants would be lathered up in honey so that flies would be attracted to them and not the Pharaoh. This would allow the Pharaoh to focus on his work rather than swatting bugs away from him all day.

During the European Renaissance, royalty would sometimes eat dead people. They would sometimes pay for Irish graves to be robbed so they could consume the corpses to cure epilepsy, nosebleeds, and headaches.

Native Canadians would use the testicles of beavers as a form of birth control. They would brew it in a tea and drink it before having intercourse.

Urine Was Used as Mouthwash

It was common practice in Ancient Greece and Rome to use urine to wash out one’s mouth. They thought that this would protect their teeth and prevent them from getting sick.

Silphium was a plant used by the Ancient Romans in a number of things such as food, birth control, and sometimes even in abortions. However, the plant went extinct hundreds of years ago so we will never know just how effective it was. 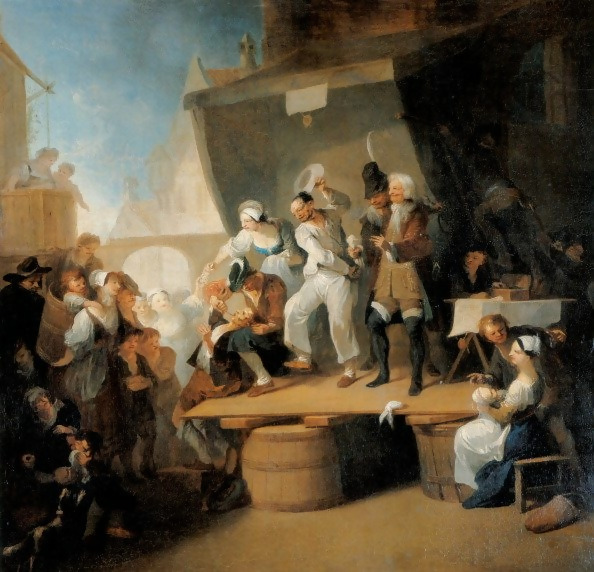 It was barbers in the Middle Ages that would pull out people’s teeth if they had a toothache. These barbers were considered “surgeons” because doctors saw these procedures as beneath them.

People Repeated Outfits All the Time

It turns out that poor and middle class people hardly ever changed their clothes. This meant they would be wearing dirty and filthy clothes for days until they could find time to wash them.

Moss as Used as Menstruation Pads

Before cotton pads were invented, women would use moss to soak up menstrual blood. However, this definitely was not the most hygienic option when it came to dealing with the menstrual cycle.

Sulfur Was Used to Get Rid of Freckles

Back then, nobody liked to have freckles. So, they would rub sulfur on their face to try and get rid of them. However, the sulfur would cause harm to their skin and health. This is just another example of why we shouldn’t try to compete with beauty standards.