A harrowing case of neglect resulted in a dog who was encased in over two pounds of fur. Named after a David Bowie character and given a fresh cut, little Jareth made it to his forever home. 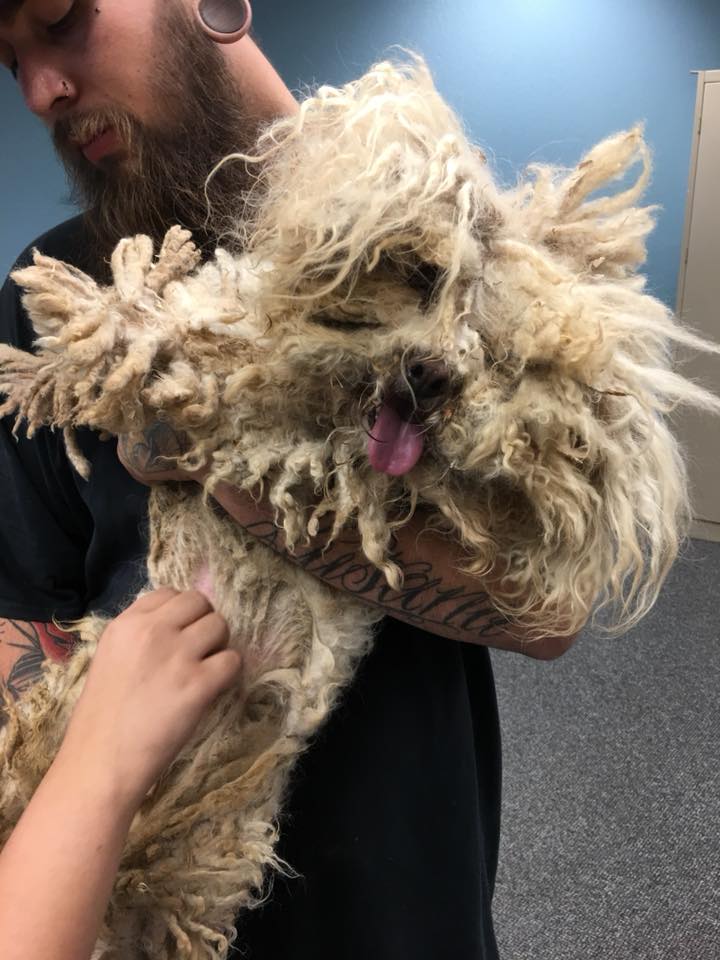 A small dog named Jareth had spent years covered in filthy, matted fur. His life had been a constant torment. Then a group of helpful volunteers rescued him and rehabilitated him, giving him a new “leash” on life. This is a tale of an adorable dog who got a second chance at a forever home. 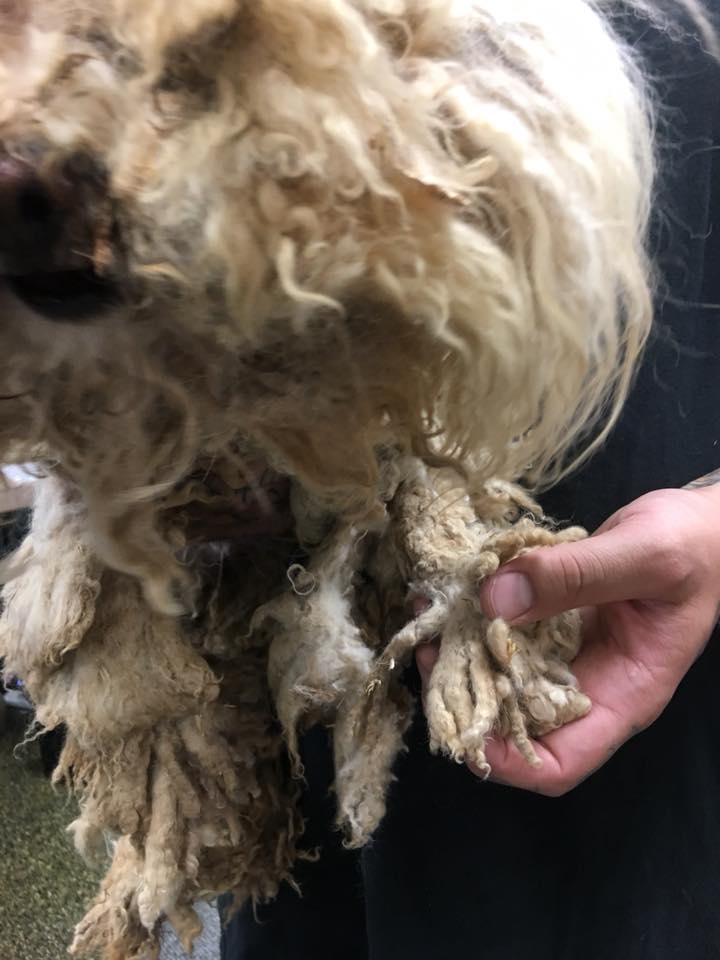 Five-year old Jareth is a poodle who had been surrendered to the Valley Animal Center in Fresno, California. His fur was so matted and long that it was almost impossible to even see his face. Little was known about his background, but it was obvious that he suffered from abuse and neglect. 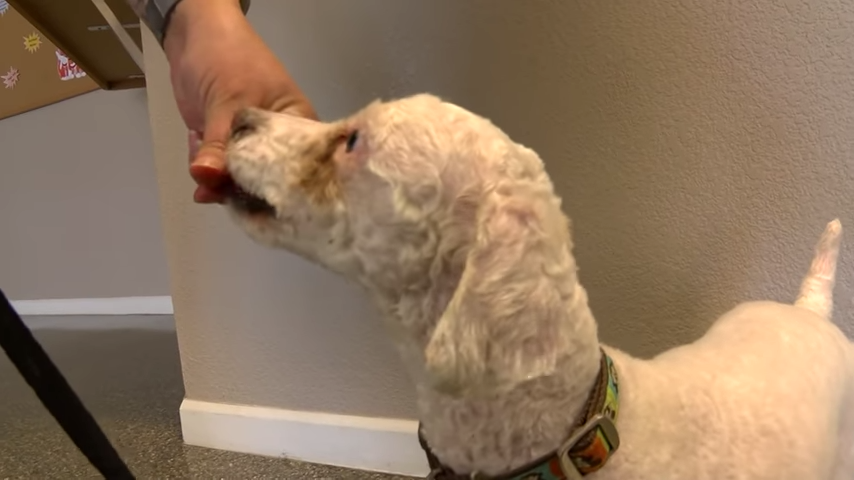 According to Devon Prendergast, community relations coordinator at Valley Animal Center, he was one of the worst cases they had ever seen. “Our staff was in complete shock as they carried him into our adoption center. One of his eyes was completely covered by the matted fur and stickers intertwined in the fur.” 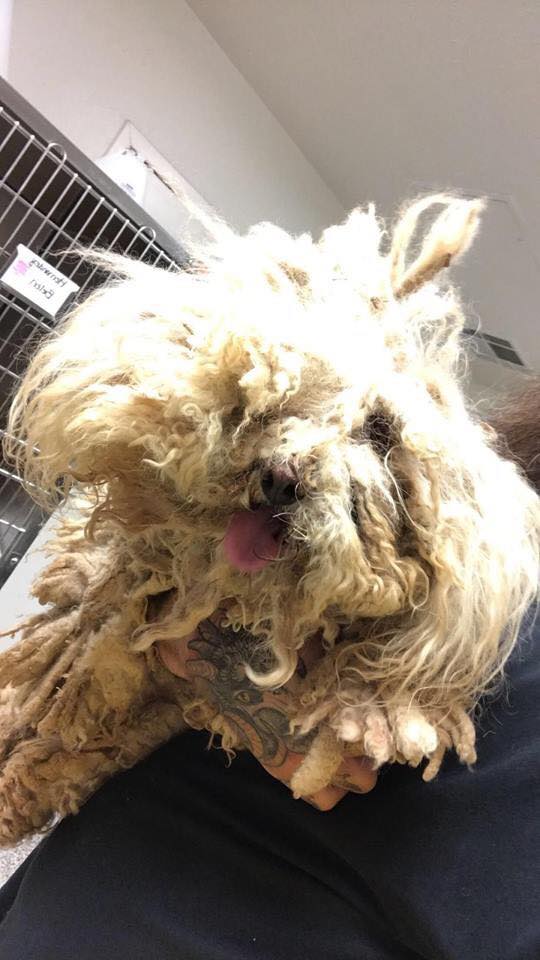 The pictures make him look as if he might not even be a dog. He could have been a sheep, or even a dust mop. “His feet were so matted that his pads couldn’t touch the surface of the ground and he could barely move,” the shelter wrote on Facebook. 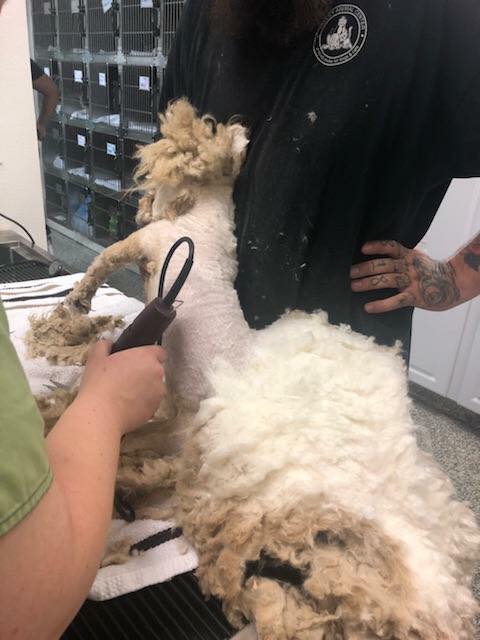 They knew he would be a difficult case to save, so they rushed him into the clinic right away. “Our animal care team rushed him to our clinic within the hour, and due to the severity of his condition, had to sedate him to remove all the excess fur,” Prendergast said. That’s when Jareth’s transformation began in earnest. 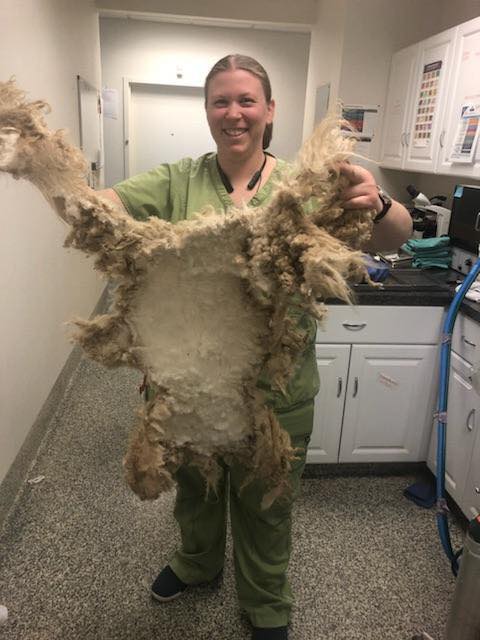 It started with the clinic removing an astonishing two full pounds of fur. “Our awesome clinic team removed approximately 2lbs worth of fur from JARETH which now allows him to see out both his eyes and walk! We will never know OR understand why someone would EVER let their pet get to this neglected state, but we WILL however focus on getting JARETH back to the healthy state he deserves, get him neutered, and soon enough, be available for adoption.” 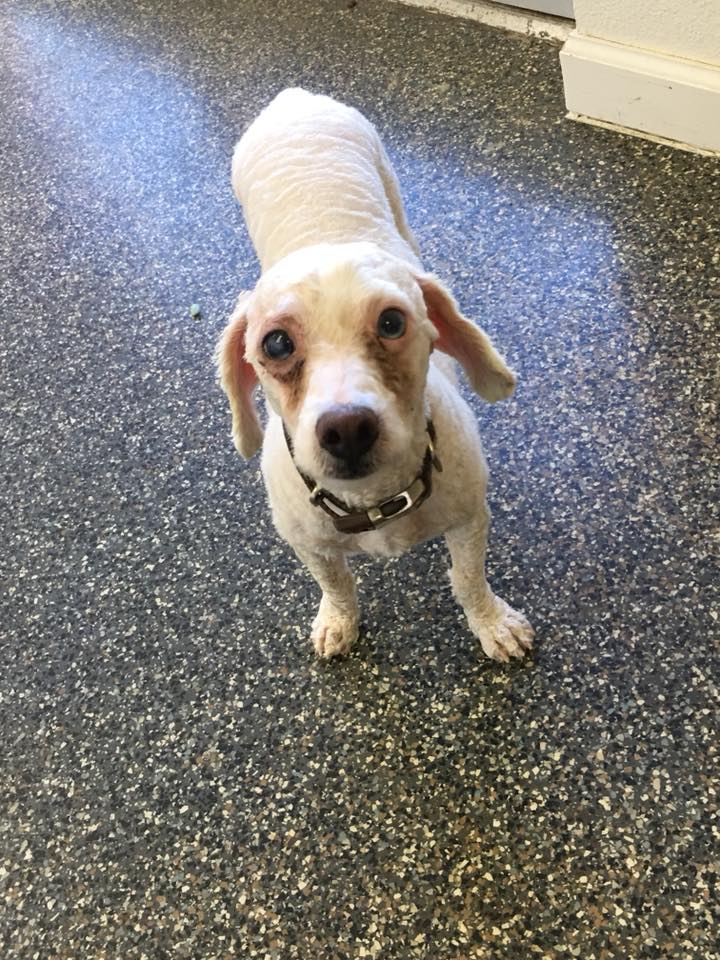 Once he was freed from the prison of hair, Jareth’s personality could shine. And shine he did. “Although he suffered severe trauma and neglect, just four days after having all the matted fur removed, Jareth is now vocal and full of energy,” Prendergast said. 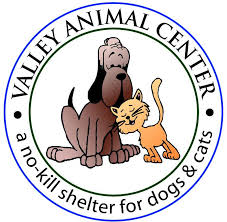 The Valley Animal Center serves the greater Fresno area as an adoption shelter. According to its website, the Valley Animal Center “houses thousands of dogs and cats annually until they are placed in loving homes. Euthanasia is never performed unless the animal is suffering from a serious illness that cannot be cured, or a painful condition that cannot be alleviated.” 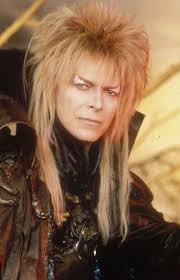 The poodle was named for Jareth, the long-haired Goblin King portrayed by David Bowie in the 1986 movie Labyrinth. The shelter wanted to give him a name that suited his appearance, but also which hinted at transformation. Bowie was famous for transforming into many different kinds of characters in his music and films. 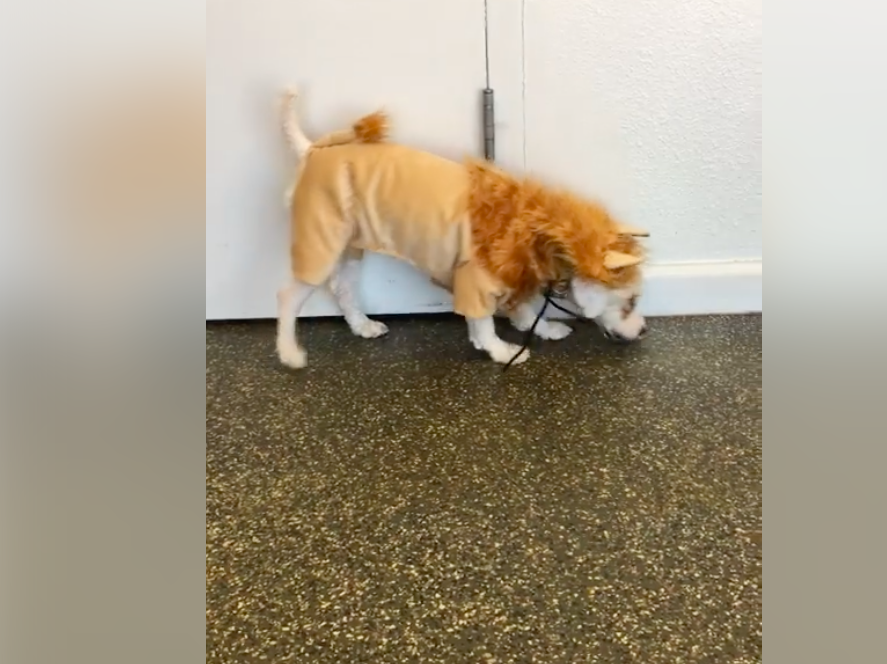 Jareth was suddenly full of life. “He enjoys his walks on leash and loves having his new soft coat petted.” After giving Jareth some time to heal and settle in, the dog went up for adoption, even wearing a lion costume for the annual Halloween Party. 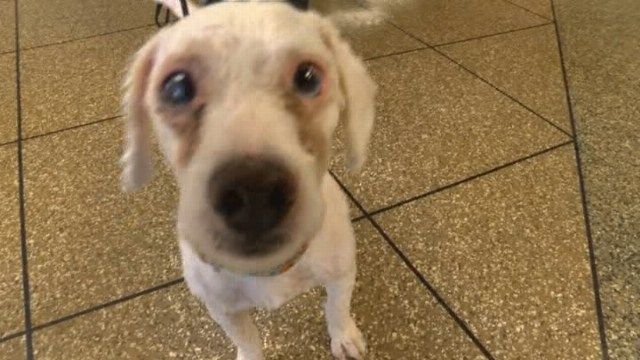 Many people followed Jareth’s story on TV and Facebook. It didn’t take too long after the adoption event for someone to take Jareth home. Now he is a completely different dog, with a loving family. “Our hearts are too big to say no, Prendergast said. “This is exactly why we do what we do.”