Malta is one of the world’s smallest countries area-wise with a 316 square kilometers land area. But don’t be fooled because almost everything else about this country is huge and remarkable. Malta is a historic-rich country, and its location in the Mediterranean has made it one of the must-visit places in this part of the globe. 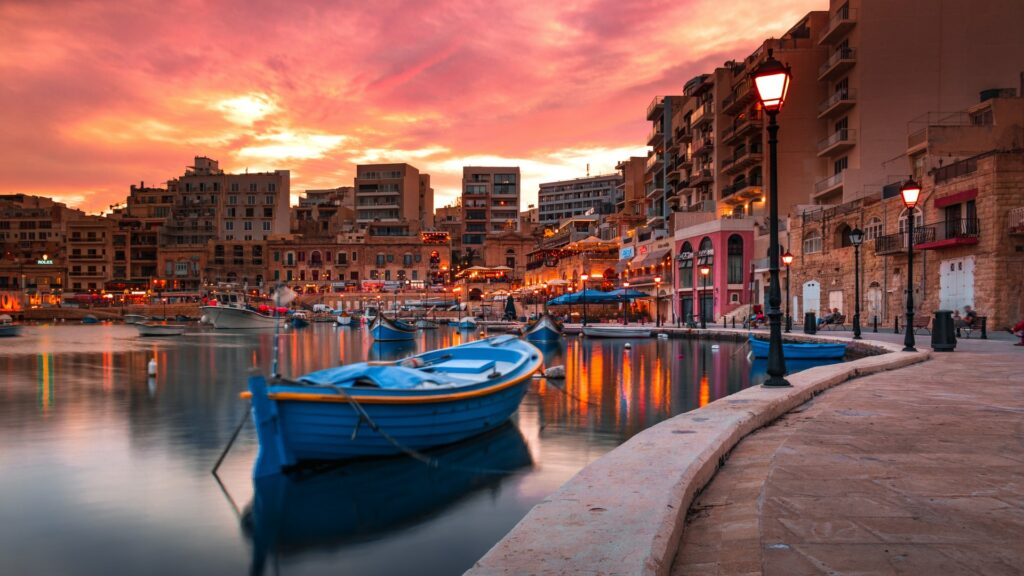 Whether you are a tourist looking for memorable adventures or an investor on the lookout for investment opportunities, Malta will not disappoint. Classified by the International Monetary Fund as an advanced economy, Malta’s growth rate, which at 5 percent in 2019 was the highest in the European Union, is expected to surge in the coming years. The European Commission expects a 4.2 percent growth rate for Malta in 2020.

Malta’s economy is more industrial than agriculture-base. And while its agriculture sector produces only 20 percent of the country’s food requirements, it has a lot of potential when it comes to limestone and solar energy.

Can’t get enough of ancient history? Malta is home to this ancient underground structure called the Hypogeum which was discovered in 1902 and named one of the World Heritage Sites by UNESCO. The complex and primitive chambers served as a sanctuary and burial ground for at least 7,000 people, the earliest of which was said to be from 4000BC.

Ironically, this historical wonder was discovered during a pre-construction and excavation works for a housing development. A museum now stands at the site, which was reopened only in 2017.

Malta’s history and Baroque architecture has made it a popular location for various movies. Millions of people who followed the Game of Thrones series watched in awe as they were taken to the ancient times by the television series, not knowing that such breathtaking views can be found in Malta. It was also the location for the zombie movie “World War Z”. Malta’s scenery offered an unlimited ancient location for period movies like Troy, Gladiator and the Assassin’s Creed. For Ricasoli in Malta provided a realistic backdrop for the city of Troy.

The government has recognized, the contribution of the movie industry to Malta’s economy. Beginning 2005, financial incentives of up to 25 percent were offered to filmmakers who brought their productions to Malta.

Invaders made Malta’s history very colorful, and its culture very rich. A walk around Malta’s city streets will give you a practical lesson in history with its grand architectural designs and buildings. This country may be small but it was a favorite among various empires throughout history including the French, Arabs, Romans, Byzantines, British and Italian among others.

The Arabs may have conquered and rules Malta for over 200 years but it is not an Arab country. The Arab influence can be seen all over Malta, but so are the Italian, French and British influences.

The prehistoric Megalithic Temples of Malta provide an interesting destination for those who want to take an up close and personal look on the Earth’s oldest free-standing temples and structures. More than just an engineering accomplishment, these megalithic structures are living proofs of cultural evolution.

Valletta, Malta’s capital city, may be the smallest capital in the European Union at only 0.61 square kilometers in size, but it makes up for it with its grand architecture. Valletta’s architecture is a mixture of Baroque, modern and neo-classical. The city’s historical churches, gardens and palaces are not only educational but definitely breathtaking as well.

If you think everything you see in Valletta seems to be in order, you can attribute that to Grand Master La Valette who planned and sketched the city to serve as a refuge for pilgrims and injured soldiers during the Crusades. While he was not able to see his creation, his contribution was recognized as the city was named after him.

It may not be a pleasant memory for its residents but the moniker has stuck. Malta’s strategic location both by sea and air has made it an ideal base for the Allied countries for the purpose of pushing back the enemy’s advances in North Africa. Unfortunately, it has also exposed the country to constant enemy attacks.

Each of Malta’s square miles was a recipient of the most number of bombs dropped compared to other countries during World War 2. If there is a most-bombed country title, then Malta would be able to claim it hands-down.

8. Malta has as much cars as the population

It may be unbelievable but in no time, Malta’s 394,955 registered vehicles may soon catch up with its population of 493,560 people (2019 data). This may be a small country but its people are trying to pack all the vehicles in every square kilometer available. The Maltese love cars so much that almost every family members has a car.

This should give a fair warning to visitors who should prepare themselves with the traffic nightmare once they get to Malta.

10. A country of many Churches

If there is a common feature in Malta’s landscape then it would be the presence of Churches. Malta’s skyline is dominated by grandiose and colorful steeples and domes. In Malta, almost every day of the year is represented by one church. Of the 359 churches in the country, 28 are located in Valetta, the capital city. There are four cathedrals that are well-worth the visit not only for Catholics but also for those who admire ancient architecture.

If you think rabbits are cute and are better owned as pets, be prepared for the shock of your life when you see them served in various homes and restaurants in Malta. Rabbit Stew is considered a national dish in the country. But if you just can’t think of those cute bunnies as gourmet food, then check out the other delicious fares in Malta like the Lampuki Pie, Bragioli or the Kapunata which is Malta’s take on ratatouille.